Do you enjoy the weird and wonderful? Then you've come to the right place! We've got 10 true stories that will boggle your mind and make you question reality.

"Truth is stranger than fiction, but it is because Fiction is obliged to stick to possibilities; Truth isn't." – Mark Twain.

Okay, we're sure you've read quite a number of unbelievably weird stories. But trust us when we say our list takes the cake! From a talking seal to insanely weird gambling stories beyond your imagination, it's all here so let's get started. 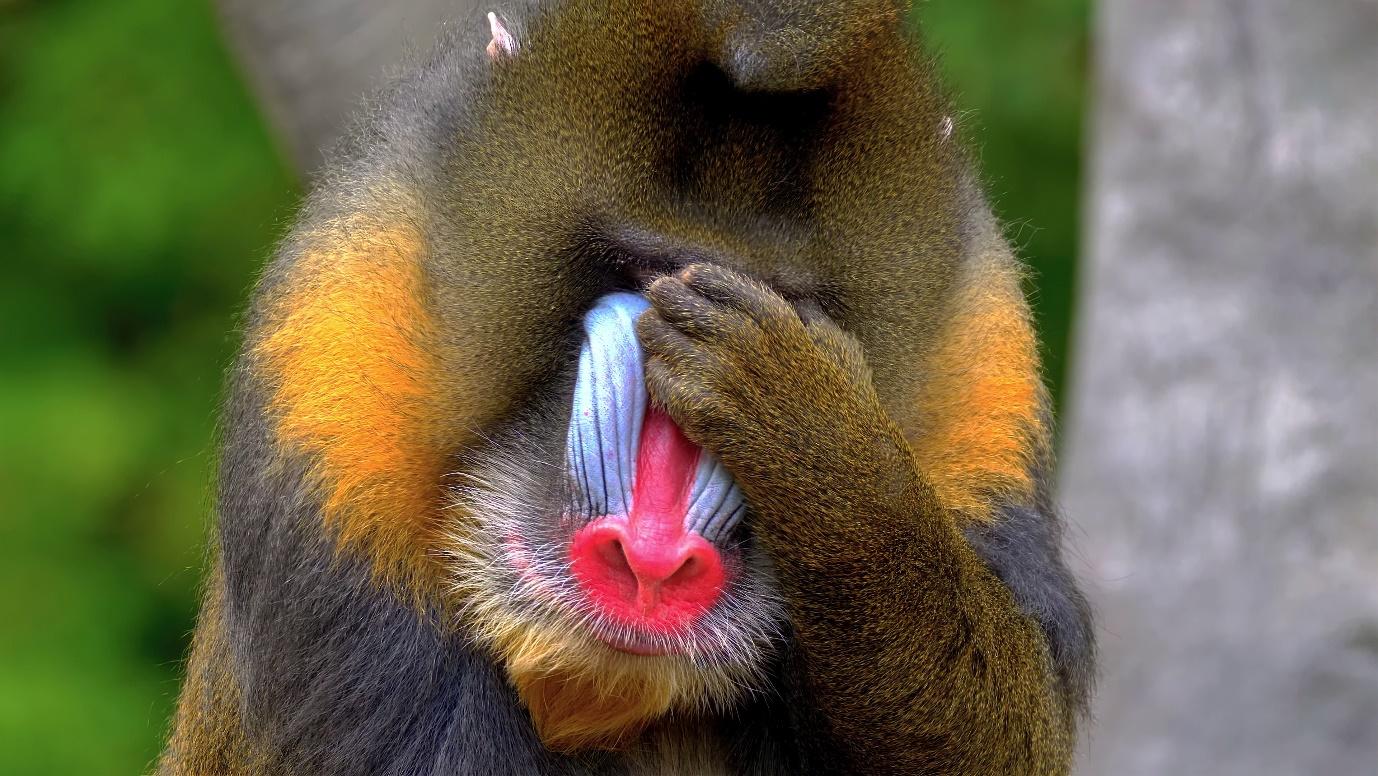 James White went by the nickname "The Jumper" because he would jump from one train bogey to another while performing his job on the railways as a signalman in the Cape Town port back in the 19th century.

One day, Mr. White met with a jumping accident and lost both his legs. In order to continue working for the railway, he hired an assistant. Not just any assistant, a baboon! Mr. White named the baboon Jack. Jack the baboon was fantastic at his job. In his 9 years of service for the railway, he never made a single mistake. The railways even decided to remunerate jack and paid Jack a stipend of 20 cents per day. 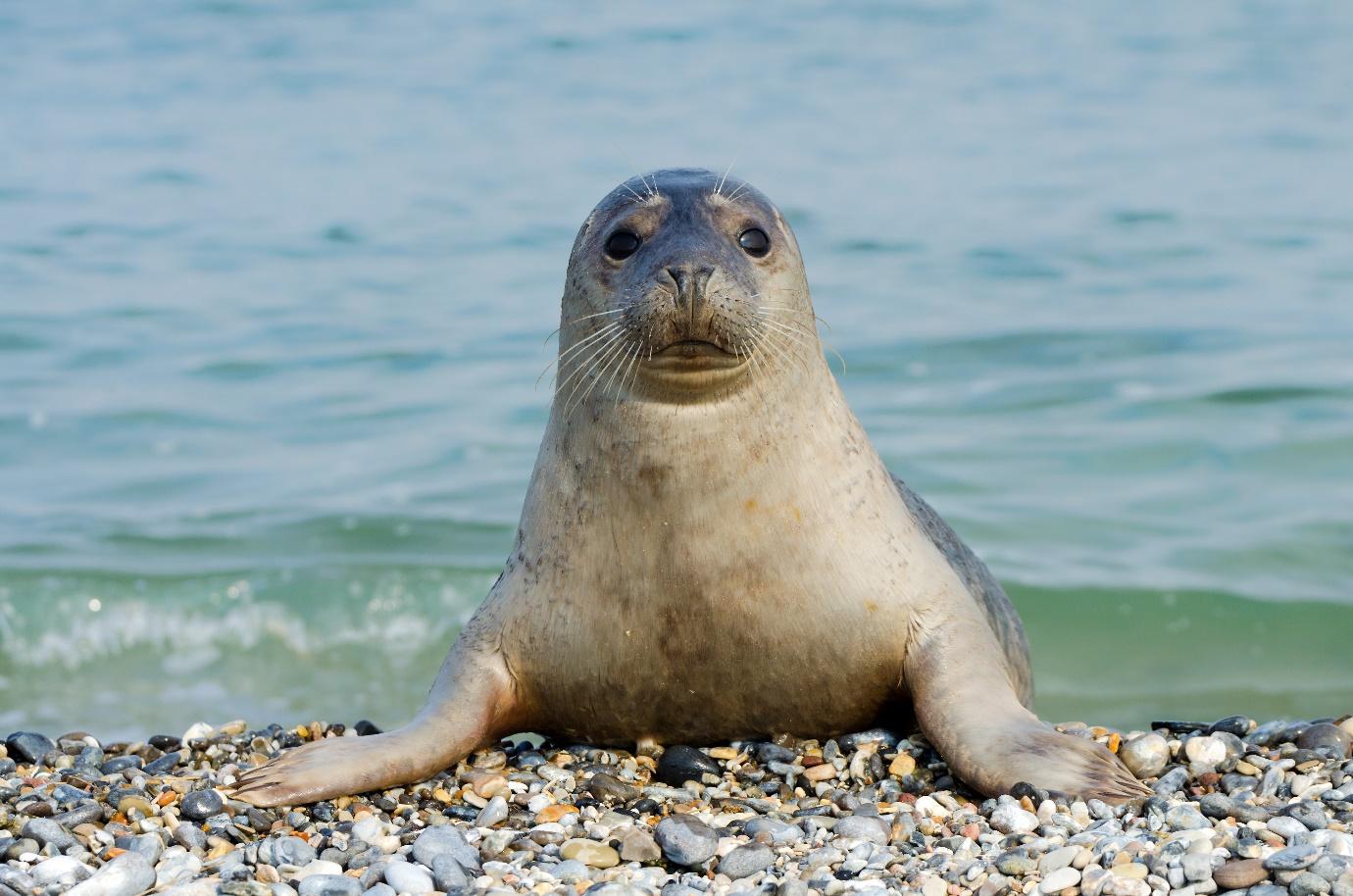 In 1971, a man named George Swallow found a baby seal on the shore and discovered that the seal's mother had passed away. Knowing the seal would not survive by itself, Swallow took the baby seal home. He even named the seal Hoover.

After spending years with Mr. Swallow, Hoover could actually imitate some of the words and common phrases that Mr. Swallow would use around the house. Hoover was a talking seal!

As Hoover continued to grow, he became so big that it was just impractical for him to continue staying at the Swallow household. Also, Hoover's appetite grew a lot bigger than Mr. Swallow could cater to.

Mr. Swallow moved Hoover to his new home – the New England Aquarium. Since the new home was an unfamiliar place, Hoover became quiet and stopped talking. Hoover did not utter a single word for five years. With time, Hoover became accustomed to his new home and finally started to talk again. Some of Hoover's most popular phrases included "Hello There" and "Come Over Here". Hoover became a celebrity in no time and even had a stint on Good Morning America.

3. The Aussie That Won A Quarter Million Lottery Ticket On Camera 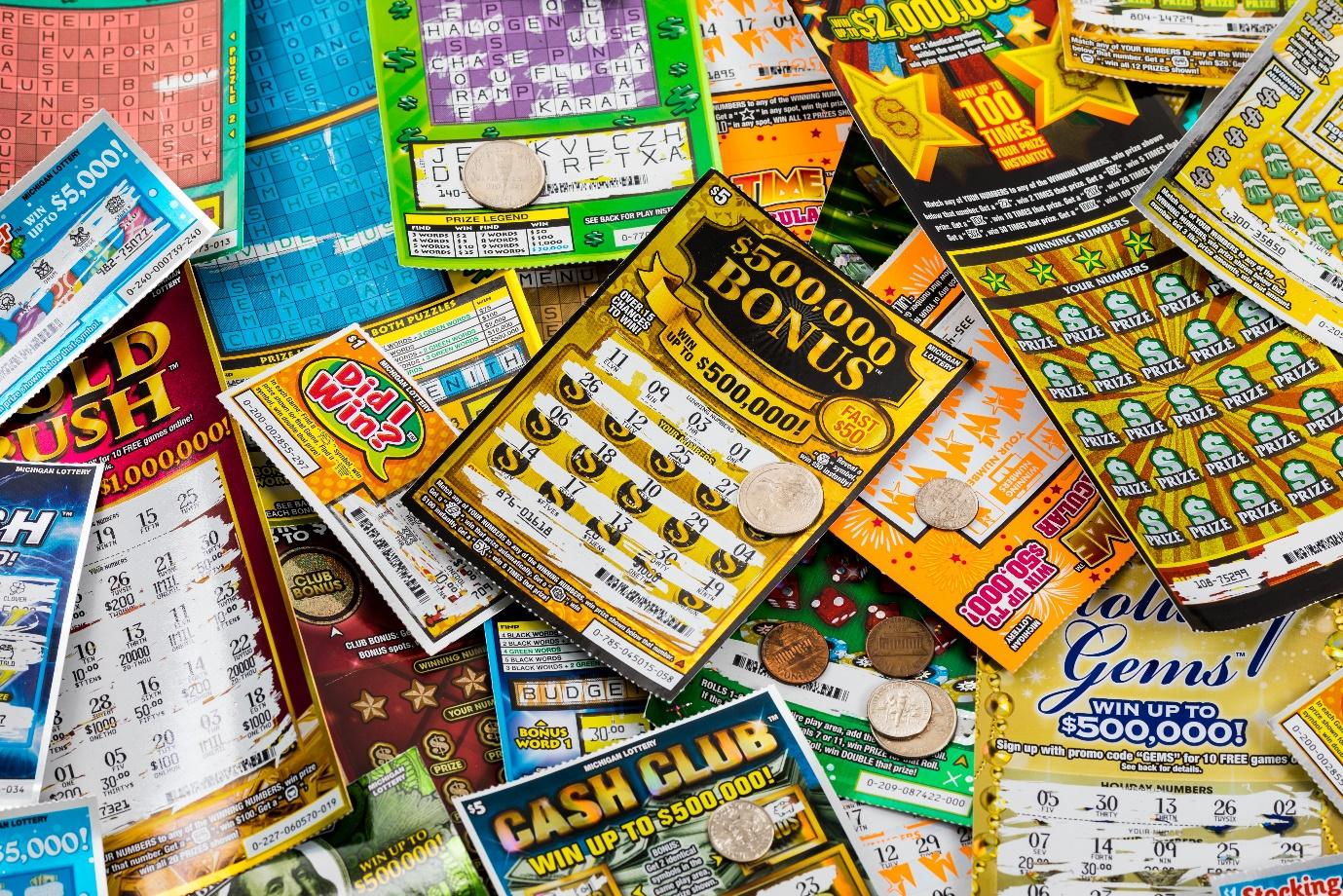 We've all heard of gambling stories where one individual won the lottery multiple times, but this lottery story featuring an Aussie named Bill Morgan is truly incredible.

Mr. Morgan had a heart attack in 1998 and was clinically dead for 15 minutes. Although medical professionals were able to keep him alive, he spent two weeks in a coma. He bought a lottery ticket the following year and won a brand-new Toyota Corolla!

Given his miraculous survival story and his good fortune in winning the lottery, a local television network did a small segment about this story. For the sake of the TV show, Mr. Morgan was requested to act out the day he bought the lottery ticket and won the automobile. He agreed and led the TV team to the location where he had purchased the ticket, where he then bought another ticket and scratched it to recreate the incident. Then the unbelievable happened… The ticket he scratched in re-enactment was a winning ticket, and he just won $250,000 on camera!

But, before you get envious of Mr. Morgan's luck, you should know that he hasn't been very lucky with his health. It has been reported that he continues to suffer from heart problems and arthritis.

4. The Pet Dog That Rose From The Dead 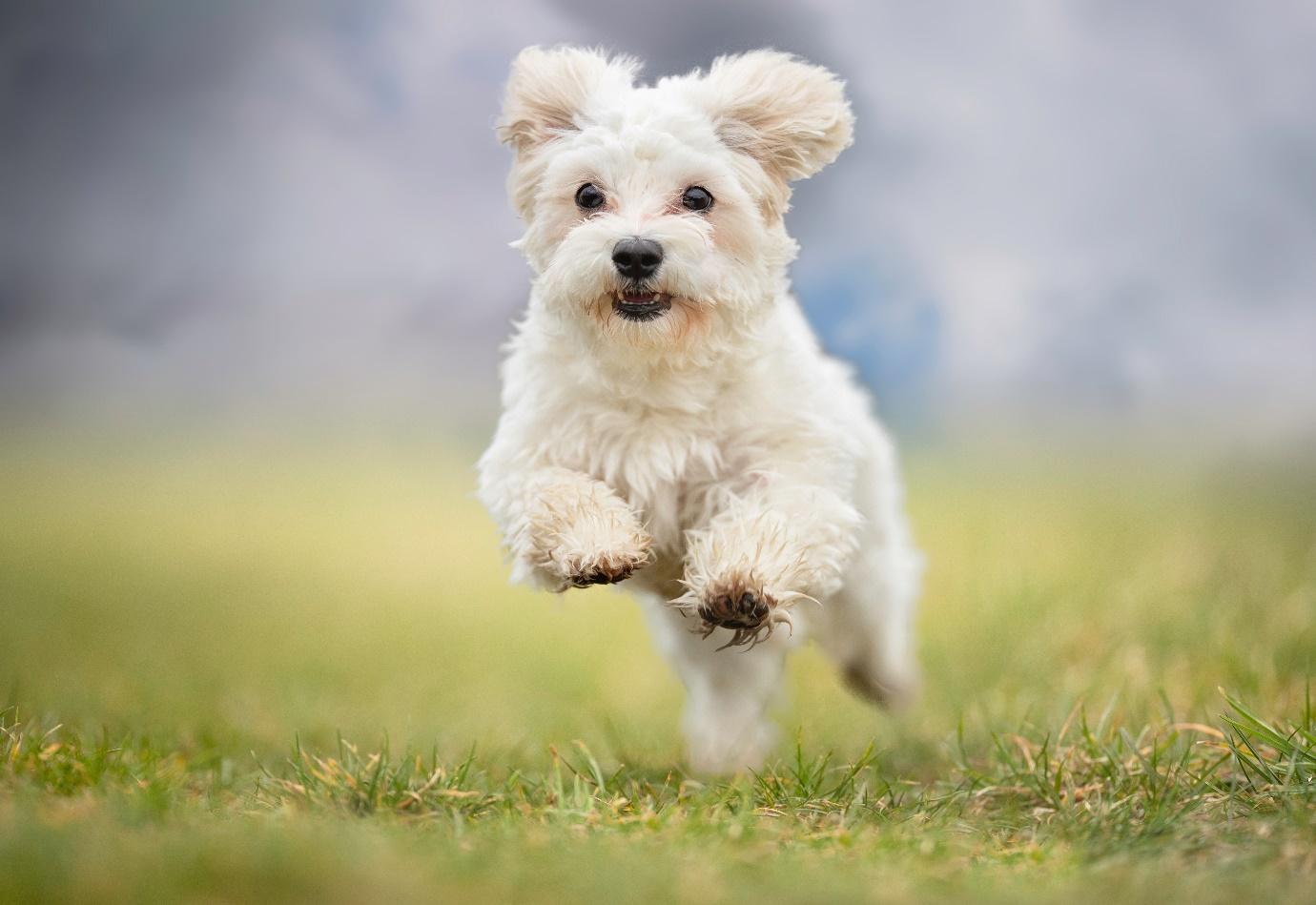 The following anecdote was posted on Facebook by Tamara Baker. When Baker was eight years old, her father and their pet dog Fluffy went with her to the bus stop where they waited for her school bus. Baker's father took Fluffy and buried him. The family then went away for the weekend. When they got back home, they found Fluffy waiting for them on the porch. It turns out Fluffy was just knocked unconscious and he had dug himself out of his burial pit, found his way home, and was waiting for his family to return!

5. Moved Into Their Grandparents' Apartment 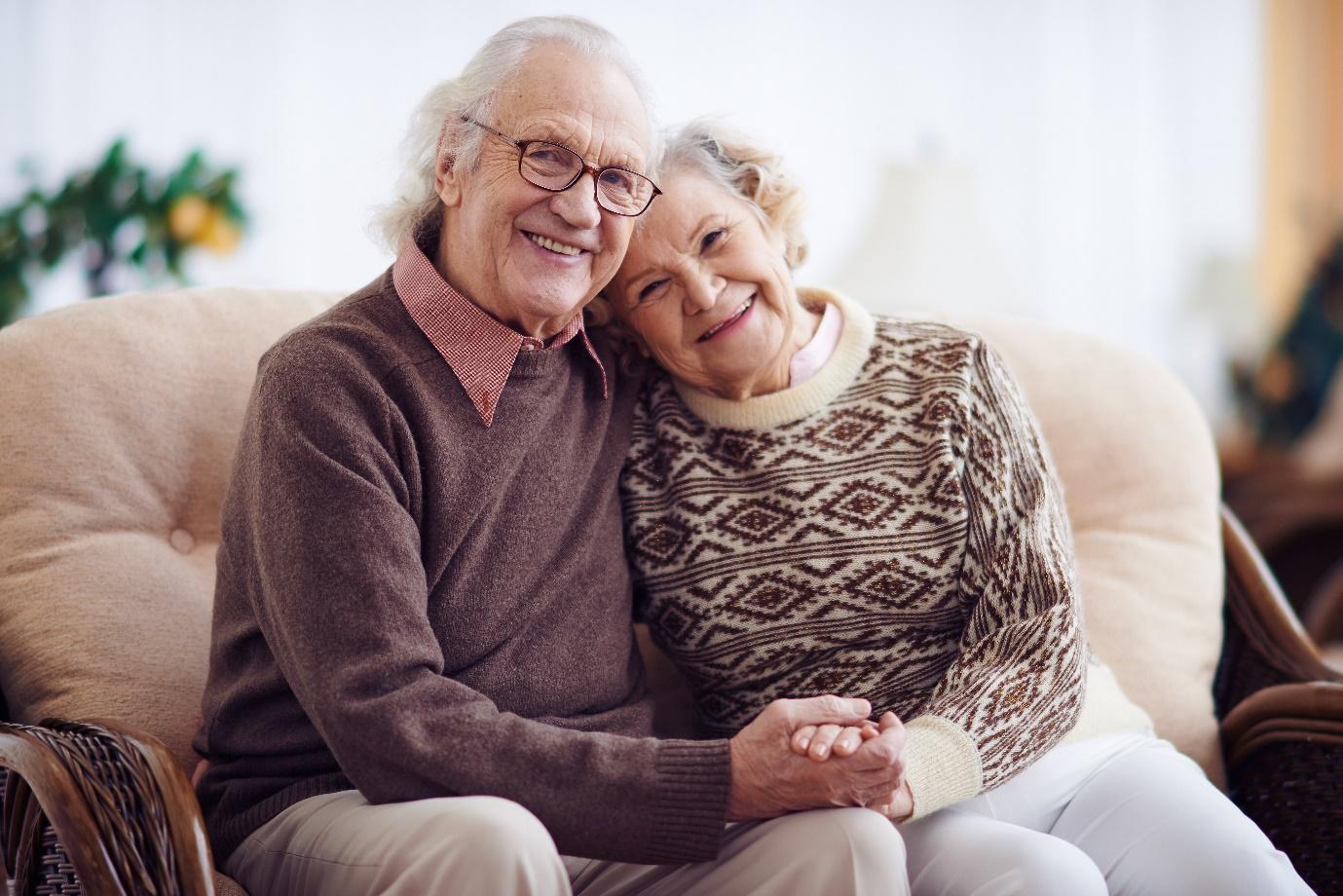 A person going by the handle "thelategreatnobody" posted this narrative on social media. She revealed that when she and her partner had moved into an apartment, they subsequently discovered that it had previously been occupied by her grandparents following World War II. They were unaware of this until the user's mother discovered a letter sent to the grandparents, whose address was the same as the apartment her daughter was then living in. The mother made this startling discovery while sorting through the grandparents' old items to create a Remembrance Day setting at her home.

6. The Kind Nurse With A Dark Secret 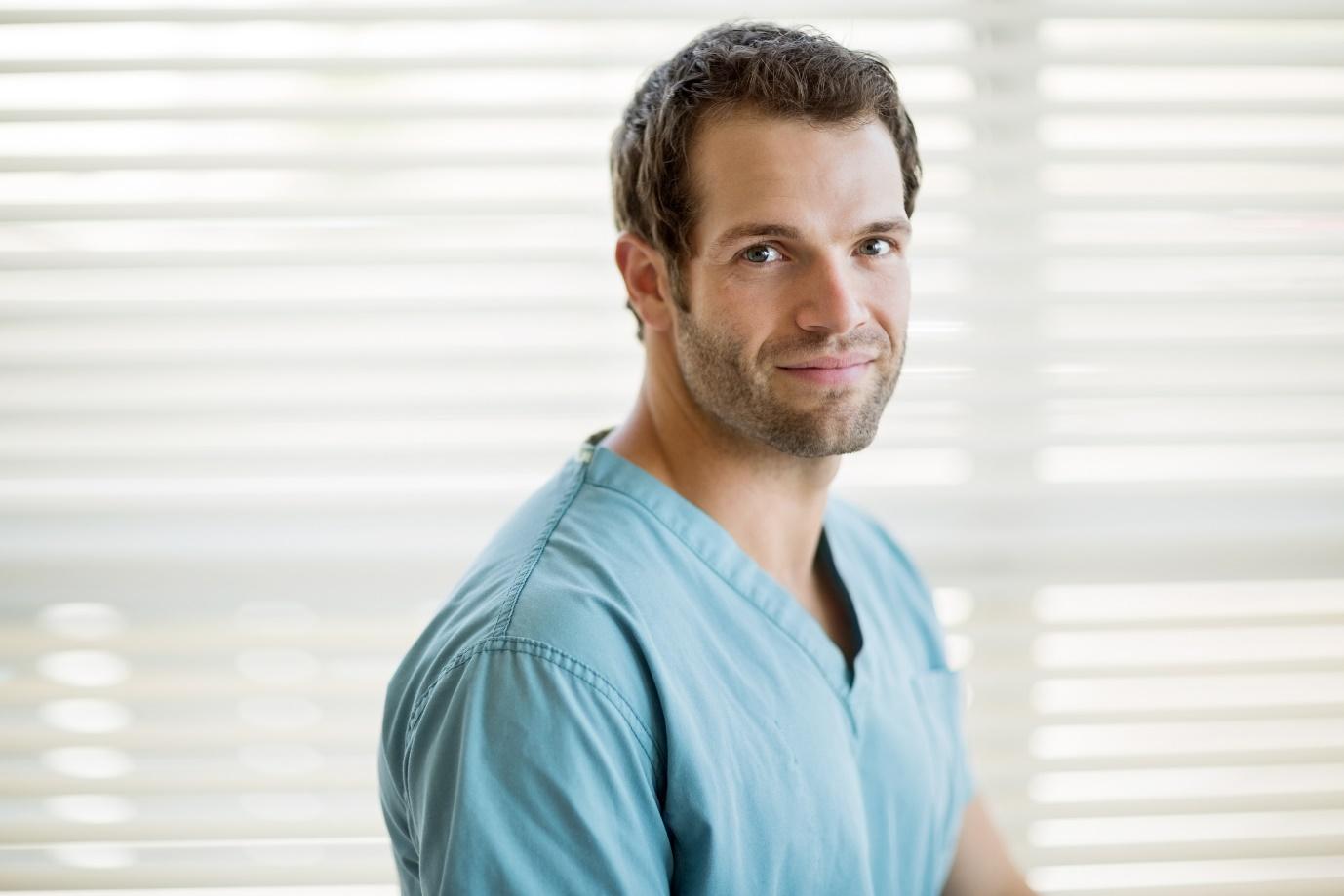 One internet user shared a story about how they had interacted twice with a very kind nurse at a hospital. Once, the nurse had allowed them to see their father in the ICU even though it was not technically allowed under the circumstances (3 A.M). The nurse had also cared for their paternal grandmother in the ICU six months later. One day, the user received a phone call from their father asking to tune into CNN. It turned out that the kind nurse was Charles Cullen, a man that had confessed to killing as many as 40 patients. 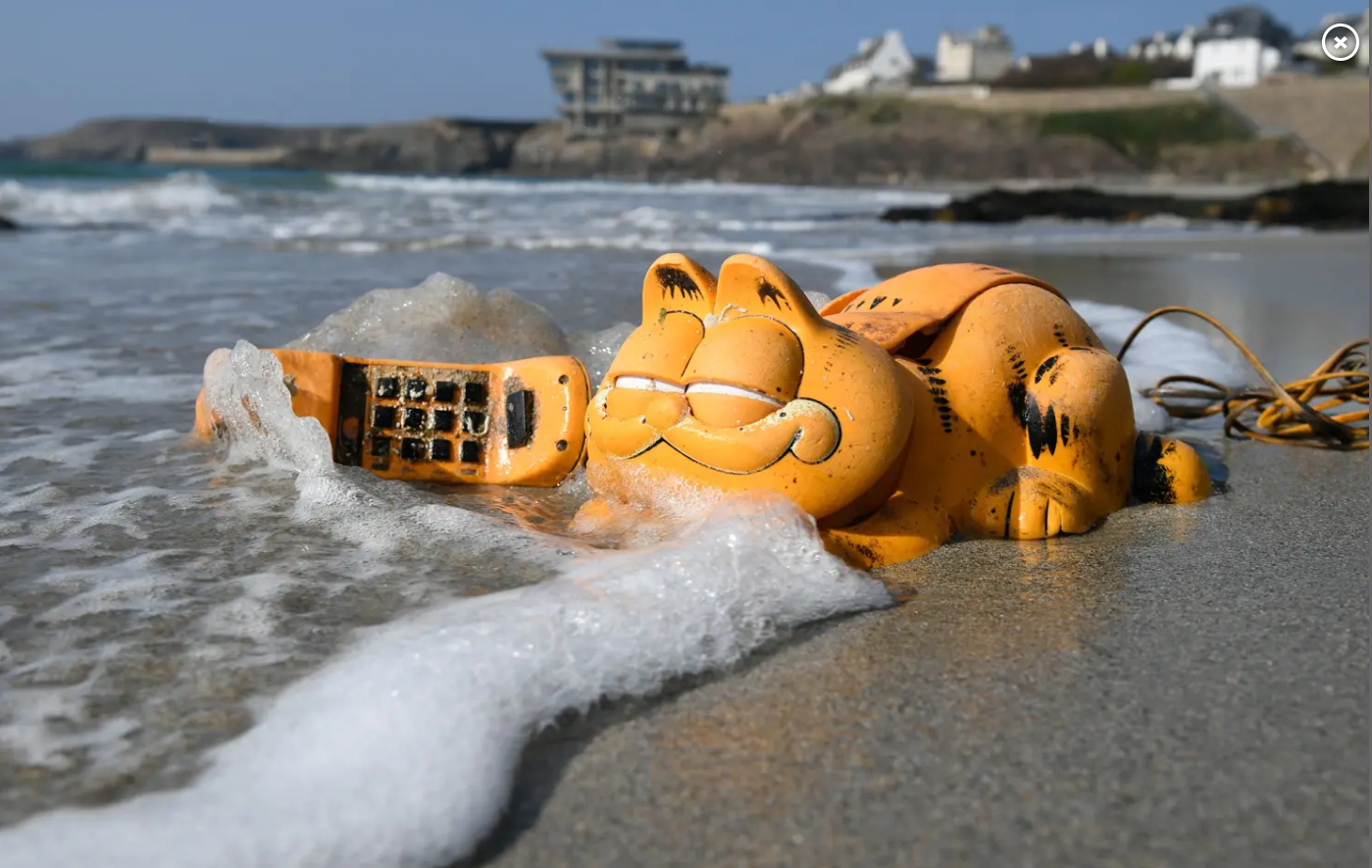 A lot of us know and adore Garfield the cartoon cat that loves lasagna and hates Mondays. But what many of us - Garfield fans included - may not know is, that for three decades Garfield phones kept appearing on French beaches. There seemed to be no explanation as to why these Garfield phones would keep washing up onto the shores of France. The first Garfield phones started showing up in the mid-1980s. The phones were usually in tattered condition. People would find plastic pieces of the receiver or parts of Garfield himself.

For the next 30 years, this strange occurrence would continue to puzzle experts. The answer only came in 2019 when a thorough investigation was undertaken after more than 200 phones washed up in 2018 alone. It turned out the phones were coming out of a dislodged shipping container that had somehow made its way into a partially underwater cave. When authorities were finally able to access the container during low tide, they discovered that the container was already empty.

8. Joe Cummings And The Woman That Lived For 2 Weeks In His Cupboard 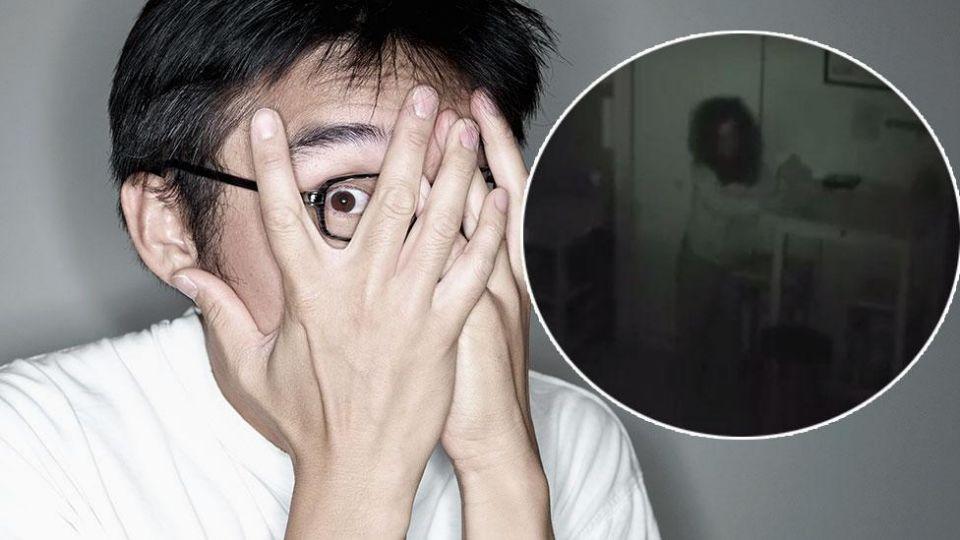 This happened in 2009 in Manhattan. After realizing that food was going missing and his sink smelled like urine, Joe Cummings set up a camera in his house. Just imagine his pure horror when he reviewed the camera footage and found that a creepy woman would lurk out from the cupboard, pee in the sink, and then pick out food from the refrigerator to eat. She would even sit on the couch and watch some television. If she heard Cummings making his way downstairs, she would simply sneak back into the cupboard. Eventually, she was apprehended by the police. 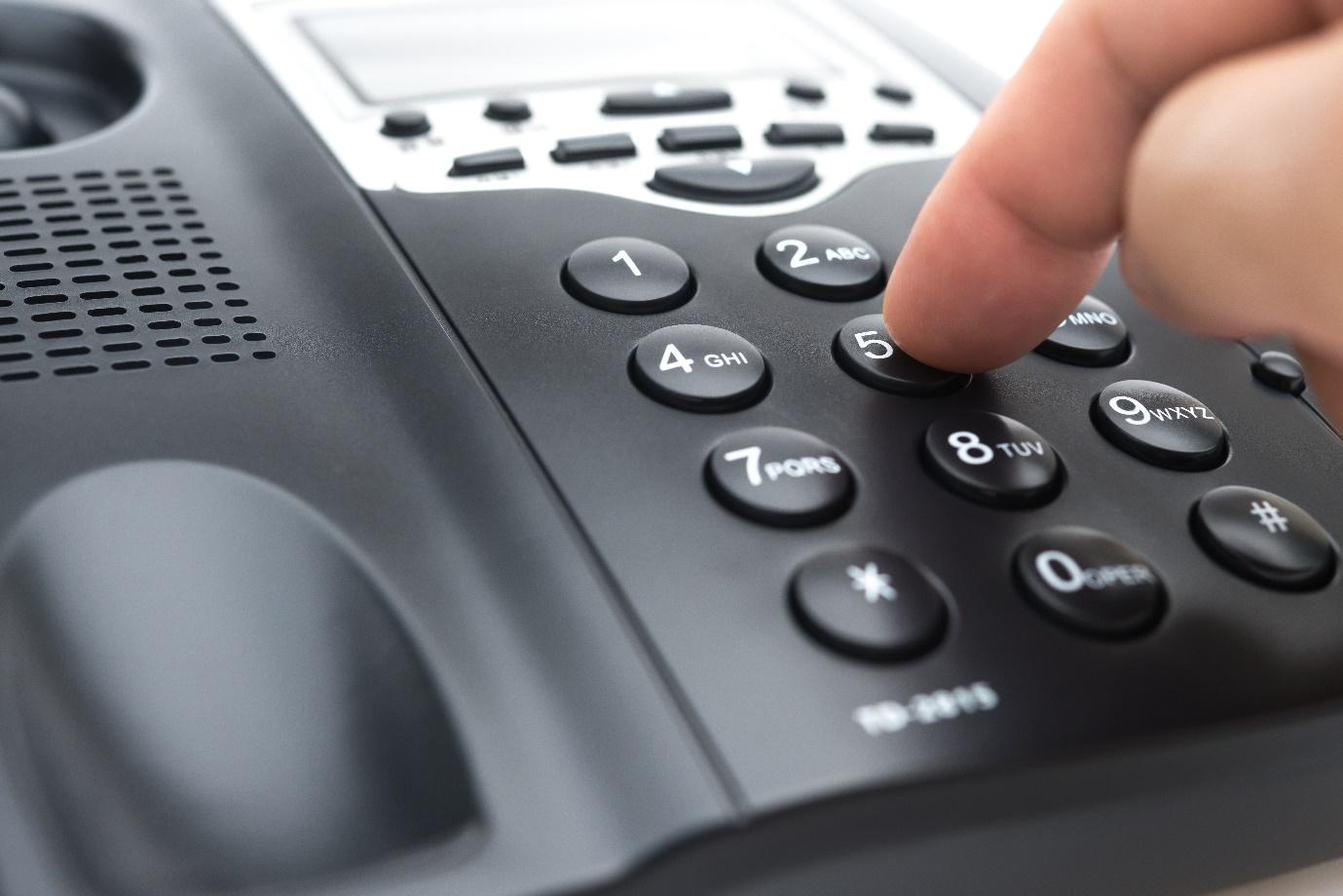 We've heard of unlucky numbers, but have you ever heard of an unlucky phone number? Well, that's exactly what the Bulgarian phone number "0888 888 888" is. Every person that the number was assigned to ended up dead. In fact, the phone company itself decided to permanently discontinue the number given its eerie track record.

If you try calling the number now, you only get a message that the number is outside network coverage. The first owner of the number was the CEO of Mobitel (the phone company itself) and he passed away from cancer in 2001. The next owner was a Mafia boss who was shot in the Netherlands. The third and last owner was a businessman that was killed in 2005. It was later discovered that the last owner was actually the ring leader of a cocaine trafficking operation. 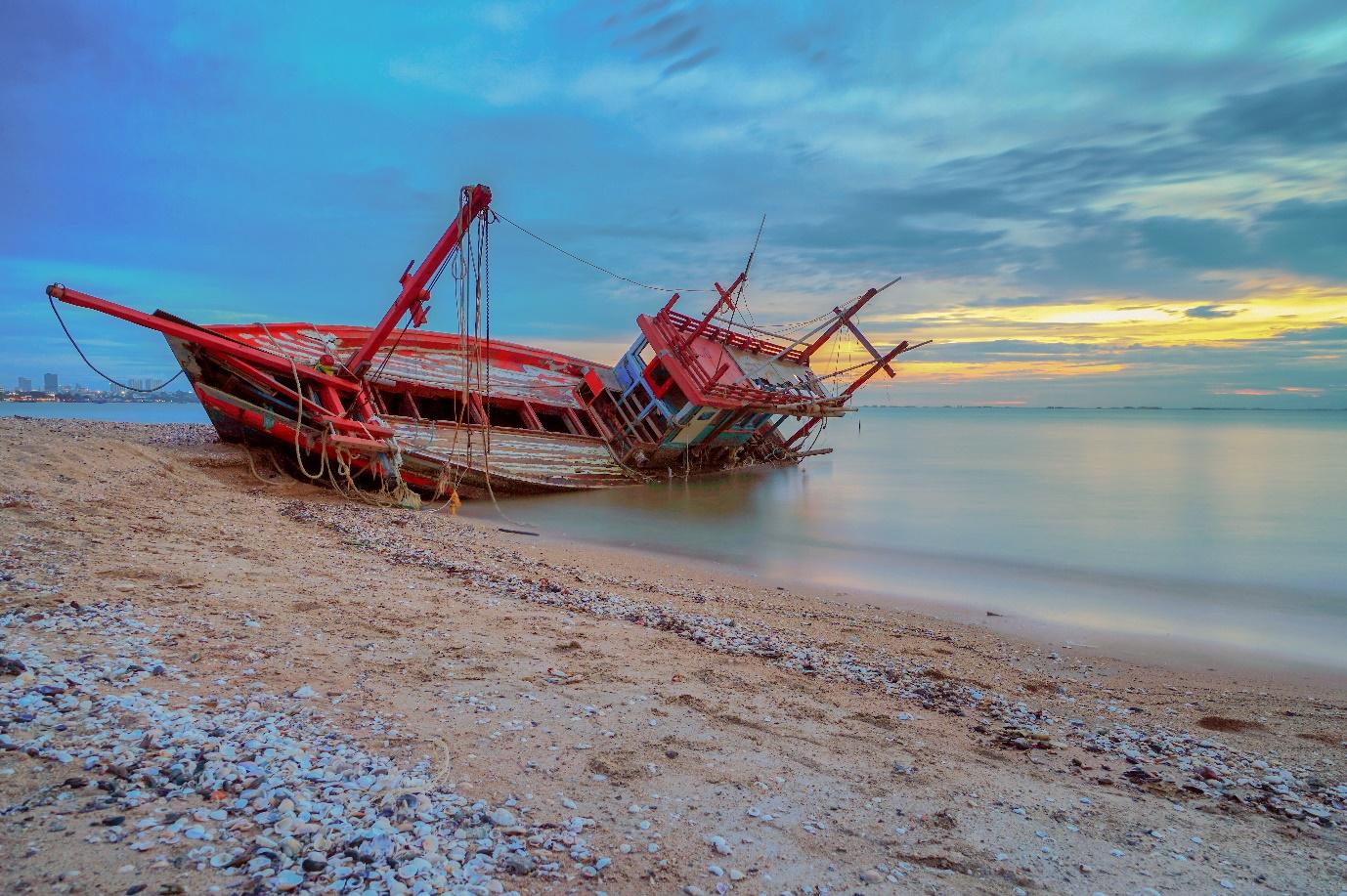 Edgar Allan Poe published a novel in 1983 called The Narrative of Arthur Gordon Pum of Nantucket. In the story, three sailors had to eat their friend in order to survive a shipwreck. In 1884, this actually happened in real life. Three shipwrecked sailors had to eat their friend to survive. The really unbelievable thing was that, in both the novel and in real life, the man that became food for his friends was named Richard Parker.