Ten-year-old Benedetto Supino made a strange discovery about himself in 1982 while waiting at a dentist's office in Formia, Italy. While reading a comic book, he found that he could set things on fire just by staring at them. Suddenly, the book in his hands burst into flames. 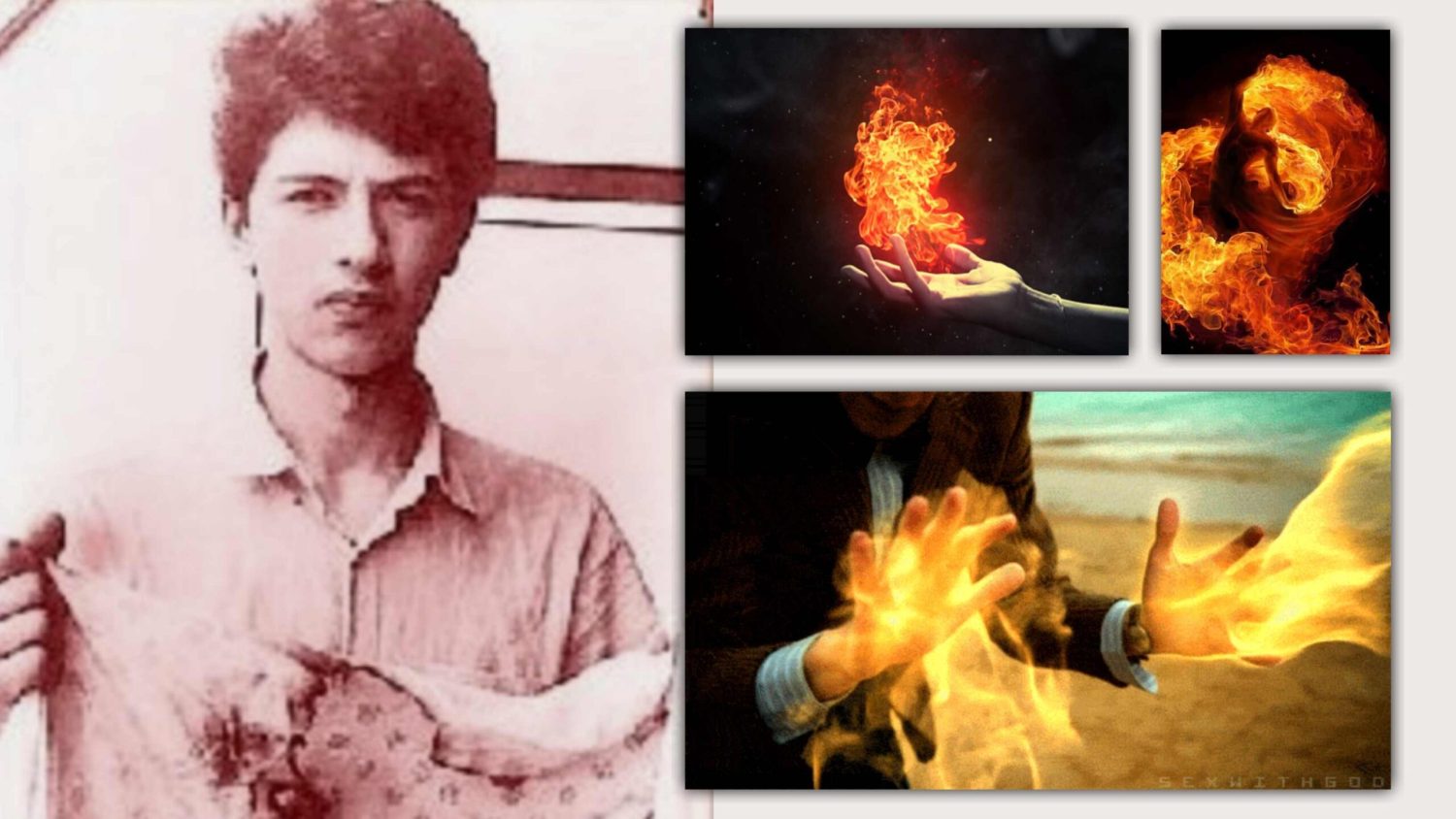 When the incidents first occurred, it is likely that Benedetto insisted on his innocence, but was not believed. However, as the pattern of things catching fire in his presence continued, the adults around him may have become more convinced of his unusual ability, especially when they witnessed him setting things alight without the use of a match or other visible means.

A few days after the initial incidents, Benedetto was awakened by a fire in his own bed. His pajamas were ablaze and he sustained severe burns. The phenomena did not stop there, and Benedetto found that he had no control over this ability, turning it into a curse for him.

There were many other instances where Benedetto's ability manifested itself. On one occasion, a small plastic object held in his uncle's hands caught fire as Benedetto stared at it. Other witnesses reported seeing his hands glow during these incidents. Everywhere he went, items such as furniture, paper, books, and other objects would begin to smolder or burn in his presence. It seemed that he was unable to control this power and it caused chaos wherever he went.

According to some accounts, Benedetto had a tendency to set things on fire wherever he went. Fuse boxes ignited, newspapers burst into flames, and small objects would begin to smoke and burn in his presence. His parents were understandably worried and sent him to doctors and physicists for examination, but they were unable to find any logical explanations for his strange abilities.

Despite the efforts of medical professionals and scientists, they were unable to find any explanation for Benedetto's ability to set things on fire. Later, he was even sent to an Archbishop for evaluation, but this too did not yield any results. The burden of this power weighed heavily on the young boy, who reportedly said:

"I don't want things to catch fire, but what can I do?"

With the assistance of a parapsychologist, Dr. Demetrio Croce, Benedetto was eventually able to gain control over his abilities. It is unclear exactly how this was achieved, but it seems that the help of the parapsychologist was instrumental in helping him to manage his power.

Benedetto Supino's story made headlines in Italian newspapers in the 1980s, but his current whereabouts are unknown. He has been referred to by various names in books and magazines, including "Human Torch," "The Fire Boy," "Benito Supino," "Benedicto Supino," and "Human Flame Thrower."

We know that Benedetto Supino was born on December 5, 1973 in Formia, Italy. He is now 46 years old. It is possible that he is living among us, but there is no information available on his current whereabouts or what happened to him during his childhood or adolescent years.