Furious bar owner hits back at a customer who left a negative Facebook review and described them as 'entitled little toddlers.'

The female customer, only identified as 'Jo,' left a scratching review after visiting The Cowshed at Hucknall, Nottinghamshire, UK, for her sister-in-law's 50th birthday.

Jo claimed that her party spent at least £700 ($960) between them on drinks and pizza before 'staff with awful attitude' kicked them out.

While she admitted that one of her friends vomited on the floor, she claimed they cleaned it up. So, that wasn't a good reason for the staff to kick them out of the bar.

In the review, the woman said:

"[They] didn't mind taking the £700 though, I have never been spoken to in such a way. Maybe they should be open to reviews. And yes, our family member was sick, and YES WE CLEANED IT UP. So no members of staff were affected by this.

"Maybe a course for your staff in customer service wouldn't go amiss. Rude staff huffing and puffing because they had a large round to bring out!" 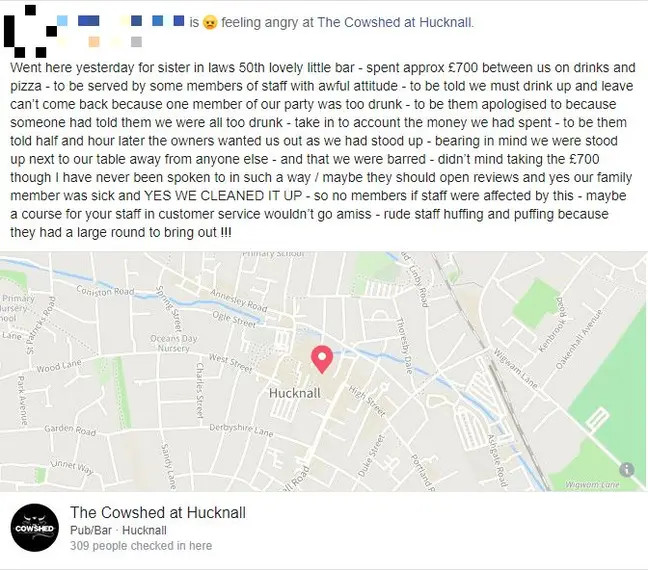 While Jo's attempt was to shame the establishment publicly, she wasn't prepared for the owner's brutal response.

Unwilling to let the negative comments slide, the pub owner responded with a lengthy sarcastic post on the bar's Facebook page.

First, the pub pointed out some alleged inaccuracies the customer claimed they spent.

"So, seeing as you are having trouble with your memory & maths, I went over our point of sale system this afternoon for you, along with viewing our footage of your party on CCTV and our copy of your receipts."

"If you are going to lie, embellish, or try to fabricate a ridiculous narrative about your time at our bar... At least make it a believable one."

Not finished, the comeback continued:

"With the ironic exception of the young adults that were with your group and one or two others, you all acted like belligerent, entitled little toddlers from the moment you walked through our gates." 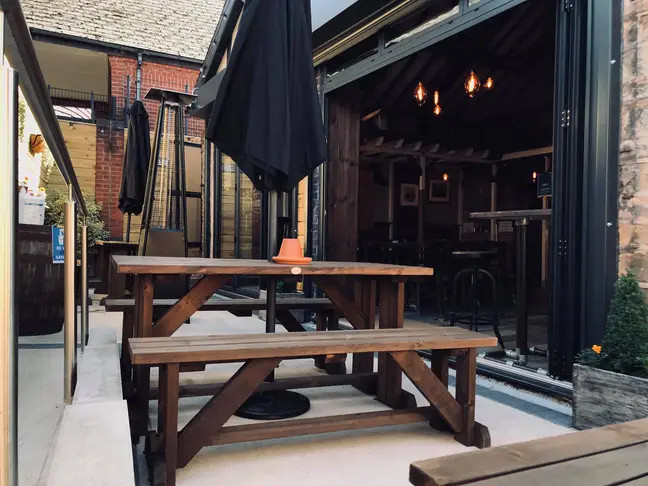 The post also explained that the group smeared birthday cake on the table and benches and even pulled off light fittings.

The owner concluded with their biggest grievance: 'the group treated staff like their own personal servants.'

"Rather than treat our staff like human beings that are just trying to earn a wage, you decided to treat them like your own personal servants… Clicking your fingers, shouting, swearing and barking your orders at them, to the point one was almost in tears."

"You were the loudest, most obnoxious group in the whole bar. Just being a nuisance in general, and other customers were starting to complain about you at this point."

"Then, for your party's grand finale, [a] gentleman headed into our bar from outside… and decided to vomit everywhere but the toilet."

"Our staff stepped in to help, but you demanded to deal with the situation. And rather than clean up the mess, you proceeded to smear it over an even wider area with our mop, while... once again, being loud, rude, sticking your hand in our staff's faces and shouting over anybody who was trying to communicate with you or help."

The bar owner also noted that they didn't bar anyone as the complaint initially claimed.

However, for 'playing victim' on the internet and telling 'lies,' the owner added that the group could 'consider this [their] official barring.'

"My only regret was not kicking you all out sooner."