Has the Censorship sailed? (see I have already fulfilled half of my title…)

In 1981 J. D. Salinger's 'The Catcher in the Rye' was the most censored book in the world.

It Was The Most Taught Book In The US 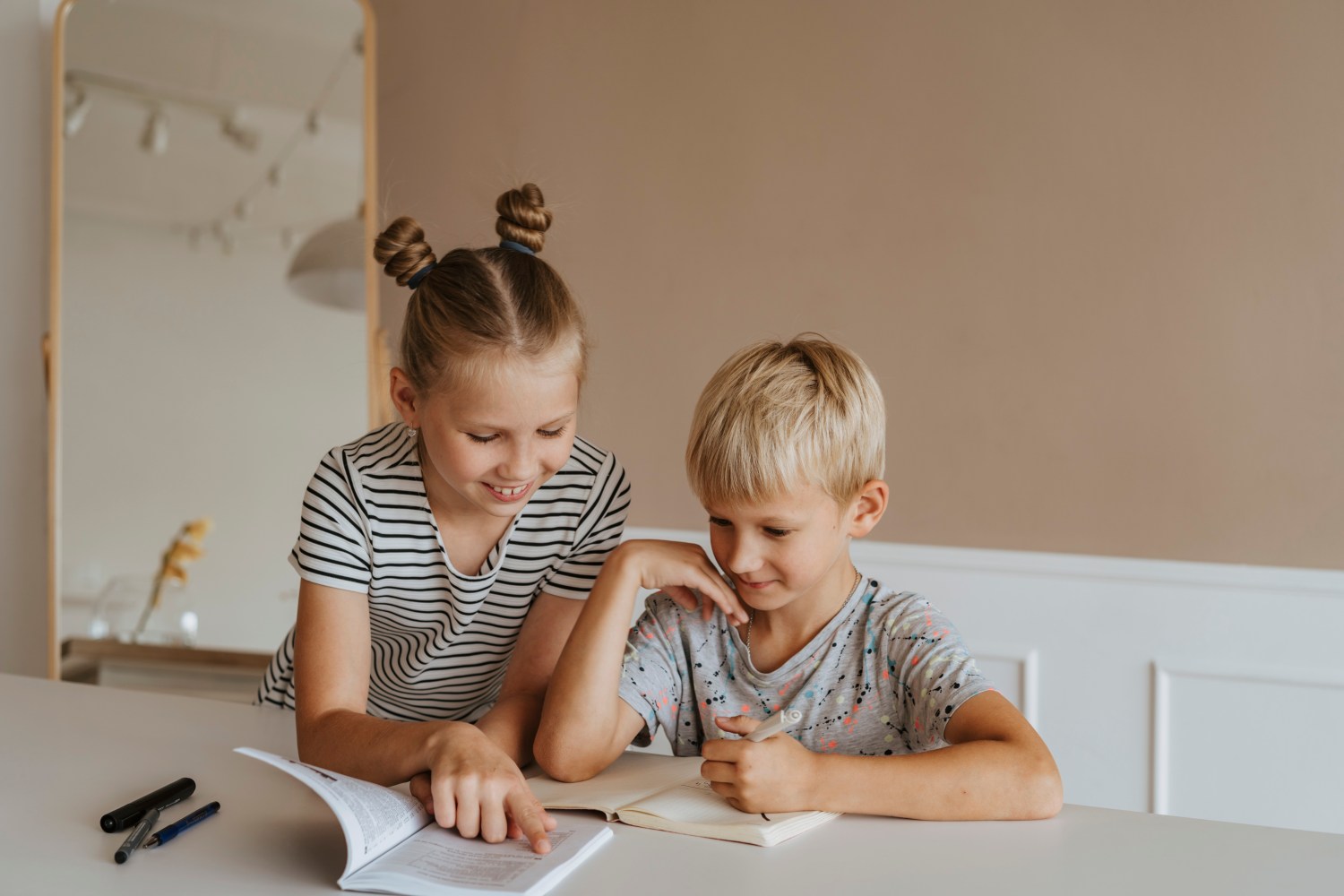 I'm feeling righteous so today I am going to discuss censorship in literature.

The motives – and the exceptions to banning/ censoring books

Is controversy a necessity of so dubbed 'classics'?

One of the most common elements of banned books centralizes around criticism or open denigration of religious themes.

These can include but are not limited to the 'encouragement of damaging lifestyles'... Those actions and behaviors that are not considered to adhere to social norms or mores.

Anything Your stuffy Headmaster Disapproves Of... 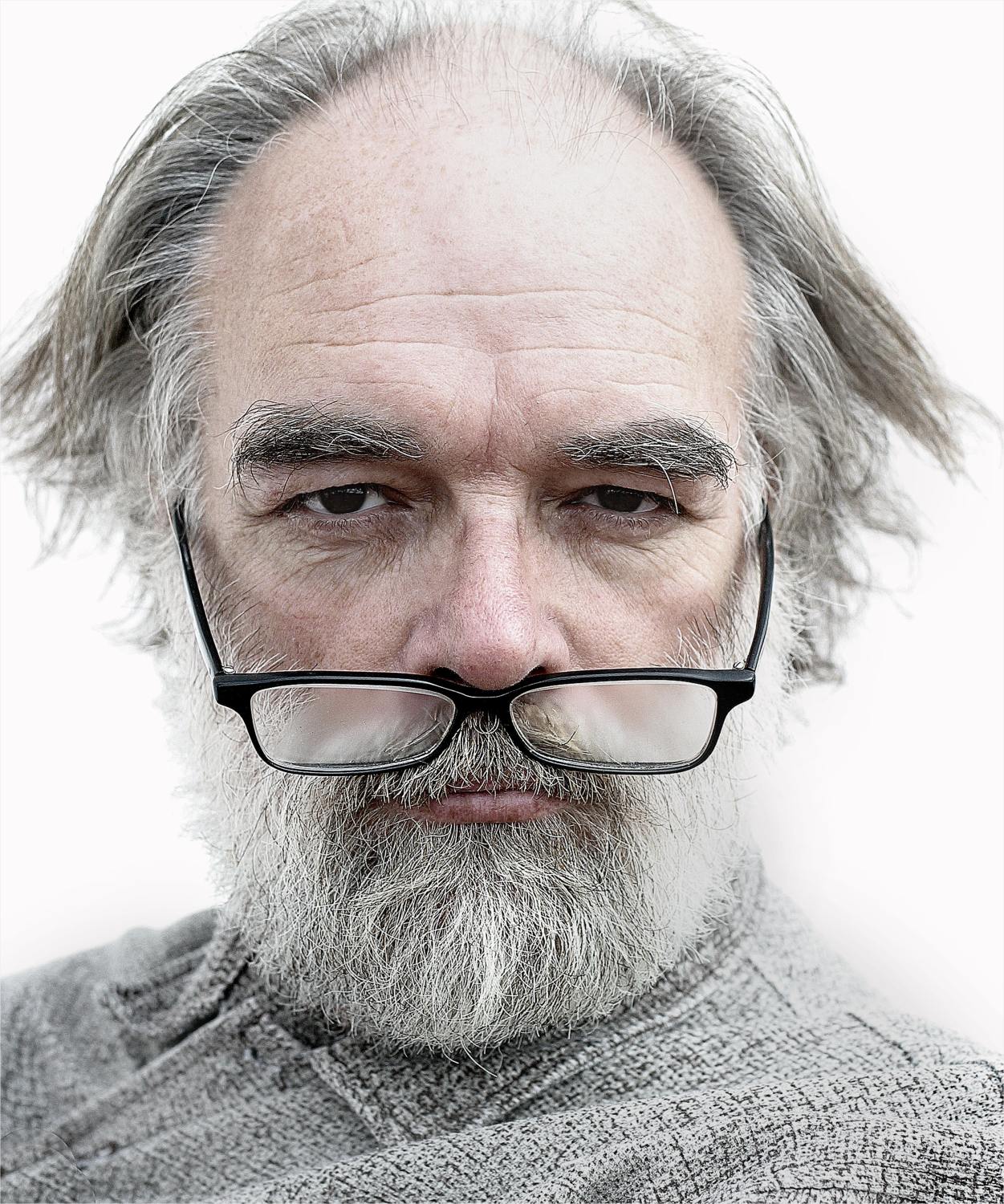 Drug use or sexual promiscuity, along with 'blasphemous dialog,' 'violence or negativity, 'age appropriateness,' and 'political bias'...

Interestingly here, the reference to 'damaging lifestyles' dips into several of the other topics...

Sexual activity before marriage, theft or violence, age appropriateness, and so on.

Commenting The Argument For 'negativity' 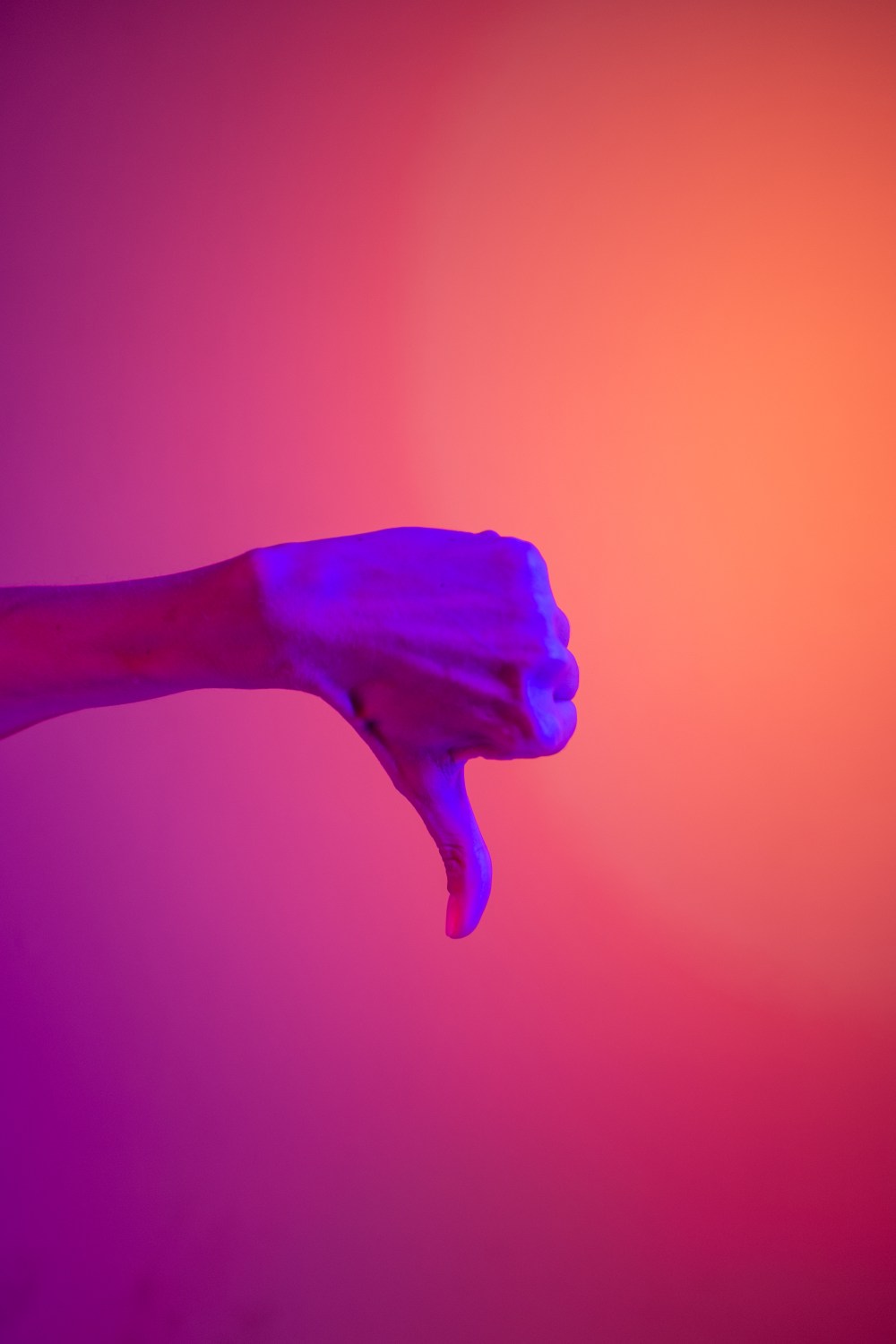 The novels with an excessively depressing or hopeless outlook are censored.

Nonetheless, the referenced 'blasphemy' and 'violence' are suitably excusable, yet their inclusion raises the question of what is considered 'age-appropriate.'

Humans are, of course, deeply subjective creatures, not least in our adolescence, when our very identity is in flux.

Therefore, can one adult (and it will invariable be adults that decide) with even an ounce of the accuracy measure the individual maturity of a young adult or child?

In 2008 Phillip Pullman contested the change in age banding for children's books. He took particular offense to the perceived 'pink and bluing' of the recommendations such as 'boys 11+' or 'just for girls.'

He was backed up in his endeavours by Jacqueline Wilson, Michael Morpurgo, and Terry Pratchett.

...But Not Every Child Is The Same 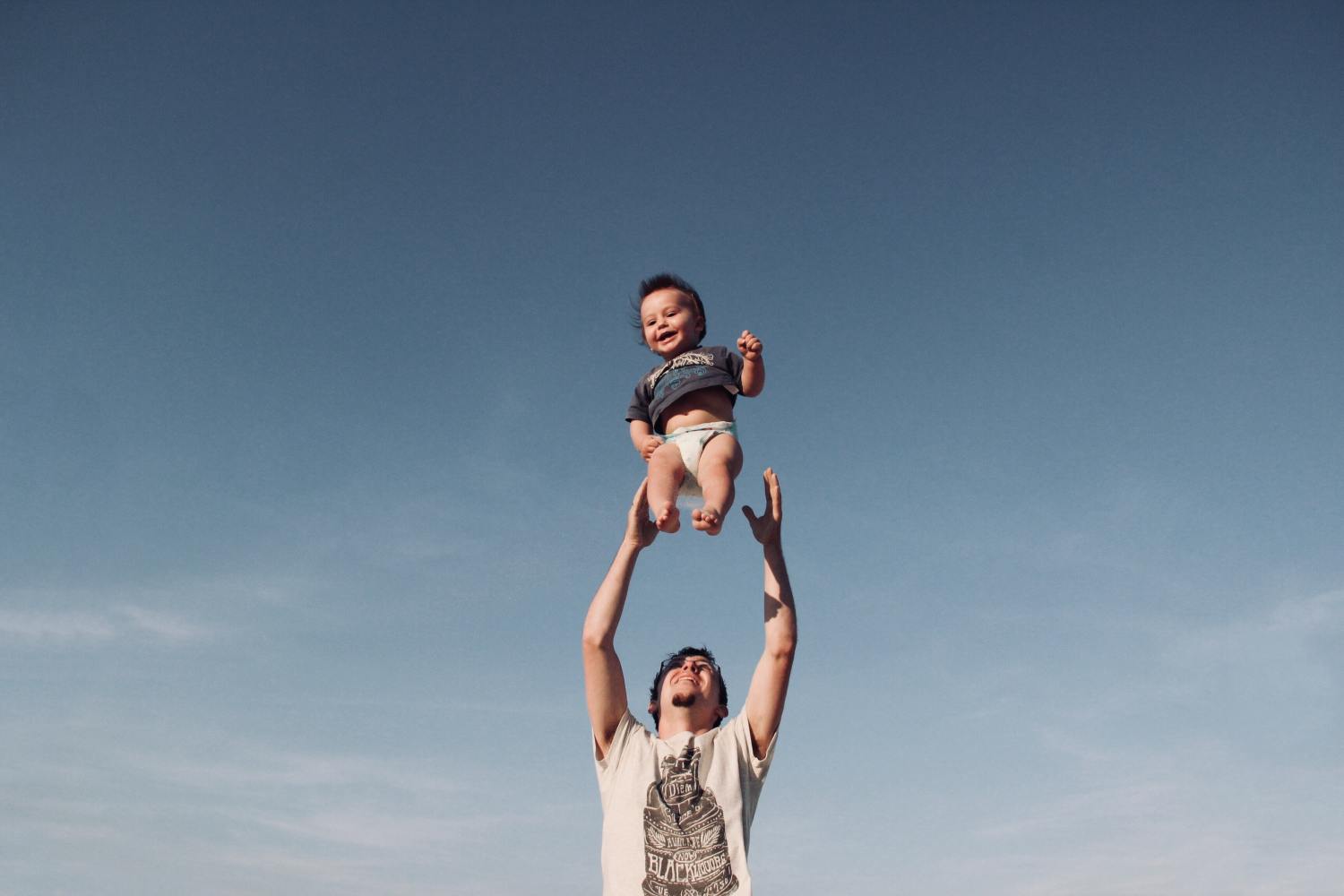 Here Pullman crucially points out the individualism that society both encourages and staunchly inhibits.

As a consequence of the authorial revolt, several publishers withdrew the age brackets, including Pullman's own publisher, Scholastic.

Next up: the political bias.

The most prestigious political novels - think George Orwell with 1984, Animal Farm, Road to Wigan Pier, to name a few - have all been banned in some capacity.

I reckon we can guess why...

Orwell struggled to find publishers for his novella 'Animal Farm'. It was cited that the issue lay with the strong criticism of the Soviet political system. This was when Britain's alliance with the USSR during World War 2 was delicate at best.

On the other hand, significantly stronger projections of political views have also been banned en masse. Unavoidable examples include Adolf Hitler's 'Mein Kampf.'

No-one contests that. This is where a hard and fast rule isn't appropriate.

The anxious line between censorship and fascism always has to be drawn before it can be breached.

In fact, only recently have Germany and other Axis-aligned nations reinstated the book because the copyright law previously preventing its republication expired.

'Mein Kampf' Has No Place On Bookshelves 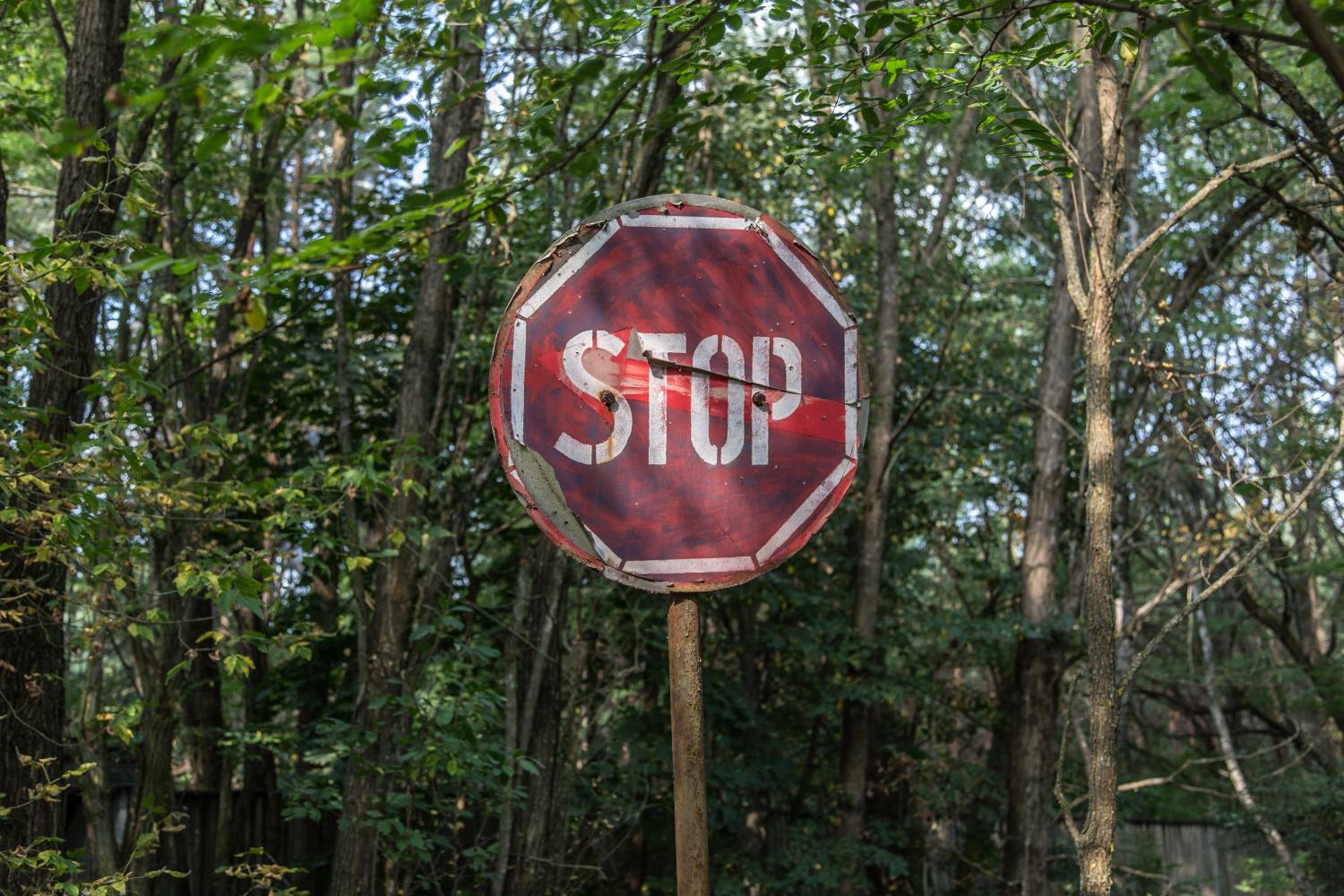 It does warrant a place in historical records, however. But posterity is not the same thing as a clean slate.

Even in its re-publication, the edition available in Germany is heavily annotated. Editors have contextualized it for historical and educational purposes in schools and universities.

Doubtlessly, however, the most brutally effective method of censorship was itself under Hitler's jurisdiction.

This means we have to be careful about sweeping statements because absolute power corrupts absolutely.

Other examples of texts targeted for censorship include:

Women writers – notably 'Mrs. Dalloway by Virginia Woolf, Jeanette Winterson's 'Oranges are not the only fruit' and Sylvia Plath's 'The Bell Jar.'

LGBTQ themes – 'The Perks of Being a Wallflower by Stephen Chbosky, Virginia Woolf's 'Orlando', and David Levithan's 'Two Boys Kissing' (aimed at the YA genre).

In many cases of these categories of censorship-riddled genres, the main offense appears to be a deviation.

These revolutionary themes and perspectives didn't comply with the established literary standard. Just think how much they could have influenced hearts and minds. 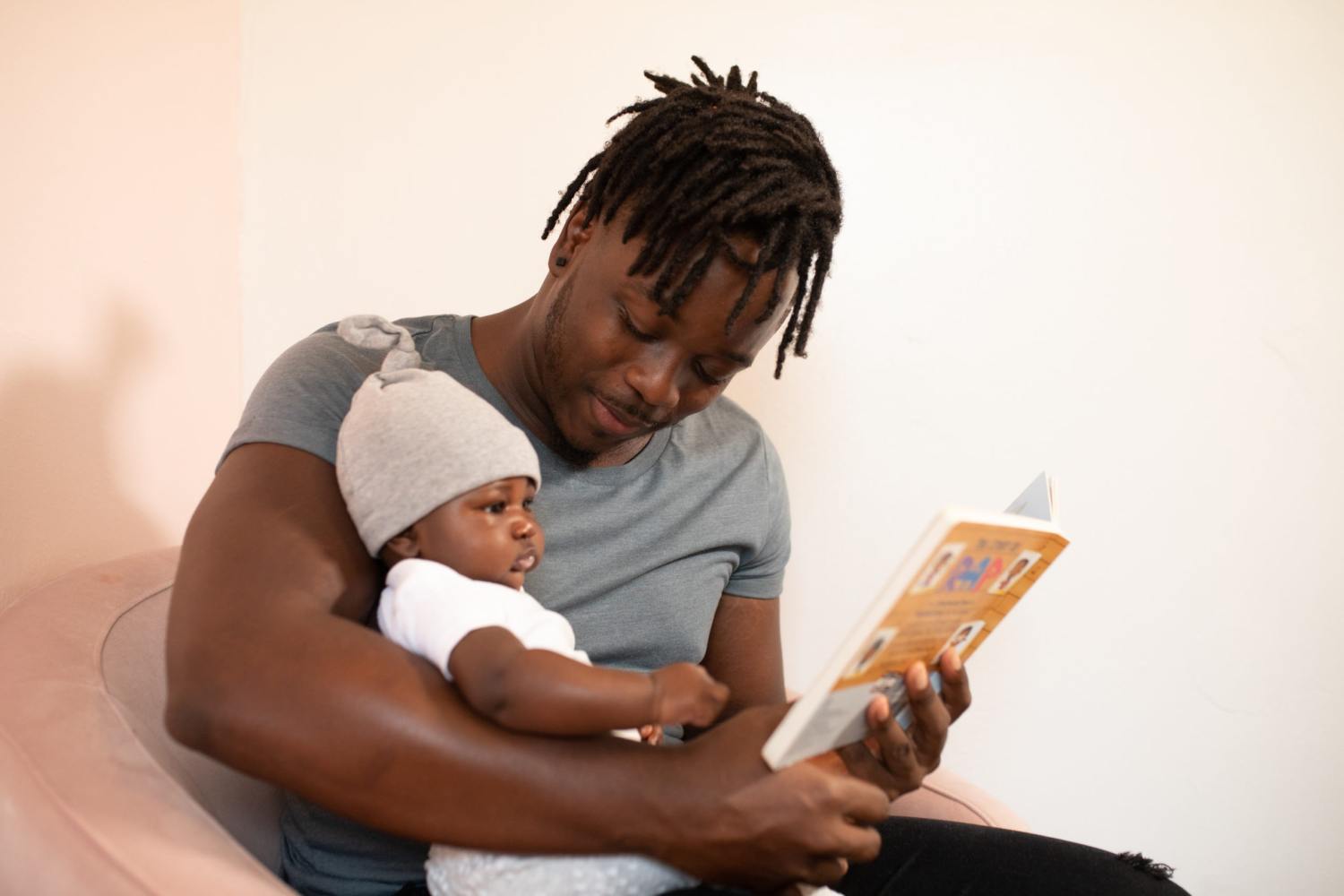 Jumping back to my long-since tangent discussion on children's literature, there remains the issue of age appropriateness' with particular venom.

Despite only establishing itself as a formally critiqued genre in the 1980s, censorship is rife.

Often, euphemisms reign over much of the novels' message, and there is a disabling simplicity to plots.

There is an interesting suggestion by Jacqueline Rose that 'innocence generality covers up a multitude of sins.' 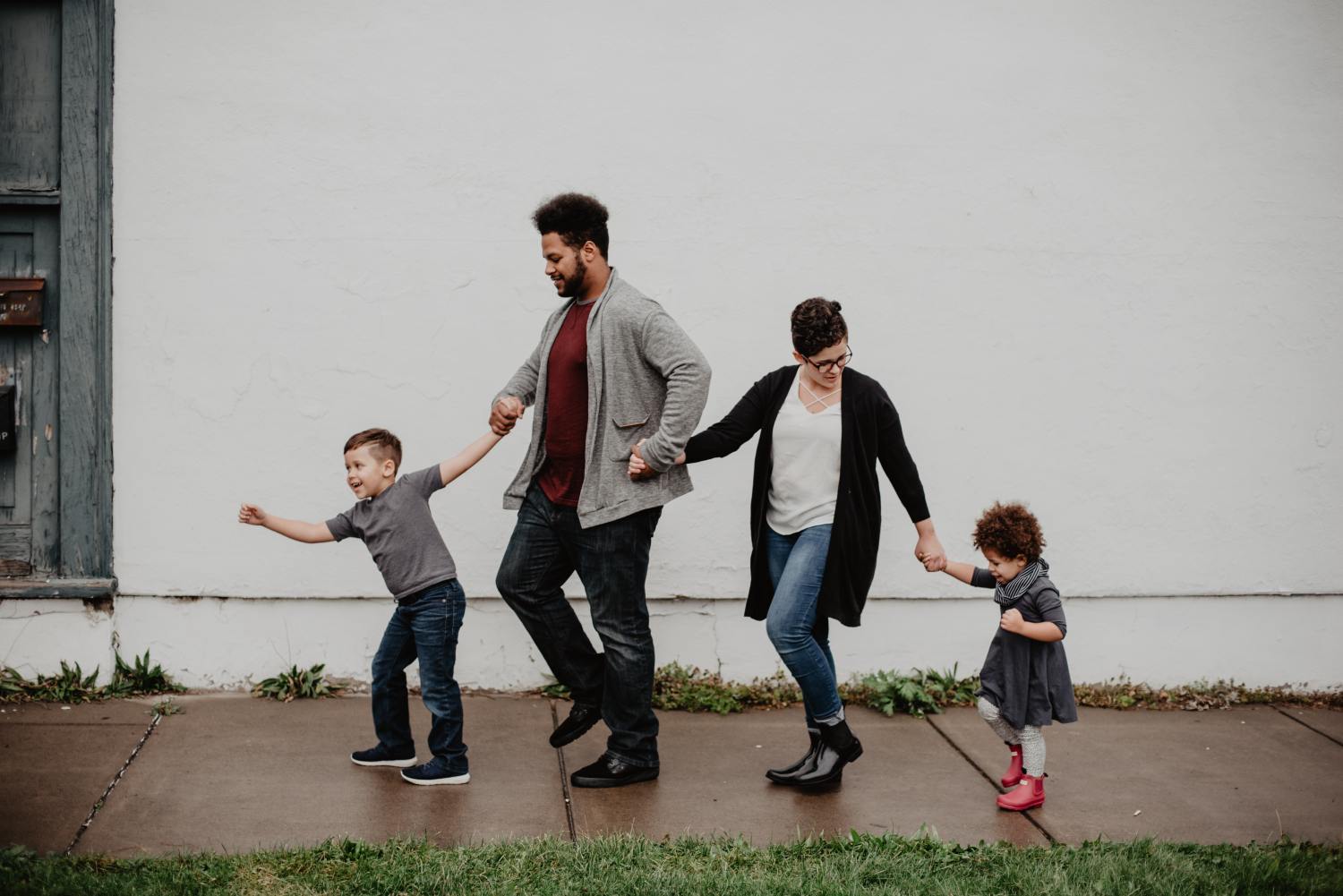 In short: children's literature – written through necessity by adults – is neither authentic nor genuine. It has an agenda.

It operates under the basis that a novel must have a greater meaning or positive message to be beneficial. So, it has to quantify its own existence.

Examples of these projected ideologies include obedience, truthfulness, independence, and curiosity.

However, These Perpetuated Values Are Not Healthy 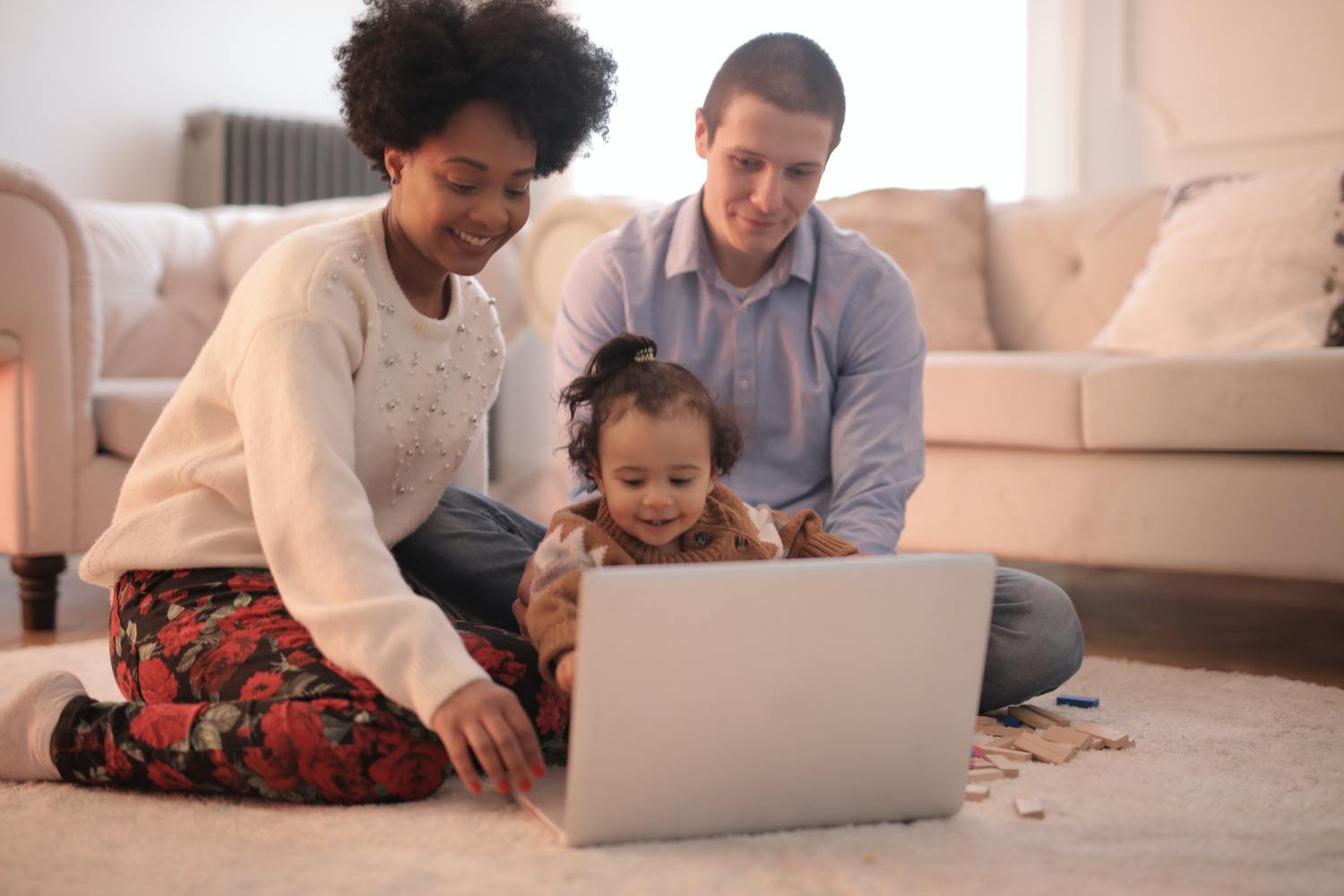 They encourage a subscription to the 'socially dominant values.' This leaves children vulnerable to manipulation, however. Always looking outside of themselves for the right answer.

Here, by encouraging dependency and repressing their own instincts.

Yes, you heard that right.

A prime example would be in Enid Blyton's works. Look no further than the secret Seven,' 'Malory Towers,' or 'The Faraway Tree' series.'

Interestingly, authors will present purity and innocence as the raison d'être of literature. It sets a decidedly paradoxical precedent.

Next, I wish to bring your attention to the inexplicable existence (that was the kindest adjective I could use) of the website: 'Parents Against Bad Books In School.'

You Can See Where This Is Going 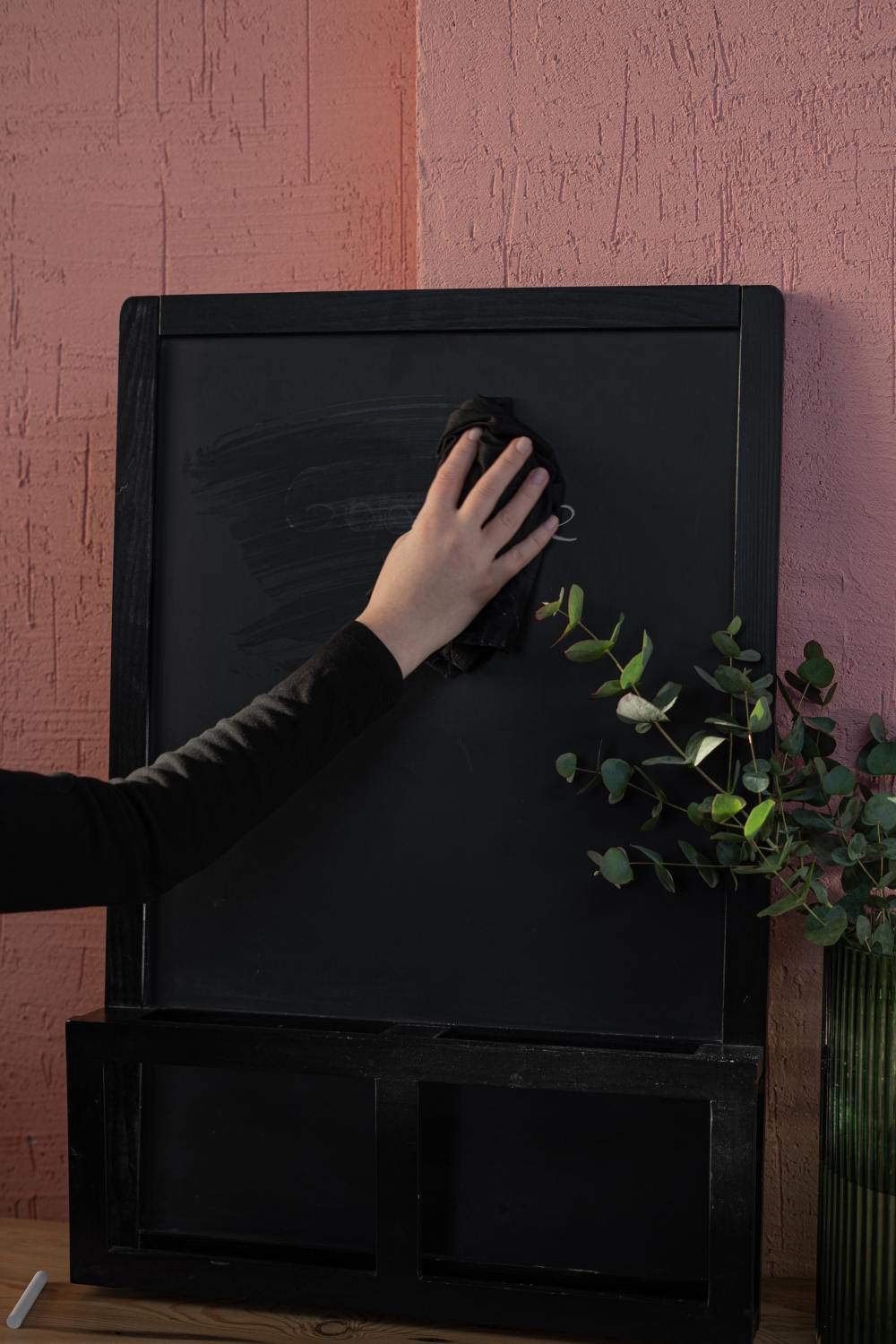 The most offensive phrase in their opening passage, incidentally, was 'Bad is what you think is bad for your child,' closely followed by 'Is this particular book necessary?'

It is certainly interesting, if not troubling to read through the (succinct) 1,350 strong list of books deemed 'inappropriate'.

Included in it were seven of the Goodreads 'Best Books to Teach in School'... To Kill a Mockingbird; The Great Gatsby; Of Mice and Men; 1984; Lord of the Flies; The Adventures of Huckleberry Finn and The Catcher in the Rye.

Yet all of these books are 'classics.'

One could posit that the revolutionary influence that the novels each had revolved around their controversial nature.

Prominent Civil Rights activist Andrew Young cited that the book 'inspired hope in the midst of chaos and confusion.'

Perhaps by simply 'arriving at the right moment' the novel indirectly aided revolution.

Now for the Female Writers... 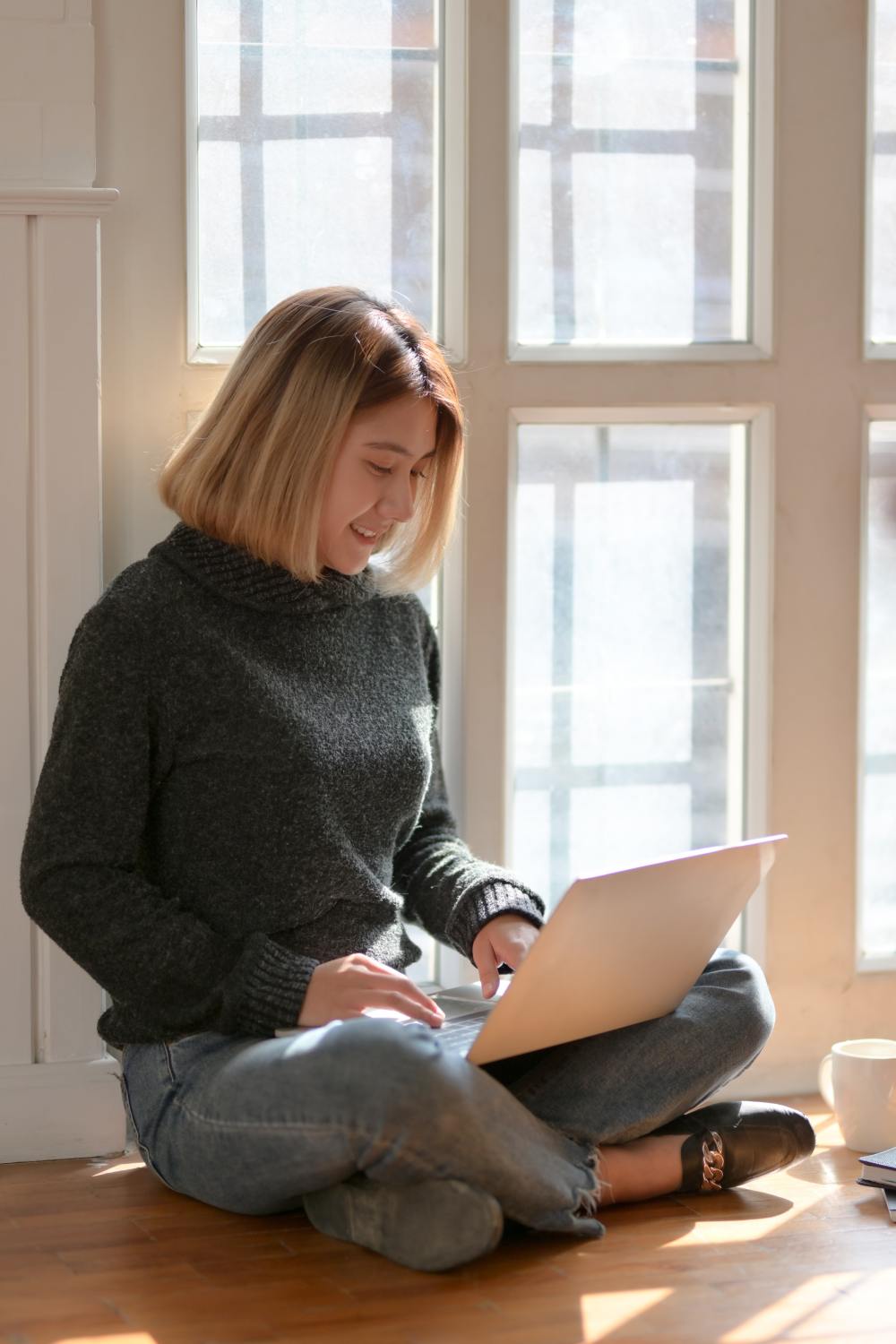 However, other deeply rooted cultural classics – think Austen or the Bronte Sisters – are not so dependent on the overt controversy.

However, Mary Shelley's 1818 'Frankenstein' explores the monstrous, the grotesque, and the shocking.

Much of the shock came from the general populous' realization that a woman had the ability (nerve) to write it.

Therefore, one cannot candidly conclude that women writers shied away from the controversial, even two hundred years ago.

Thus one may conclude that controversy is more a hallmark of classic literature than a necessity.

(Ultimately though, the worst thing about censorship is the overused clichés…)