A horrifying video released by the Irwins shows an aggressive saltwater crocodile trying to attack Robert Irwin. The crocodile showed aggression within its enclosure.

Here is the shocking footage.

Just like his father, Steve Irwin, Robert Irwin is a hands-on animal lover. Consequently, following in his footsteps proved to be a natural step for him.

Robert often engages in dangerous adventures, conservation efforts, and interesting interactions with animals. His notoriety has earned him a lot of fans around the world.

Unfortunately, Steve passed away in 2006 at the age of 44 years after a deadly encounter with a stingray. The sea creature pierced him in the chest.

Robert was two years old at the time, but that has not made him turn his back on his father's rich legacy.

Recently, the 18-year-old shared a chilling video on Instagram of a violent incident involving a crocodile ahead of the US screening of Crikey! It's The Irwins last episode.

The video shows Robert in his attempt to feed Casper, who has the reputation of being Australia Zoo's "wildest crocodile."

Due to a pigmentation problem, Casper is not easy to spot in his new enclosure. He blends perfectly into the environment.

In the shot, Robert is trying to see if Casper is ready to be the star of their midday show at Australia Zoo. 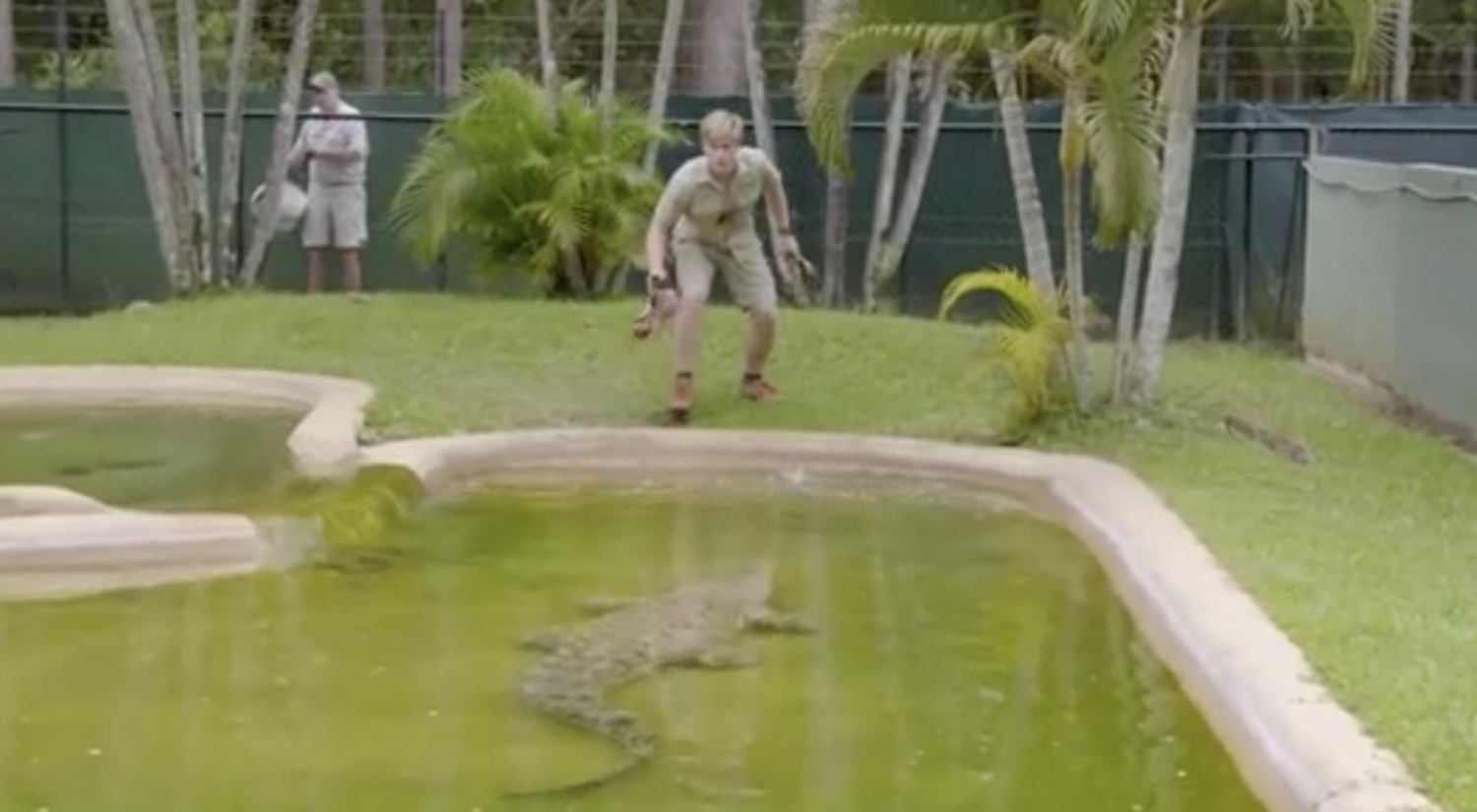 In the clip, Robert says that if Casper comes out of the water giving big strikes, he will be ready for the Crocoseum show.

He also notes that Casper has a reputation for being wild:

"Casper has such a wild behavior, and since Dad first got Casper, he's had that instinct."

Robert then said that it was quite terrifying that he did not know how the crocodile would respond. That is why Robert and his team had to flee even though they intended to get a big reaction from the animal.

Robert and the team had to outrun the crocodile and get out of the enclosure. He can be heard shouting to the crew, "bail, bail, bail" on two separate occasions as the vicious crocodile charges while snapping its jaws viciously.

Casper shows no interest in the chunk of meat being offered to him, and he quickly leaves it behind after Robert tosses it at him. Instead, the crocodile chooses to chase Robert.

Crocoseum was Steve's dream. The purpose of the program is to help visitors understand crocodiles better while also allowing them to see the animals a little more closely. To make a dream come true, almost 7,000 cubic meters of dirt was brought in to help level the building site. Additionally, more than 1,800 solar panels had to be installed on the roof.

According to the description of the crocodile at the Australia Zoo, the animals rely on the murkiness of the water in their environment to camouflage themselves for the sake of their prey.

Therefore, they used clear water to ensure that visitors could see the dangers the crocodiles pose even when underwater, where they lurk menacingly waiting for an opportunity to pounce.

Steve dreamed of creating an elaborate system consisting of channels and gates that allowed him to house many male saltwater crocodiles in private enclosures close to each other. The crocodiles would then be brought out individually to the center of the Crocoseum for the sake of their crocodile shows.