August Landmesser will always be remembered as the brave man who defied Hitler, and his story starts unusual - with a salute.

During the Nazi regime, the Hitler salute, also known as the Heil Hitler salute, was a standard greeting in Germany. Actually, the salute was mandatory, and it was considered an important way for Germans to show their loyalty to Hitler, the Nazi party, and their country.

By the year 1934, there were already special courts designed to punish those who did not perform the Nazi salute.

Consequently, most people did the salute whether they liked it or not to make sure they were not considered to be against the regime. Nonetheless, there were a few exceptions to the forced political conformity, such as the incredibly brave August Landmesser.

That's why in many ways, August Landmesser was a man unlike many others around him. In the iconic photo, as everyone was dutifully saluting Hitler, Landmesser stood calmly in the crowd, seemingly unbothered by what was going on around him.

He was identified as the man in the photo in 1991 by his daughter. 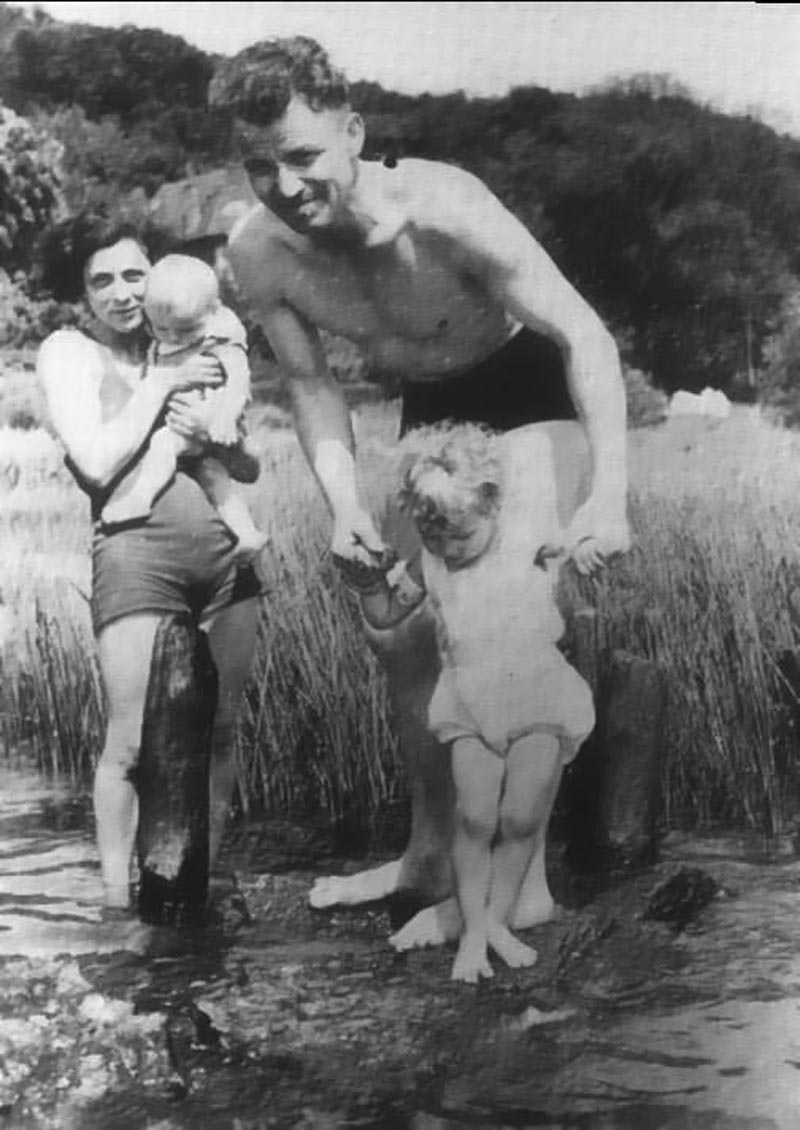 August Landmesser was born in Moorege in 1910, and he was the only child of August Franz Landmesser and Wilhelmine Magdalene.

After the collapse of the German economy in 1930, Adolf Hitler found an opportunity to rise to power under the Nazi Party. Like many other people, August Landmesser thought being a party member would help him find a job.

That led to his decision to join the party in 1931

In 1934, August Landmesser met Irma Eckler, and they fell in love. The relationship cost him Nazi Party membership because Eckler was Jewish.

In fact, when they tried to get married in 1935 after getting engaged, their application was rejected. Nonetheless, their love grew. In October of that same year, they welcomed their first child, a daughter named Ingrid.

The Photo Was Taking During The Unveiling Of A New Ship 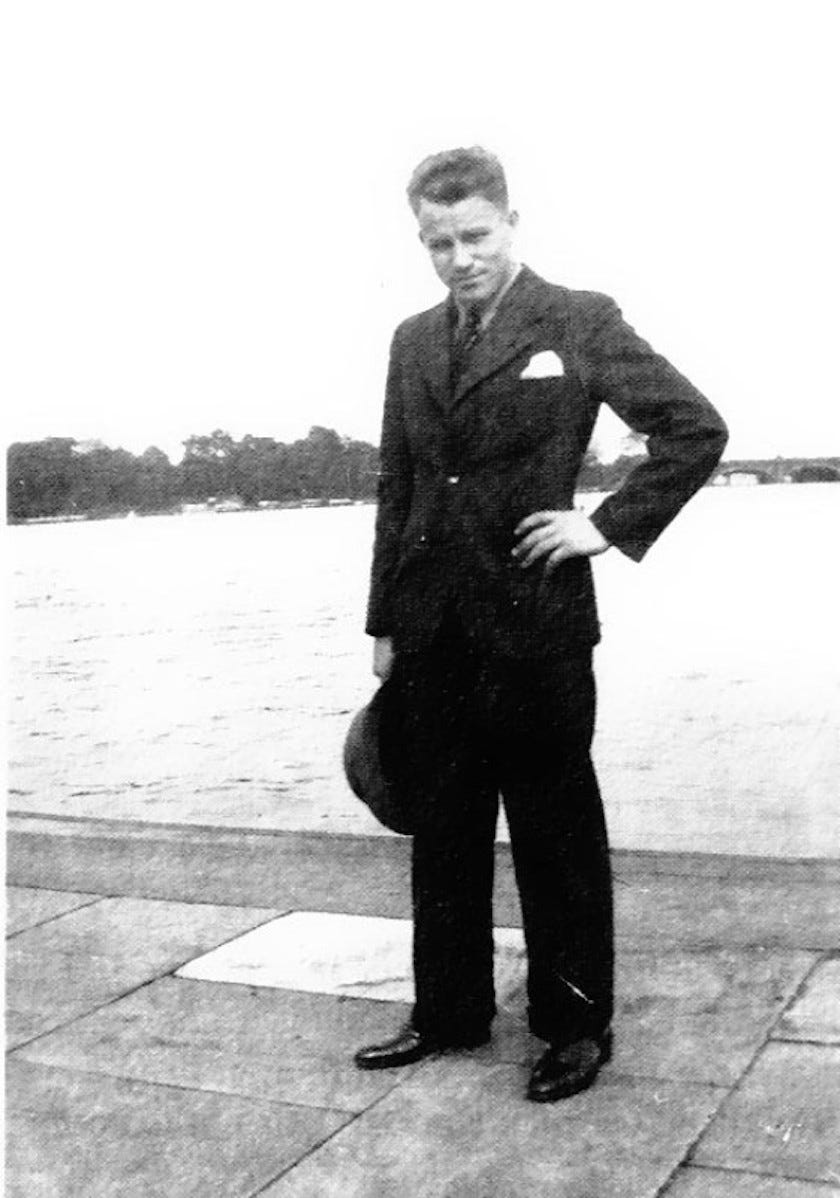 Considering that Landmesser was defying was Adolf Hitler, what he did was beyond imagination. Obviously, many of those saluting the Fuhrer did so out of fear.

The photo is believed to have been taken in 1936 when he had a job at Blohm+Voss shipyard. At the time, he still had his family.

The Fuhrer had come during the unveiling of a new Horst Vessel. The new ship was about to leave the harbor of Hamburg.

Even at the time, he had suffered immensely due to Hitler and his oppressive policies. That is why he lacked the will to salute the Third Reich.

So, August Landmesser's defiance was actually an act of love. He ignored the Fuhrer because he had a Jewish wife called Irma Eckler, who the Nazi regime had dehumanized.

There is no doubt that he was thinking of his family when the picture was taken. 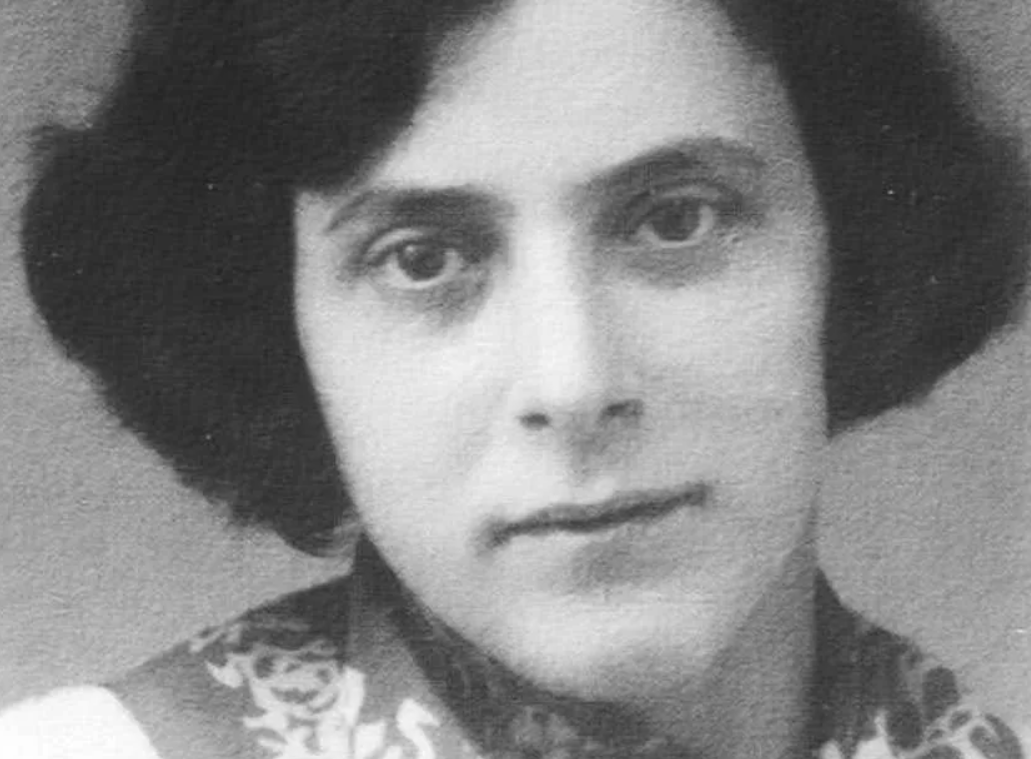 In 1937, August and his family tried to flee to Denmark but got caught at the border. August Landmesser faced charges of "dishonoring the race" and was thrown into jail for a while. He was soon freed for lack of evidence.

In court, the couple explained that they did not know Eckler was Jewish since she had been baptized in a Christian church. This had happened after her mother remarried.

Even as Landmesser was set free, he was warned that repeating the offense would attract severe consequences.

A month after Landmesser was released, he was taken into custody a second time for "dishonoring race." This time, he was put in a concentration camp where he served a sentence of thirty months of hard labor.

That marked the last time he saw his wife.

In the meantime, a law was introduced that allowed authorities to arrest Jewish spouses who were "dishonoring the race." For this reason, Eckler was caught by the Gestapo and imprisoned. In fact, when she gave birth to their second daughter, Irene, she was in a concentration camp.

Ingrid had the good fortune of being sent to live with her Aryan grandparents because she was a "half cast."

Irene was taken by a family friend who went with her to Austria. Later, when she was brought back to Germany, she was hidden in a hospital ward. Her Jewish identification document was conveniently "misplaced," giving her a chance to live in peace until the Nazis lost the war.

Ekler Died In A Gas Chamber, Landmesser Died In The War 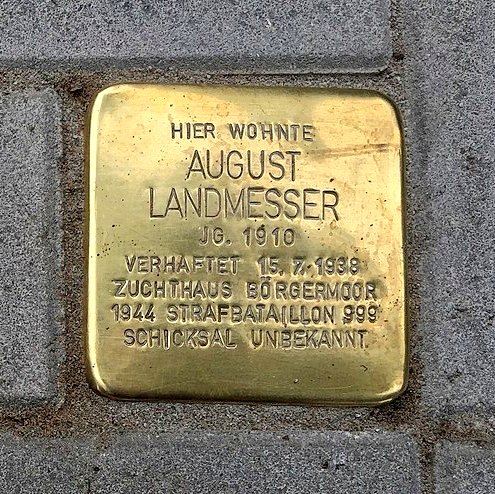 Eckler, unfortunately, was gassed in 1942 in Bernburg. She was among 14,000 other people who got murdered at the time.

August Landmesser had been set free in January 1941, a year earlier, and he took up a job as a foreman. Eventually, he was drafted into a penal infantry, the 999th Fort Infantry Battalion. He died in action in 1944 while they were fighting in Croatia.

His death came six months before Germany lost the war and surrendered.

He and his wife were officially declared dead in 1949. Their marriage was recognized in 1951 by the Senate of Hamburg. Their two daughters, fortunately, survived the war. They decided to split their parents' names to keep their legacy alive. Ingrid took her father's name while Irene took her mother's name.

The story of August Landmesser was explored in the book, The Guardianship Documents 1935-1958: Persecution of a Family for Racial Disgrace. Irene Eckler wrote the book in 1996.

There have been rumors that there is no certainty that the man in the iconic photo was really August Landmesser. A different family claimed that the defiant man was Gustav Wegert, a metalworker who did not like to salute for religious reasons.

The famous photo got a recent boost in popularity in 2011 when it was shared more than 120,000 times on Facebook. A blog shared it while seeking relief effort after the Japanese earthquake and tsunami. He became famous as the man who refused to give the Nazi salute at a time when that was not an option. What bravery!