A year after the split, Ashley Benson and G-Eazy are crazy in love.

According to the US Weekly sources, Benson and G-Eazy "never lost touch," despite their break up in February 2021.

The same sources claim that "they know no matter what, they have each other to lean on during tough times." 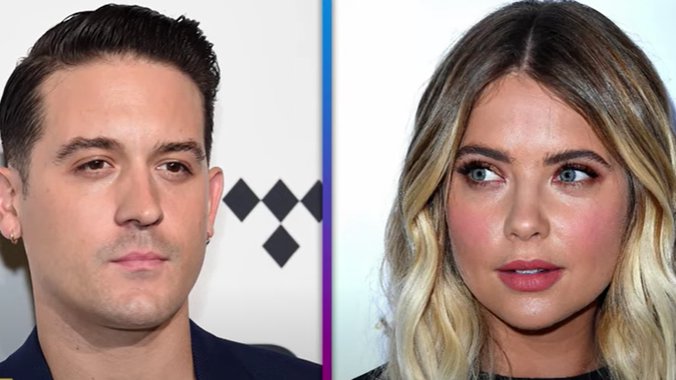 Ashely Benson, 32, is apparently, the one who is in no rush. The insider added that the couple has intense chemistry, and they enjoy spending time together.

Apparently, friends think that they are in it for the long haul, as they are a good match.

The relationship came soon after the actress split from supermodel Cara Delevingne. Delevingne had to defend her ex-girlfriend after the internet trolls attacked her for dating so soon after the split, and even worse, dating a man.

G-Eazy and Benson became cozy while filming the cover of Radiohead's Creep.

They are not commenting on the status of the relationship just yet.

G-Eazy told Entertainment Tonight in October 2020 that Ashely is a talented actress, but also a talented musician, as he explained, " putting her in front of a microphone and watching her sing so effortlessly, she has this very special tone of voice and texture and something that's very innate to her given that's not her first job or what she's known for."