There are things you see out there that brighten your day and restores your faith in humanity.

Seeing what a Brazilian artist, Amarildo Silva, does with his time, creativity, and skills is one thoughtful sight.

This creative young craftsman has dedicated his life to giving animals some love and joy in their lives by taking something many just throw away as trash and turning it into a furry friend's treasure. 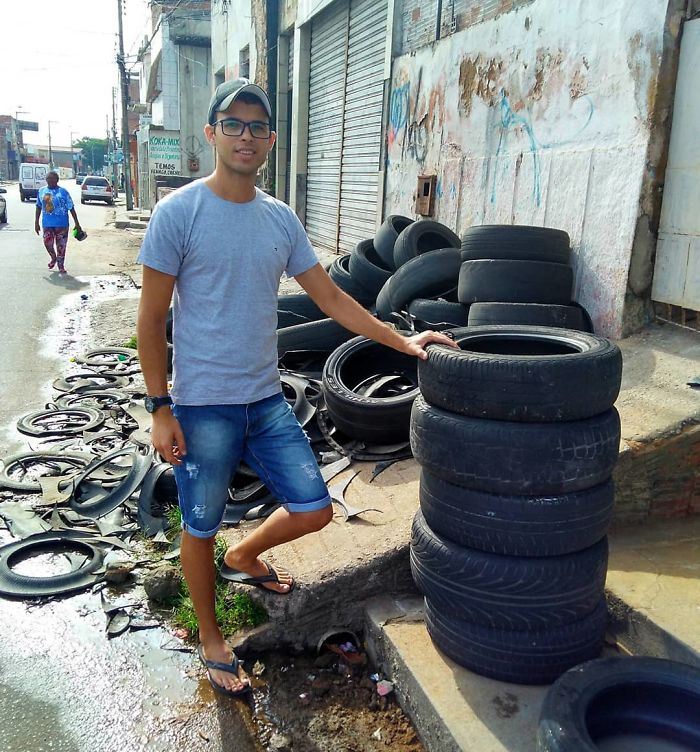 Stumbling upon countless tires daily, Amarildo discovered an ingenious way to help the planet. He's turning old tires that he finds thrown away as trash on the streets into comfortably decorated beds for dogs and cats. 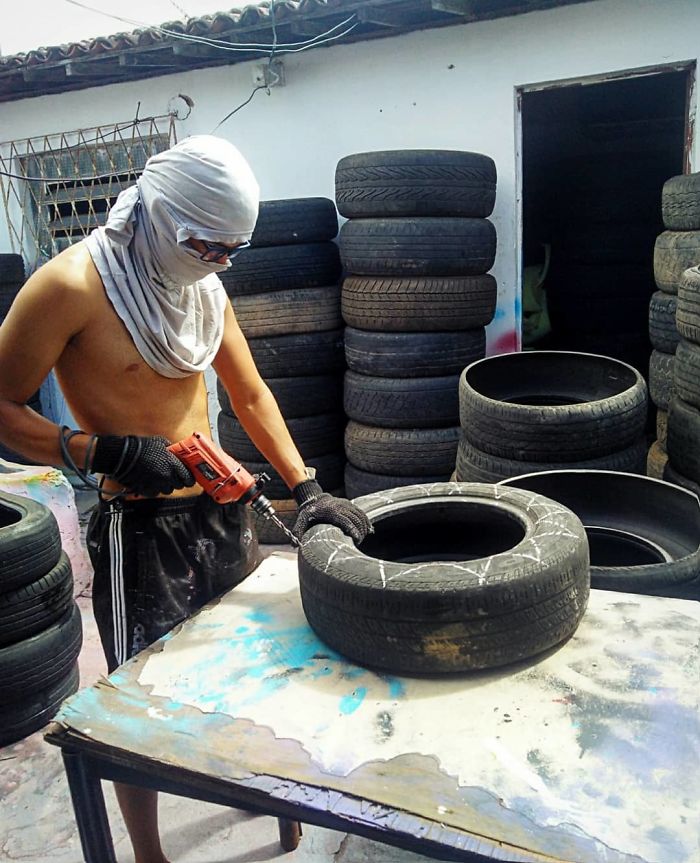 It all started about three years ago when Amarildo was looking for ways to make extra income off all the trash people threw into the streets in his area. 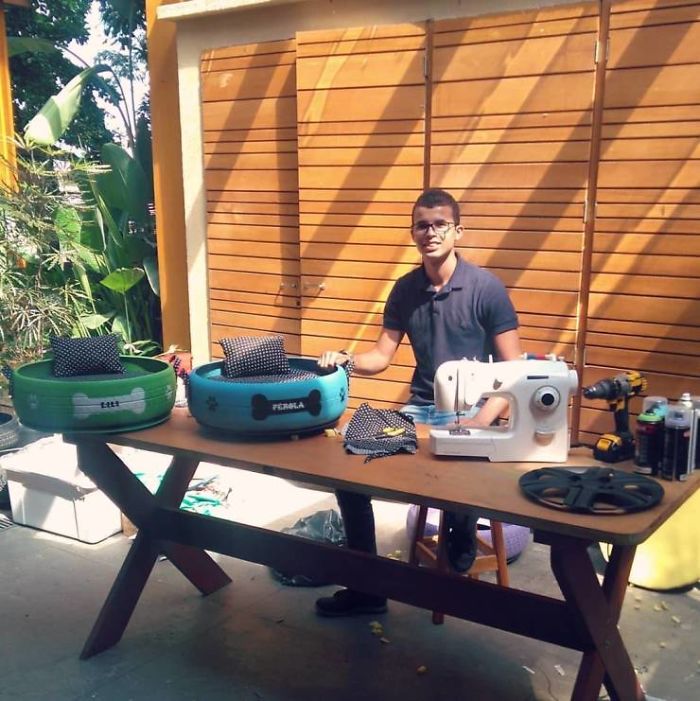 From a young age, he enjoyed making hand-crafted items with materials people were no longer using and would throw away as trash.

He learned that if he could create something new out of an item that would be trashed, he could help contribute to the well-being of his neighborhood and environment and make some extra cash. 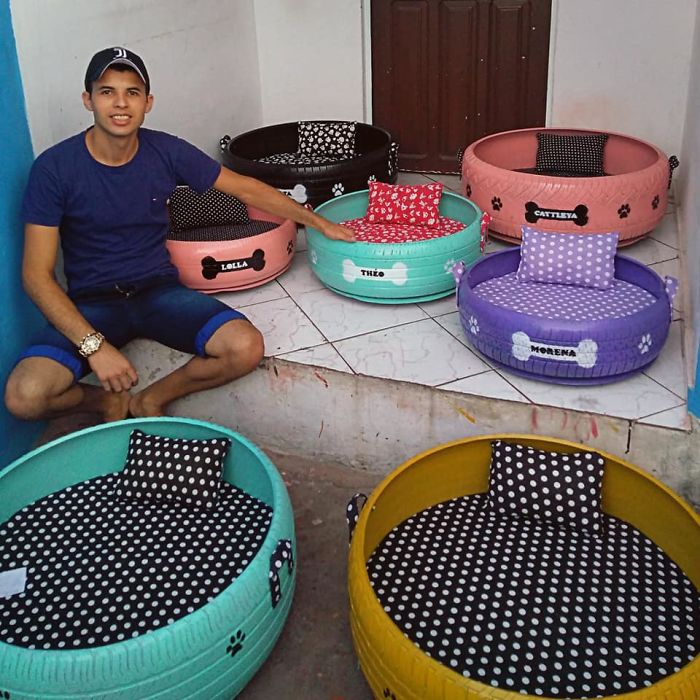 Amarildo also noted that old tires were being used as a refuge by the dogs that live in the streets and came up with the idea to give them "the feeling of home," making the tires more comfortable for animals. 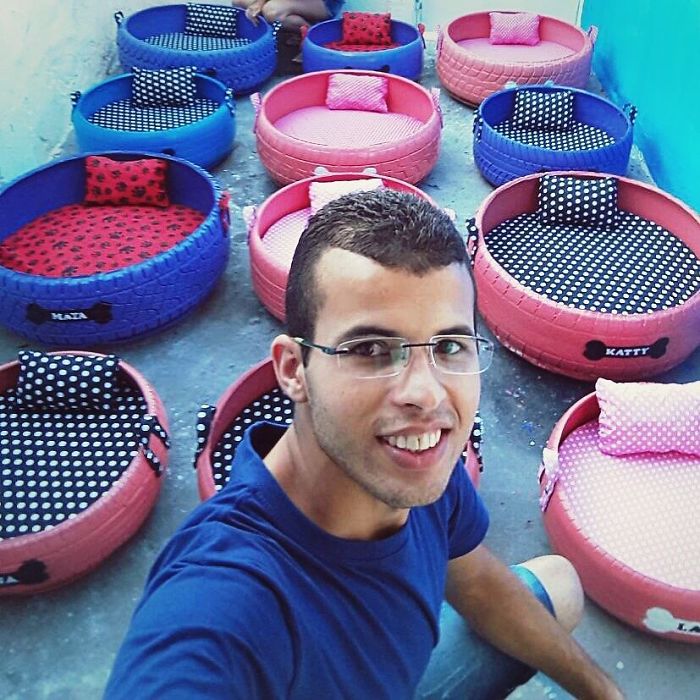 The artist began collecting old car tires that he would find on the street, taking them to his home. 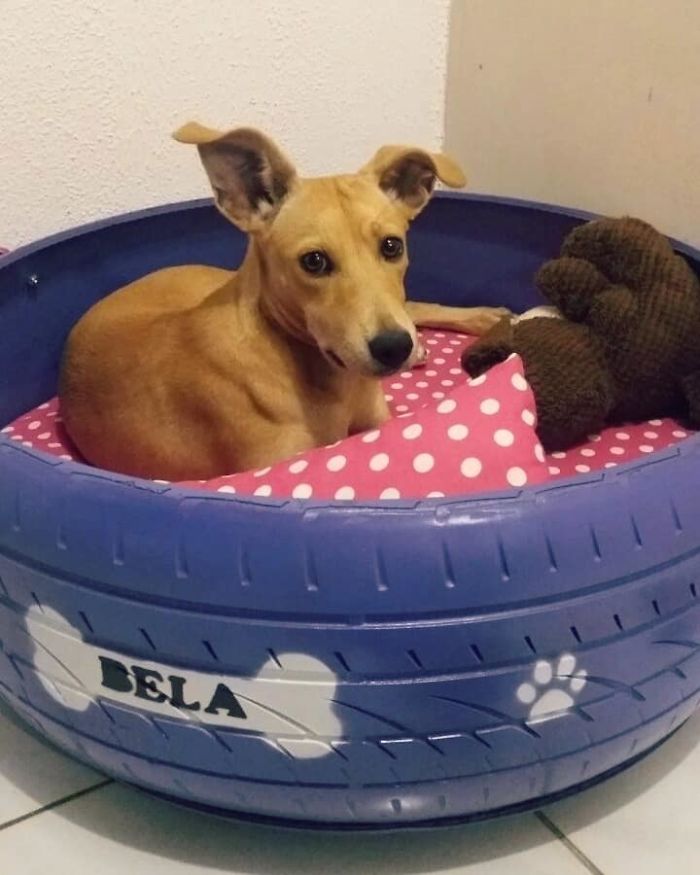 After sorting the tires, he cuts, washes and paints them. He also likes drawing a unique design for every tire and write the name of the pet to whom the bed will belong. 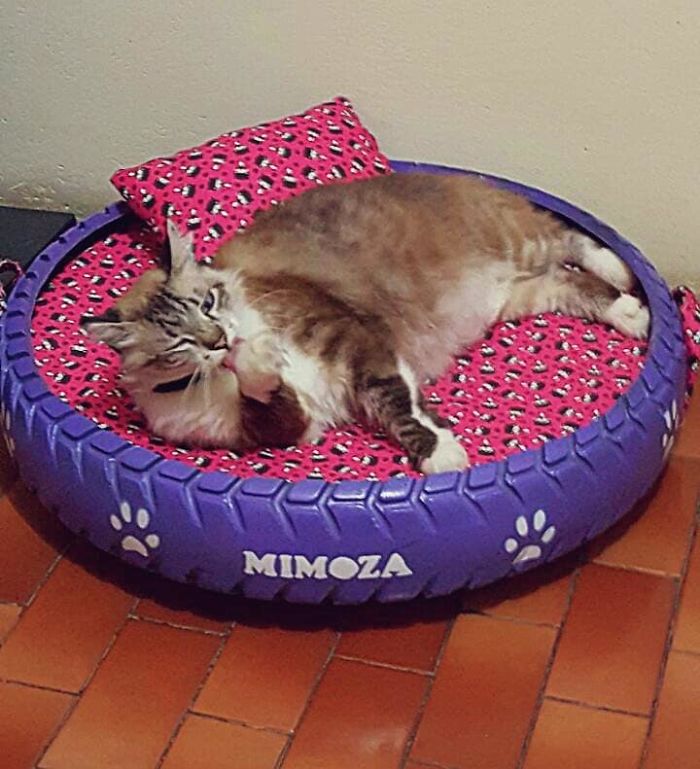 Amarildo now hopes this project will contribute to a more sustainable world.

He even plans to come up with more innovative ideas for generating a socio-environmental impact in the future as well. 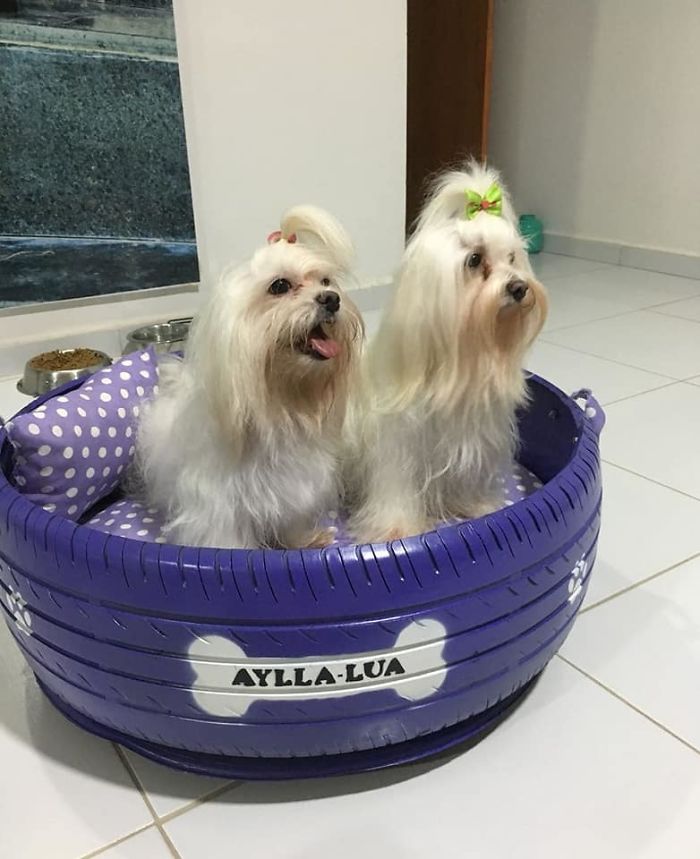 The biggest problem with discarding old tires is that they contain chemicals and heavy metals leaching into the environment as they break down.

Some of these chemicals, according to the California Integrated Waste Management Board, are carcinogenic and mutagenic (cause cancer and gene mutations).

Leaching also affects the soil around the old tire. Even after the tires are eventually moved, the soil will retain these toxins.

Another concern caused by old tires is groundwater. If toxins get into any water in the soil, drainage will transport them to other water source outlets.

This can cause potential harm to any animals that come in contact with the poisoned water. 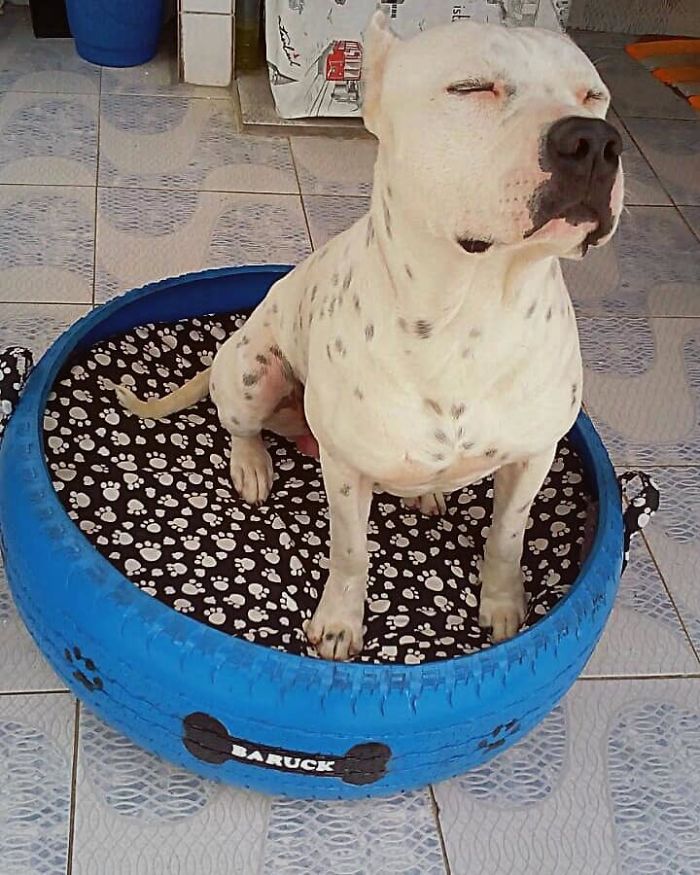 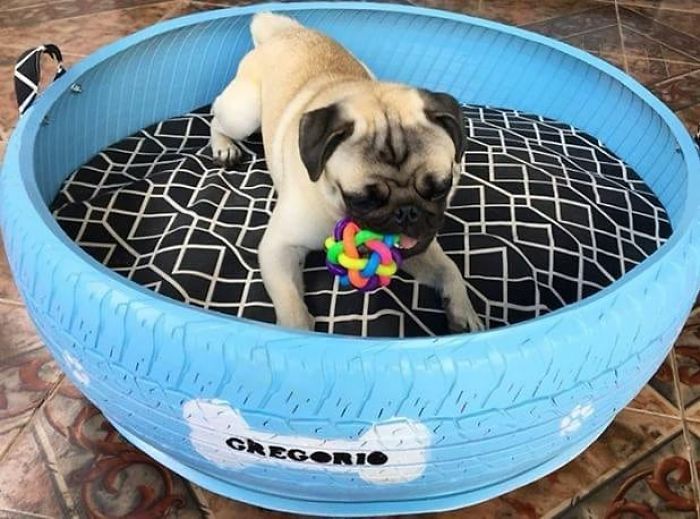 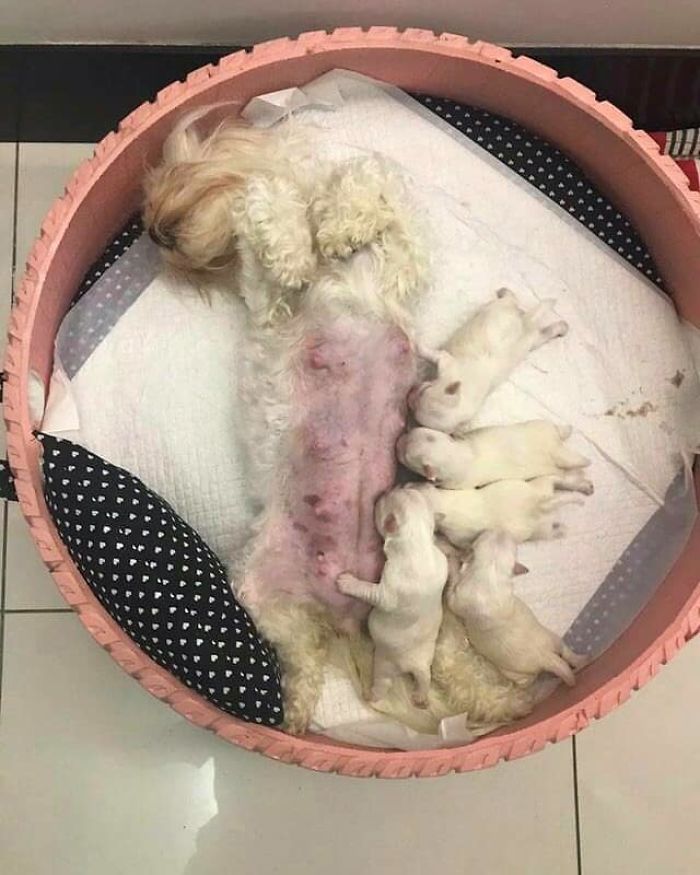 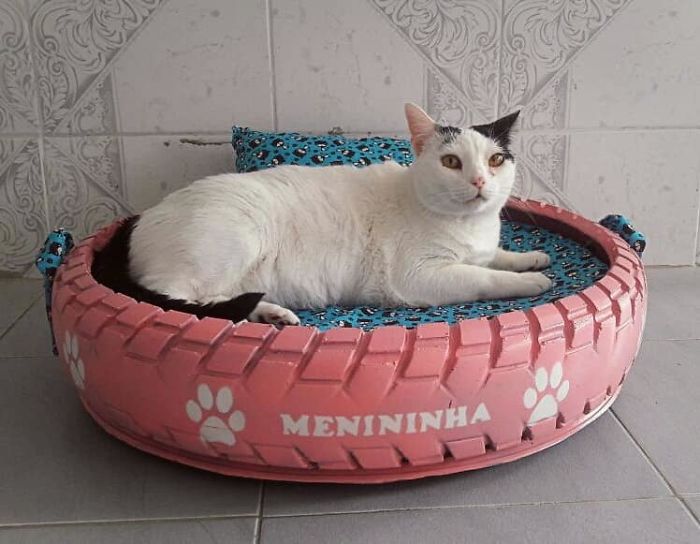 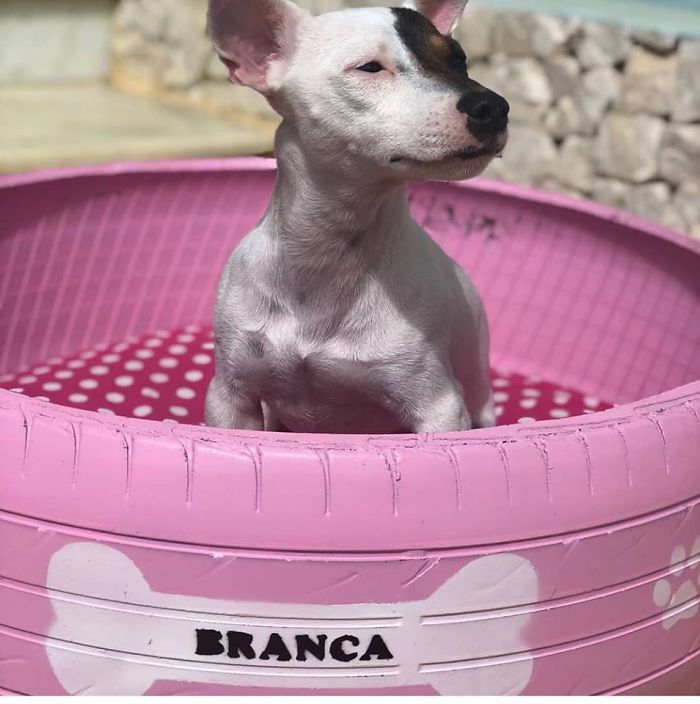 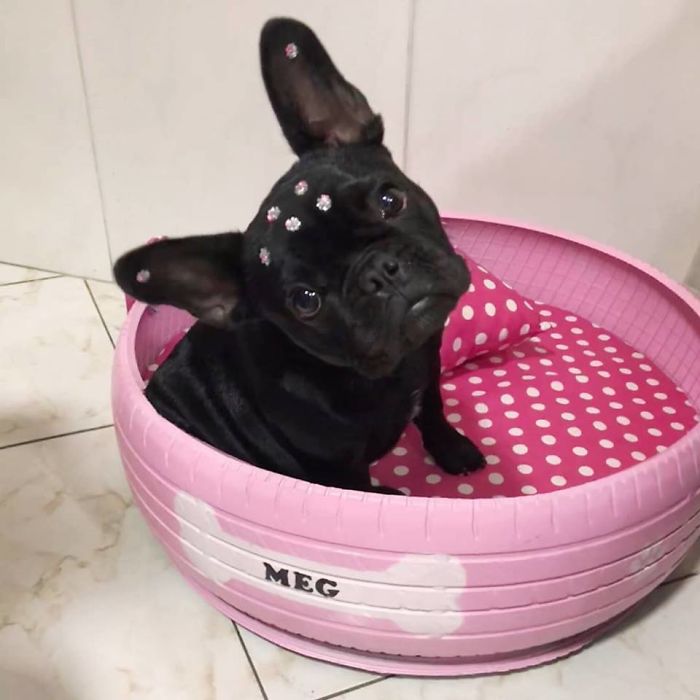 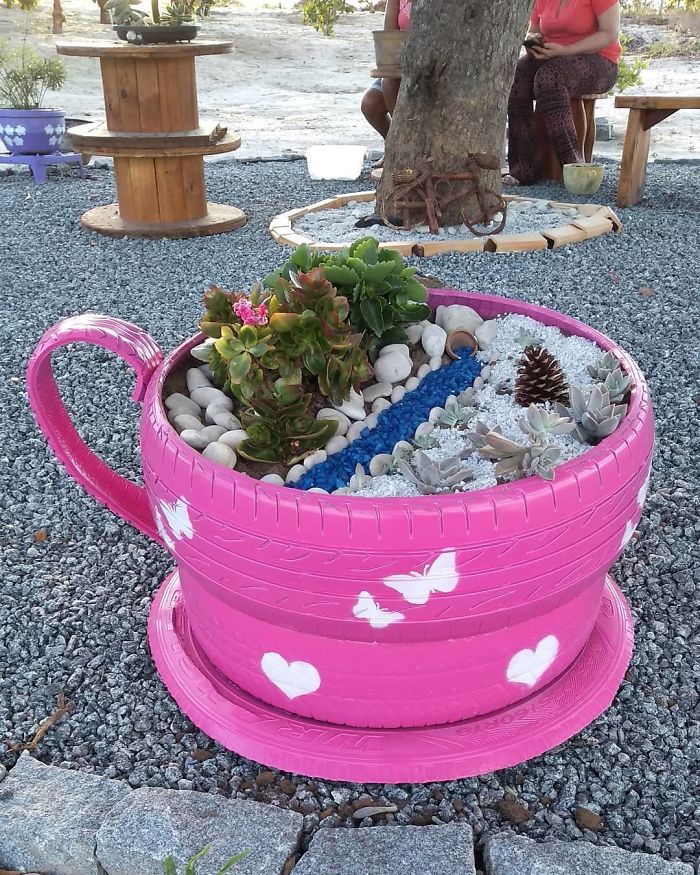 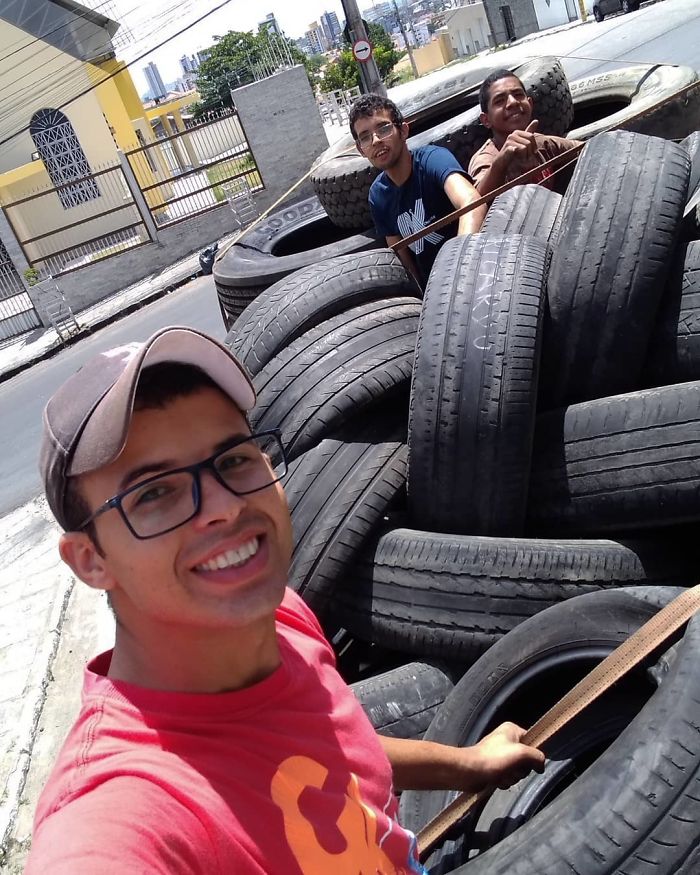 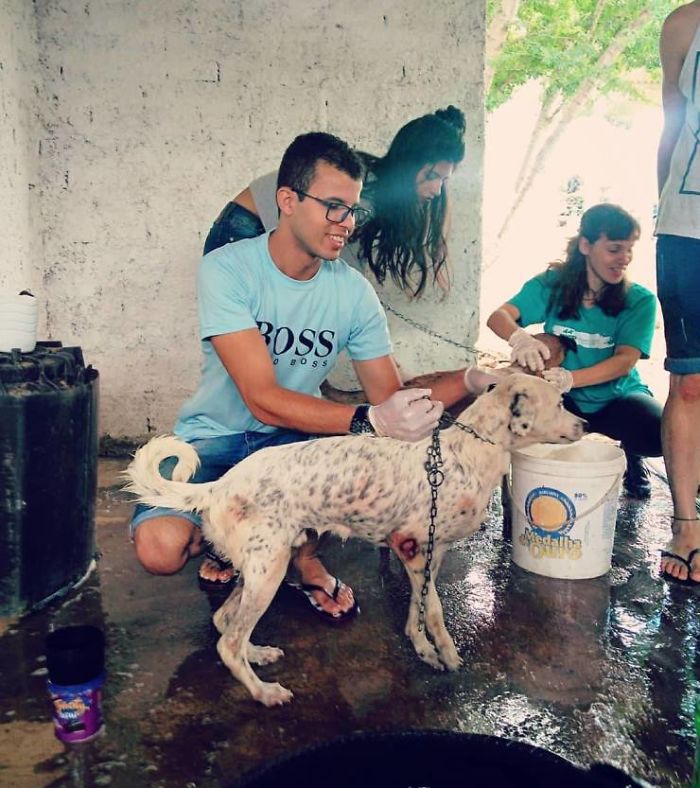