The producer of Aquaman 2, Peter Safran, does not care what Johnny Depp's fans have to say about firing Amber Heard.

Heard is filming Aquaman and the Lost Kingdom, and there will be no replacement for Mera. So, all the petitions turned out to be a huge waste of time.

Amber Is Staying, DC Refuses To Give Up To Fan Pressure

Speaking to Deadline, Safran said despite reaching 1.8 million signatures, the petition does not bother him:

"I don't think we're ever going to react to, honestly, pure fan pressure."

"You gotta do what's best for the movie. We felt that if it's James Wan and Jason Momoa, it should be Amber Heard. That's really what it was."

The producer of The Suicide Squad and Shazam! added:

"One is not unaware of what is going on in the Twitter-verse, but that doesn't mean you have to react to it or take it as gospel or accede to their wishes."

Safran has a point. We cannot be slaves to Twitter, though the petition gained more attention and signatures than many others in the film area.

This is what makes his next statement kind of ironic:

"You have to do what's right for the film, and that's really where we landed on it."

Though it will not change a thing, the petition titled Remove Amber Heard From Aquaman 2 went viral after Johnny Depp was fired from the Fanstatic Beasts franchise.

Warner Bros. confirmed Mads Mikkelsen would replace Depp in the third installment on November 6. This was right after Depp lost his libel case against The Sun.

The petition to remove Heard from "Aquaman 2″ claims that Depp's ex-wife is a "known and proven domestic abuser."And with Johnny's recent win, it will surely hit over 2 million signatures in no time.

Despite initial talks that Amber might not be returning, she confirmed the news in November 2020 when she told Entertainment Weekly:

"I'm super excited about the amount of fan love and the amount of fan appreciation that Aquaman has acquired and that it has garnered so much excitement for Aquaman and Mera that it means we'll be coming back."

"I'm so excited to film that."

"Paid rumors and paid campaigns on social media don't dictate [casting decisions] because they have no basis in reality."

"Only the fans actually made Aquaman and Aquaman 2 happen. I'm excited to get started next year."

Will The Latest News Change Anything? 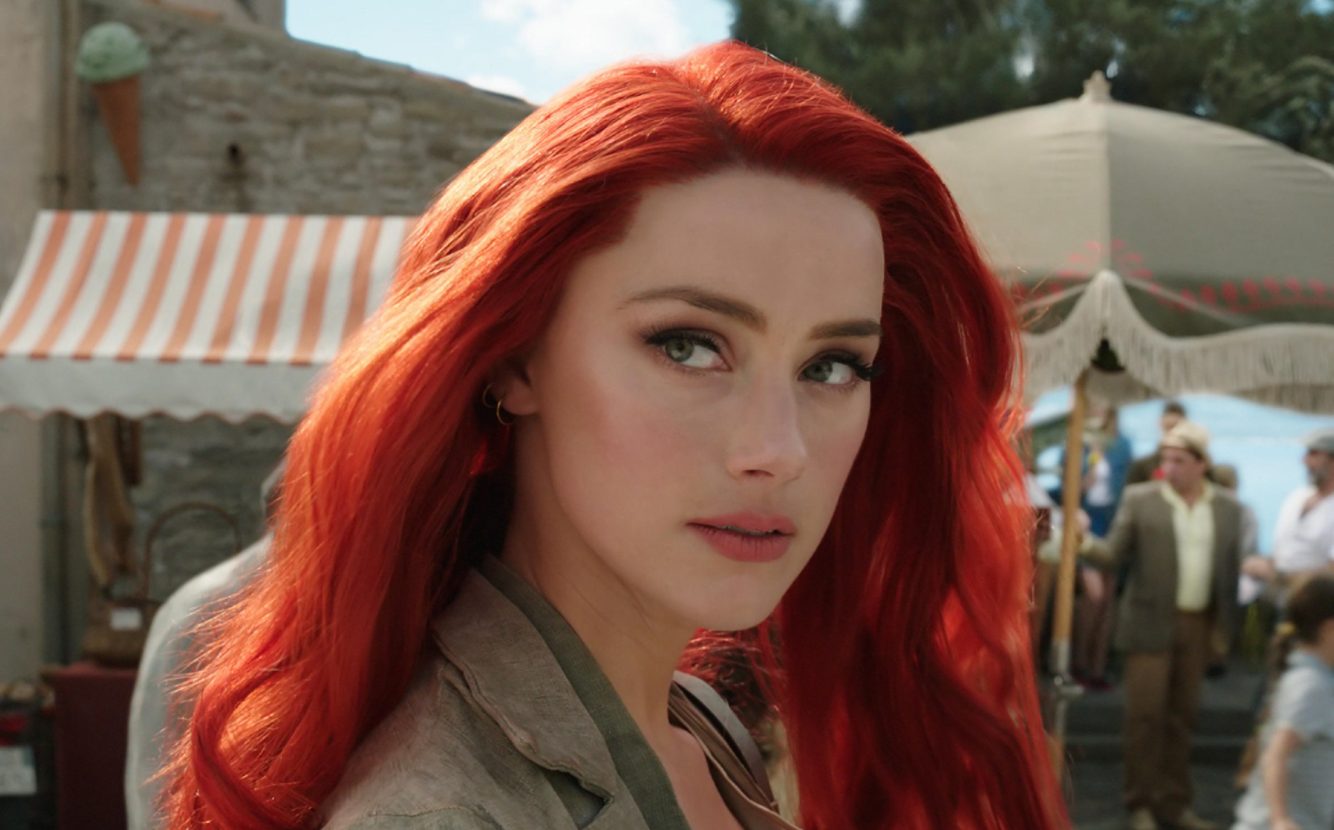 Heard became a face of domestic violence in 2016. We don't expect to see any changes in Aquaman 2 movie, but the latest news might reflect poorly on the movie set for release from Warner Bros. on December 16, 2022.

Heard promised to give away her divorce settlement to two charities in installments. Depp's team filed a petition with the New York Supreme Court, asking for Amber's claims to be examined.

The judge ruled in favor of 23 out of the 24 requests.

Additionally, Depp is suing Heard over the Washington Post piece from 2018, citing that the article suggested he was violent towards her.

One of the dirtiest divorces in Hollywood is getting nastier.

The big question is: are you excited about the Aquaman and the Lost Kingdom?