The skies turned 'apocalyptic' blood-red like Mars across the American West states as wildfires break records.

Photos and videos shared online show the nightmarish conditions the record-breaking fires have been causing in California, Oregon, and Washington.

Oregon's residents have also shared photos of cities and coasts that look like they've had orange and red filters. However, these pictures are unedited. 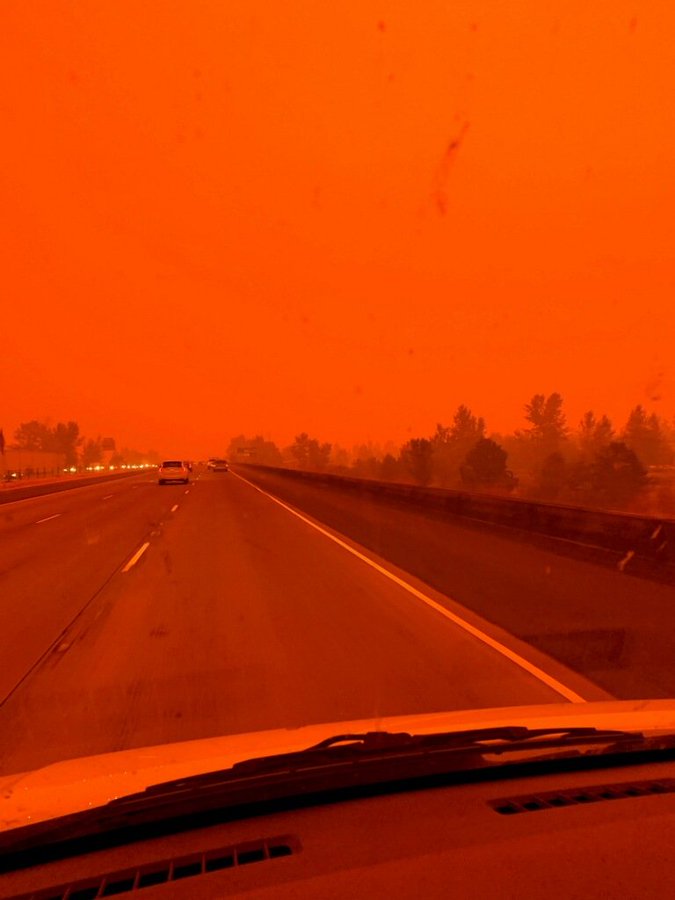 "This is an unedited photo of the sky near Salem, Oregon, at around [5 p.m.] today."

Another tweeted a video saying:

"This was at 10:30 this morning. Dark as night, surreal. Never seen the coast like this. Evacuations in Otis, around Salem as well... stay safe all, these are scary times!"

#DepoeBay #OregonFires #OregonCoast #Oregon This was at 1030 this morning. Dark as night, surreal. Never seen the coast like this. Evacuations in Otis, around Salem as well... stay safe all, these are scary times! #photography #2020worstyear #2020Fires pic.twitter.com/PDooWUmClA

According to the National Weather Service, parts of Washington, Oregon, California, Idaho, Nevada, Arizona, and Utah are currently at critical risk.

Air quality in some regions has also reached hazardous levels. 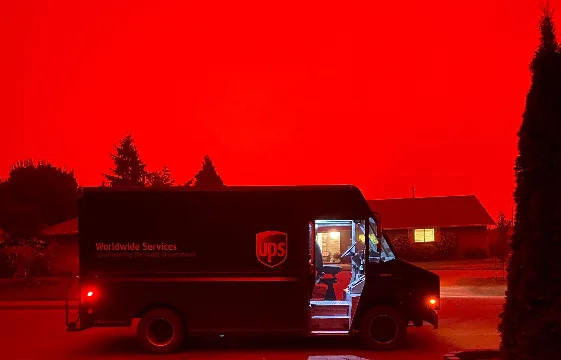 NASA explained that the skies turning red is due to smoke particles, which block certain wavelength colors from the sun.

They said in a statement:

"The smoke particles from the fires allow sunlight's longer-wavelength colors like red and orange to get through while blocking the shorter wavelengths of yellow, blue, and green."

"Those longer wavelengths give the sky a red or orange-tinted appearance."

"Similarly, during sunrise and sunset times when the… sunlight has to travel through more of Earth's atmosphere to get to you."

"The additional atmosphere filters out the shorter wavelengths and allows the longer wavelengths to get through, providing reds and oranges during those times."

Wildfires have burned more than 2.3 million acres in California, making this year's wildfire the most severe in modern state history.

Several other states, including Oregon, Colorado, and Washington, also continue to experience uncontrollable blazes. And thousands of firefighters and support personnel are still working to contain them.

Unprecedented weather conditions have brought emergency situations near wildfires in California, Oregon, Washington, and other states. For instance, dry vegetation, high temperatures, and lightning have fueled the spread of the fires.

These situations have forced thousands to evacuate as fires destroy their homes. Dozens of people have also lost their lives in the blazes.