Anya Taylor-Joy has spoken up about the bullying she experienced while she was in high school.

Over the years, The Queen's Gambit star's fame has grown significantly, and she was even featured on Time magazine's 100 Next lists of "emerging leaders who are shaping the future."

In addition, she has received a Primetime Emmy Award nomination, a Screen Actors Guild Award, and a Golden Globe Award.

With each project, it appears as though Taylor-Joy's star will continue to soar.

For the 26-year-old, however, it hasn't always been smooth sailing.

She revealed to Drew Barrymore on her talk show series how she was once the target of harsh taunts from her schoolmates.

Fortunately, Anya received wise counsel from her parents about how to handle bullying.

She said: "I was very, very lucky with my parents because when I was bullied for my looks my mum always said you look at the inside of somebody."

She added: "You don't look at what they do for a job, it's just do you like that person's heart? And I really have to give a big shout-out to my mum for that because it was really helpful."

Her school experience actually gave her the jumpstart she needed to pursue acting.

The Menu star claimed in an interview with Elle magazine that performing felt like a much better use of her time than slogging through textbooks. 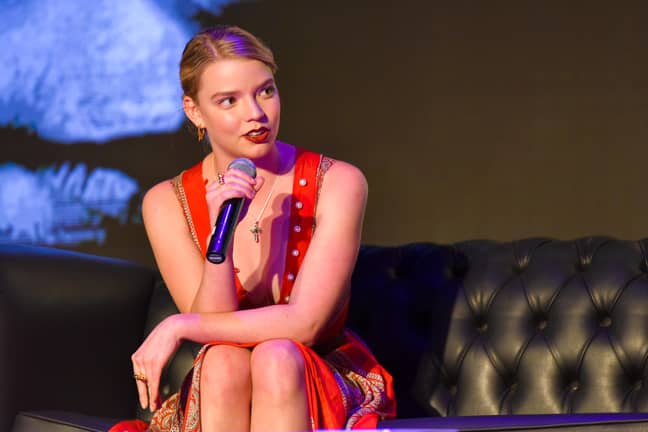 The star explained: "I needed to believe in a place where I could be valued and appreciated, and actually have something to contribute rather than constantly feeling like, What is wrong with me, and why do I not fit in?"

In the past, Taylor-Joy has been open about her feelings about her appearance.

She admitted she didn't believe she would be deserving of celebrity status back in 2020 when the world was enthralled by her portrayal of Beth Harmon in The Queen's Gambit.

In an interview with The Sun, she said: "I have never and I don't think I will ever think of myself as beautiful.

"I don't think I'm beautiful enough to be in films. It sounds pathetic and my boyfriend warns me people will think I'm an absolute d*** for saying these things, but I just think I'm weird-looking."

She went on to add: "I won't go to the cinema to watch my own film, I'll watch it before. The beauty of being in your own skin is that you don't have to look at your own face."