Descriptions of these deities are praised because they give each god distinctive personalities and manners and specific roles that determine their place in the hierarchy of mythology.

Anubis is one of the most well-known ancient Egyptian gods due to his well-defined place in the mythology, as well as his recognizable look and a darker vibe that he gives off. The name Anubis actually comes from Greek. His real name in ancient Egyptian would be Anpu or Inpu. He is represented by a man with the head of a jackal or a black dog - creating one of the most memorable appearances of any god from any mythology. 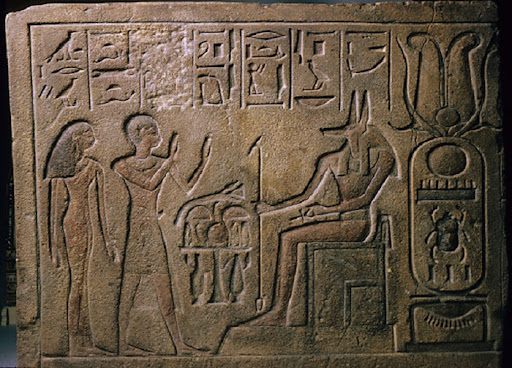 People often compare Anpu to Hades - the Greek god of death and the brother of Zeus. To some extent, the comparison stands: both gods, based on their depictions, as well as their roles, can be and are considered as gods of death.

However, unlike Hades, the sole ruler of the underworld in ancient Greek mythology, Anubis did not exclusively hold that position in Egyptian mythology. Instead, his role was much more specific, making him stand out among his counterparts.

Below are three factors that make Anubis a unique god of death.

Anubis' Place In The Extended Main Family Of Egyptian Mythology 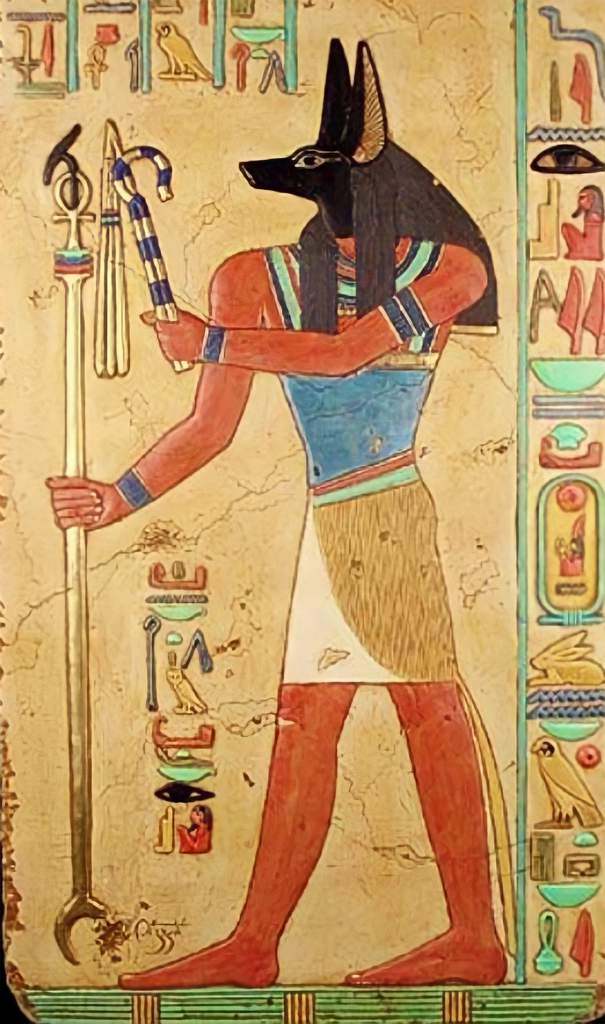 Where exactly does he stand in the extended family of the ancient Egyptian deities?

Anubis was the son of Nephthys, the goddess of the air, and the head of the family. Nephthys had three other siblings: two brothers Osiris and Seth, and a sister - Isis. She was married to Seth, while Osiris was married to Isis. Yes, incest was a common practice in ancient Egypt.

However, there are several stories of who was his real father. According to the myths, Nephthys hid Anupu in the marshes when he was born. The reason behind this may have been that he was an illegitimate child and not the son of Seth. 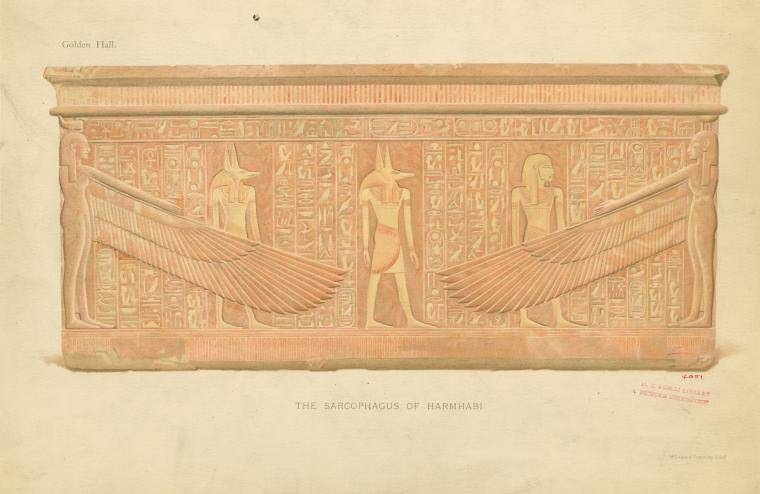 In addition, it has to be noted that it was Osiris who raised him and fathered him, and not Seth - the husband of Nephthys, who was the evilest of the family and had a war with Osiris. This factor becomes crucial later on in Anubis' myth because he builds a solid and trusting relationship with Osiris.

The complications that come with the Anubis' place in the extended family of the ancient Egyptian deities certainly make him a unique case.

Not The Only God Of Death 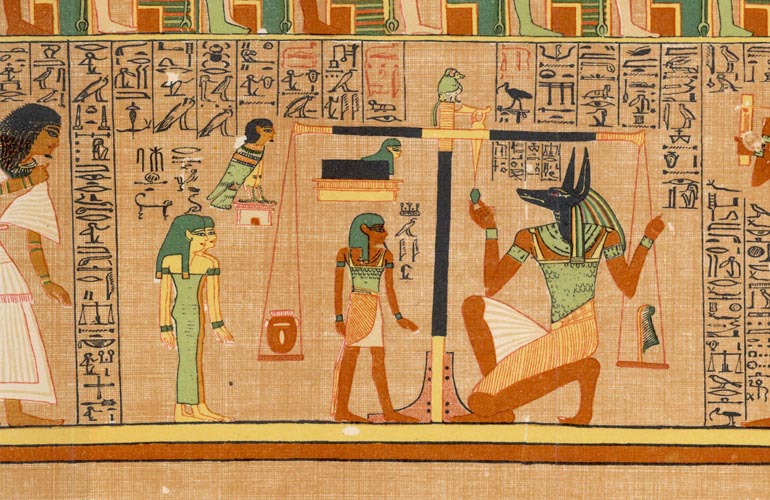 Was Anubis the god of death? In short, yes, he was. But nothing can be said in short when we are talking about ancient mythology.

Anubis was considered the sole god of death, mainly in the Early Dynastic period of ancient Egypt, which refers to about 2900-2350 BC. He assumed that position before one of the most important events in Egyptian mythology - the resurrection of Osiris.

Osiris is probably the central figure of ancient Egyptian mythology. Initially, he was a god of fertility, and according to myths, he introduced agriculture to humanity. Of course, this factor gave him a prominent role in the eyes of ancient Egyptians, making him the ruler of the day and a god that was universally considered as "good."

However, after dying in the war with his brother Seth, the "evil" counterpart of Osiris and the ruler of the night, Osiris was resurrected by his wife, Isis. After these events, Osiris became the primary god of death and resurrection in Egyptian mythology. 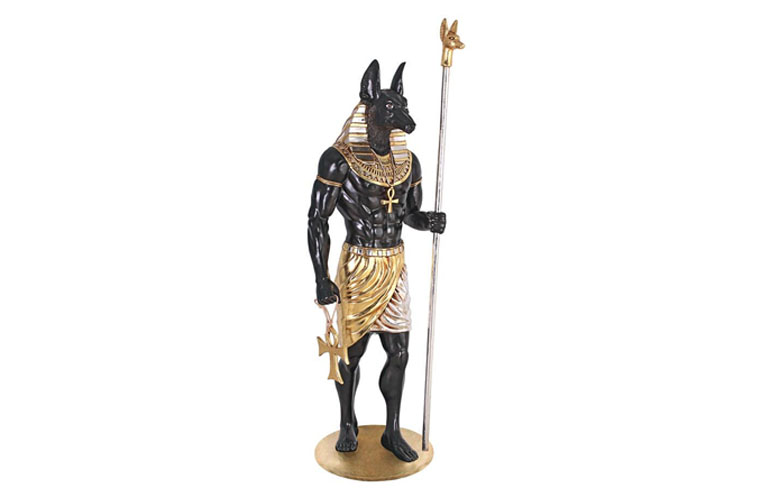 Interestingly, Anubis' role did not diminish, with Osiris becoming the main god of death. He was the one who protected Osiris' body and embalmed it, making him the inventor of embalming and mummification - one of the most sacred practices in ancient Egypt.

Myths tell of him defending Osiris' dead body against Seth, who transformed into a leopard and tried to approach him. With this, Anubis' position shifted to ensuring that the dead made it safely to the underworld, or the Netherworld, as the Egyptians called it.

All in all, Anubis shared the position of god of death with Osiris. Both of them had clear-cut responsibilities that made them different from each other. This is one factor that makes Anubis one of the unique gods of death in all of mythology.

Many Roles For The God Of Death 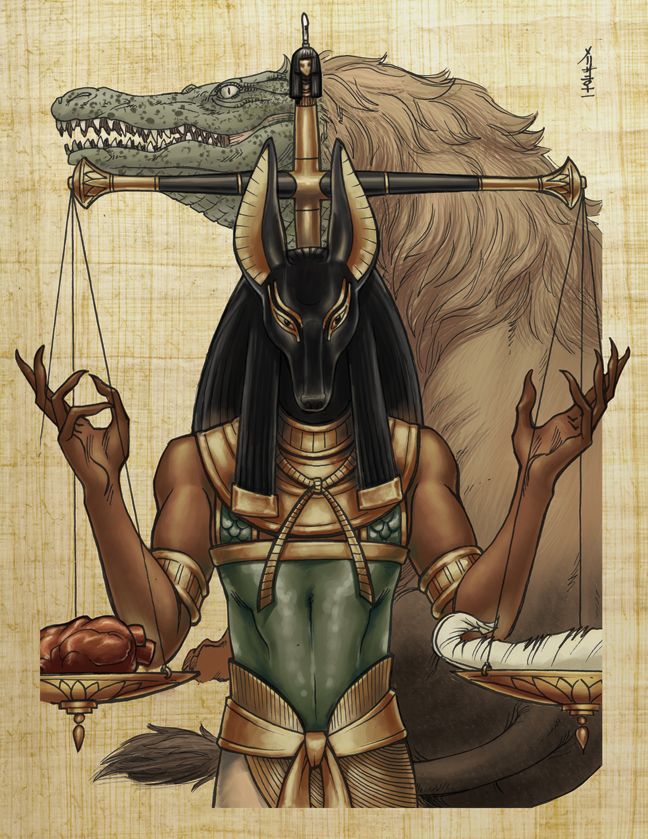 Being the god of death has different meanings throughout various mythologies. While some of these meanings are similar and intertwined, we still need to look at each of them independently to find out what they exactly mean.
As mentioned above, when it comes to Anubis, he shares many of his responsibilities with Osiris.

Anubis is the protector and the transporter of the dead in the Egyptian underworld. He makes sure that those who died made it safely to their afterlife. In this feature, he is more similar to Charon - a figure in Greek mythology who dwelled in the underworld and ferried the souls of the dead on the river Styx.

The role of the transporter of the deceased is nothing new in ancient mythologies, but it is interesting that in Egypt, that role was assumed by one of the most important gods, while Charon was not a god at all in Greece.

In addition, he holds the position of the inventor of mummification, making him vital in the matters of funerals and actually taking care of the mummies that reside in the tombs. The fact that he dwells in the cemeteries is also a crucial part of his description. Because of this, he gained his memorable visual: dogs often protect property and people, and Anubis' role as the "protector of the tombs" inspired Egyptians to depict him with having the head of a dog or a jackal.

Anubis was also responsible for "weighing the heart" of a dead person. This action determined if the said person was worthy of entering the afterlife or not. Anubis would weigh the heart against a feather of an ostrich - the symbol of truth.

If the person's heart weighed less, their soul would pass the test and enter the afterlife. However, those unfortunate to fail it would be devoured by an ancient Egyptian demon, Ammit. Anubis is most commonly depicted performing this ritual. Surrounded by other gods, he usually holds a golden scale to determine the soul's fate.

As we can see, unlike Osiris, who generally rules over the underworld, his roles are more carefully distributed, showing just how much respect ancient Egyptians had for this deity.

As for his personality, well, Anubis' features include being loyal and dedicated to Osiris, who, as we mentioned above, is of good and gracious nature. This may stand as a surprise because Anubis' appearance does not precisely scream being kind, which may trick people into believing that he is evil and cunning.

In fact, he is just and makes sure that the souls that dwell in the underworld behave righteously. Hades, who can be considered as his counterpart as the god of death from Greek mythology, is clearly an evil and dark deity, ruling over the underworld with wrath.

So, all of this does not precisely make Anubis an evil deity often associated with gods of death in many mythologies worldwide. Ancient Egyptian mythology respects him as much as any other god who can be seen as "good" from the first glance. Based on his interesting family background, history, and the cultural importance of his roles, Anubis is probably a unique god of death there exists.