An Antifa guy set himself on fire during protests, and someone edited Footloose soundtrack over it, inspiring internet hilarity.

I wouldn't normally laugh at personal pain and misfortune like this, but…I can't help it!

This video shows an Antifa protester catching fire set to the song Footloose.

The footage — set to the Kenny Loggins song — shows the protester with his lower pant legs in flames, frantically running away from another small fire in the street. 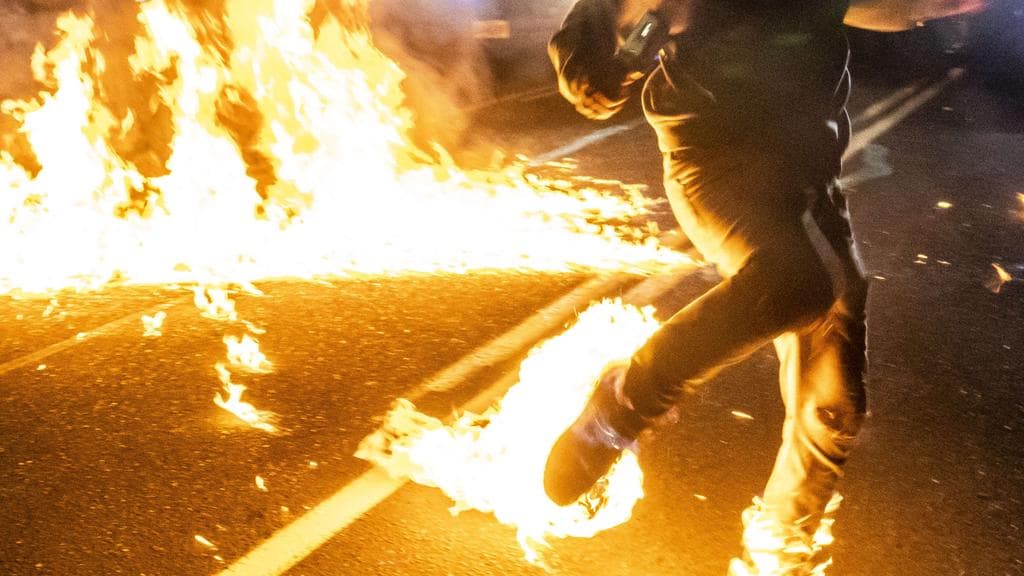 As the man runs in panic, police declared the protest a riot, and they begin deploying tear gas.

He then rolls on the ground in an effort to smother the flames.

Fellow protesters work to extinguish his burning pants. The cops also had to move in to help the protester put out the flames.

According to reports, protesters had thrown Molotov cocktail-like devices before cops and state troopers at the scene made their riot declaration.

In a statement, the police said that protesters threw 'firebombs, mortars and rocks' at law enforcement.

"This criminal activity presented an extreme danger to life safety for all community members. It prompted a declaration of a riot."

"The crowd was advised over a loudspeaker that it was a riot, and they were to leave the area… immediately."

After the video of the burning man surfaced on social media, netizens couldn't help but notice it was pretty hilarious.

That spurred some creativity as some saw an opportunity for comedy gold by adding appropriate soundtracks.

Someone put the video to the tune Footloose.

Near self-immolation video also got the hip-hop treatment.

Someone else did a Girl On Fire version, while another put it in reverse for a moonwalking treatment of the fire.

This girl is on fire 🔥 pic.twitter.com/Nnlgwo9VjO