Here's the surprising secret to making perfect scrambled eggs, according to the former chef and TV personality Anthony Bourdain.

Eggs are a timeless breakfast favorite. However, getting an omelet spot on or whipping up the perfect scrambled eggs isn't as easy as most think.

While some people might argue learning the perfect 'recipe' for making scrambled eggs sounds 'silly,' according to Anthony Bourdain, there's a way to make scrambled eggs that's better than others.

The former celebrity chef and TV host traveled the world as the host of CNN's Parts Unknown.

So, he sampled lots of eggs and identified the one mistake even the most experienced chefs make.

In an interview with Tech Insider, he left us the full step-by-step guide on how to whip up the perfect scrambled eggs. 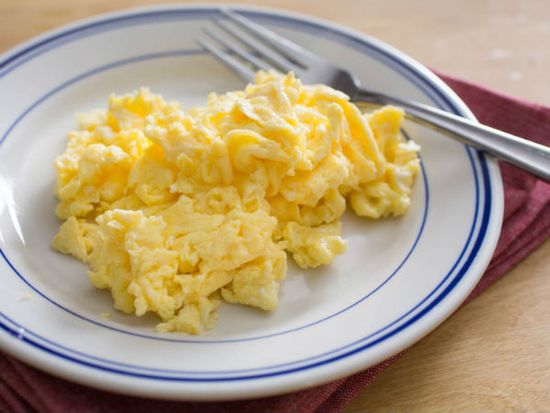 He also highlighted a few common mistakes everyone makes.

For instance, many people 'overcomplicate' the dish by adding milk or cream. Bourdain's recipe doesn't include these ingredients because he believes 'a scrambled egg is all about the egg.'

So, What Do You Need?

Heat up your pan with butter, so the eggs don't stick. The pan shouldn't be too hot, though, or else you risk overcooking the eggs.

Crack your eggs on a flat surface, and then pour them into a bowl. By doing this, you can be 100 percent sure there are no bits of eggshells in the mix.

Beat your eggs gently with a fork but be careful not to overbeat it.

"You do wanna, sort of, have a ripple of white and yellow throughout. You also just don't wanna make it complete, sort of, homogenous yellow."

Also, you need to beat the egg right before putting it in the pan. That way, the egg stays fresh, and they don't sit.

Add pepper and salt to your taste, but no other spices.

One of Bourdain's secrets is to not add cream, milk, or whatever everyone else adds.

Immediately pour your mix into the hot pan.

Wait until the eggs bubble up and then stir with a fork in a figure-8 pattern to fold them into large, fluffy mounds.

Bourdain also noted that your final result should be 'something fluffy, airy, rippled with a nice textural note.'

But remember, making the perfect scrambled eggs takes practice. Even Bourdain explained it took him some time before getting good at it.

"Very, very simple dish. But like a lot of really good simple things, more often than not, people find a way to screw them up."