Angus Barbieri, who weighed 207 kilograms, was motivated to change his weight after becoming fed up with being overweight.

It is not recommended to go without food for an extended period of time as it can have serious health consequences. However, it is reported that in the 1960s, a man named Angus Barbieri went without food for a year, losing approximately 276 pounds (125 kg) in the process. It is important to note that this is not a safe or healthy method of weight loss and should not be attempted.

In the 1960s, a Scottish man named Angus Barbieri set a record for the longest fast by abstaining from food for 382 days. During this time, he consumed only tea, coffee, soda water, and vitamins, resulting in a significant weight loss of 276 pounds (125 kg). It is important to note that this type of fasting is not recommended and should only be done under close medical supervision.

The incredible story of Angus Barbieri 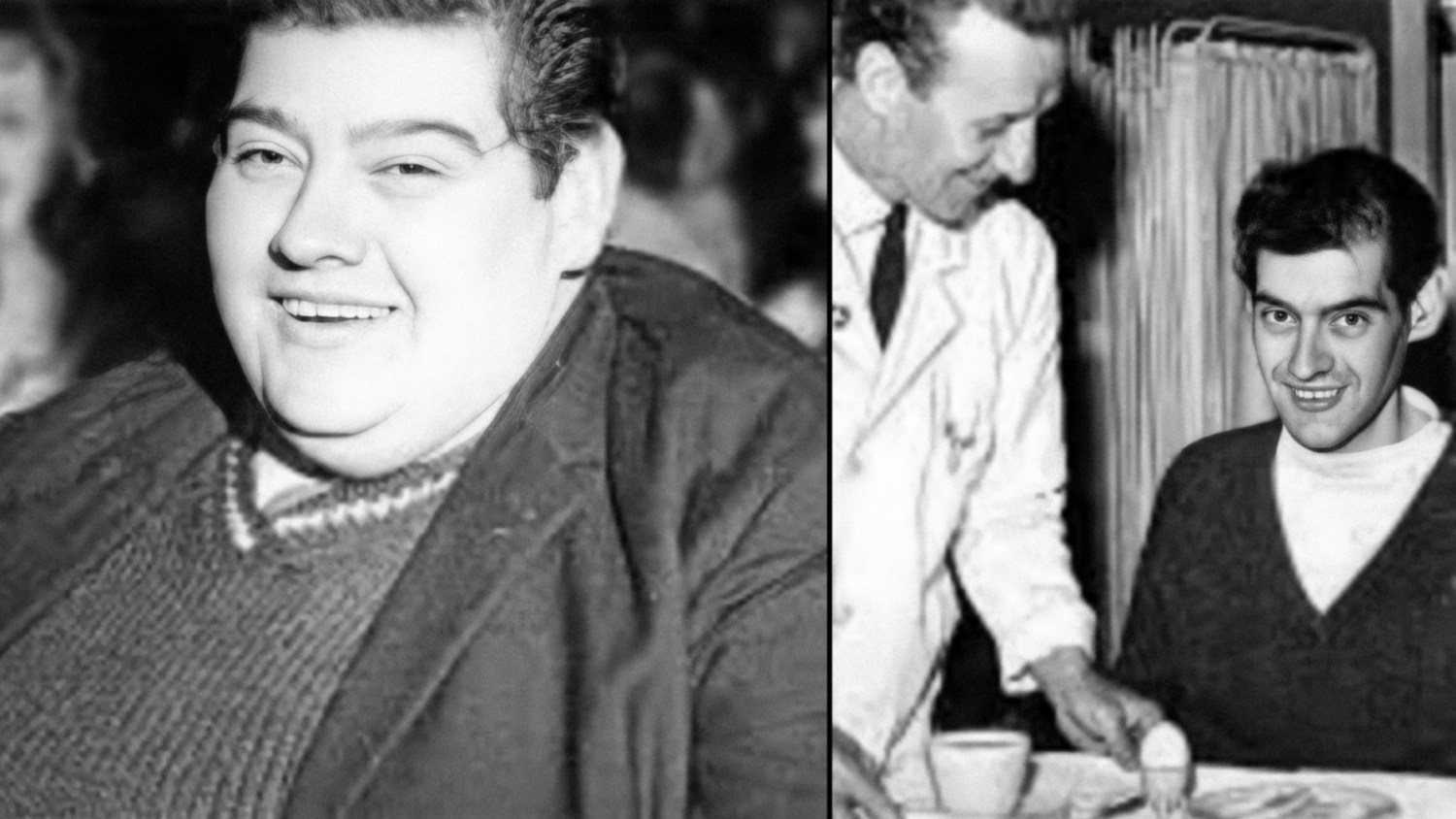 On July 12, 1966, the Chicago Tribune featured an article about Angus Barbieri, a man from Scotland, and his unusual story. The article reported that Barbieri had just broken a fast of 382 days by eating a breakfast consisting of a boiled egg, some buttered bread, and coffee. This fast, which he did under strict medical supervision, set a record for the longest period without food and resulted in an impressive weight loss of 276 pounds (125 kg). 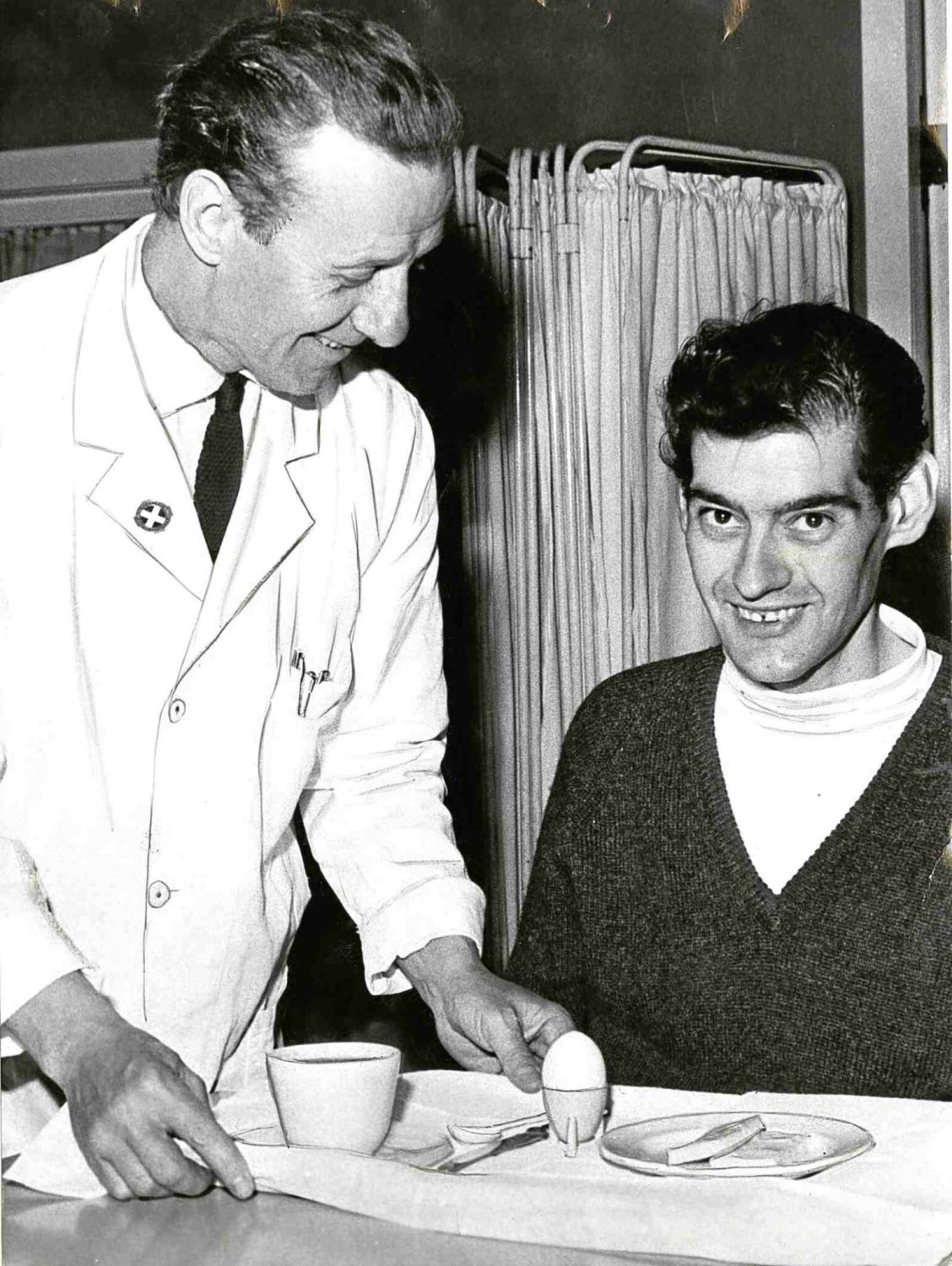 The breakfast that was mentioned in the Chicago Tribune article was not an ordinary one. Barbieri had not consumed any food for 382 days, this boiled egg, buttered bread, and coffee was the first food he had eaten in over a year. He abstained from all forms of food, including meat, vegetables, fruit, and even light meals during that time, under strict medical supervision. This fast set a record for the longest period without food and resulted in a significant weight loss of 276 pounds (125 kg).

At the age of 26, Barbieri began his diet weighing 472 pounds. It is unclear how he gained so much weight, but it is known that he worked in his family's fish and chip shop.

Angus, being heavily overweight, sought a solution to achieve a healthy weight. After consulting with medical professionals, they recommended he try "total starvation" as a means of weight loss. He agreed and began the fast.

For 382 days, Angus was fully committed to his weight loss journey. He left his job and worked closely with doctors who monitored his condition. He did not consume any solid food, but his body still required some vitamins to survive the extreme starvation.

According to the Chicago Tribune, Angus' only consumption during the fast was water, soda water, tea, and coffee, as well as prescribed vitamins. He also mentioned having a little milk or sugar in his tea occasionally. He spent time in hospitals for short periods during the fast, alternating with returning home.

After completing his year-long fast, Barbieri weighed a much healthier 179 pounds. He had no plans to return to working in the fish and chip shop, which had been sold by his family. He even claimed to have forgotten what food tasted like. The following day, according to a report by the Chicago Tribune, he told a reporter, "I thoroughly enjoyed my egg and I feel very full."

This is a unique and interesting story, but it is important to note that starvation is not a safe or recommended method for weight loss. In fact, the doctor who supervised the fast stated that they were aware of "five fatalities coinciding with the treatment of obesity by total starvation." It is important to consult with a medical professional and follow safe and healthy weight loss methods.

It is worth noting that five other people have died attempting to do the same thing, starvation as a means of weight loss is not safe. This story serves as a reminder of the potential dangers of such methods and should not be attempted without proper medical supervision. However, it does shed light on the body's ability to adapt in short-term survival situations.

It's important to understand that starvation as a method of weight loss is not safe and should not be attempted without proper medical supervision. This story serves as a cautionary tale, as five other people have died trying to do the same thing. However, it does highlight the body's ability to adapt in short-term survival situations.

Starvation as a method of weight loss is not safe and should be avoided. Even a relatively fit individual likely has enough fat reserves to last long enough to endure a short-term situation. Dangers like dehydration and hypothermia are much bigger concerns. It's important to prioritize finding water and shelter if in a survival situation.

This story highlights the dangers of starvation as a method of weight loss, and should not be attempted. It also shows that fat, which is often viewed negatively, can be useful in survival situations as it stores energy in the form of calories. Historically, the ability to store fat was crucial for survival during times of food scarcity.

The survival water filter that fits in your pocket

Our modern diet and sedentary lifestyle have made it easy to gain weight, but the upside is that it also provides us with a reserve of energy in the form of body fat. Even if you find yourself in a remote location, you likely have enough calories stored on your body to survive, as long as the temperatures don't pose a threat.

In today's society, our diet and lack of physical activity have led to an increase in obesity. However, having a higher amount of body fat can also serve as a survival advantage. In the event of being stranded in a remote location, the stored calories in the form of body fat can provide energy to survive, as long as the temperature is not a factor.

Remember that this perspective on survival is only relevant for short-term scenarios. In long-term survival situations, a different strategy is needed to sustain calorie intake. Failure to do so will result in a loss of strength and the inability to complete survival tasks.

The story of Angus Barbieri may be intriguing, but it also teaches valuable lessons about survival and the human body. It's comforting to know that our bodies typically have a few days of calorie reserves stored in fat. It is important to understand the actual risks in case of being stranded and make a proper plan accordingly.