A girl from Chechnya is known for her exceptional beauty, but albinism is not the only characteristic that sets her apart from others. 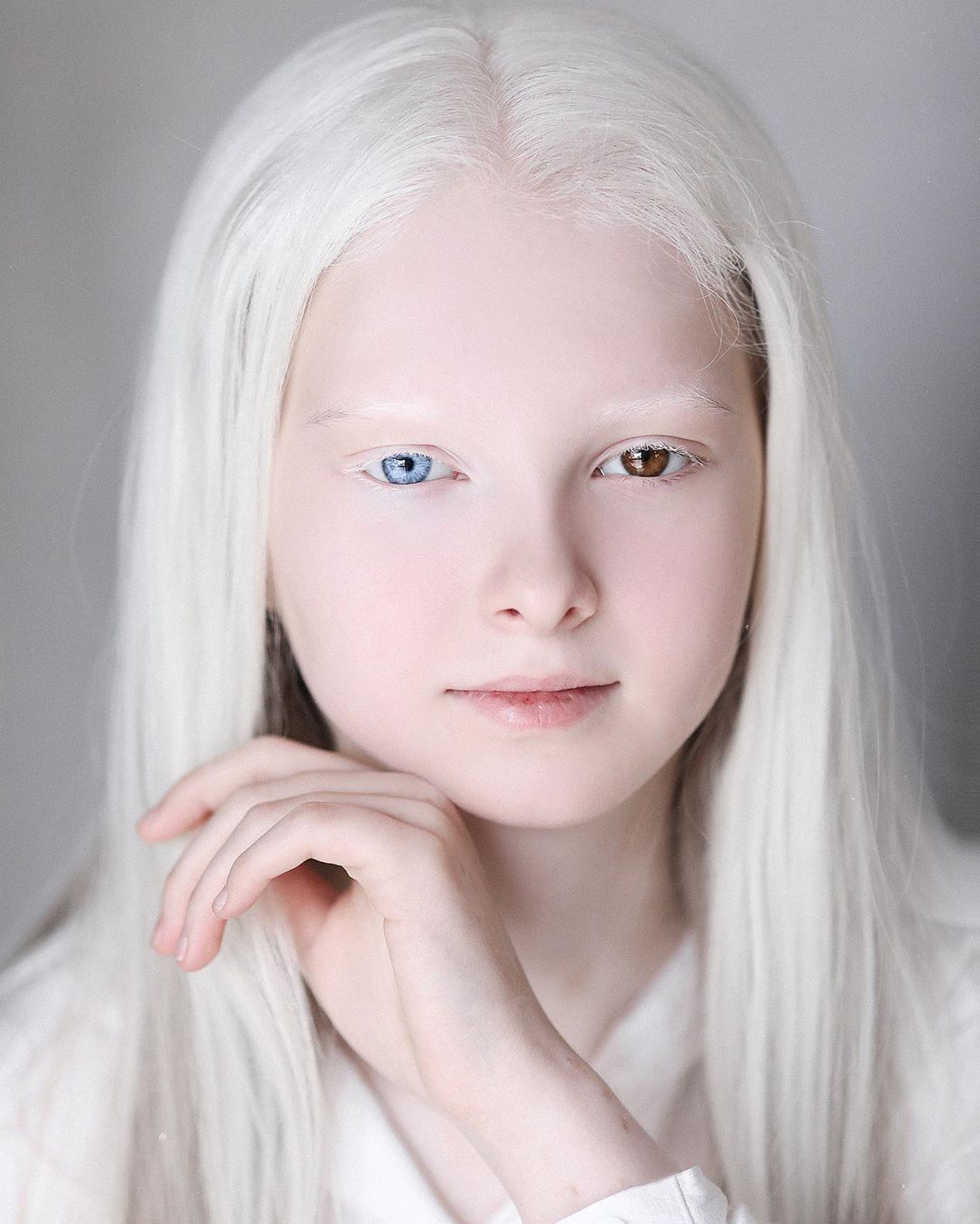 Amina Ependieva, an 11-year-old girl from Chechnya, has a unique and beautiful appearance due to two rare genetic conditions: albinism, which causes her skin and hair to be extremely pale due to a lack of melanin pigment, and heterochromia, which causes her eyes to be different colors.

Amina Ependieva was born on December 11, 2008, in Grozny, the capital of Chechnya, Russia. Some sources say that she has lived in Grozny since her birth, while others claim that she is from Kurchaloy, a small town in Chechnya. Amina is widely known in Chechnya for her stunning beauty.

Amina Ependieva's photos were first shared on Instagram by photographer Amina Arsakova, who introduced her followers to the young girl and her unique appearance "search for the beauty has once again succeeded." 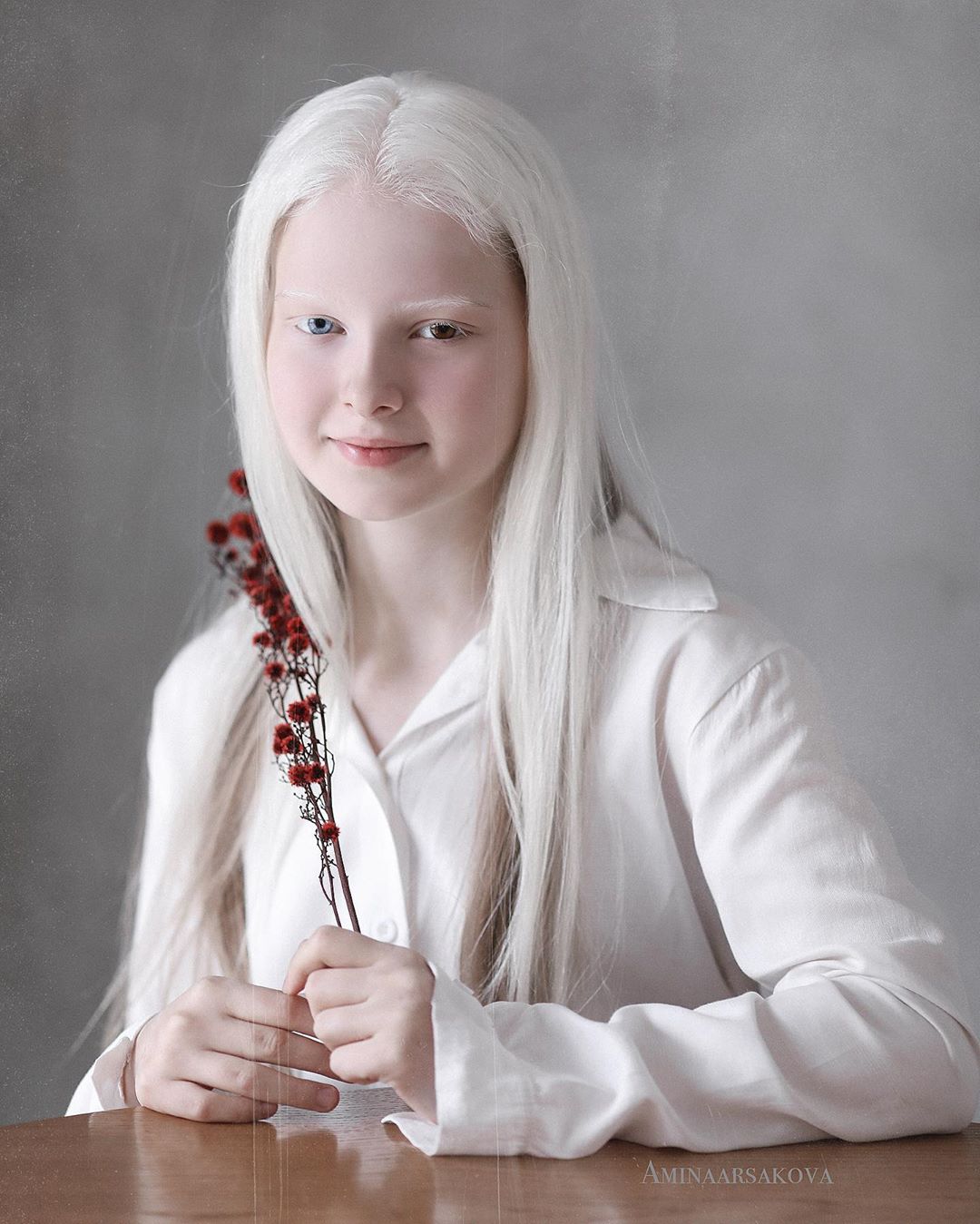 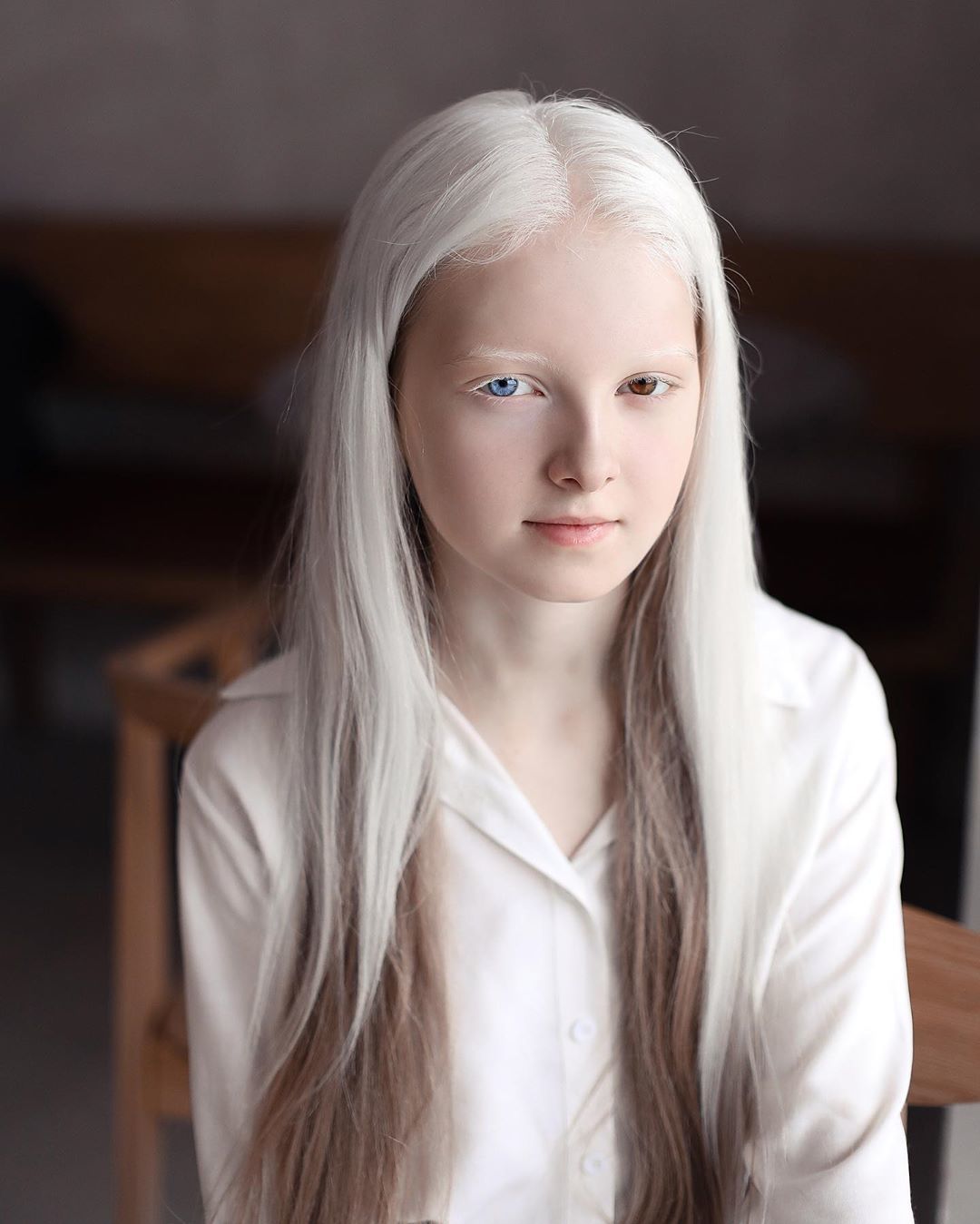 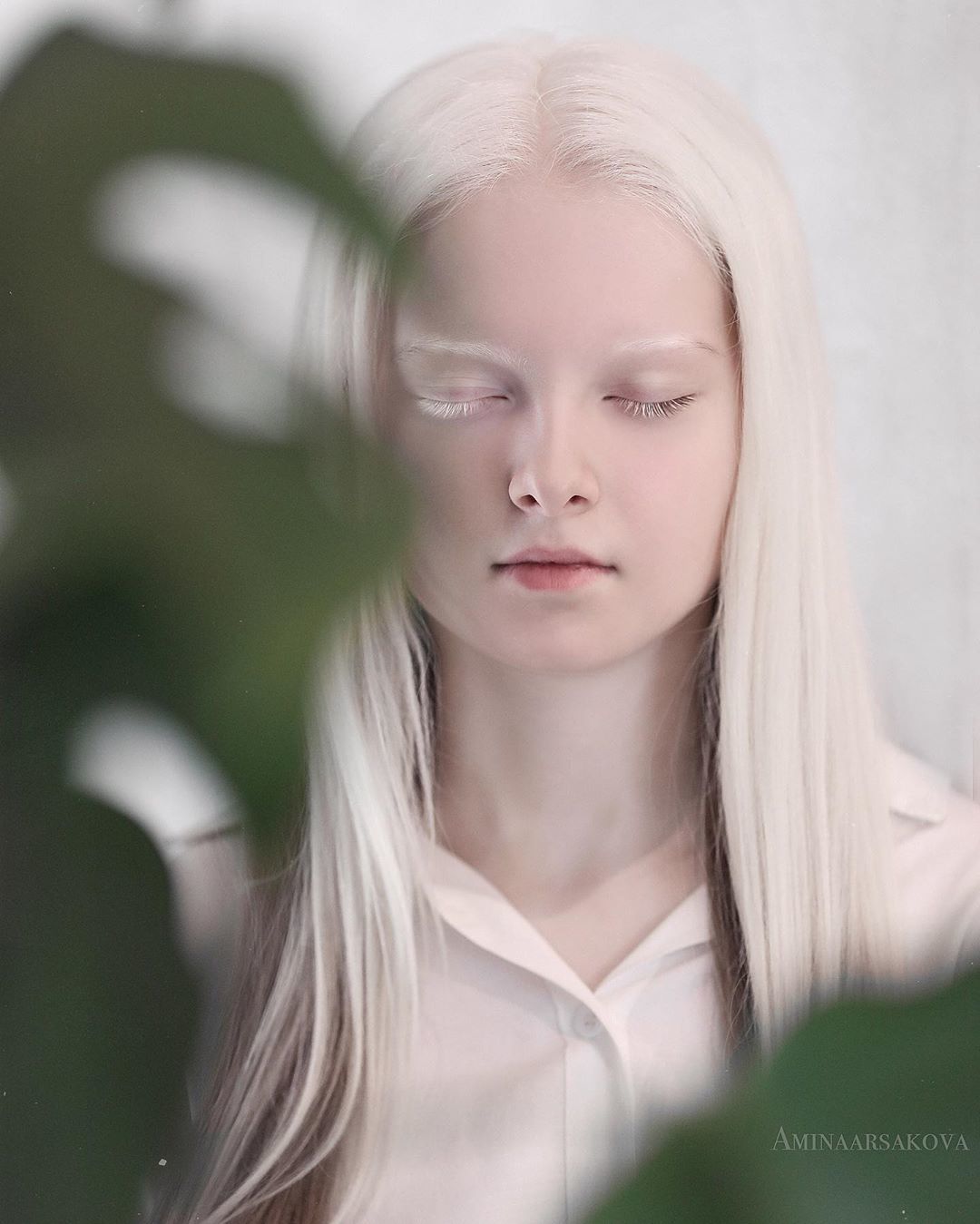 The photos of Amina Ependieva were posted on Instagram in January 2020 and quickly went viral, receiving over 10,000 likes and hundreds of comments. This was a significant increase in engagement compared to the average 1,000 likes that Arsakova's posts usually receive.

While many people are in awe of Amina Ependieva's unusual appearance, some have questioned whether she used contact lenses or if the photographer used special effects to create her strange appearance in the photos. However, Amina's real-life appearance is reportedly the same as in the photographs, and her beauty is genuine.

Albinism is a genetic condition that results in the absence of the coloring pigment melanin in the skin, hair, and iris of the eye, causing a person to have white skin and very light hair. The eyes of individuals with albinism often appear blue or have a reddish or mauve hue.

Heterochromia is a condition in which the irises of a person's right and left eyes are colored differently. This can occur when one iris has more melanin than the other. For example, one eye may be brown and the other blue. Heterochromia does not affect a person's vision, but it does give them a unique appearance.

While Amina Ependieva is generally thought to have partial albinism, some people speculate that she may also have "Type 1 Waardenburg Syndrome."

"Type 1 Waardenburg Syndrome" is a genetic condition characterized by congenital sensorineural hearing loss, pigmentary deficiencies of the hair such as a white lock of hair in the front-center of the head or premature graying, pigmentary deficiencies of the eyes such as different colored eyes (complete heterochromia iridum), multiple colors in an eye (sectoral heterochromia iridum) or bright blue eyes, patches of skin depigmentation, and a wider gap between the inner corners of the eyes called telecanthus or dystopia canthorum.

Other facial features that may be associated with Type 1 Waardenburg Syndrome include a high nasal bridge, a flat nose tip, a unibrow, small nostrils, and a smooth philtrum.

Regardless of the specific cause, it is evident that Amina Ependieva has multiple rare genetic mutations that have contributed to her unique and striking appearance. Currently, she is still in school, but it is likely that fashion agencies will take notice of her beauty in the future.

How To Take Care Of Body Jewelry