Jane "Nightbirde" Marczewski, the contestant on the latest season of America's Got Talent, passed away from cancer at 31.

The fan favorite had been battling cancer for four years. Jane revealed her story to the world last June. Marczewski said that the disease had spread to her lungs, spine, and liver.

Six months ago, Jane, who used the name Nightbirdie, had to withdraw from the competition due to her deteriorating health. 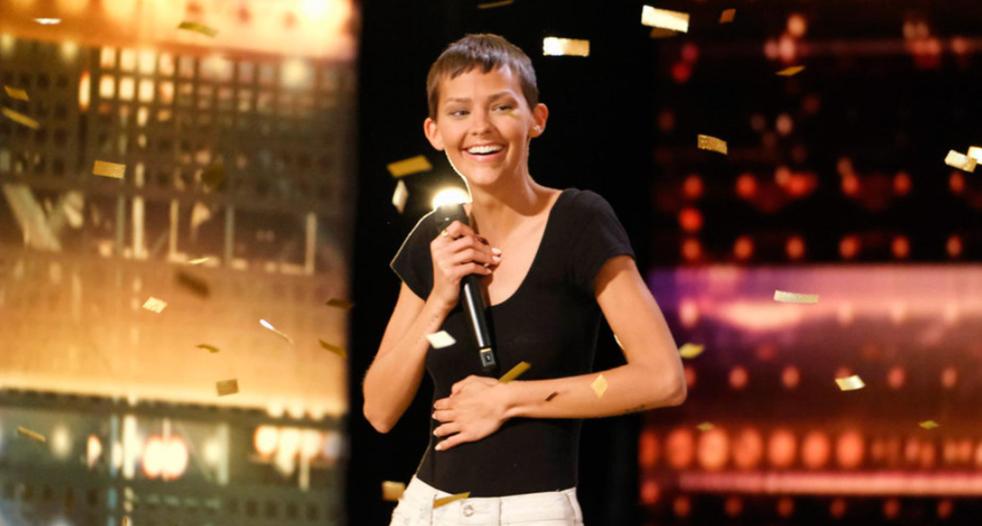 The singer passed away on Saturday, and her family confirmed her death "with the deepest heartache."

Her song It's OK inspired millions as it sent a message of hope and never giving up.

The statement to USA Today read:

"Those who knew her enjoyed her larger-than-life personality and sense of humor. She had a witty joke for every occasion – even if the joke was on her. Her lasting legacy will be the gift of hope she gave to so many through her music and the strength she found in Jesus."

On Monday, the show's Howie Mandel paid tribute to Marczewski, tweeting that she was "such a bright, inspirational light in all our lives."

"We must continue to live and learn from her words and lyrics. As much as I feel horribly about her passing I feel lucky to have met, heard, and known her." 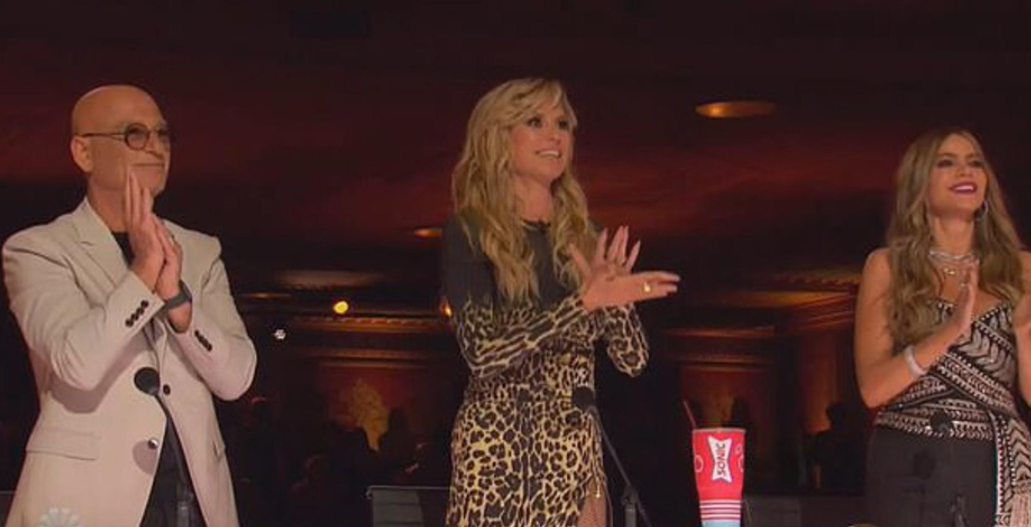 The show's host Terry Crews offered his condolences on Instagram, writing next to Marczewski's photo:

"Our Condolences goes to her Closest Family & Friends in such of this difficult time. We Love you, Nightbirde."

"We love you. Rest in peace @_nightbirde."

Sofia Vergara followed with a message:

"We lost a shining star today. You were a true inspiration to all. Sending so much love to Nightbirde's family and friends." 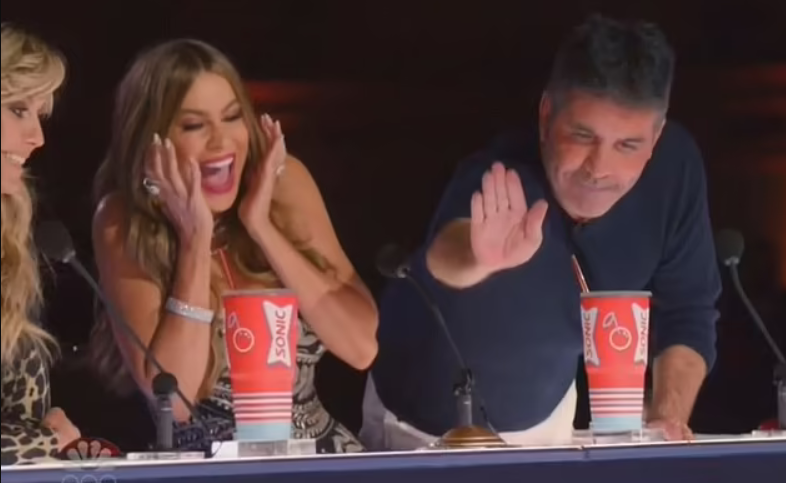 "She was something special."

Marczewski's health decline started in 2017 when she was diagnosed with breast cancer. She was in remission when it came back with metastases.

In 2019, the doctors told her she had a 2 percent chance of survival. They also said she would live from three to six months.

Though she beat the odds, cancer finally returned in 2021, for the third and final time. 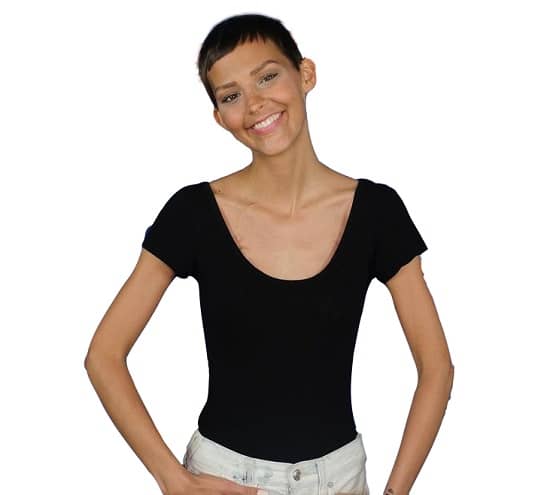 During her CNN interview, Nightbirdie said her liver was "more cancer than liver" at that point, admitting that she had a "bad, bad month" since she got the news.

She also revealed her "rebellious hope," which had helped her twice before. Marczewski, from Ohio, was sent straight into the live show's quarterfinals as Simon Cowell, almost in tears, pressed the Golden Buzzer.

However, she was forced to leave the competition soon since it was too "demanding."

On CNN, she kept a brave face, but her words told a different story:

"I have been curled up in a ball like a little cocktail shrimp having an A-plus pity party for myself cause it's just been a bad, bad month."

"It's been really pretty devastating."

She tried to stay positive but had to pull out of the show:

"I'm not a quitter, so it was really really hard for me to say that I couldn't finish the show."

During the same interview, Marczewski told the viewers that a week before, she learned that the cancer regrowth had taken over her lungs and liver.

Still, the brave young woman did not want to give up:

"But, as I said, I'm planning my future, not my legacy. And some people would call that blind denial but I prefer to call that rebellious hope. And I'm not stopping any time soon."

"When we're going through stuff like this where, really, the pain is too much to bear sometimes, it makes no sense at all. If we can hold onto a dream for the future, sometimes that's all we need to get through."

However, she stated she "believes in dreams for all of our lives that originated in the imagination of God."

She kept herself in a positive mindset by asking questions like:

"When you're faced with so many blows to the gut in a row — like I have over the past several years — you find out what you're made of, in a sense. And you're given the opportunity to choose what you want to become."

"I try not to occupy myself with questions that are too big for myself to answer. It's a waste of time. Just because it's a mystery doesn't mean it's the absence of meaning."

Marczewski's positivity and openness touched millions. She also said that "sometimes the mystery means there's more meaning there than we can even understand. And so I accept that, and I let go of the questions because it's too heavy."

"When you go through something that is so devastating, makes no sense, there's no answers, you kind of have the choice: Am I gonna become bitter? Or am I not? You do have a choice. You do get to decide what becomes of you, in a sense."

"And I've decided in my most painful moments to keep my eyes open because it's easier to close your eyes and give up and forget it. But there's so much beauty and poetry to be seen in the world if you are willing to sign off on the pain that it takes to stay awake in the middle of something that hurts so bad. That's all this is. Anybody can do it."

She never gave up on music:

"This cancer's gotta go... which I really believe is gonna happen soon. And after that, I'm gonna write the most amazing record you've ever heard in your life."

She told CNN that she had " so much beautiful stuff that I'm so excited to share, and I know that I will."

Then she shared lyrics from a song that meant a lot to her:

Saying Goodbye To America's Got Talent And Fans

Marczewski had first revealed on stage at her audition that she had cancer of the lungs, spine, and liver.

"It's important that everyone knows that I'm so much more than the bad things that happen to me."

"You can't wait until life isn't hard anymore before you decide to be happy."

"Sharing my heart with the world on AGT has been an honor and a dream come true. My point of view this summer has been astounding. What a miracle that the pain I've walked through can be reworked into the beauty that makes people all over the world open their eyes wider."

In the video, she added:

"Since my audition, my health has taken a turn for the worse, and the fight with cancer is demanding all of my energy and attention. I am so sad to announce that I won't be able to continue forward on this season of AGT. Life doesn't always give breaks to those that deserve it — but we knew that already." 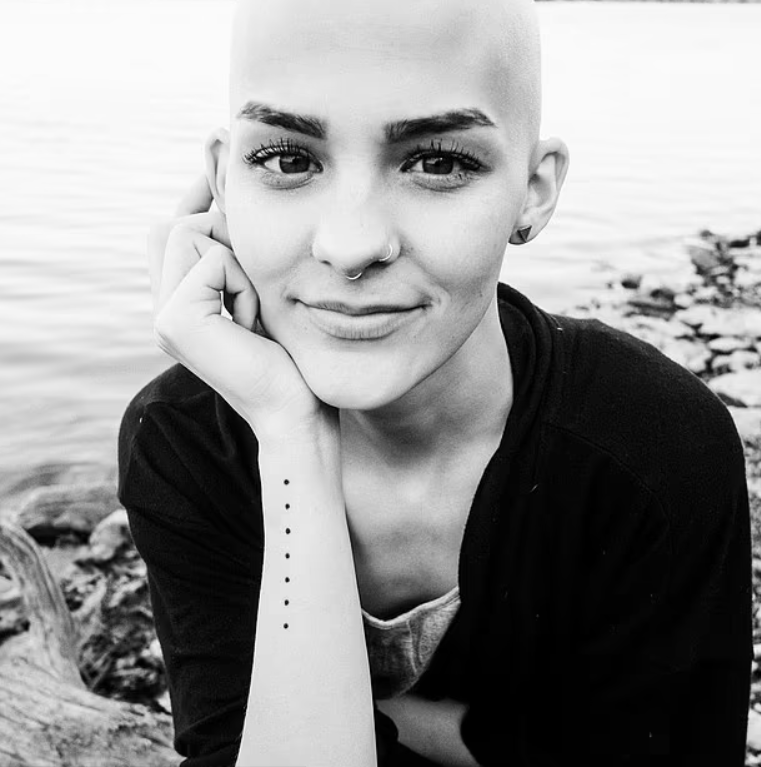 She thanked her fans:

"Thank you for all your support, it means the world to me. Stay with me, I'll be better soon. I'm planning my future, not my legacy. Pretty beat up, but I've still got dreams."

Both Sofia Vergara and Heidi Klum reposted her message, thanking the late singer for her " energy, your passion, and your beautiful voice at the live shows."

At the time, Vergara added:

"We're rooting for you and your big dreams!"

Sadly, though cancer did not break the young woman's spirit, her body could not handle more battles with the deadly illness.

Our thoughts are with Jane's family and friends.