Morgan Tremaine, a former TMZ employee, testified in Virginia court on May 25th that Amber Heard staged a photoshoot of her allegedly bruised face.

He told the jury that TMZ was notified and the crew would "stop and turn and display her bruise" after Amber got the restraining order against her then-husband.

Morgan, a former field assignment manager, said that he dispatched the photographers to get pictures of Amber Heard in May 2016 in Los Angeles as she was leaving the court.

"Their objective was to capture her leaving the courthouse and she was going to sort of stop and turn toward the camera to display the bruise on the right side of her face, the alleged bruise" - TMZ employee#JohnnyDepp #AmberHeard pic.twitter.com/rClxduUEWm

Tremaine explained that his responsibility was dispatching 20 paparazzi to locations in Los Angeles. TMZ received tips or got lists of where celebrities would be.

"Oftentimes, it would be publicists, managers, agents or B-list celebrities... and lawyers, definitely."

tmz just confirmed that they were tipped off about amber heard going to the courthouse to get her tro and they were told she turn to the camera so they can get “bruise”. she previously claimed that the paparazzi just showed up on their own. pic.twitter.com/KcQZwGuw9Y

He then told the jury:

"She was going to sort of stop and turn towards the camera to display the bruise on the right side of her face, the alleged bruise."

Previously, Amber testified she was "shocked" upon learning that photographers were already outside the courthouse in Los Angeles.

Depp's lawyer asked the former TMZ employee whether sending paparazzi to law office parking lots was common. He replied, "No, not at all."

Tremaine described other occasions when he was instructed to send paparazzi to take snaps of Amber Heard during her divorce from Depp. 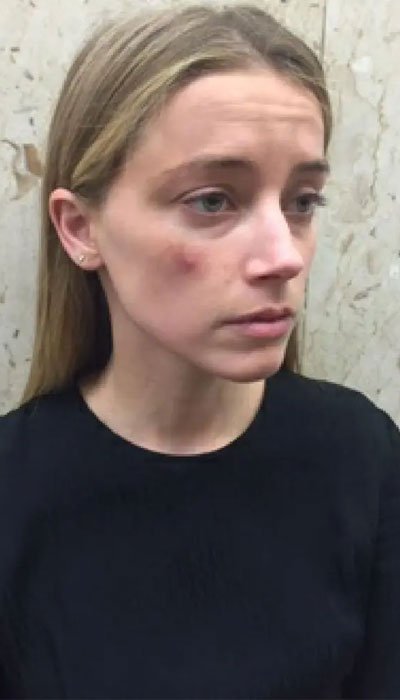 Tremaine continued talking about how TMZ received a video of Depp smashing kitchen cabinets. Again, he testified that TMZ owns the video received via email.

Both sides had their closing arguments, and the jury will return to the Virginia courtroom on Tuesday morning.