A Reddit thread went viral after someone posted an alleged mugshot of a teenage Amber Heard. The most shocking twist: the thread's title "Was Amber Heard involved in vehicular manslaughter as a teenager?" alleges that Amber was involved in a car accident that resulted in the death of her friend.

Though it is highly unlikely and far-fetched, here is all we've learned about Amber's life before she became famous. 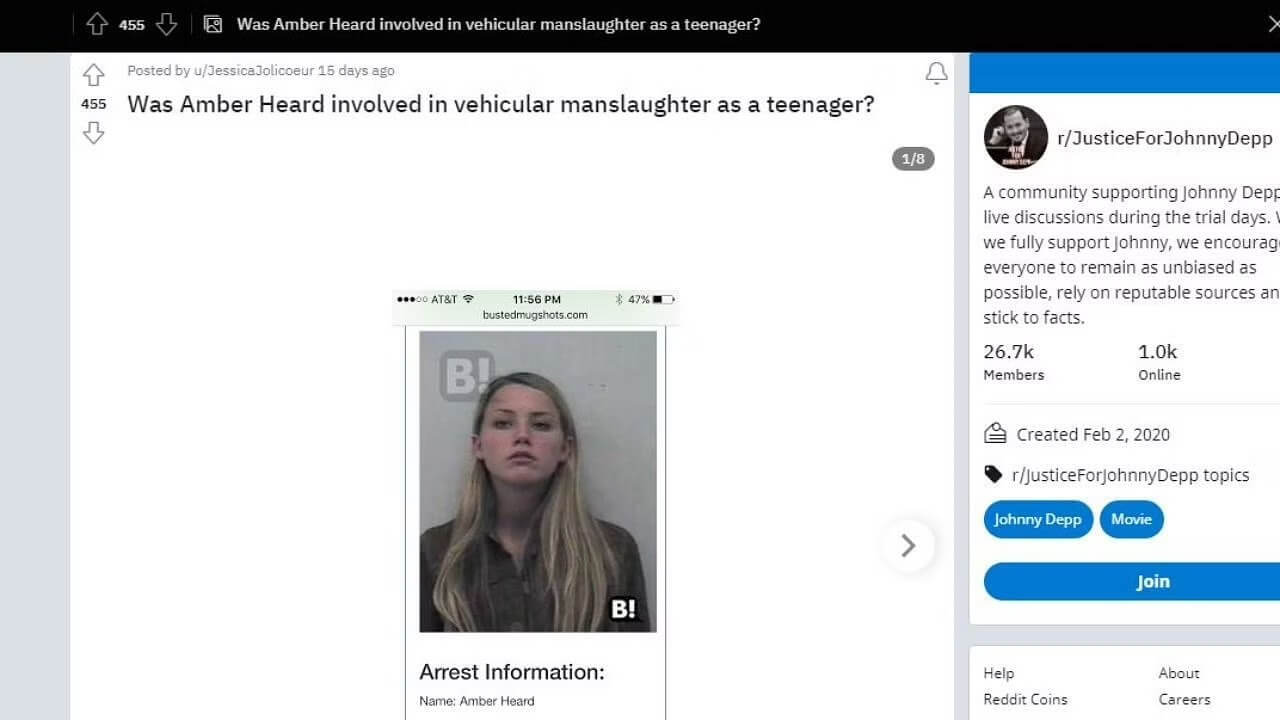 The mugshot was presumably, taken in 2003 in Austin, Texas. Netizens "connected the dots," as Yahoo News and The Independent noted that Amber lost her best friend when she was 16.

Numerous theories went from there, as some alleged that Heard dropped out of high school to pursue modeling in New York and later in Los Angeles to start an acting career. This was confirmed by The Independent.

Some Redditors claim that Amber was not involved in any car accident but was arrested for driving with a suspended license. This theory makes more sense, though it is still not confirmed, as the mug shot in question could have been altered.

The bizarre claims spread to Twitter like a wildfire, though there is no actual evidence to support that Amber Heard was involved in the death of her friend.

In addition, people are sharing details regarding the 2009 incident involving Amber and her ex, Tasya Van Ree. 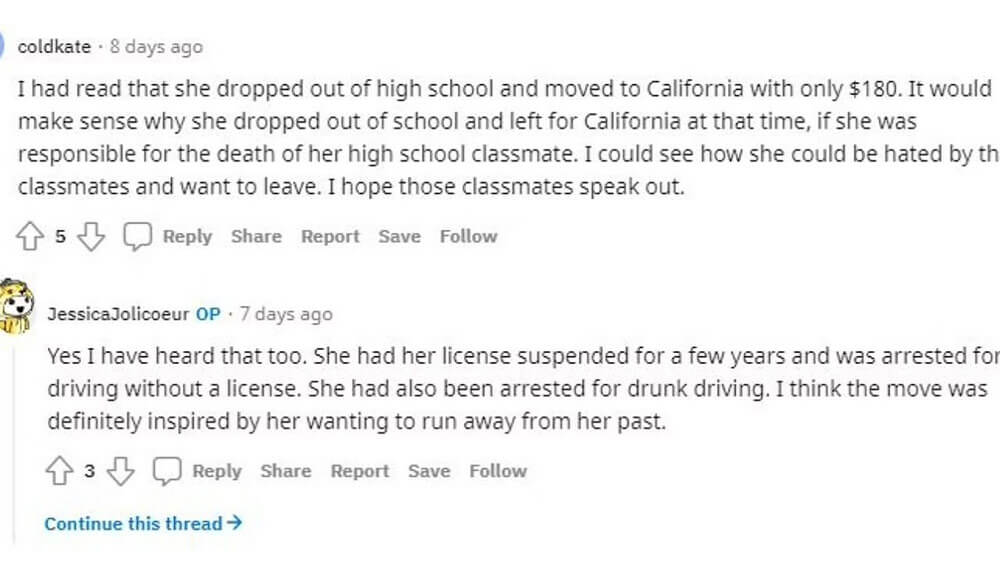 USA Today reported that the former pair argued at Washington's Seattle-Tacoma International Airport. Two years later, in 2011, it was reported that authorities were requested to delete the arrest information about Heard's case.

Van Ree stated that the whole altercation was "misinterpreted." She added that the arrest was "homophobic," though it later surfaced that one of the arresting officers, Beverly Leonard, was "an openly gay woman," People reported.

Amber noted that the claims about domestic violence were false.

Amber Heard had multiple prior offenses as a juvenile. She has been charged with lying and presenting false documents to a police officer, driving while intoxicated, driving with a suspended license ect. It's speculation but she may have been involved in a vehicular accident involving the death of a teenager. https://jambernews.wordpress.com/2016/06/24/amber-heard-record/#amberheard #amberheardisaliar#abusehasnogender #justiceforjohnnydepp

Heard, 36, and her ex-husband, Depp, 58, are in the middle of a defamation trial, which should resume on Monday.

New York Post reports that Depp's lawyers may call Kate Moss to testify, as Amber Heard mentioned her while on the stand. So far, the supermodel was not qualified to testify as she was not important enough for the case.

Twitter reactions are divided, as expected. What do you think, is this slander, or merely Internet users playing detectives?

The only place Amber Heard's face should be prominent is on a mugshot.

How far will this people go? Idk what’s worst the ones who come up with the lies or the ones who just blindly believe the most insane things

The #DeppfordWives are now spreading a rumour that Amber Heard was arrested for vehicular manslaughter at for the death of her best friend.

She was arrested for driving on a suspended/with no license w zero proof this is related to her friend’s death. It’s just more slander. pic.twitter.com/UpKrvBwsqZ