After two days of questioning, Amber Heard's cross-examination is finally over. While ending their examination, Johnny Depp's lawyers asked her about her relationship with James Franco and alleged that she had been abusive towards her ex-girlfriend.

Camille Vasquez, Johnny's lawyer, alleged that Heard hit Tasya van Ree, her then-girlfriend, back in 2009. She committed the assault as two officers watched. 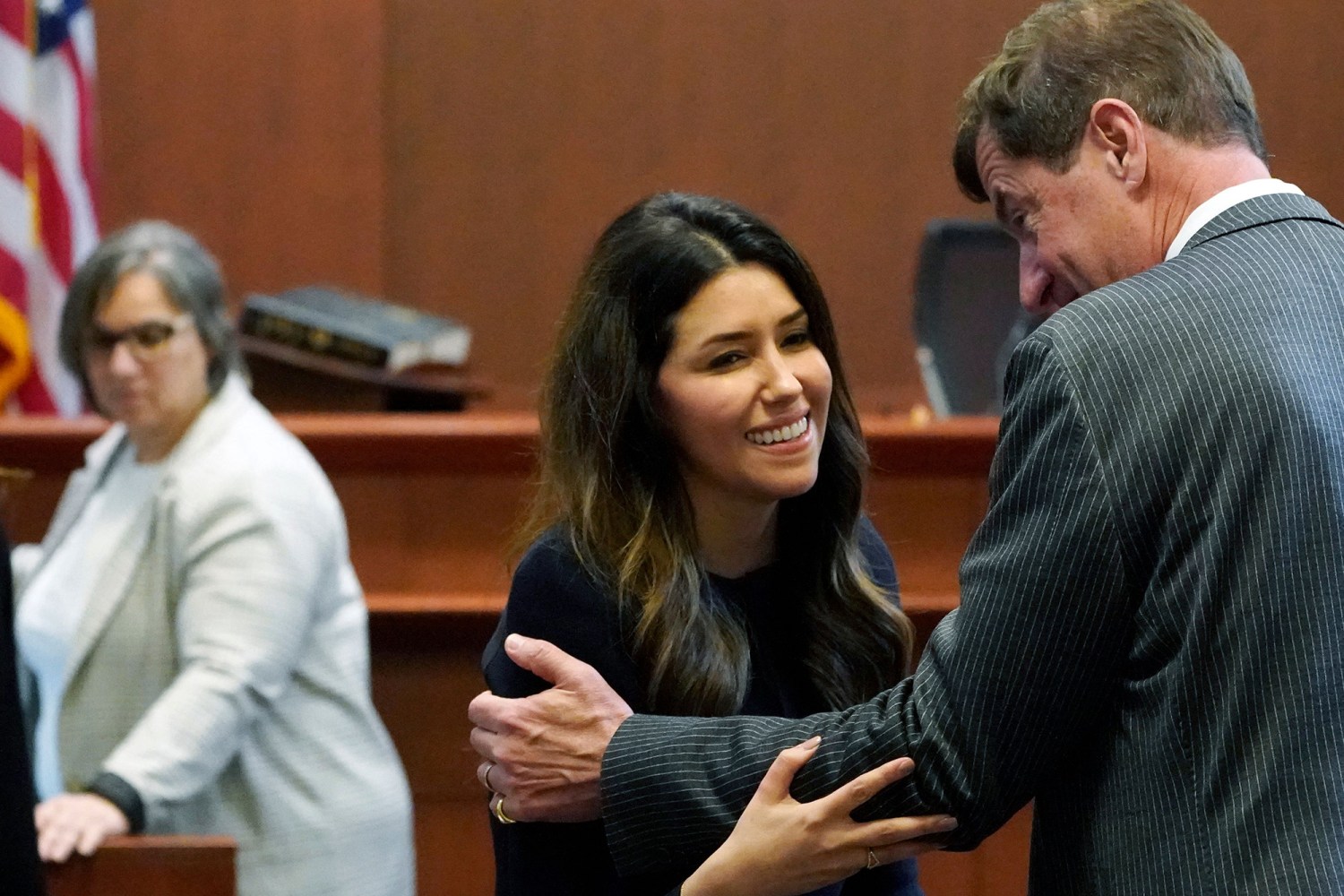 After hitting Tasya in the arm and yanking off her necklace, she was arrested. After her arrest, the charges against her were dropped almost immediately.

During the cross-examination, Vasquez said:

"Johnny Depp isn't the only partner of yours that you've assaulted." 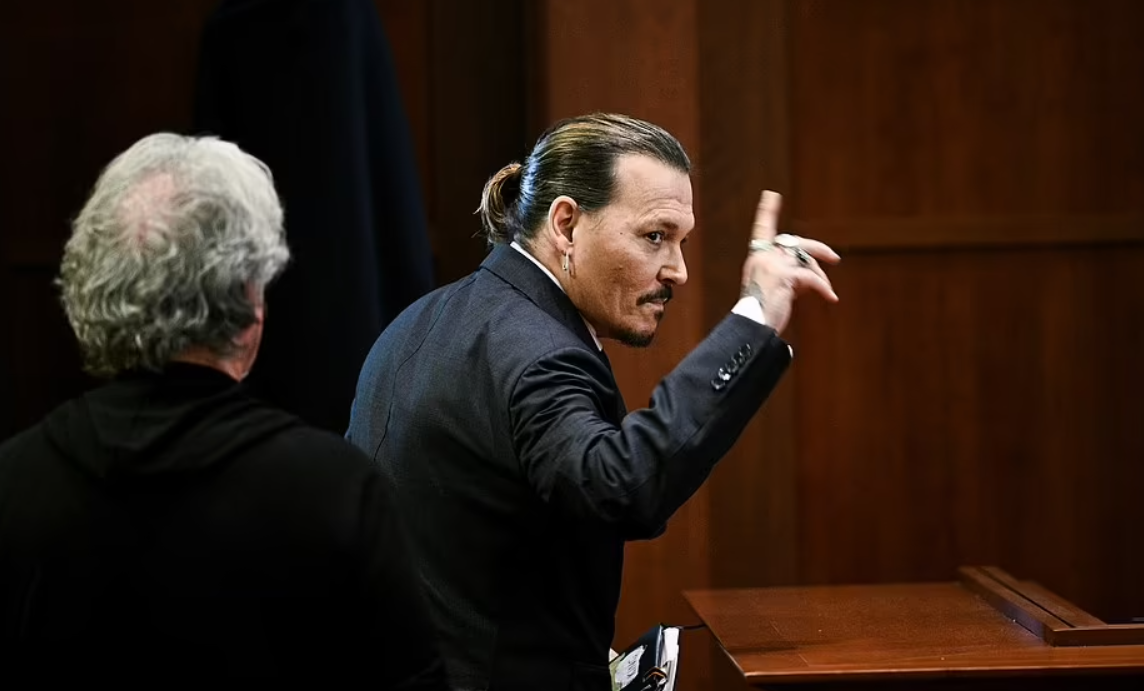 Heard responded by saying that she had never assaulted any partner, including Depp.

After asking the question, Vasquez ended her questioning, which ended Heard's cross-examination by Depp's lawyers.

Vasquez had also asked her about James Franco, who was caught on tape while visiting her at her Los Angeles penthouse in May 2016. This happened a day after an argument with Depp, which happened to be the last nail in their marriage. 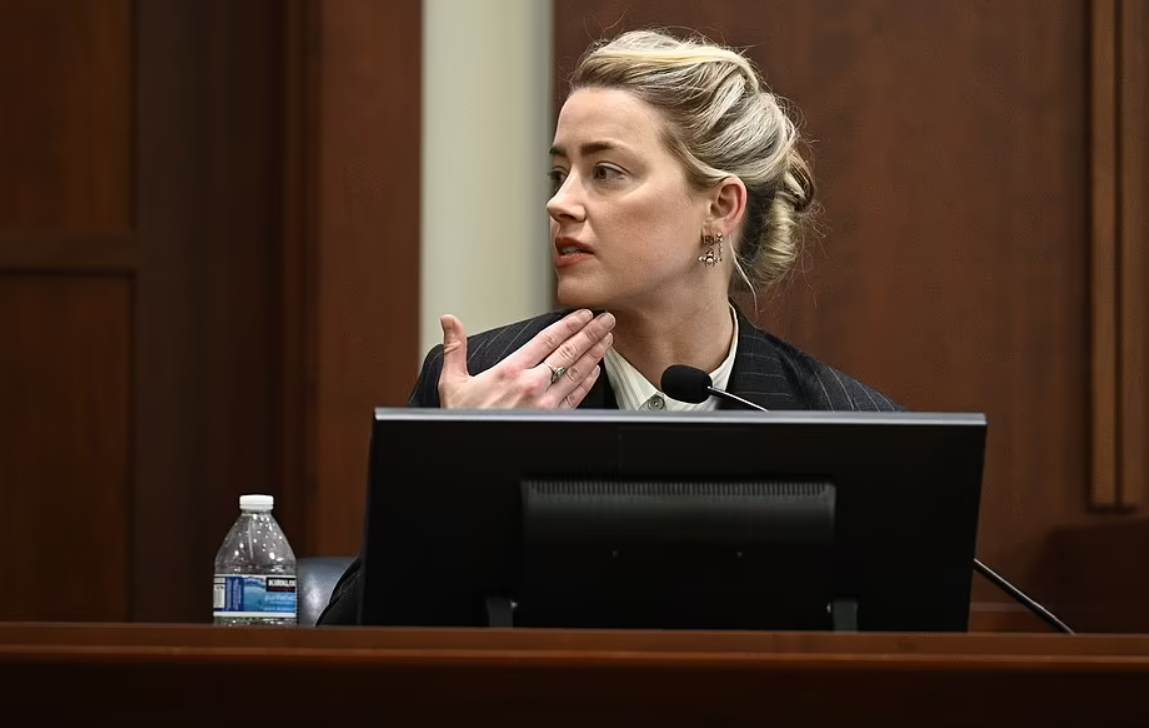 Earlier, the court was told by Heard that Depp was very jealous of Franco. Allegedly, he also suspected that Heard was having an affair with him.

The footage that shows Franco and Heard in an elevator was shown to the jury.

Depp's lawyer asked her if she knew that Depp was out of town on May 22, 2016, and she responded by saying she did not know his schedule. The lawyer noted that Franco had visited her a day after she had changed the locks. 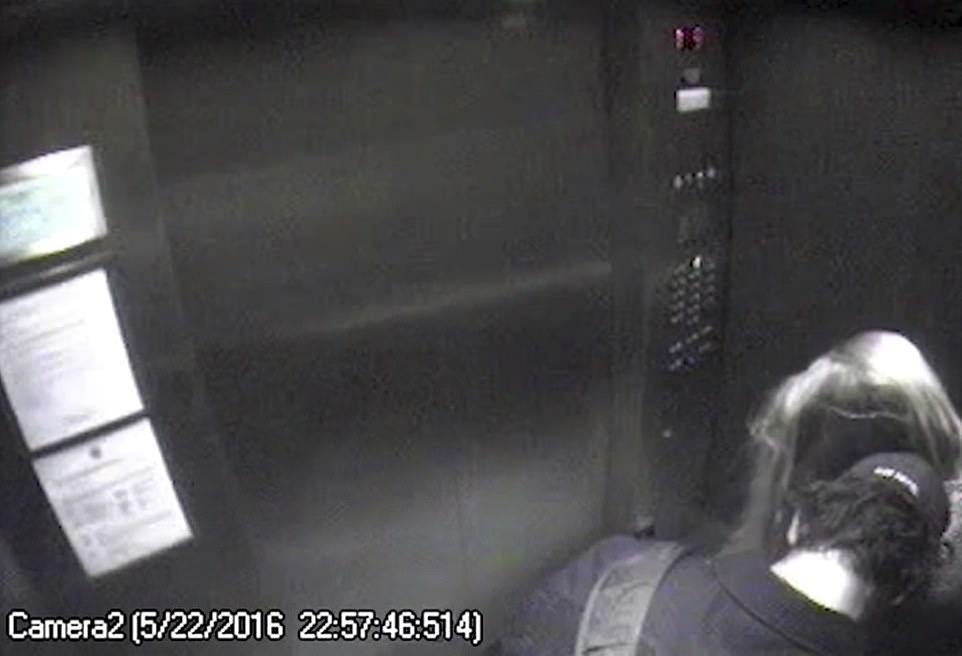 Heard said Franco was her friend who "lived quite literally next door." She argued that she had exhausted her support network at that point and was happy to "welcome as much friendship" as she could get.

Her lawyer also asked her about the CCTV footage in which Franco was seen putting his head on her shoulder affectionately. It was almost 11 pm when this happened. 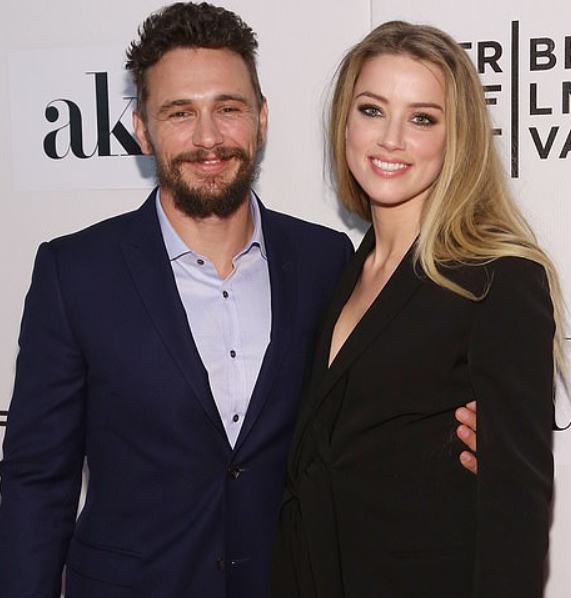 She said it happened after Franco saw her face, which had a bruise on the cheek because Depp had thrown a phone at her. 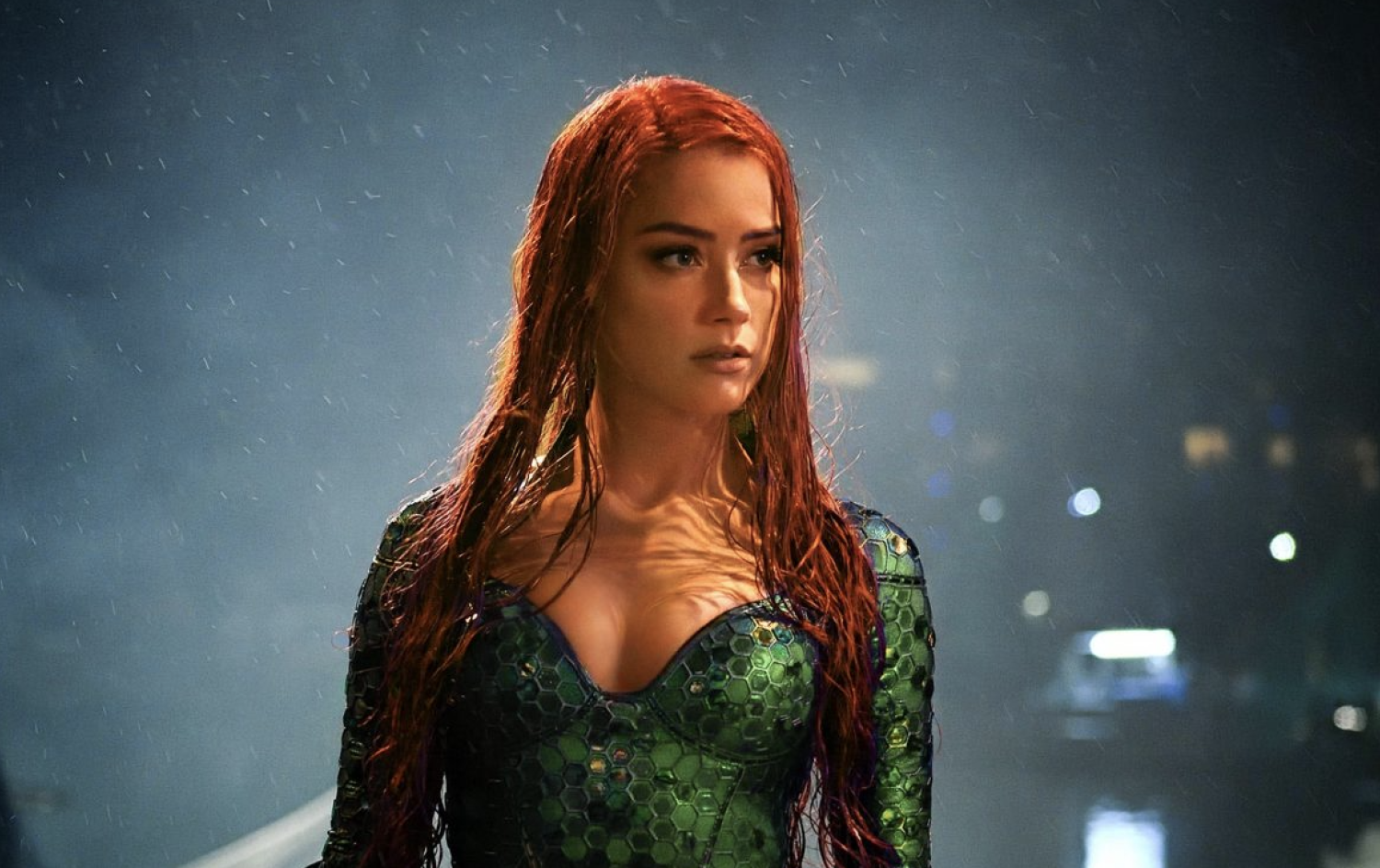 Before Heard was asked about Franco, the court listened to an argument between her and Depp in which she told him, "suck my d**k!"

Heard then tells him he was a "washed-up piece of s**t and a sellout." She also told him, "you're a joke," and he asked sarcastically, "I'm the joke of the industry, Amber?"

Vasquez then asked Heard if her ex-husband Depp had gotten her the Aquaman role, and she said, "No, Miss Vasquez, I got that role by auditioning." 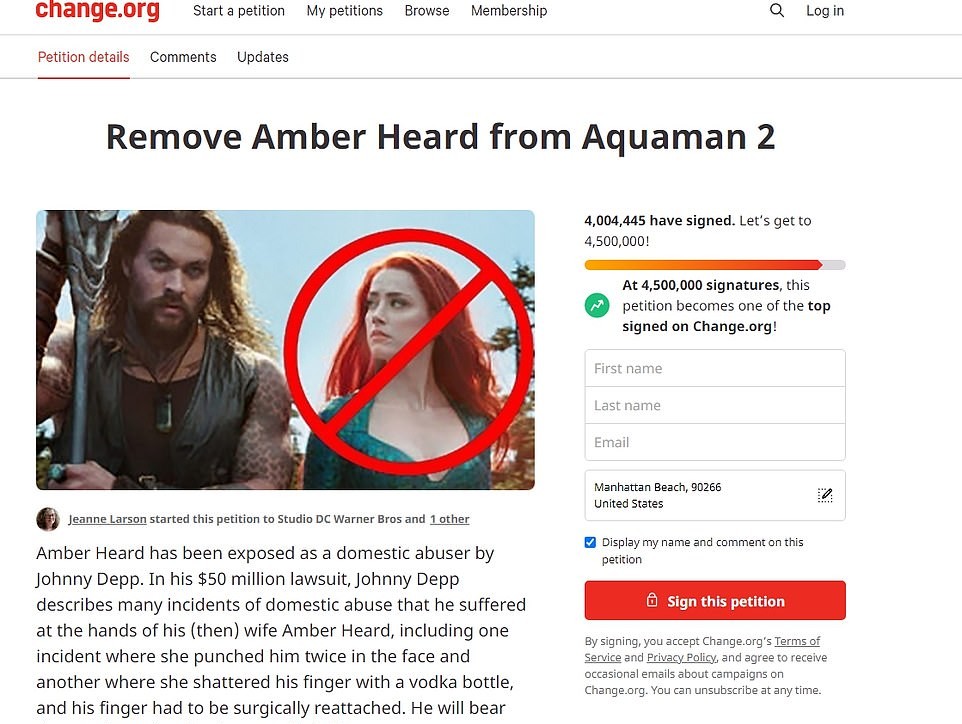 Vasquez also asked her if she was the jealous one in the relationship, and she replied by saying that Depp was always jealous when she worked.

Heard also said that her contract with Aquaman 2 had been terminated, although she was still in the movie. She also said she had no idea how long her appearance in the film would be by the time it got to the theaters.

She could not confirm if she was replaced in the film, which is set to be released next year. The actress mentioned that she had to fight for a chance to retain her role as Mera but was unsure about the amount of time she would get when the film was finally released. 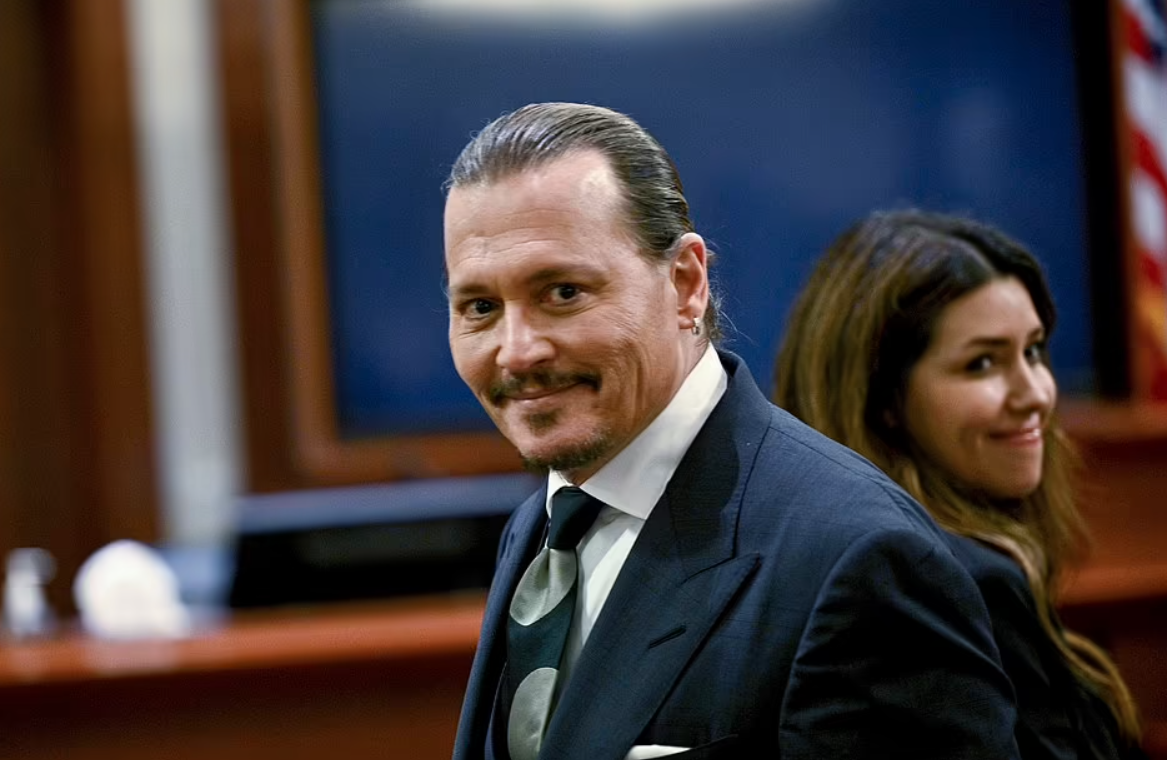 The court laughed when the jury was told about a Tweet she sent to Adam Waldman, Depp's former lawyer, in March 2021.

According to her, Waldman's claims that her accusations were a "hoax" was the reason she had started a $100 million counterclaim against Depp.

The lawyer had commented that her injuries were fake, and she responded, "Yes, Mr. Waldman, I may be wearing makeup on this occasion, but on every occasion, you will still be short." 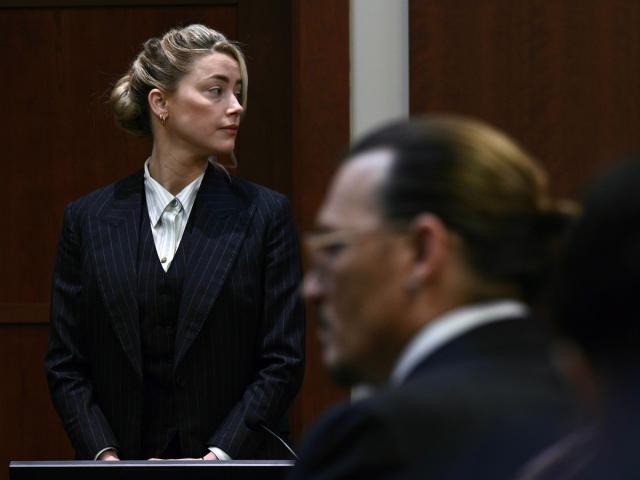 In a bid to prove that Heard was the aggressive one in the relationship, Vasquez played audio in which she admitted to hitting Depp "multiple times."

She argued that she had to use her body to defend herself many times because it made the difference between a broken face and a sore face.

When asked if she was usually the initial aggressor, she explained that if Depp choked her, she might be the first person to slap him.

She argued that she got physical when she had to defend herself. 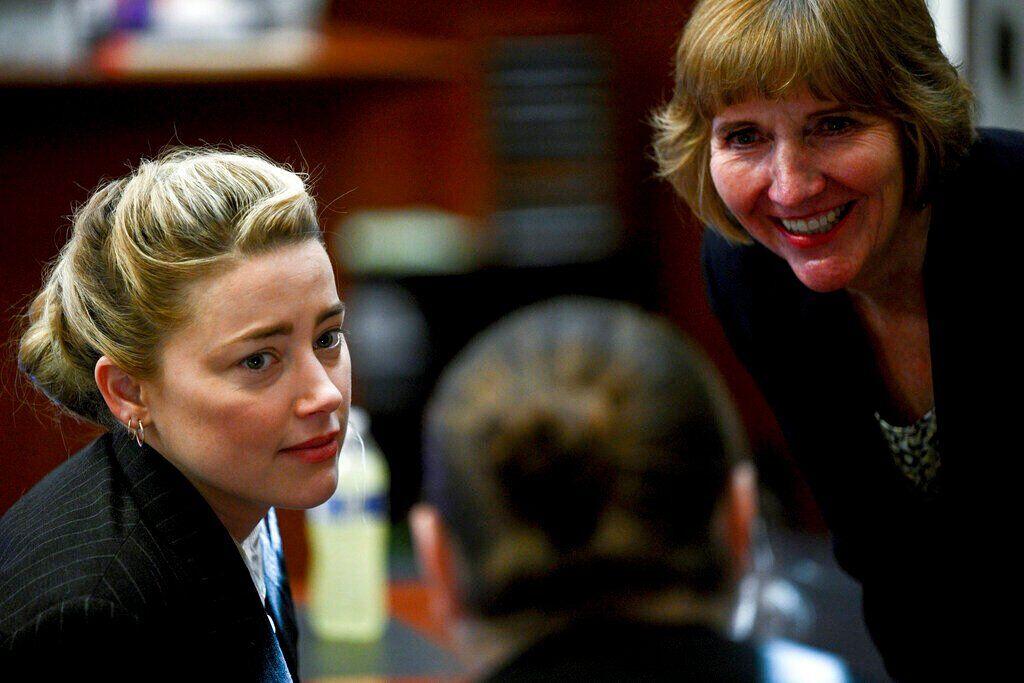 She also denied claims that she edited photos she took after arguing with Depp for the last time in May 2016.

The jury was shown two side-by-side photos while Vasquez said, "You just edited these photographs?" In response, Heard said, "Never."

Vasquez also asked her if she saturated the photos so that her face would look redder, but she said that she did not touch the images. 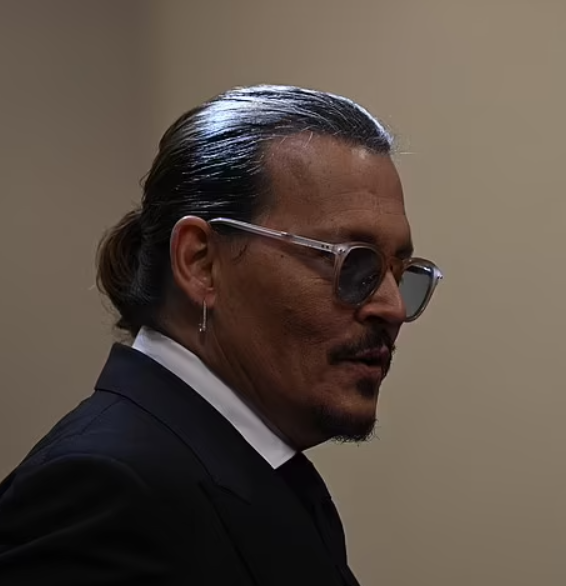 She looked at him while saying this, and he kept his head down, avoiding eye contact with her.

In audio played in court, he says that Heard will never see his eyes again.

However, Heard claimed that he had looked her in the eye many times since the divorce.

He also kissed her and gave her his new number while saying, "I'll love you dead or alive." 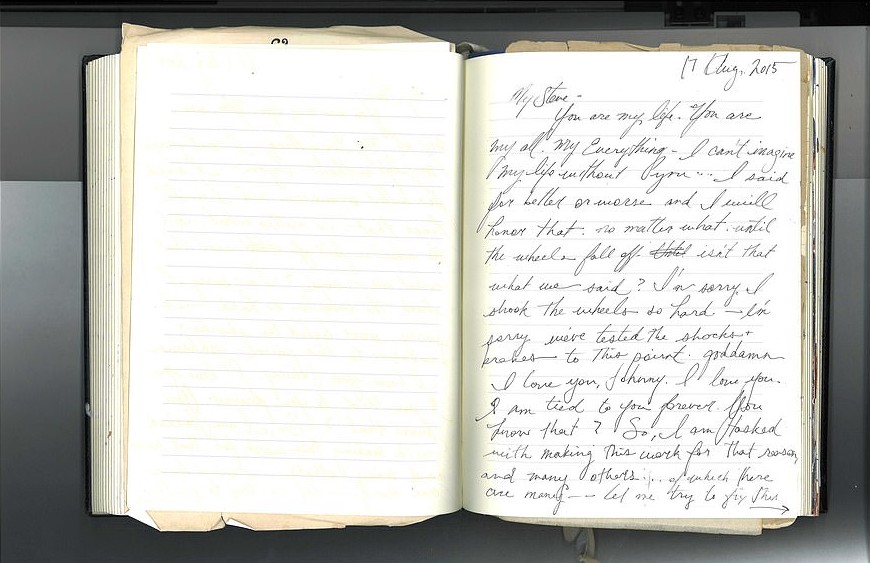 The court also got to see the former couple's "love journal." The two would write in their messages to each other.

Heard claimed that this was a "love note" to her husband. 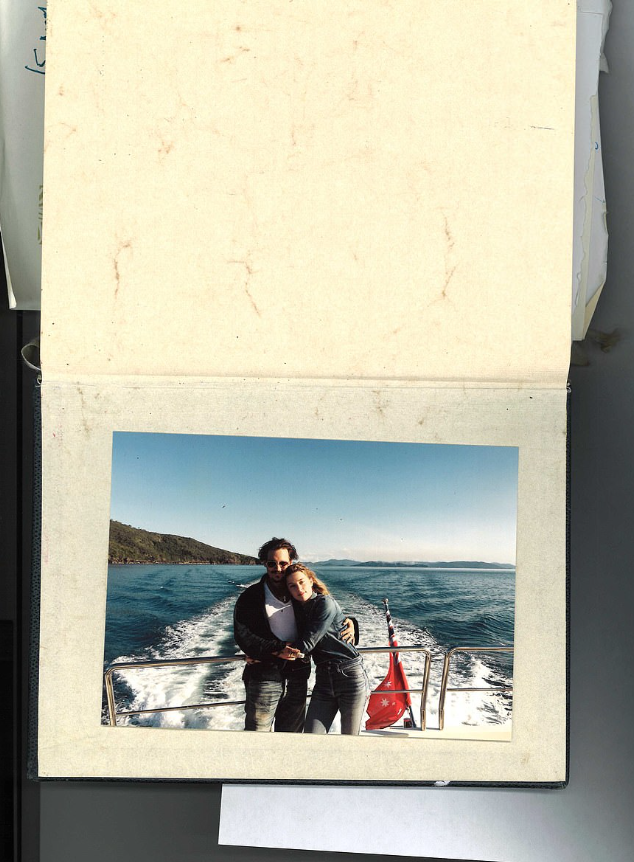 The journal also had an entry in which she said, "My husband, happy honeymoon." The message was from July 2015, weeks after they made up after the explosive fight in Australia.

Heard said that they were in a honeymoon period at this point and that Depp was clean and sober. 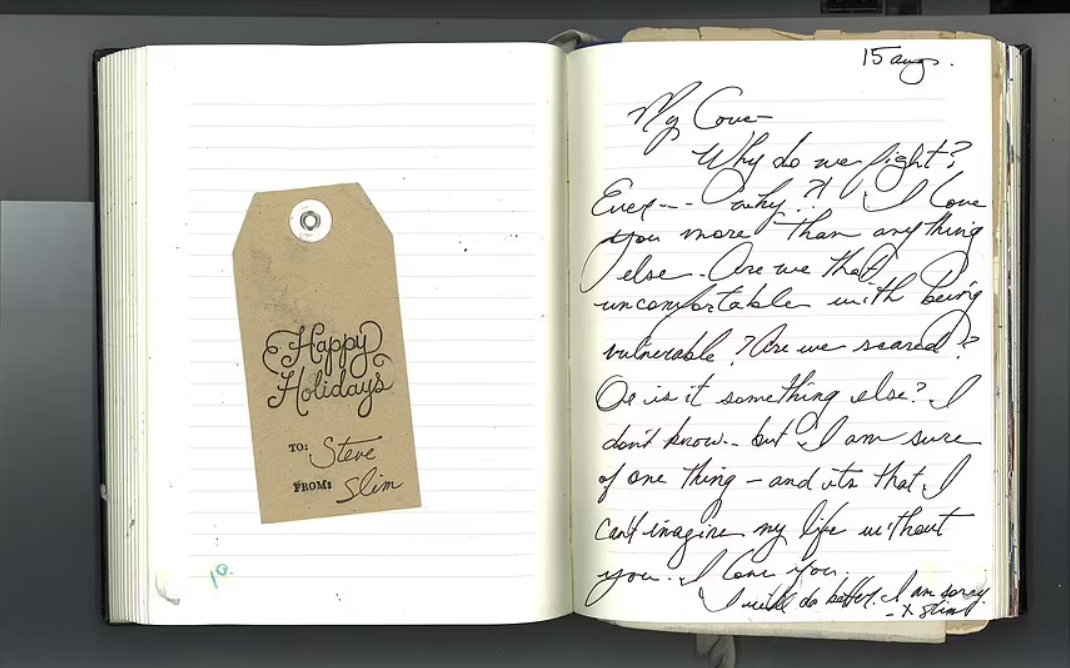 In the message, she went on to say that she was sorry for her part and that there was "never a good enough reason to hurt you."

Vasquez asked Heard if the journal was also a chance for her to apologize to Depp over her behavior, and she responded by saying that it was "important to apologize" and move on from fights. 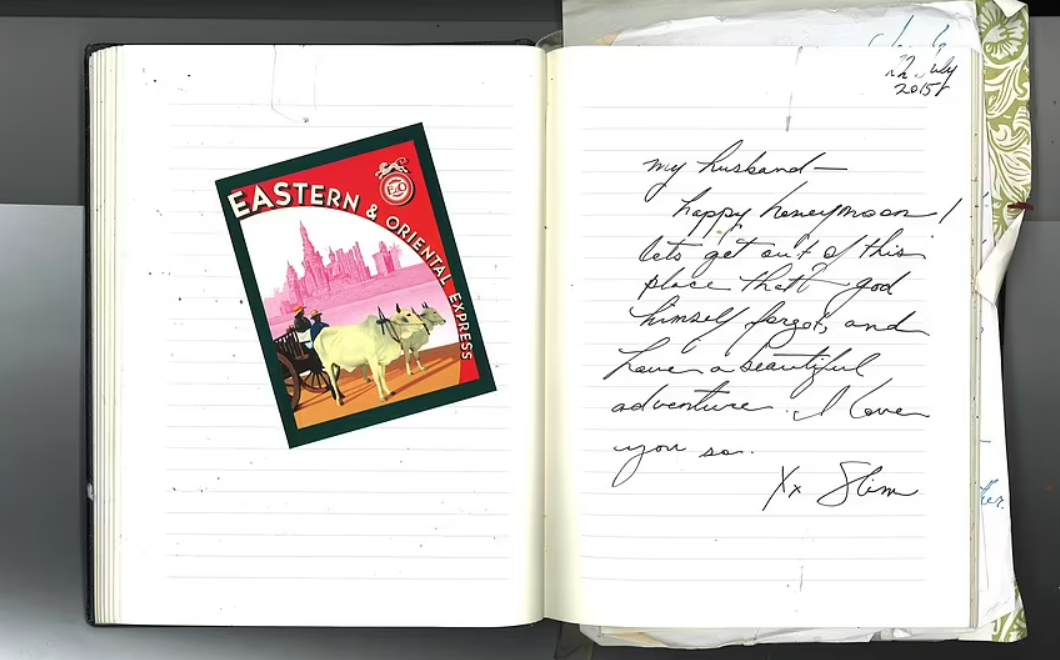 "Let me try to fix this, let me try to patch this. You deserve it. I need you….You're my cornerstone, my heart, my all. I hate it when we fight." 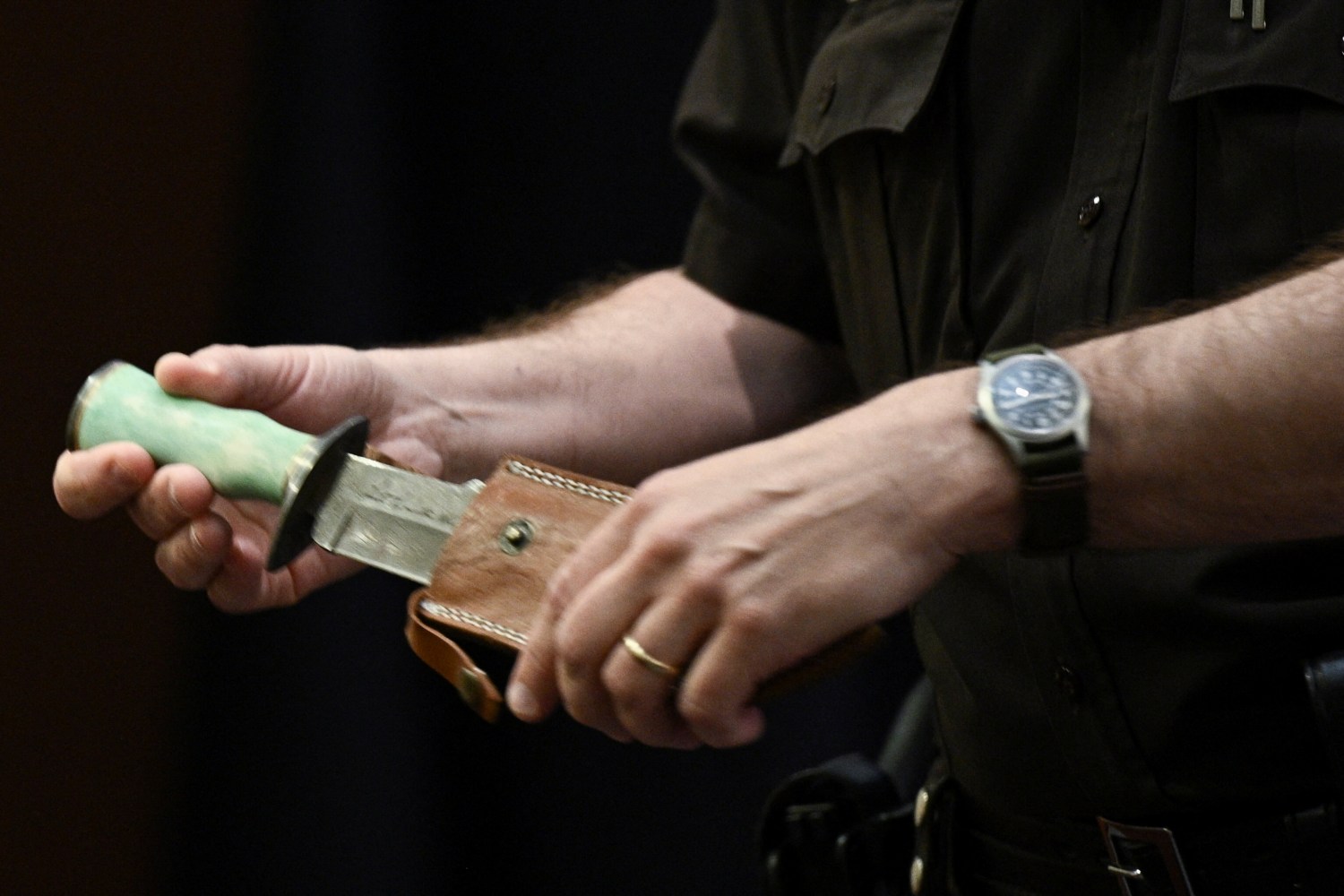 During the trial, the court also saw the knife Heard bought and gifted Depp as a present in 2012 with the inscription "Hasta a Muerte," which means "Until Death."

She had said that Depp would often say that death would be the only way out of their relationship. This, according to her, was the reason she had that inscription put on the knife.

The knife was shown to the court by the master deputy.

When asked if Depp was violent during that time, she said that he was in and out of sobriety. 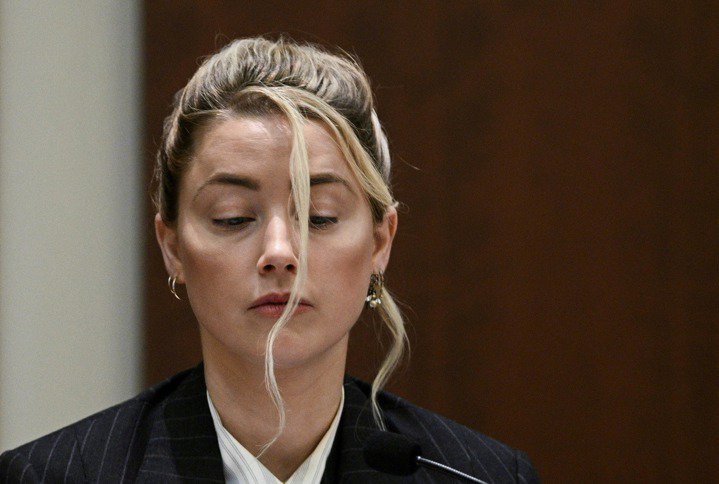 Heard was questioned about giving Depp a knife when he was being violent towards her, and she shot back, saying, "I wasn't worried he was going to stab me with it."

Vasquez also brought up an email Heard sent on February 2, 2015, about their wedding plans. According to the email, the event would have a "dance party and drugs and music."

Earlier in the court, it was revealed that Heard and her friends took MDMA during the ceremony. 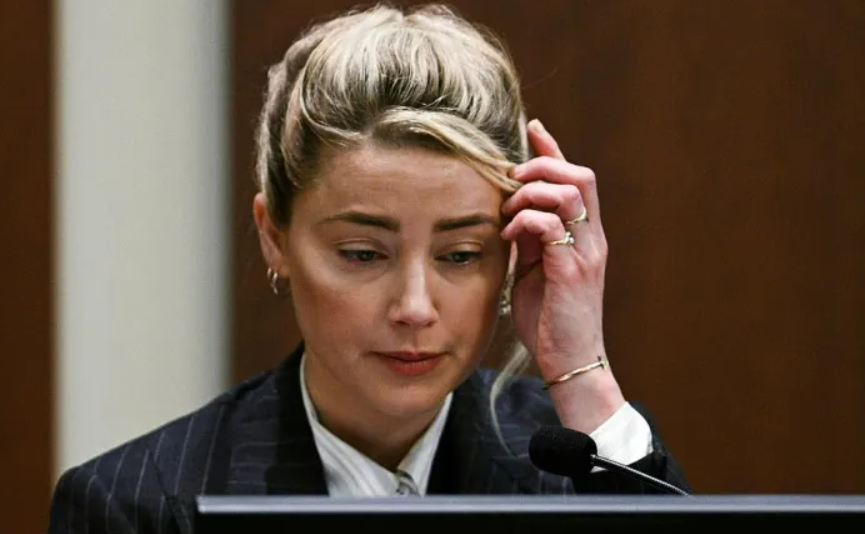 Vasquez wanted to know why she was planning to have drugs at her wedding when she was getting married to someone she called a drug addict. Heard said that the schedule ended up being different.

The lawyer then asked:

"The original idea was to have a rehearsal dinner with your husband, the drug addict, the monster, and do drugs with girlfriends?"

Heard responded by saying that she realized this was what the email said but insisted that they eventually went with a different schedule. 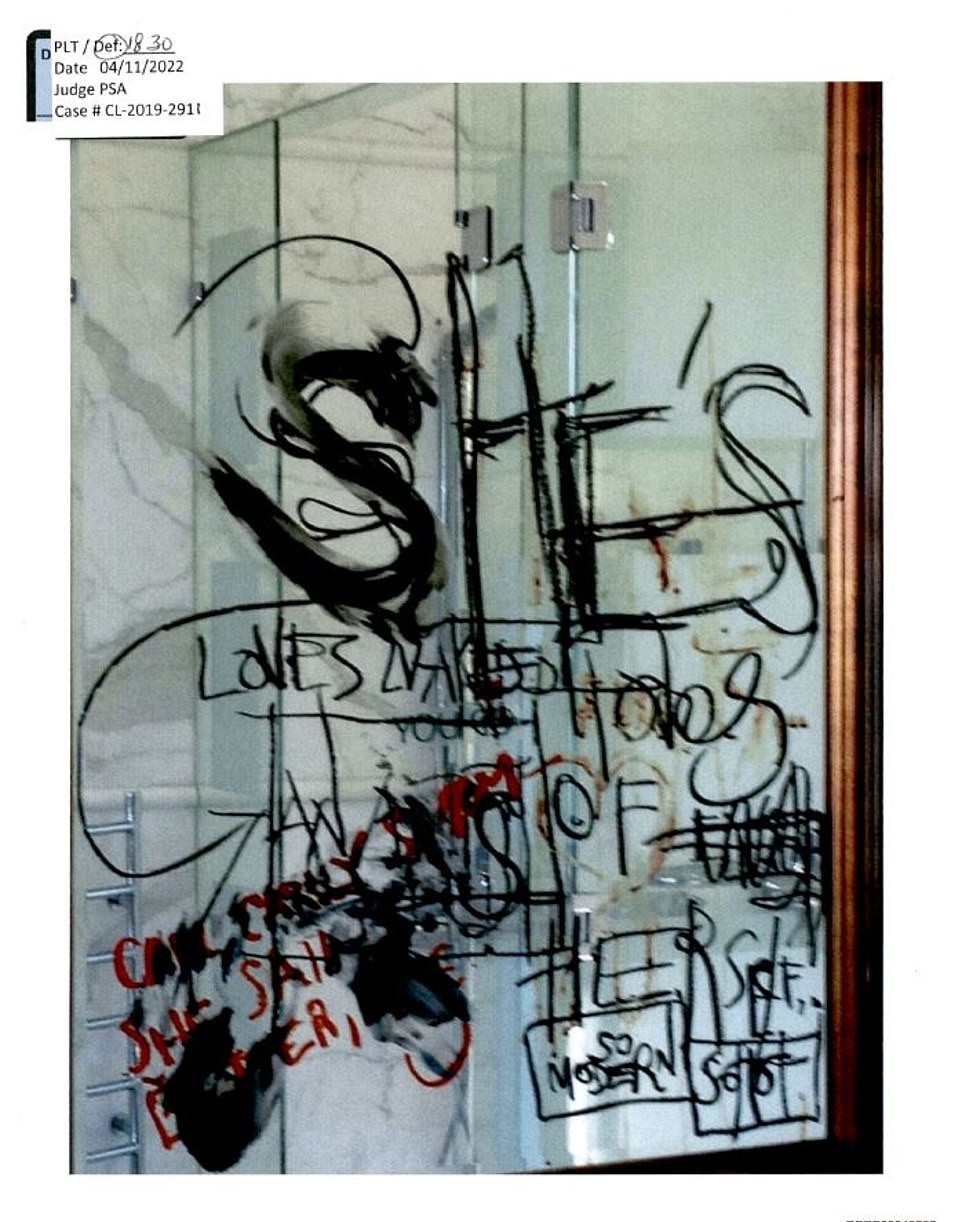 Depp's lawyer questioned Heard about her recollection of what happened in Australia in 2015. She claimed that Depp cut off his fingertip as he bashed a phone against a wall.

According to Depp, his fingertip was cut off when Heard threw a vodka bottle at him. The photo of the bar area following the fight was shown to the court.

Heard and Depp was living in a rental property at the time.

Depp's lawyer wanted to know why broken phone pieces, which were mounted on the wall, were not visible on the floor. She claimed that Depp had demanded that the person taking the photo stand "right in front" of where the phone should be. 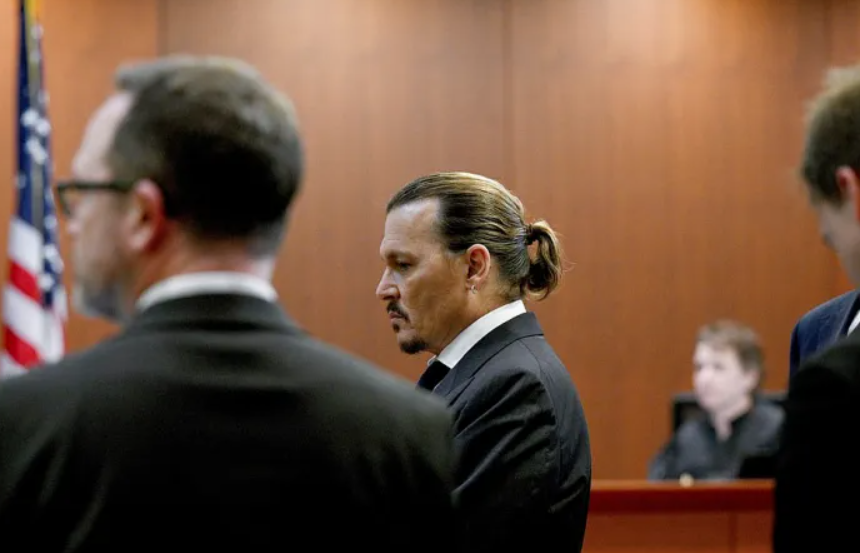 After her response, the court was shown a photo of the same place with the phone intact on the wall. Heard then said that was not the phone he had smashed. Instead, he had destroyed a "decorative, large and antique" phone and not the one the jury was shown.

The lawyer then asked her about the order in which the events happened. Vasquez wanted her to confirm if he smashed the phone, assaulted her, and lost his fingertip before sexually assaulting her, but Heard said she never claimed she could remember the exact sequence of events. 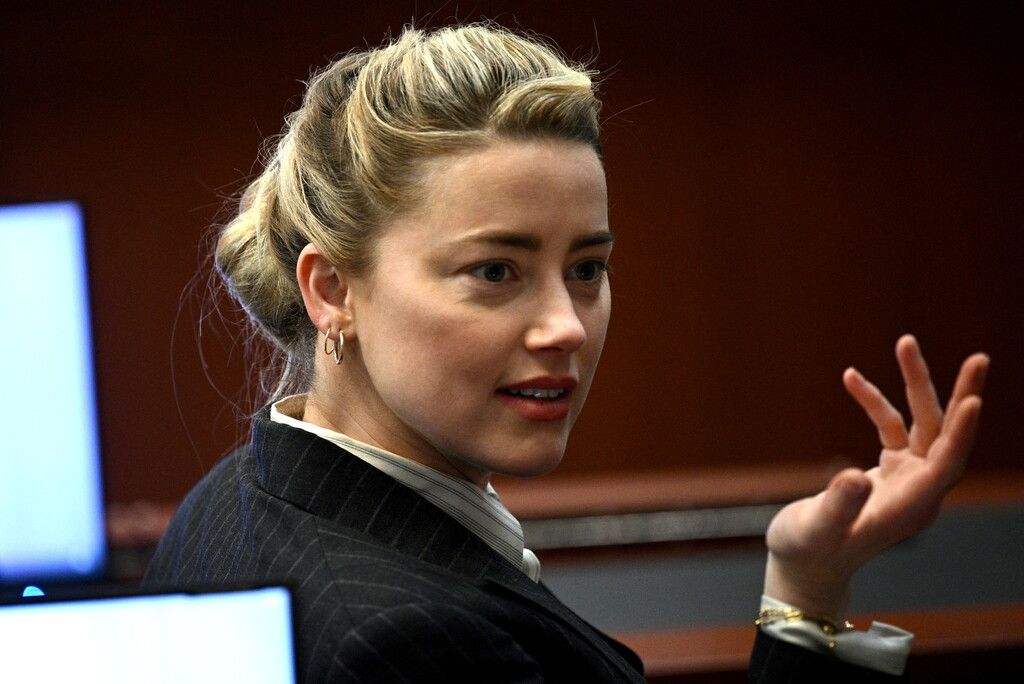 Vasquez also questioned her about the allegation that Depp had assaulted her using a bottle, and a photo of Makers Mark liquor, which Heard claimed seemed like the bottle Depp used, was shown to the court.

When asked if that was the bottle used to assault her, she said it was "definitely that shape."

Despite claiming that she had cuts on her forearms, feet, and a bruised jaw, she said that she did not seek any treatment or take any pictures of her injuries. 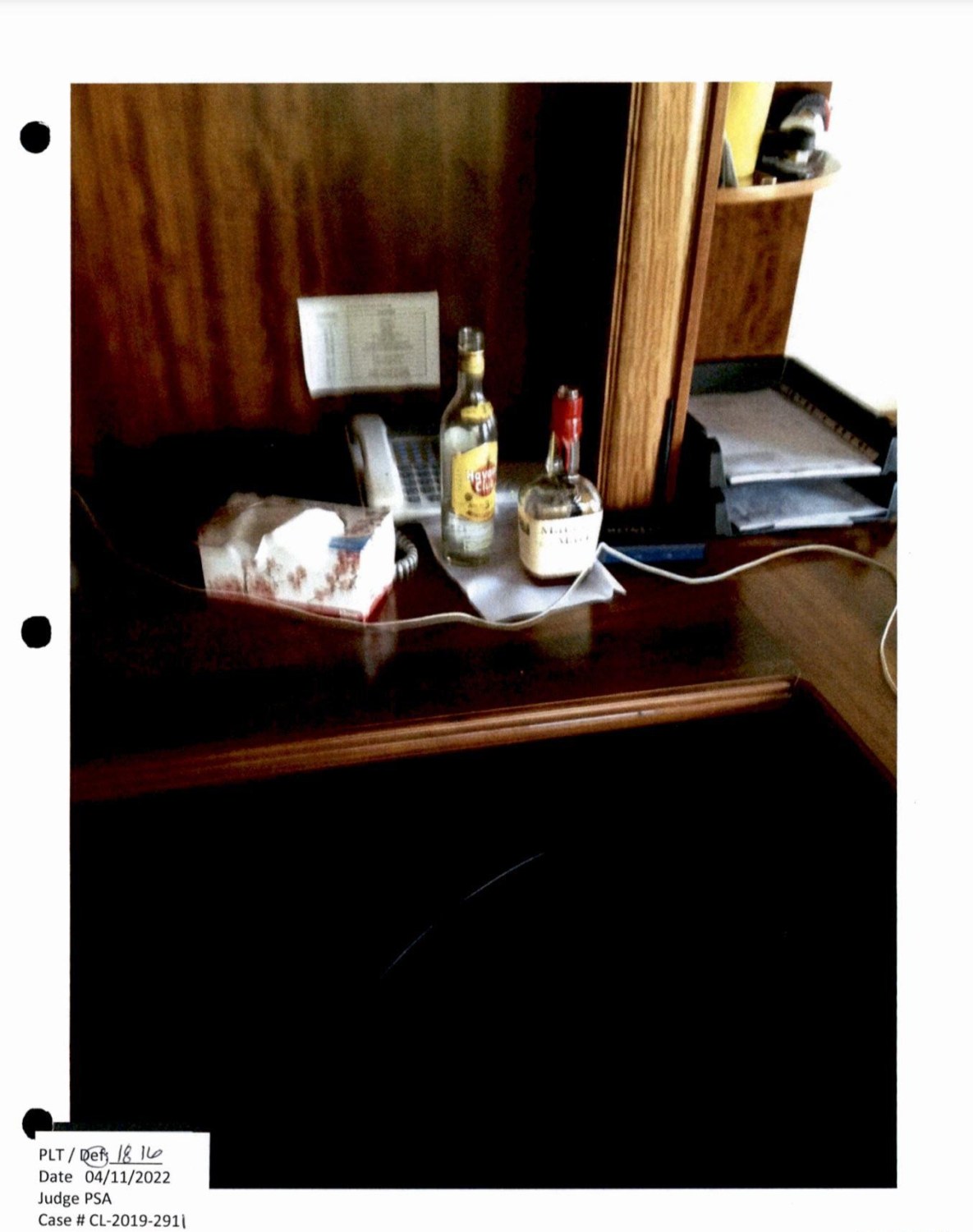 Vasquez wanted Heard to tell the court if she had written in red on the mirror, "Call Carly Simon, she said better, babe." This was a reference to the song "You're So Vain."

The lawyer pointed out that if she wrote that, then Depp was writing around while bleeding from his finger while she was writing the snarky messages.

The court then listened to an audio of Depp and Heard talking about the incident in Australia. Depp said that he was being followed around the house by Heard. 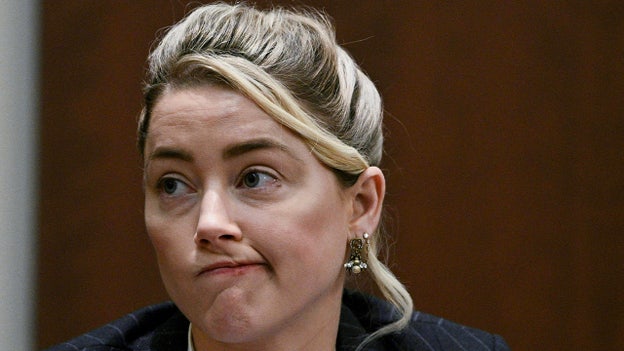 She responded by saying that Depp was not "an accurate historian," and Depp laughed.

Although Depp said she pursued him through five bathroom doors and two bedrooms, she said she knocked on one bathroom door. She also said she never assaulted him.

The lawyer also asked, "You weren't scared of him at all, were you?" Heard responded by saying she had a mixed relationship with him in which she was scared of him and loving towards him. 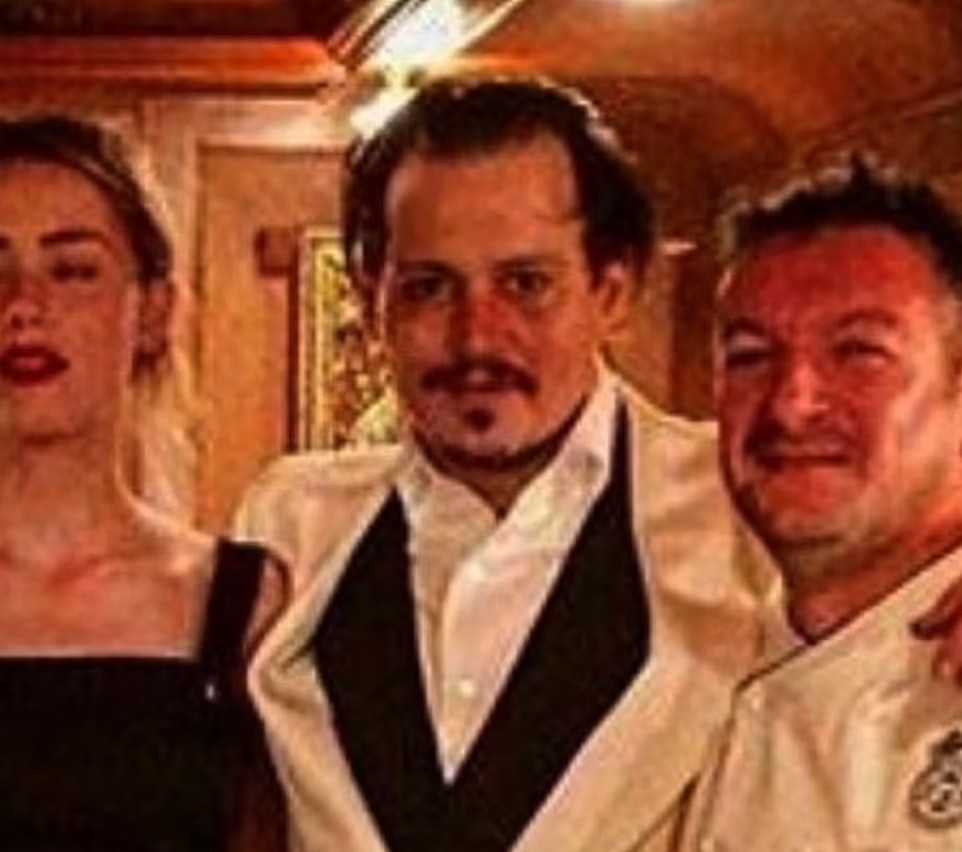 Heard argued that the photo of Depp with two black eyes was photoshopped. This was after his lawyer Camille Vasquez presented it in court.

The photo was taken during their honeymoon in 2015, and Depp can be seen having dark bruises under his eyes while posing with his wife and three other people.

According to Heard, he was not injured in the photo, which she went on to claim had been edited. She claimed that Depp had slapped her across the face during the trip, grabbed her neck, and pushed her against a train car. 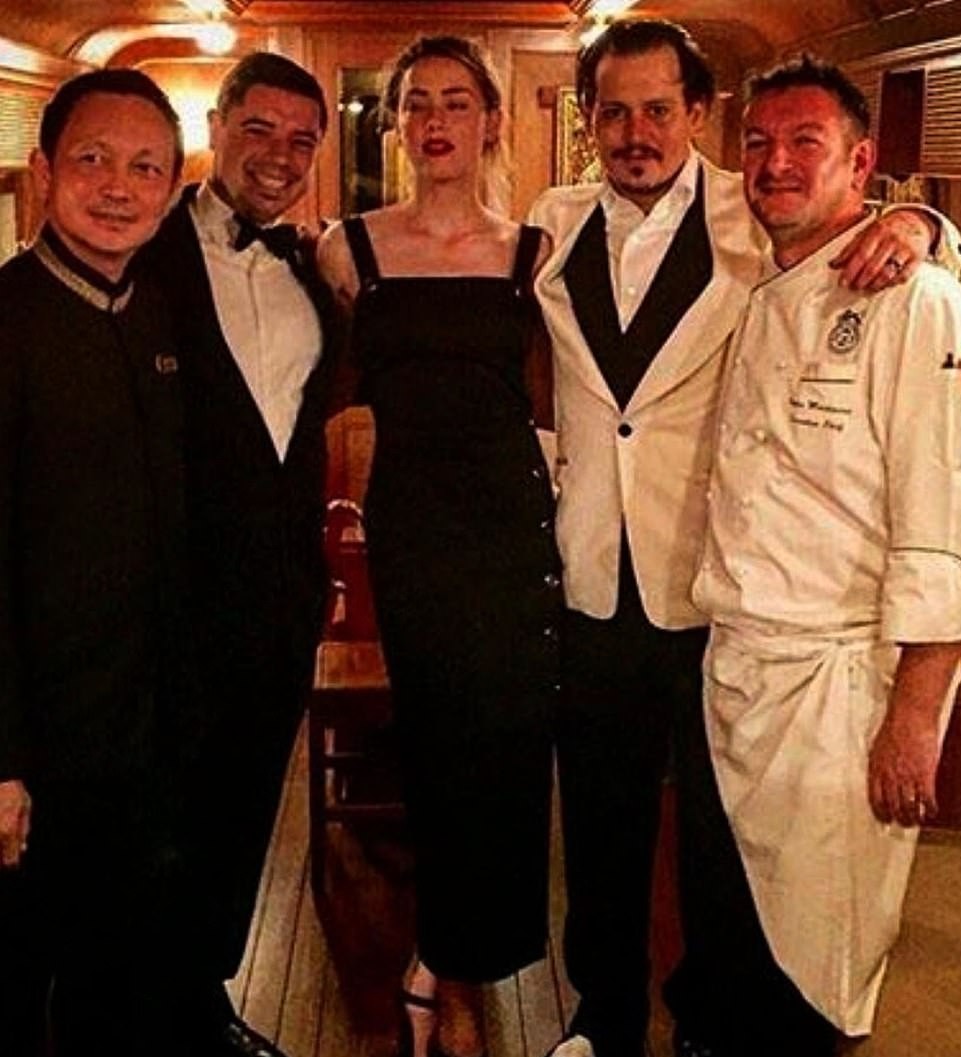 Despite the alleged physical abuse she got from Depp, the photos do not indicate that she suffered any injuries.

She explained that the actor had been calm until he started taking some "brown alcohol." 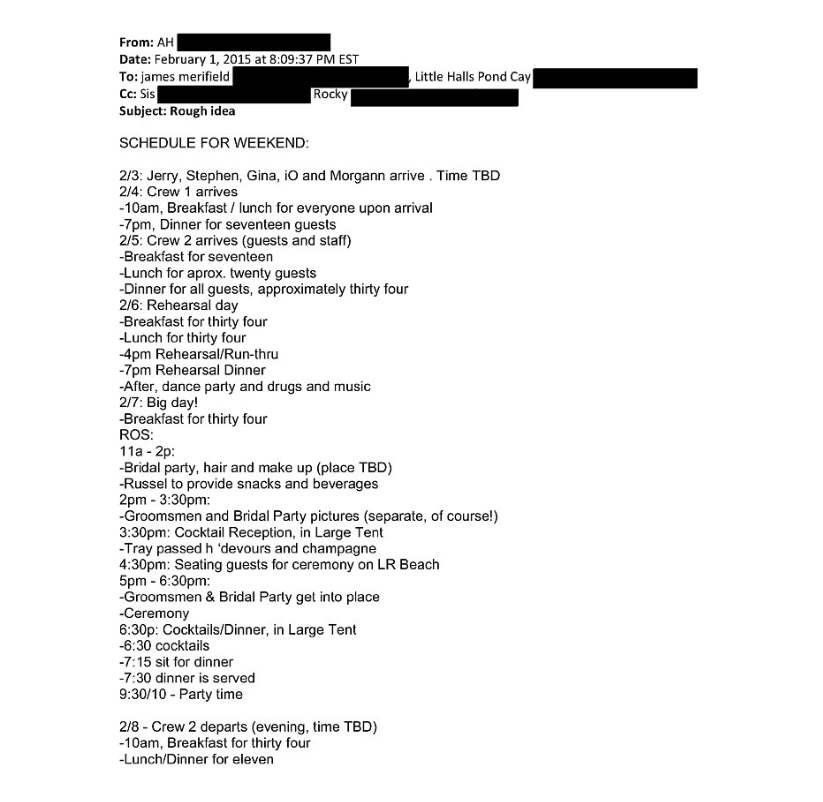 Allegedly, during their train trip, they had gotten into an argument about him wanting her to allow him to drink. As the argument progressed, Heard claimed that he slapped her across the face, held her neck, and pushed her against the car's wall.

Apparently, during her attempts to get him off her, she clawed at him while trying to get his arms off her neck.