Once again, Amber Heard has publicly accused her ex-husband Johnny Depp of physically abusing her. She made the accusations during a TV interview with Savannah Guthrie.

During the interview, she said she would "stand by every word of her testimony."

It has only been two weeks since the court found her guilty of defaming Depp by accusing him of domestic abuse. She was taken to court for saying that Depp had physically and sexually abused her during their marriage. 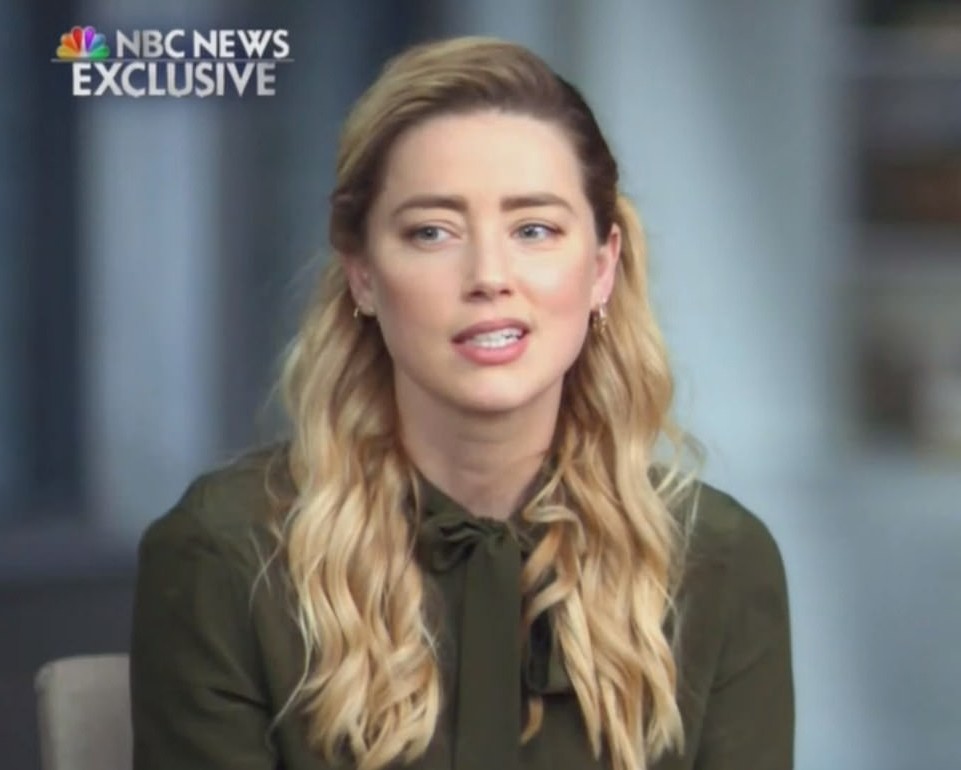 During the interview, Amber called her husband a "liar" and reiterated that he beat her while they were married. She went on to call the court's verdict "unfair" for ordering her to pay $8 million after losing the defamation trial.

After flying into New York from Washington D.C. on a private jet, Amber had the interview. The interview was pre-recorded.

Amber was making a strange reference to Depp's role as Edward Scissorhands in the 1990 film by the same name. 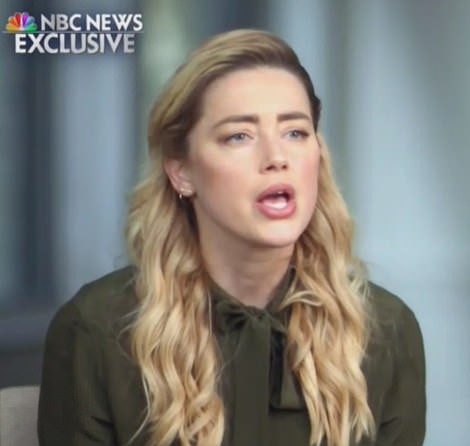 She quickly responded when the 50-year-old asked what she thought of Depp's lawyer, Camille Vasquez. Vasquez became an international sensation after she brutally cross-examined Amber while on the stand.

Vasquez said Amber was "performing" on the stand about being abused by her ex-husband, Depp.

"I'm the performer? I had listened to weeks of testimony insinuating, or saying quite directly, that I'm a terrible actress. So I'm a bit confused how I could be both."

At the end of the trial, the jury decided that Amber was guilty of defaming Depp.

She has not changed her position that Depp had abused her and insisted that he was lying by saying he had never hit her. 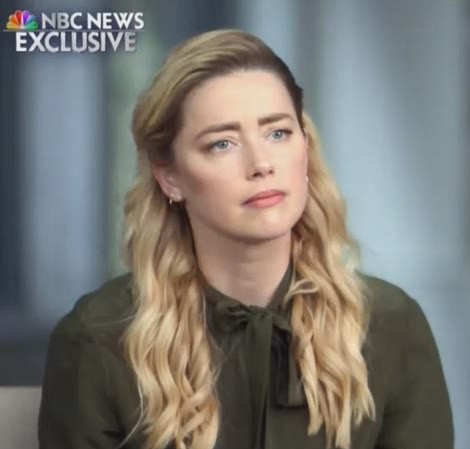 When the interviewer pointed out that Depp had said he had never hit her and asked Amber if that was a lie, she said: "Yes, it is."

"To my dying day, I will stand by every word of my testimony."

During the explosive interview, Amber claimed that Vasquez and Benjamin Chew, Depp's lawyers, tried to "distract the jury from the real issues" during the trial. She agreed that the lawyers had done a better job of this than her legal team did.

The fresh accusations she is making will raise more questions about the possibility of Depp suing her again. The allegations might also jeopardize her plans to appeal the court's decision, which largely favored Depp.

She went on to imply that the trial had brought about issues to do with her First Amendment right to free speech. Amber argued that she was "paying the price" for speaking "the truth."

Guthrie asked Amber about the audio clips played in court in which she was heard admitting that she had been physically abusive towards her ex-husband Depp.

She defended herself, saying she was just responding to the physical violence and had "never instigated it."

"I never had to instigate it, I responded to it. When you're living in violence, and it becomes normal - as I testified to - you have to adapt."

However, she still expressed "much regret" over the "horrible" and "ugly" things she had done and said to Depp.

Nevertheless, she said this was caused by the intense emotional, psychological, and physical distress she was going through because she felt that her life was in danger.

While still talking about the audio tapes, she argued that they had been edited before being leaked online. If they had not been edited, people would have heard a "negotiation" with an "abuser." 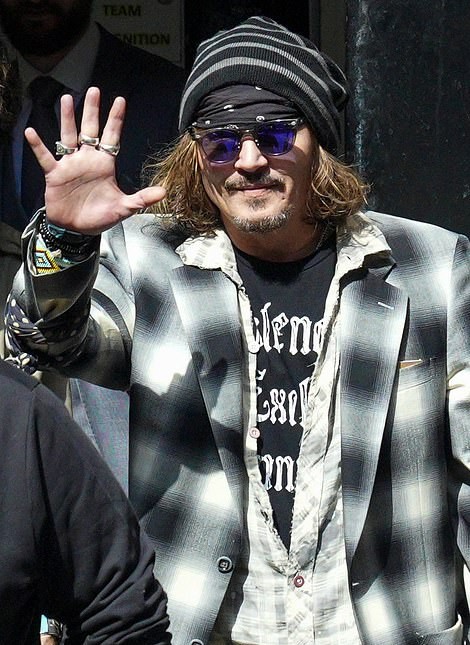 Amber was also critical of the witnesses who testified in Depp's support during the trial. As far as she was concerned, they were nothing more than "paid employees and randos" who were "supporting the person they depend on."

The actress insisted that she did not instigate violence during her relationship with Depp. Nevertheless, she still said that she would at times act in an "almost unrecognizable" and "horrible" way because she had been "pushed to the extent where she didn't know the difference between right and wrong."

"I did do and say horrible, regrettable things throughout my relationship... I have so much regret. I freely and hopefully, and voluntarily talked about what I did. I talked about the horrible language."

The interview is being aired in three parts but is set to air in full on NBC's Dateline on Friday. 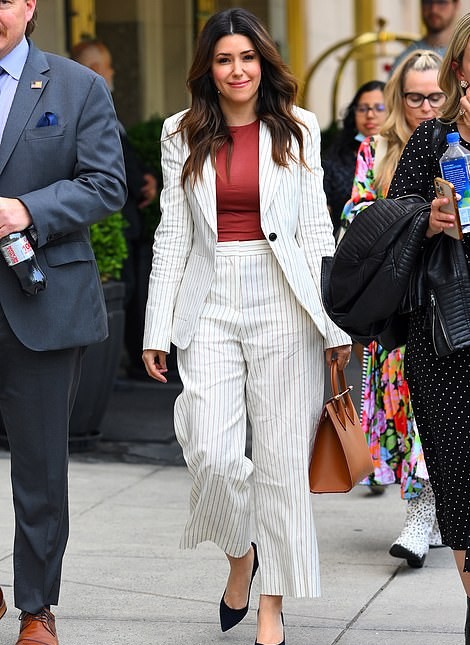 Amber argued that the jury's verdict was swayed by "unfair social media representation."

Amber argued that the only reason the jury made a judgment against her and came to the conclusion that she was lying was that, for three weeks, they had heard "testimony from paid employees and towards the end of the trial, randos."

She told the interviewer that she was not blaming the jury and understood them because Depp is a beloved character and, therefore, "people feel that they know him."

As far as Amber is concerned, the only reason they believed his story was that they had been told she could not be believed.

The trial in Fairfax, Virginia, began on April 11 and ended on June 1. Depp had 38 witnesses, while Heard had 24 witnesses. 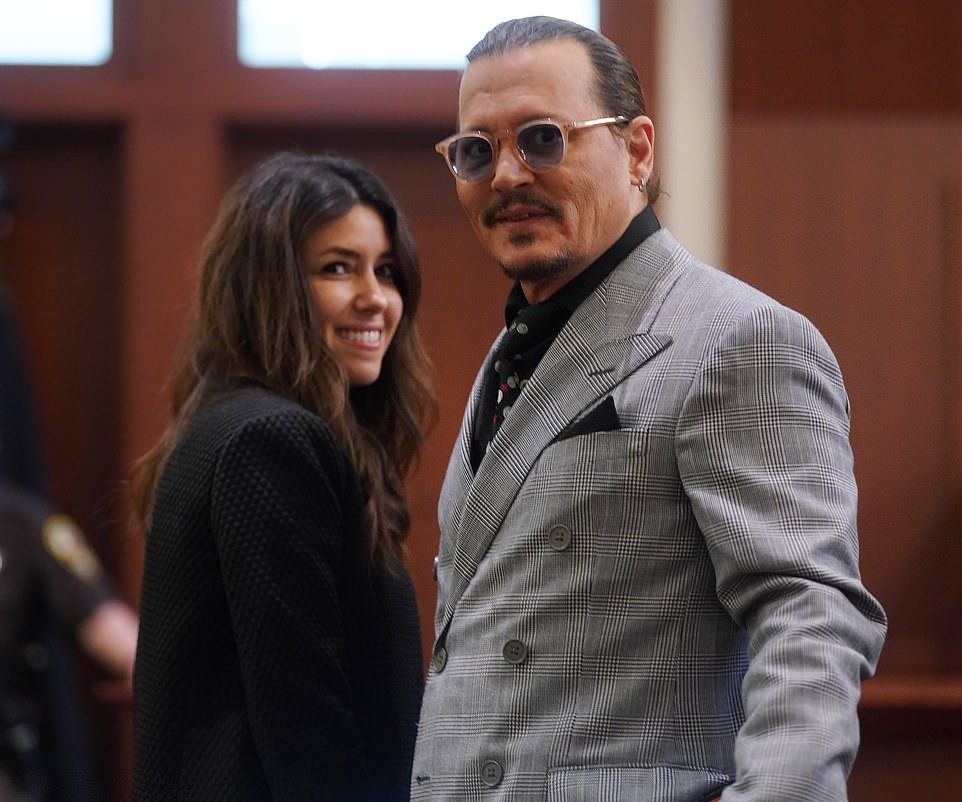 Each of them had a chance to testify for four days. During that time, they had to undergo cross-examinations from opposing lawyers.

Both also got on the witness stand for a second time.

The jury saw dozens of texts, photos, videos, and medical records throughout the trial. The court also got to see the "Love Journal" they wrote to each other.

The case was not easy, and the jury had to answer 42 questions before delivering their verdict. Amber's counterclaim had 18 questions, while Depp's claims had 24 questions. 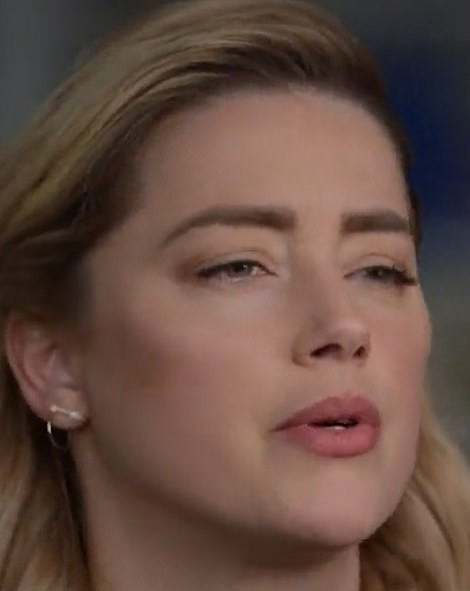 In court, audio clips that Depp and Amber had made as they argued during their marriage were played for the court, but the whole world was listening.

As the trial progressed, social media provided information about the proceedings. Most of the content was being shared in Depp's favor under the hashtag #JusticeForJohnnyDepp.

By June 13, Depp's hashtag had over 20.6 billion views on TikTok compared to the JusticeForAmberHeard tag, which had only 92.4 million views. 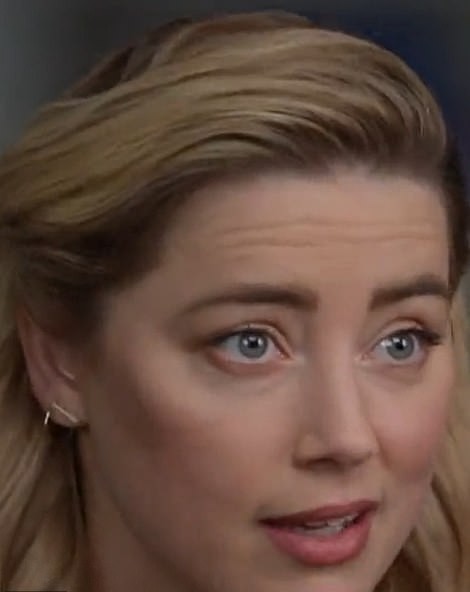 Amber complains that she was exposed to "hate and vitriol" online during the trial and after the verdict. She supported claims by her lawyers that social media campaigns against her biased the trial.

According to her, the trial was "unfair."

She went on to say that even those who felt she deserved the hate she was getting would still agree that her representation in the media was unfair.

Although she has talked about her portrayal in the media many times, she said during her interview on NBC Dateline that she was not taking the negative opinions about her "personally." She insisted that she did not "care what anyone thinks about her."

While saying that she did not care what people thought about her or the judgments people were making about her based on things that happened behind closed doors in the privacy of her home, she told Guthrie that she did not "presume the average person should know those things." For this reason, she was not taking anything personally.

This is the first time Amber has talked about the verdict publicly.

Soon after the verdict, she criticized the case's outcome as a "setback for other women." She made the claims in a statement shared with the public minutes after the court's final decision was read in court. 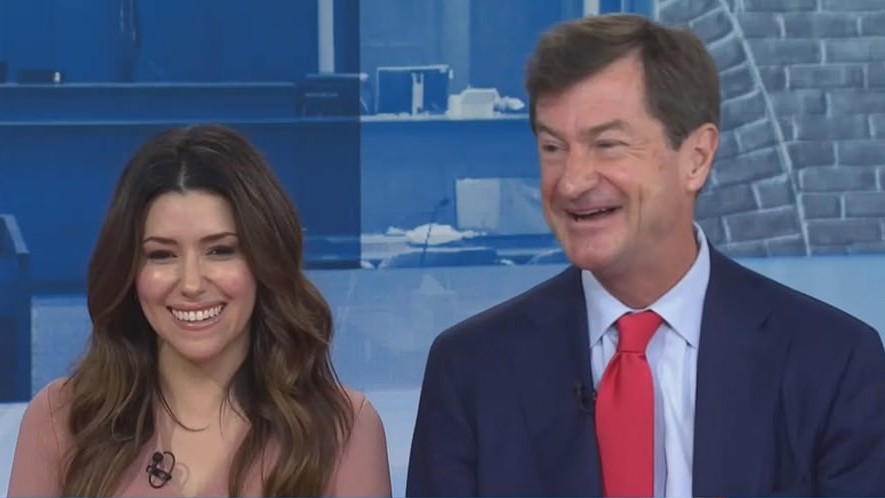 In her statement, she claimed that she was disappointed and heartbroken because "the mountain of evidence" she presented in court did not help her win the case against the "disproportionate power, influence, and sway" her ex-husband Depp had. During the judgment, she was in court, but Depp was not.

In her statement, she said she was disappointed with what the verdict meant for other women because it set back the clock to a time women "who spoke up and spoke out could be publicly shamed and humiliated."

According to her, the verdict meant that violence against women should not be taken seriously.

A day after the ruling, Elaine Charlson Bredehoft said that Amber had plans to appeal the verdict. The lawyer claimed her client had "excellent grounds" to appeal the ruling.

Bredehoft also claimed that Amber was not in a position to pay the $8.5 million in damages the court said she owed Depp.

When Bredehoft was asked during an interview if she could pay the damages, she said, "No, absolutely not."

Bredehoft also backed Amber's claims that the ruling was a "significant" setback for women while claiming that the verdict was a "horrible message."

She argued that you could not be believed unless you pulled out your phone and recorded your spouse abusing you. As Amber recently claimed, the lawyer also argued that the jury was influenced by public opinion.

Depp's legal team has since said that the public did not impact the verdict the jury made.

For Amber to appeal the court's decision, she must prove that the trial had some errors. She could also prove that the judge presiding over the case made a mistake while interpreting the law. 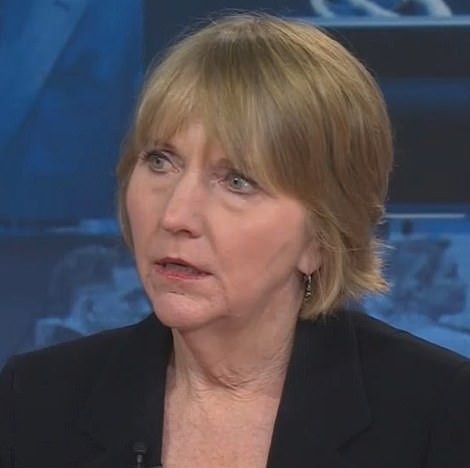 However, she would also have to post a $10.35 million bond plus interest charges.

Depp initially sued Heard for $50 million while accusing her of defaming him during her Washington Post op-ed in 2018. In the article, she said she was a survivor of domestic abuse.

After Depp sued her, Amber countersued him for $100 million. She did so while claiming that his lawyer, Adam Waldman, had defamed her by claiming that her accusations against Depp were a "hoax."

Amber has given an interview less than two weeks after Depp's lawyers, Benjamin Chew and Camille Vasquez, had an interview with Guthrie. They denied allegations that social media affected the outcome of the trial.

Chew claimed that his view was that social media did not sway the court's decision during the trial in any way. As far as he is concerned, the jury's ruling reflected the fact that the evidence overwhelmingly favored their client, Depp.