The Italian-American actor, Stanley Tucci, has delighted many travel show fans by exploring Italy from a foodie's perspective with his show, Stanley Tucci: Search for Italy.

As the pressure of the coronavirus restrictions went down, the show was getting filmed. During this period, Tucci set out on a mission to find his Italian roots and what better way to do it than to explore the country's foods.

His journey started in Naples and Amalfi Coast. He headed north and explored Rome, Bologna, and Milan before going to Sicily.

With the guidance of the locals, he documented his adventure-filled journey. The people he met were quite passionate about their food culture, and they were more than willing to share this part of their tradition with them.

Once again, this proves that the world truly loves Italian things, especially the food. No wonder his program was such a huge hit.

The best part is that the foods he covered are so easy to make at home. All you need is a little more effort to prepare these meals.

So, here are the highlights of the man's journey through Italy. 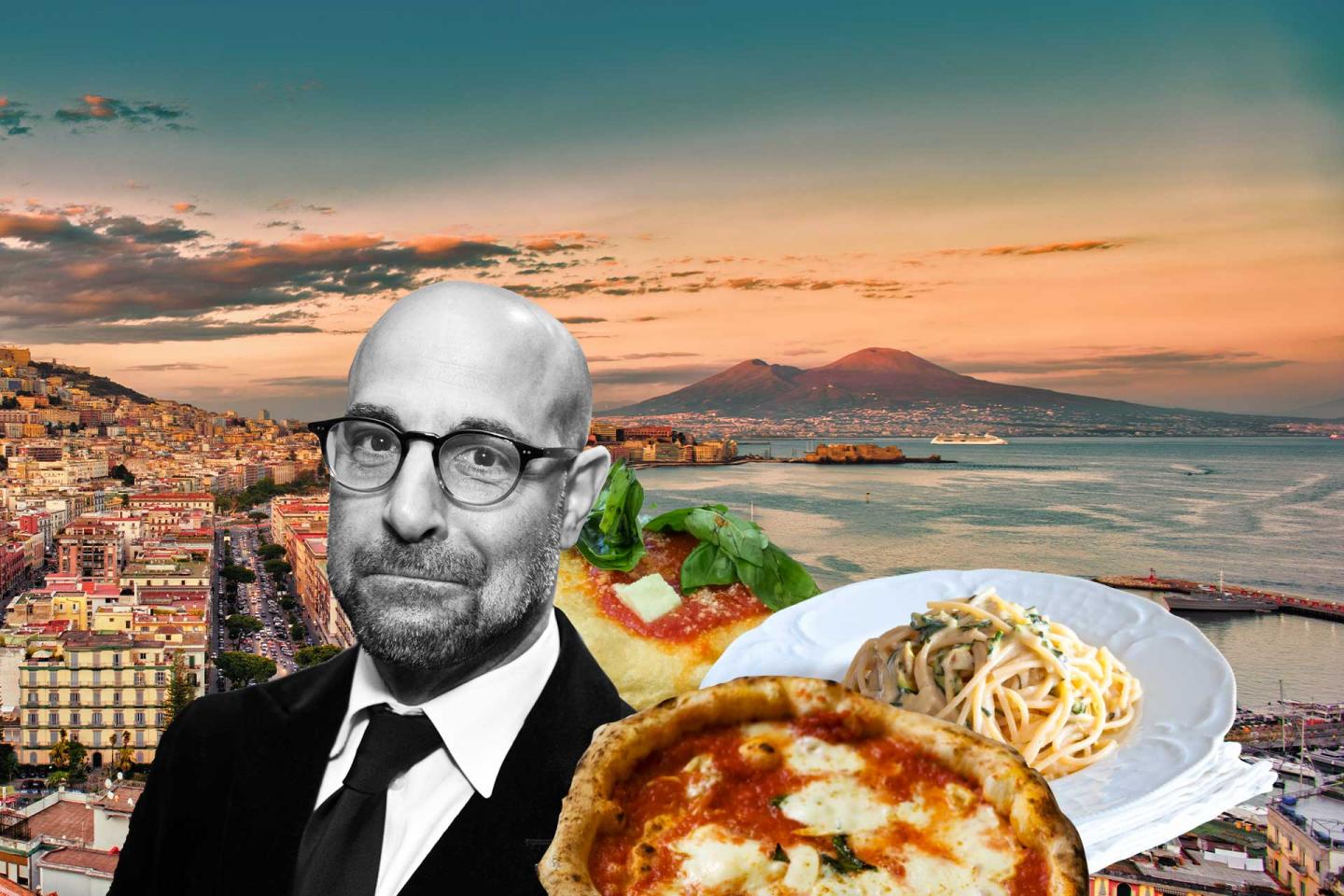 While touring these regions, Tucci explored one of the most popular and beloved Italian dishes: pizza. He featured the world-famous Naples fried pizza at Pizza Fritta da Fernanda.

Fortunately, you don't have to book a flight to Italy and head out to Naples to enjoy this tantalizing meal.

You can make it right at home with a little guidance from chef Viviana Varese.

Without a doubt, pizza was the focus of this episode. The classic Neopolitan pizza was also featured in the show, and you can also master how to prepare it as they do in the best pizzaiolos in the country.

Once he got to Amalfi Coast, Tucci enjoyed classic spaghetti and zucchini dish, locally known as spaghetti alla nerano, at a restaurant called Lo Scoglio.

Amazing as this dish is, it is also incredibly easy to make.

How To Make Spaghetti Alla Nerano

Here is a short video on how to prepare this delicious and satiating meal.

People know the Amalfi Coast for lemons, which are usually sold on the side of the road. These lemons are about as big as grapefruits, and they are perfect for The Lemon Delight Tucci features in the show.

The amazing and tantalizing dessert is easy to make, and you can even try and bake your own lemon delight cake. 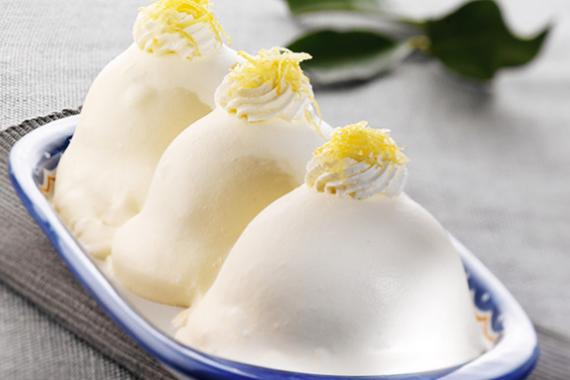 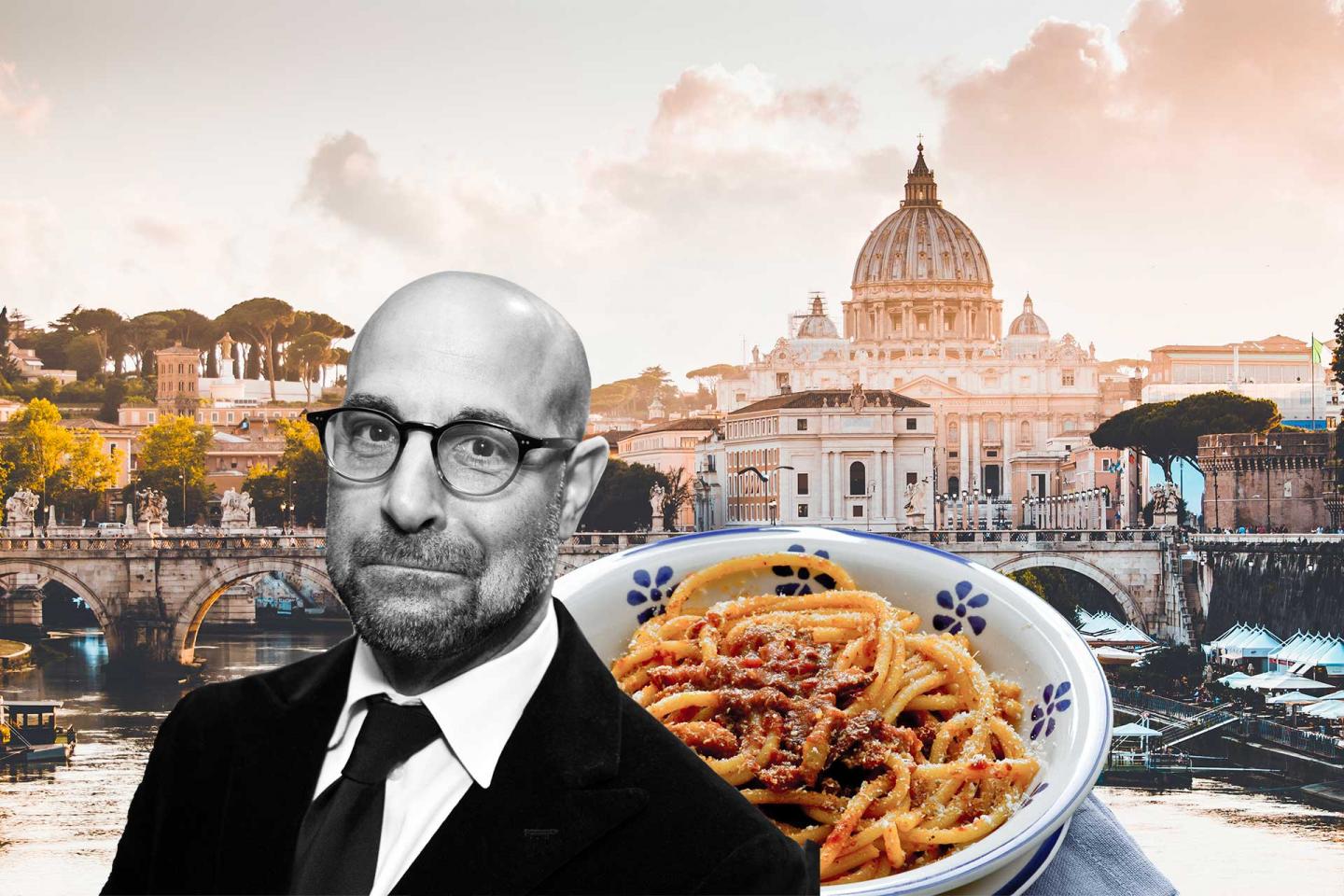 Who has never heard of Rome? The Italian destination and its long history could certainly not be left out of Tucci's exploration journey.

At the country's capital, the actor wanted to sample what the traditional cuisine had to offer. We all know that the city's history goes back several centuries.

In case you didn't know, Lazio, a fertile region that produces some of the best food ingredients in the country, surrounds the famous city of Rome.

Rome is popular for its amazing pasta dishes, which are very satiating and thrilling.

How To Make Rigatoni All'Amatriciana

The city is popular for its four pasta dishes, and here is a video showing how they are made, as featured in Searching for Italy.

Another popular pasta from this part of Rome is pasta alla gricia, which basically involves getting rid of the tomatoes, which did not become part of Italian cuisine until the discovery of the New World.

All pasta alla gricia has is guanciale and pecorino Romano.

How To Make Pasta Alla Gricia

If you would like to learn how to make pasta alla gricia at home, as featured in Searching for Italy, here is a video to help you make it happen.

What follows next is spaghetti carbonara, a world-famous dish Tucci learned more about from chef Daniele di Michele.

Although the dish is a hit worldwide, it is just as easy to make as other pasta from Rome. The dish is made using guanciale (pigs' cheeks), black pepper, eggs, and pecorino.

How To Make Spaghetti Carbonara

Have a look at this video and see how it's made.

How To Make Carbonara

Chef Luciano Monosilio can also guide you as you make the very best carbonara, here's a video showing how it's done.

Of course, we can't fail to mention Cacio e Pepe, the ultimate Roman pasta, which is simple, delicious, and very satisfying.

How To Make Cacio E Pepe

Chef Riccardo Camanini helps you prepare it in the following video. 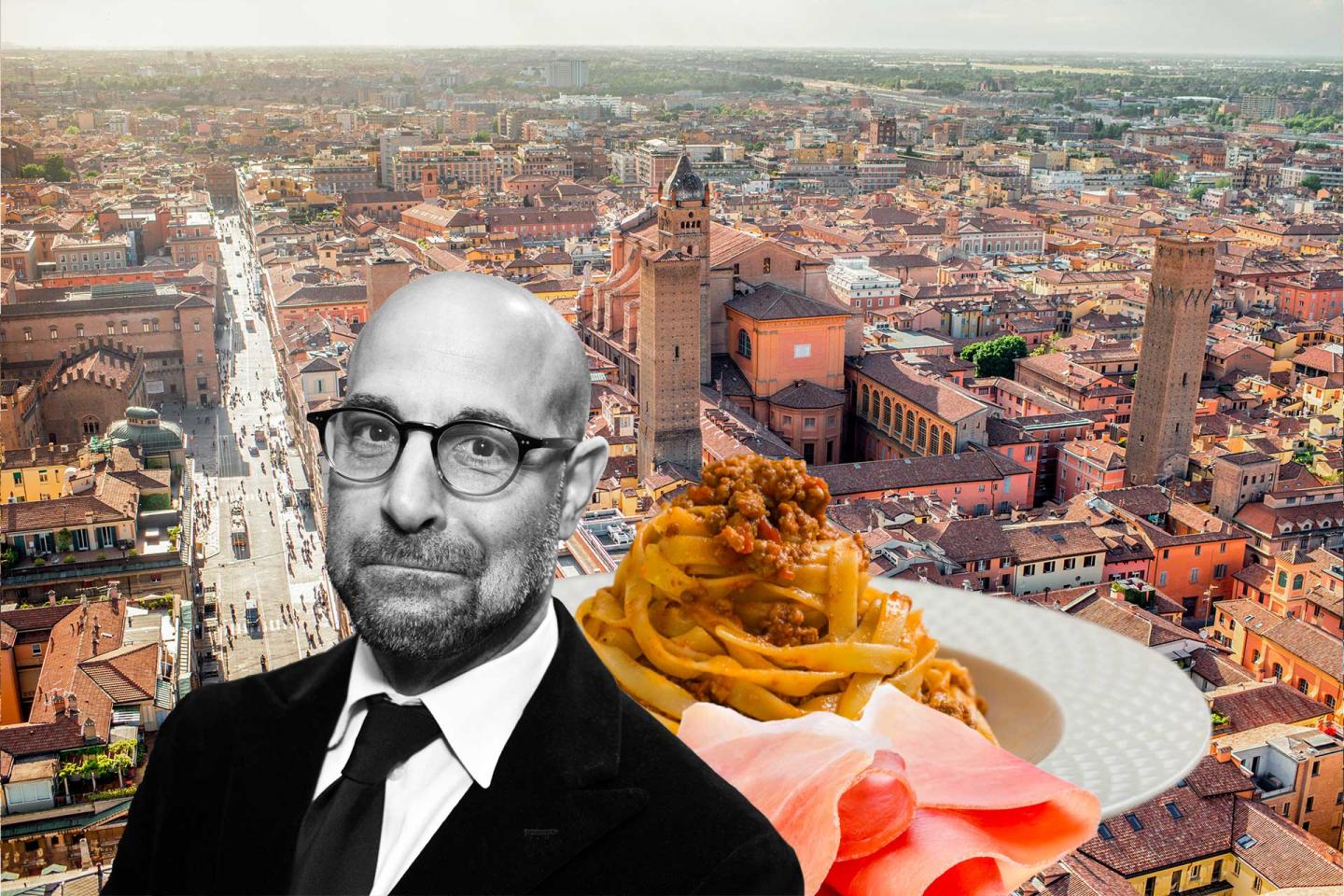 Bologna is known as the "food valley," and it can be considered Italy's food capital. Bologna is located in the Emilia-Romagna region, which has fertile agricultural land that supplies quality beef, dairy, fruit, grain, and vegetables to the rest of the country.

The region is also popular for gifting the world with the ragu Bolognese, a world-popular pasta dish.

How To Make Ragu Alla Bolognese

If you would like to make it as they do in Searching for Italy, here is a video featuring renowned chefs Aurora Mazzucchelli, Gianni D'Amato, and Dario Picchiotti.

How To Make Tagliatelle

As locals will tell you, you should not serve Rogu with spaghetti. Instead, you should serve it with tagliatelle, and here is how it is made, courtesy of the Simili sisters.

Here is another recipe to help you make tagliatelle with ragu Bolognese from chef Alberto Bettini, who owns Amerigo1934. 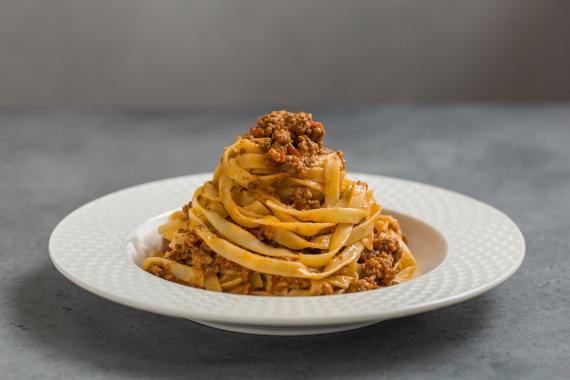 In the show, Tucci also visits Modena, and Massimo Bottura explains how big of a deal pasta is in this part of the world when he tells Tucci, "If you don't believe in God, you believe in Tortellini in Modena."

How To Make Tortellini

Here is a video of Massimo making tortellini in brodo. He starts from scratch and is making the meal at home in a lockdown series featuring his family.

Finally, Tucci went to Rimini, where he learned to make homemade pasta. That includes cappelletti and strozzapreti. 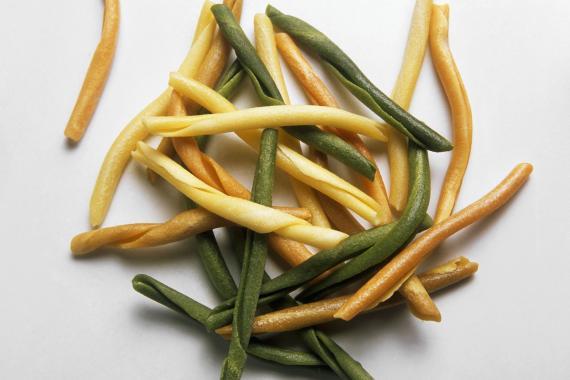 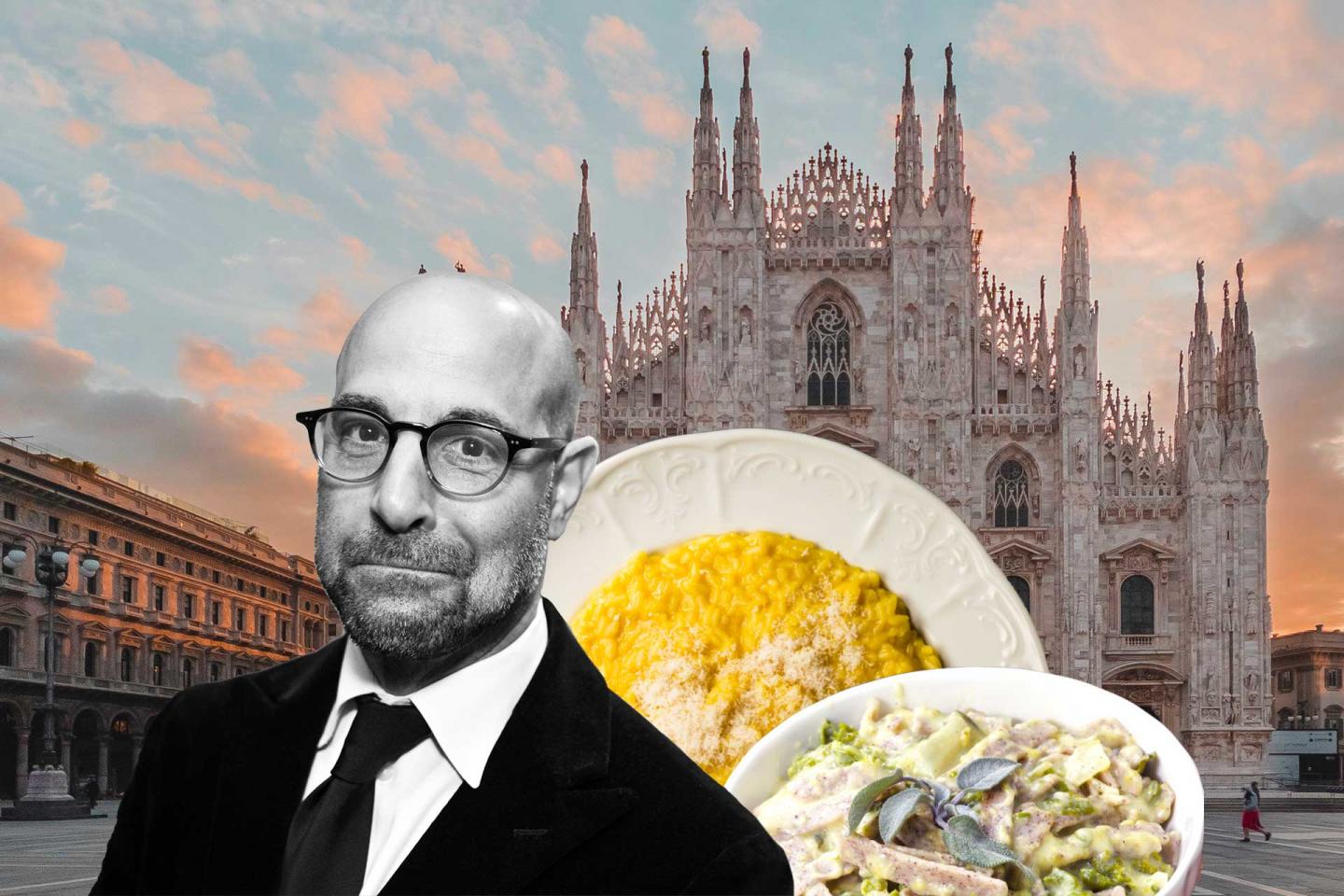 Milan may be more popular as a place of commerce, fashion, and design, but it still has unique food traditions, as Tucci helped us understand.

While in Milan, Tucci meets with locals who show him through the streets that feature a blend of modern and ancient art. He also explored the local dishes.

In particular, Risotto Milanese is considered a symbol of the city, and the warm and exciting dish is quite delicate. 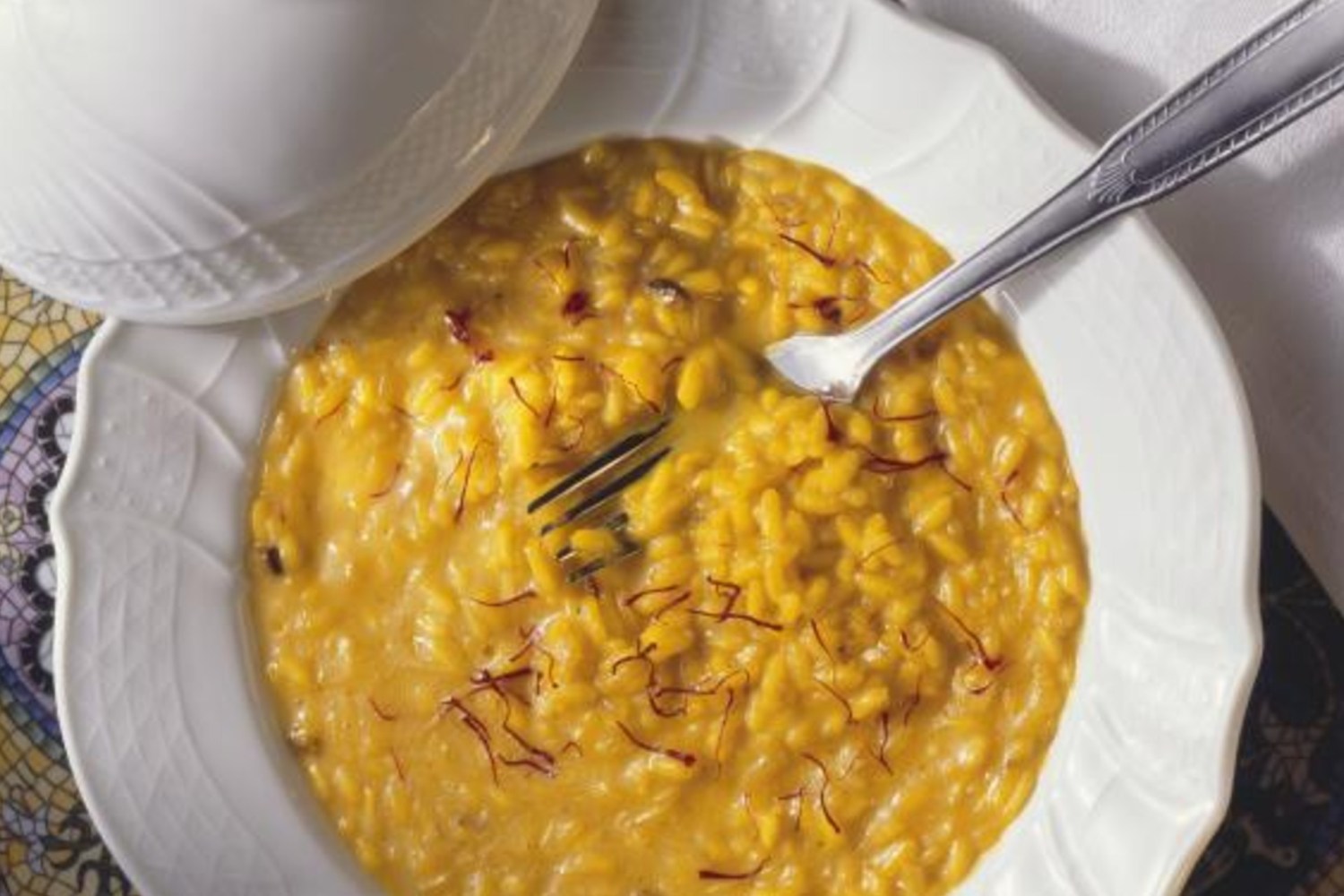 If you would like to make it as you see it in Searching for Italy, you can use the recipe from the restaurant featured in the show, Ratana. As an improvement to the traditional recipe, a touch of orange is added to the dish. 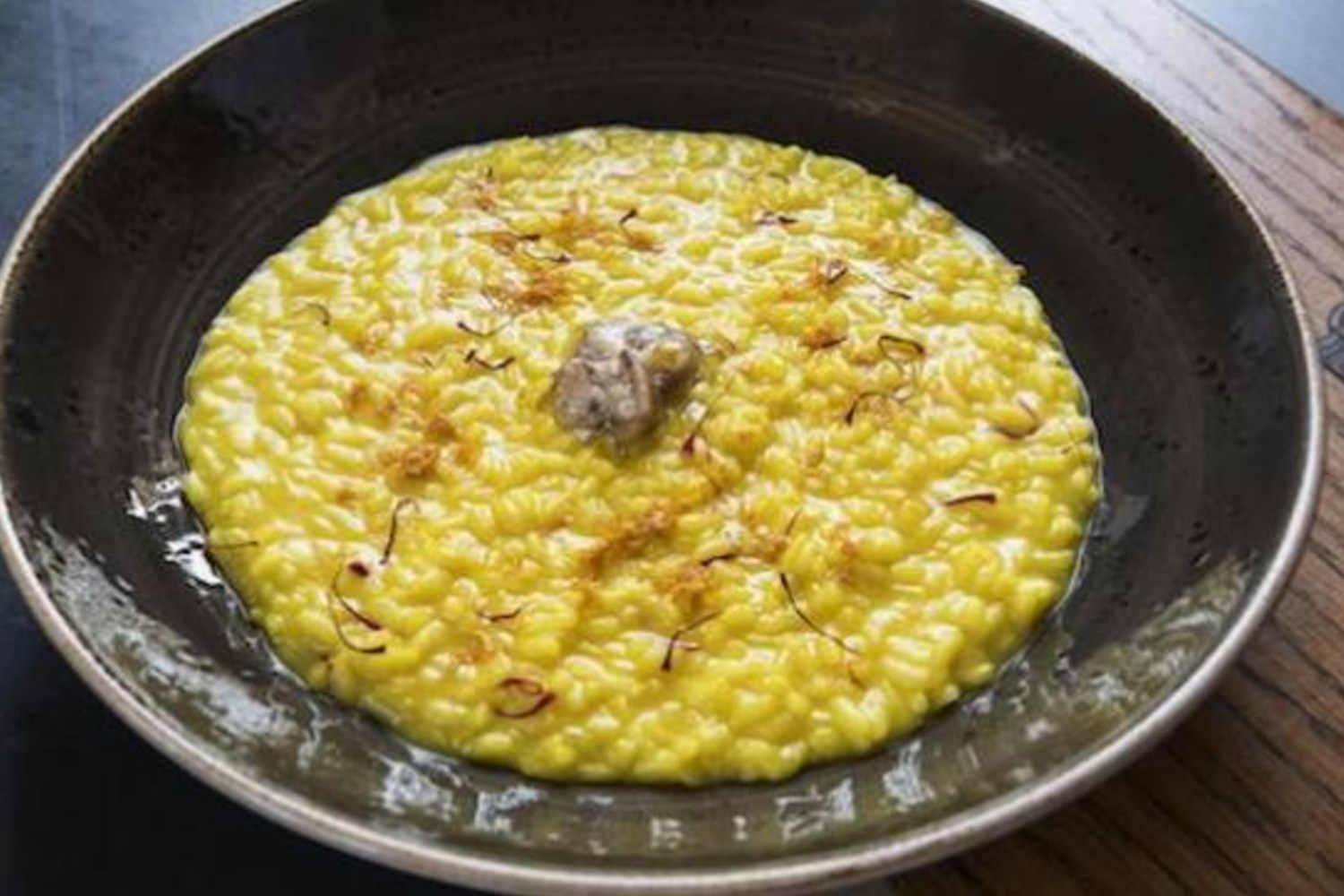 How To Make Parmesan Rissotto

You can also learn to make the ideal parmesan risotto from the Michelin-starred chef, Riccardo Camanini, in the video below.

Risotto is one of the most dependable meals in the world, and once you hack it, making it will be the easiest thing. 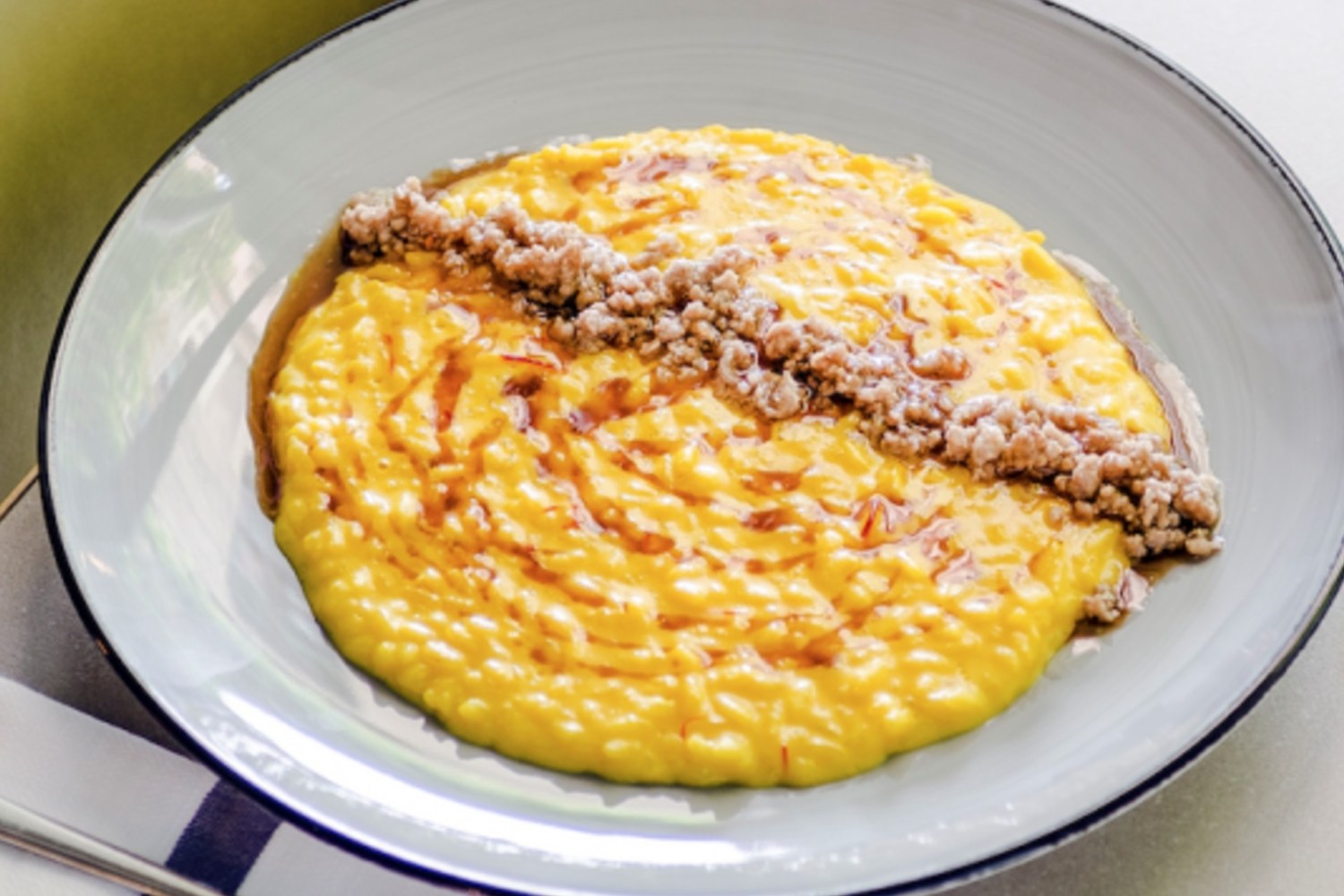 In the show, Tucci also features pizzoccheri, which is a northern delight for those dwelling in the much colder Alpine north.

How To Make Pizzoccheri With Pasta Grannies

Here's a video showing how delightful pizzoccheri is made using pasta grannies.

The show also shows cotoletta Milanese, which is very similar to a schnitzel which can be found in the northern parts of Austria. 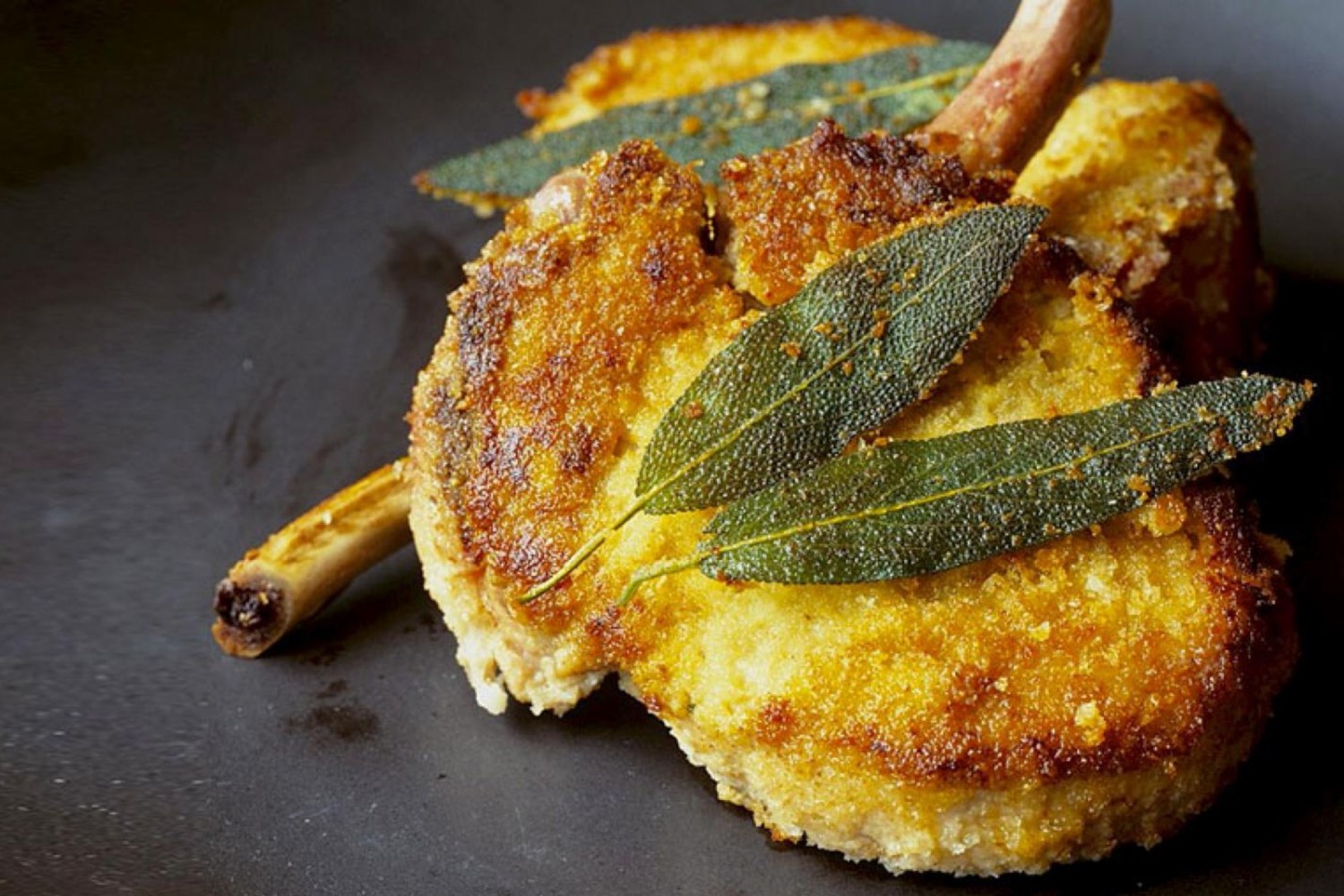 However, the fact that it's called Milanese should tell you that it has Italian origins.

You can also learn to make it as they do it in the show. Generally speaking, polenta is not hard to make, although some patience and effort will be necessary if you want to get it right. 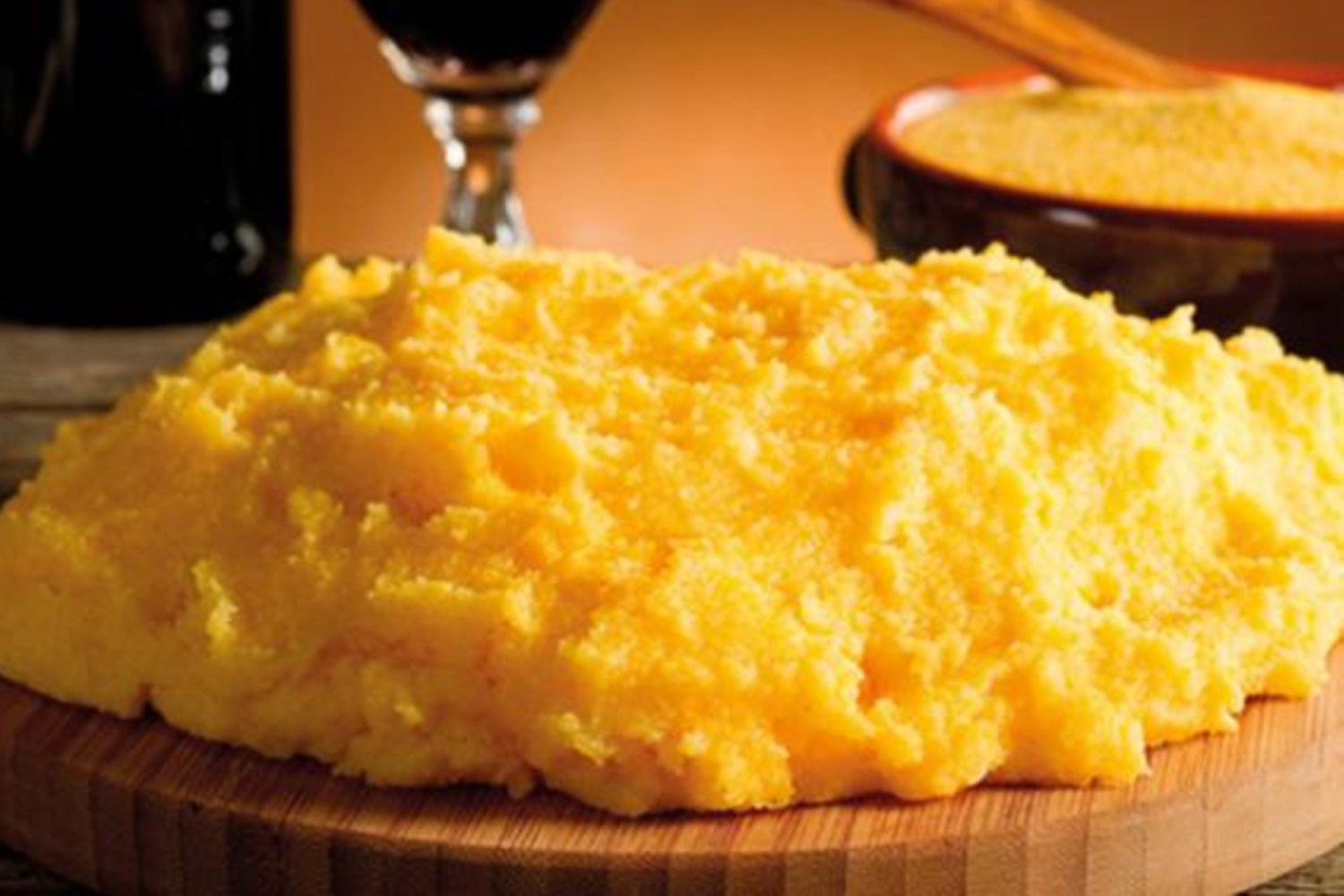 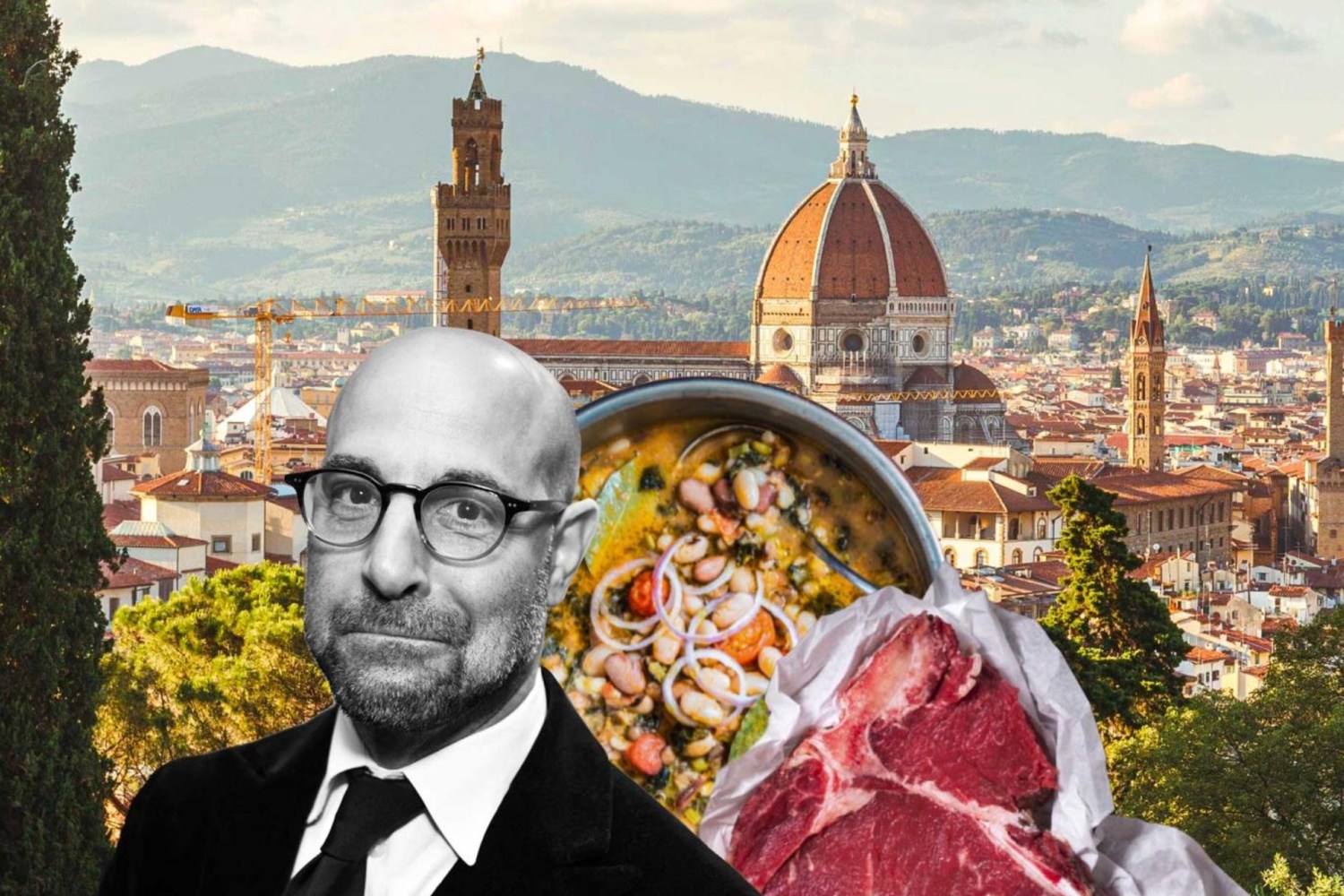 Tuscany is very popular for its art and culture and its scientific advances. However, the region also has a rich food history.

The meals from this region of Italy are full of flavor.

From Tucci's show, we learn about the perfect steak Florentine. 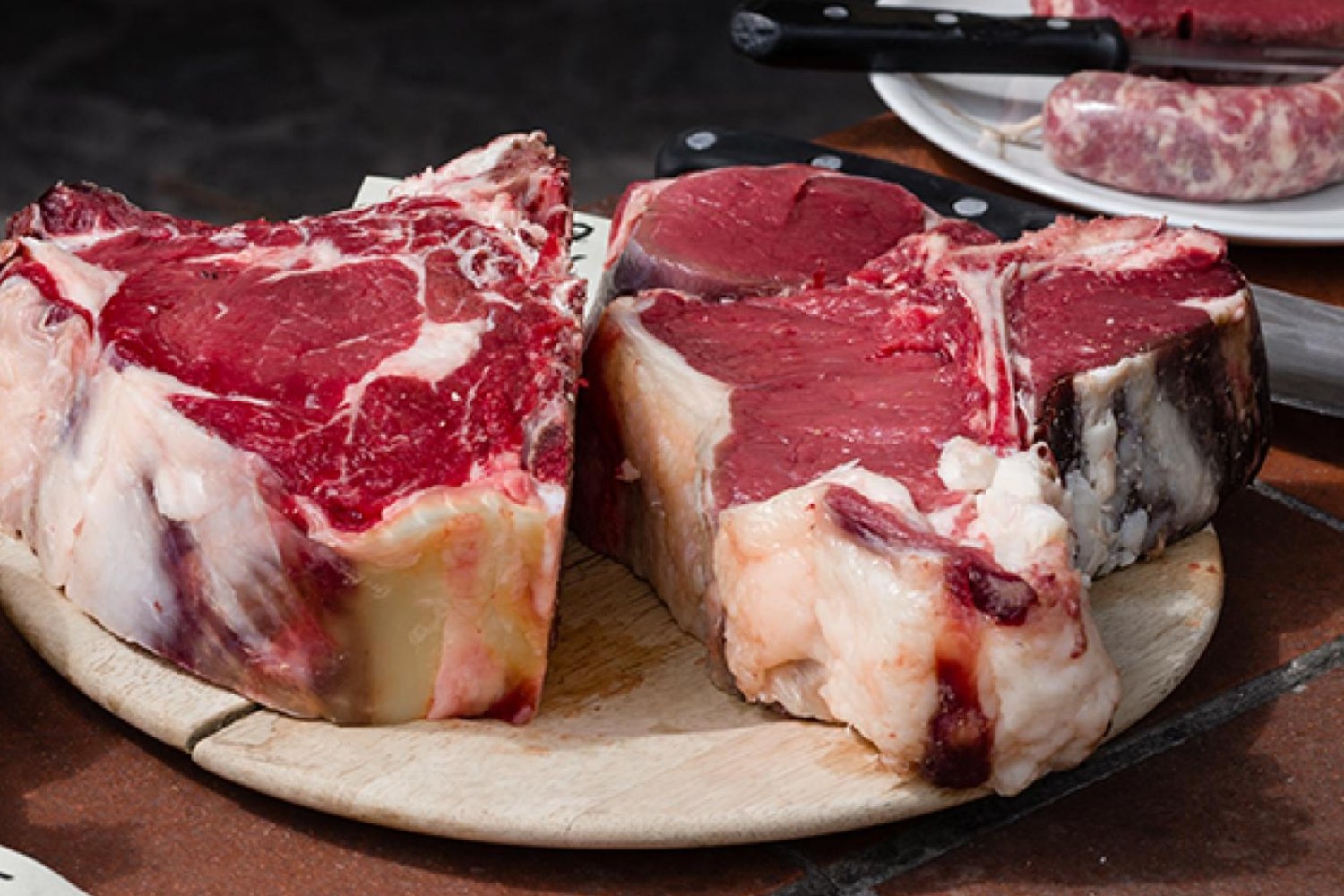 The show features Tuscan almond biscuits and cantucci. Cantucci is delicious, and they are even more delightful when dipped in Vin Santo. 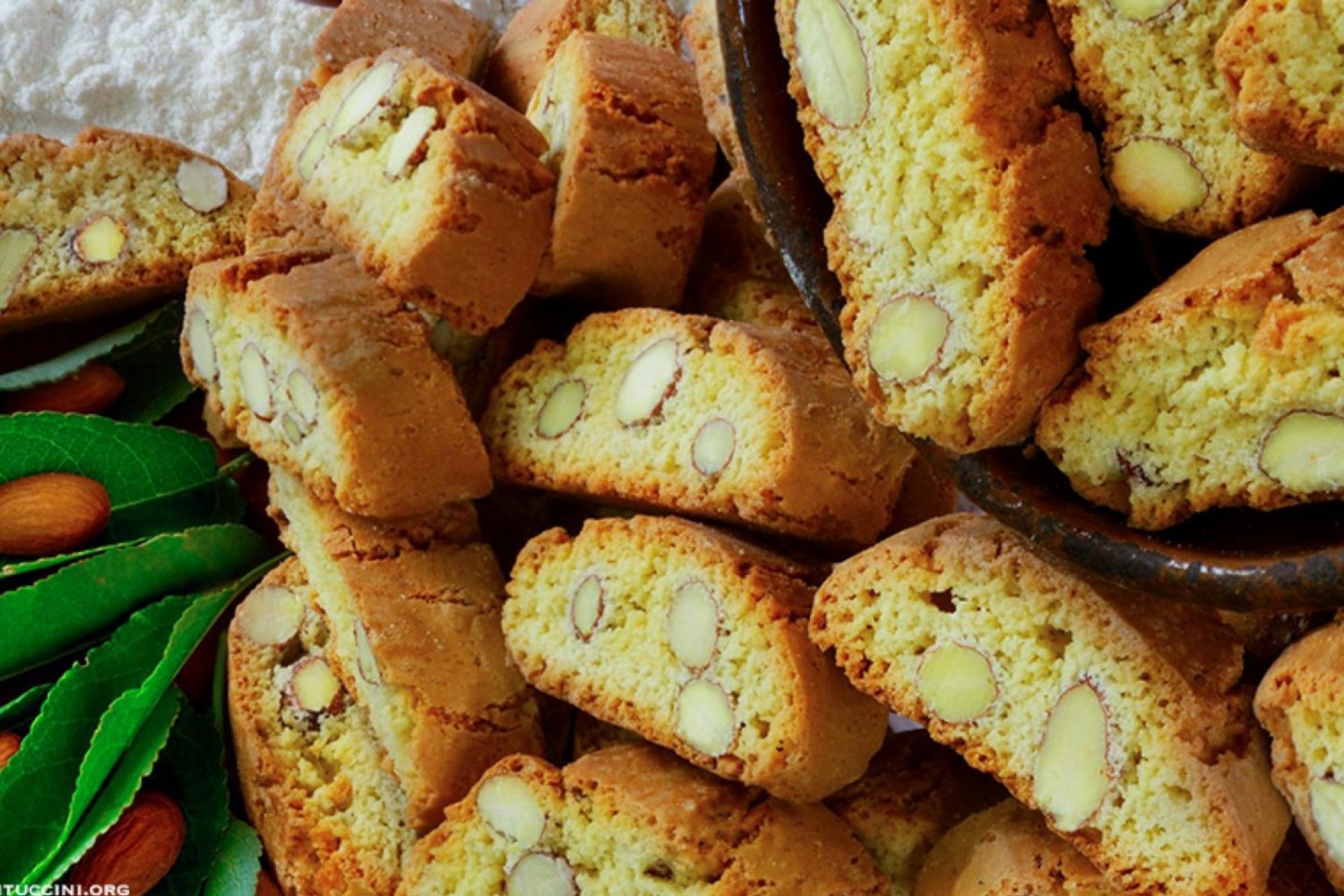 Peasants who worked in the land made the dish. 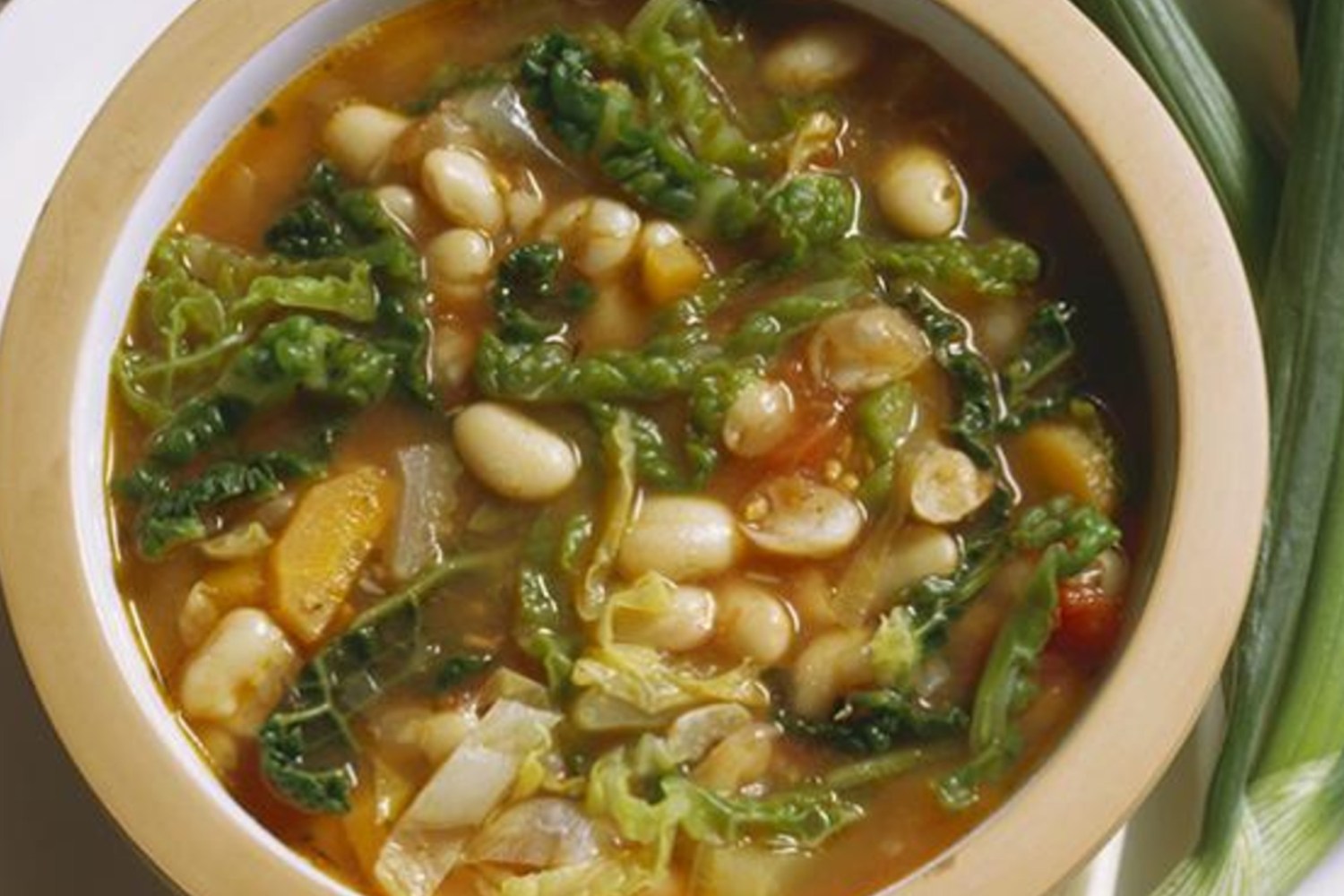 From the show, we also learn about the Tuscan Panzanella, which is a light and yet amazing traditional salad that will also be an amazing way to make use of leftover bread. 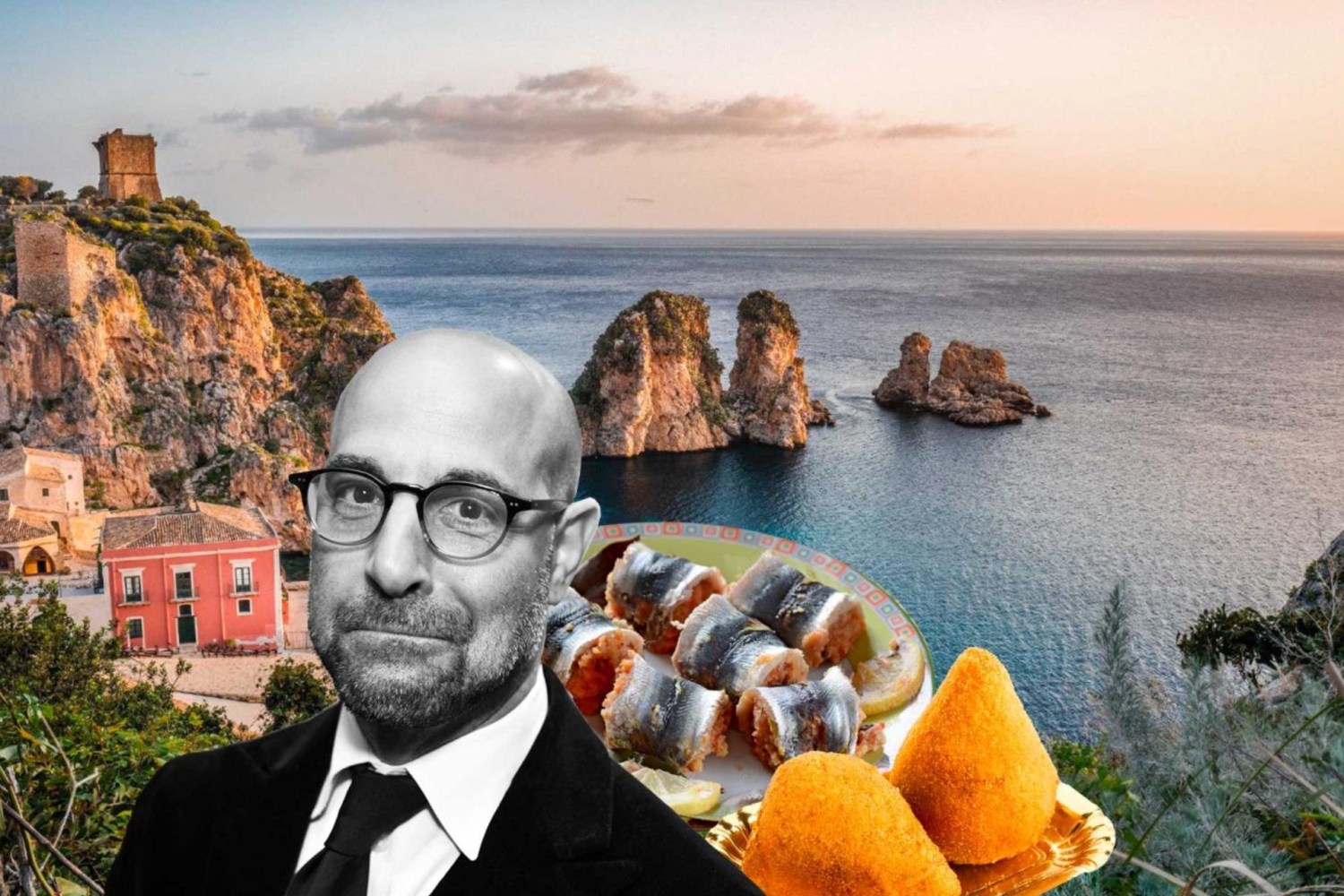 During the final season, Tucci visits Sicily, whose legendary cuisine has earned the region the larger-than-life name of "God's kitchen." The island has a rich and diverse history, and it is well-represented in the region's cuisine.

The show features spaghetti alla bottarga, which Tucci thoroughly enjoys during the show. This is a delicious and classic Italian dish. 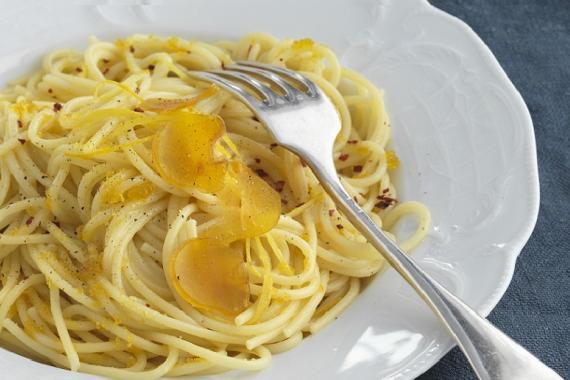 It is quite apparent that Tucci saved the best for the last. He went to Palermo searching for timballo, which you might remember as the baked dish in Big Night, his 1996 film. 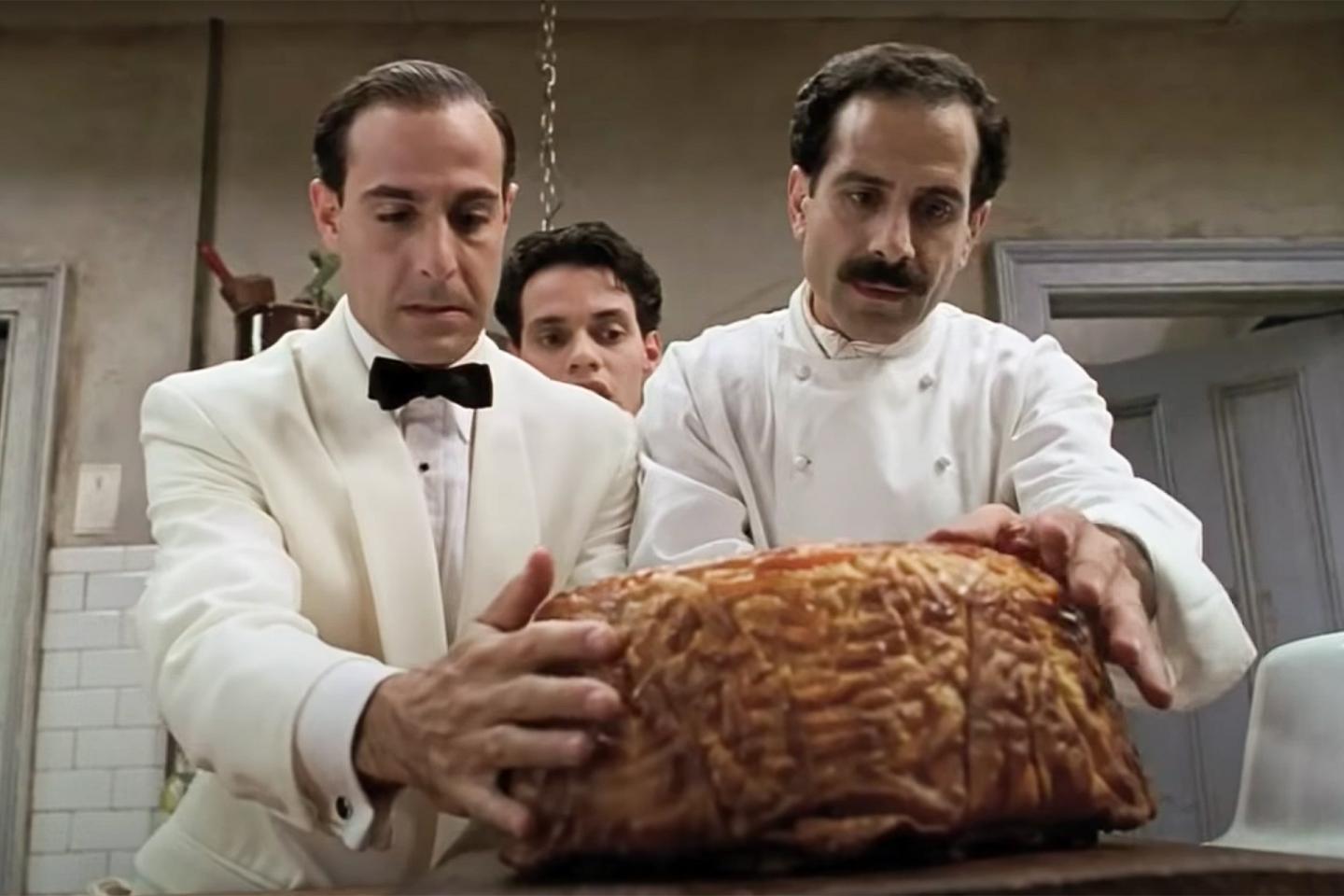 In the show, we learn about arancini, which is made using leftover risotto. 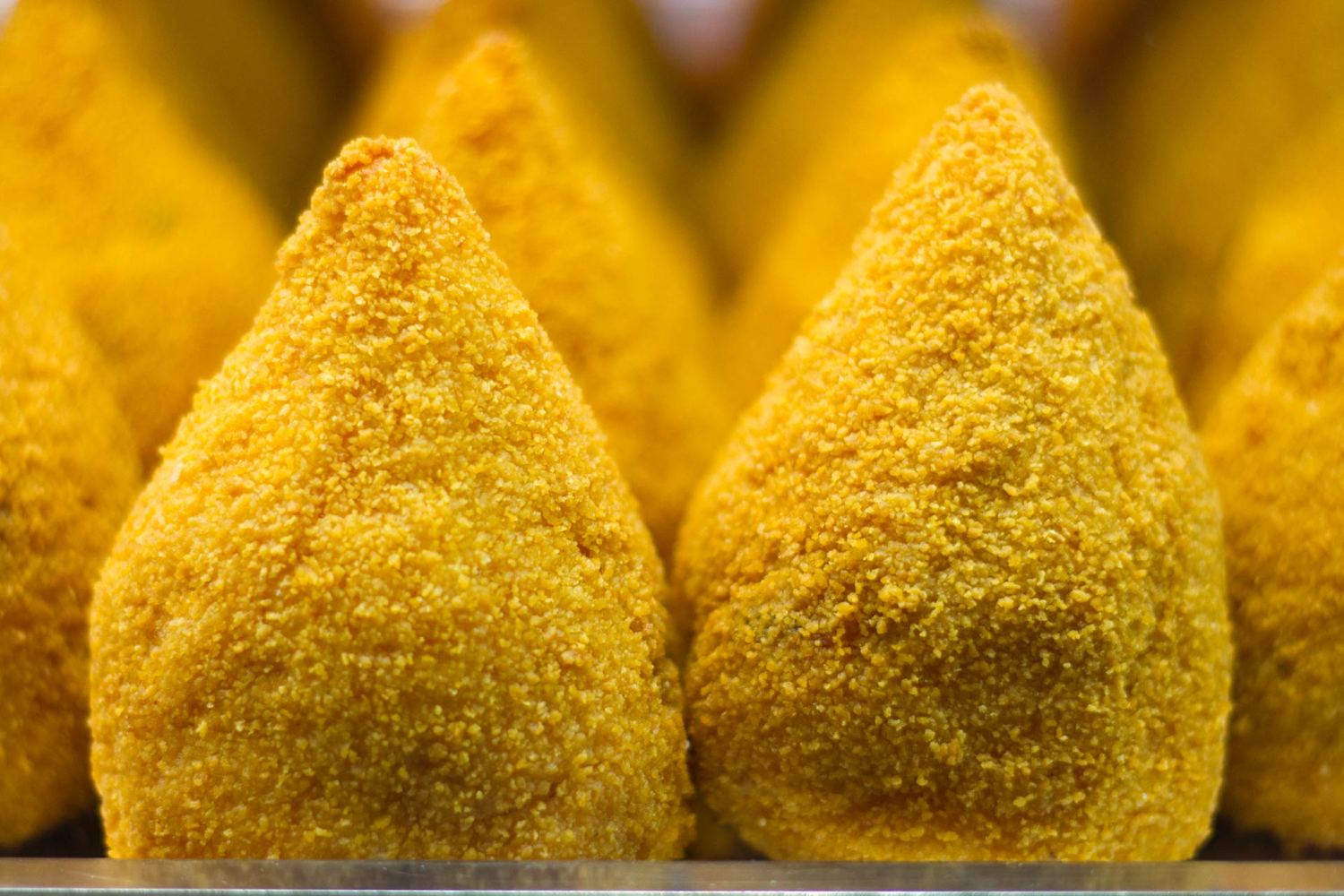 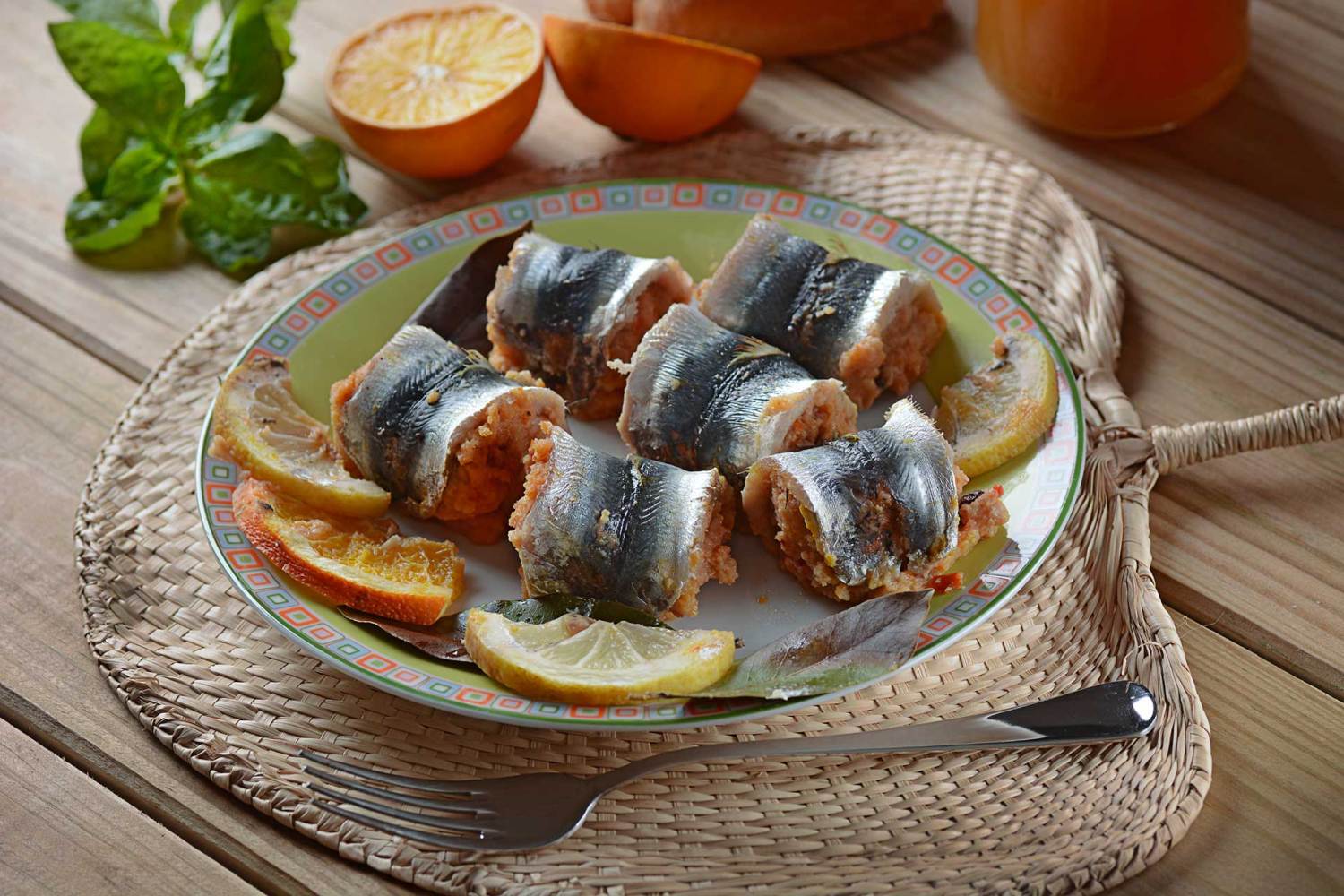 How To Make Pasta alla Norma

Here is a video on how to make pasta alla norma from Ciccio Sultano, a dish from Catana, as featured in Searching for Italy.

In the show, the actor also shows how to make Sicilian cannoli, which is arguably the most popular contribution Sicily has made to the world when it comes to desserts. 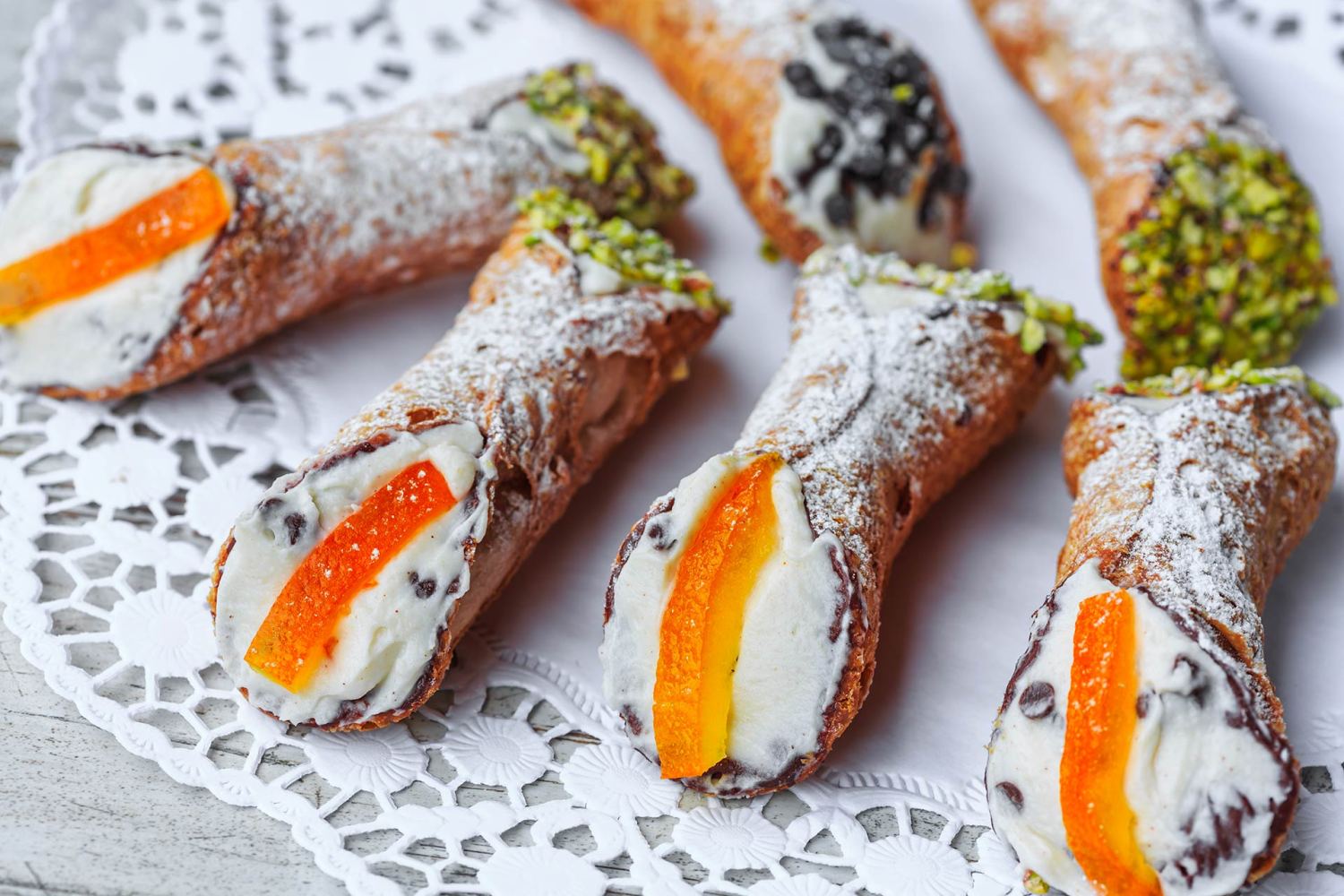