Soon after his father's death in 1995, Steve Ross could not paint, although he had years of experience as a painter and a painting instructor. Today, he is back, and he is widely recognized as an accomplished painter who is proudly keeping his father's legacy alive.

In fact, many people can now agree that Steve Ross is a better landscape painter than his father, Bob Ross. He loves painting mountains the most.

So, for those who have been wondering what became of Bob Ross' son, the fact is that he is following in his father's footsteps. His father, Bob Ross, is famous as the host of The Joy of Painting.

Steve Ross shares many things with his father, including his love for painting and his calming voice. However, while Bob Ross liked a red perm, Steve prefers umber curls.

When Bob Ross was alive, they often worked together. It was clear that Steve looked up to his father.

The two were incredibly close, which is why Bob's death after a short battle with cancer was a crushing blow for Steve.

Steve Ross's optimism was replaced by depression, and his will to paint vanished. He also had to fight a few legal battles for his father's legacy.

However, these tough times are now well behind him.

Although Bob Ross is Steve Ross's inspiration, they both get inspiration from Bill Alexander. Steve was born in 1966, and he was a guest star on The Joy of Painting several times.

Bob was all Steve had after his mom died when he was still young. Bob raised the boy as a single parent, and they took to painting as a way to deal with the grief of losing a beloved family member.

Soon enough, the painting turned into a hobby and eventually turned out into a profession.

In 1978, Bob Ross decided to leave the Air Force and become a professional painter. He had risen to the rank of master sergeant at the time he left his job.

Typically, he would paint during breaks. Once he left his military job, he swore that he would never raise his voice again. His position in the Air Force made him the guy who screamed at people for various mistakes. 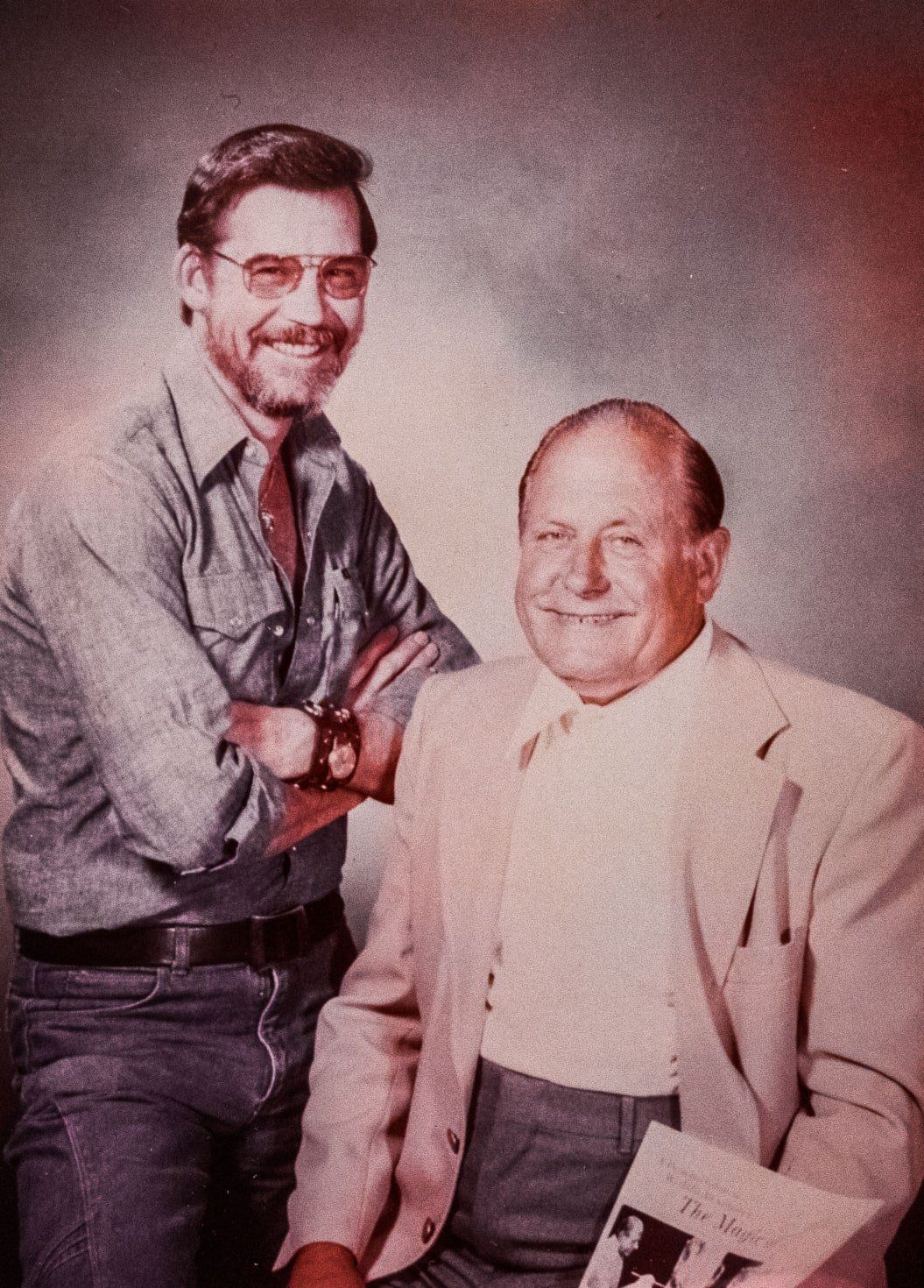 Once he had quit his military job, Bob left Steve Ross in the hands of his second wife, Jane, and traveled across the country to master the art of painting.

He briefly worked as an apprentice for Bill Alexander before he started his television series. The Joy of Painting show was an instant hit, thanks to his calm and soothing personality.

However, as his popularity increased, his relationship with Bill Alexander got worse. Alexander claimed that Bob Ross betrayed him because he (Bill) invented the 'wet on wet' painting technique and taught him what he knew, and yet Bob thought he could get to a better job than him.

However, art historians have argued that the so-called 'wet-on-wet' technique started in the 15th century and has been used by artists like Claude Monet, Frans Hals, and many other famous painters.

Bob Ross would admit that seeing Bill Alexander at work almost made him angry because he could do what took Bob had days to accomplish in minutes. 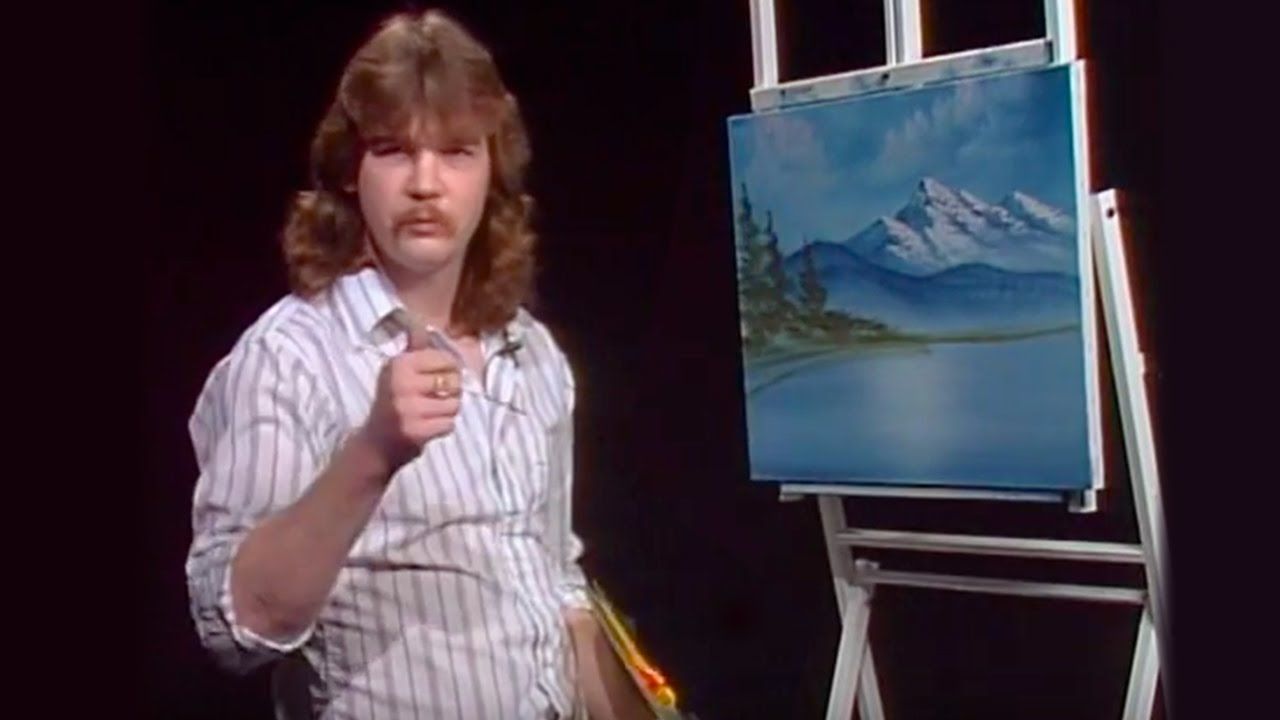 Steve started appearing in his dad's show. He was supportive of him in every possible way.

In the first season, Steve Ross appeared in the final episode. He was nervously reading fan questions as his father painted.

This was the first time he appeared in front of cameras, and it was undoubtedly just the beginning.

Eventually, as Bob was busy painting, Steve Ross traveled throughout the country sharing his father's painting secrets with anyone interested in what he had to say. 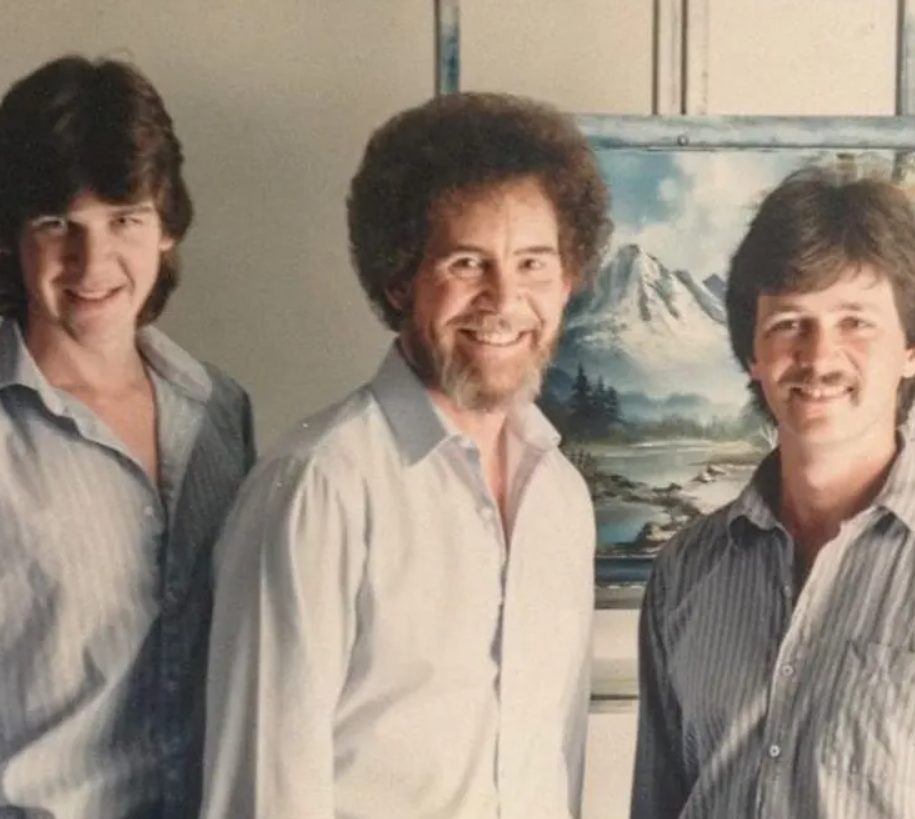 Steve was an expert on his father's skills, and he grew more confident as he met more people interested in his father's talents. It did not take long for him to be comfortable speaking before large audiences.

His next appearance on The Joy of Painting was very different from his first. His character and stature had changed.

Already, he was taller than his father, and his painting skills rivaled his dad's. 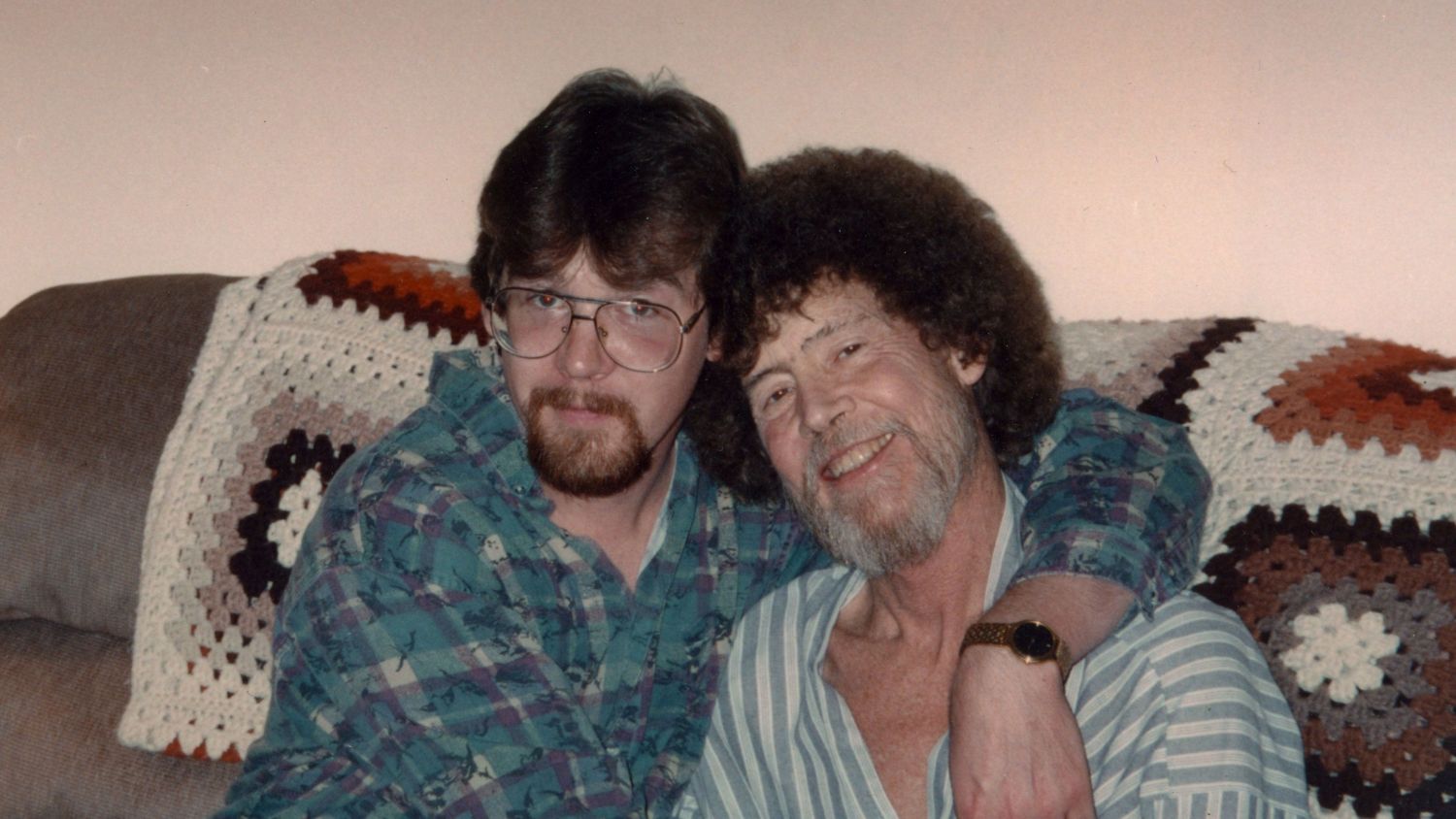 In 1995, things took a dark turn when his father was diagnosed with lymphoma, which is a rare but very aggressive form of cancer. He only had a few months to live.

The last few weeks of Bob Ross's life were anything but pleasant. To ensure he gave his father all the support he needed, Steve went to be with his dad.

However, even as he dealt with cancer, Bob also got into heated arguments with business partners who wanted to take control full of his company once he was out of the picture. 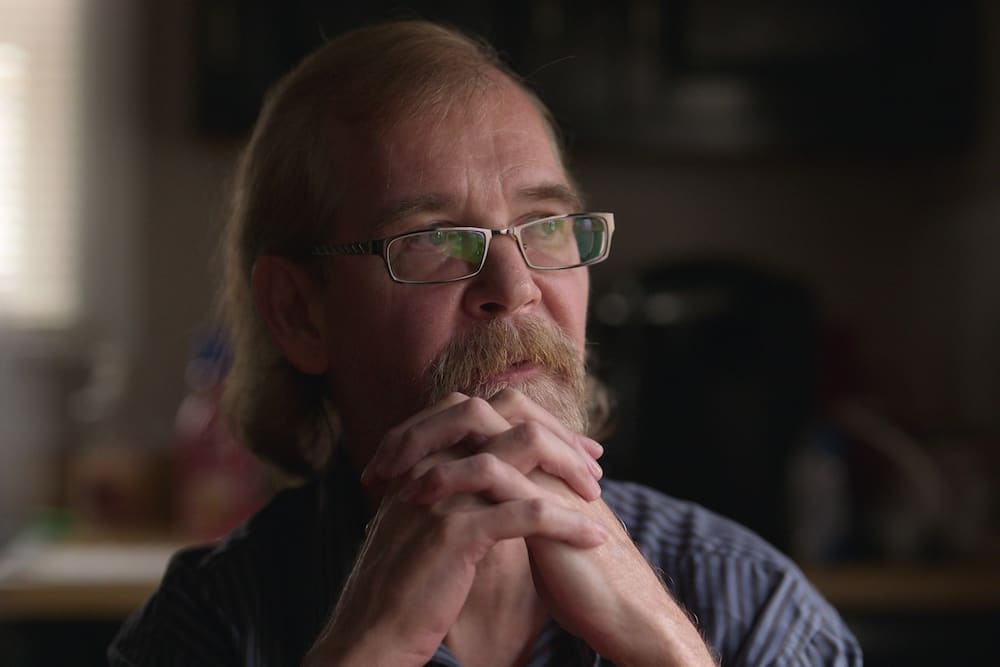 His father's death made Steve Ross sink into depression, and he remained in this state for several years. He later confessed that he gave some thought to creating a road accident to end it all.

Although Steve loved painting, the strong association the skill had with his father also meant he did not have the motivation to keep painting. Steve Ross also avoided publicity for over 25 years. 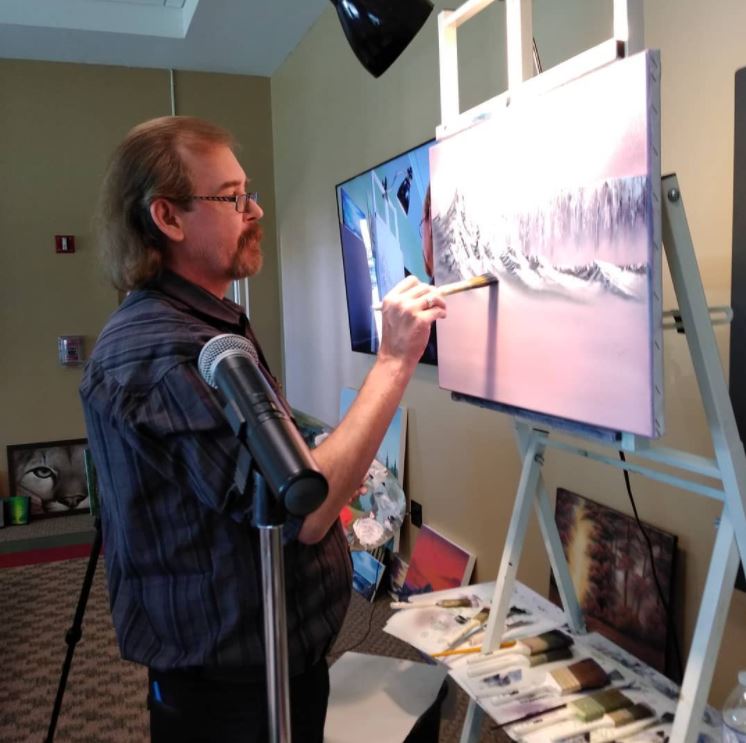 It was only in 2019 that Steve Ross dared to go public once more. He decided to organize a painting workshop.

To his surprise, hundreds of fans showed up, as well as dozens of painters. The event was a huge hit, and the world instantly knew that Steve Ross was proudly keeping his father's legacy alive.

Since the first workshop, Steve Ross has organized more classes in Colorado and Tennessee.

Steve Ross was overwhelmed by the support. He did not realize that people missed him and wanted him to start painting again until then.

When asked to describe what the opportunity to teach painting once more felt like, he said that it felt like he had the sun on his face for the first time in a thousand years.

His father is also enjoying a new wave of popularity today. His famous demeanor and upbeat spirit have been an inspiration well beyond the world of art.

For instance, there are energy drinks that promise to provide the "joy and positivity" of Bob Ross. Bob Ross has also appeared in bobbleheads, waffle makers, and even underwear. 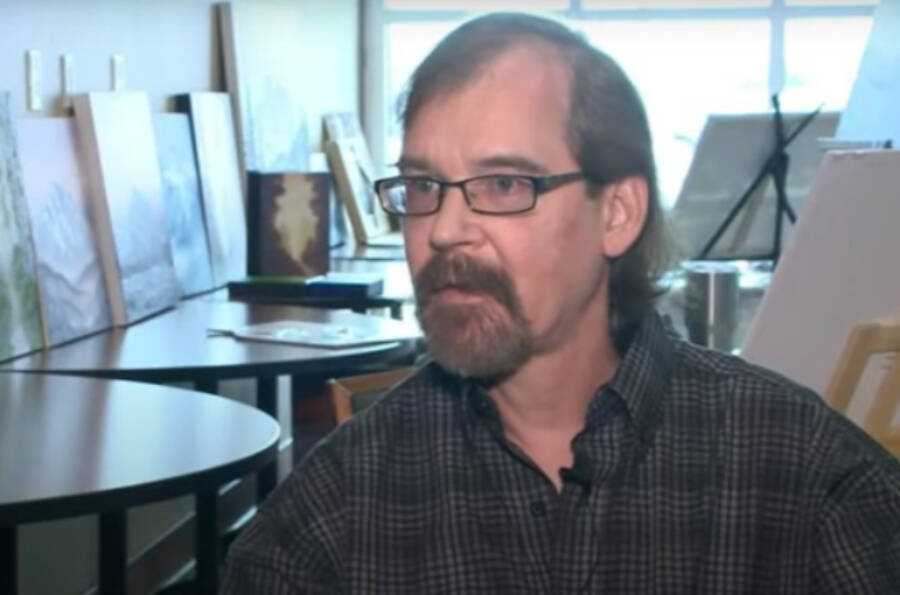 Steve Ross hopes to keep this infectious legacy alive, and he seems to be doing a pretty good job so far.

His father's timeless message about the beauty of the world, his strange hairstyle, and his official YouTube channel, which has about half a billion views, is clear proof that the world still thirsts for the message he had for his audiences.

Netflix also made a documentary about Bob Ross: Happy Accidents, Betrayal & Greed, which explores the heated and protracted battle over Bob Ross' legacy.

It is undoubtedly a relief for Bob's fans that Steve Ross has decided to keep his legacy alive.

Some years back, there were rumors that he was dead. At the time, he had become an incredibly private person.

However, today, Steve Bob is a middle-aged man living with his wife. Many people know him as a painting instructor and TV personality.

Steve Ross is still a painter, a hobby he took up when he was young, and sold his first painting at the age of 12, and over four decades later, he is still painting. That is simply incredible, considering all the struggles he has been through since his father's death.