Alan Ricthson has commented on his role in the action-packed Amazon Prime series, Reacher. He drew parallels between the new series and his role as Arthur Curry in Smallville.

Ritchson first gained fame as one of the contestants on American Idol. He was one of the top 87 contestants. Later, he was cast as an actor and has since played many memorable action roles.

He talked about the role in an interview with Flickering Myth. Ritchson mentioned that Smallville had taught him a lot.

According to him, the new character has to fight in a surgically precise manner:

"I started as Aquaman on Smallville. That was my first gig. And that's where I got to taste playing a superhero. It was much more overwhelming than you know. Reacher is different because there's like a surgical precision to the way he moves and fights... So, we really had to deconstruct how I'm used to fighting, like a brawler, which can be a little ambiguous or wide or broad."

Even though the actor was overwhelmed by his experience in Smallville, it seems that the experience taught him a few tricks that serve him well to this day.

It was announced in September 2020 that Ritchson would act as a former US Army military police officer, Jack Reacher, in a series adaptation of the best-selling novels by Lee Pace.

Tom Cruise previously played the role, but he was criticized because the character was described as being a 6'5" "unstoppable force." Ritchson is is 6'2," and Tom Cruise is 5'7". 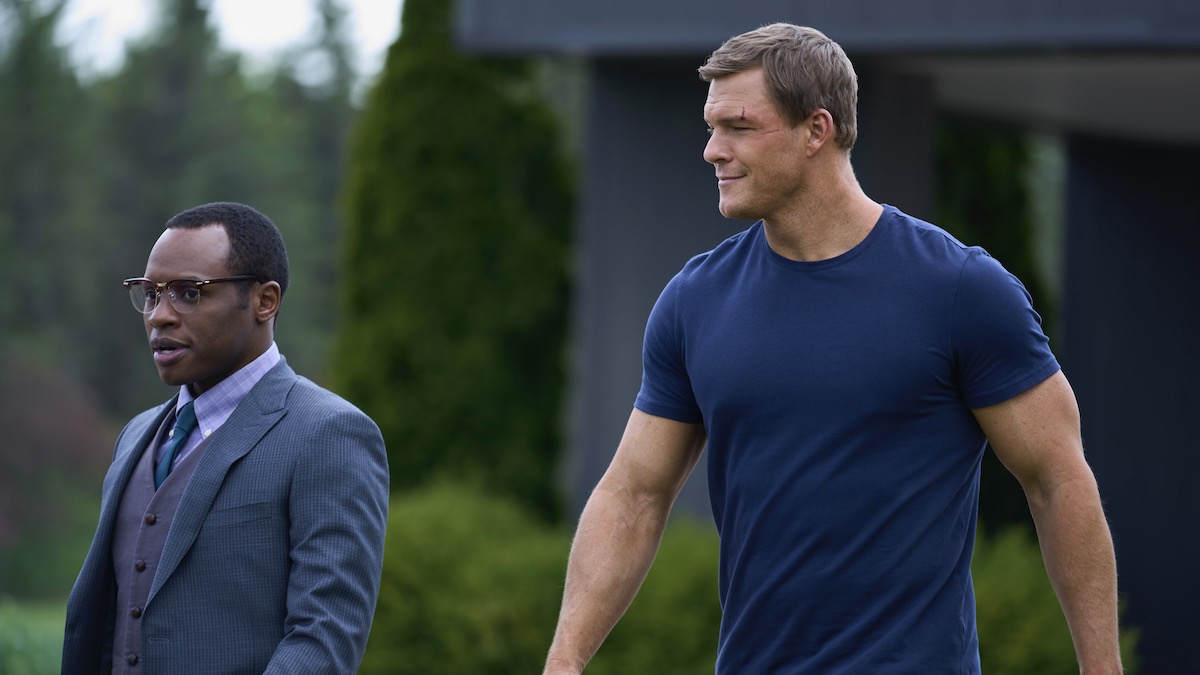 The show's first season was just released on Prime Video, and it has already gotten a positive response from audiences. Many feel that the adaptation adheres more closely to the real story as told in the books.

Ritchson has appeared in several roles since his acting career took off. For instance, he was in The Hunger Games: Catching Fire, and his likeness and motion was in Beowulf, the 2007 3D animated film.

He went on to take on the role of Raphael in the 2014 film Teenage Ninja Turtles and the sequel. Rictchson also played the role of Hank Hall in Titans.

So far, there is no confirmation that there will be a subsequent season of Reacher, which is currently in its first season and streaming on Amazon Prime Video.

Nevertheless, there is plenty of material to keep the show running for many years to come if Amazon wishes to keep the series going.