The famous singer Akon has opened up about why he chooses to have more than one wife, and how it has improved his life.

The R&B artist seems to do everything on a big scale. He has won multiple Grammy Award nominations, produced many Billboard Hot 100 top ten hits, and he also has multiple wives.

The music legend is legally married to Tomeka Thiam, but she is not the only love of his life.

Most people find it difficult to have time to give their one partner enough attention and affection due to their busy life schedules. Akon, however, sees things differently as he finds it easier to have more than one partner.

Akon revealed why in an interview with American radio host Big Boy. The radio host first asked him how many wives he has.

"I like when people guess," the 49-year-old star joked.

However, when the interview proceeded it became clear that it was more than just one. 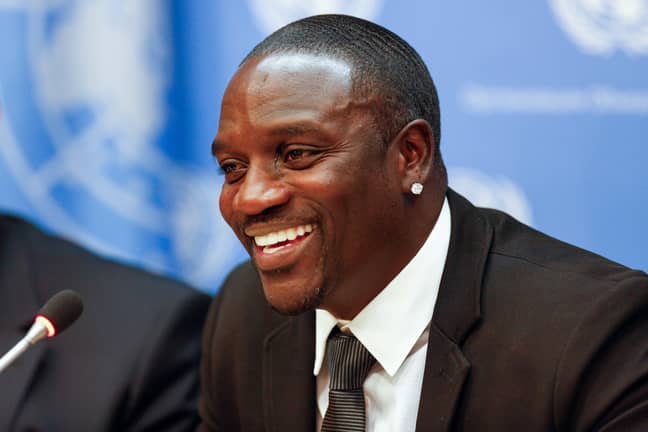 Contrary to the majority of people, Akon finds that committing to several people instead of one makes life easier, and not messier.

"See your life is difficult because you have to focus on one thing all the time. It's difficult. It's a lot more," he told Big Boy.

The radio host seemed confused by this statement as it did not make any sense to him.

"Put it this way. I would hate to put an analogy this way because I don't want it to be taken differently," Akon continued.

The singer however went on with his explanation, offering an interesting analogy.

"Let's say, hypothetically, you've got four Ferraris, different colors, every day you dress your outfit you know which one to pull in, right it makes it easier. Now when you only have a red one, then you're like damn how am I going to look in this one tomorrow, and next week."

"Every day is a concentration of how you can't wear the same outfit every day," he concluded.

Big Boy, however, was not convinced.

"That makes no f**king sense to me at all," he stated while shaking his head.

He then went on to make the analogy with hoodies instead of Ferraris, to make it more relatable.

The radio host again pointed out the amount of time and attention that needed to be shared between each hoodie, while Akon claimed that having different choices will make life better.

The video ended with jokes and laughter as the famous singer failed to reach out with his analogy. We are still somewhat in the dark about how having multiple partners can be easier.