A passenger found herself stuck between two obese persons on her flight with American Airlines. The company has now sparked controversy online due to its reply to the customer's complaint.

Flights are, at best of times, endurable experiences. On top of the fact that we need to give up our personal space, passengers are often exposed to screaming infants or children kicking the back of their seats.

The small seats and crowded rows are one of the biggest concerns, especially if you have to share them with people that barely fit into an ordinary chair. 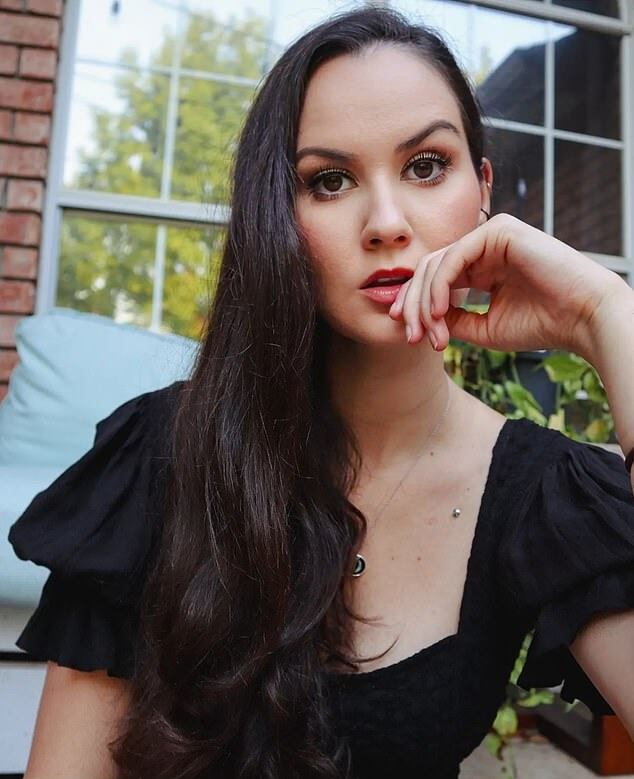 The Australian-American conservative political commentator Sydney Watson decided to document her lack of personal space and comfort and send a complaint to the airline company on Twitter. The company's response received mixed reactions from internet users.

Watson shared photos of her crowded spaced together with a description of the uncomfortable experience.

I am currently - literally - WEDGED between two OBESE people on my flight.

This is absolutely NOT acceptable or okay. If fat people want to be fat, fine. But it is something else entirely when I'm stuck between you, with your arm rolls on my body, for 3 hours. pic.twitter.com/9uIqcpJO8I

Watson, who describes herself as a Youtube creator and someone that "sometimes complains on TV," stated she did not care if she sounded mean.

"My entire body is currently being touched against my wishes. I can't even put the armrests down on either side because there's no fking room," she continued. "I'm sick of acting like fatness to this extent is normal. Let me assure you, it is not."

She added that she thought obese people should buy two seats if they want to travel by airplane. 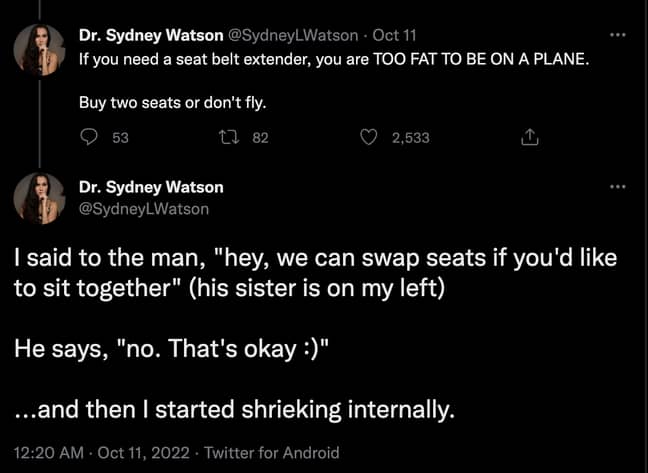 The disgruntled passenger tagged American Airlines in her retweet with the caption, "we need to talk."

The airline's response was short and simple.

The Airline then added that it offers a variety of different seats so the customers have the opportunity to choose themselves and find a seat that fits them.

With this comment, they meant the different cabin classes.

Internet users were not late sharing their opinions about the situation. Many of them agreed with Watson.

"Seriously? Your passengers shouldn't be taking up multiple seat areas. I have had this happen multiple times on American and Sydney is right this is NOT acceptable!!!" one commenter wrote.

Another Twitter user blamed the airline for "hating on fat people" since they did not offer proper seats.

However, there are always different opinions. One Twitter user found Watson's comments harsh and felt sorry for the two obese passengers.

"I feel sorry for those having to sit next to Sydney!" the user expressed.

Luckily for Watson, people offered some funny answers and retweets to her original post, making her uncomfortable flight more endurable.

Thanks for your genuinely funny tweets. They're making me chuckle while I'm sitting here dying inside on this packed flight. pic.twitter.com/0JoBE0KwTq