Adriana Chechik is a legend of the adult industry, but she is ready to move on and explore other things.

The 30-year-old does not regret her time in the adult entertainment industry, as she revealed on Holly Randell Unfiltered podcast.

"I feel empowered; it's really hot to control a bunch of men."

"I'm in a situation where not only I'm empowered because everyone is worshipping me, but you have a whole room of people collectively, including the director, who want you to have a good time."

However, she is ready for new challenges, and that includes Twitch:

"I will say Twitch has been the best blessing for me because I, for the first time in my life, was on a platform… I was just somewhere where people were valuing me for me."

Adriana wants more, as she stated:

"I was craving intellectuality and learning, and I just wasn't getting it… I didn't have any notion of the outside world."

And you can blame Twitch for her decision to leave the industry:

"The experiences and conversations on [Twitch] have made me realize, 'You're more than just how you've fetishized yourself' because I fetishized myself; it also gave me the understanding that I am more than this."

The beauty also revealed she did everything "she wanted to do" in the industry, so it is time to find something "bigger and better." 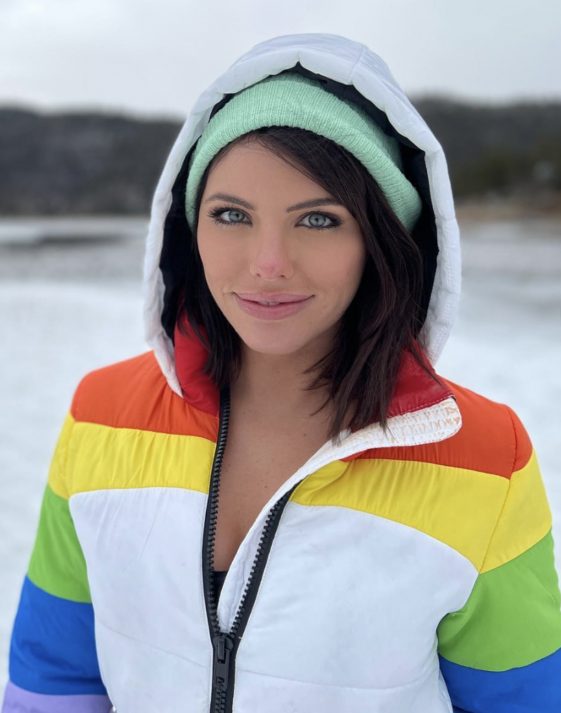 Chechik already has a massive following on Twitch, as over 780K people enjoy her playing games like Scum and Final Fantasy.

Yet, she planned to participate in a Fortnite tournament on August 25, 2022, and intended to stream it, but that did not happen. She believes it was due to her previous career.

She addressed the issue to her Twitch followers:

"There are two types of approval processes that you have to go through for these competitions."

"The first process is Twitch Rivals and Twitch approving you. The second one is the game company that is hosting the event. I guess last night they decided not to approve me because of my adult work."

The company behind Fortnite cited "miscommunication" between them and Twitch. Epic Games' statement said:

"This was the result of a miscommunication between Twitch and us and should have never impacted the streamer's participation in the Rivals event featuring Fortnite."

"Due to Fortnite's 'T' rating, our policies prohibit mature content in connection with Fortnite."

"We asked Twitch to work with Adriana to remove adult content references in her stream background."

They concluded, "Adriana is more than welcome to stream Fortnite and participate in upcoming events."

Adriana has plans to "get into life coaching." She explained on the podcast:

Interestingly enough, in Reddit's Q&A last year, the star said that if she weren't in the industry, she would be "building prosthetics or working in robotics."