Meghan and Harry's interview with Oprah managed to break the Internet.

More than that, the hashtag #AbolishTheMonarchy has been trending even hours after their two-hour sit-down within CBS's special.

Here's a brief recap of what happened and why it might harm the British Royal Family stronger than Lady Diana's impact in the early 90s.

Oprah's interview was every monarchist's nightmare

The last time we saw something similar was when Lady Diana spoke about her marriage, and it was in 1993.

While Diana's interview was heartbreaking because of how Charles treated her, Meghan and Harry had more. It was more than bad press. It was racism from inside the palace, the family.

The breaking point was Meghan saying that a member of the royal family had concerns about how dark their son Archie's skin might be.

"There's a conversation about how dark your baby is going to be?"

Meghan, in a symbolic black dress by Armani, replied:

"Several conversations … potentially and what that would look like."

Meg and Harry didn't reveal who made the racist remarks. What we know is that it was someone important, but not the Queen or her husband, Prince Philip.

Meghan spoke about her mental health and the lack of support 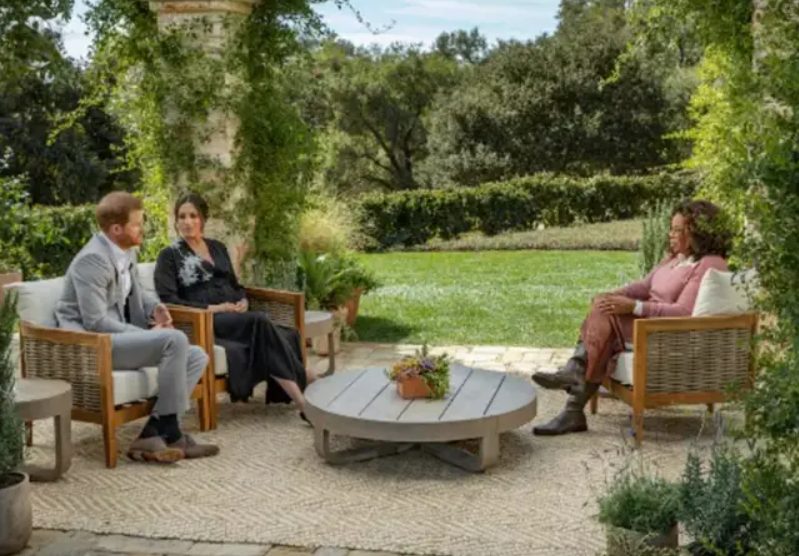 The Duchess of Sussex also said that she was suicidal during her pregnancy with Archie.

She needed help because her husband, Prince Harry was not a therapist. So, Meghan explained that she was in a challenging situation with almost no help.

Instead of getting help, the firm said that it wouldn't look good for them.

In the interview, Oprah asked why Archie was not made a prince.

"You certainly must have had some conversations with Harry about it and had your own suspicions as to why they didn't want to make Archie a prince. Why do you think that is?"

"They didn't want him to be a prince . . . which would be different from protocol, and that he wasn't going to receive security."

Archie should be Prince once his grandfather Charles becomes a King. But, the fact that someone dared to talk about a baby's skin color is disgusting!

Archie will soon welcome a baby sister, and the bets are that her name will be Diana.

Twitter has some questions and a lot of opinions

"Proud of Meghan to open up about what has happened to her. Just hearing what she went through and how badly she was treated is so heartbreaking."

"People waking up today just realizing that the British Monarchy is a classist, racist institution?"

And there are many more, including:

"The royal family repeatedly expressed concerns about her baby's skin color. They discussed not giving him a royal title. They failed to protect her from tabloid race-baiting. The monarchy is not fit for purpose. It should go."

Anti-royalist organization Republic called this interview "devastating." They reminded their followers to their previous statement:

We said a year ago, when Harry and Meghan quit the family, that this is going to be a bad decade for the royals. The #OprahMeghanHarry interview is devastating at a time when we’re fast approaching a transition to King Charles and Prince of Wales William. https://t.co/yhI6dCkcD4

What We Learned About The Firm As A Family

Harry's still close to the Queen. So are Meghan and Archie, to some extent.

Fergie, who was married to Charles' brother, was helpful.

Kate made Meghan cry, apologized, and there's no bad blood.

William and Harry will probably reconcile in the future because, as Harry said, they've been through hell together.

Finally, Meghan and Harry left because there was no other way to continue their lives. They didn't get support and protection from the press, from the palace "sources," and instead, they had to pretend that they were okay.

There are so many questions left unanswered, but it seems that Harry and Meghan told their truth, finally.

Now, we're waiting for the Palace to respond...