A raffle, a contest, and a celebration, what could be dirty about these, you ask? Well, you're just going to have to read and find out.

Enjoy today's selection of dirty jokes we picked out just for you, and make sure to share them with your friends! 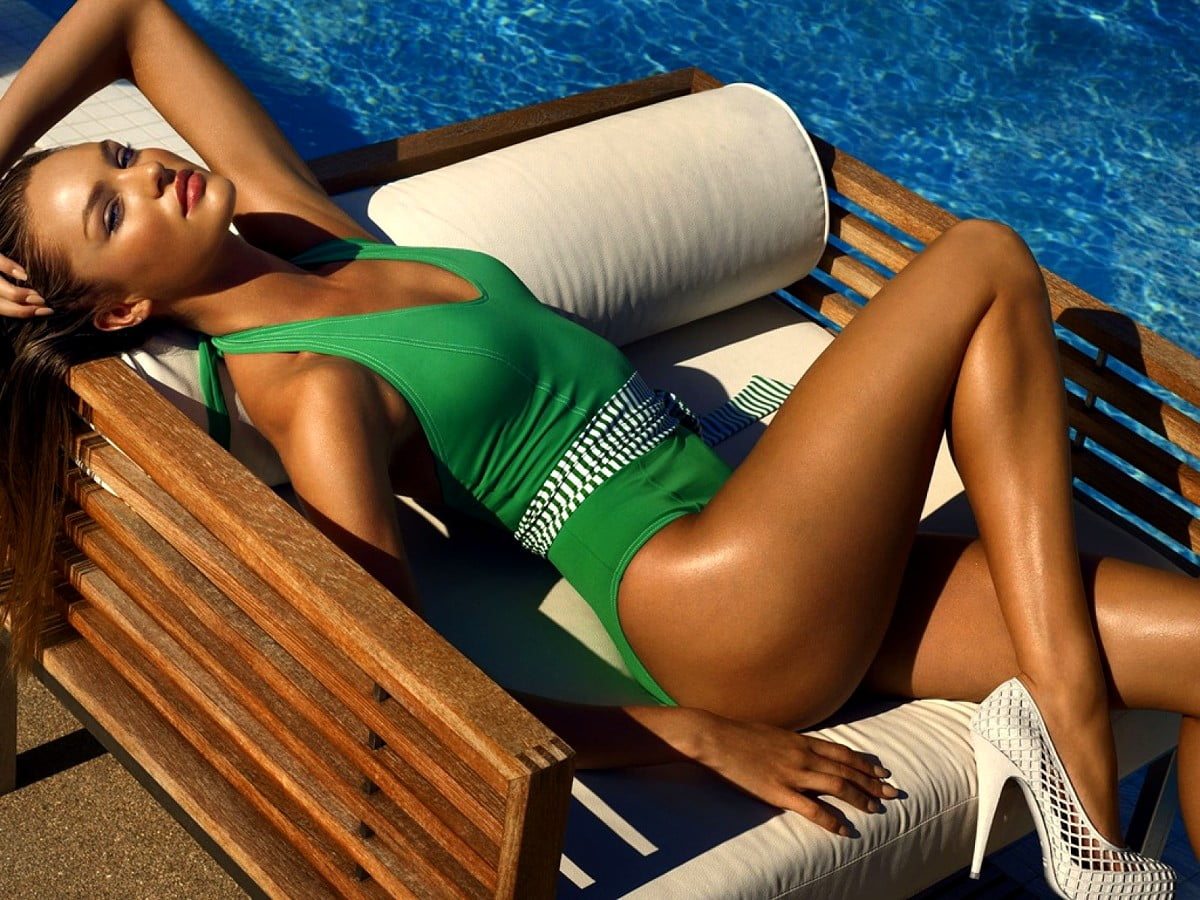 A woman decided to have a facelift for her birthday. She spent $5000 and felt really good about the results. On her way home, she stopped at a dress shop to look around. As she was leaving, she said to the sales clerk, "I hope you don't mind me asking, but how old do you think I am?"

While standing at the bus stop, she asked an old man the same question. He replied, "I am 85 years old, and my eyesight is going. But when I was young, there was a sure way of telling a woman's age. If I put my hand up your skirt, I will be able to tell your exact age." No one was around, so the woman said, "What the hell?" and let him slip his hand up her skirt.

After feeling around for a while, the old man said, "OK, You are 47." Stunned, the woman said, "That was brilliant! How did you do that?" The old man replied, "I was behind you in line at McDonald's." 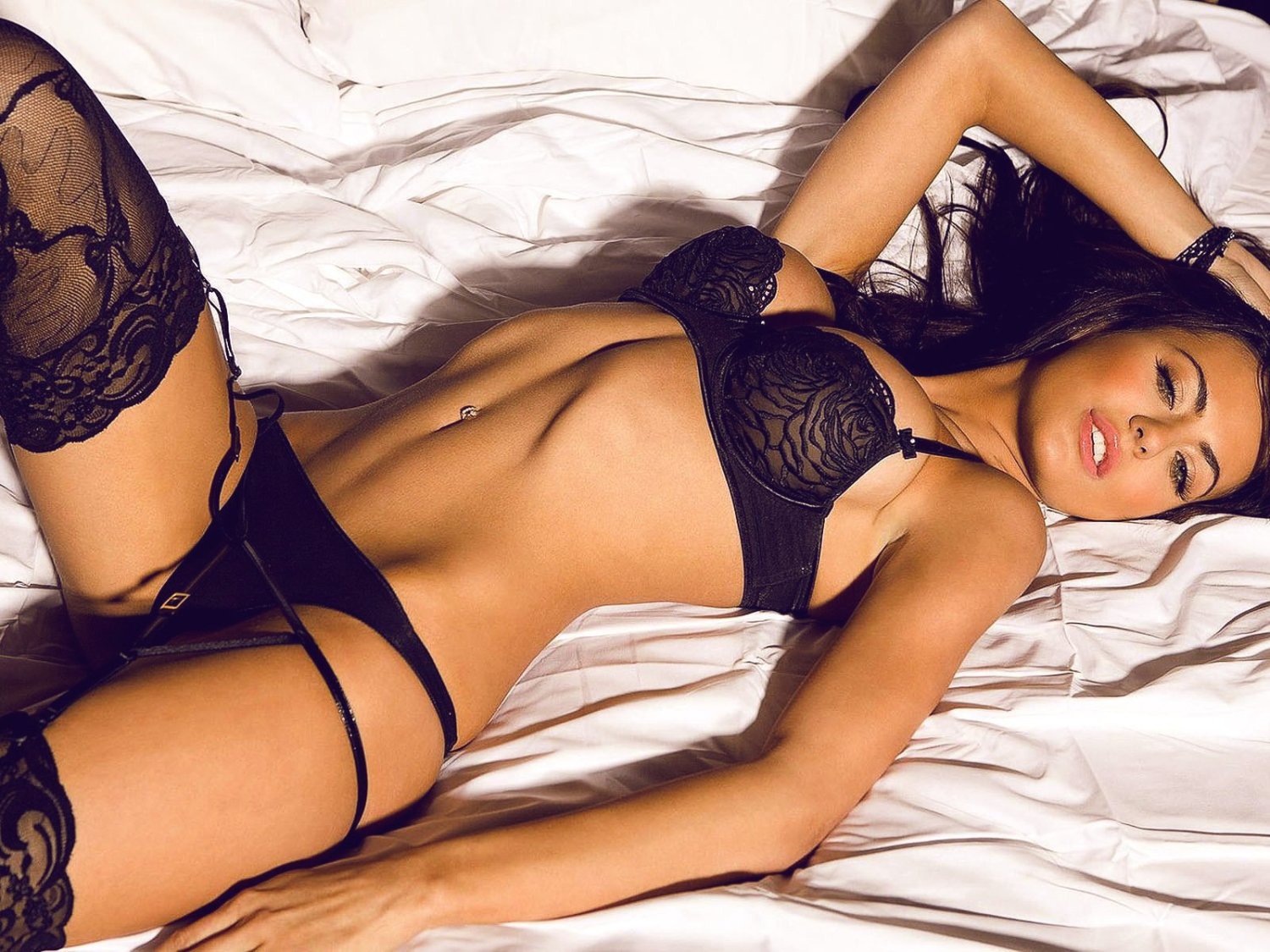 Walking home after a girls' night out, two women pass a graveyard and stop to pee. The first woman has nothing to wipe with, so she uses her underwear and tosses it.

Her friend, however, finds a ribbon on a wreath, so she uses that. The next day, the first woman's husband phones the second woman's husband, furious: "My wife came home last night without her panties!"

"That's nothing," says the other. "Mine came back with a card stuck between her butt cheeks that said, 'From all of us at the fire station, we'll never forget you.'"

Two Old Ladies and a Museum 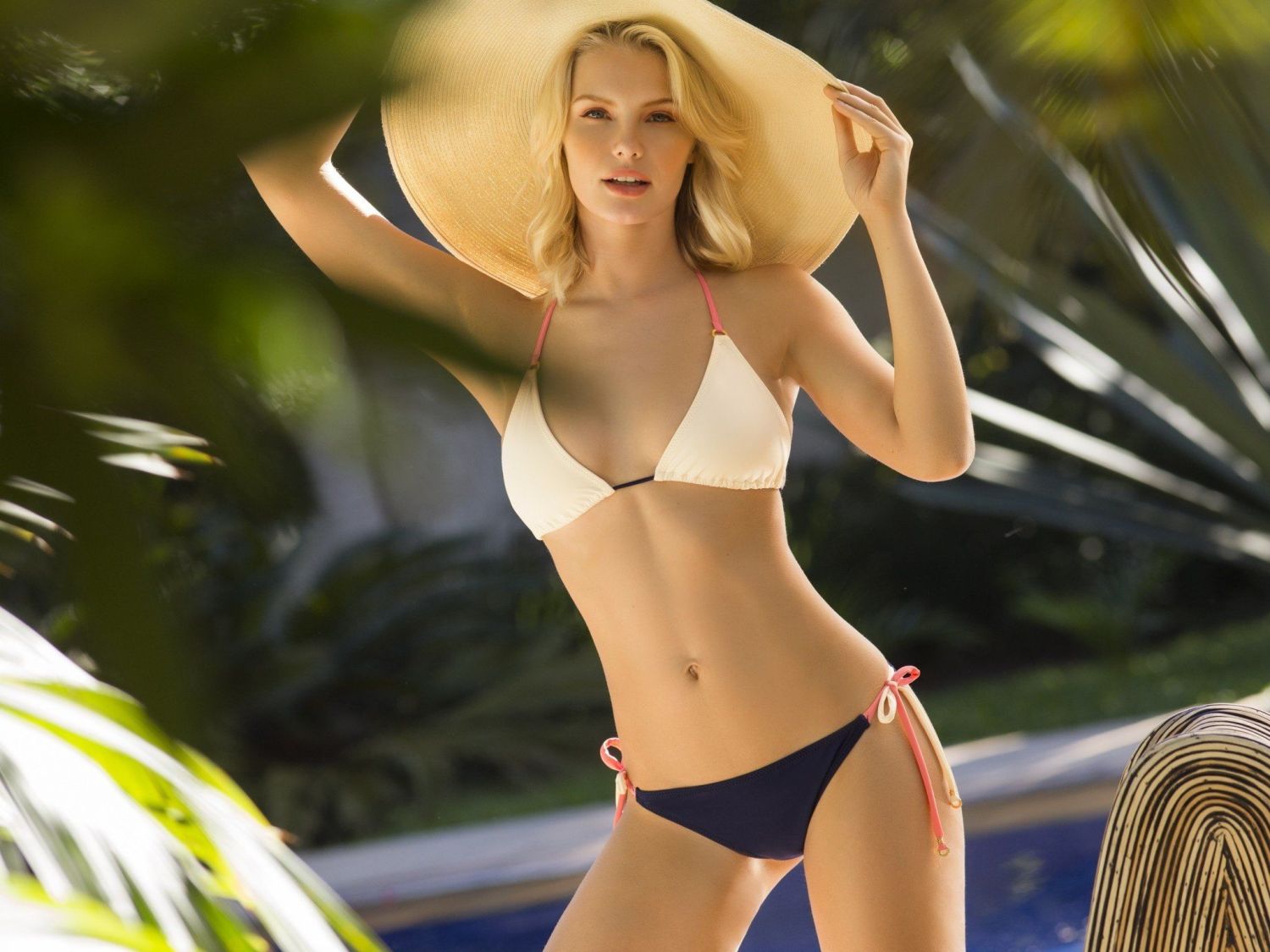 Two old ladies are walking through a museum and got separated. When they ran into each other later, the first old lady said to the second, "Oh my! Did you see that statue of the naked man back there?" The second old lady replied, "Yes! I was absolutely shocked! How can they display such a thing?

My gosh, the penis on it was so large!" Whereupon the first old lady accidentally blurted out, "...Yeah, and cold, too!" 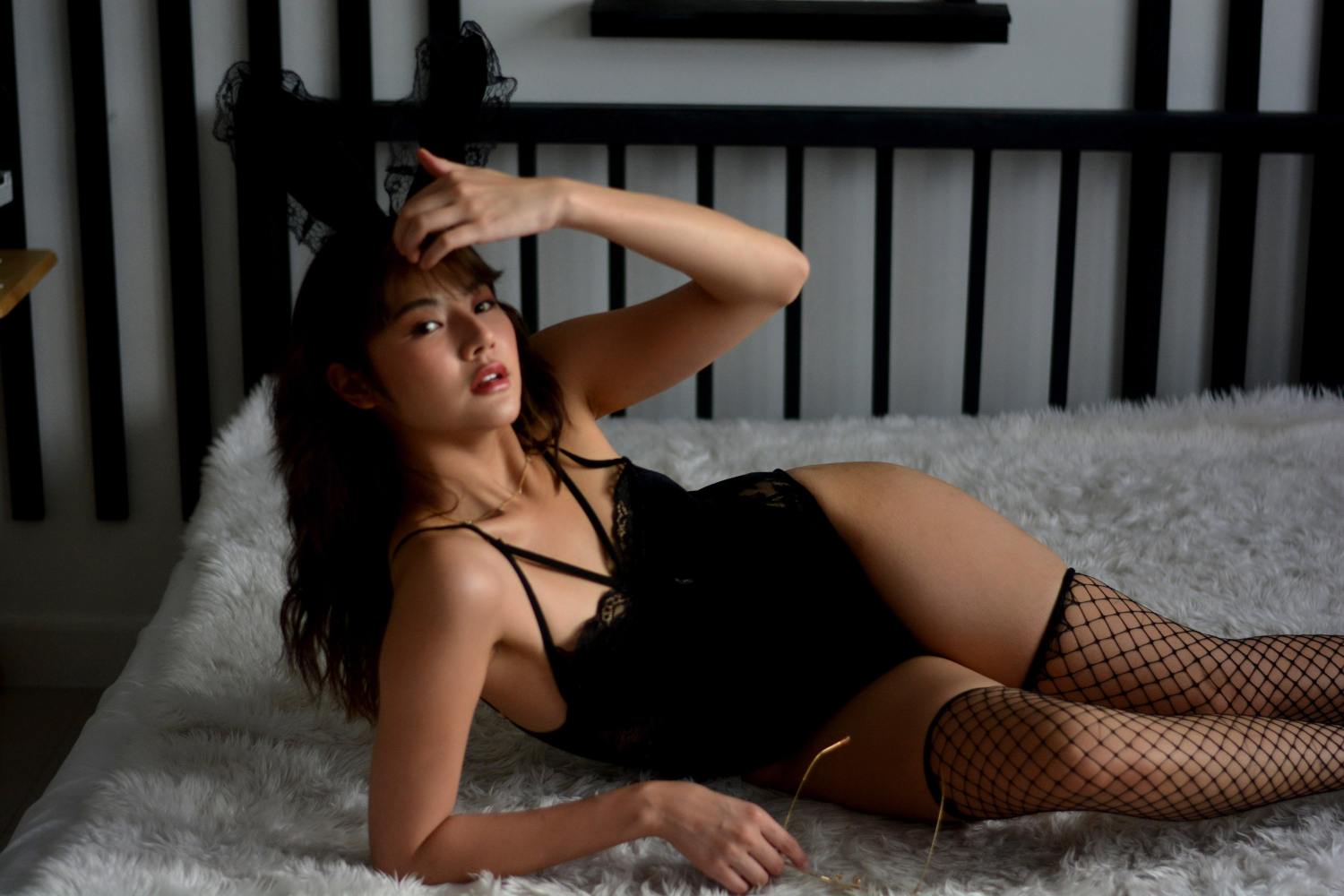 A man walks into a bar and says loudly, "Bartender, six shots!" The bartender looks at him and says, "Wow, six shots. What's the occasion?"

The man replies, "First bl*wjob!" The bartender then pours him a seventh shot and says, "Congrats, man, this one is on me."

The man then says, "Man, if six shots can't get the taste out of my mouth, I don't know what will!" 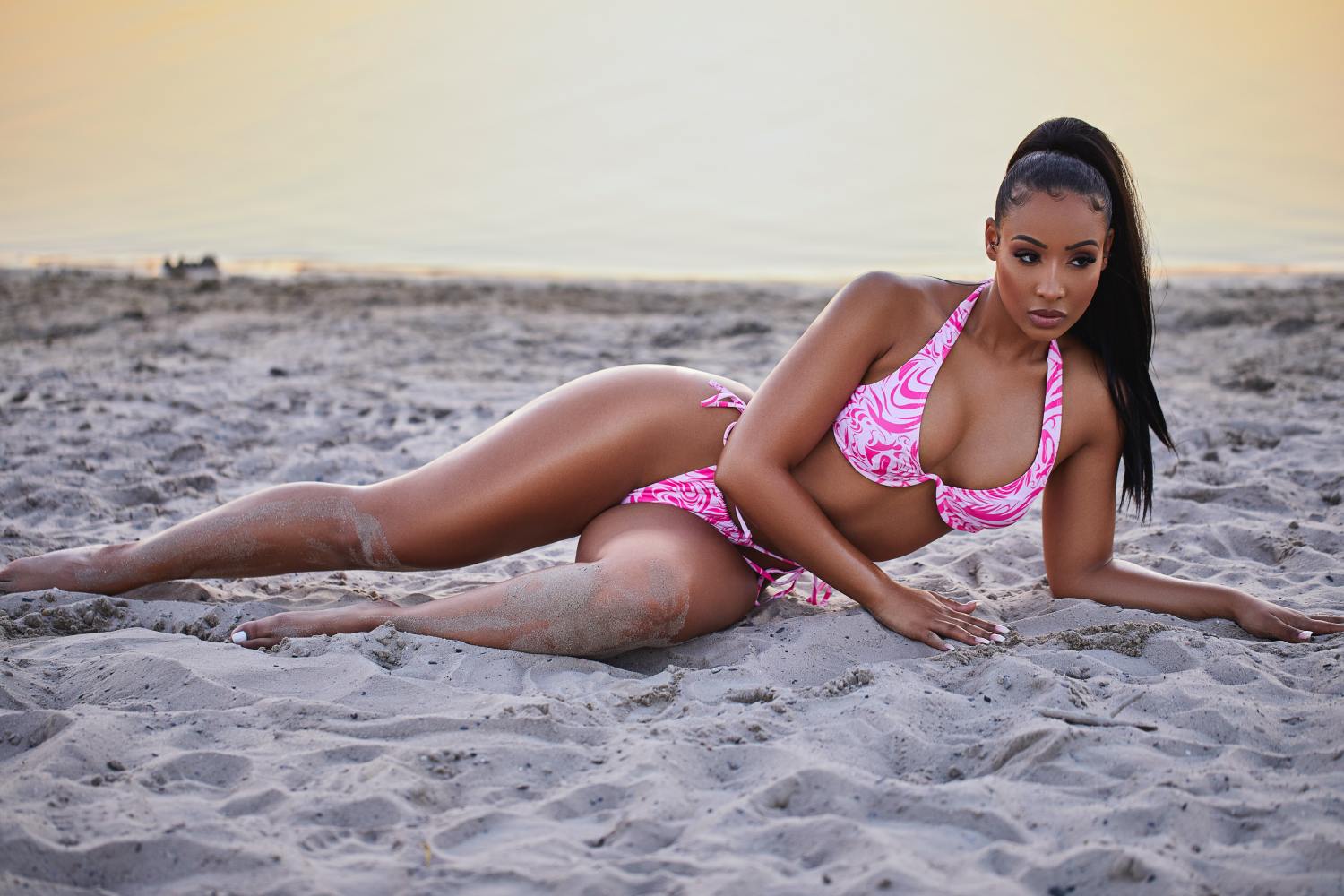 A woman arrives home from work, and her husband notices she's wearing a diamond necklace. He asks his wife, "Where did you get that necklace?" She replies, "I won it in a raffle at work. Go get my bath ready while I start dinner."

The next day, the woman arrives home from work wearing a diamond bracelet. Her husband asks, "Where did you get the bracelet?" She replies, "I won it in a raffle at work. Go get my bath ready while I start dinner."

The next day, her husband notices she arrives home from work wearing a mink coat. He says, "I suppose you won that in a raffle at work?" She replies, "Yeah, I did! How did you guess? Go get my bath ready while I start supper." Later after supper, she goes to take her bath, and she notices there is only one inch of water in the tub. She yells to her husband, "HEY! There's only an inch of water in the tub."

He replies, "I didn't want you to get your raffle ticket wet." 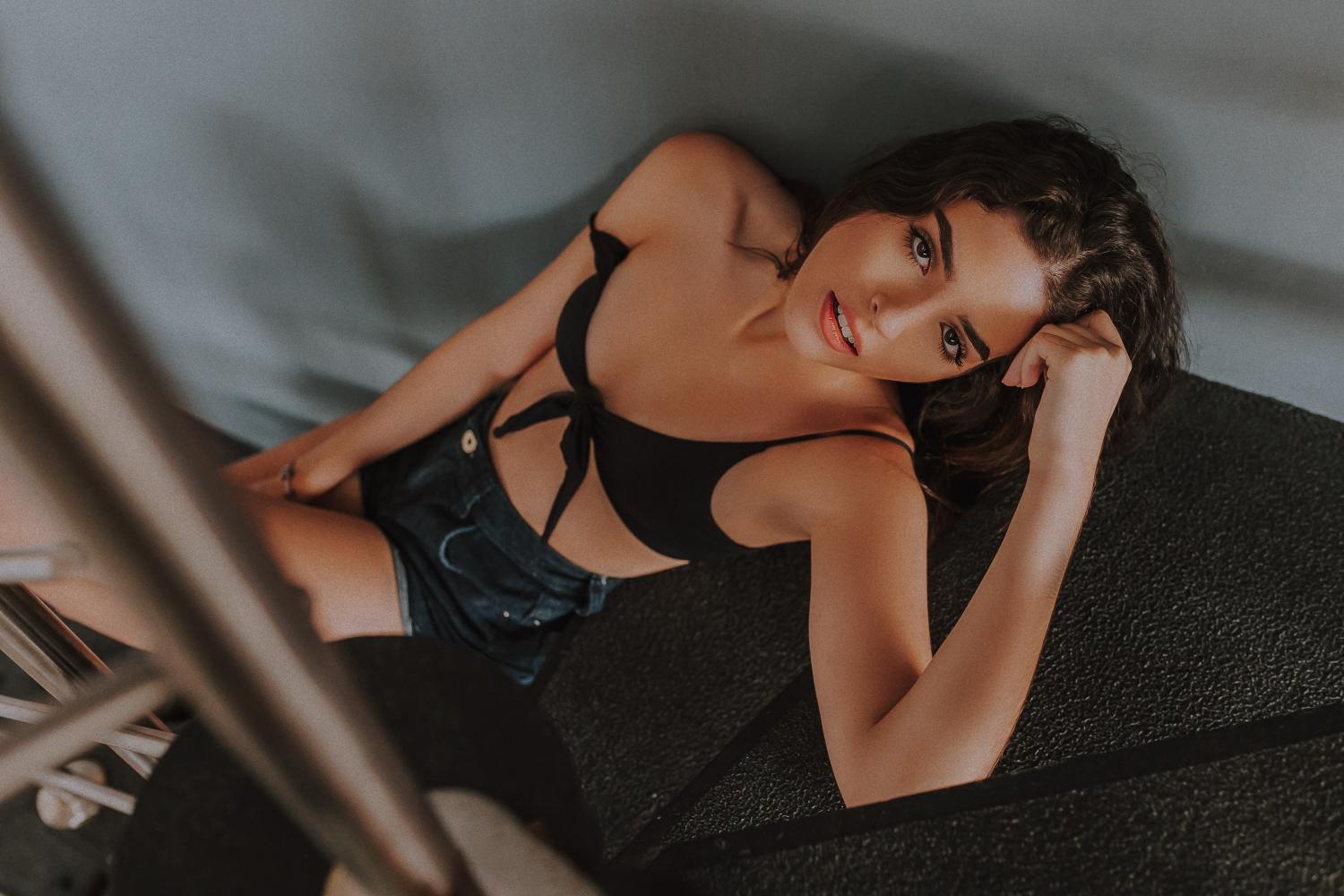 "What a coincidence!" said the farmer. As they clinked glasses, he added, "What are you celebrating?" "My husband and I have been trying to have a child, and today my gynecologist told me that I am pregnant!"

"What a coincidence!" said the man. "I'm a chicken farmer, and for years all of my hens were infertile, but today they are all laying fertilized eggs."

"That's great!" said the woman, "How did your chickens become fertile?" "I used a different c**k," he replied. The woman smiled, clinked his glass, and said, "What a coincidence!" 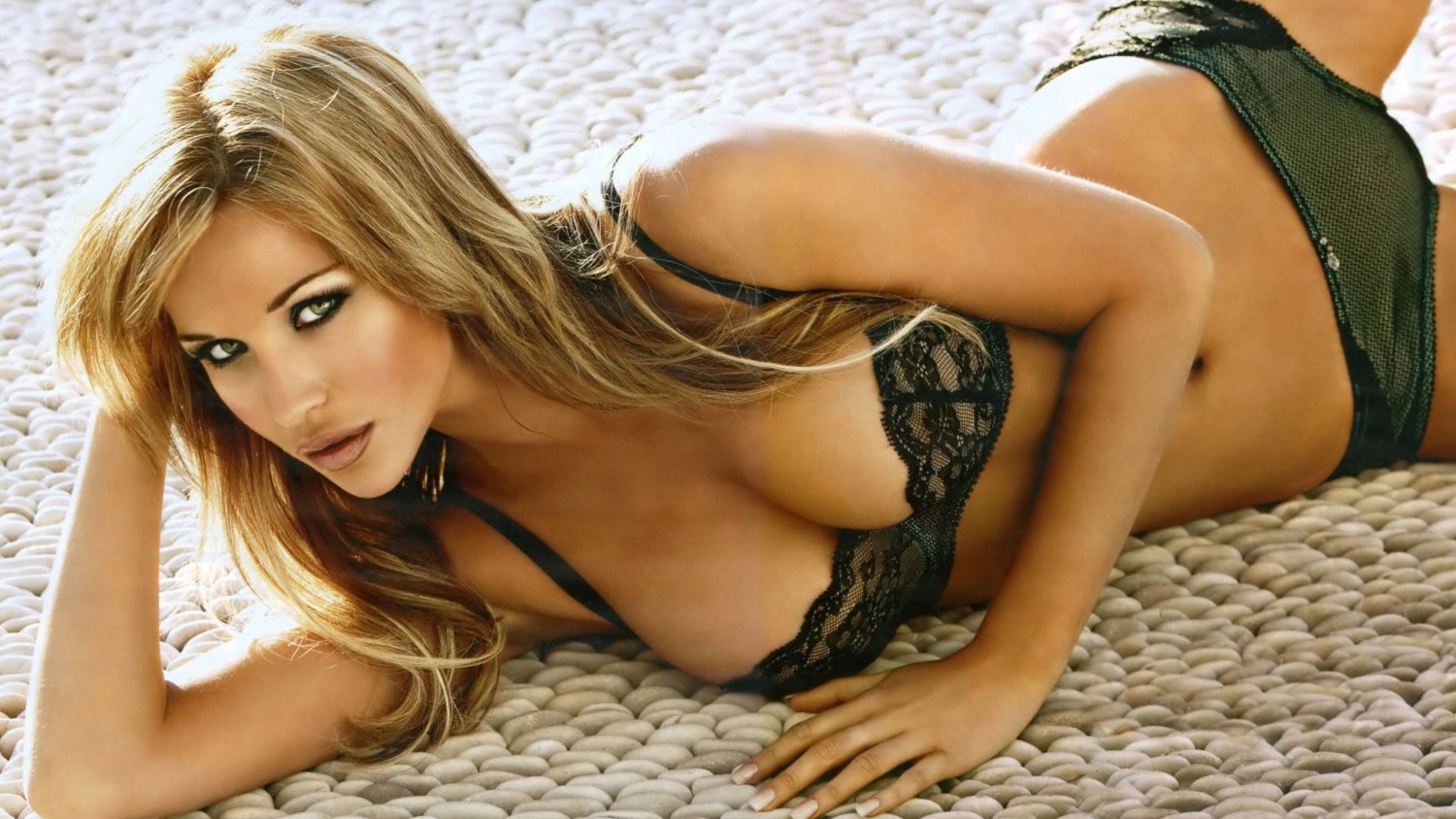 An FM station has a competition where they ring someone up and ask three personal questions. Then they ring their spouse or partner and ask the same three questions. If the answers are the same, the couple wins a holiday to Bali. Last week the competition went like this:

Presenter: "Now, Sharelle, we're going to ask you the same three questions we asked Brian, and if you give the same answers, you win a trip for two to Bali."

"Next question. How long did it go for Sharelle?" Sharelle: (giggling) "About 12, maybe 15 minutes." Co-Presenter: "That's close enough...Brian was just being a gentleman." Presenter: "Okay, Sharelle — final question."

Radio Silence — Advertising Presenter: "Sorry if anyone was offended before, we're going live here, and sometimes these things happen. We've given Brian and Sharelle the holiday. Now we'll take a music break." 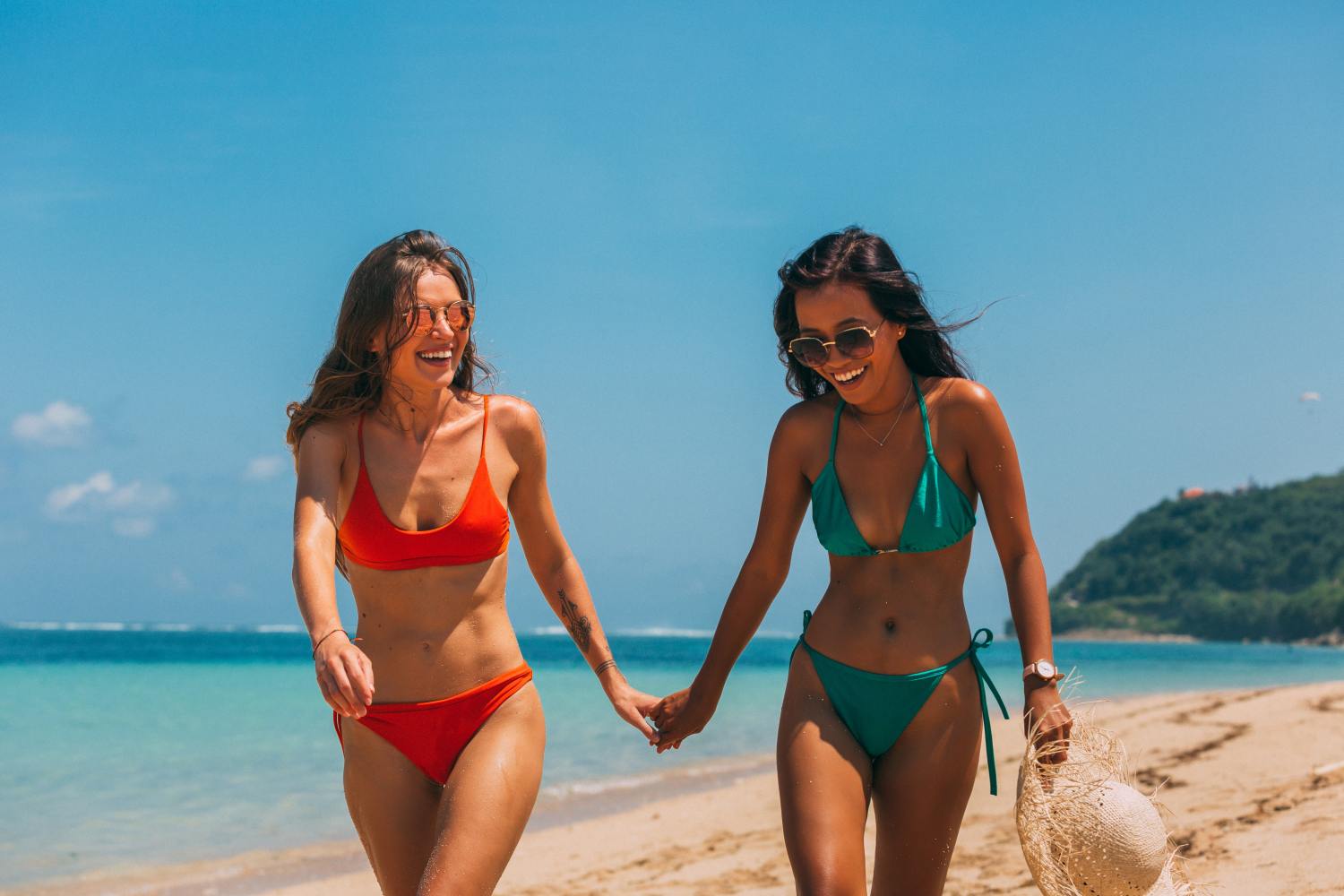 Three old men were sitting around talking about who had the worst health problems.

The ninety-year-old said, "You guys think you have problems! Every morning at 7:30, I piss like a racehorse, and at 8:30, I shit like a pig. The trouble with me is, I don't wake up till eleven." 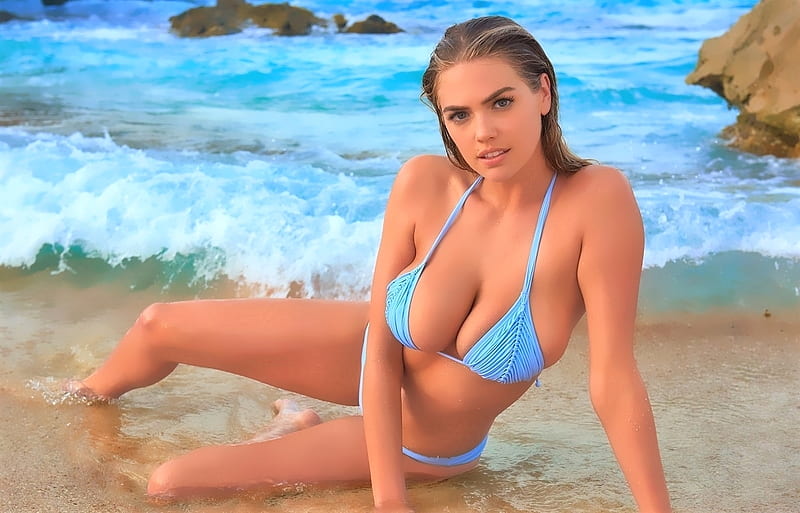 One day a man was hiking down an old dirt road when he noticed, down an embankment, a man tied naked, face down to a large fallen tree.

The hiker ran down to the man and, while removing his backpack, asked, "What happened to you?" The tied-up man began to tell him, "I picked up a hitchhiker, and a few miles down the road, he held me up. He told me to pull over, and he took my car, my money, and all of my clothes. Then he tied me up to this tree."

The hiker unzipped his fly and said, "Boy, this just isn't your day, is it?" 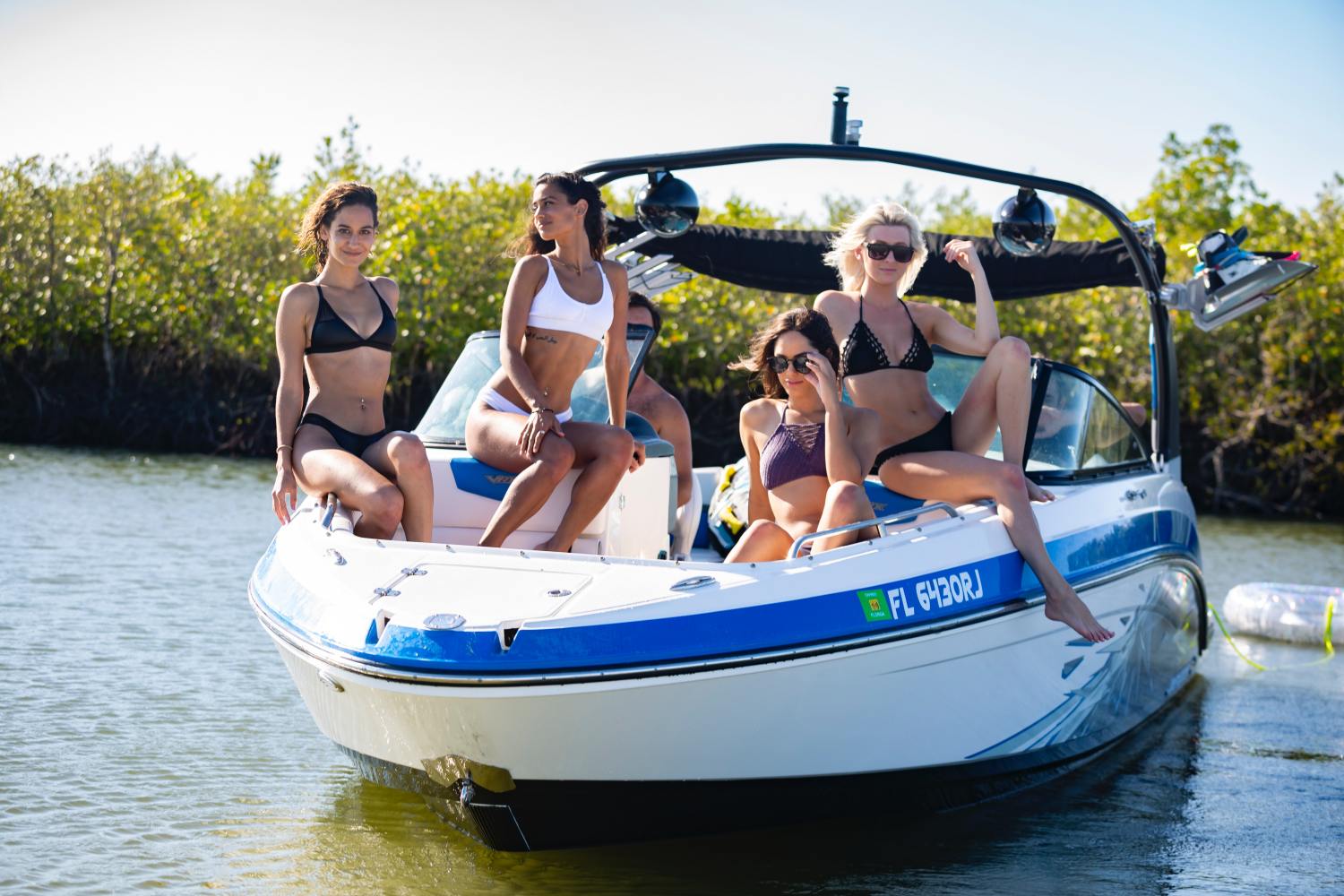 There once was a farmer who was raising three daughters on his own. He was very concerned about their well-being and always did his best to watch out for them. As they entered their late teens, the girls dated, and on this particular evening, all three of his girls were going out on a date. This was the first time this had occurred.

As was his custom, he would greet the young suitor at the door holding his shotgun, not to menace or threaten but merely to ensure that the young man knew who the boss was.

The doorbell rang, and the first of the boys arrived. Father answered the door, and the lad said, "Hi, my name's Joe, I'm here for Flo. We're going to the show, is she ready to go?" The father looked him over and sent the kids on their way.

The next lad arrived and said, "My name's Eddie, I'm here for Betty, we're gonna get some spaghetti, is she ready?" Father felt this one was okay, too, so the two kids went off. 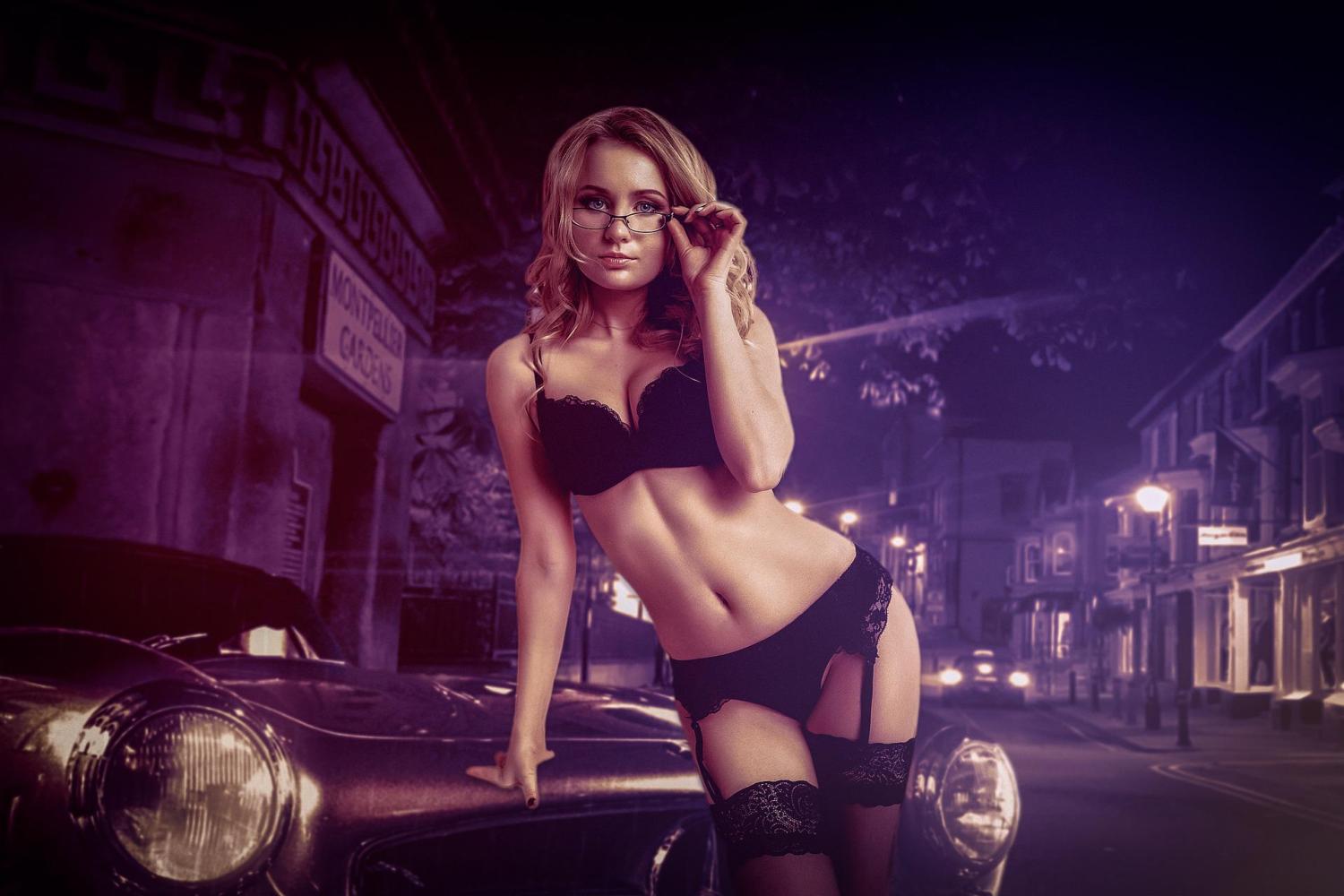 Every day a male co-worker walks up very close to a lady at the coffee machine, inhales a big breath of air, and tells her that her hair smells nice.

After a week of this, she can't stand it anymore, takes her complaint to a Supervisor in the personnel department, and asks to file a sexual harassment grievance against him. The Human Resources supervisor is puzzled and asks:

"What's threatening about a co-worker telling you your hair smells nice?"

The woman replies: "It's Frank, the midget." 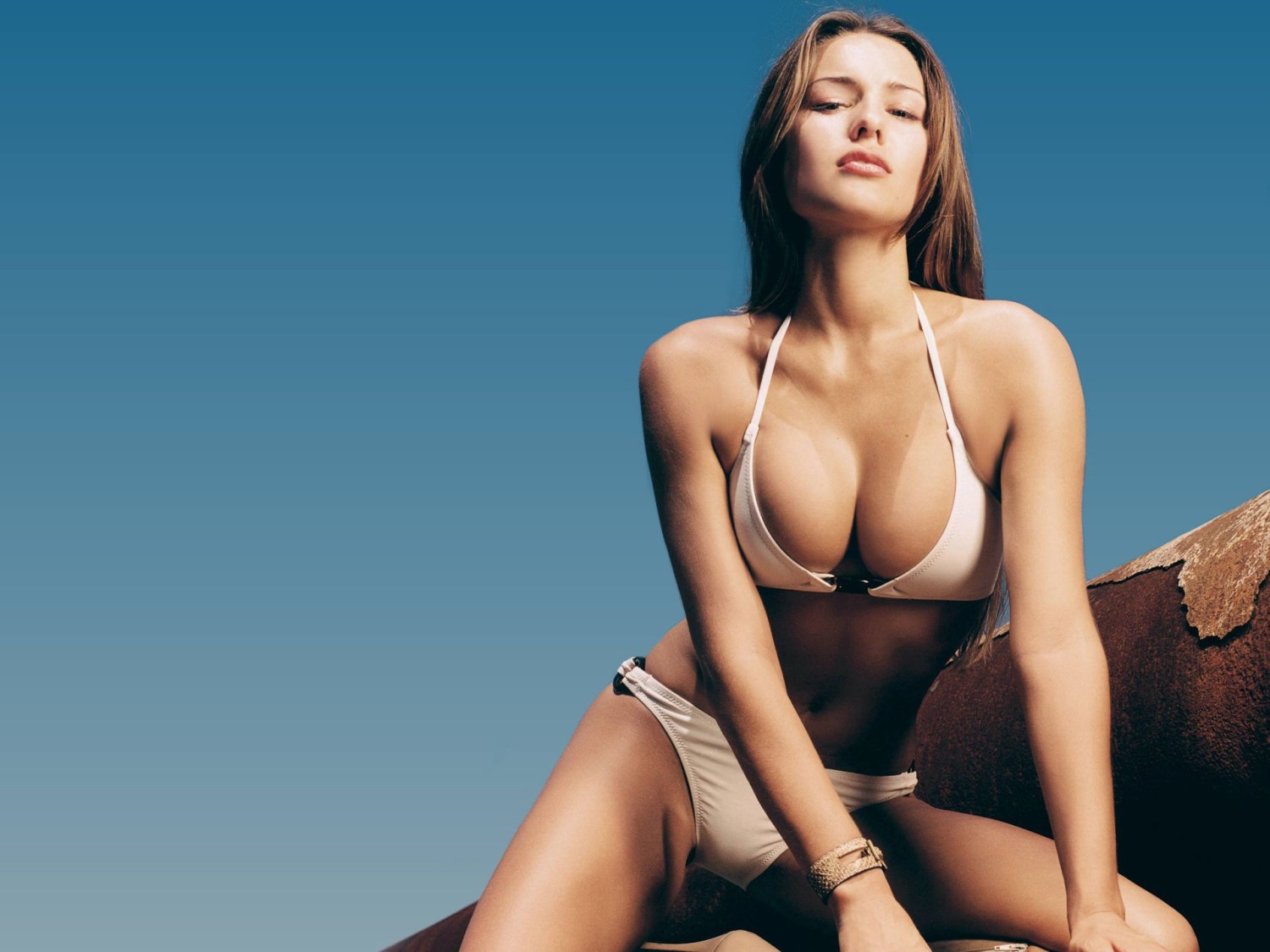 The following morning, the old geezer wakes up and discovers he has crabs. So, he gets dressed and heads down to where he had been the night before.

He notices the same hooker on the street corner, so he marches over to her and says, "Hey, lady, you gave me crabs!" The hooker replies, "Hey, old man, what did you expect for $10? Lobster?" 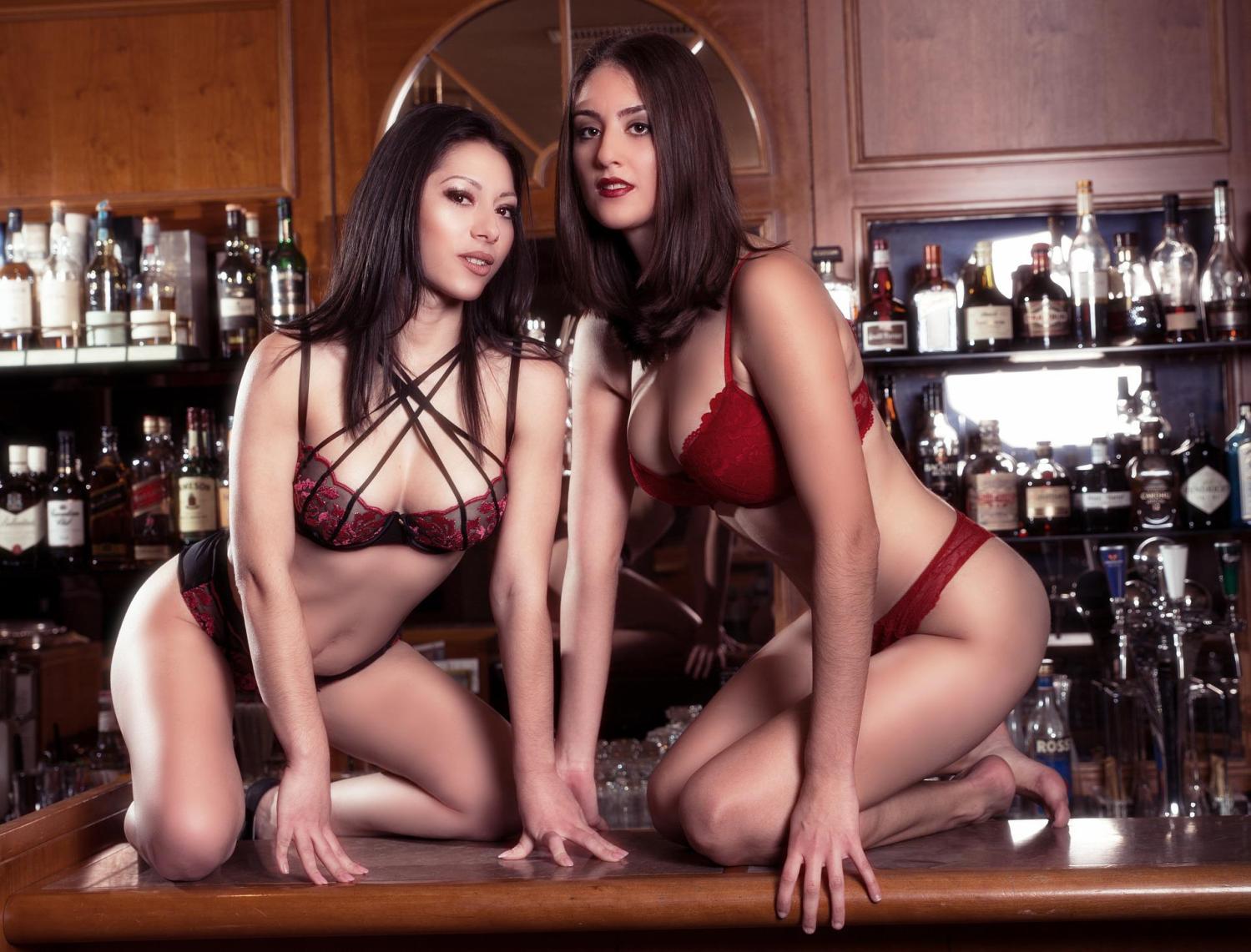 A drunk guy is sitting at a bar by himself one night and throws up all over the front of his shirt. "Oh great, my wife is going to kill me," he mumbles to himself.

Completely inebriated, the drunk man thanks his new friend and puts a twenty in his shirt pocket, and heads for home.

As soon as he walks through the front door, his wife becomes irate and starts yelling at him, "Where have you been? You're completely drunk, and you're a mess. Look at yourself. You puked all over the front of your shirt." Completely wasted and slurring his words, he explains to the wife:

"No, no, the guy sitting next to me threw up on my shirt, and he gave me $20 to get it cleaned. Look, it's right here in my shirt pocket." The wife reaches into his pocket and pulls out the money, "There's $40 in here." "Oh yeah, he shit in my pants too." 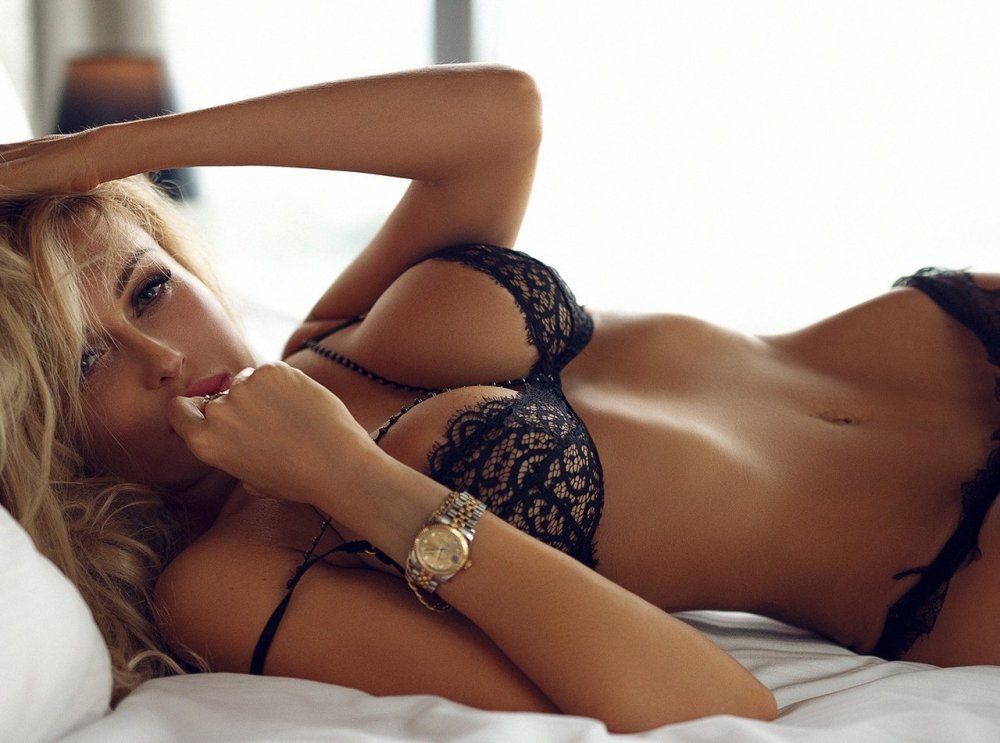 Andy and Annie are watching one of those television preachers on TV one night.

The preacher faces the camera and announces, "My friends, I'd like to share my healing powers with everyone watching this program. Place one hand on top of your TV & the other hand on the part of your body which ails you, and I will heal you."

Annie has been having terrible stomach problems, so she places one hand on the television and her other on her stomach. Meanwhile, Andy approaches the television, placing one hand on top of the TV and his other hand on his groin.

With a frown, Annie says, "Andy, he's talking about healing the sick, not raising the dead."