They say an apple a day keeps the doctor away. The same can be said for a daily dose of laughter. So we have done our best to ensure you stay healthy by starting your day with many laughs.

Enjoy the bushel of dirty jokes we picked for you today. 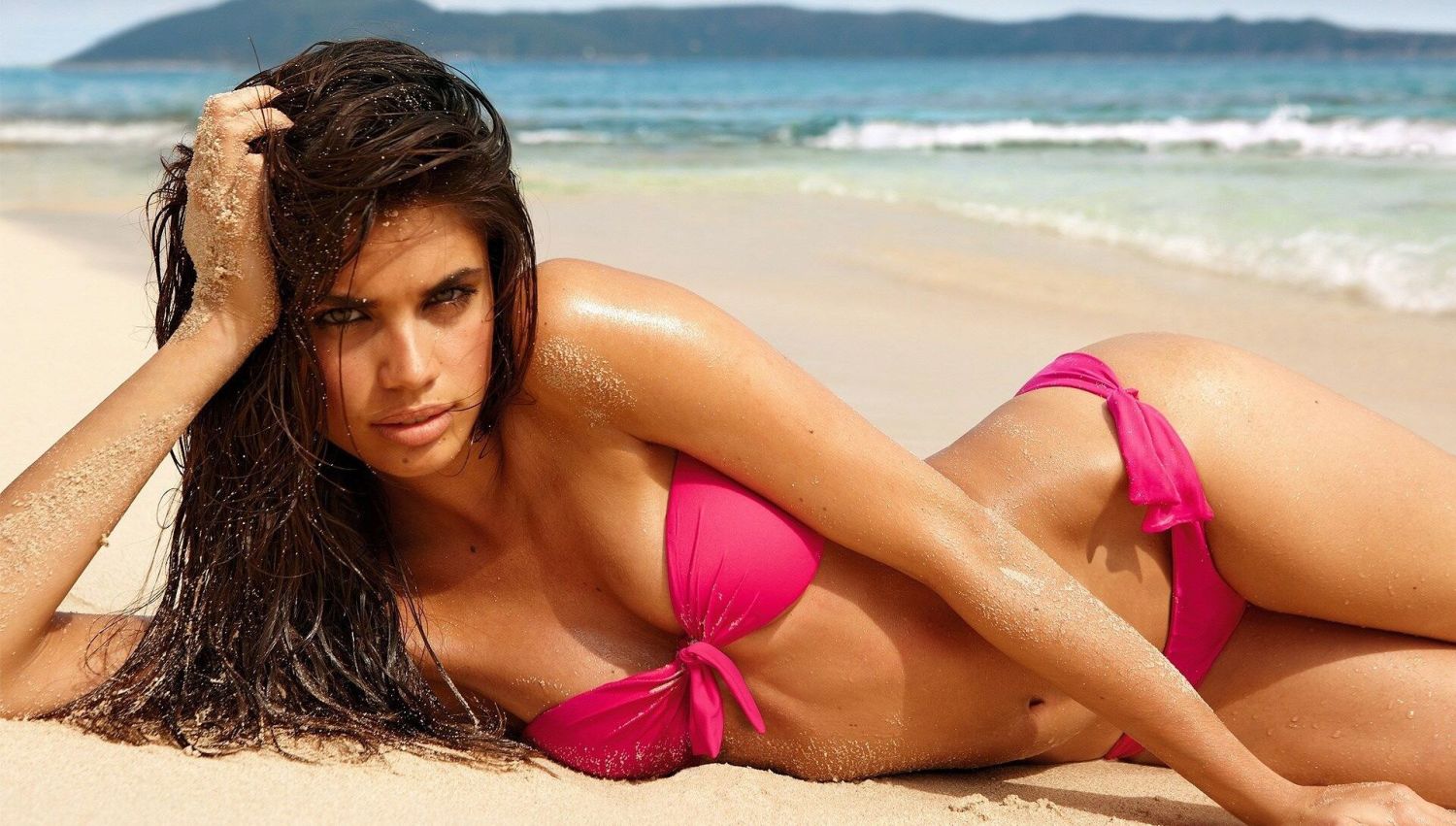 A man walks into a bar and orders a rum and coke, but the bartender hands him an apple.

"What the hell is this? I ordered a rum and coke," the guy protests.

"Just take a bite of the apple," says the bartender. So, the guy bites the apple, and his eyes light up.

"Hey, this apple tastes just like rum! What did you soak it in it?"

The bartender tells him, "Turn it around." So the guy does, takes another bite, and is suddenly quite pleased.

Another man approaches the bar and asks the bartender for a gin and tonic. The bartender hands him an apple.

Confused, the man begins to question the validity of the bartender when the first guy reassures him, "Buddy, try the apple," and with a nod to his own, he takes another bite.

The second man follows suit and looks back at the bartender in exclamation, "Tonic! What's this, a tonic apple?"

The bartender swirls his finger in the air and tells the man, "Turn it around..."

The man has a bite from the other side of the apple and is exuberant. "It's gin! It's really gin! A gin and tonic apple!"

The two men reveled in this discovery for a while when a dwarf walked up to the bar, made his way onto a stool beside the men, and beckoned for the bartender. As he's about to order, the second man interrupts him, "Oh, hey man, wait! You should order an apple! You can get an apple that tastes like anything you want here! I've got a gin and tonic apple, and this guy's got a rum and coke apple!"

The dwarf casts an incredulous look at the bartender, who nods back in confirmation.

"Oh yeah?" He starts, "OK then, it's been a while, gimme a pussy flavored apple!"

And the bartender hands him an apple.

The dwarf takes a big bite from the apple and immediately spits it out all over the bar.

"Ughyuuk!!" He cries out, "This apple tastes like shit!"

The bartender swirls his finger in the air and tells him, "Turn it around..." 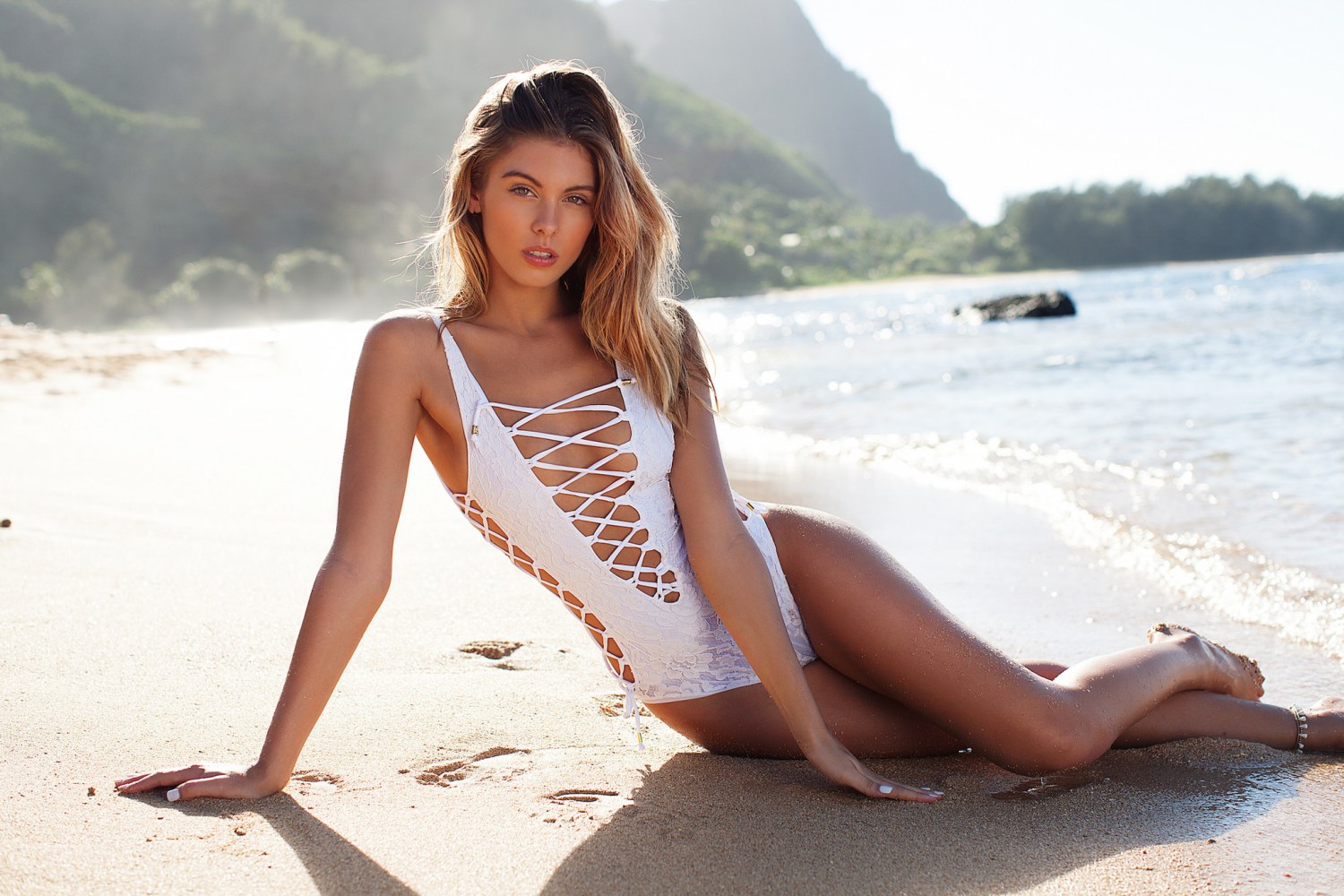 Two men were shipwrecked on an island. They decided to venture inland to see if they could find someone. The men came across a village in the middle of a jungle. Immediately, they were surrounded by a tribe of islanders.

The chief walks to the men and says, " What do you choose, Death or Boogaloo?" The first man thinks for a second and replies, "I choose Boogaloo."

The second man is horrified at what he has just witnessed, and then the chief walks up to him and asks, "You must choose Death or Boogaloo"?

The man thinks he would rather die than have boogaloo, so he replies, "I choose death."

The tribe roars in ecstasy, and the chief yells, "Death by boogaloo!!!" 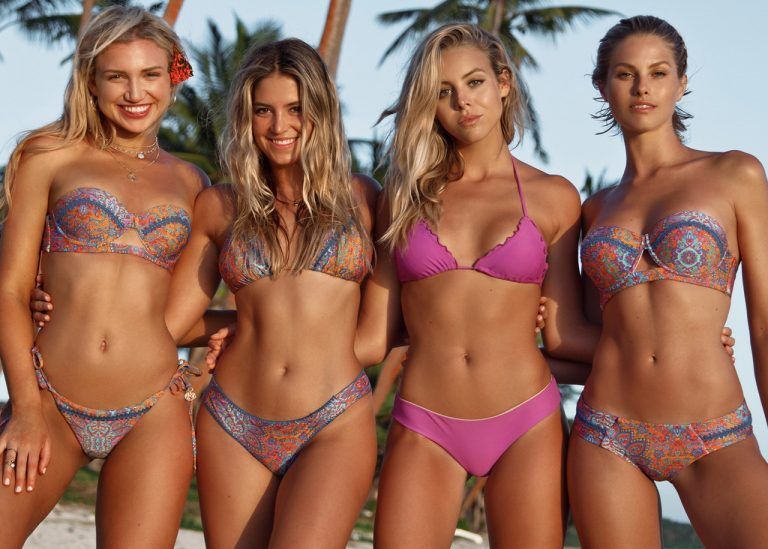 There was a robbery at a bank, and a pregnant lady got shot in the stomach three times.
After the robbery, she went to the doctor and asked him whether the triplets would be OK. The doctor says yes but in 15 years, the bullets will come out.

Fifteen years later...
A 15-year-old runs up to his mom and says, "Mom, I was pooping, and a bullet clinked the side of the toilet." The mother is confused at first, then remembers and tells him the story.

Later that day, another child goes up to mum and says, "Mom! I was peeing, and a bullet came out!" So the mother tells the story.

The 3rd child comes up very slowly with his head bent down, and the mom says, "Lemme guess you were pooping, and a bullet came out?" 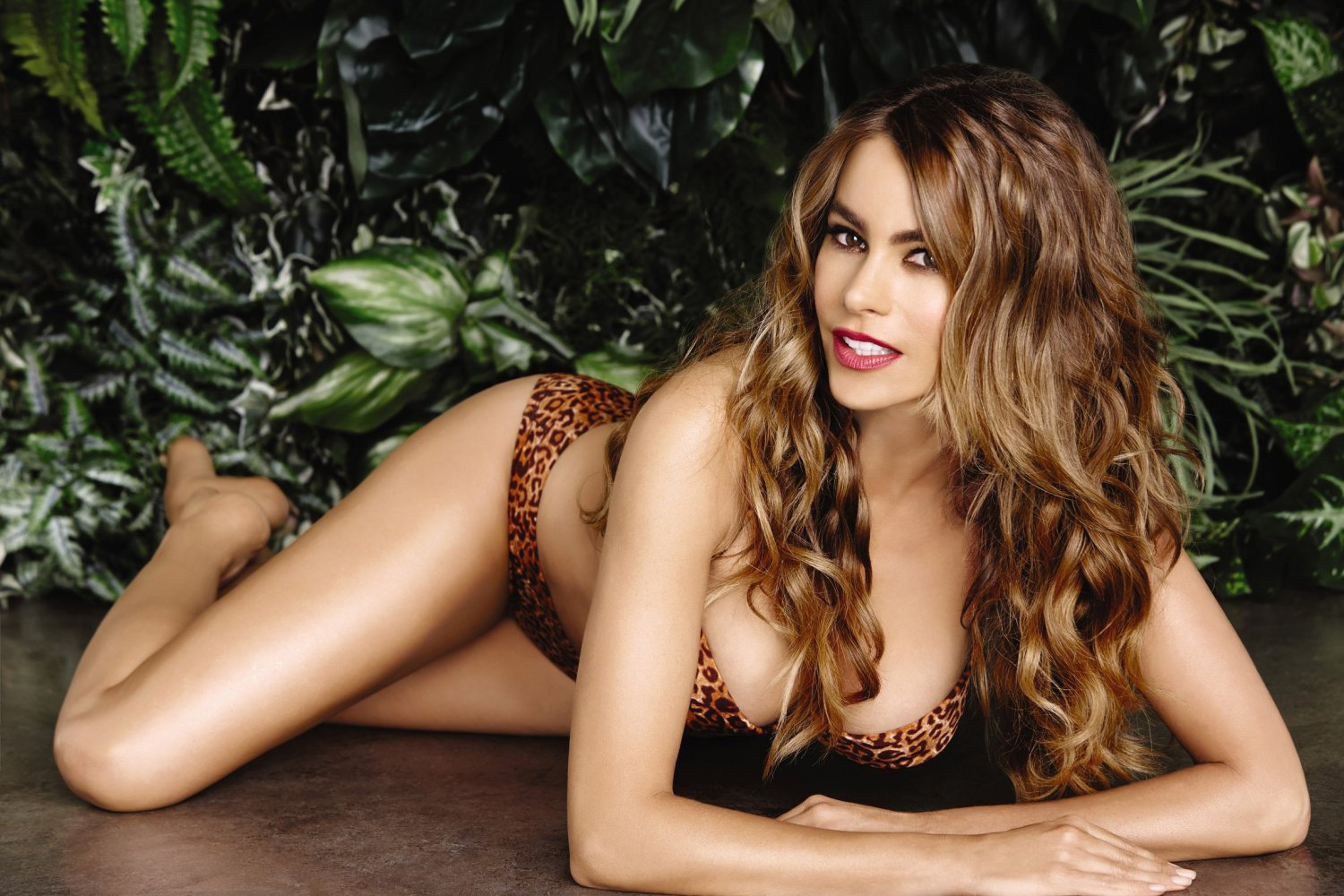 A panda walks into a bar. He asks the bartender how he can get a little action for the night. The bartender motions to a young woman. She talks to the panda, and they go back to her place. After having sex, the panda abruptly leaves.

The next night, the woman goes to the panda's house. "You owe me money," she says. "For what?" The woman rolls her eyes and explains, "I'm a prostitute." The panda pulls out a dictionary and looks it up: "Prostitute: Has sex for money." The panda says, "I don't have to pay you. I'm a panda. Look it up."

She is about to protest when the panda hands her the dictionary. The woman looks up "panda" in the dictionary, and it reads, "Panda: Eats bush and leaves."

The Farmer in the Bar 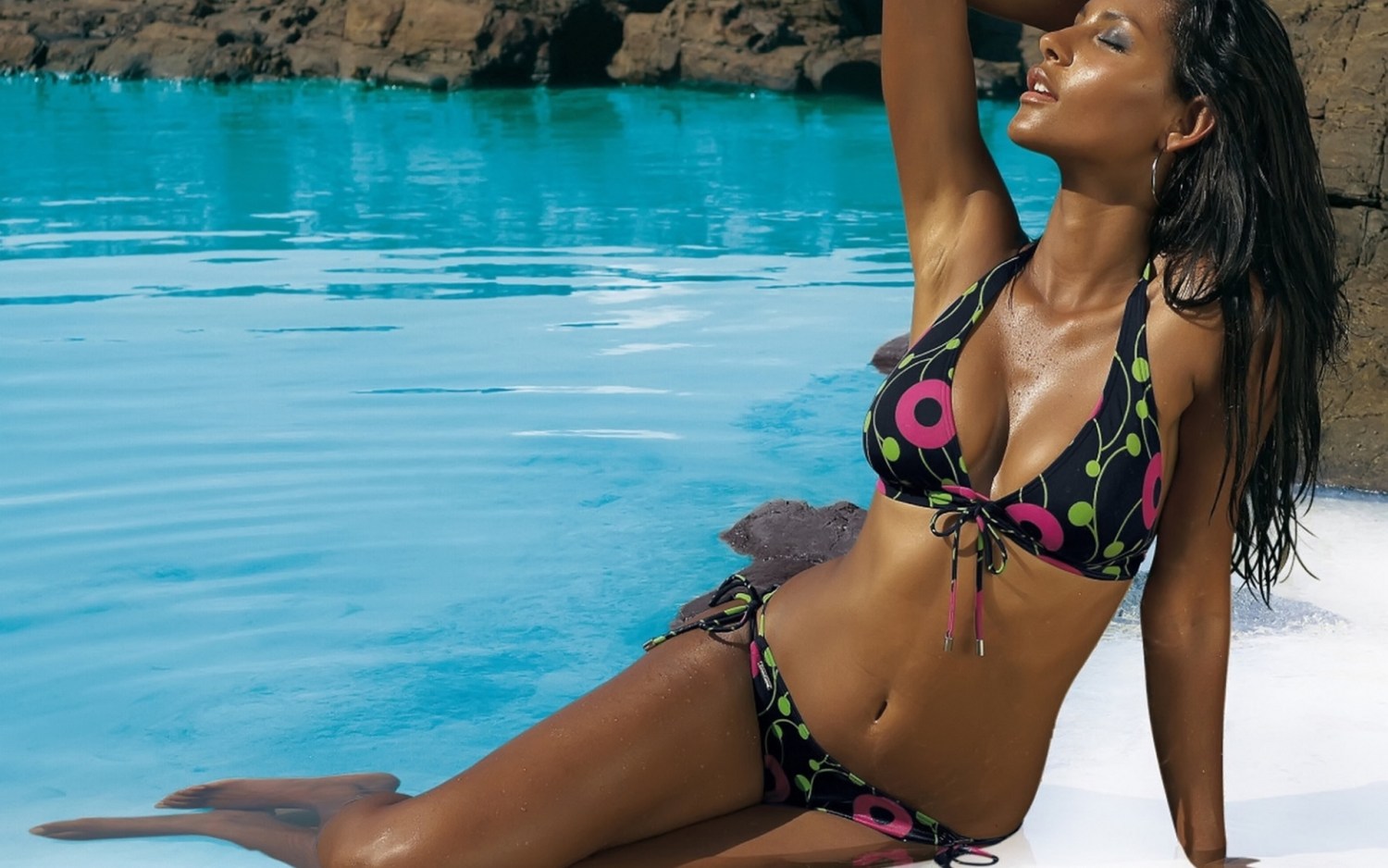 A farmer was sitting in the neighborhood bar getting drunk.

A man came in and asked the farmer, "Hey, why are you sitting here on this beautiful day, getting drunk?"

The farmer shook his head and replied, "Some things you just can't explain."

"So what happened that's so horrible?" the man asked as he sat down next to the farmer.

"Well," the farmer said, "today I was sitting by my cow, milking her. Just as I got the bucket full, she lifted her left leg and kicked over the bucket."

"Some things you just can't explain," the farmer replied.

"So what happened then?" the man asked.

The farmer said, "I took her left leg and tied it to the post on the left."

"Well, I sat back down and continued to milk her. Just as I got the bucket full, she took her right leg and kicked over the bucket."

The man laughed and said, "Again?"

The farmer replied, "Some things you just can't explain."

"I took her right leg this time and tied it to the post on the right."

"Well, I sat back down and began milking her again. Just as I got the bucket full, the stupid cow knocked over the bucket with her tail."

"Hmmm," the man said and nodded his head.

"Some things you just can't explain," the farmer said.

"Well," the farmer said, "I didn't have any more rope, so I took off my belt and tied her tail to the rafter. At that moment, my pants fell down, and my wife walked in...

Some things you just can't explain." 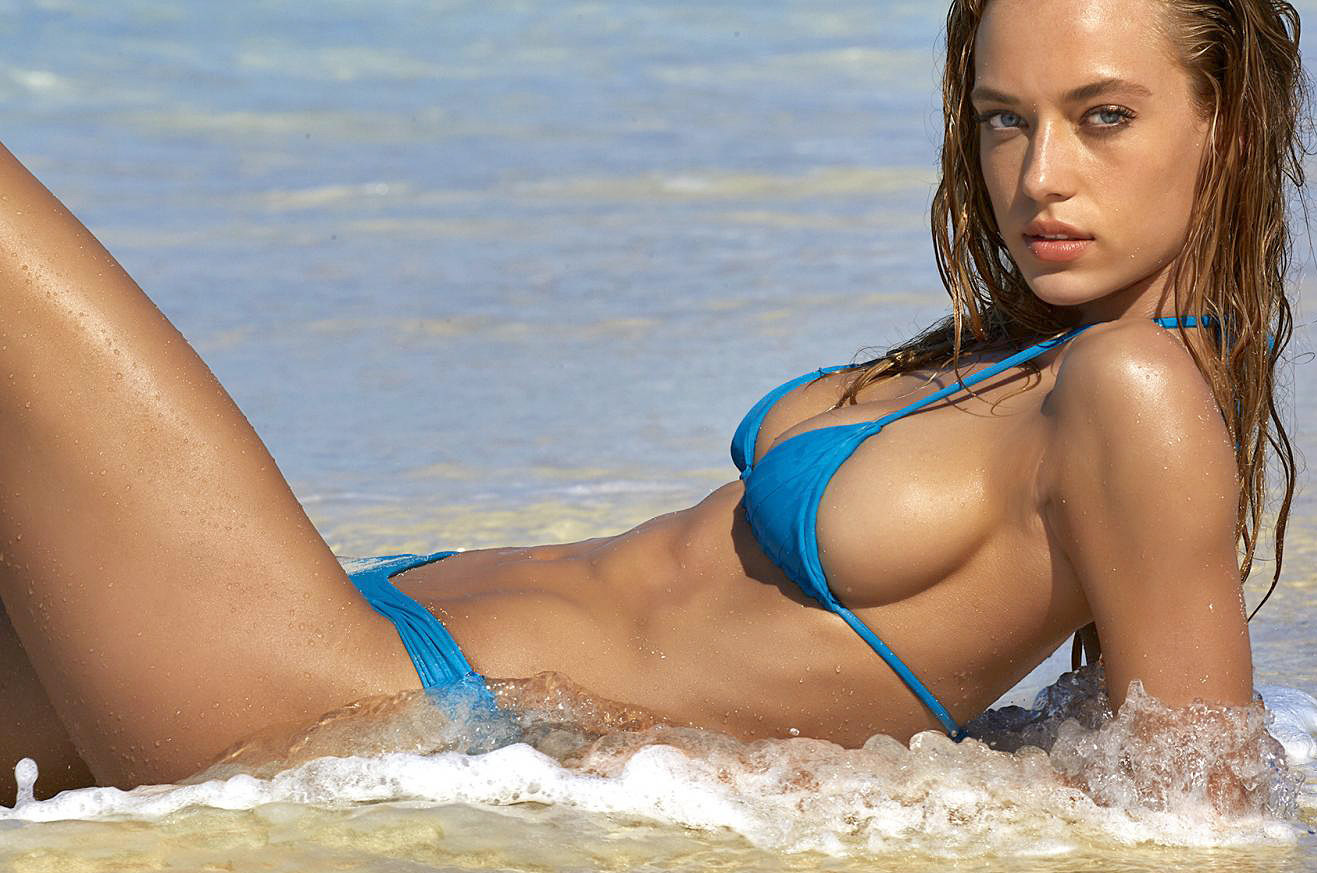 A 67-year-old man walked into a restaurant with a cat under his arm.

He sits down at a table, calls the waiter over, and orders a beer for himself and ten extra big steaks for the cat.

The waiter looks at the man with surprise and says, "What kind of cat could eat ten steaks?!?"

"Well," replies the old man, "I rescued a small fairy, and she gave me three wishes for my help.

I wished for good health and lots of money, but the last wish didn't go too well."

"Well, that damn fairy totally misunderstood me when I wished for an insatiable p*ssy…" 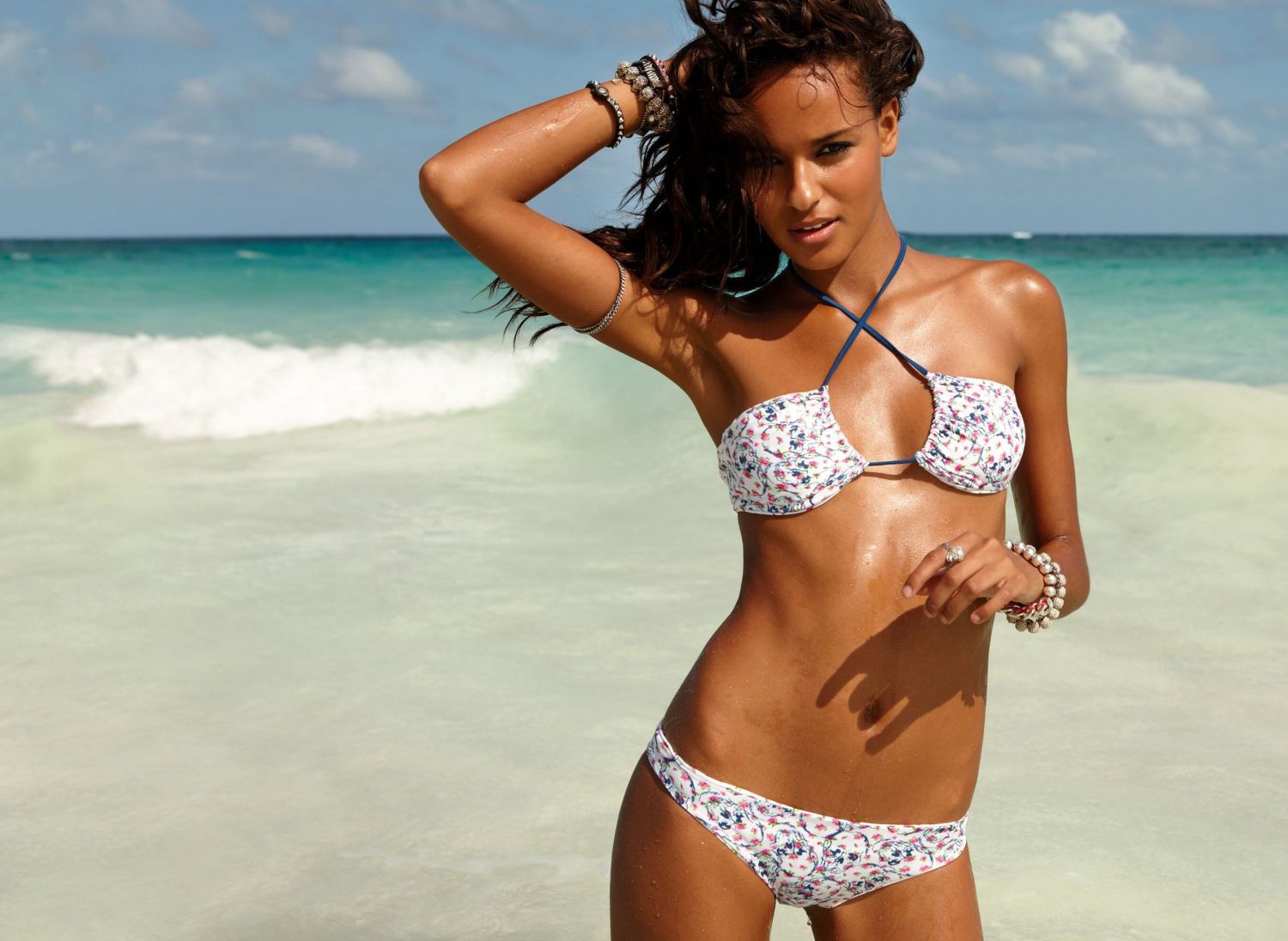 A man is browsing in a pet shop and notices a parrot sitting on a perch.

What's strange is that the parrot doesn't seem to have any feet or legs. The guy says aloud, "Sheesh, I wonder what happened to this parrot?"

The parrot says, "I was born this way. I'm a defective parrot."

"Holy cow," the guy replies, "You actually understood and answered me!"

"I got every word," says the parrot, "I happen to be a highly intelligent, thoroughly educated bird."

"Oh yeah?" the guy asks, "Then answer this – how do you hang onto your perch without any feet?"

"Well," the parrot says, "this is very embarrassing, but since you asked, I wrap my johnson around this wooden bar like a little hook. You can't see it because of my feathers."

"Wow," says the guy, "You really can understand and speak English, can't you!?"

"Actually, I speak both Spanish and English, and I can converse with reasonable competence on almost any topic: politics, religion, sports, physics, philosophy. I'm especially good at ornithology. You really should buy me. I'd be a great companion."

"Pssssssst," says the parrot, "I'm defective, so the truth is, nobody wants me cause I don't have any feet. You can probably get me for $20, just make the guy an offer!"

The guy offers $20 and walks out with the parrot.

Weeks go by. The parrot is sensational. He has a great sense of humor, he's interesting, he's a great pal, he understands everything, he sympathizes, and he's insightful.

The guy is delighted.

One day the guy comes home from work, and the parrot goes "Psssssssst" and motions him over with one wing. "I don't know if I should tell you this or not, but it's about your wife and the postman."

"What are you talking about?" asks the guy.

"When the postman delivered today, your wife greeted him at the door in a sheer black nightgown and kissed him passionately."

"WHAT???" the guy asks incredulously. "THEN what happened?"

"Well, then the postman came into the house and lifted up her nightie and began caressing her all over," reported the parrot.

"Then he lifted up her nightie, got down on his knees, and began to lick her all over, starting with her breasts and slowly going down…"

"WELL???" demands the frantic guy, "THEN WHAT HAPPENED?"

"Damned if I know. I got a hard-on and fell off my perch."