You might wonder what these all have in common? They're about to make you laugh or blush or both!

Everyone loves a good laugh, and these days, we need stress relief. So sit back and enjoy these gems we dug up for you. Hopefully, one or two of them will make you spit out your coffee. 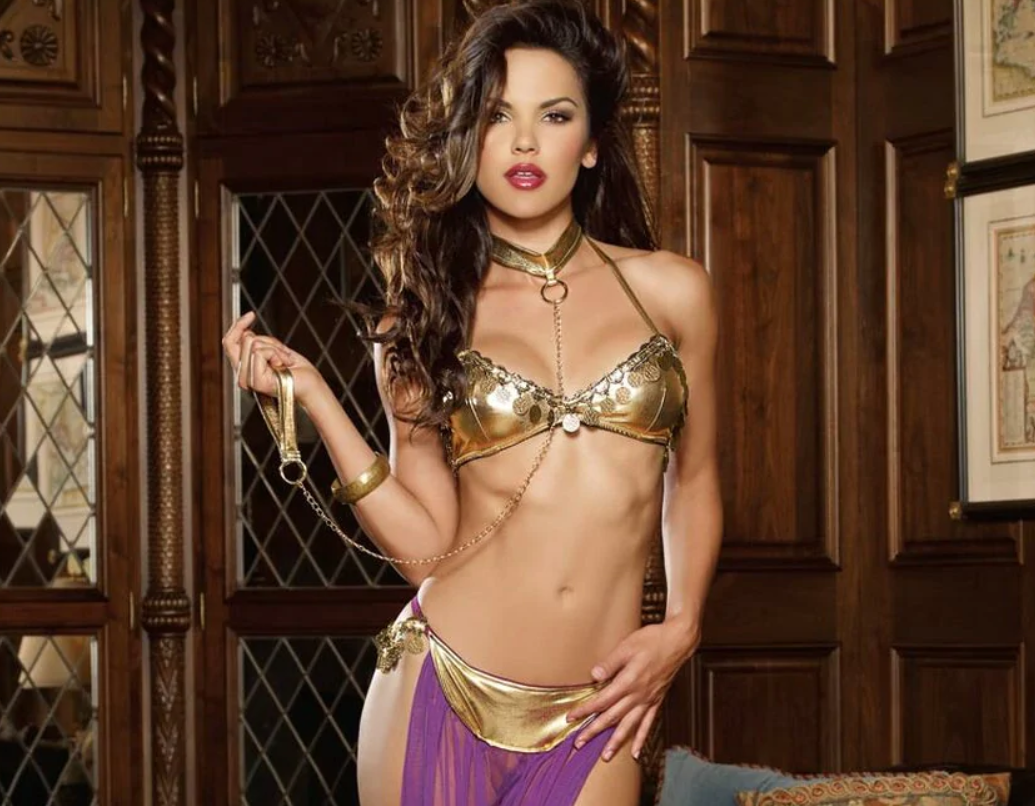 A couple was golfing one day on a very, very exclusive golf course lined with million-dollar houses.

On the third tee, the husband said, "Honey, be very careful when you drive the ball. Don't knock out any windows. It'll cost us a fortune to fix."

The wife teed up and shanked it right through the window of the biggest house on the course.

The husband cringed and said, "I told you to watch out for the houses. All right, let's go up there, apologize, and see how much this is going to cost."

They walked up and knocked on the door. A voice said, "Come on in. They opened the door and saw glass all over the floor and a broken bottle lying on its side in the foyer.

A man on the couch said, "Are you the people who broke my window?"

"Uh, yeah. Sorry about that," the husband replied.

"No, actually, I want to thank you. I'm a genie trapped inside that bottle for a thousand years. You've released me. I'm allowed to grant three wishes - I'll give you each one wish, and I'll keep the last one for myself."

"Okay, great!" the husband said. "I want a million dollars a year for the rest of my life."

"No problem - it's the least I could do. And you, what do you want?" the genie said, looking at the wife.

"I want a house in every country in the world," she said.

"Consider it done," the genie replied.

"And what's your wish, genie?" the husband said.

"Well, since I've been trapped in that bottle, I haven't had sex with a woman in a thousand years. My wish is to sleep with your wife."

The husband looked at the wife and said, "Well, we did get a lot of money and all those houses, honey. I guess I don't care."

The genie took the wife upstairs and ravished her for two hours.

After it was over, the genie rolled over, looked at the wife, and said, "How old is your husband, anyway?"

"And he still believes in genies?.. That's amazing."

A businessman was preparing to go on an extended business trip, so he thought he'd buy his wife something to keep her occupied. He went to a sex shop and explained his situation. The man there said, ' Well, I don't know that I have anything that will keep her occupied for so many weeks, except... The Magic Penis!'

The husband said, The what?

The man then pointed to the door and said, ' Magic Penis, door!'

The penis rose out of its box, darted over to the door, and started pounding away at the keyhole. The door shook wildly with vibrations, so much so that a crack began to form down the middle. Then the man said, 'Magic Penis, return to box!' The penis stopped and returned to the box.

The husband bought it and took it home to his wife.

After the husband had been gone a few days, the wife remembered the Magic Penis. She undressed, opened the box, and said, 'Magic Penis, my vagina.'

The penis shot to her crotch. It was incredible. After three mind-shattering orgasms, she became very exhausted and decided she'd had enough.

She tried to pull it out, but it was stuck. Her husband had neglected to tell her how to turn it off, so she put her clothes on, got in her car, and started for the closest hospital.

On the way, another incredibly intense orgasm made her swerve all over the road. A Police Officer saw this and immediately pulled her over. He asked for her license and then asked how much she'd had to drink.

Gasping and twitching, the woman said, 'I haven't had anything to drink, officer. You see, I've got this Magic Penis thing stuck in my crotch, and it won't stop screwing me.'

Do You Have a Pu*sy? 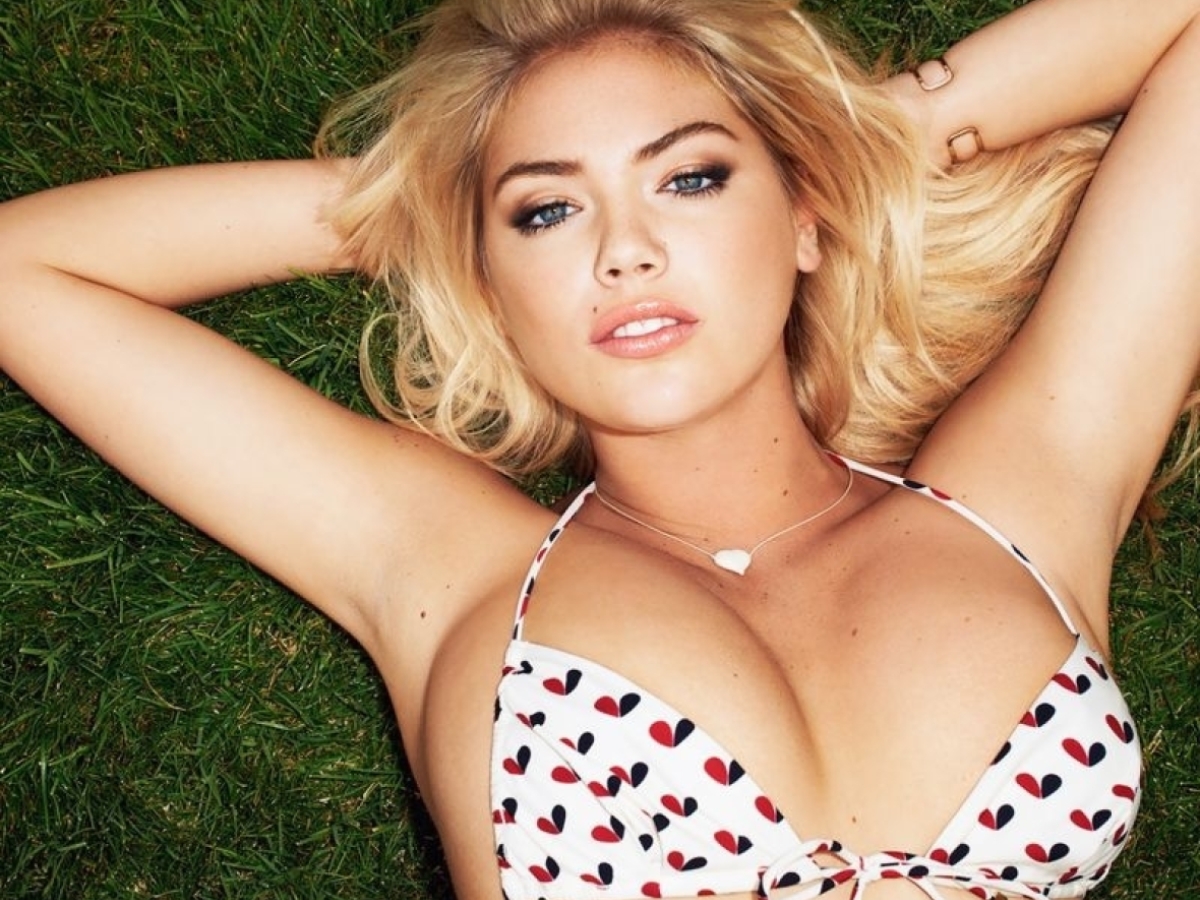 A woman is alone at home when she hears someone knock at the door. She goes to the door and opens the door to see a man standing there.

She slams the door in disgust.

The following morning she hears a knock at the door, it is the same man, and he asks the same question: "Do you have a pus*y?" She slams the door again.

Later that night, when her husband gets home, she tells him what has happened for the last two days. The husband tells the wife in a loving and concerned voice, "Honey, I am taking tomorrow off to be home just in case this guy shows up again."

The following morning they hear a knock, and both run for the door. The husband says to the wife in a whispered voice,

"Honey, I'm going to hide behind the door and listen, and if it is the same guy, I want you to answer yes to the question because I want to see where he is going with it."

She nods yes to her husband and opens the door.

Sure enough, the same fellow is standing there and asks the same question. "Do you have a pu*sy?"

The man replies, "Good! Would you mind telling your husband to leave my wife alone and start using yours?" 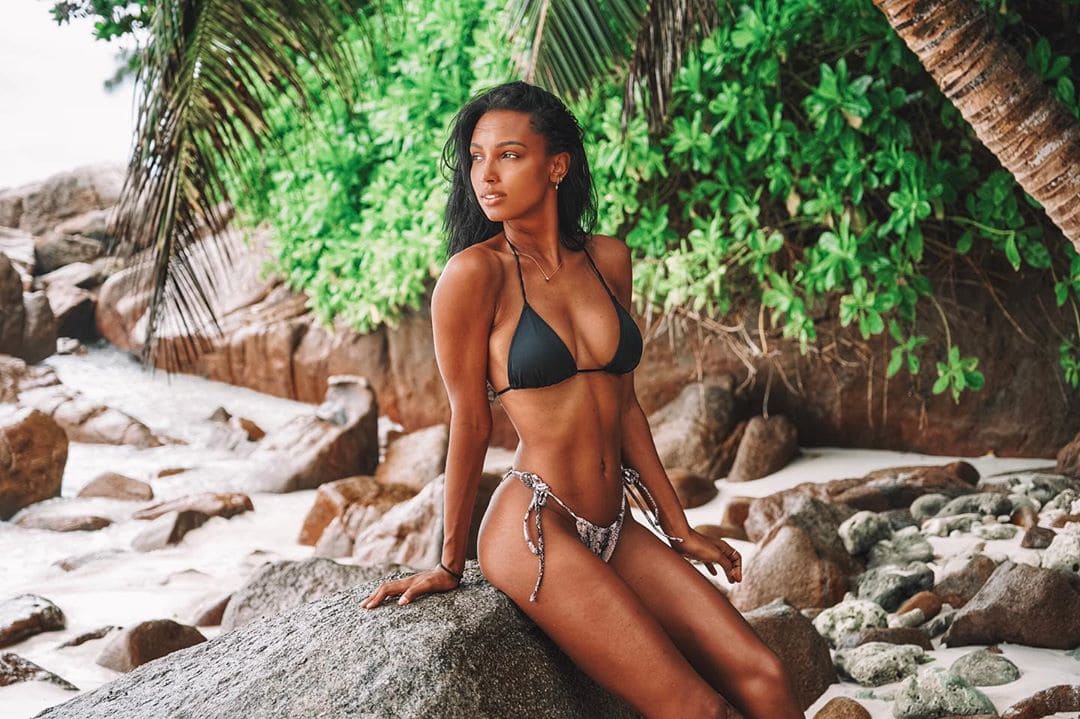 A lawyer married a woman who had previously divorced ten husbands. On their wedding night, she told her new husband, "Please be gentle, I'm still a virgin."

"What?" said the puzzled groom. "How can that be if you've been married ten times?" "Well, Husband #1 was a sales representative. He kept telling me how great it was going to be. Husband #2 was in software services. He was never really sure how it was supposed to function, but he said he'd look into it and get back to me."

"Husband #3 was from field services. He said everything checked out diagnostically, but he just couldn't get the system up. Husband #4 was in telemarketing. Even though he knew he had the order, he didn't know when he would be able to deliver it. Husband #5 was an engineer. He understood the basic process but wanted three years to research, implement, and design a new state-of-the-art method."

"Husband #6 was from finance and administration. He thought he knew how, but he wasn't sure whether it was his job or not. Husband #7 was in marketing. Although he had a nice product, he was never sure how to position it. Husband #8 was a psychologist. All he ever did was talk about it."

Little Billy came home from school to see the family's pet rooster dead in the front yard. Rigor mortis had set in, and it was flat on its back with its legs in the air. When his Dad came home, Billy mentioned:

"Dad, our rooster is dead, and his legs are sticking in the air. Why are his legs like that?" His father, thinking quickly, said, "Son, that's so God can reach down from the clouds and lift the rooster straight up to heaven."

"What do you mean?" asked his father. "Well, Dad, I got home from school early today and went up to your bedroom, and there was Mom, flat on her back with her legs in the air, screaming, 'Jesus, I'm coming! I'm coming!' If it hadn't of been for Uncle George holding her down, we'd have lost her for sure!"

Three Guys and a Tent 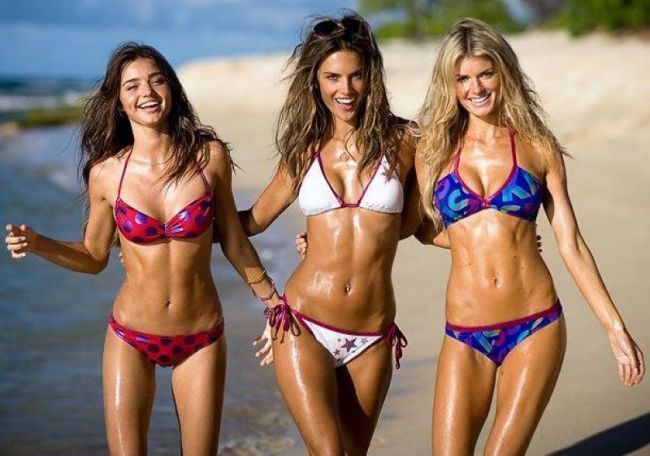 Three guys travel to Saudi Arabia and get lost. They walk into a tent that they think was the one they rented but belongs to a prince with 3 hot wives.

The prince comes home and thinks his wives are cheating on him. As a punishment, he tells them that their penises will have to be cut off in some way relating to their occupation. He asks the first guy what his job was.

"I'm an employee at the shooting range," he replies.
"Then we'll shoot your dick off!" the prince says.

"I'm a fireman," the second guy says.
"Then we'll burn your cock off!" says the prince.

The third guy smiles and says, "I'm a lollipop salesman." 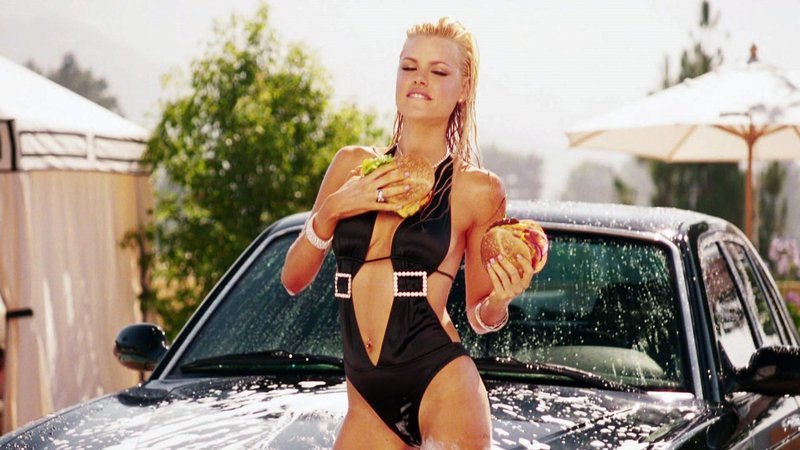 There's an elderly couple who has reached that point in life where sex isn't part of the itinerary anymore. One night, the wife turns to her husband and says,

"Every time one of us wants to have a bit of a slap and tickle, we just have to say, "Washing machine.'" A night passes, and the husband leans over and whispers, "Washing machine." The wife gives him a shove and informs him that she has a headache.

A few nights go by, and the same thing happens, but the husband is determined, and he reckons he'll just give it one more try. He leans over and whispers seductively, "Washing machine." Yet again, the wife turns him away. However, a few moments pass, and the wife's needs arise, so she rolls over and recites the word, but the husband turns over and says, 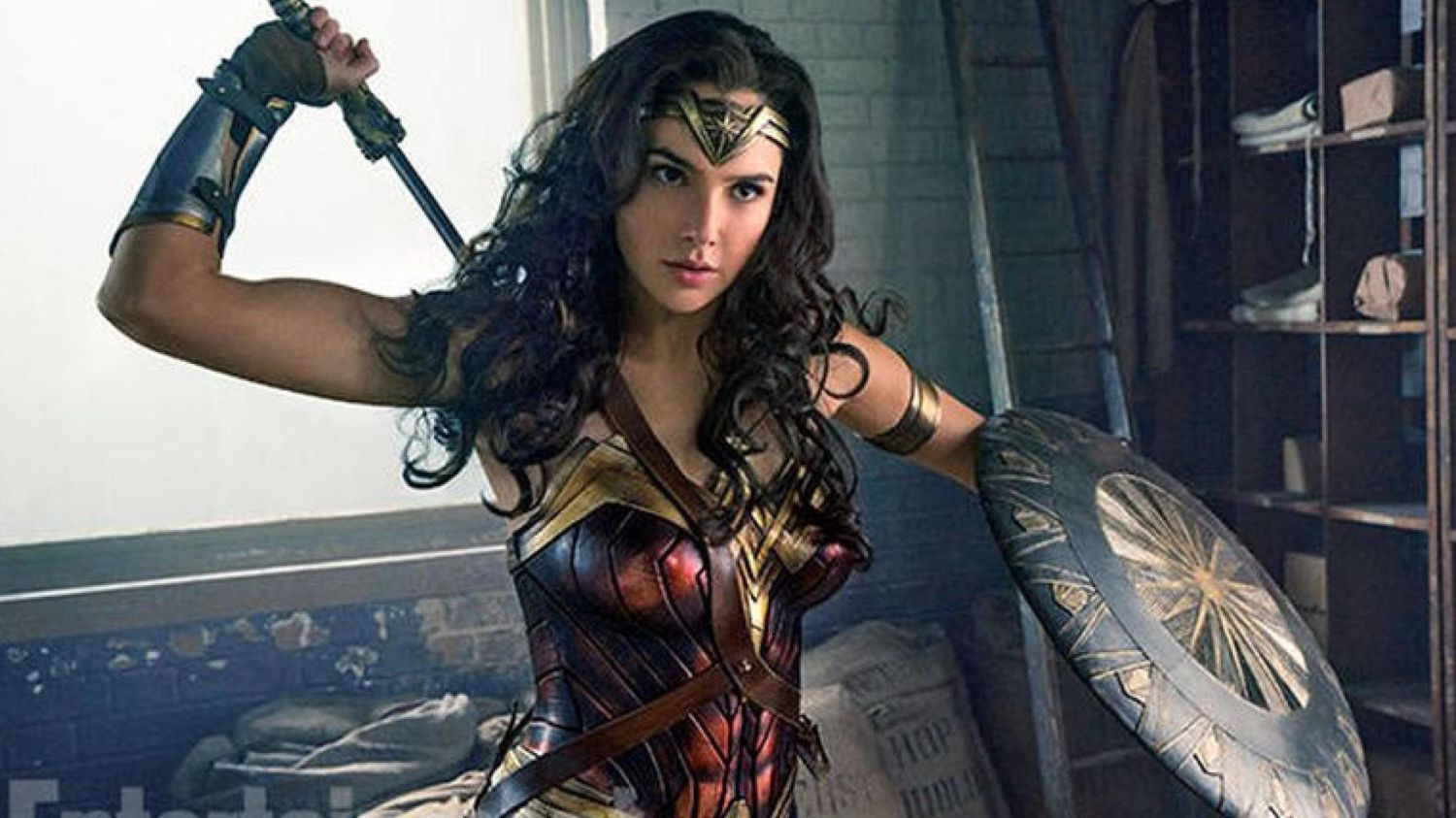 After fighting some crime, Superman wanted to score some action. He flew over to Wonder Woman's apartment to see if she was available. As he landed on her balcony, he saw Wonder Woman naked on the bed with her legs wide open.

Superman thought to himself, "I'm faster than a speeding bullet; I could be in there, have sex, and be out again before she knew what happened." So Superman did his super thing in a split second and flew off happily. Meanwhile, back on the bed, Wonder Woman asked, "Did you hear something?"

"No!" said the Invisible Man, "But my ass sure hurts like hell!" 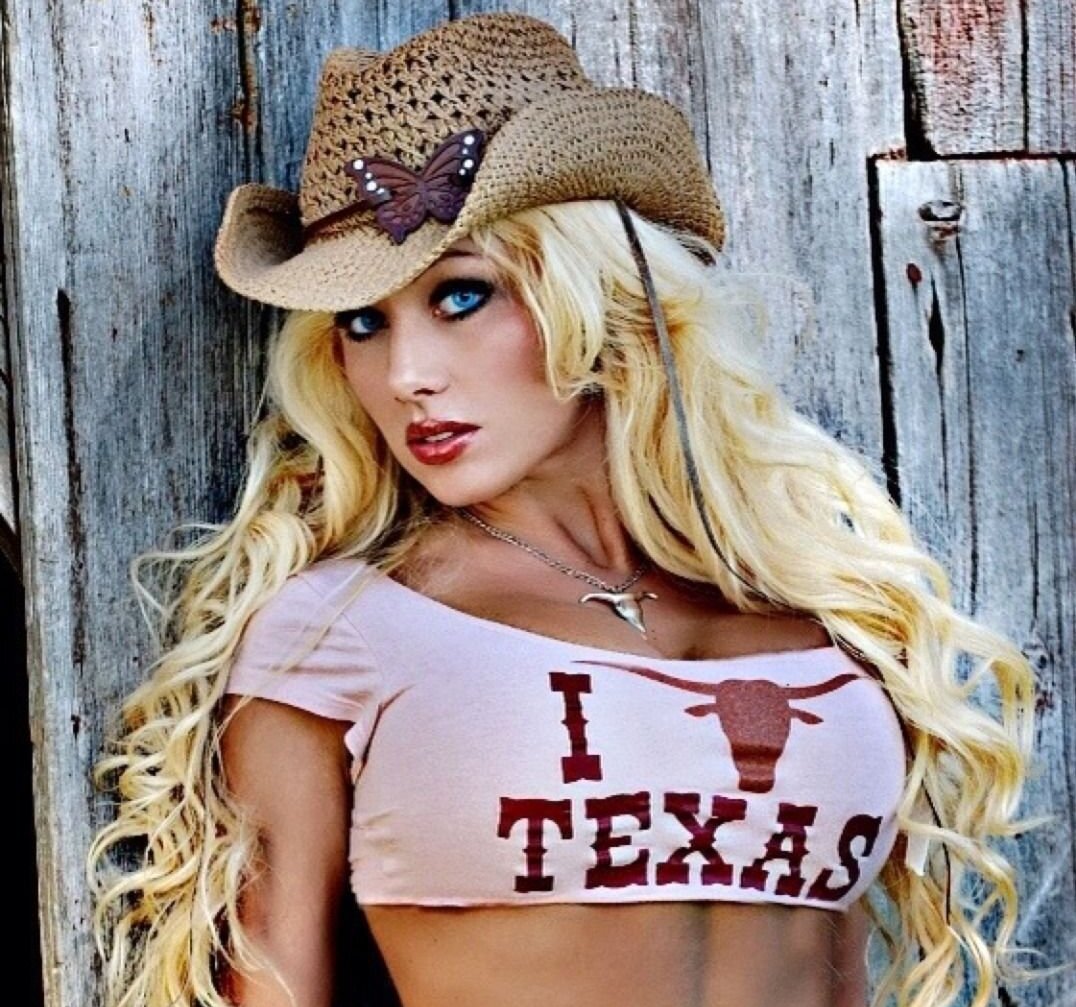 An elderly Florida couple, Sam and Bessie, are vacationing in Las Vegas. Sam always wanted a pair of authentic cowboy boots. Seeing some on sale one day, Sam buys them and wears them back to the hotel, walking proudly.

He walks into their room and says to his wife, "Notice anything different about me?"

Bessie looks him over, "Nope."

Sam says excitedly, "Come on, Bessie, take a good look. Notice anything different about me?"

Frustrated, Sam storms off into the bathroom, undresses, and walks back into the room completely naked except for his boots. Again he asks, a little louder this time, "Notice anything different now?"