After some clips of the upcoming game, Squirrel With A Gun was released online, they soon went viral. The videos show some of the game's gameplay.

As the game's name suggests, it involves a squirrel running around with a gun, terrorizing people. As ridiculous as this game sounds, it is poised to become the next trendy game.

A description of the game on Steam says it might not be easy, but it is fun. The player gets to be a squirrel with a gun.

The sandbox game is about exploring and shooting.

The game's description explains that you must protect yourself from "random encounters with Agents" using many weapons. As a player, you have to deflect their attacks through "exceptional timing."

At the moment, a release date for the game has not been set, but it has already been listed on Steam, where people can add it to their wishlist. 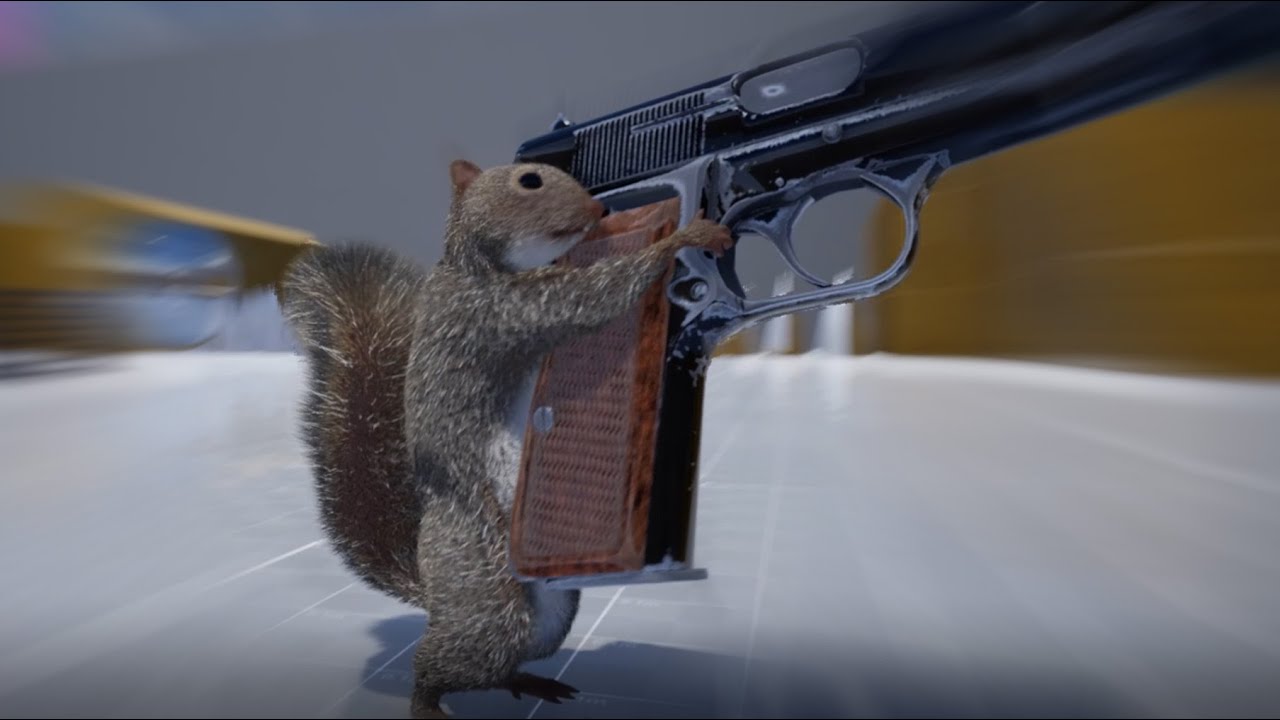 The game has been developed using a new Unreal Engine 5, focusing on the mischievous gun-toting rodent terrorizing a city and its surroundings.

The game also includes elements such as exploration, climbing buildings, and a unique ability to use a gun's recoil to propel the squirrel in various directions.

There have been a lot of comments online about the game. Generally, there is a lot of optimism about it.

One person claimed that Squirrel With A Gun is about to become "the best game to ever exist." Another promised that they would get several copies of the game:

A different commenter claimed that people would flock to buy the game: Lately, such eccentric games have become trendy, especially on social media. Therefore, there is a good chance that Squirrel with a Gun will become a huge hit once it is released.