A shocking classroom incident happened after a 9-year-old girl from Jersey Shore broke down during a virtual class and confessed that she was starving. The news was revealed by a local food bank, Fulfill.

The school district social worker called the New Jersey food bank to inform them that the girl had problems focusing in class before she began crying uncontrollably.

That is how the social worker connected the girl's family to the food bank.

After the girl broke down, she was asked what the problem was. It was then she told the whole class that she was starving.

This was according to Linda Kellner, who is the director of external affairs for Fulfill:

"It's just all so heart-wrenching and frankly, very very courageous of this little girl."

Kellner also explained that the girl's mom had lost her job. She was working at a local restaurant when the pandemic began.

Her three kids were depending on the job to get by, and when it was gone, they were left hungry.

When Fulfill came in, they got the family food and grocery store gift cards. They also helped her sign up for food stamps and healthcare for her kids.

However, the woman did not want to be identified.

They went a little further and even found the woman a new job as a dishwasher. Fulfill is also helping her explore "other opportunities" for employment as a long-term solution to her problem.

The story has since gone viral locally, and according to Kellner, there are lots of job offers waiting for her:

"We're looking to stabilize the family with the resources they need."

In addition to the support the food bank has offered, donors have also supported the family. Thanks to local media covering the story, the family has managed to get the kids new winter clothes and footwear. 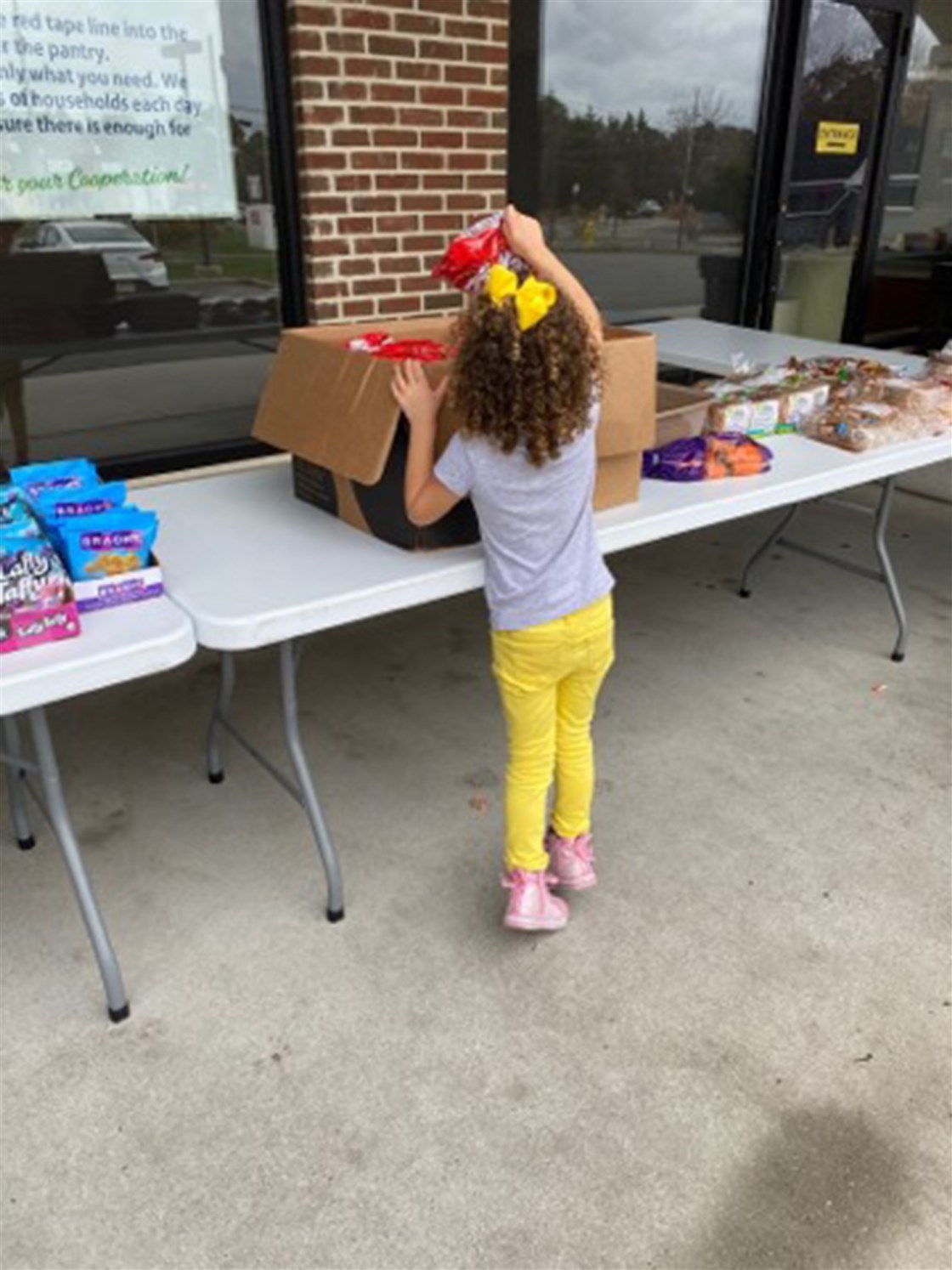 Kellner says that such incidents are not out of the ordinary during the pandemic. As it turns out, there has been a 40% increase in food demand.

At the moment, 215,000 people are getting served by Fulfill at the Jersey Shore. This figure includes 70,000 children.

Sadly, the problem might be here for a while, as the number of people in need of food aid keeps rising.

The fact that Jersey Shore is so dependent on the restaurant and hospitality industry does not help things either. It might take a while before the region recovers since these industries have been hit the most by the coronavirus pandemic.

The U.S. Department of Agriculture, together with other federal agencies, earlier reported that food insufficiency was rising. Food insufficiency is a situation whereby a household reports that they didn't have enough to eat over the past one week.

In fact, child food insufficiency has been rising, growing from 17.4% in June to 19.9% in July. A study also showed that 11.4% of grown-ups in America were at least sometimes left without adequate food to eat in the past week.

The figures from Feeding America, which is the largest anti-hunger organization in the country, show the reality is even grimmer.

By their estimates, there are over 50 million Americans living in the U.S. likely to deal with food insecurity between October and December 2020. Of these people, 17 million were children.

In other words, 1 in 6 Americans and 1 in 4 children are struggling with food insecurity. To put that into perspective, only half of that population had the same problem in 2019.

The Touching Story Represents Many Others

Karla found it quite incredible that the story had touched so many people. It is possible many took into consideration how hungry the little girl must have been to make such an admission in front of her peers.

Kellner says that such stories are the reason she goes to work every day:

"Think of being this 9-year-old little girl so consumed by hunger that you can't think about reading, math or writing."

She imagined that all the girl must have been thinking about was the pain in her stomach, which, Kellner admitted, is what keeps her up at night.

Clearly, the girl's breakdown during her class managed to completely change her family's fortunes because her mom and her siblings now have enough to eat. The problem is that a lot more people are in the same position due to the pandemic.