While growing up, we found comfort, fun, and delightful companions with dolls. When we became adults, our childhood cherished playing items turned into a real-life nightmare.

At least some of them.

The frozen grins and vacant eyes are scary as hell. Can you imagine waking up at night only to finds the doll you left on the couch staring at you and walking towards you?

Haunted dolls can give you unforgettable nightmares even when you're awake. They can even bring misfortunes to anyone who comes into contact with them.

Here are the creepiest dolls you shouldn't keep in your home or play around with. 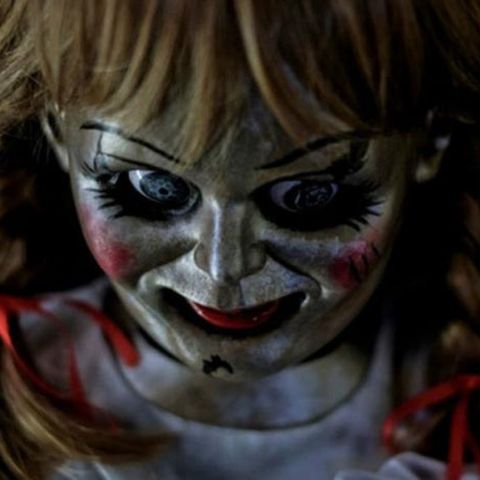 Annabelle is a Raggedy Ann doll, enclosed in a glass case by the famous paranormal investigators Ed and Lorraine Warren. She was the star of the horror movies and sequels.

Annabelle was a gift to a young nursing student Donna by her mother in 1970, according to the Warrens. This doll would move around the room when Donna and her roommate Angie weren't at home.

However, things got scarier when the doll started leaving written notes, asking for help.

The doll even attacked Angie's boyfriend. And when they called a psychic, it was revealed that it had been possessed by the spirits of a girl called Annabelle.

This doll was an inspiration for the terrifying Chucky doll in the Child's Play series. The large doll was a present to a Florida artist, Robert Eugene. His grandpa gave it to him as a birthday gift in 1904.

In another story, the doll was a gift from a malicious voodoo-practicing maid to create bad luck for the family. The stories say that Robert the Doll could change expressions and sometimes move around the house without any help.

Some of the people who lived in Robert's house reported that they could even hear Robert talking to the doll, and it would respond.

Many think that he is the reason the Otto family had so many misfortunes. 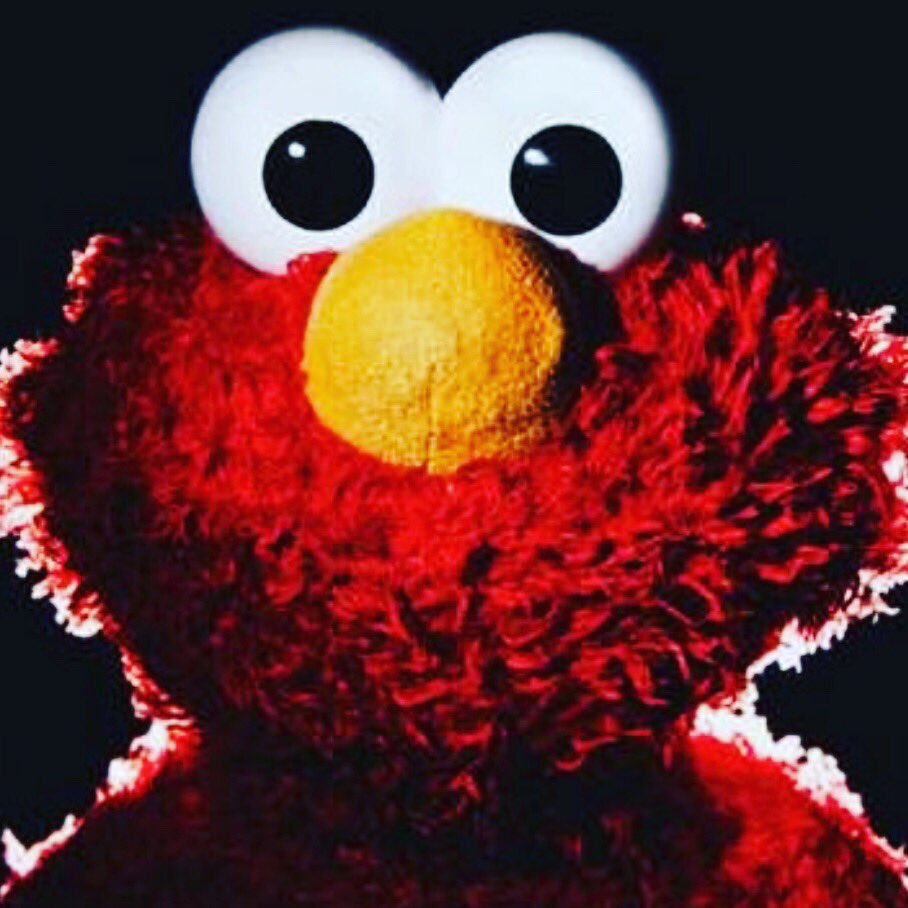 Elmo is among the most popular dolls ever. It was a must-have holiday gift for many families. The first Elmo doll was sold in 1996, and it'd giggle when someone tickled it.

The Elmo Knows Your Name doll from the 90s had been programmed to speak its owner's name, among other phrases.

In 2008, the Bowman family bought the doll, but the toy started ad-libbing when they changed its original battery. And in a sing-songy voice, it chanted "Kill James." 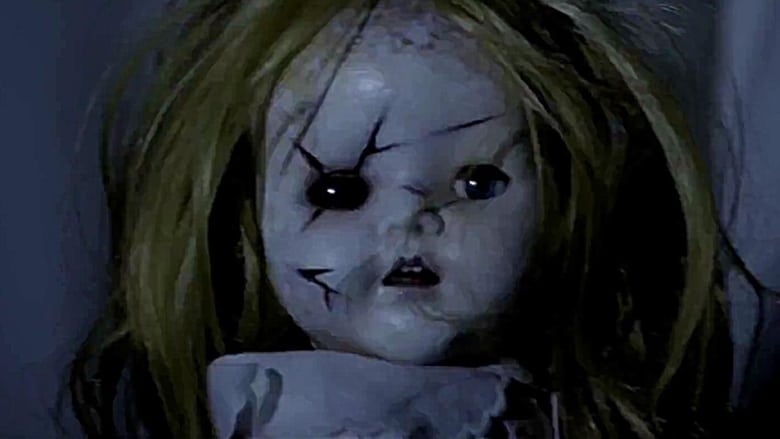 You know this doll. She is now in a separate display in the Quesnel Museum in Canada. The Mandy knocks down other clowns if displayed together.

Stuff at the museum also claims that when visitors try taking a Mandy picture, their cameras often fail. They also report that their lunches disappear.

The woman who donated the doll to the museum also reported that she was getting rid of it because it used to cry at night. 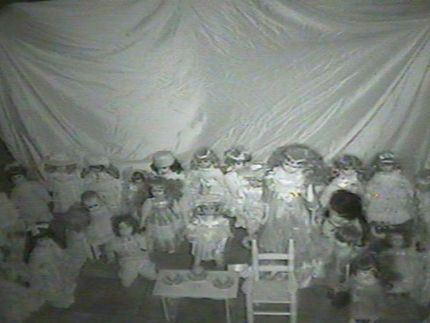 The owner of these dolls said that while recording them, one ghostly boy appeared at the bottom of a staircase. 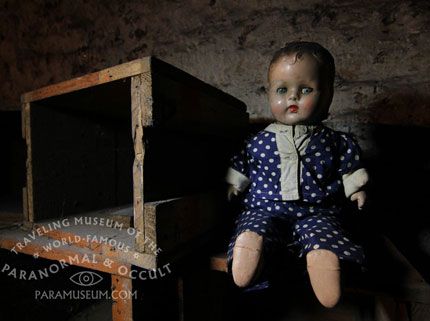 Just like most dolls, Ruby would move from one place to the other. The owner even reported finding it at different places in the house.

Picking up Ruby induced a feeling of nausea and sadness. The doll now lives at the Travelling Museum of the Paranormal and Occult. 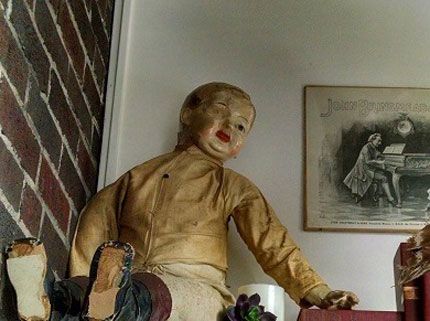 This doll was first discovered in the attic of an old Victorian home in New York in 1968. It was found locked away in a trunk with newspapers that dated back to the 1930s.

Charley was found near a yellow paper that had the Lord's Prayer written on it.

The doll moved around, and the youngest daughter had even claimed that it had spoken to her one night. The little girl and her siblings were terrified to go near the doll. In one incident, their parents discovered mysterious scratches on the little girl's body.

8 Island of the Doll 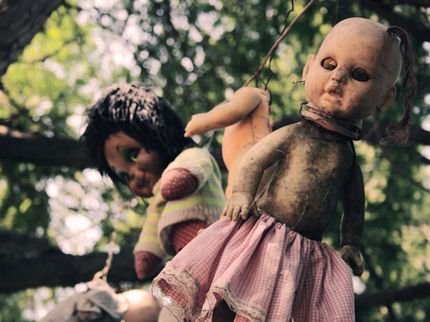 The Island of the Doll in the Xochimilco canal system in the south of Mexico City is not the place you need to visit. One area contains decaying and broken dolls hanging on trees.

The dolls are most likely placed there by the island's former owner, Juliana Santana, to appease the spirits of a girl who drowned nearby. 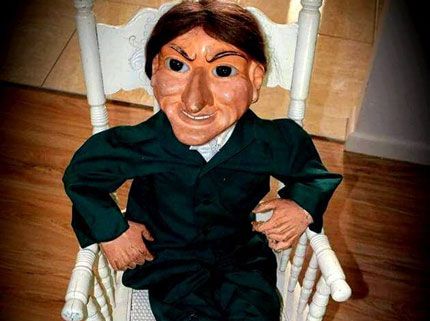 Also known as Letta Me Out, Letta the Doll is one of the scariest looking dolls. She's over 200 years old, made of wood carvings, and with real human hair.

The doll's owner, Kerry Walton, claims to have found it in the 1970s as he was exploring a deserted home in Wagga Wagga, Australia.

Once he brought the doll to his home, strange events started happening. Household items shifted positions, scuff marks appeared on the floor, and the children complained they had nightmares.

One night, Walton children woke up screaming that the doll was talking and moving around on its own.

Dogs also turned aggressive whenever they were near Letta. People who visited her home also claimed to see the doll changing positions.