Death is one of the most uncomfortable subjects in our society. Therefore, it's a little hard to imagine that there can be inspirational quotes about death that can offer you a better perspective on life.

However, being the great equalizer, a lot of great people have had some unforgettable words to say about the end of life on earth. These people had deep thoughts about death, and with their crafty words, they managed to dispel some of the fears people have about this inevitable part of life.

Here are some inspirational quotes about death you might absolutely love. Death can really take its toll. However, some people have managed to be strong in the face of death, as these inspirational quotes about death from influential people indicate.

2. "You needn't die happy when your time comes, but you must die satisfied, for you have lived your life from the beginning to the end." - Stephen King

3. "Death is nature's way of saying, 'Your table is ready.'" — Robin Williams

4. "Live how we can, yet die we must." – William Shakespeare

5. "No one really knows why they are alive until they know what they'd die for." - Martin Luther King Jr.

6. "Endings are not always bad. Most times they're just beginnings in disguise." - Kim Harrison

7. "To the well-organized mind, death is but the next great adventure." — J.K. Rowling

8. "I think of death as some delightful journey that I shall take when all my tasks are done." - Ella Wheeler Wilcox There is no doubt that death is often a painful experience. Nonetheless, it is a special moment that has to be embraced despite its gravity.

Here are some inspirational quotes about death that will help you realize how sobering this experience can sometimes be.

10. "They say you die twice. One time when you stop breathing and a second time, a bit later on, when somebody says your name for the last time." — Banksy

11. "Our dead are never dead to us until we have forgotten them." - George Eliot

12. "Death, they say, acquits us of all obligations." – Michel Eyquem de Montaigne

14. "To live in the hearts we leave behind is not to die." - Thomas Campbell

16. "Dying is like coming to the end of a long novel. You only regret it if the ride was enjoyable and left you wanting more." - Jerome P. Crabb

18. "Mostly it is loss which teaches us about the worth of things." - Arthur Schopenhauer

19. "Nothing in life is promised except death." – Kanye West They say you never appreciate something until you lose it. Some people never realize how good life can be until the prospect of death is staring them right in the face. These inspirational quotes about death will help you recognize why living a full life is so important.

20. "The fear of death follows from the fear of life. A man who lives fully is prepared to die at any time." - Mark Twain

22."Death is more universal than life; everyone dies, but not everyone lives." – Andrew Sachs

23. "Drama is very important in life … you never want to go out with a whimper." — Julia Child

25. "It is not death that a man should fear, but he should fear never beginning to live." - Marcus Aurelius

26. "Remembering that you are going to die is the best way I know to avoid the trap of thinking you have something to lose." — Steve Jobs

27. "Live your life that the fear of death can never enter your heart." - Tecumseh

28. "I feel monotony and death to be almost the same." — Charlotte Brontë

29. "Every man's life ends the same way. It is only the details of how he lived and how he died that distinguish one man from another." - Ernest Hemingway

Inspirational Quotes About Death Reminding Us Of Its Finality All things considered, death is pretty final. These inspirational quotes about death remind us just how final leaving this world can sometimes be.

31. "Life is hard. Then you die. Then they throw dirt in your face. Then the worms eat you. Be grateful it happens in that order." - David Gerrold
32. "I regard the brain as a computer which will stop working when its components fail … There is no heaven or afterlife for broken-down computers; that is a fairy story for people afraid of the dark." — Stephen Hawking

33. "Death is the wish of some, the relief of many, and the end of all." – Lucius Annaeus Seneca

34. "Death is something inevitable. When a man has done what he considers to be his duty to his people and his country, he can rest in peace." — Nelson Mandela

35. "No one can confidently say that he will still be living tomorrow." – Euripides

36. "Man alone chimes the hour. And, because of this, man alone suffers a paralyzing fear that no other creature endures. A fear of time running out." — Mitch Albom

37. "We will all, someday, experience death, and become obsolete as a dead leaf falling from a tree, crushed by passersby to ashes underlying the earth." – Kim Elizabeth 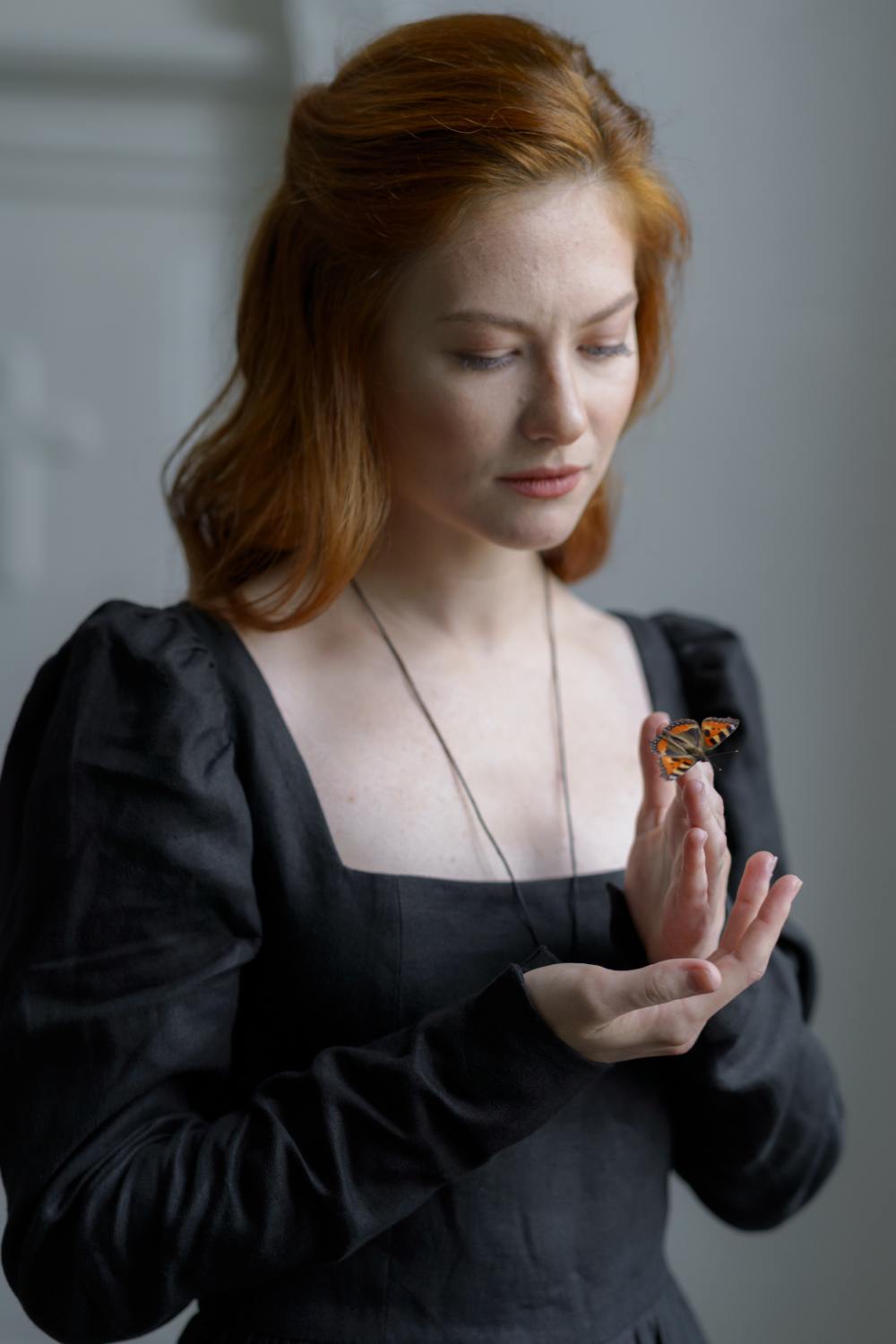 The end of a life means a lot of things, but it might be worth celebrating for all the good things that precede it. Here are some lovely inspirational quotes about death from famous people.

38. "The connections we make in the course of a life--maybe that's what heaven is." — Fred Rogers

40. "Since we're all going to die, it's obvious that when and how don't matter." — Albert Camus

43. "The funny thing about facing imminent death is that it really snaps everything else into perspective." - James Patterson

45. "Everyone dies eventually, whether they have power or not. That's why you need to think about what you'll accomplish while you're alive." - Mary Macbeth 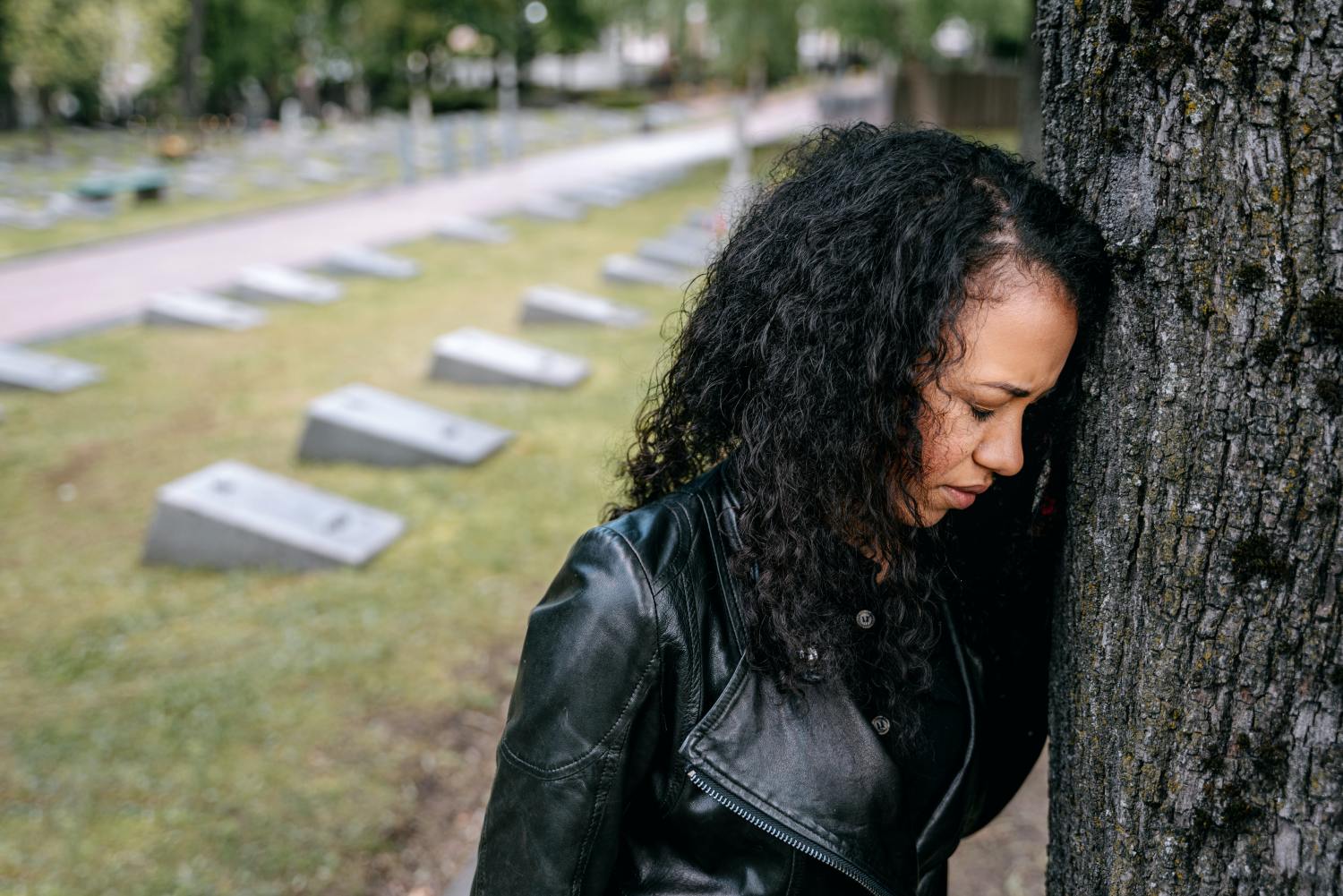 For some people, the prospect of death allowed them to make the best of this life and live more meaningful lives. These inspirational quotes about death from great people prove just that.

46. "It matters not how a man dies, but how he lives. The act of dying is not of importance. It lasts so short a time." - Samuel Johnson

47. "The truth I have been seeking — this truth is Death. Yet Death is also a seeker. Forever seeking me. So — we have met at last. And I am prepared. I am at peace." — Bruce Lee

48. "When it's time to die, let us not discover that we have never lived." - Henry David Thoreau

49. "I've been there for a couple of people when they were dying; it didn't look like fun. But if I was gonna do it, I'd want someone like me around. And I will be there!" — Carrie Fisher

50. "Do not seek death. But do not fear it either. There cannot be life without death. It is inescapable." - Keisei Tagami

53. "We are dying from overthinking. We are slowly killing ourselves by thinking about everything. Think. Think. Think. You can never trust the human mind anyway. It's a death trap." — Anthony Hopkins

54. "Life is pleasant. Death is peaceful. It's the transition that's troublesome." - Isaac Asimov

Inspirational Quotes About Death Reminding Us That Death Isn't Final 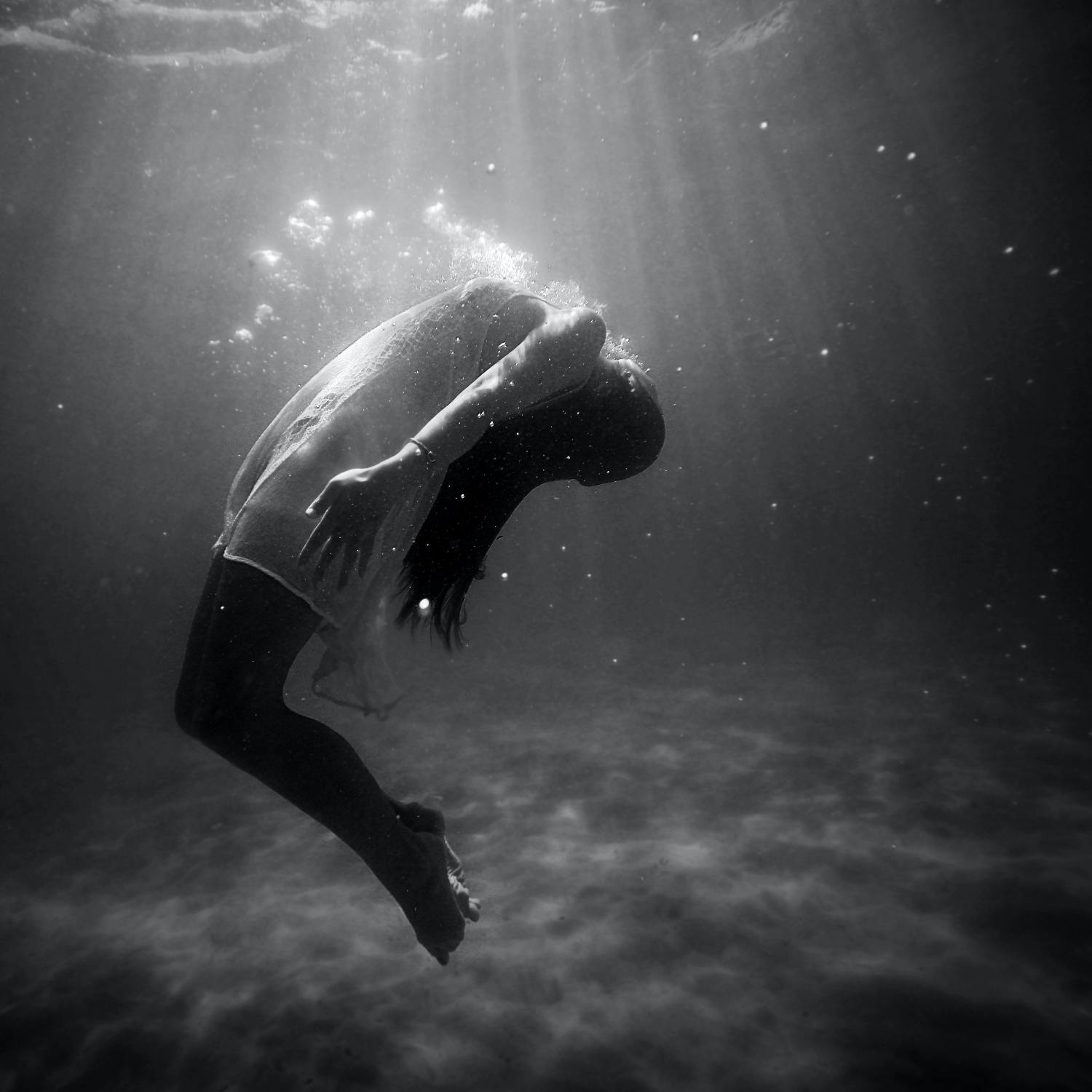 Death is so shocking to many because we think it's final and that nothing goes on after it arrives. However, these inspirational quotes about death tell us a different story.

Death could be a new beginning to some or a welcome relief after a life of suffering. These inspirational quotes about death will remind you that death is not always the end.

55. "I want to go on living after my death! And that's why I'm so grateful to God for having given me this gift, which I can use to develop myself and to express all that's inside me!" — Anne Frank

56. "From my rotting body, flowers shall grow, and I am in them, and that is eternity." - Edvard Munch

57. "I am prepared to meet my Maker. Whether my Maker is prepared for the great ordeal of meeting me is another matter." — Winston Churchill

58. "Our death is not an end if we can live on in our children and the younger generation. For they are us; our bodies are only wilted leaves on the tree of life." – Albert Einstein

59. "The life of the dead is placed in the memory of the living."
Marcus Tullius Cicero

60. "From my rotting body, flowers shall grow, and I am in them, and that is eternity." - Edvard Munch

61. "I regret not death. I am going to meet my friends in another world." - Ludovico Ariosto

62. "We all die. The goal isn't to live forever. The goal is to create something that will." — Chuck Palahniuk

63. "Death is nothing else but going home to God, the bond of love will be unbroken for all eternity." - Mother Teresa

64. "Death, the only immortal who treats us all alike, whose pity and whose peace and whose refuge are for all — the soiled and the pure, the rich and the poor, the loved and the unloved." — Mark Twain

65. "People die, I think, but your relationship with them doesn't. It continues and is ever-changing." - Jandy Nelson

66. "Death may be the greatest of all human blessings." – Socrates 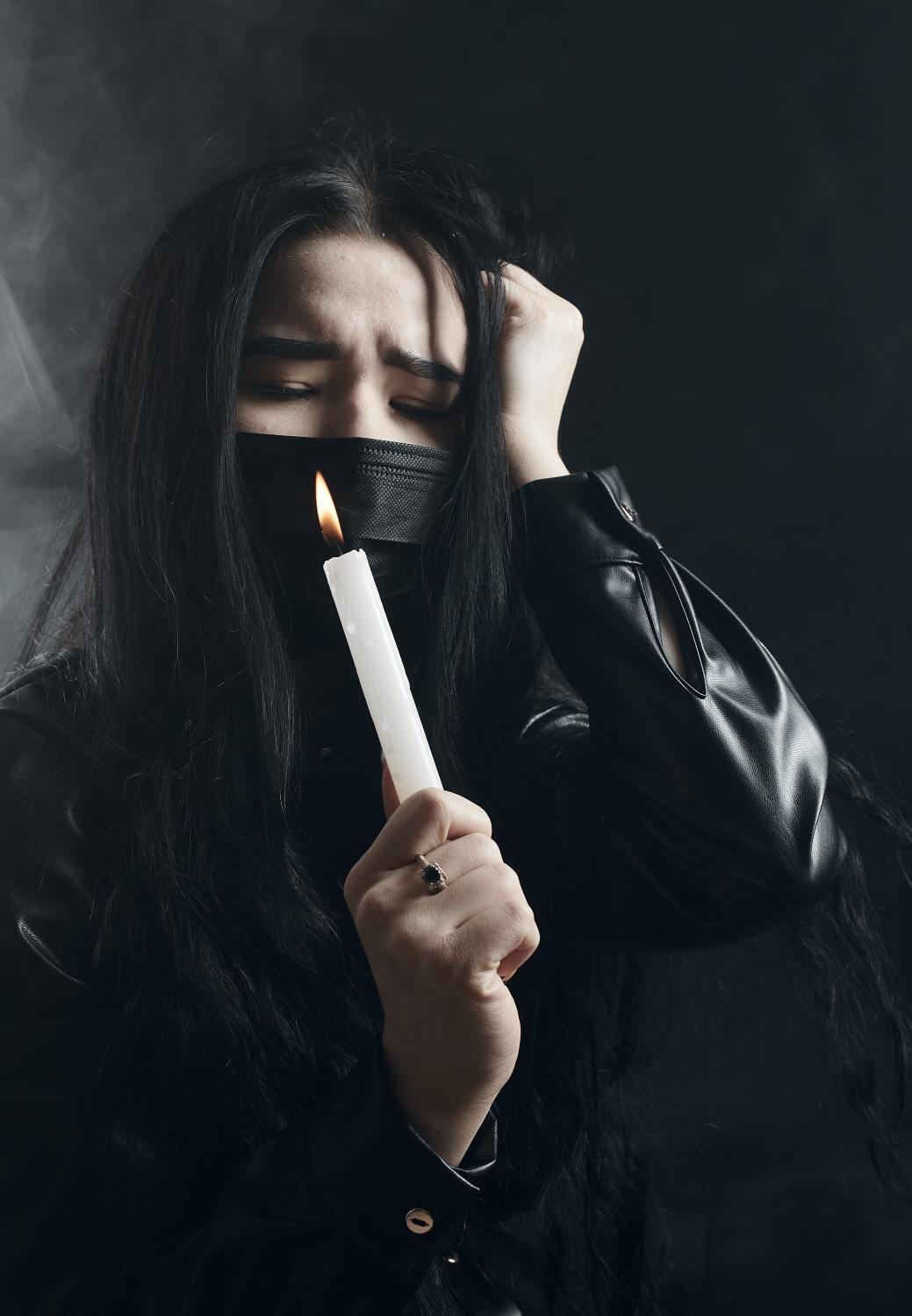 67. "Life is for the living. Death is for the dead. Let life be like music. And death a note unsaid." — Langston Hughes

68. "Unable are the Loved to die / For Love is Immortality…" — Emily Dickinson

70. "The boundaries which divide Life from Death are at best shadowy and vague. Who shall say where the one ends, and where the other begins?" — Edgar Allan Poe

71. "Do not go gentle into that good night... Rage, rage against the dying of the light." — Dylan Thomas

73. "A thing is not necessarily true because a man dies for it." — Oscar Wilde

75. "A day grows old as we do. Do not wish death upon it. Let it live, let it love, and only then should you let it rest in peace." - Michelle C. Ustaszeski

78. "Life and death are one thread, the same line viewed from different sides." - Lao Tzu

79. "Death is like a mirror in which the true meaning of life is reflected." - Sogyal Rinpoche

80. "I would rather die a meaningful death than to live a meaningless life." - Corazon Aquino

81. "Unable are the Loved to die, for love is immortality." – Emily Dickinson