Life is full of many unanswered questions, and these famous quotes about asking questions clearly demonstrate this fact. So, if you feel like you always have a question to ask, you are not alone. 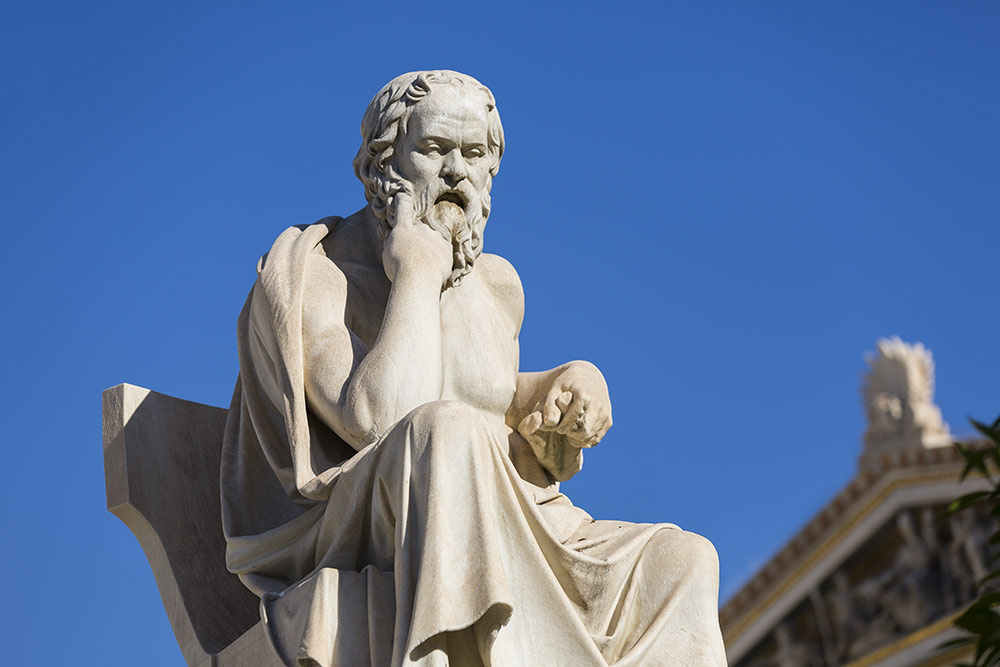 A number of famous folks have suggested that we should question anything and everything. Here are some famous quotes about asking questions that will inspire you to question everything in life.

1. Question everything. Learn something. Answer nothing. – Euripedes

2. One who never asks either knows everything or nothing. - Malcolm Forbes

3. The only true wisdom is in knowing that you know nothing. – Socrates

4. Asking questions is one of the best ways to grow as a human being. - Michael Hyatt

7. We get wise by asking questions, and even if these are not answered, we get wise, for a well-packed question carries its answer on its back as a snail carries its shell. - James Stephens

9. An empowered life begins with serious personal questions about oneself. Those answers bare the seeds of success. - Steve Maraboli,

10. Going online and asking questions is the best way to learn. - Tom Felton 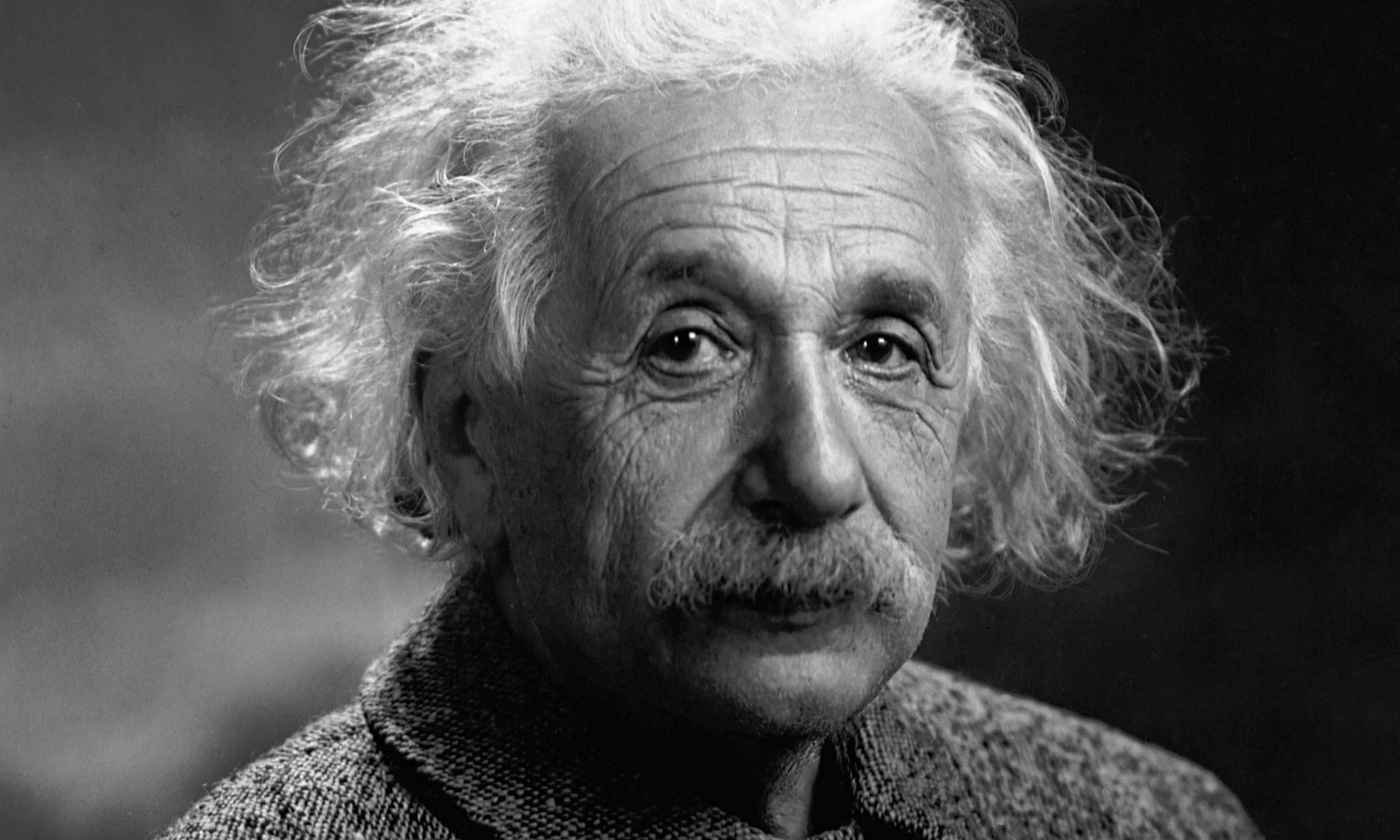 11. The greatest gift is not being afraid to question. – Ruby Dee

13. I never learn anything by talking. I only learn things when I ask questions. - Lou Holtz

14. Asking questions is one of the fundamental keys of learning. It is always better to ask a question than pretend you understand. - Catherine Pulsifer

15. We get wise by asking questions, and even if these are not answered, we get wise, for a well-packed question carries its answer on its back as a snail carries its shell. – James Stephens

17. Learn from yesterday, live for today, hope for tomorrow. The important thing is not to stop questioning. - Albert Einstein

18. A prudent question is one-half of wisdom. – Francis Bacon

19. By questioning all the aspects of our business, we continuously inject improvement and innovation into our culture. - Michael Dell

20. Don't search for the answers, which could not be given to you now, because you would not be able to live them. And the point is to live everything. Live the questions now. Perhaps then, someday far in the future, you will gradually, without even noticing it, live your way into the answer. – Rainer Maria Rilke 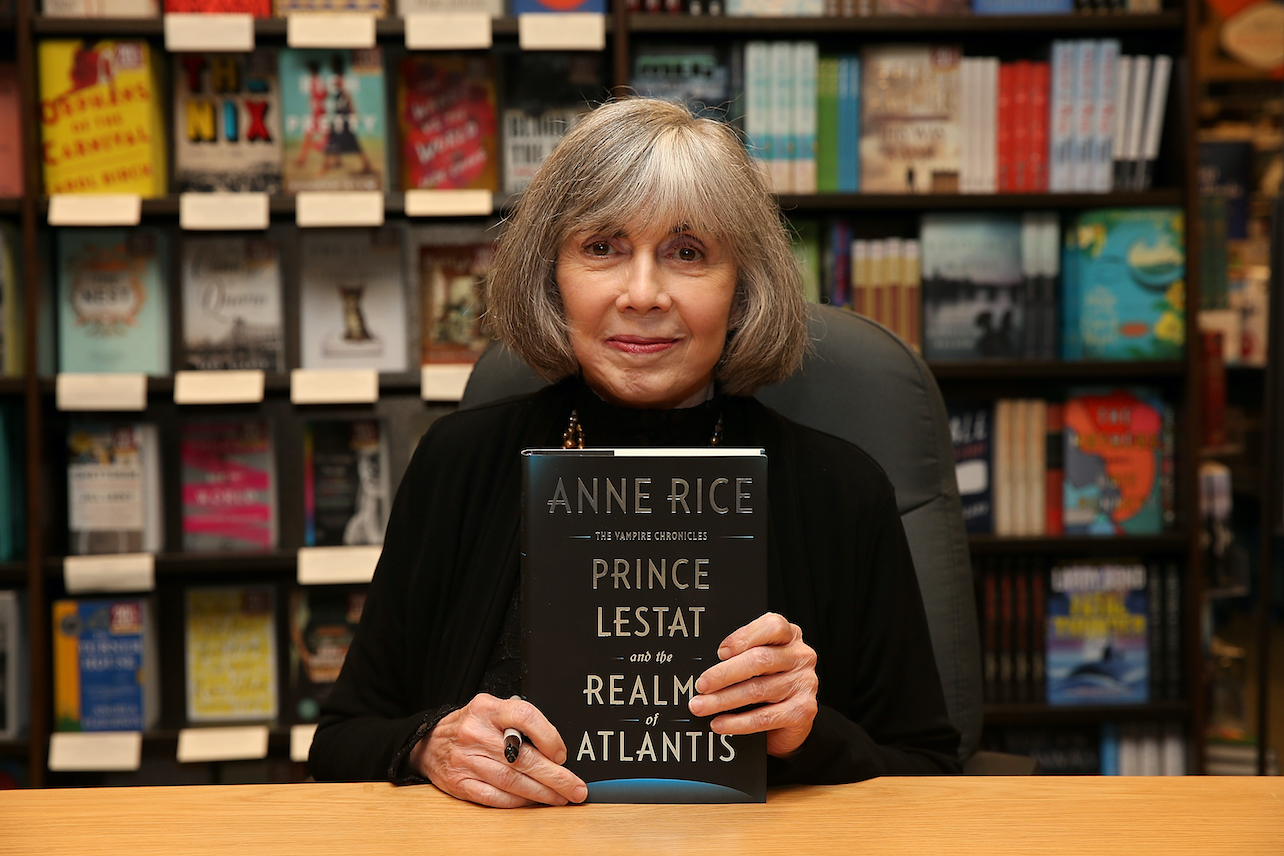 21. Millions saw the apple fall, but Newton was the one who asked why. - Bernard Baruch

22. Why and how are words so important that they cannot be too often used. - Napoleon Bonaparte

23. The master key of knowledge is, indeed, persistent and frequent questioning. - Peter Abelard

26. At the end of the day, the questions we ask of ourselves determine the type of people that we will become. - Leo Babauta

27. Fear is a question. What are you afraid of and why? Our fears are a treasure house of self-knowledge if we explore them. – Marilyn French

28. Being religious means asking passionately the question of the meaning of our existence and being willing to receive answers, even if the answers hurt. – Paul Tillich

29. Life is an unanswered question, but let's still believe in the dignity and importance of the question. – Tennessee Williams

30. The big question is whether you are going to be able to say a hearty yes to your adventure. -Joseph Campbell 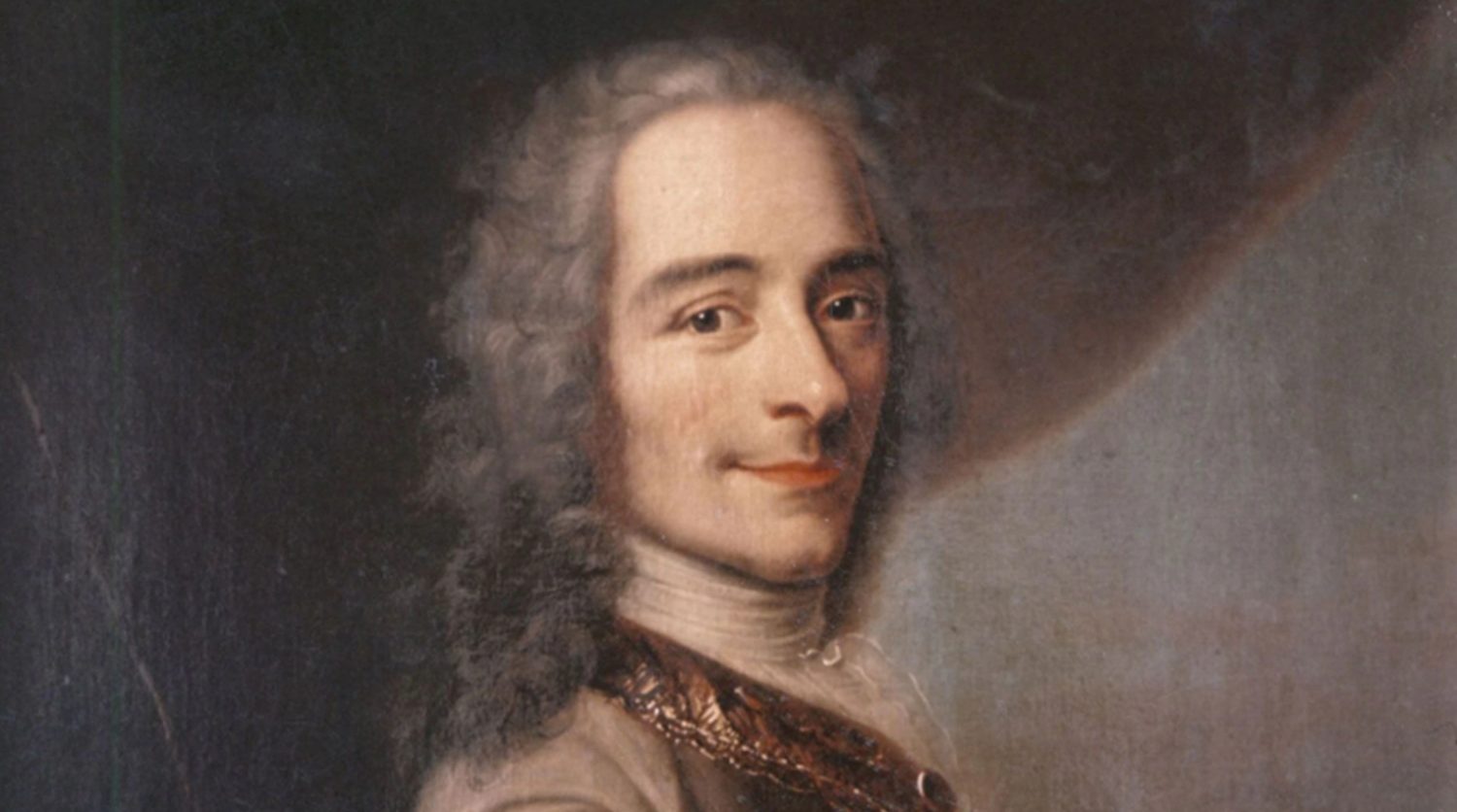 There are few things better than asking the right questions. These famous quotes about asking questions prove just how great questions can be.

31. I love doing what I do. I love asking questions. I love being in the mix. - Larry King

33. If we would have new knowledge, we must get a whole world of new questions. - Susanne K. Langer

34. That is the essence of science: ask an impertinent question, and you are on the way to a pertinent answer. – Jacob Bronowski

36. Everything we know has its origins in questions. Questions, we might say, are the principal intellectual instruments available to human beings. - Neil Postman

37. When someone asks a question, don't assume they don't know the answer. Clever people will always test you. - Wayne Gerard Trotman

38. A good question is never answered. It is not a bolt to be tightened into place but a seed to be planted and to bear more seed toward the hope of greening the landscape of idea. – John Ciardi

39. If they can get you asking the wrong questions, they don't have to worry about answers. - Thomas Pynchon

40. He must be very ignorant, for he answers every question he is asked. – Voltaire 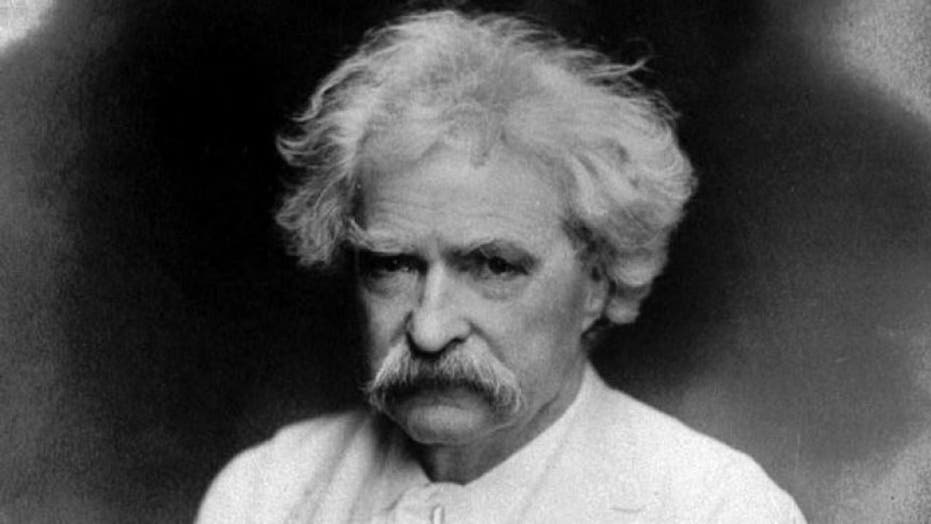 Questions can inspire, which is why we should never shy away from them. So, if you need some inspiration, here are some famous quotes about asking questions to get you going.

41. Courage doesn't happen when you have all the answers. It happens when you are ready to face the questions you have been avoiding your whole life. - Shannon L. Alder

42. In all my affairs, it's a healthy thing now and then to hang a question mark on the things you have long taken for granted. – Bertrand Russell

43. Plain question and plain answer make the shortest road out of most perplexities. - Mark Twain

44. The smart ones ask when they don't know. And, sometimes, when they do. - Malcolm Forbes

45. I think that probably the most important thing about our education was that it taught us to question even those things we thought we knew. – Thabo Mbeki

46. Your mind will answer most questions if you learn to relax and wait for the answer. - William S. Burroughs

47. I have always been much better at asking questions than knowing what the answers were. - Bill James

48. It is not enough for me to ask the question; I want to know how to answer the one question that seems to encompass everything I face: What am I here for? – Abraham Joshua-Heschel

48. And I like asking questions to keep learning; people with big egos might not want to look unsure. - Heston Blumenthal

49. The beginning of wisdom is found in doubting; by doubting, we come to the question, and by seeking, we may come upon the truth. - Pierre Abelard

50. It's very flattering to ask others about matters they're little qualified to discuss. - Malcolm Forbes 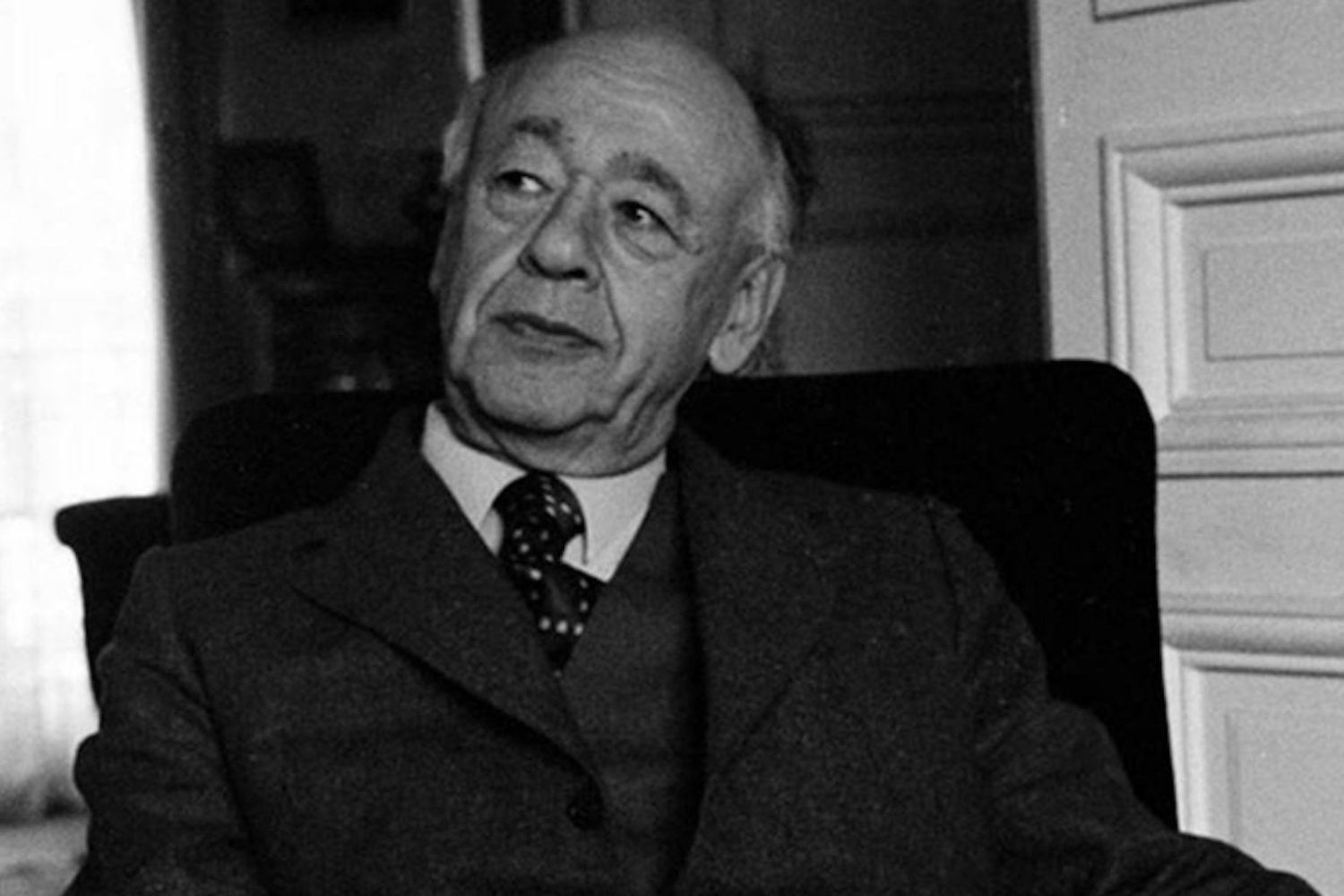 There is just something wonderful about these famous quotes about asking questions. They can inspire you to nurture your curiosity and keep asking the right questions.

As you are about to learn from these famous quotes about asking questions, you can acquire more from the question than the answer.

51. A wise man never regrets the questions he asks. Only the ones he didn't ask. - Ted Bell

52. Question everything. Every stripe, every star, every word spoken. Everything. – Ernest Gaines

53. We are closer to God when we are asking questions than when we think we have the answers. - Abraham Joshua Heschel

54. Whence come I and whither go I? That is the great unfathomable question, the same for every one of us. Science has no answer to it. – Max Planck

55. Life is filled with unanswered questions, but it is the courage to seek those answers that continues to give meaning to life. - J.D. Stroube

56. Some men see things as they are and ask, "Why?" I dream things that never were and ask "Why not?" - Robert F. Kennedy

57. I am not shy when it comes to asking questions. - Vijay Shankar

58. My investment of time, as an educator, in my judgment, is best served teaching people how to think about the world around them. Teach them how to pose a question. How to judge whether one thing is true versus the other. – Neil deGrasse Tyson

59. It is not the answer that enlightens, but the question. – Eugene Ionesco

60. The art of proposing a question must be held of higher value than solving it. – Georg Cantor

Not only can great quotes be unique and inspiring, but they can also demonstrate the beauty of endless curiosity. A good example are these famous quotes about asking questions.

61. The one real goal of education is to leave a person asking questions. - Max Beerbohm

62. The marvelous thing about a good question is that it shapes our identity as much by asking as it does by answering. – David Whyte

63. Remember, an easy question can have an easy answer. But a hard question must have a hard answer. And for the hardest questions of all, there may be no answer – except faith. - Charles Sheffield

64. Every man ought to be inquisitive through every hour of his great adventure down to the day when he shall no longer cast a shadow in the sun. For if he dies without a question in his heart, what excuse is there for his continuance? – Frank Moore Colby

66. A wise man can learn more from a foolish question than a fool can learn from a wise answer. – Bruce Lee

67. Successful people ask better questions, and as a result, they get better answers. - Tony Robbins

68. A question that sometimes drives me hazy: am I or are the others crazy? – Albert Einstein

69. We learn more by looking for the answer to a question and not finding it than we do from learning the answer itself. – Lloyd Alexander 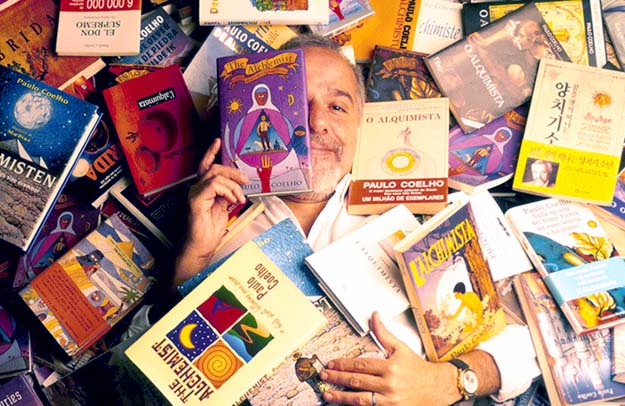 71. If you do not know how to ask the right question, you discover nothing. – W. Edwards Deming

72. Charm is a way of getting the answer yes without having asked any clear question. - Albert Camus

73. The key to wisdom is this – constant and frequent questioning, for by doubting, we are led to question. By questioning, we arrive at the truth. – Peter Abelard

74. Judge a man by his questions rather than his answers. - Voltaire

75. I questioned God's silence. I don't have an answer for that. Does it mean that I stopped having faith? No, I have faith, but I question it. - Elie Wiesel

76. The art and science of asking questions is the source of all knowledge. - Thomas Berger

78. Would it have made a difference? This is the question we always ask after we have given up. - Thomas King

79. Question with boldness even the existence of God; because if there be one, he must more approve of the homage of reason than that of blindfolded fear. – Thomas Jefferson

80. We want to answer this classical question, who am I? So I think that most of our works are for art, or whatever we do, including science or religion, tried to answer that question. – Paulo Coelho 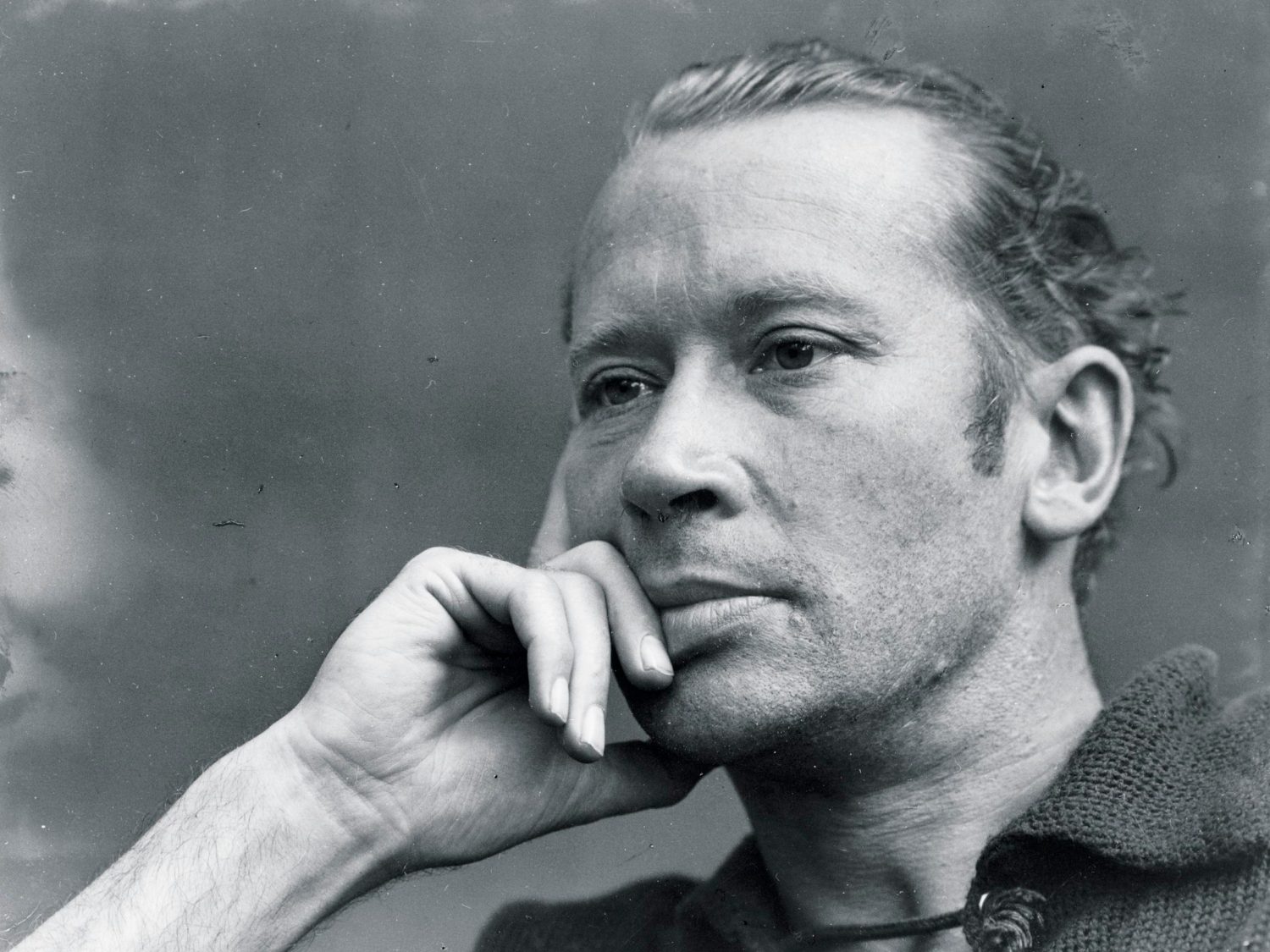 So, there is nothing wrong with wanting to know more, and these famous quotes about asking questions clearly illustrate why. Lots of successful people recommend that you ask as many questions as you possibly can.