In 1996, at the age of twelve, Sabine Dardenne was kidnapped by Marc Dutroux, a child molester and serial killer. Dutroux used deception to maintain control over Sabine and keep her trapped.

Sabine Dardenne, born on October 28, 1983, in Belgium, was kidnapped by the notorious pedophile and serial killer Marc Dutroux in 1996. She was one of Dutroux's last two victims.

The Kidnapping Of Sabine Dardenne 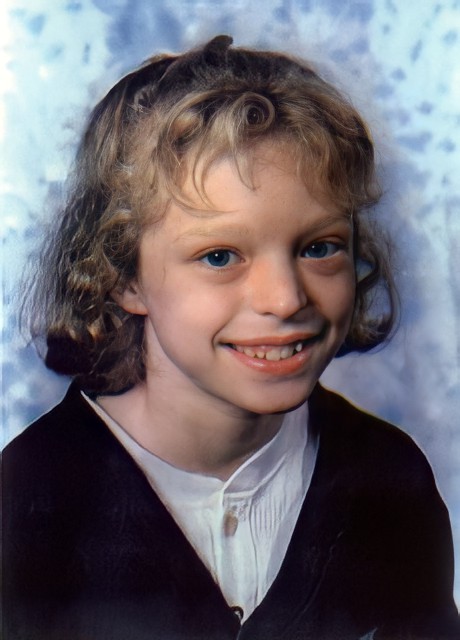 On May 28, 1996, Sabine Dardenne, a twelve-year-old Belgian girl, was kidnapped by Marc Dutroux, one of the country's most infamous pedophiles and serial killers, while she was riding her bicycle to school in Kain, Tournai, Belgium. Despite her young age, Sabine put up a fight against Dutroux, questioning and demanding answers from him. However, Dutroux convinced her that he was her only ally.

Dutroux lied to Sabine Dardenne, telling her that her parents had refused to pay a ransom to save her from kidnappers who had threatened to kill her. In reality, there were no kidnappers and the only person who posed a threat to her was Dutroux himself. He fabricated the story to control and manipulate her.

"Look What I've Done For You"

Dutroux kept Sabine Dardenne trapped in the basement of his house. He allowed her to write letters to her friends and family, but he never sent them. After weeks of captivity, when Sabine expressed a desire to have a friend visit her, Dutroux kidnapped 14-year-old Laetitia Delhez, saying, "Look what I have done for you." Delhez was kidnapped on August 9, 1996, while returning from the swimming pool to her home in Bertrix.

Laetitia Delhez's abduction ultimately led to Dutroux's downfall. Witnesses to the girl's kidnapping remembered Dutroux's car and one of them wrote down the license plate number. Police investigators were able to track him down quickly. Sabine Dardenne and Laetitia Delhez were rescued on August 15, 1996, two days after Dutroux's arrest by the Belgian police. Dutroux admitted to the kidnapping and rape of both girls.

Sabine Dardenne and Laetitia Delhez were both held captive in the basement of Dutroux's house for 80 days and 6 days, respectively. Dutroux had previously kidnapped and killed 8-year-olds Melissa Russo and Julie Lejeune by starvation, and 17-year-old An Marchal and 19-year-old Eefje Lambrecks were buried alive under his shed. The body of Dutroux's French accomplice, Bernard Weinstein, was also discovered at the crime scene. Dutroux admitted to drugging and burying Weinstein alive.

The Dutroux case, which lasted for eight years, was plagued by several controversies, including allegations of legal and procedural mistakes, as well as claims of incompetence by law enforcement and missing evidence. The trial also saw several suicides among those involved, including prosecutors, police officers, and witnesses.

In October 1996, a massive protest of 350,000 people took place in Brussels, expressing their anger over the perceived incompetence of the police in handling the Dutroux case. The slow progress of the trial and disturbing revelations of additional victims fueled public outrage.

During the trial, Dutroux claimed to be a part of a large-scale pedophile network that operated across Europe, and alleged that it had connections to high-ranking individuals. He stated that the network was based in Belgium. Sabine Dardenne and Laetitia Delhez both testified against Dutroux during the 2004 trial, which was a crucial factor in his conviction. As a result, Dutroux was ultimately sentenced to life in prison.

Sabine Dardenne's experiences of her abduction and its aftermath are chronicled in her memoir "J'avais douze ans, j'ai pris mon vélo et je suis partie à l'école" ("I was twelve years old, I took my bike and I left for school"). The book has been translated into 14 languages and published in 30 countries. It was a bestseller, not only in Europe but also in Great Britain, where it was released under the title "I Choose to Live".

Sabine Dardenne's search for her lasted 80 days. Photos of the missing student in her school uniform were plastered on every wall across Belgium. Fortunately, she was one of the rare survivors of the "Belgian monster".

Years after her abduction, Dardenne decided to write about her experiences in order to process them and not have to answer difficult questions anymore. Her main goal was to raise awareness about the justice system's tendency to release pedophiles early from their sentences, often for reasons such as "good behavior".

Marc Dutroux was charged with four murders, six kidnappings, and numerous counts of rape and child torture. Notably, his wife was his closest accomplice in these crimes.