You might have noticed that smart, beautiful, hardworking, and independent women tend to have issues finding real love. Does this have anything to do with the strength they exude or their success? What do you think?

You would expect strong women to be appreciated, that they should be every man's first choice. It is sad though, that this is often not the case. Some men are intimidated by women who are more successful than they are, who have a mind of their own, and probably make them feel less needed because of their independence.

In some cases, strong, ideal women set standards too high to be met by men who might be showing interest in them. Let's look at 8 reasons why most men can't handle strong/ideal women. 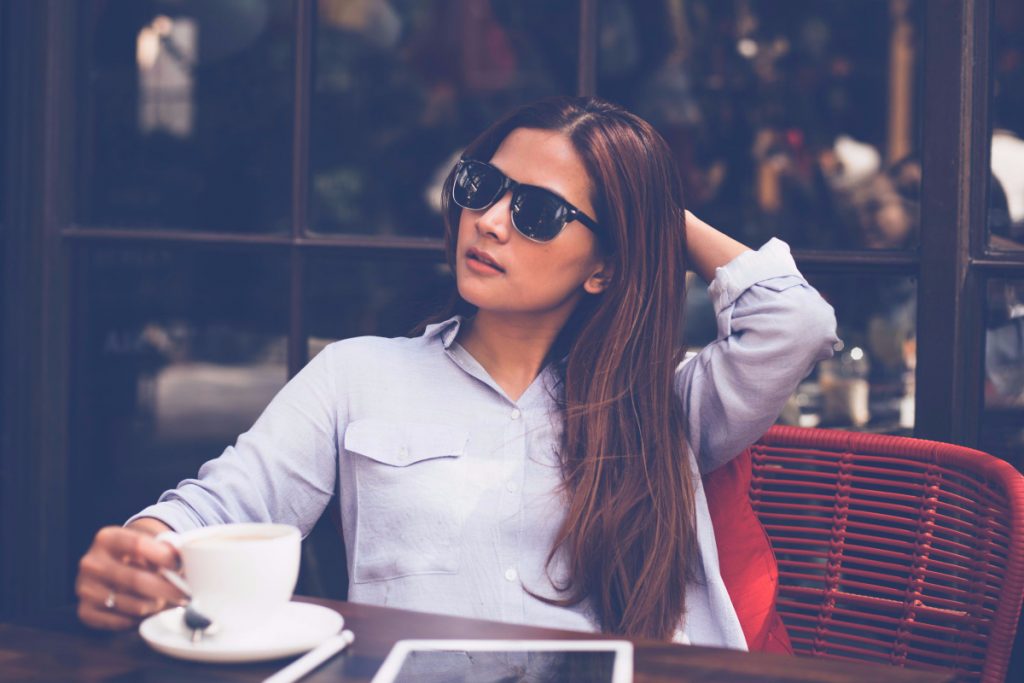 The modern woman is strong and confident. The world has taught her the need to level up and own her spot. As such, she is less dependent on others. She has learned that life is unfair, not just to men but to women as well.

She is self-sufficient because she has confidence in her own abilities and knows what she is worth. She, thus, will not settle for less.

In choosing a partner, she exercises this self-sufficiency. She knows what kind of man she wants, and when she meets someone who is not up to par, she is quick to dismiss him.

A story published in the Question helps us understand how strong women choose their men.

"My friend is 25. She is a very nice girl, smart and well educated, a good dresser with a great job. She loves spending time with her friends in bars and concerts. Guys really like her, but nonetheless, she is still single. Why? Because she has a cool head, and she knows exactly who should be with her. She'd never start a new relationship 'Just so I'm not alone' or 'Just to give it a try'." 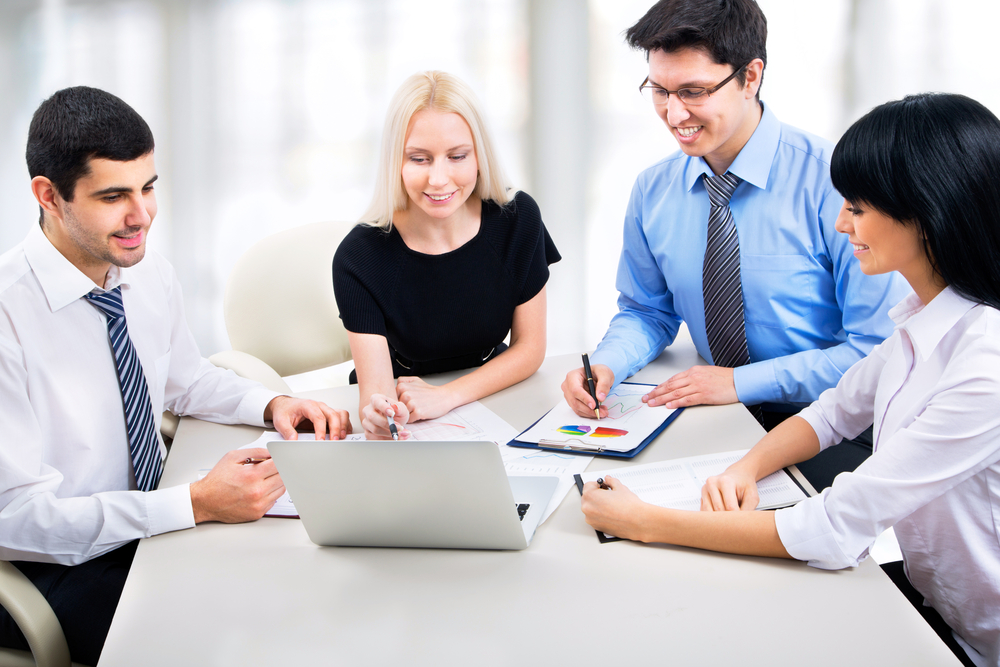 Not only are these women time-efficient, but they are also decisive.

"I don't want someone who will waste my time" - That is the spirit that drives them. Making decisions quickly helps them save time that would otherwise be wasted pursuing something futile.

It is Adios Amigo! to any man who does not fit the bill of a marriage mate. These women don't date for fun. To them, dating should have a destination; a destination that is clear from the very beginning. If he is not going to be intentional and if the relationship doesn't have a clear destination, it is a waste of time for them.

Well, the words "Never waste time on someone who doesn't have time for you. Be with someone who will say
"time is wasted if I am not with you" is true for these strong women. This is one reason why their agemates might have been married and divorced, possibly plus 1, while they are still yet to date. 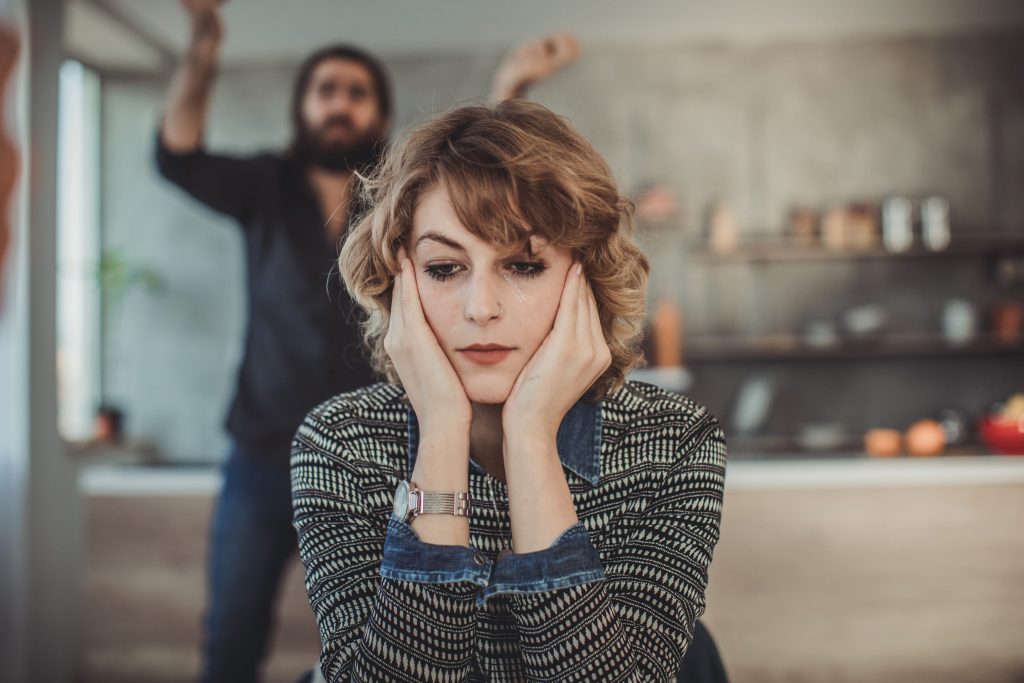 Some independent women don't imagine themselves being wives. Being a wife requires a measure of dependence and submission. Although submitting to her husband does not mean that she cannot air her opinions, it might require that she bend to his will even at times when she knows her suggestions are better.

For these women, that can not be easy. They are used to making their own decisions, standing by them, and having no one question them.

Also, as a wife, she will have to cater to her home and her husband's needs. If she cannot adjust to these roles, men who value these will not be able to handle her.

Also, she might conclude that remaining single is better than having some of the restrictions that come with marriage.

When She Is Too Obvious 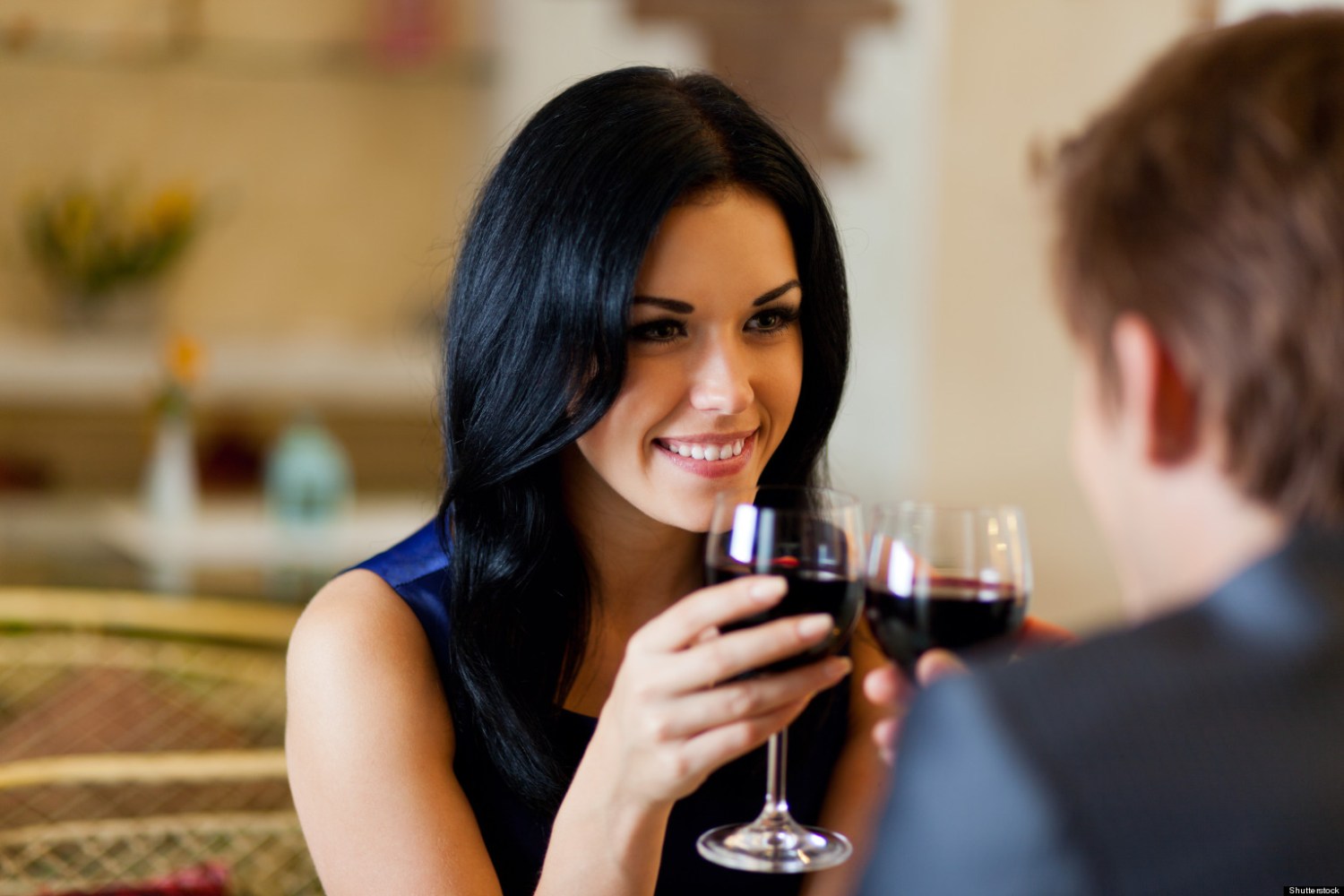 Although knowing what she wants can be recognized as a strength, it can also be a weakness. That she knows what she wants is no license to start planning a wedding from the very first date.

Once she starts picturing her wedding dress and cute babies or starts asking questions like, "Do you intend to get married within the year? How many kids would you like to have?" on a FIRST DATE, he will back off. She is too obvious, and that could scare men away.

This is another reason why some strong, decisive women are single.

When Beauty Becomes A Barrier 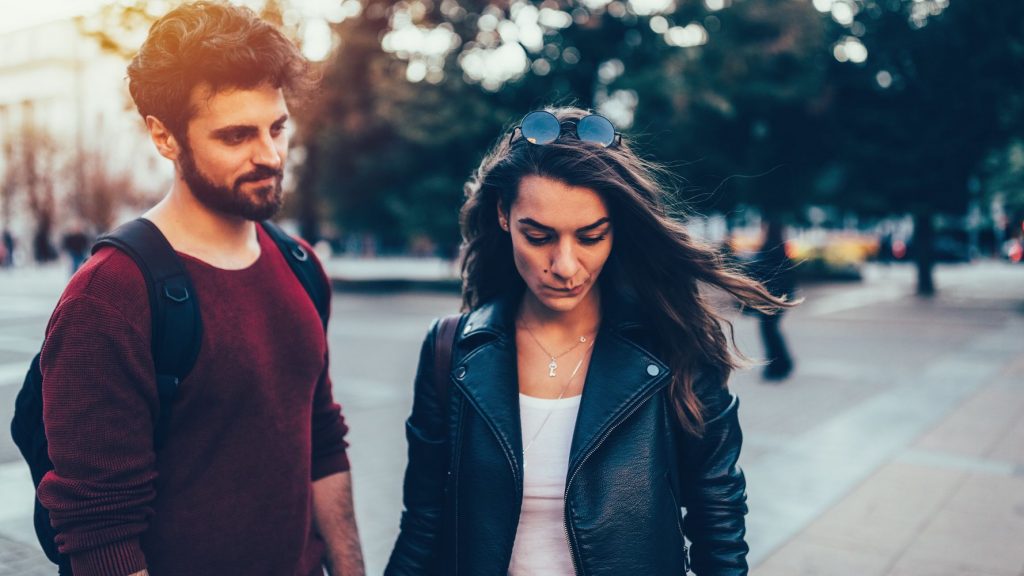 If you liked the most beautiful girl in college, would you approach her? Either because she looks inaccessible or seems like every boy's choice, you might think that she won't consider you at all. Many beautiful women suffer this same fate.

You might see a beautiful, strong woman and think that she is already in a relationship. "She has everything. How could she possibly not be taken?"

While the nice, modest guys think the above, daring, annoying jerks, who are up for "thrills only" approach such women.

I had this pretty, curvy, assertive friend who reconnected with a male coursemate a few years after they graduated. Although he was married when they met again, he did mention to her that he was interested in her while they were in school. His reason for never acting on it was because she looked unapproachable, was so outspoken, and many of his friends admired her as well.

Like one guy said, "You turned down even the most popular guys, so how could I compete with them? I thought you wouldn't even look at me." He must have felt this way too, but maybe the outcome would have been different if he had tried. 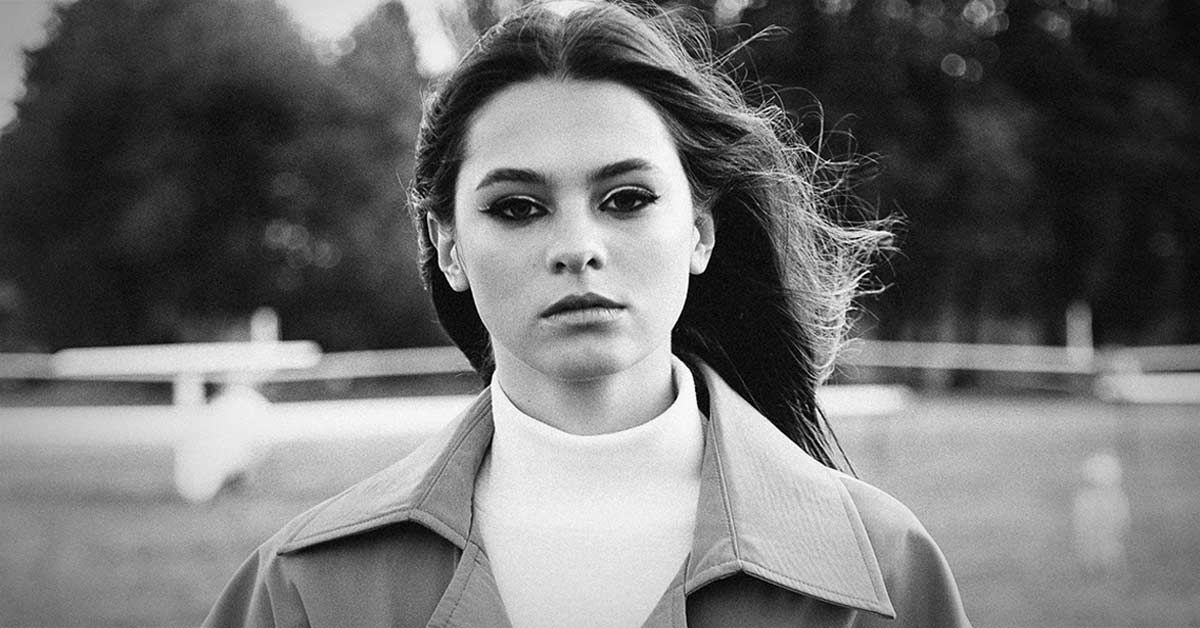 When she has her standards set too high, she keeps ignoring opportunities until the right person passes her by. When a man notices that a woman's standards are too high for him to meet, he walks away.

By the way, some of these women think that the moment they see "Him", they will know he's the one. It doesn't always work this way.

There are no perfect relationships, just as there is no perfect man. We fail and try again. If she is too scared to try, she will never start. And that is choosing to be a Single Pringle.

She Is A Perfectionist 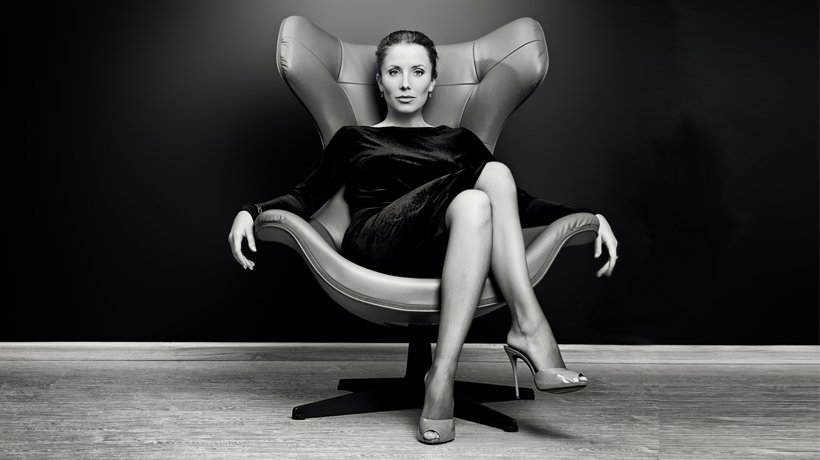 A perfectionist expects perfection not just from her job, or herself, but from her man as well. It's okay if we wake up early to start our day, but what if we want to stay in bed till noon or leave the dishes till the next day? Nothing will happen, but, a perfectionist might go crazy at the thought of it.

She wants everything done perfectly and when it's not, all hell breaks loose. Men don't want that - except he's a perfectionist as well.

When They Approach Dates With Their "Masculine" Energy 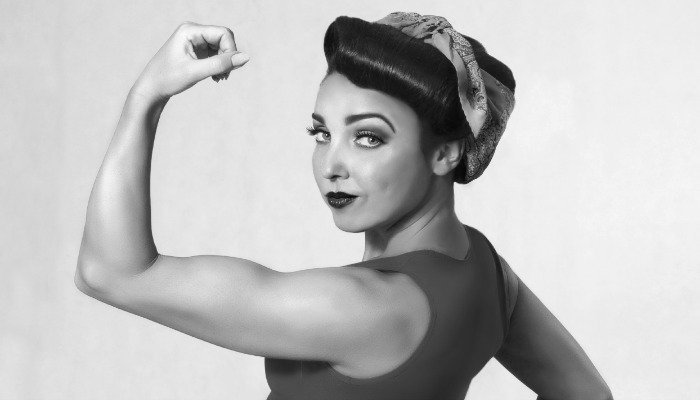 To be recognized as a strong, successful woman at work, she might have had to be forceful and in control - as a man. While that may work for her secular endeavors, it won't work for her love life. If an active man is attracted to her but notices that she wields that masculine sword even in her love life, he won't want to stay.

On the other hand, efficient and strong women sometimes attract passive men unwilling to put in the work a relationship needs. In light of these, many strong women remain single.

In a world where equality is the order of the day, many fail to realize that in relationships, it's better to appreciate each other's strengths while managing each other's weaknesses. Where he is strong, she is most likely weak, and vice versa. Exhibiting any of the above could deter men from pursuing those we know to be strong, ideal women.