A bull bison at Yellowstone National Park gored a 71-year-old woman. That makes her the third person to suffer such an attack this year.

The woman was visiting the park with her daughter, and they returned to their vehicle when they unknowingly approached the animal, which went on the attack.

Although the woman was injured, the injuries were not serious. She was taken to West Park Hospital in Cody, Wyoming.

Earlier in the week, a 34-year-old man from Colorado was attacked by a bull bison. He was with his family, and they were walking close to Giant Geyser at Old Faithful in Yellowstone Park.

A few months ago, on May 30, a 25-year-old woman was attacked by a bison when she approached it close to a boardwalk at Black Sand Basin.

Officials at the park have advised people to maintain a distance of at least 25 yards from bison and other large animals and ensure enough space between them on trails, campsites, and boardwalks.

The officials noted that the animals are very protective of their young in spring. Bulls tend to be more aggressive in July and August when seeking attention from the females.

Bison may offer warnings when they feel threatened. They may bob their heads, paw, or snort when someone gets uncomfortably close. 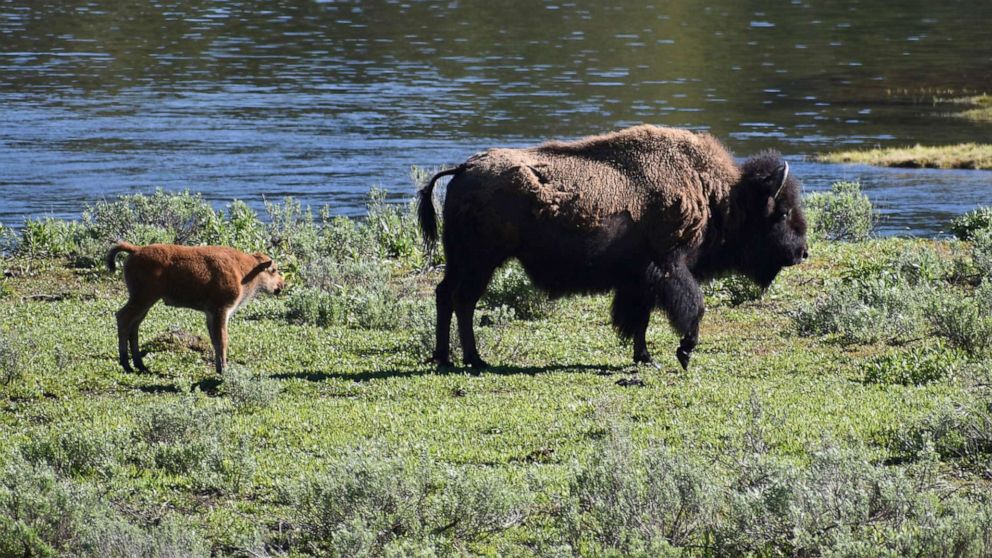 When this happens, people are advised to make a run for it rather than trying to hold their ground.

Yellowstone's website warns that bison have injured more people than any other animal. The site also reveals that the animals are unpredictable and can run "three times faster than humans."

The park was closed after serious flooding destroyed roads and bridges and forced people to flee, but that section of the park was opened after a couple of days.

Yellowstone's superintendent, Cam Sholly, was excited about the reopening:

"We're pleased to reopen the north loop of Yellowstone to the visiting public less than three weeks after this major flood event."

Sholly said this in a statement to the press.