Ariana Grande was born in Florida, and she got in front of cameras as an entertainer at a pretty young age. She performed in Broadway shows and got minor parts on TV.

These experiences helped her get a role on Victorious. Later, she appeared in Sam & Cat.

From there, she got into music; and so far, she has released 6 studio albums. Today, she is a popular singer with lots of fans on social media channels, including Instagram, Twitter, and Facebook.

Grande has also stood out for being part of many whirlwind romances. Her partners were typically very famous people, and she actually worked with some of them. 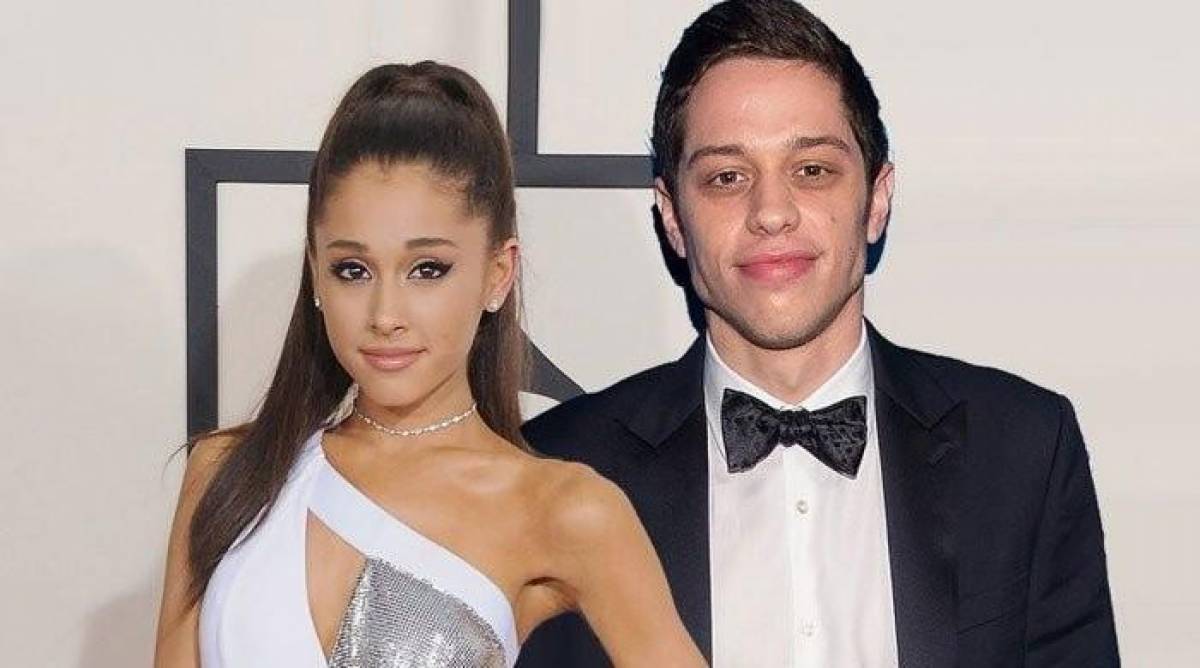 Ariana Grande and Pete Davidson met during an episode of Saturday Night Live in 2016.

In a Vogue interview, she referred to the Saturday Night Live comedy star as an "amazing distraction." When the two started dating, Ariana had just gotten out of a long-term relationship with Mac Miller.

Clearly, the relationship was quite rushed, and it ended abruptly before it was rebooted at her agent's persuasion after a short time. It seemed that things were back on track, and Davidson actually got a couple of tattoos dedicated to the singer.

The two even moved in together before they made a surprise engagement announcement. The milestone was confirmed later than a month by Davidson on Jimmy Fallon's The Tonight Show.

Unfortunately, the engagement was suddenly broken off five months after it began, bring to an end yet another of Ariana Grande's short-lived romances. Apparently, the relationship ended after Mac Miller's death, and Davidson claimed that his demise had something to do with it:

"All I do know is that she really loved the s**t out of him and she wasn't putting on a show or anything."

Ultimately, the two covered-up tattoos they had gotten in each other's honor. 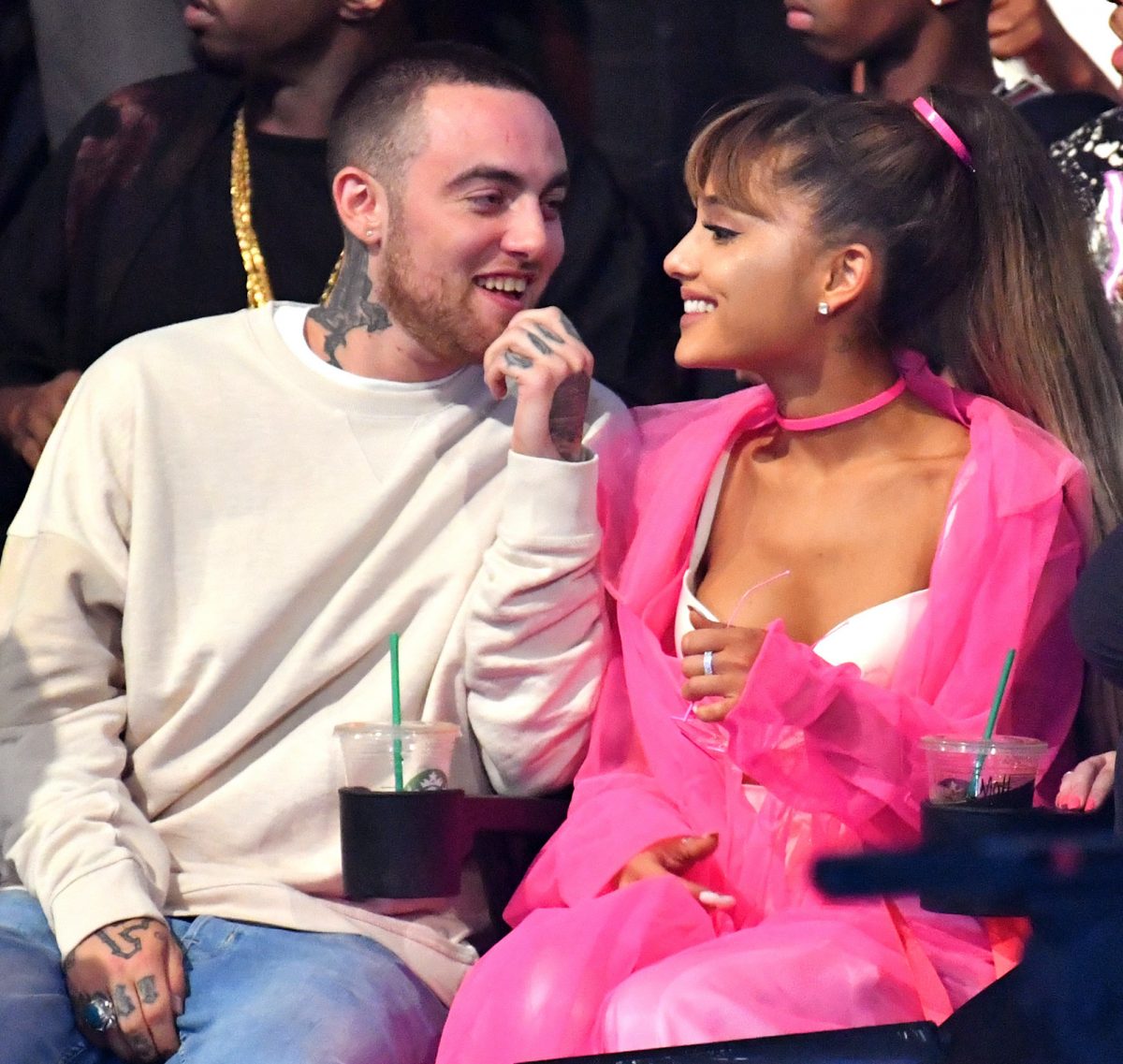 This is the most discussed of Ariana Grande's relationships. Miller and Grande met in 2012, but they actually began dating in 2016.

When they broke up, Grande described her relationship with the rapper as "lethal" and "terrifying."

The two worked together on various songs, and the relationship lasted for almost two years. Even after they parted ways, they were still on good terms, and Miller even congratulated Grande after she got engaged to Davidson.

Miller tragically passed away in 2018, aged 26. The death took its toll on Grande, and Davidson claimed this might have had something with the two breaking off their engagement after almost a year of dating. 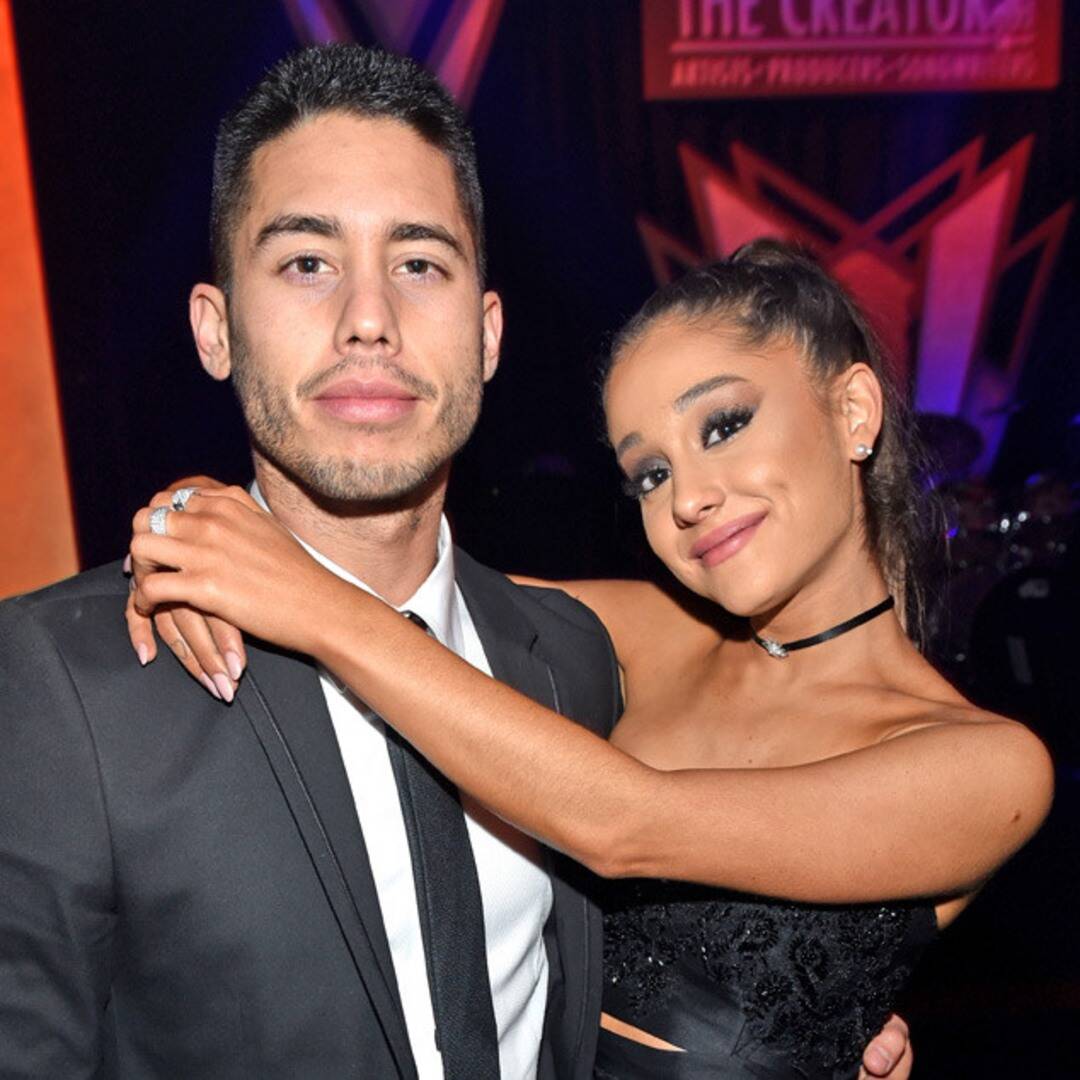 According to Grande, her relationship with Ricky Alvarez suffered the greatest amount of scrutiny. However, this public attention was topped by a video of her licking a doughnut and calling America fat.

The two began dating after they first kissed in public in 2015. Ricky Alvarez was her backup dancer. 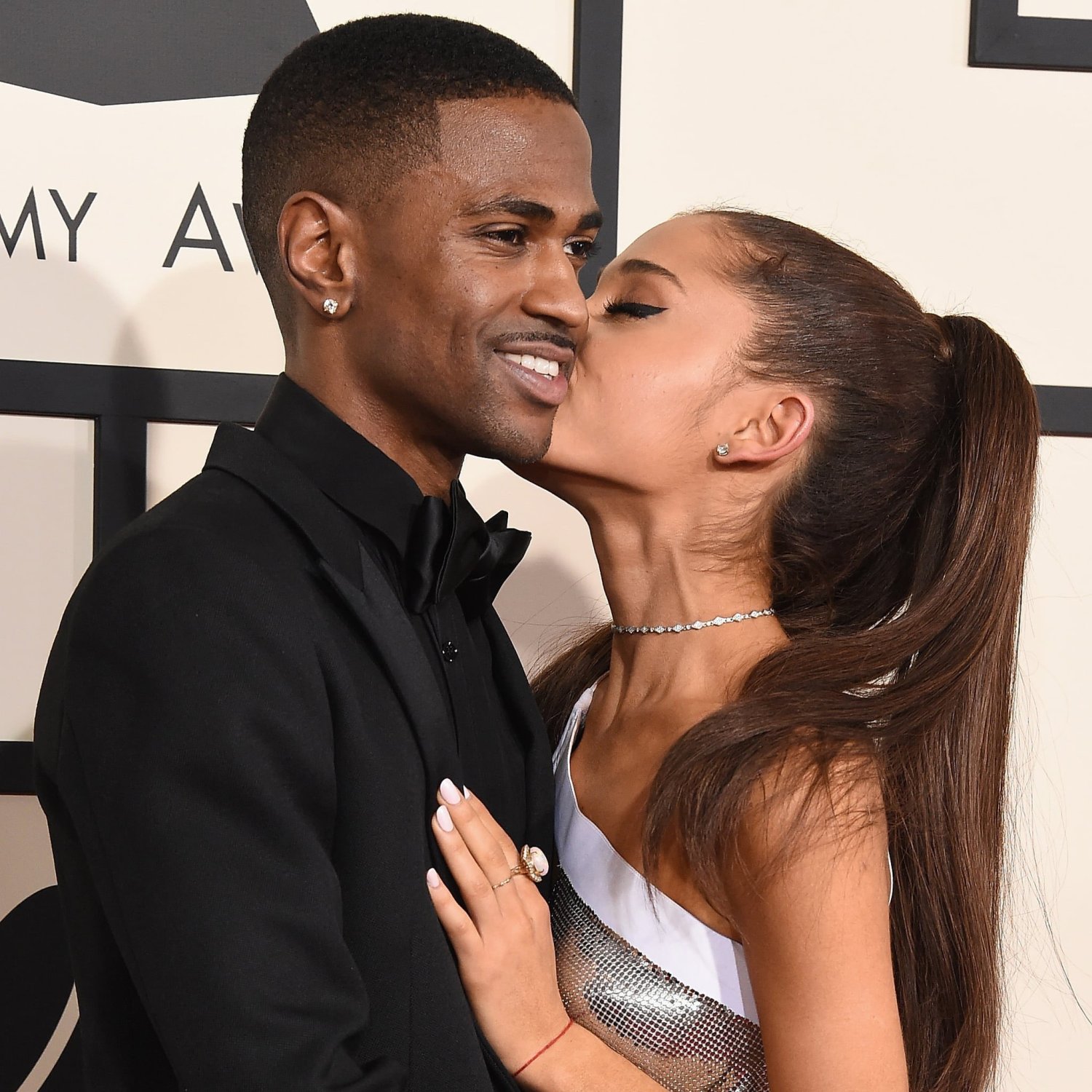 Ariana Grande and Big Sean met during the making of his song, Right There in 2014. The couple was always on gossip columns, but they never revealed themselves to the public as a couple until they attended the 2015 Grammys as an item.

Grande and Big Sean were also seen together at a Los Angeles recording studio. They parted ways due to scheduling conflicts in the year 2015 after eight months of dating.

During their time together, they recorded many songs together, including Big Mistake. She later mentioned him in Thank U, Next, saying: "Thought I'd end up with Sean/But he wasn't a match." 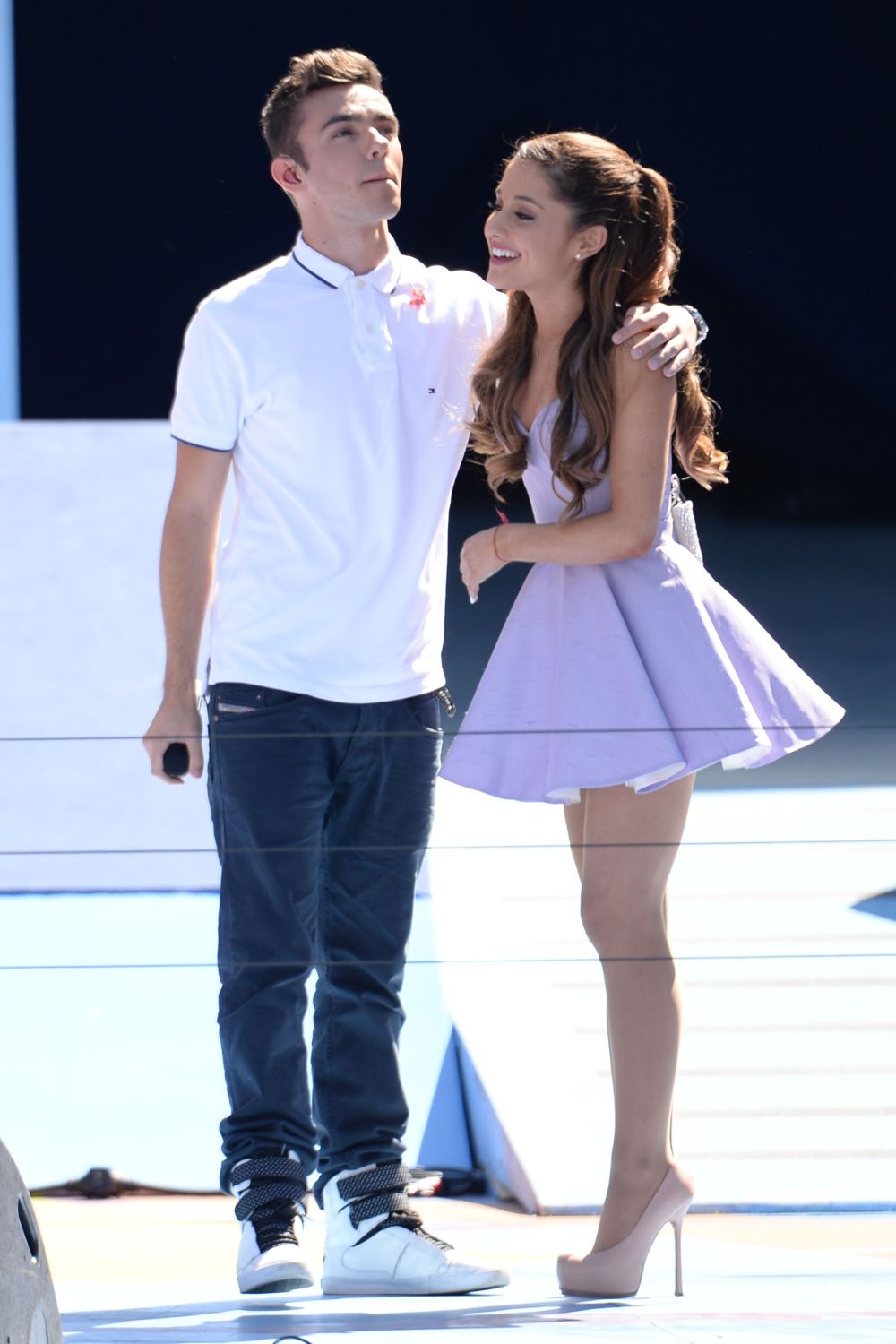 The two singers first crossed paths in 2013 but formally started their relationship as a couple some months later while doing Almost Is Never Enough. They dated for about five months before their romance came to an end in December of that year.

Apparently, they walked their separate ways because they "hardly ever saw each other."

Nevertheless, they maintained a good friendship and got together to work on another song three years later. That was not surprising considering that Grande was quite respectful of Nathan's talent and described him as "one of the most talented vocalists I've ever heard in my life." 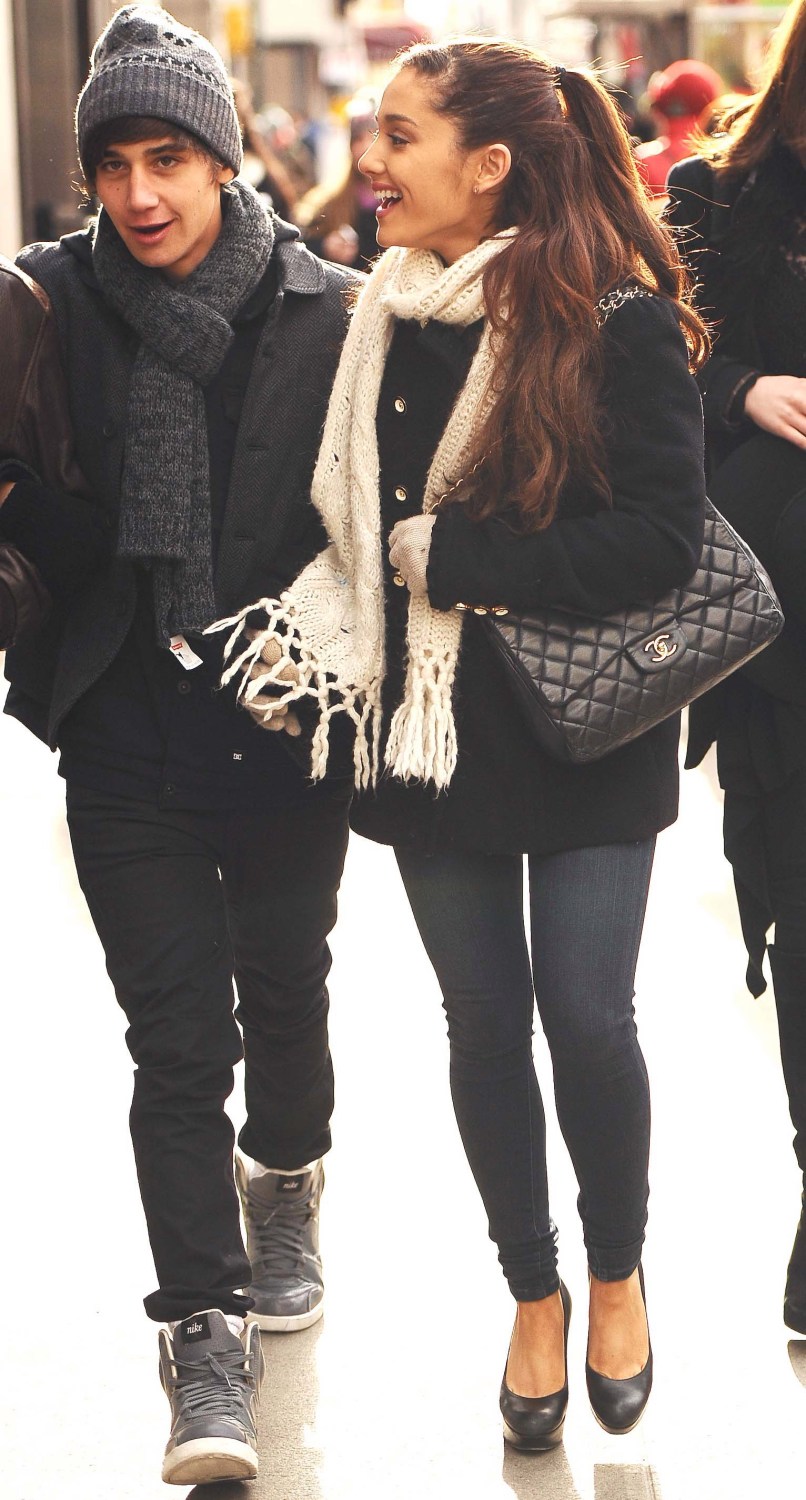 Jai Brooks and Luke are members of the Australian prank group, The Janoskians. Jai Brooks and his twin brother Luke were trying to see who would be the first to get Grande's attention through social media.

That's how Grande and Jai Brooks came to know each other in the year 2012. He made a video telling her why she should date him.

The two finally met face to face a year later, in 2013, after many Skype and phone calls. They split a year later in 2014, with Brooks accusing Grande of seeing Nathan Sykes behind his back. 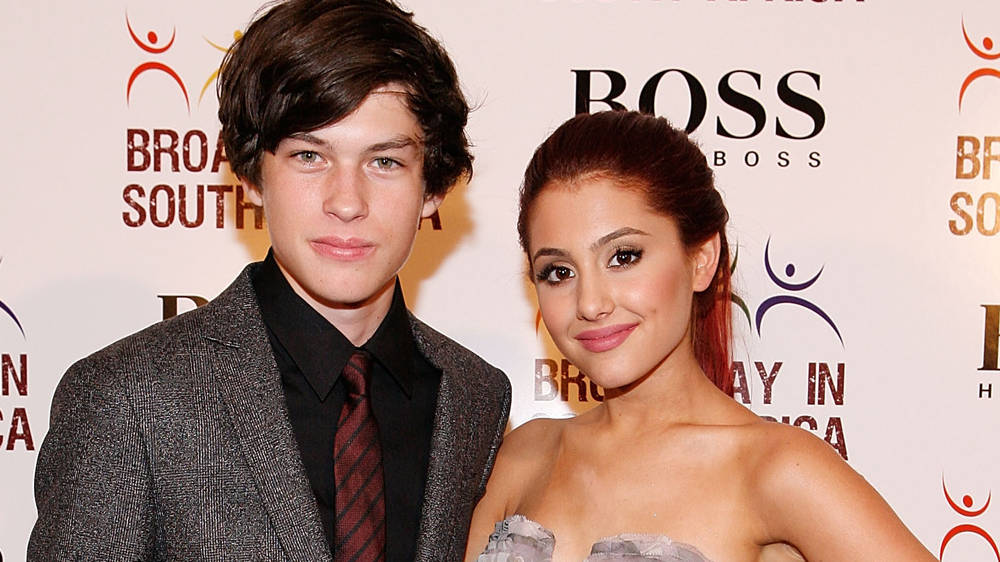 Graham Phillips met Ariana Grande in a Broadway musical 13, which was her professional debut, in the year 2008. The two were very public with their relationship, and they attended the Emmys together.

The relationship came to an end in December 2011. At the time Grande started dating Graham, she was a teenager. 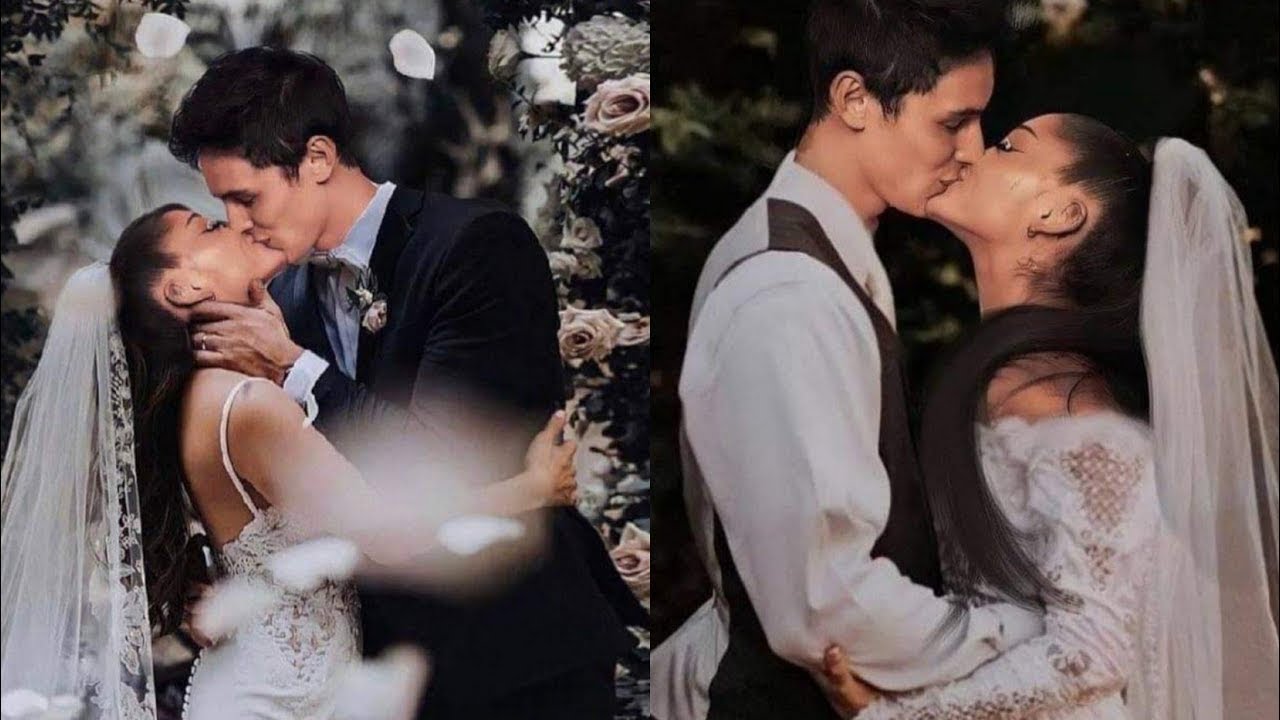 Ariana Grande has certainly dated more than a few guys over the past few years. Later, rumors emerged that she was seeing Dalton Gomez.

The relationship had started in February 2020. In December of 2020, they announced their engagement, and Dalton gave her a big diamond ring.