True love doesn't see color, age, or any other discriminations, and one Texan couple is the living proof.

A CFO and one of his employees matched on Tinder, and their connection was so deep he quit his job.

It is against most companies' policies to date colleagues, so Rick made a plan to keep him and Alyssa together.

At that time, he was the big boss at the organization they were both working at. Rick had noticed Alyssa at work, though. To him, she stood out from the others - he said she had 'this energy.'

For some reason, Rick didn't make the connection between Alyssa from work and the lady he met on Tinder. 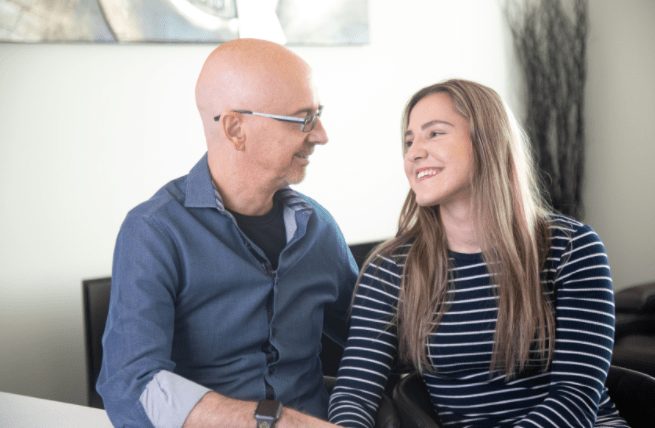 Had they started dating, things could have gotten uncomfortable for them. However, they didn't want to pass up the chance to see if their relationship could be something special.

The two met outside of their town for lunch to discuss what they should do. Alyssa didn't have any trouble recognizing the man she matched with.

She didn't want to cause any trouble either and told Rick that they could not date.

As the CFO of the company, he had a lot to lose. It could easily look like he was using his position of power to charm the younger Alyssa.

Their Connection Made The Decision For Them

Despite the difficulties of their situation, the two couldn't resist each other and started dating anyway.

Rick and Alyssa saw each other frequently, and their relationship became much deeper as a result.

After a few months, Alyssa had some trouble with her flatmates. Rick suggested that she move in with him and their relationship went to the next level.

The couple has been together for more than a year now and is still deeply in love.

Alyssa is so devoted to her lover that she's just waiting for a ring, and she doesn't care if she may have to one day change Rick's diapers.

She feels that you don't know how long you will be on this planet - just go through life with your loved ones.

Alyssa's life may now be a fairytale sealed with true love's kiss but she faced obstacles in her life.

She grew up relatively stranded after one of her legs was excised above the knee because of Paraxial tibia hemimelia.

As a result of her challenges, Alyssa isn't like other 22-year-old women. She's not into the partying life that people of that age usually are.

She's happy to go to bed with Rick at 10 pm and live a peaceful life.

Rick and Alyssa don't expect to have any children together. They are happy together but don't think they will have a big family.

The two have their own kind of happiness, though, and don't need babies to add to their relationship.

Their age gap isn't a problem either. Rick says, 'it just works' and if they're happy, who can tell them otherwise?