On Christmas day, 2016, George Michael's death shook the world. Georgios Kyriacos Panayiotou was an artist capable of smashing all the music rivals, including Micheal Jackson and Prince, and had a uniquely fascinating but saddening career, influenced by personal tragedies.

George Michael in the 80s was a force to reckon with. It started with Wham! and Last Chrismas, but the real fame followed after his first solo, Faith.

Many fail to acknowledge that George Michael in the 80s was a bigger star than Michael Jackson, Prince, or Madonna. At least in the late 80s.

George Michael, in the 80s, was on top of the world, but his skills, as singer/songwriter, would not come out before hitting a massive fall from grace.

However, all that changed, yet despite his death at 53, George Micheal's legacy is stronger than during his final years.

George Michael's Death Brought Him A New Army Of Fans 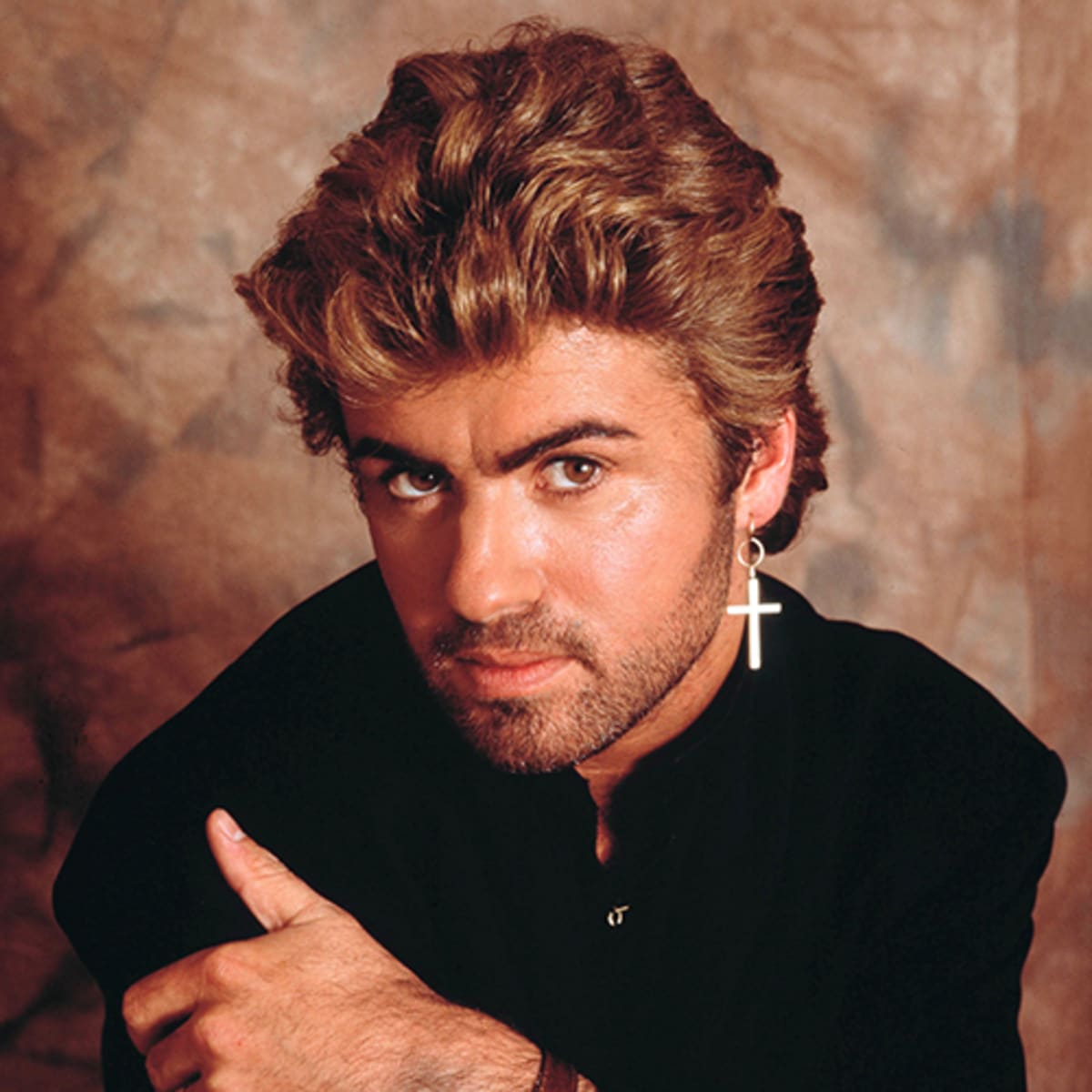 It was, ironically Christmas day, when George Micheal passed away. George loved this holiday, and most of us heard the news while singing Last Christmas.

We did not hear much about him in his final years, but he had already earned iconic status.

However, as soon as the world learned about George Michael's death, his celebrity only grew. 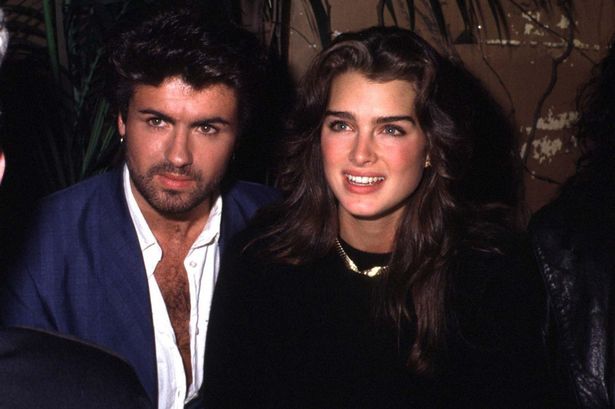 There are several reasons, and all of them only show George in the best of light.

As a superstar of the 80s, George was supposed to continue this path of massive success. There were several issues with that, and that's how he almost crashed all he worked for.

George Michael, in the 90s, spent plenty of time in the courtroom, fighting Sony. It was a losing battle, but it gave him credibility as an artist.

Before the Sony battle, things went from bad to worse, as George met Anselmo Feleppa, a Brazilian designer. The couple met in Rio, and Anselmo was George's fan who became the love of his life. The two had it all until Anselmo's death in 1993.

He died of AIDS-related complications, leaving George a shell of a man.

But, as with any great artist, the grief turned into a masterpiece, known as Older. 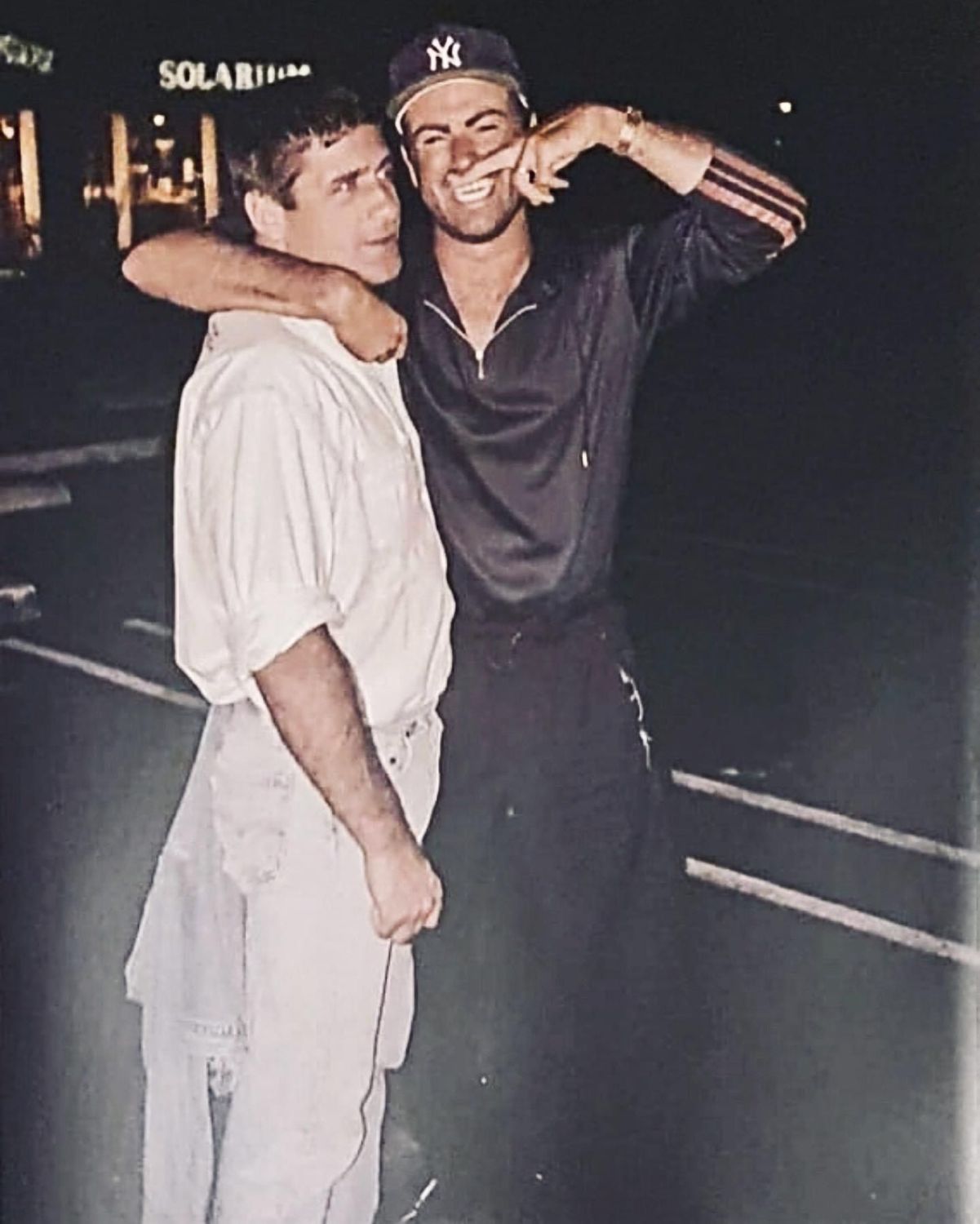 Anselmo Feleppa and George spent together less than two years. They moved in together a week after becoming a couple, and George no longer cared about his image. He knew he was gay, and at 27, he finally had someone to love.

The opening song, Jesus to A Child, openly talks about losing a lover, grief, and pain. The previous album, Listen Without Prejudice from 1990, already showed George's take on the world, fame, and celebrity. With Older, he showed his heart.

It was a miracle that George Michael's death did not come sooner in hindsight. In the 80s, he was doing drugs for fun. But, in the 90s, he was trying to escape the pain.

With Fastlove, Spinning the Wheel, and Star People, George was sitting on the throne. The album from 1996 was a massive success in Europe, but it did not touch the US. Why?

Well, that was between the tabloids and George. A battle that would only end once he passed away.

He recorded a phenomenal MTV Unplugged, but then his mom passed away, and George was again going through an emotional rollercoaster.

And this is where things got out of control.

As stated, George and the tabloids were constantly at war. Talking about the 90s, George said:

"Everything was going my way. I was happily marching into the history books. Then it all just fell apart."

The events from 1998 again threatened to end his career.

Again, if you take a closer look, you'll discover that it was a homophobic, borderline torturous experience, but it gave us Outside. 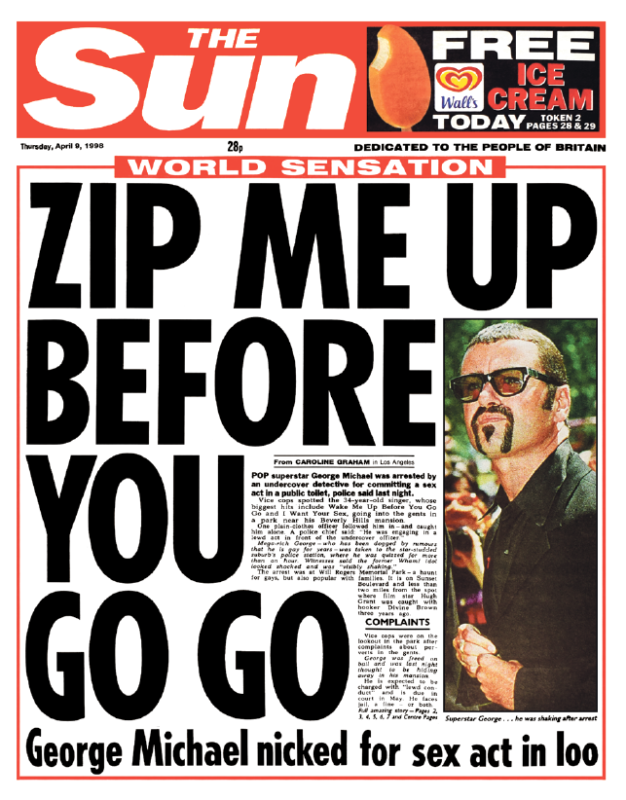 Remember, people still did not know whether George was gay, bi, or asexual, though he pretty much said it all in his songs.

An undercover police officer was seducing George in a public bathroom and arrested the musician for engaging in a lewd act. That is the shortest version, and there is no need to get into that case any deeper. All was said and danced away in Outside.

Due to his arrest, George, who had just started dating Kenny Goss, was in the middle of the media circus. George Michael was forced to come out, which is the biggest crime in this incident.

Yet, he turned it into a fantastic dance tune and made fun of the LAPD.

Though George Michael's death brought many tears, stories of his songs brought him new fans. Things were seemingly okay, but George did not quit substance abuse.

A Genius, Both As An Artist And A Celebrity

As we learned only a few days ago, George was an anonymous donor to a London borough and their annual Christmas display.

His charity efforts only came to life after George Micheal's death.

In the 2000s, he established himself as an artist with only a handful of albums, but he never reached the same level of fame as in the 80s.

His 2004 album Patience, led by Amazing, a song dedicated to his live-in partner, Goss, was a hit among his fans. Outside, he was an outcast.

Charitable, loud, and proud, George wrote Shoot the Dog and Freeek! in 2002. The first song was his take on George Bush and Tony Blair's war on the middle East.

The latter was a great dance tune but way ahead of its time. Freeek! was criticized for being hypersexual. Yet, just a few years later, Kim Kardashian would make a fortune thanks to her sex tape.

So, Patience never truly saw the spotlight as George's previous albums, but it did well. And it indeed became more important after George Michael's death.

George took over the new Wembley during the 25 Live tour in 2007. The tour was a massive success, grossing over $200 million.

It marked 25 years in the business, and George Michael was more than ready to tackle another excruciating tour. Though he hated traveling, he was one with the audience, and if you listen to his live performances, you will understand what turned a Greek-English musician into one of the greatest.

George Michael, in the 80s, was a pop star. In the 90s, he was a musician. And in the millennium, he was finally supposed to be enjoying life.

The happiness, if there was any, was short-lived. 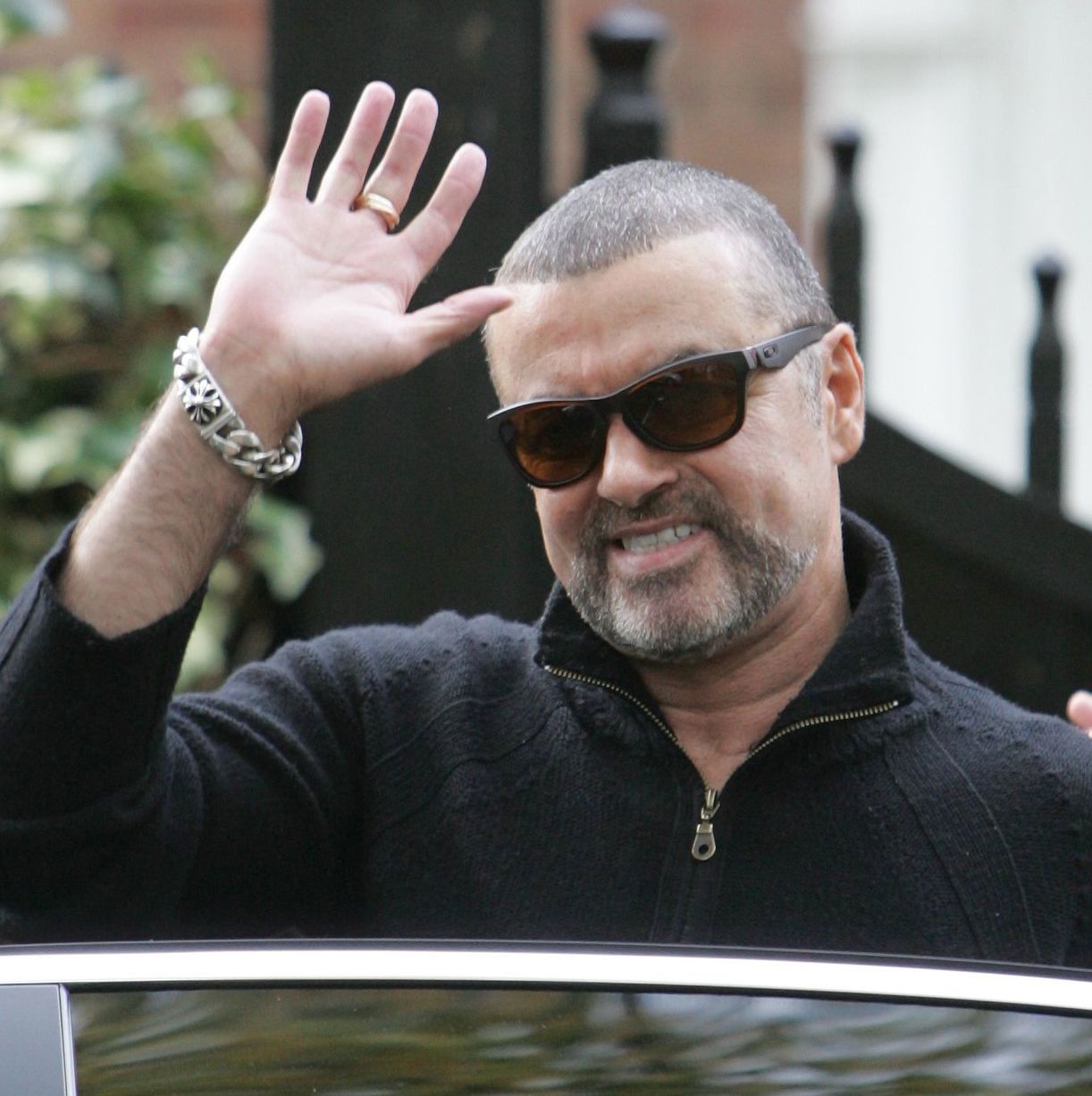 In 2011, he almost died of pneumonia. The song White Light describes this moment in George's life. Two years later, he was in a near-fatal car crash. In 2014, George Michael announced he was ready to quit drugs. 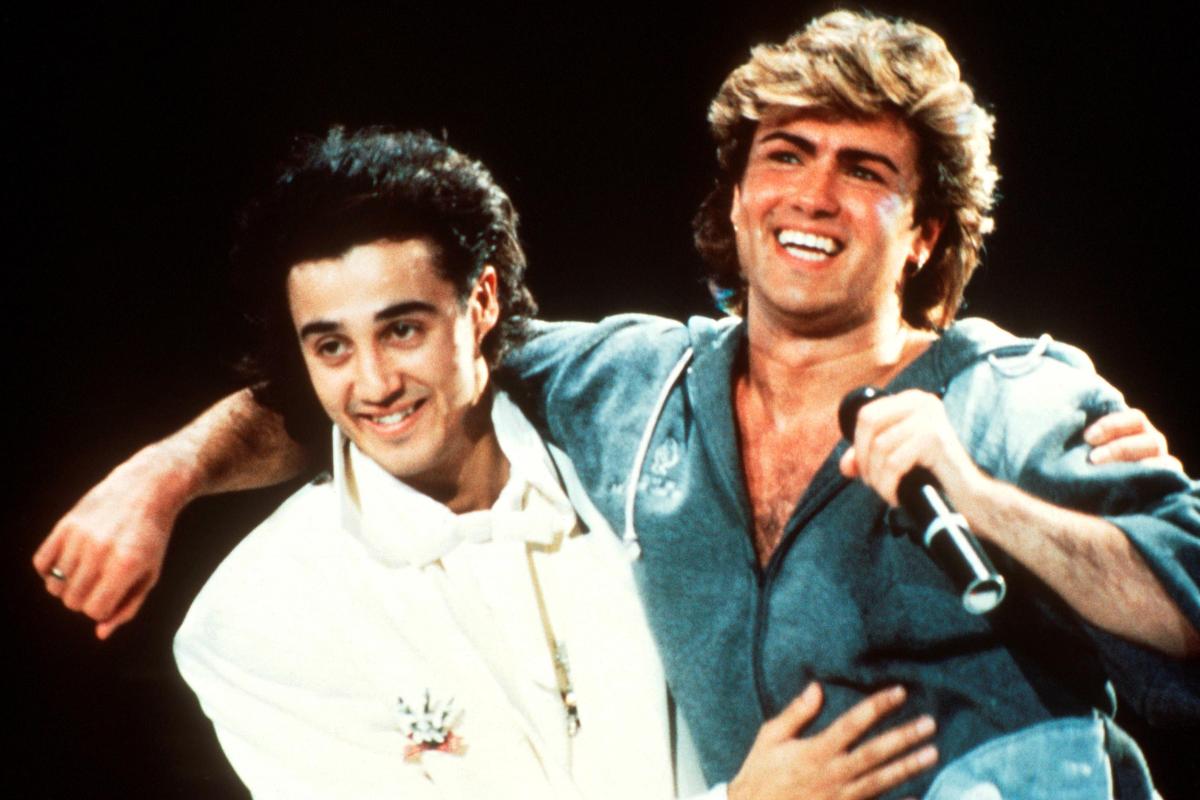 It was the last tour, as George Michael's death came before the world heard him sing live again despite his plans.

Symphonica, now, seems like a touching farewell. It was a clash between pop and classical music, mostly made of George's cover album, Songs from the Last Century.

Symphonica remains the only light in George's career in the 2010s. His charity efforts were unknown or less known to the public, so all people saw was a bloated, sad-looking person drowning in sorrow.

When the news of George Michael's death broke out, many thought it was suicide. But, that wasn't the case, as he was working on a new documentary, Freedom.

George Michael: The Story Behind The Music 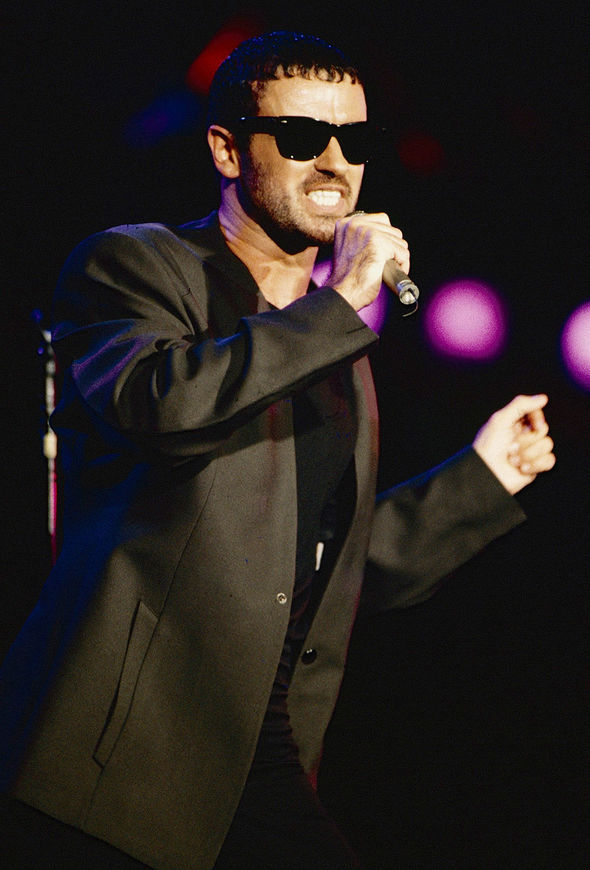 Five years after George Michael's death, we are left with his timeless music. Though everyone knows Last Christmas or Careless Whisper, you swing your hips to Faith while singling along to Freedom 90. Some underrated gems give a great insight into the mind of an artistic genius.

"I've achieved what every artist wants, which is that some of their work will outlive them."

In 1997, the single You Have Been Loved came out, another tribute to Anselmo Feleppa from Older. The B-side of the CD hides The Strangest Thing, one of George's most haunting songs about depression, grief, and darkness.

Faith, the album, had numerous hits: I Want Your Sex, Father Figure, Monkey, One More Try. The overlooked song, Hand to Mouth, is about those struggling, hopes, and dreams being crushed by reality.

Of course, Listen Without Prejudice Vol. 1 is a masterpiece now, but it was initially a flop due to George's decision not to appear in videos or tours. From Cowboys and Angels, a song about a love triangle, to Praying For Time, a soothing tune that is truer now more than ever, it turned George, a boy band sex symbol, into a top singer-songwriter. 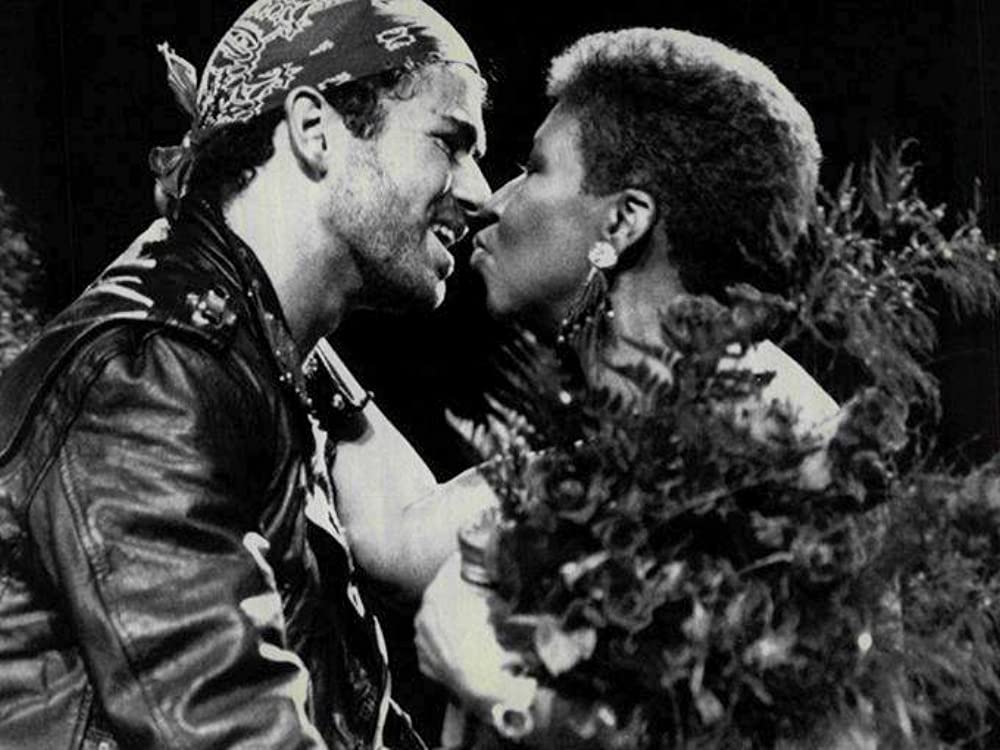 The haunting cover of Wonder's They Won't Go When I Go will leave you breathless.

Before George Michael's death, he expressed a desire to work with Adele. She was too busy at the time. However, George worked with some of the most mesmerizing artists, from Elton to Whitney. Perhaps his best collaboration was with Queen when he sang his heart out in a tribute concert for Freddie Mercury.

But, How Do You Keep the Music Playing? with Tony Bennett is another underrated gem, and so is Heal The Pain, a duet with Paul McCartney.

George Michael's death revived his short but impressively diverse music catalog. There is a reason Steve Wonder, Pavarotti, Beyonce, Aretha, and even some grunge artists loved him. George Michael came from a boy band, took over the world, and then went after the men in suits.

If personal tragedies, drugs, prison time, never happened, we would be lucky to hear more from this maestro.

In case you missed it, George Michael's death revealed that the artist stood against homophobia by becoming a spokesperson for the LGTB community. He had a love/hate relationship with the US, as he sang in Crazy Man Dance.

"I had to walk away from America, and say goodbye to the biggest part of my career because I knew otherwise my demons would get the better of me."

He stood up to all the whitewashing in the music industry by working closely with black artists, famous or not.

Let's just face it: George was not a delicious scandal maker as the press wanted us to believe. He was trying to be a good person while fighting depression and addiction. Along the way, he made music.

And, oh boy, that voice, those lyrics, they can make you fall in love, in lust, or just dance the night away!

Which song by or performed by George Michael is your favorite? Which underrated gem did we skip?