In 2011, a team of archaeologists made a remarkable discovery while working at the palace of Avaris in Egypt. They found 16 human hands in four graves within the palace compound. Two graves, located in front of the throne room, each held one hand, and the other two graves, located outside the palace, held the remaining 14 hands. 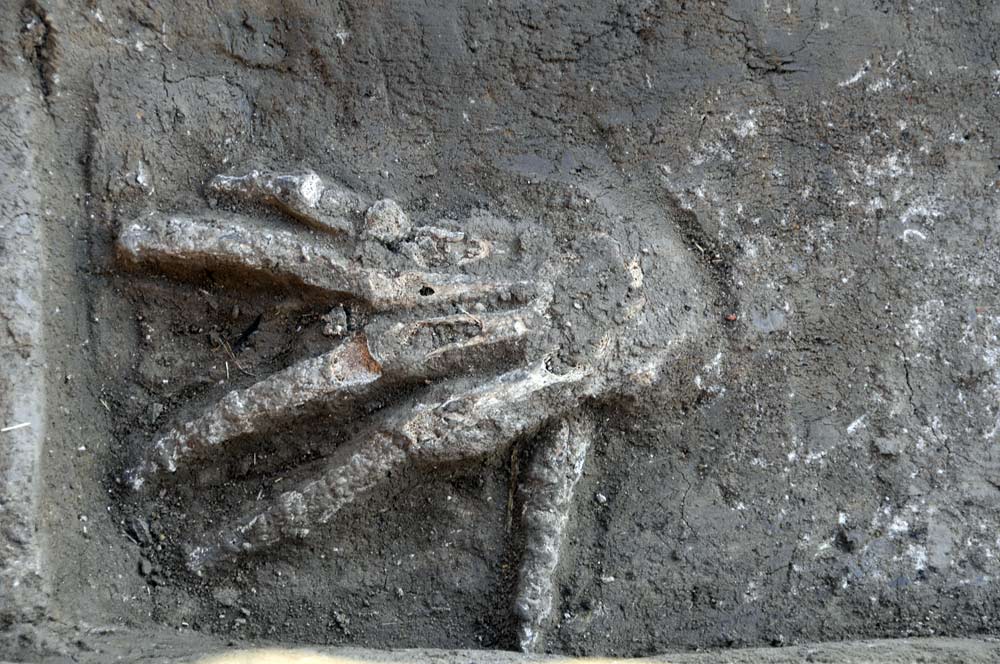 The archaeologists who made the discovery found that all the bones were from a ceremony that took place around 3,600 years ago. The 16 hands found in the four graves were all abnormally large. The four graves were located within what scientists believe to be the Hyksos complex. 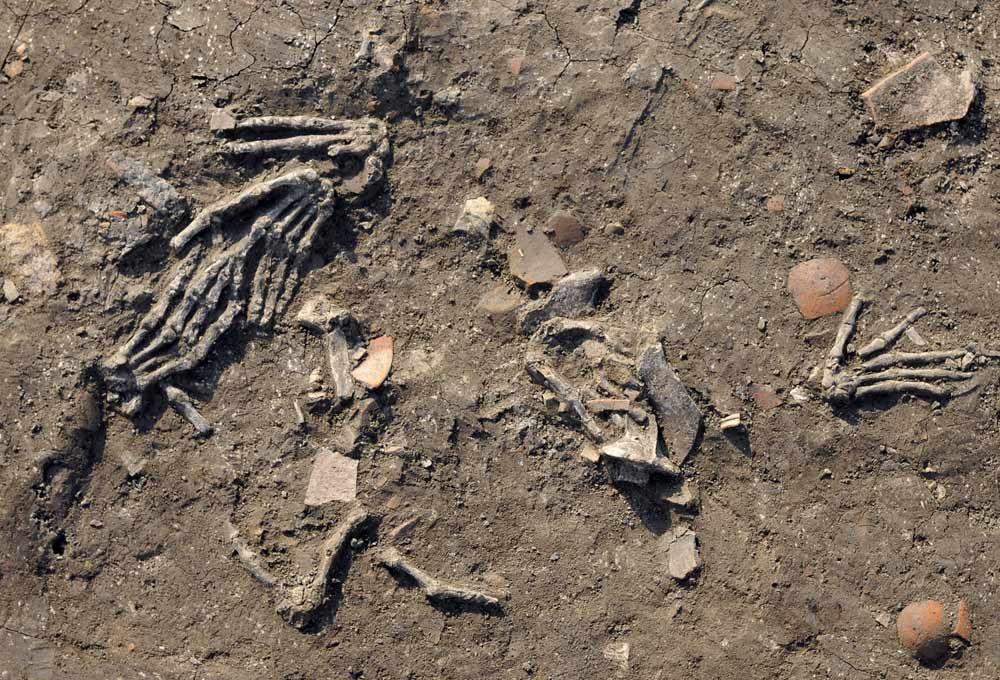 Manfred Bietak, an Austrian archaeologist leading the excavation of Avaris, told Egyptian Archeology that the discovery of cut-off hands supports the historical accounts found in ancient Egyptian writings and art. This is the first physical evidence of soldiers cutting off the right hands of enemies for a reward of gold.

Not only was cutting off the enemy's hand a symbolic way to remove their power, but the ceremony also had a supernatural significance as it was performed in a sacred temple as part of a ritual. 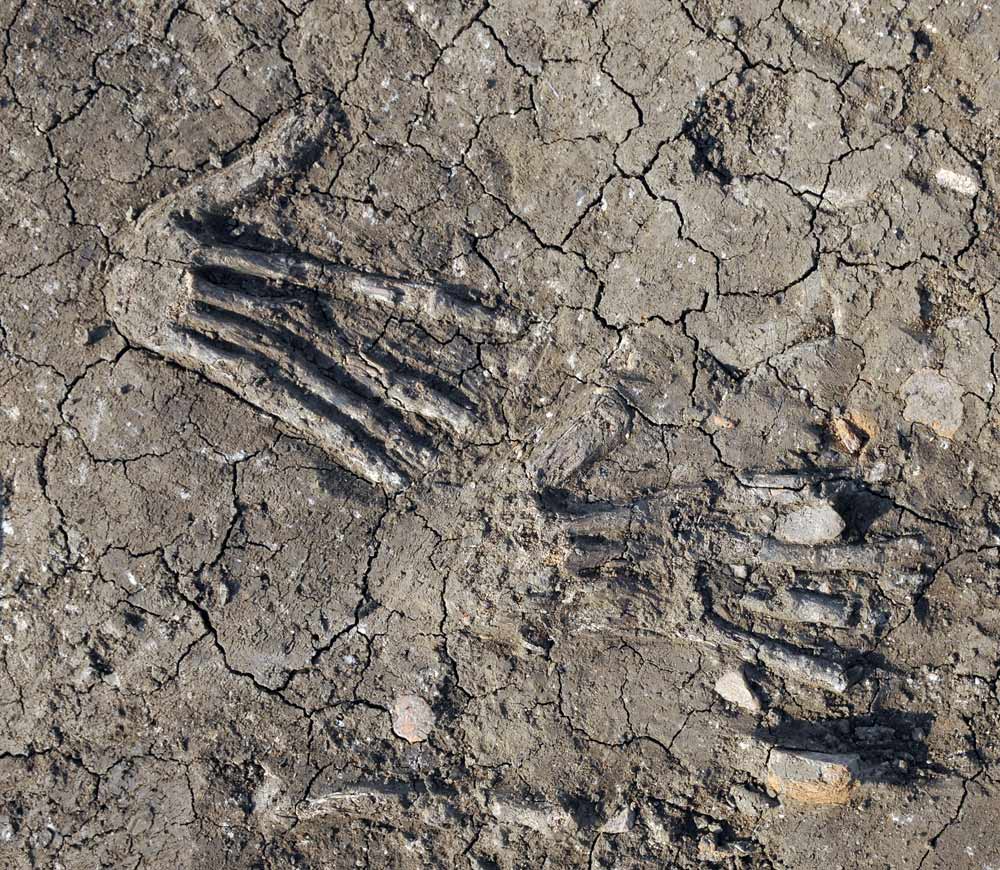 It is currently unclear whose hands were discovered, as there is no evidence to determine if they belonged to Hyksos or Egyptians. When asked to explain the significance of this ritual, Bietak stated: "You deprive him of his power forever. Our finding is the first and only physical evidence. Each moat represents a different ceremony."

The two pits, each containing a hand, were located in front of a throne room. This area of Egypt was once controlled by an invading force, believed by most historians to be Canaanites, so there may be a connection to their presence. Additional hands, which could have been buried either at the same time or later, were found on the outer grounds of the palace. 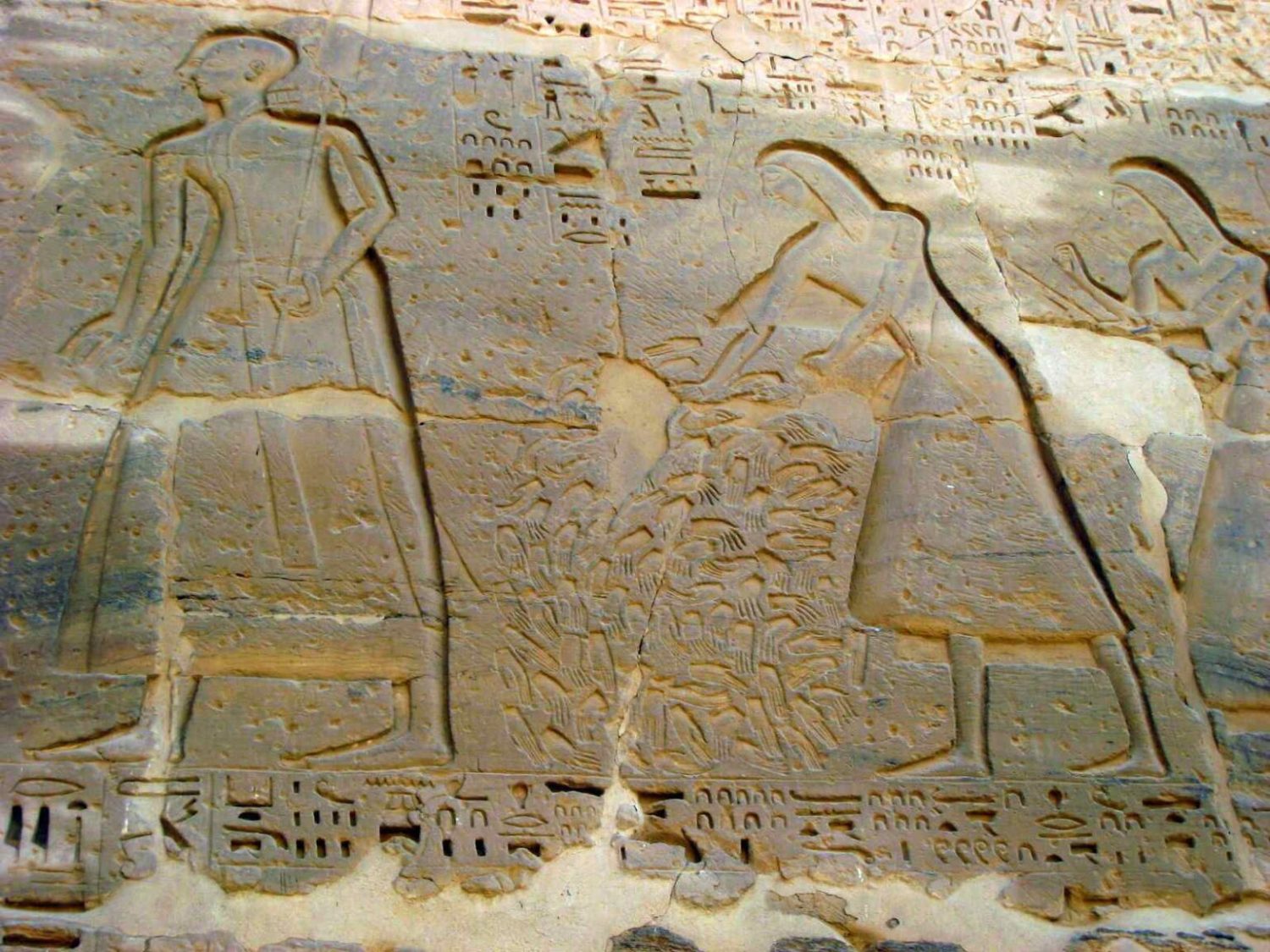 The discovery of these sacrifices is not surprising in a region that had experienced foreign invasion. The ancient Egyptians often invoked their gods to inflict plagues, famines, or other forms of punishment on invading armies. It's possible that these sacrifices were part of a curse against the invading forces.

Further investigation is needed, but the evidence suggests that this may have been a ritual for a god or gods. The identity of the individuals whose hands were discovered remains uncertain. However, the fact that the hands were unusually large suggests that the people were chosen specifically, which is more consistent with the idea of a sacrifice rather than the killing of invading soldiers.

The fact that two hands were buried separately may suggest that the offerings were made with the intention of particularly pleasing the gods. This could also support the theory of a Hyperborean civilization, as some ancient texts describe this civilization as having unusually large individuals and originating from Lemuria, which was said to have been submerged by the waters of the Indian Ocean.

This discovery could provide insight into the true nature of a civilization of enormous dimensions, and the discovery of these giant hands could illuminate ancient stories that were previously considered fables or conspiracy theories.