When it comes to not giving a damn about anyone else, some people are clearly ahead of anybody else. These folks know how to make their lives better or fun at everybody's expense, and it doesn't bother them at all.

We like to call these people jerks, and usually, we know how to deal with these annoying people.

But what are you supposed to do if the biggest jerk you have ever met is your own boss?

As you know, getting a good boss is a godsend.

Bad bosses can make your life hell. The worst part is that some of them get off acting like jerks towards their employees, knowing that there is very little their workers can do about it.

Here is a list of bosses who took being a jerk to the extreme. If you have a boss who you often consider a jerk, the experiences these people went through will leave you dumbfounded and hopefully thankful that your boss would never do anything as despicable.

So, make yourself comfortable. You are about to hear things you could never have imagined anyone was capable of doing to another human being.

If your boss is as huge a jerk as you think, then you might find some of these situations quite relatable.

1. Boss Calls Employee To A Meeting During Their Day Off Just To Ask Them To Set Up The Meeting Room 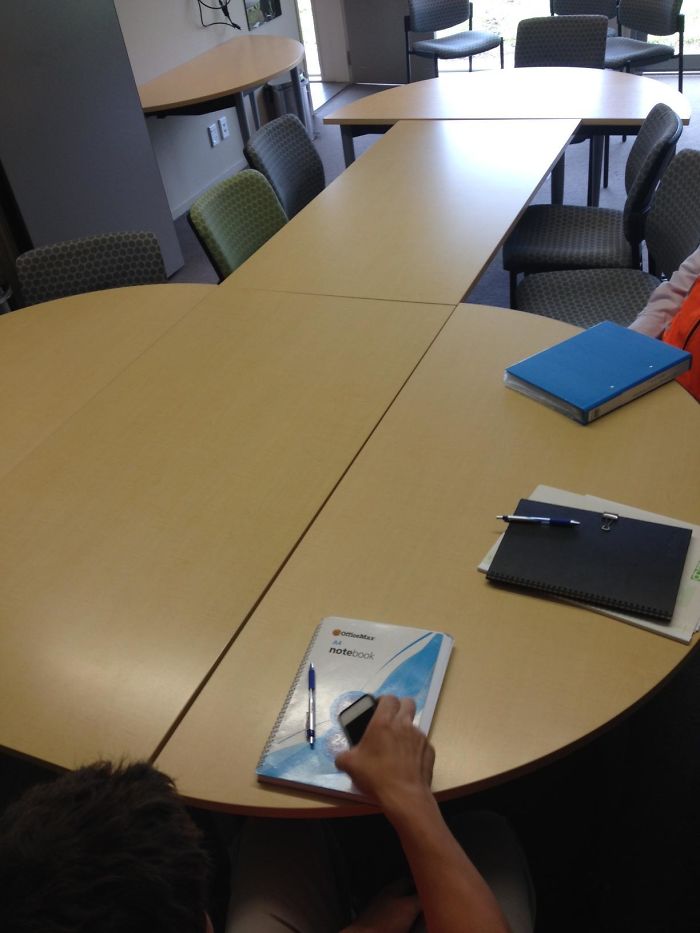 2. Employee Got A $50 Walmart Gift Card As A Christmas Gift. They Were Thrilled, But Then Realized It Was Also Deducted From Their Pay 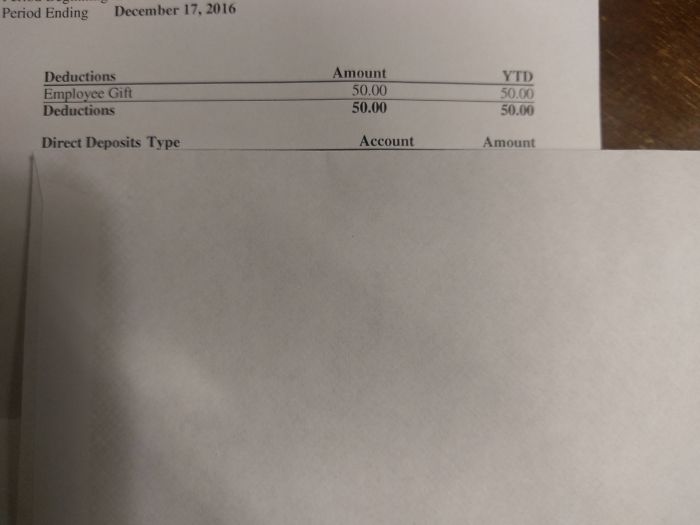 3. Their Boss Installed A Secret Video Camera In The Unisex Bathroom And They All Quit After Finding It 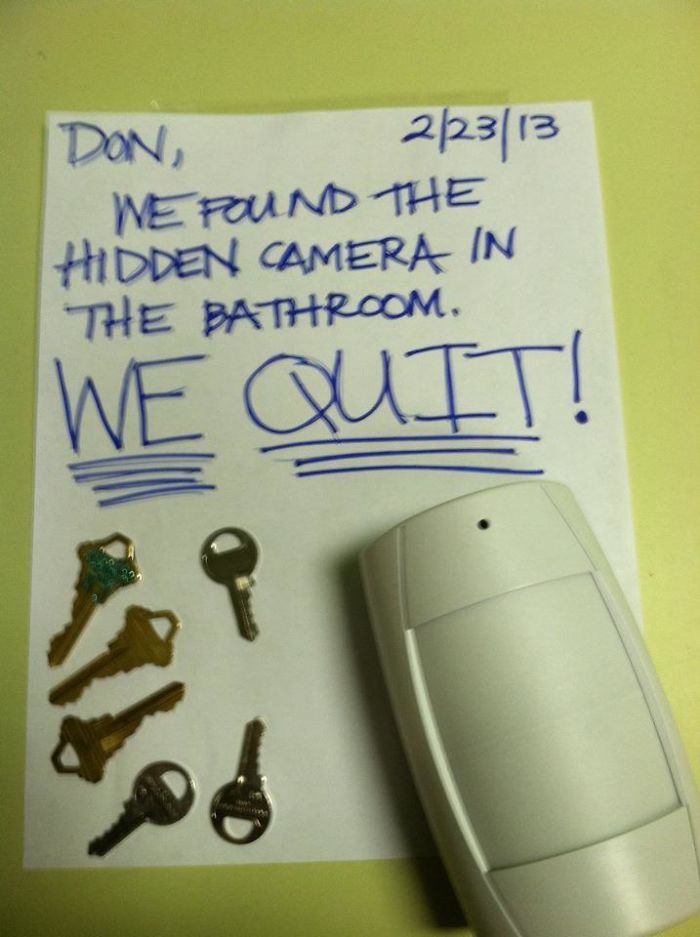 4. An Employee Brought A Pecan Pie To Work And Then Discovered It Was Missing Only To Find That Their Boss Had Helped Himself To It 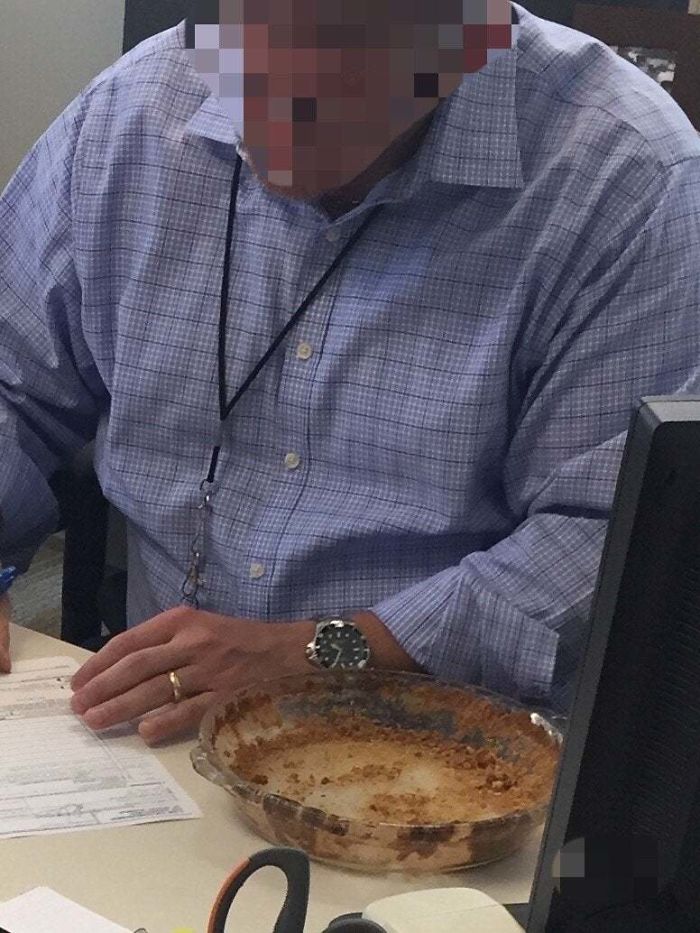 5. The Employee Couldn't Take It Anymore After Suffering An Attack At The Hands Of A Drunken Employee 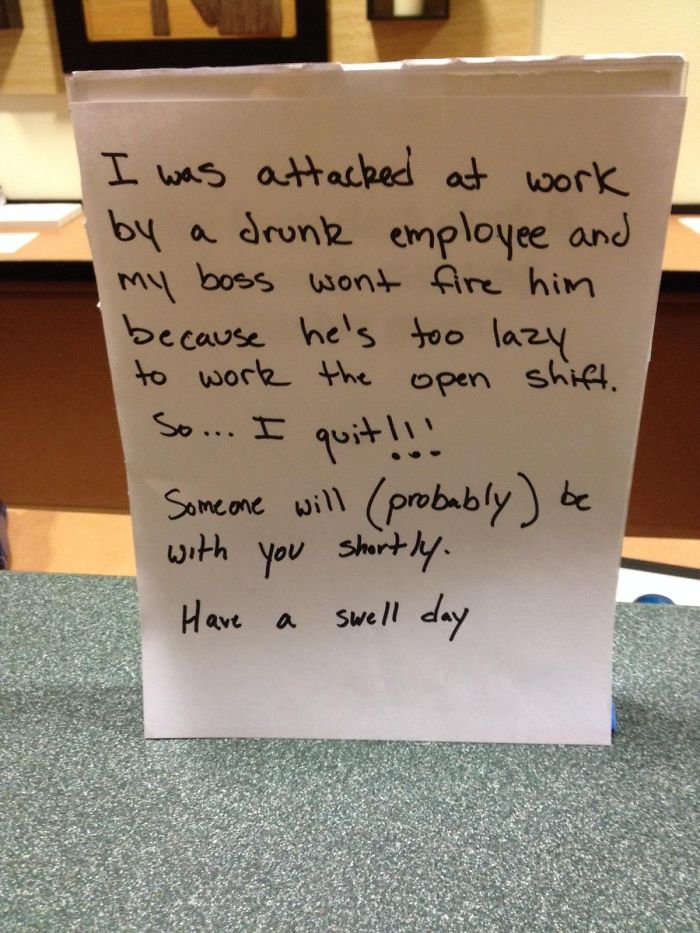 6. Boss Put A Secret Recorder Under The Break Room's Table 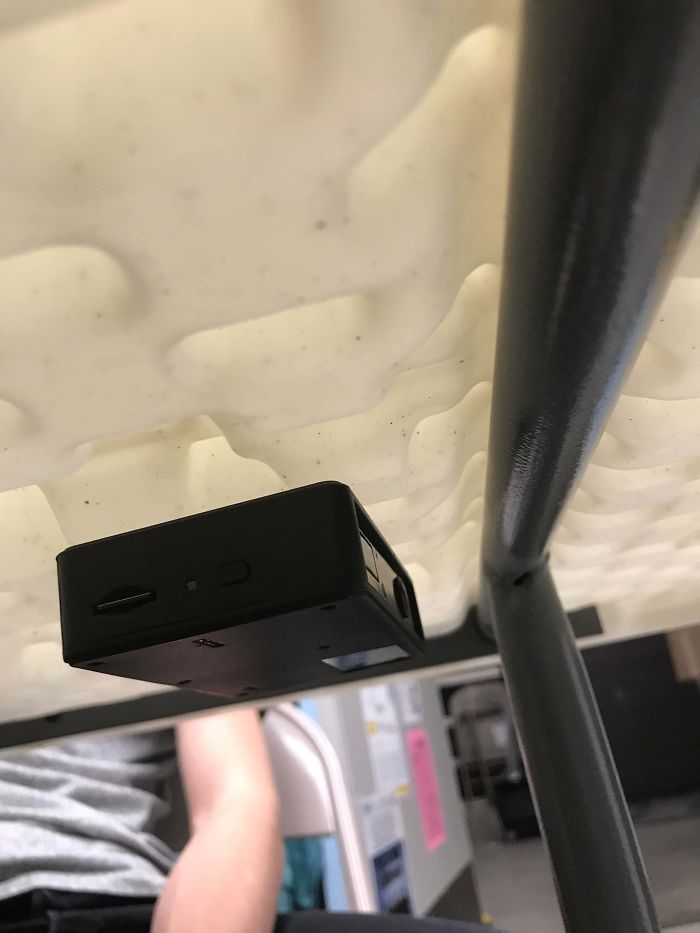 7. This Boss Could Not Give The Employee A Vacation And Left Them With No Option But To Quit The Miserable Job 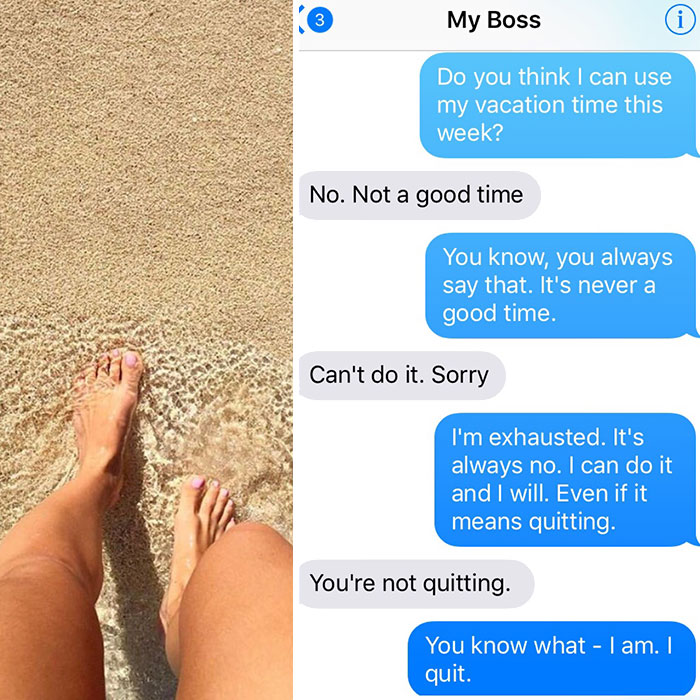 8. Boss Has A Reputation For Coming Up With Ridiculous Rules, Such As This Note Telling Employees To Charge Their Phones At The Risk Of Having Their Pay Reduced 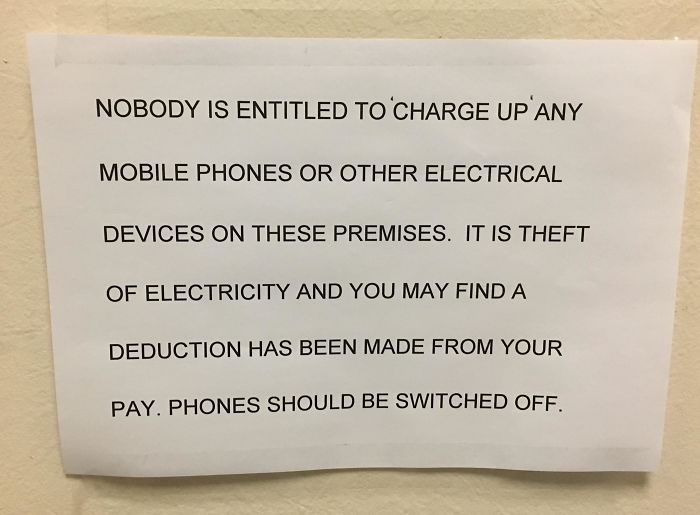 9. Despite The Fact That There Are A Lot Of Leftovers, The Boss Throws The Food Away Instead Of Letting The Employees Take It Home 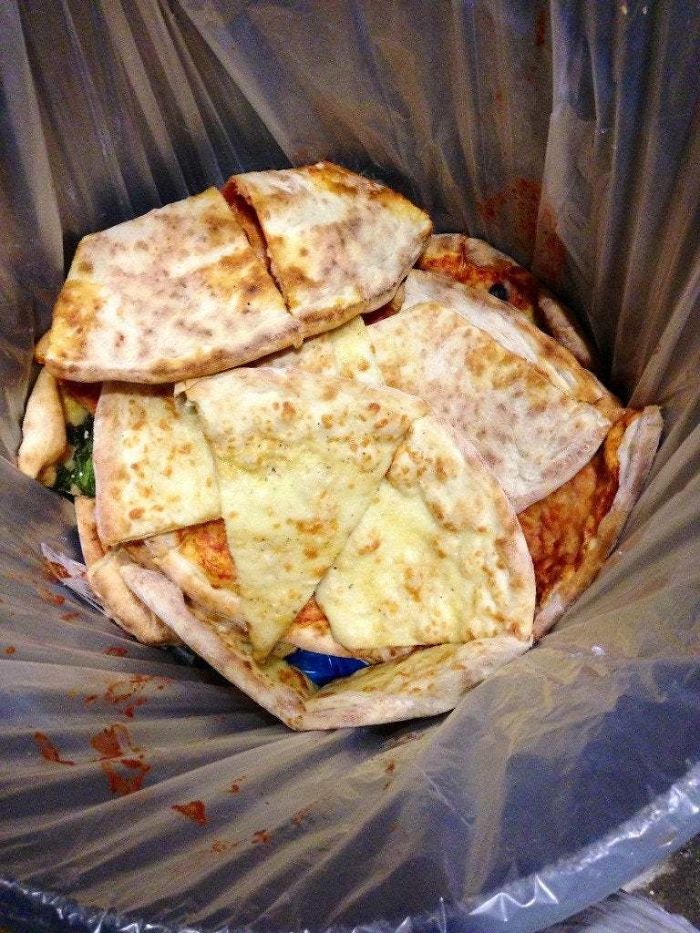 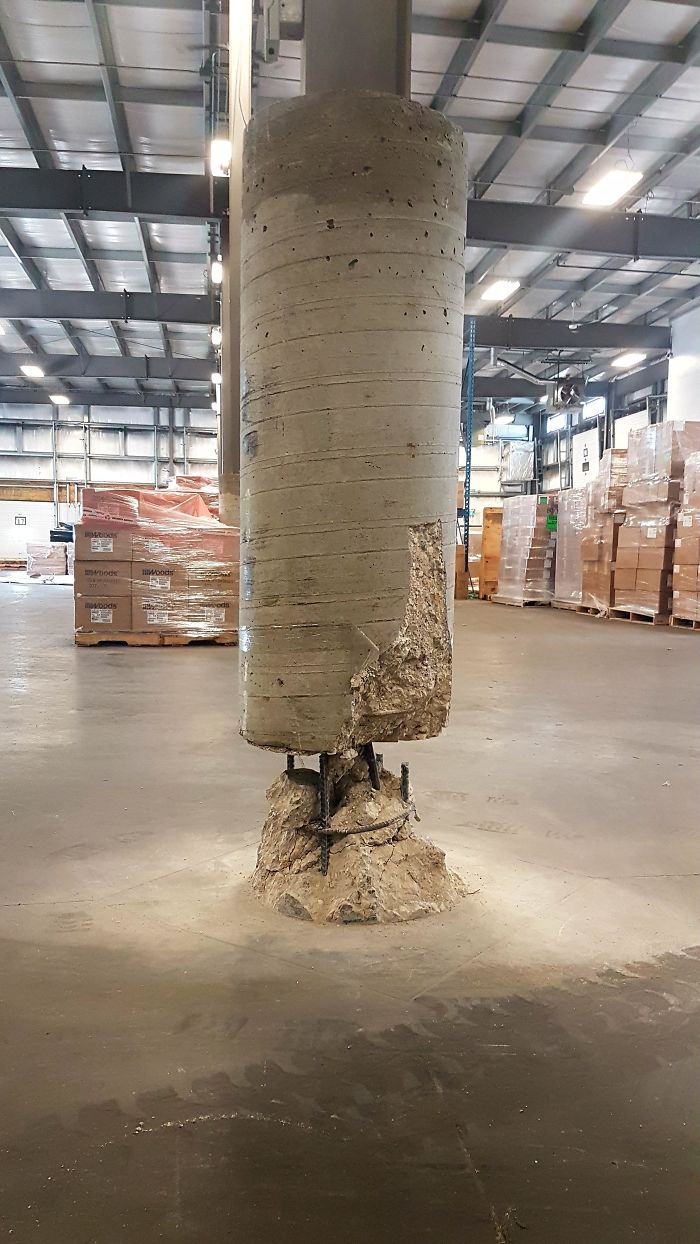 11. The Break Room Doesn't Have Chairs Because The Boss Didn't Like Their Color 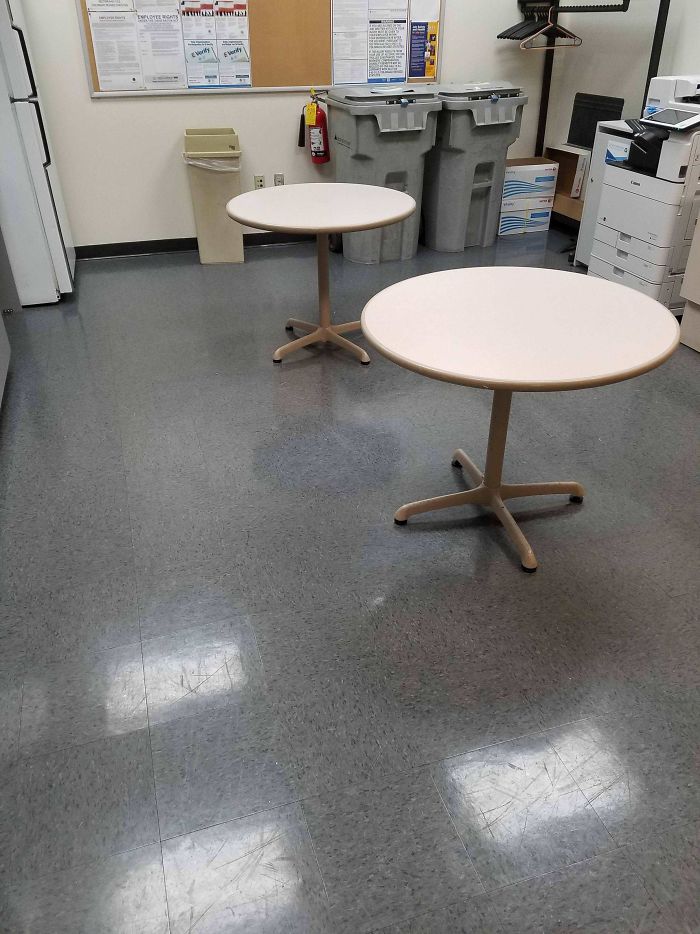 12. After A Shift Manager Was Diagnosed With Colon Cancer, The Boss Put Up This Insensitive Sign A Week Later 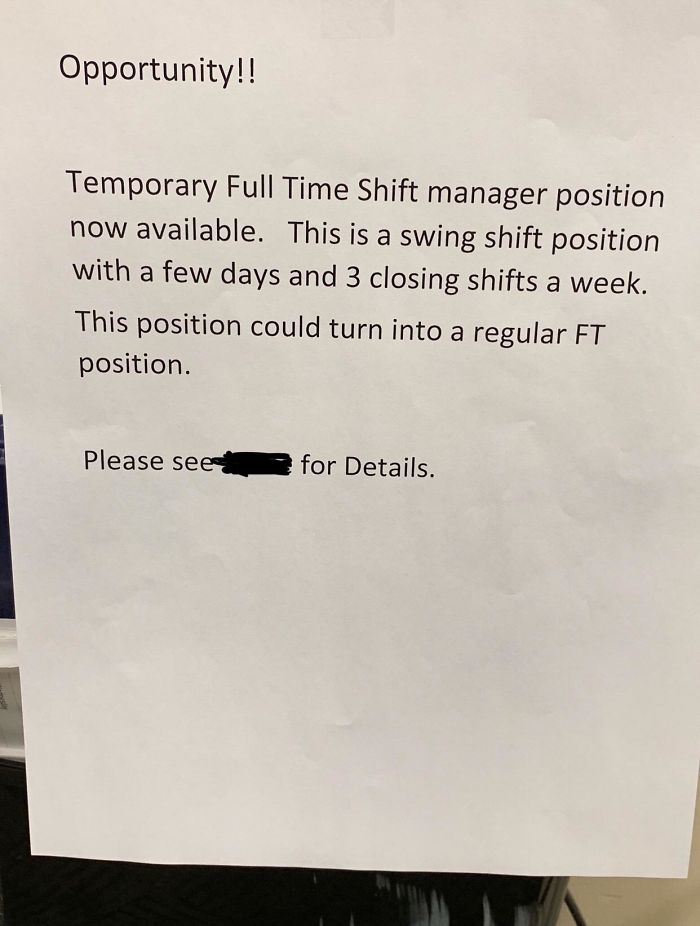 13. The Boss Gets All The Benefits Of The Great Service The Employees Give The Patrons 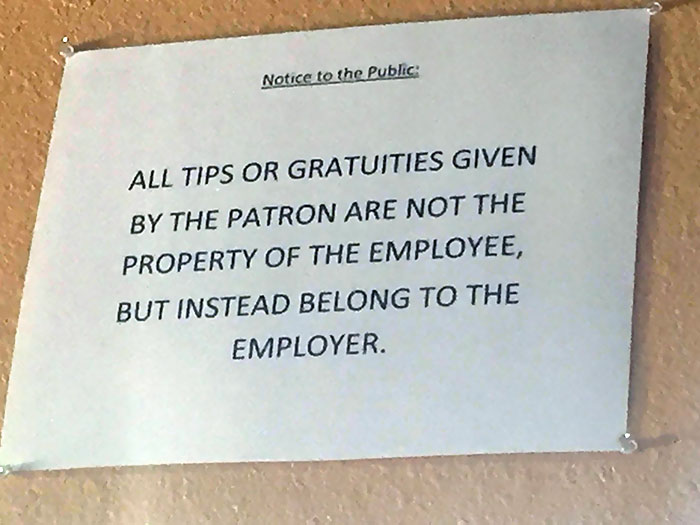 14. After A Boss Set Up An IP Camera At The Store To Spy On The Employees, One Of The Employees Got Payback By Setting Up This Obstruction 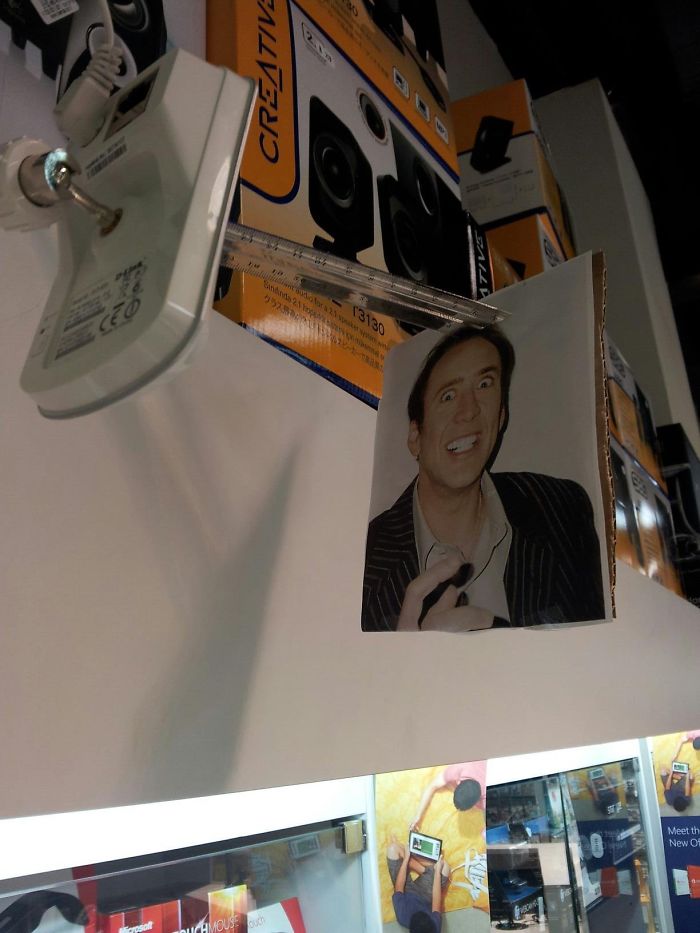 15. A Boss Threatening To Fire Employees Who Did Not Show Up At Work During Thanksgiving Even Though The Store Is Closed During The Holiday 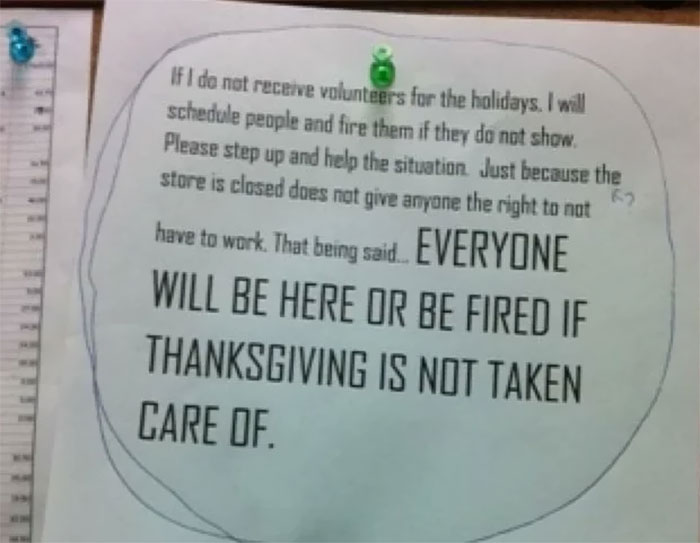 16. The Boss Took Away The Desks And In Their Place Set Up Dressers, A Sheet Of Glass, And Saddle Chairs 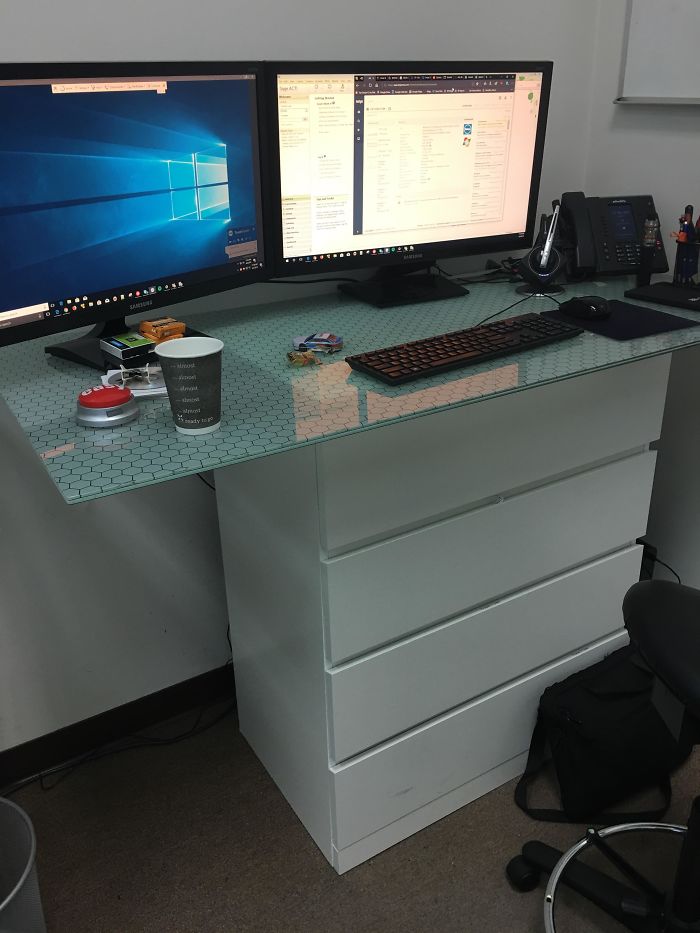 17. After Quitting Due To The Unprofessional Work Environment, The Supervisor Had The Guts To Send This Message 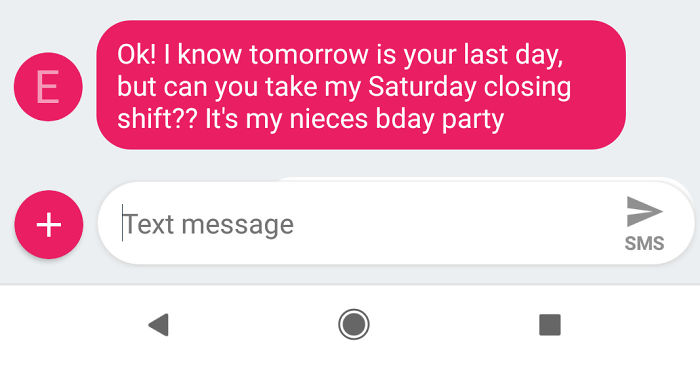 18. The Boss Replaced The Large Monitor The Employee Used To Make Prototype Models And Product Engravings With A Much Smaller Model 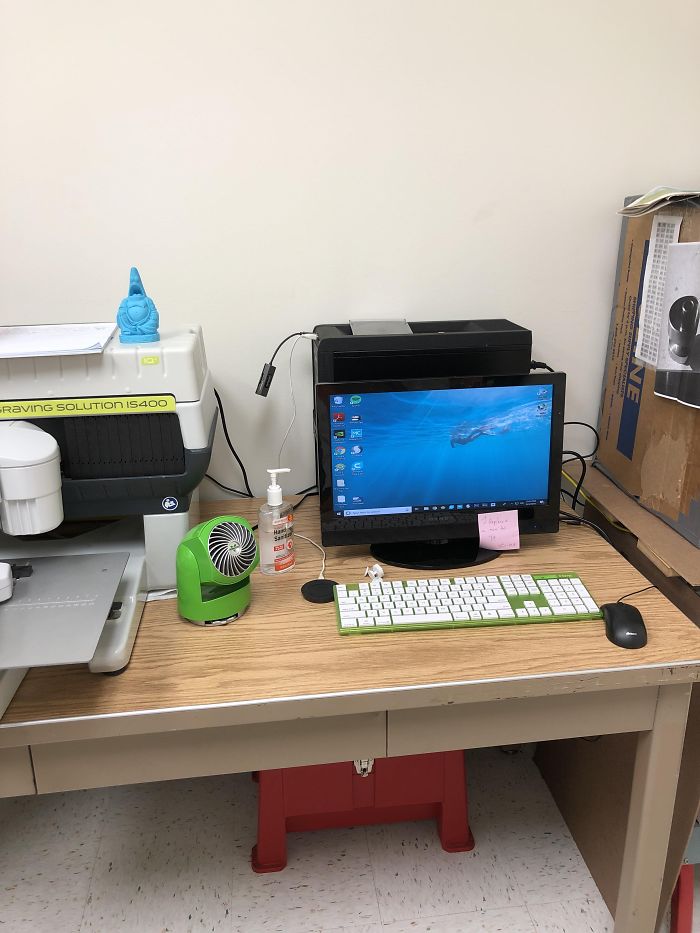 19. Although This Drinking Water Filter Keeps Getting Darker And Darker As The Days Go By, The Boss Will Do Nothing About It And Claims It's Working Fine 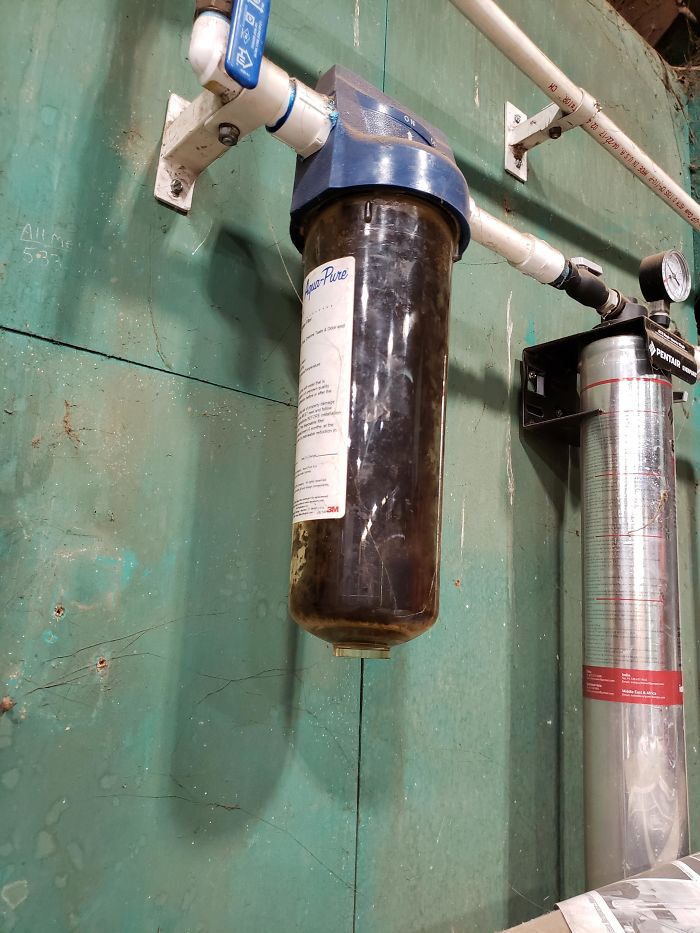 20. A Boss Posted This Sign About How The Ladies Should Dress While In The Workplace 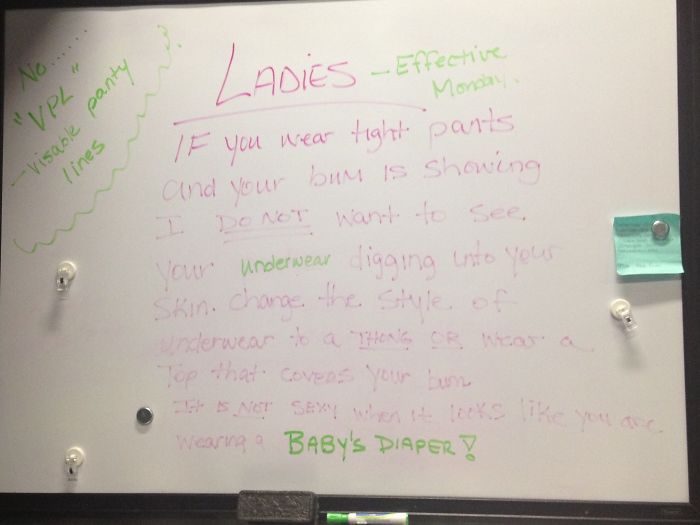 21. This Boss Decided To Play Drag Racing On His IPad While Driving A Truck On The Highway 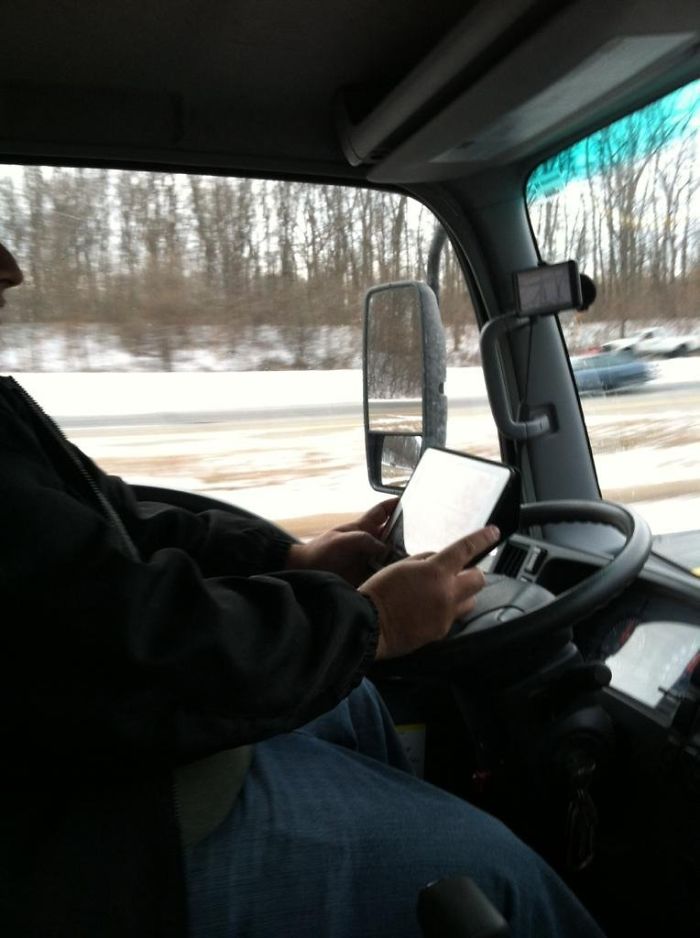 22. The Boss Asked That The Employee Get More Pens Like This By Monday, Or Else… 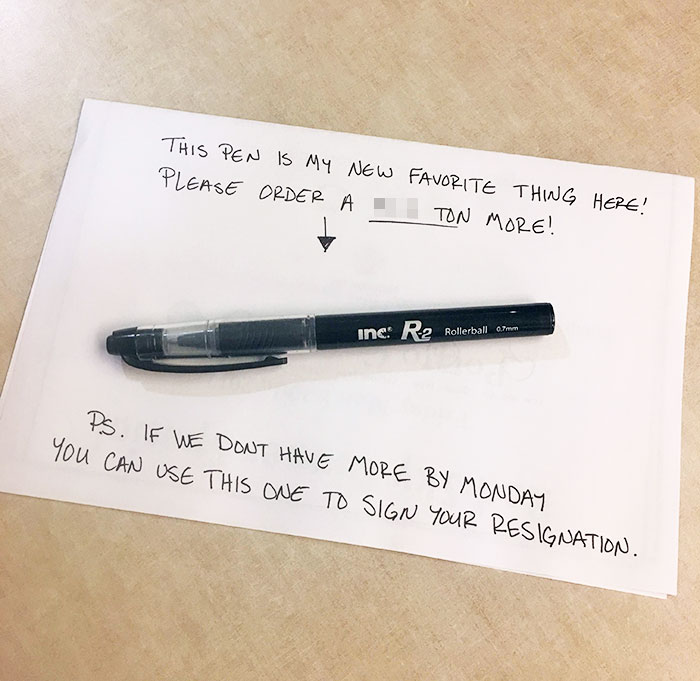 23. A Multi-million Dollar Company Won't Pay $5 For Drinking Water At The Office, And Employees Have To Pay For The Water Themselves 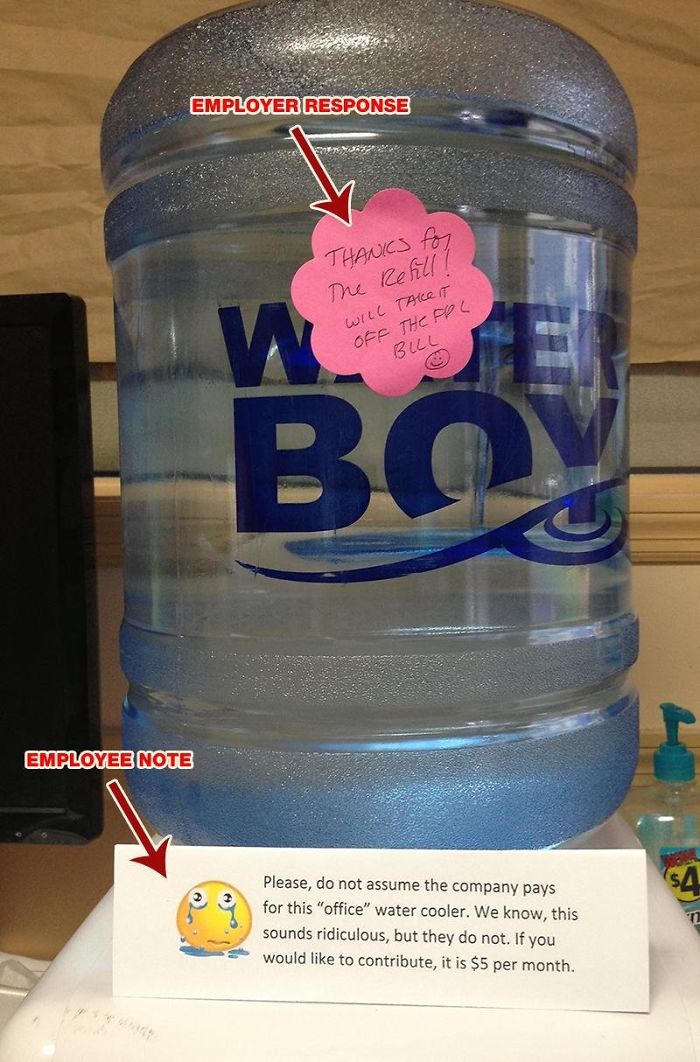 24. The Boss Of A Fortune 500 Company Who Gives No Bonuses Offers The Employee Post It Notes, 2 Pieces Of Chocolate, A Pen, And A Single Jeans Day 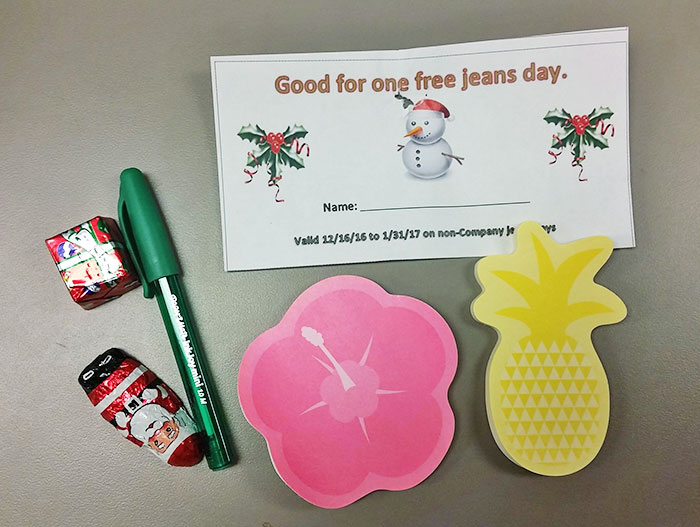 25. After Complaining To The Boss, An Employee Got This A Few Minutes Later Asking Them To Offer Details Such As The "Whiner's Name" 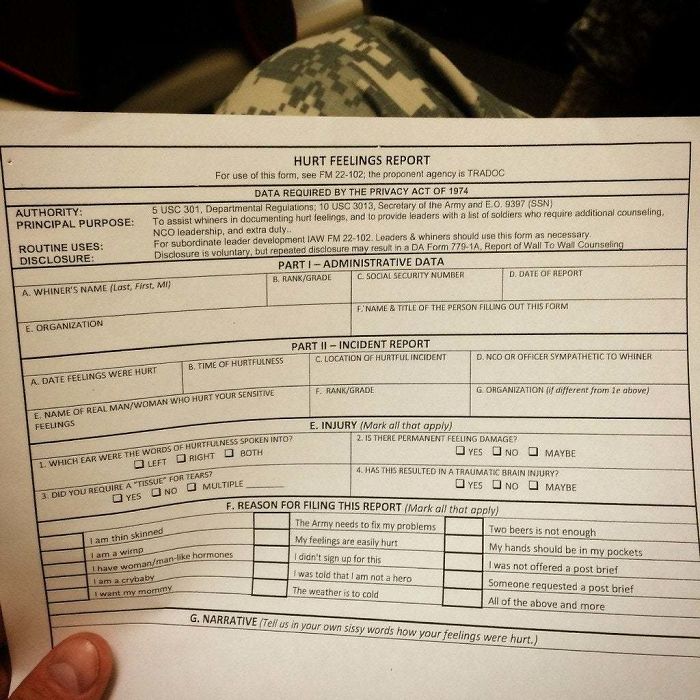 26. How The Boss Parks, Nobody Can Say Anything 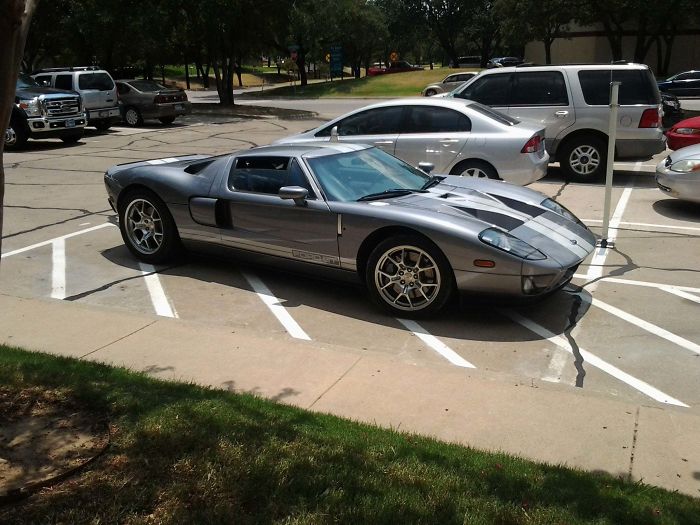 27. The Boss Prefers This Temperature At The Office

28. Rather Than Order A Shaker, The Boss Ordered 6,000 Pepper Packets That The Employee Has To Spend A Whole Day Cutting Open For Use As Burger Seasoning 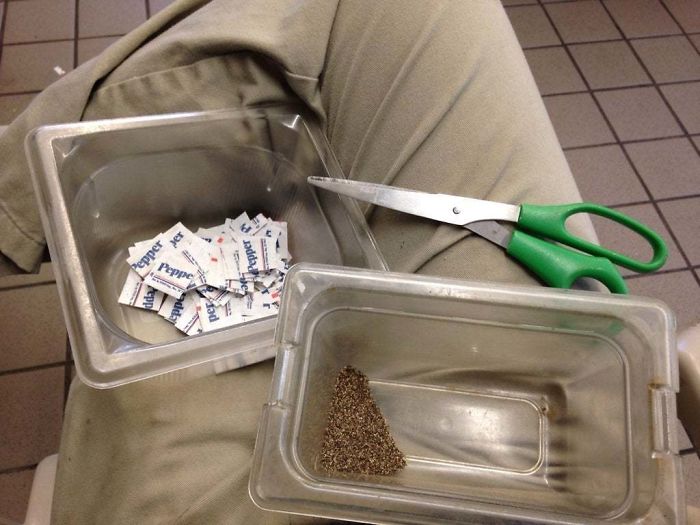 29. Six Macarons Cost More Than Six Single Macarons. After The Employee Raised This Concern, The Manager Said "You Weren't Supposed To Notice" 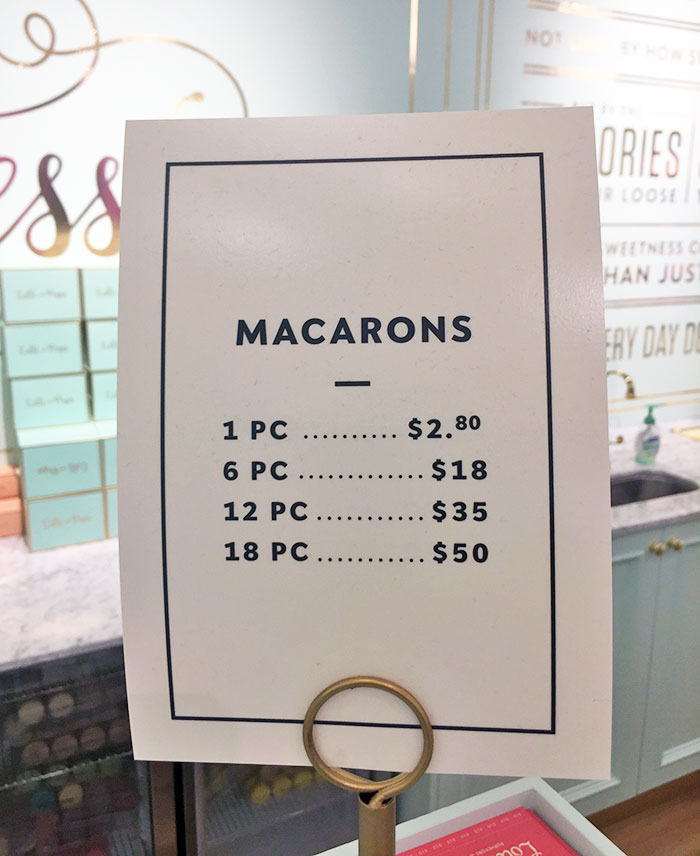 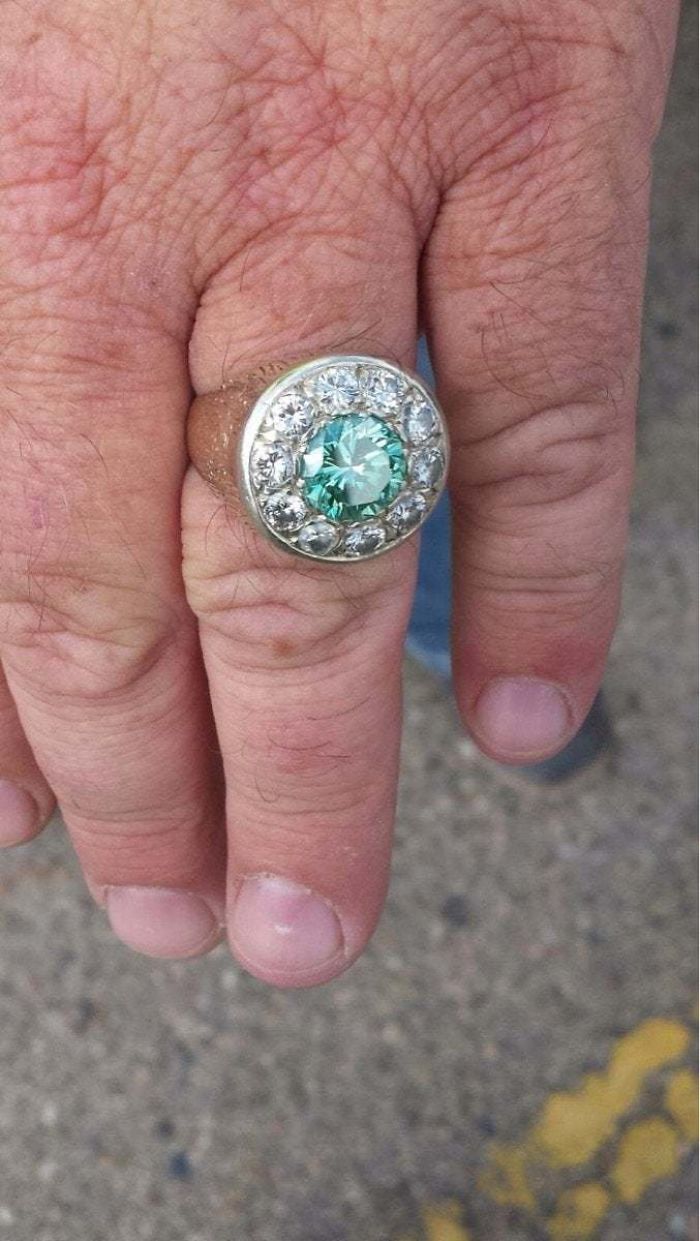 As you can see, horrible bosses are all around us. So, anyone with a reasonable boss should be thankful, considering what some people have to put up with daily.