Three Arkansas officers were suspended after being caught on camera pummeling a man on the pavement.

One Mulberry Police officer and two Crawford County Deputies were suspended on Sunday after they were caught on video footage assaulting a man by repeatedly punching him and pounding his head on the concrete. 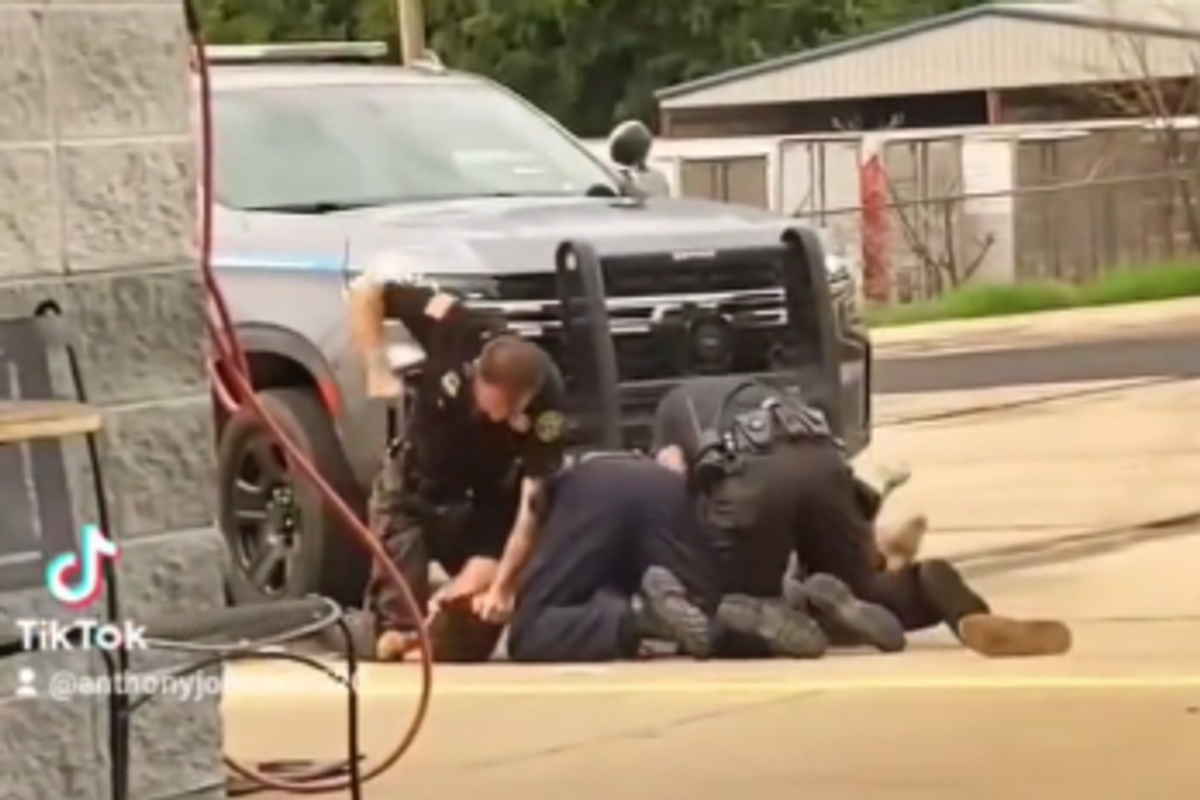 According to Sheriff Jimmy Damante with the Crawford County Sheriff's Office, the officers were responding to a police alert about a man making terroristic threats to a convenience store employee.

"The suspect allegedly spit on the employee and threatened to 'cut off their face.'"

After the officers arrived at the scene, the conversation began calmly, according to Sheriff Damante.

However, the situation escalated after the man resisted arrest and attacked one of the deputies.

Police said the man allegedly pushed one of the deputies to the ground and punched him in the head.

That's when the officers began punching the man.

As per the video footage captured by a bystander — which has since gone viral after it was shared on social media — one of the officers held the man down to the ground as another repeatedly and relentlessly punched the man's head. The third forcibly nailed him with his knee multiple times.

At one point in the footage, the officer punching the man in the head lifts the man's head from the ground and slams it back down into the pavement as the man tries to protect his head with his hands.

A female bystander can be heard screaming at the cops, "stop beating the s**t out of him!"

But one of the officers who had moved to strike the man's knee replied:

"The City of Mulberry and the Mulberry Police Department is aware of the video circulating on social media involving one of our officers."

"The Arkansas State Police have been asked to investigate the incident. The officer is on administrative leave pending the outcome of the investigation."

"The City of Mulberry and the Mulberry Police Department take these investigations very seriously and holds all their officers accountable for their actions."

"We will take the appropriate actions at the conclusion of the investigation." 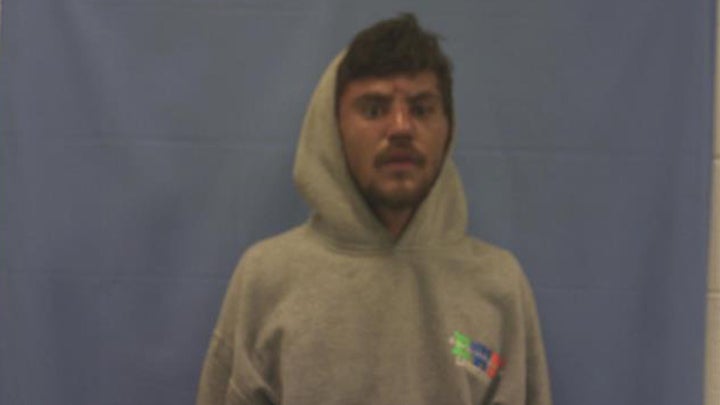 Demante also confirmed that the man in the video, identified as Worcester, was brought to a hospital "for examination and treatment" before being jailed in Van Buren.

He faces charges including resisting arrest and "refusal to submit." He also faces charges of criminal trespass and terroristic threats.

"I have spoken with Col. Bill Bryant of the Arkansas State Police, and the local arrest incident in Crawford County will be investigated pursuant to the video evidence and the request of the prosecuting attorney."