A group of dads in Louisiana sprang into action following a series of violence in one high school that saw 23 students arrested in just three days — and brought peace back to the school.

Parents and school administrators at Southwood High School in Shreveport, Louisiana, were at the end of their rope with all the fighting between students.

After one particularly violent week, where at least 23 students were involved in fighting, the community knew they had to do something.

But, what could they do?

Some Creative Dads Had An Idea 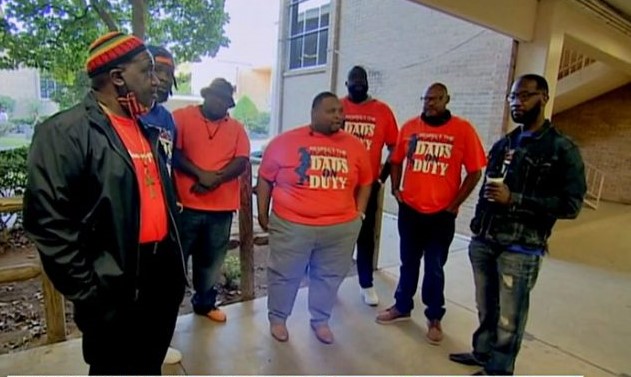 A group of 40 dads got together and decided to take matters into their own hands because who better to deal with wild teenagers than their parents?

The dads formed a group called Dads on Duty, where they organized shifts to have a daily presence at the school.

"We're dads. We decided the best people who can take care of our kids are who? Are us."

The dads show up wearing matching t-shirts with their bad dad jokes and stern looks, ready to engage with students in a way that only dads can.

With a mix of tough love and humor, the dads not only greet the students in the hallways but also help keep the momentum of the school moving in a positive direction.

So, instead of fights, there's joking and laughter. And instead of hate, everyone seems to be getting along well. 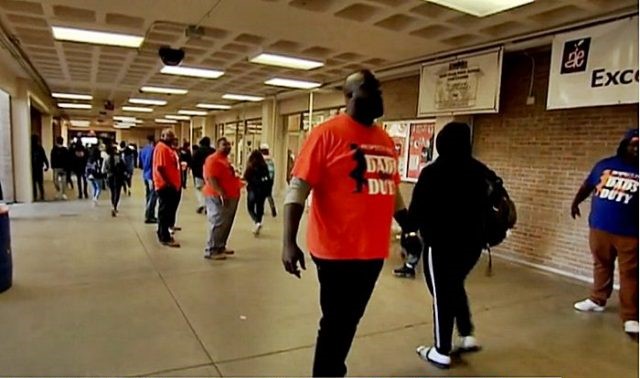 Surprisingly, the dads didn't do anything out of the ordinary. In fact, they didn't have any background in counseling.

They simply just showed up and got involved in the students' lives.

Explaining how it's like having the dads at school, one of the students said:

"I immediately felt a form of safety. We stopped fighting; people started going to class."

Since Dad On Duty Began, There Hasn't Been A Single Incident Of Violence At The School 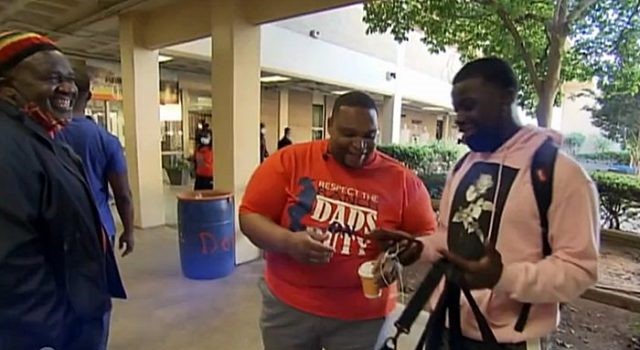 Students at Southwood High School agree that the Dad on Duty initiative is working.

But the dads' watchful presence is not the only aspect causing the cultural shift. The most important part of their work is to engage the students in a simple yet significant way.

Even though the group was created to deter student violence, the initiative is impacting students in a much bigger way.

"Because not everybody has a father figure at home – or a male, period, in their life. So just to be here makes a big difference," the dads said.

And for many students, the initiative is a welcome dose of fatherly love.

"The school has just been happy — and you can feel it."