When celebrities confirm their relationships, many are waiting either for an engagement or a cheating scandal.

Living in the spotlight comes with numerous benefits. But, it includes turning your life into public property. Once a famous person is caught cheating, they will never be able to get rid of bad publicity.

Here are some of the best-known cheating scandals. Some admitted their mistakes, while others were caught red-handed.

The charming British actor and his stunning girlfriend were once a golden couple. However, Hugh Grant was caught with his trousers down with now-infamous Divine Brown.

Though Elizabeth Hurley first forgave Hugh Grant for having public sex with a sex worker, they eventually separated five years after the scandal in 1995.

This cheater's image was ruined - he was an English darling, but that was all gone once he paid 60 dollars for some action and got caught.

Kristen Stewart and Robert Pattinson met while filming the Twilight saga. Their fans adored them, though they kept the relationship to themselves.

Then, a lucky paparazzi caught young Kristen making out with the director of Snow White and the Huntsman, Rupert Sanders.

To make matters worse, he had a wife and two children. Every person on the planet had an opinion, from Donald Trump to Will Farrell. The comedian famously called Stewart a Trampire in a 2012 interview. 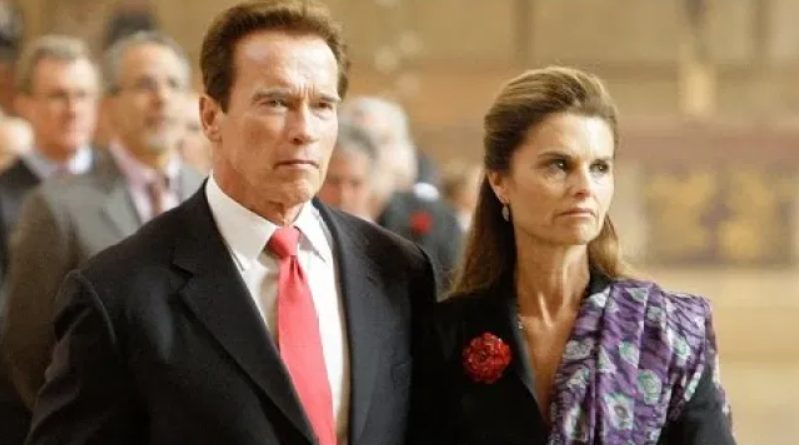 Schwarzenegger and Shriver separated in 2011. They were together for 25 years, and though sad, it is not uncommon.

However, once the actor revealed that he had a son from his affair with the family's housekeeper Mildred Patricia Baena in 1997, everyone was shocked.

Schwarzenegger admitted to the affair to have a better relationship with his son Joseph Baena. Though understandable, imagine being in Shriver's shoes. Or how their children felt.

#4 Tiger Woods, Elin Nordegren And Too Many Women 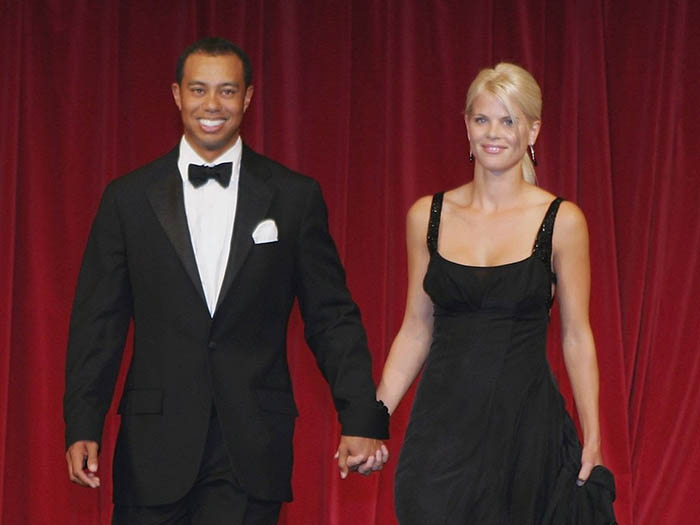 On the outside, they were the perfect couple. Tiger Woods and his Swedish wife Elin Nordegren were like an American Royal couple.

They had two children in just six years of marriage. But that wasn't enough for the famed sportsman.

Woods slept with over 120 women during his first marriage. One of his celebrity girlfriends was Rachel Uchitel, a TV correspondent and nightclub owner.

At least Elin got a big, fat compensation for Tiger's "indiscretions."

Is it cheating if you are separated?

Jada and Will Smith were among the most stable Hollywood couple. But, in July 2020, Jada admitted that she had an affair with August Alsina.

Pinkett Smith gave herself a seat in her talk show, Red Table, and spoke about when Will and she were in a dark place. She called it an "entanglement."

The couple was on the verge of divorce, and Smith even gave his blessings to his wife and her new lover.

This affair mostly affected Alsina's career. As for Jada and Will, many claim they are in an "open marriage." 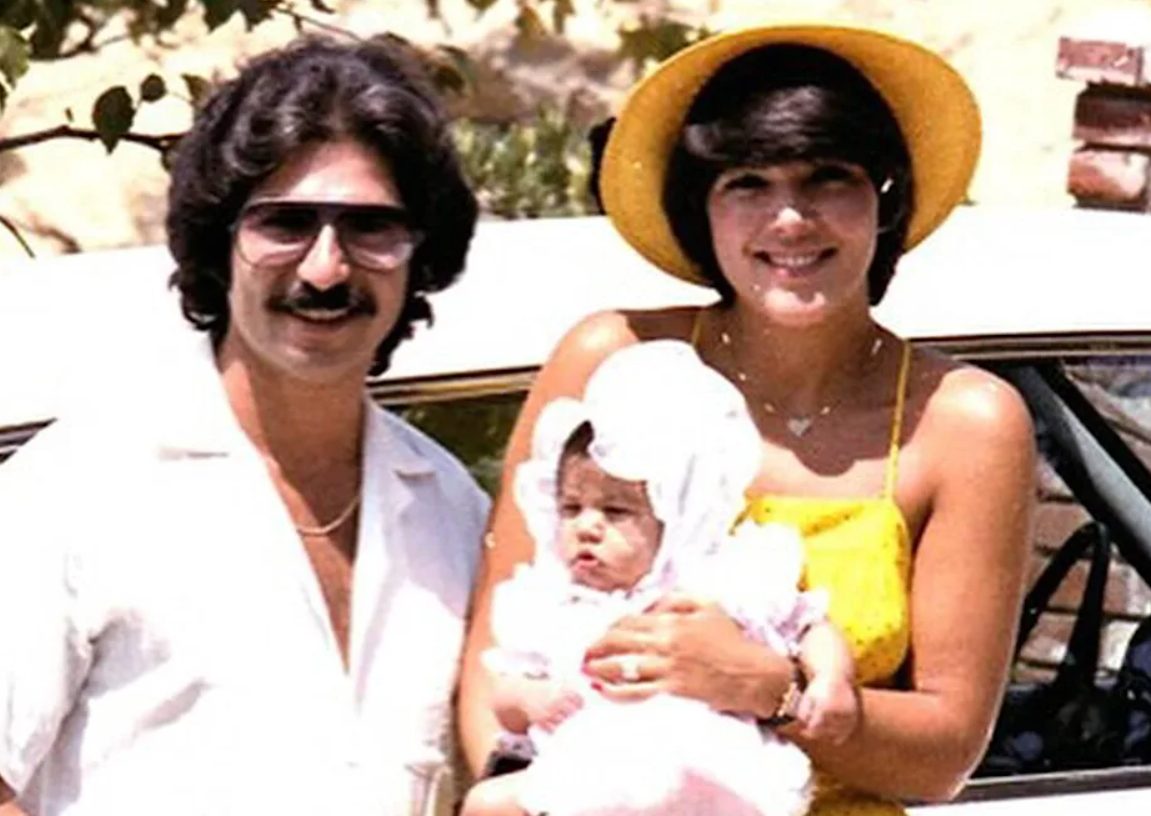 In her autobiography Kris Jenner... And All Things Kardashian, the famous momager, spoke about her affair with a guy she called "Ryan."

During her marriage to the lawyer, Kris also had a fling with Todd Waterman, a 23-year-old soccer player for the Los Angeles Heat.

We are assuming he is her "Ryan." However, many suggest that there are more juicy stories about Kris. The couple got married in 1978 and divorced in 1991. They remained close until he died in 2003.

Eniko Parrish was eight months pregnant when she found out that her hubby is messing around.

Despite the scandal from 2017, Hart managed to get out of hot water, and they had another child in 2020.

The whole scandal was juicy and sad at the same time. Hart was caught on video with a model Montia Sabbag. Someone released it and tried to extort him for millions of dollars.

Though the wife forgave him, she very publicly stated:

"Right then and there, I just kept saying, 'How the f––- did you let that happen?' You publicly humiliated me. Everything is on Instagram, everything is on social media. So it was an ongoing fight all the time. Every single day. I kept questioning him, like, 'If this is what you want to do, I don't want to be a part of that.'"

Hart later praised his wife, calling her "the strongest person in the world."

The NBA star was caught with three ladies at Drake's party. But that's not all.

The couple has a toddler, True, but what is in the future for Tristan and Khloe, no one knows.

Scott Disick and Kourtney Kardashian's relationship never made sense to many. However, they stayed together for years and have three beautiful children.

In 2015, Disick and his ex-girlfriend Chloe Bartoli were caught in the act, and Kourtney left Scott.

But that was not the end for this couple. He was caught in Dubai and once again in Costa Rica. Add his addictions to the list of cheating scandals, and it is clear why Kourtney decided that she has had enough. 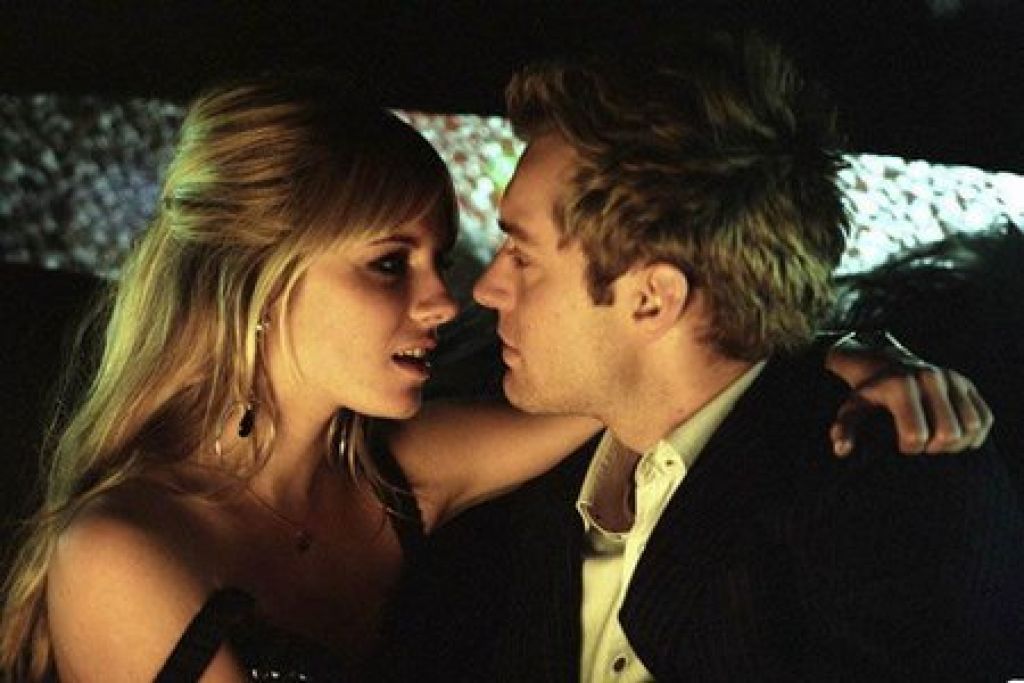 Jude Law was married to Sadie Frost when he started filming Alfie and fell for a young actress, Sienna Miller.

They looked perfectly happy and in love. However, two years later, in 2005, he slept with his children's nanny. He made a statement:

"There is no defense for my actions which I sincerely regret and I ask that you respect our privacy at this very difficult time."

Sienna left him, but they reunited and broke things for good in 2011. Ten years after Jude Law's affair, Sienna said:

"I was in so much shock over it all. And I'd really just begun. I was only 23. But if you get through that, you feel like you can get through anything." 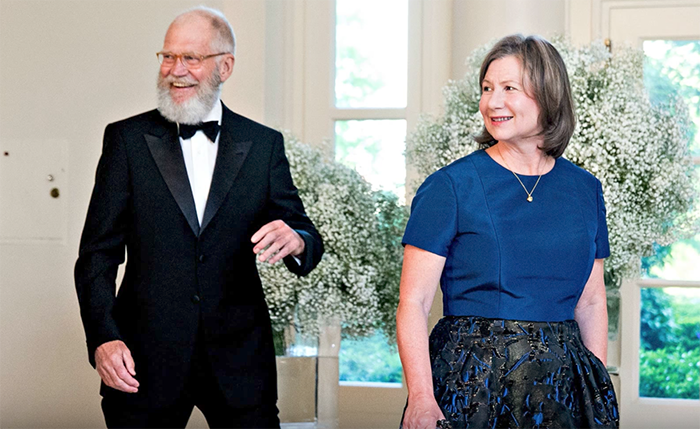 In 2009, Letterman had to reveal his affair. His assistant's boyfriend was blackmailing him.

That led Letterman to apologize on his show publicly and admit that he "had sex with women who work for me."

To make matters worse, he was married for only six months during his many affairs.

According to Letterman, he and his wife Regina Lasko are still together and "never better."

#12 Jay-Z And Beyoncé And "Becky With The Good Hair"

Jay-Z is one lucky guy.

When his wife, both talented and gorgeous Beyonce, released the album Lemonade, we learned a lot about their marriage.

He came clean and apologized to his wife and children.

Bey mentioned Becky with the good hair, and though we don't know who is behind all that hair, we know that both musicians used their talents to deal with infidelity. It worked for them, and hopefully, Jay started counting his blessings. 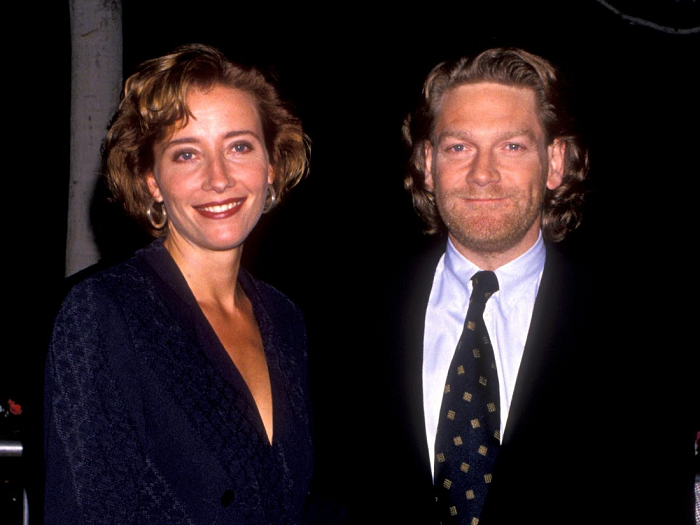 Once upon a time, Emma Thompson was married to Kenneth Branagh.

The couple worked on several mega-successful projects together, but they separated after six years, in 1995.

This very Hollywood scandal involves Helena Bonham Carter. Branagh and Carter were working on Mary Shelley's Frankenstein together and fell for each other.

"You can't hold on to anything like that. It's pointless. I haven't got the energy for it. Helena and I made our peace years and years ago."

She added that Carter is a "wonderful woman."

#14 Jack Nicholson And Anjelica Huston And His Many Women 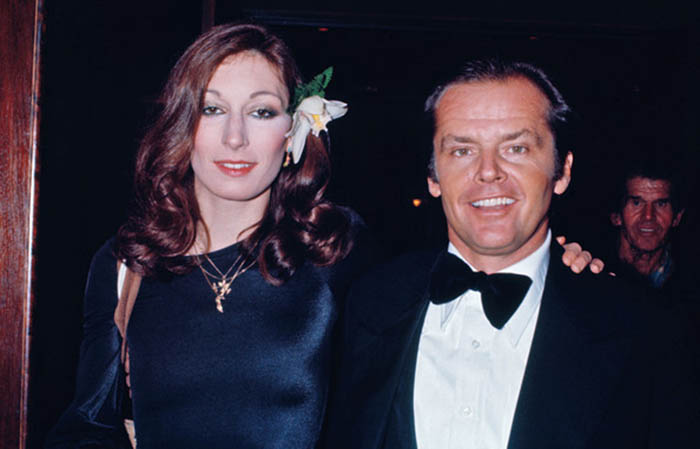 In her memoirs from 2014, the famed actress shared some bits about her on/off relationship with Jack Nicholson, which lasted for 17 years.

Anjelica was 21 when she met Nicholson in 1973. She called it an "emotional rollercoaster."

Not only is Nicholson a womanizer, but he didn't even have the decency to break up with Huston as a normal person. Instead, he called her and said that Rebbecca Broussard is pregnant with his child. 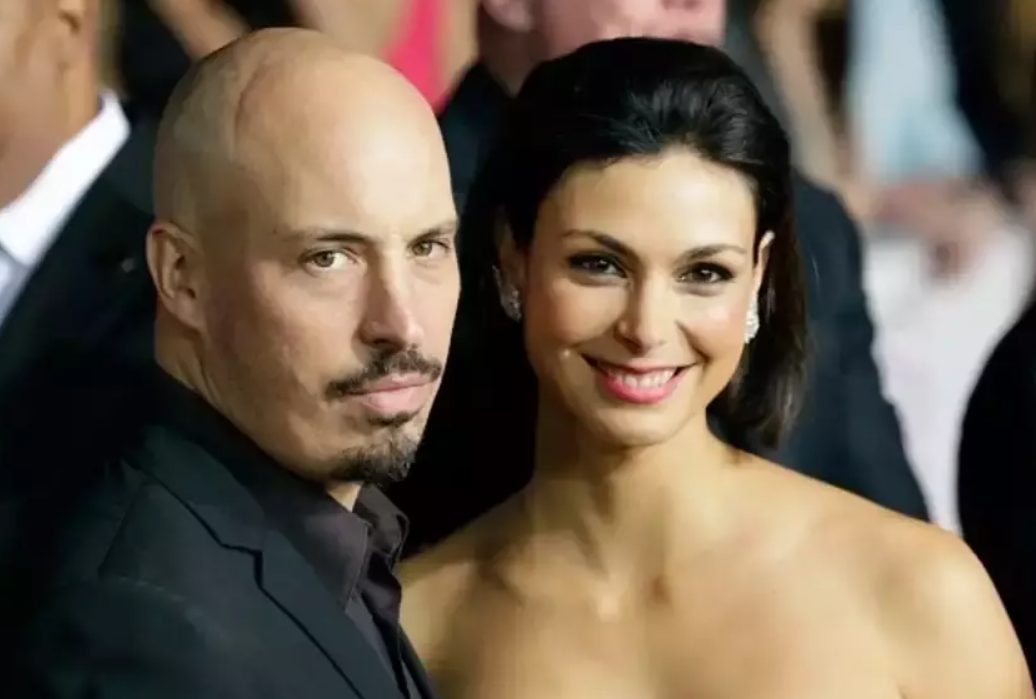 While married to Austin Chick, Morena Baccarin started an affair with Ben McKenzie. She got pregnant and filed for a divorce.

This scandal from 2015 was sealed with the wedding in 2017. Morena and former The O.C. star got married and recently became parents for the second time. 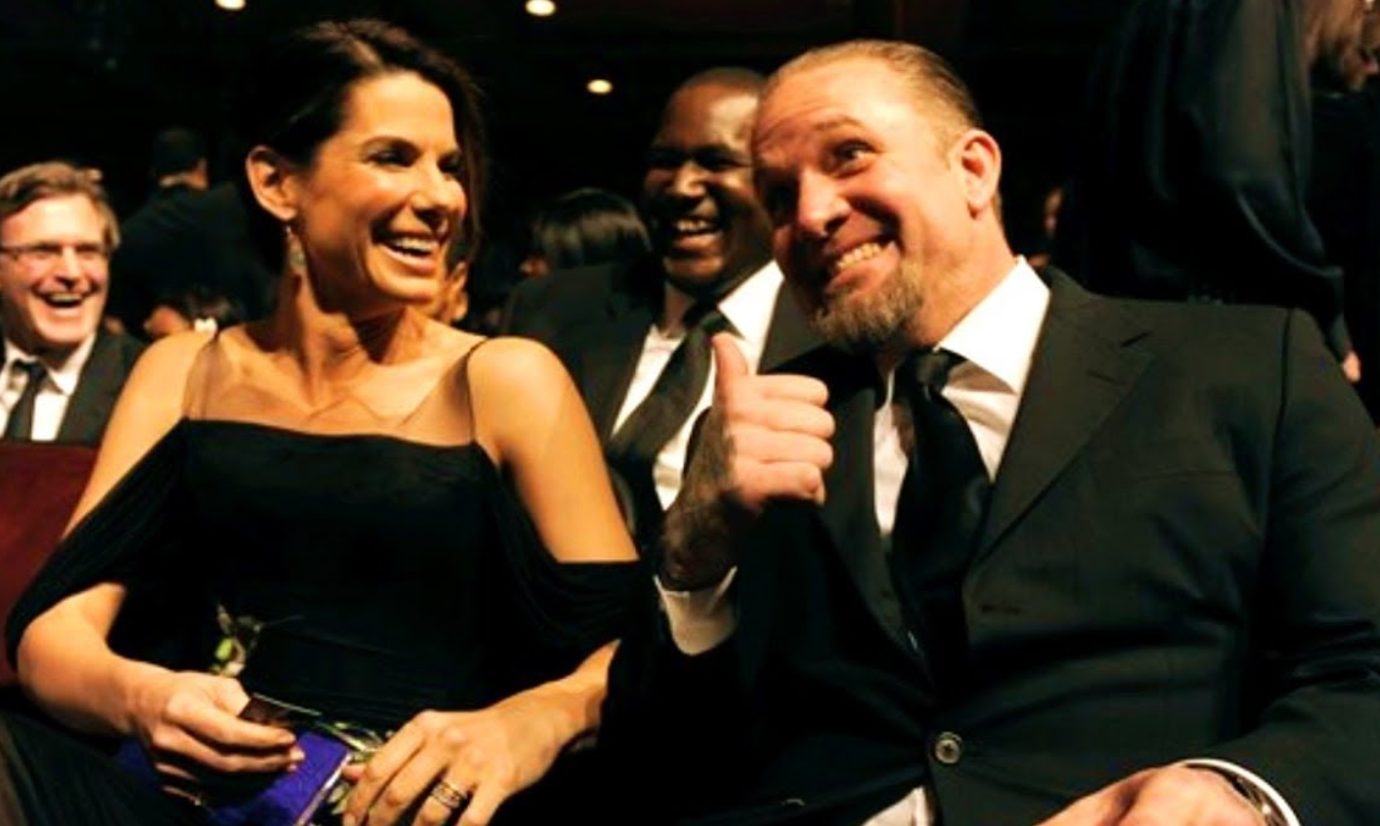 Jesse James cheated on Sandra Bullock, which, by his own admission, made him "the most hated man in the world."

The two married in 2005 and divorced five years later. During their marriage, they started the adoption process. When Bullock heard about James' endless affairs, she counted without him.

He defended himself by saying that cheating is part of life. 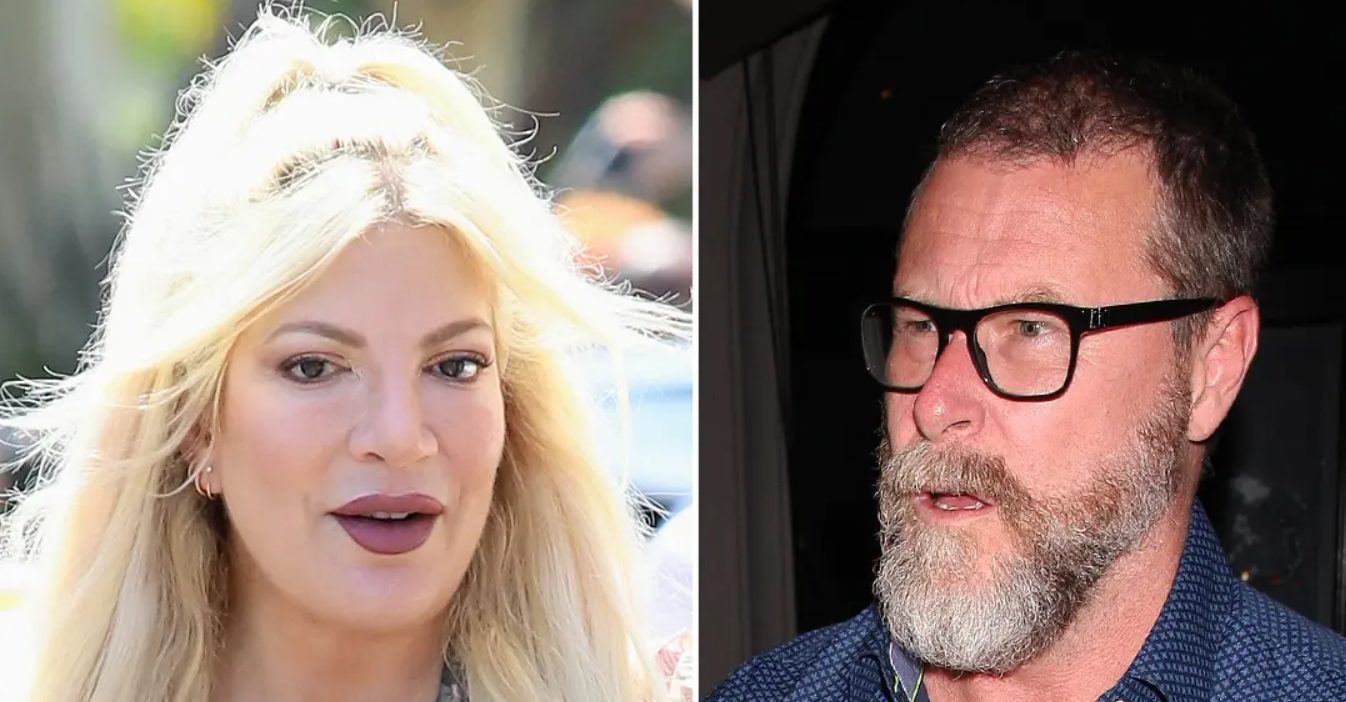 Tori Spelling and Dean McDermott slept together on their first date. They were both with other people at the time.

In 2014, McDermott admitted he cheated on Tori. He said:

Allegedly, he is acting just as bad as he did before his fling with Emily Goodhand while shooting Chopped Canada. Though it seems that this marriage is always on the rocks, they share five young kids, so perhaps it is time to do some soul searching. 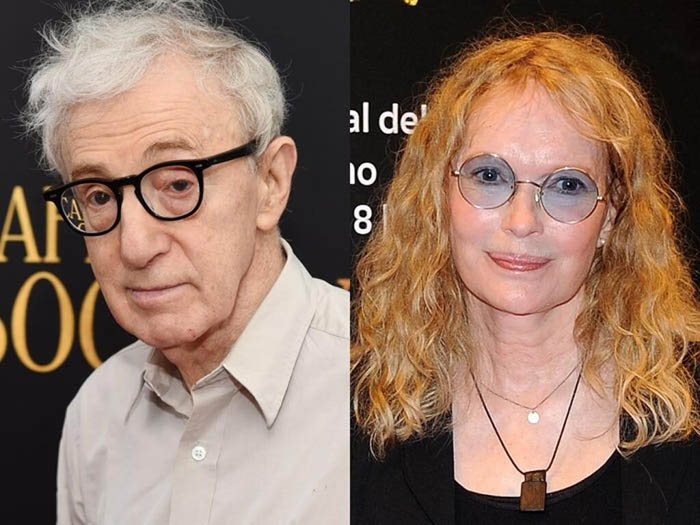 One of the most disturbing cheating scandals involves former spouses, Mia Farrow and Woody Allen.

The two divorced after the director fell for Mia's adopted daughter. Though Woody Allen was never Soon Yi's stepfather, he was a father figure.

"The heart wants what it wants. There's no logic to those things. You meet someone and you fall in love and that's that." 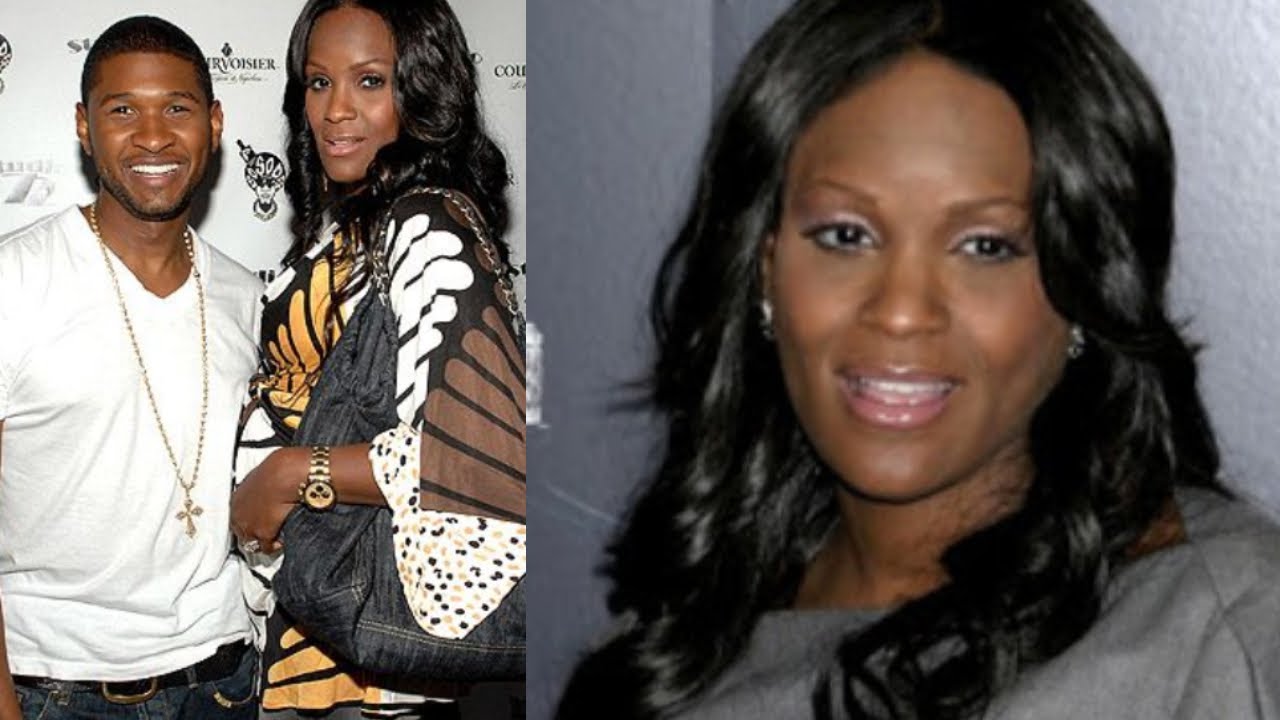 Tameka Raymond and Usher were married from 2007 to 2009. According to her, Usher slept with two bridesmaids, among other women.

Their divorce was nasty and dirty. The musician called his ex a "gold digger," among other things.

In 2010, David Boreanaz told People magazine about his affairs:

"Our marriage has been tainted with my infidelities."

So why did he confess his sins to the news reporter? Blackmail, of course.

Boreanaz and Bergman survived this storm, but we never learned the names of his mistresses. Many suggest that Tiger Wood's ex was one of them - Rachel Uchitel.

LeAnn Rimes and Eddie Cibrian had spouses when they met. However, as Woody Allen said, the heart wants what it wants.

The double cheaters are celebrating ten years of marital bliss this year. 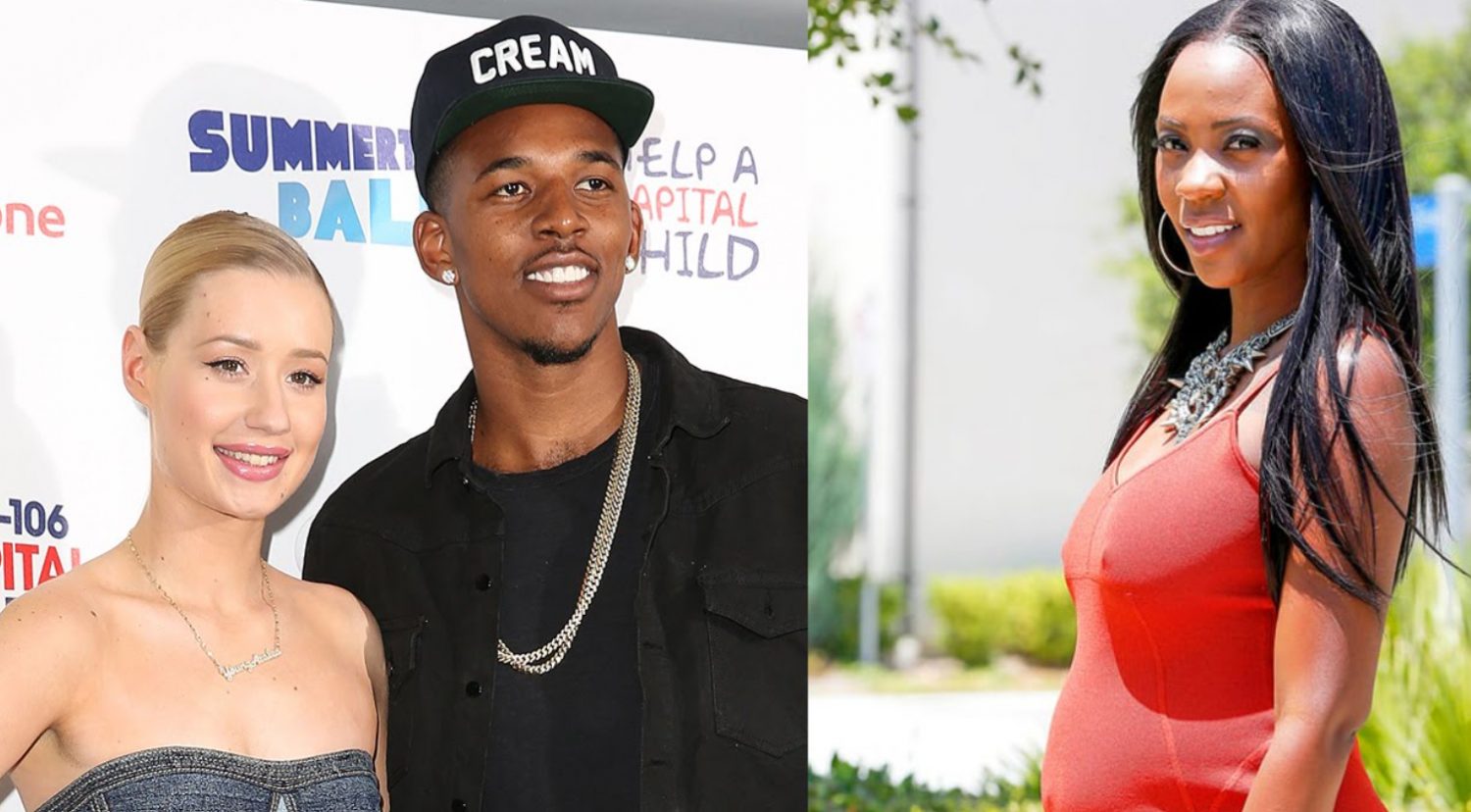 D'Angelo Russell filmed Nick Young and other Lakers as a prank. He caught Young saying that he cheated on Iggy Azalea, and that tape went viral.

Azalea first trusted her fiance, but that didn't last long.

She learned that Young was expecting a baby with his ex-girlfriend Keonna Green. And the timeline confirmed her worst fears.

The two were never seen together since the split in 2016.