At least 19 children and two teachers were killed in Texas elementary school, the Texas Department of Public Safety confirmed.

The suspected gunman had a handgun and a rifle and was killed when the law enforcement confronted him at Robb Elementary School in Uvalde, about 83 miles west of San Antonio.

There is an active shooter at Robb Elementary. Law enforcement is on site. Your cooperation is needed at this time by not visiting the campus. As soon as more information is gathered it will be shared.

The rest of the district is under a Secure Status.

"It is believed that he abandoned his vehicle, then entered into the Robb Elementary School in Uvalde with a handgun, and he may have also had a rifle."

"He shot and killed, horrifically and incomprehensibly, 14 students and killed a teacher."

Unfortunately, the gunman, suspected to have been only 18, killed more than the governor initially thought.

The number of injured people was not precise Tuesday evening, which means that this might not be the final number of victims of this senseless shooting. 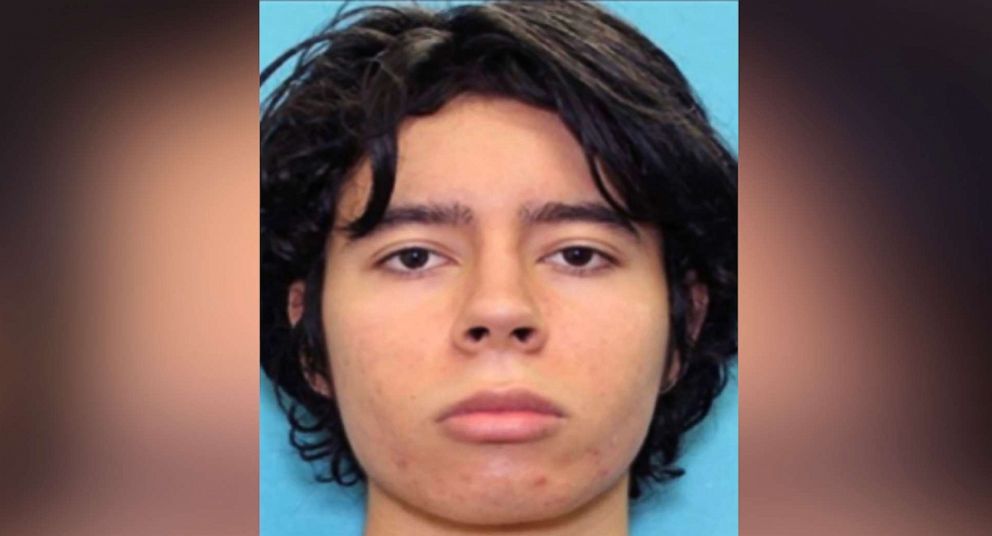 Lt. Chris Olivarez of the Texas Department of Public Safety stated that the suspect first shot his grandmother and then continued his murderous rampage.

The grandmother is in a critical condition.

The suspect crashed near the campus, entered it, and started shooting, as Olivarez said:

"He started shooting every single person that was in front of him." 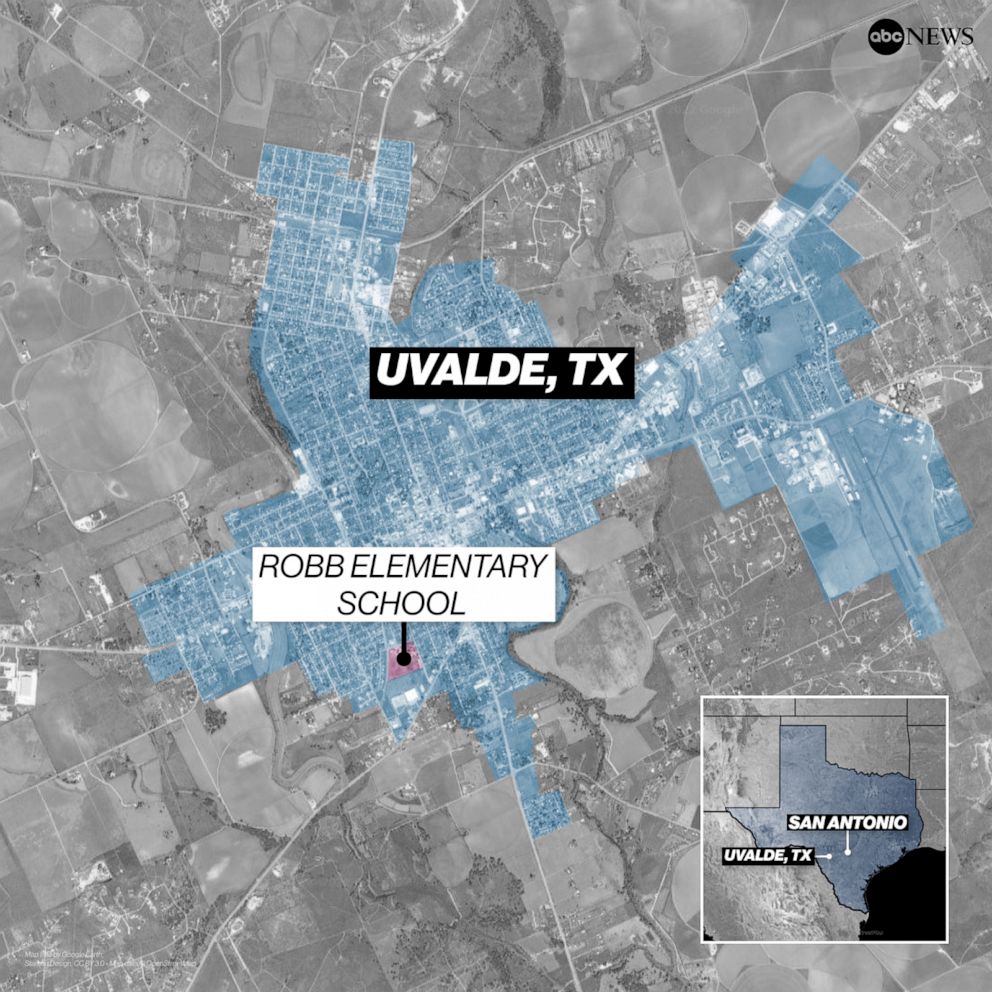 The shooter barricaded himself in a classroom. He had body armor and a rifle.

Victims Are Still Being Identified 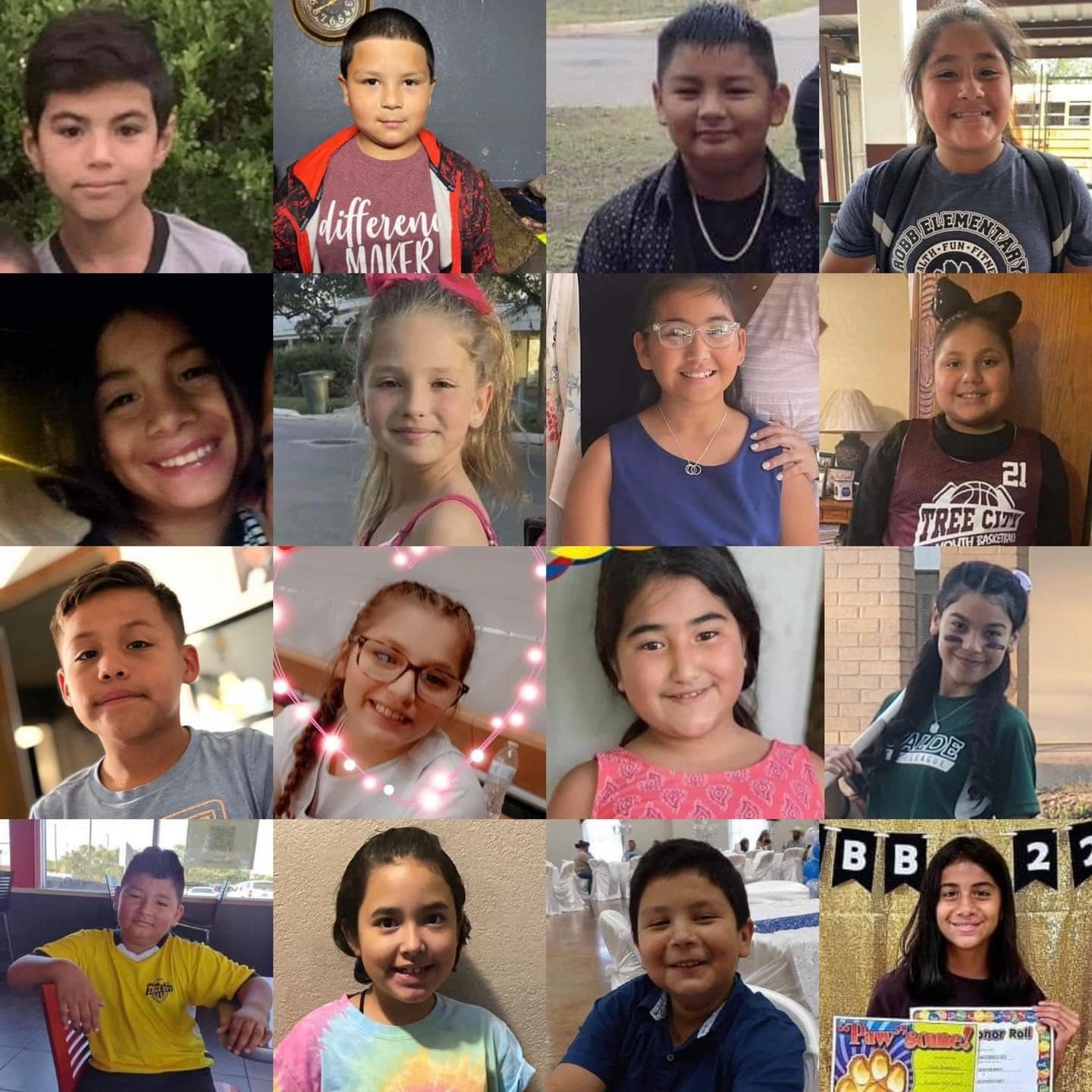 Among the children shot were primarily children between 9 and 10 years of age. Some of the victims are Annabell Guadalupe Rodriguez, 10; fourth-graders Uziyah Garcia; Xavier Lopez, 10; and Amerie Jo Garza, 9.

Among teachers, the two confirmed victims were Eva Mireles, who worked for 17-year as an educator and taught fourth grade, and Irma Garcia, who taught at the school for 23 years. Garcia was voted Teacher of the Year.

Pres. Biden reacts to deadly Texas elem. school shooting: "Another massacre. Uvalde, Texas. An elementary school — 2nd, 3rd, 4th graders — and how many scores of little children, who witnessed what happened, see their friends die as if they're in a battlefield, for God's sake." pic.twitter.com/1hDvDysdFR

President Biden decried the shooting as "carnage" in a call for lawmakers "to act."

The tragedy in a small town 90 minutes west of San Antonio comes only days after Buffalo shooting. 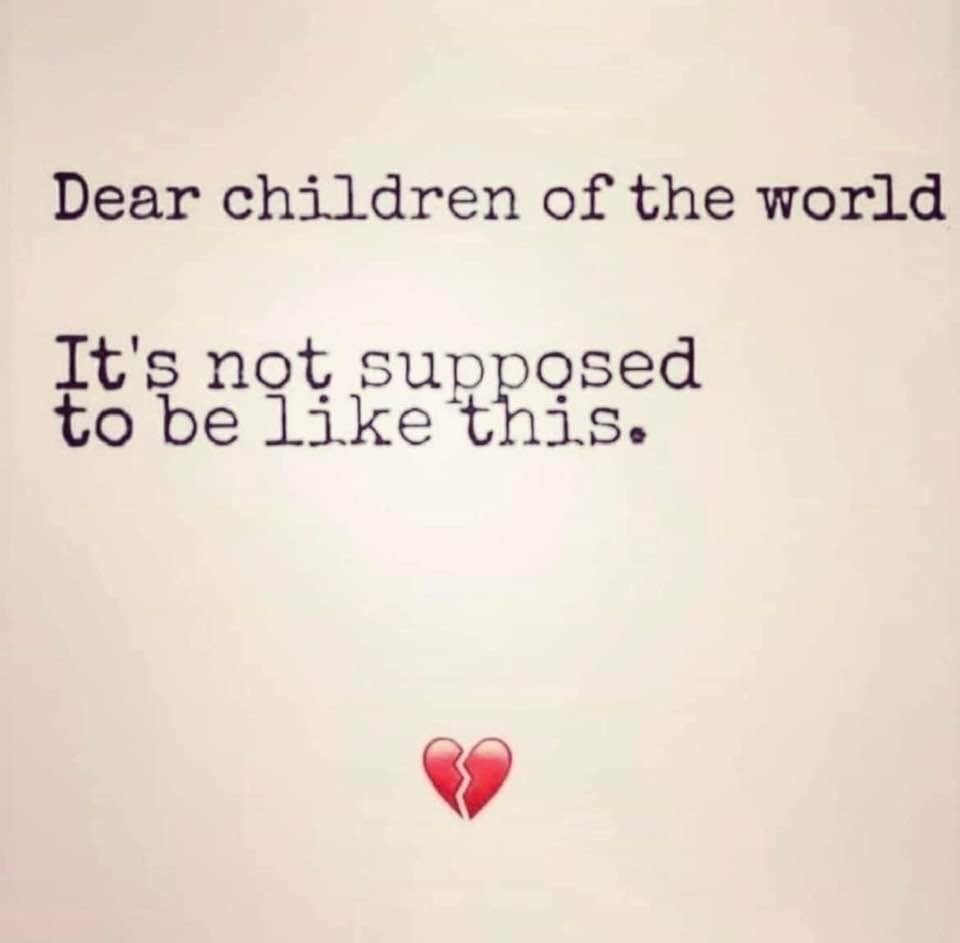 "When parents drop their kids off at school, they have every expectation to know that they're going to be able to pick their child up when that school day ends. And there are families who are in mourning right now."

He added that Texas is in mourning with those parents who face the reality that they " will not be able to pick up their children." 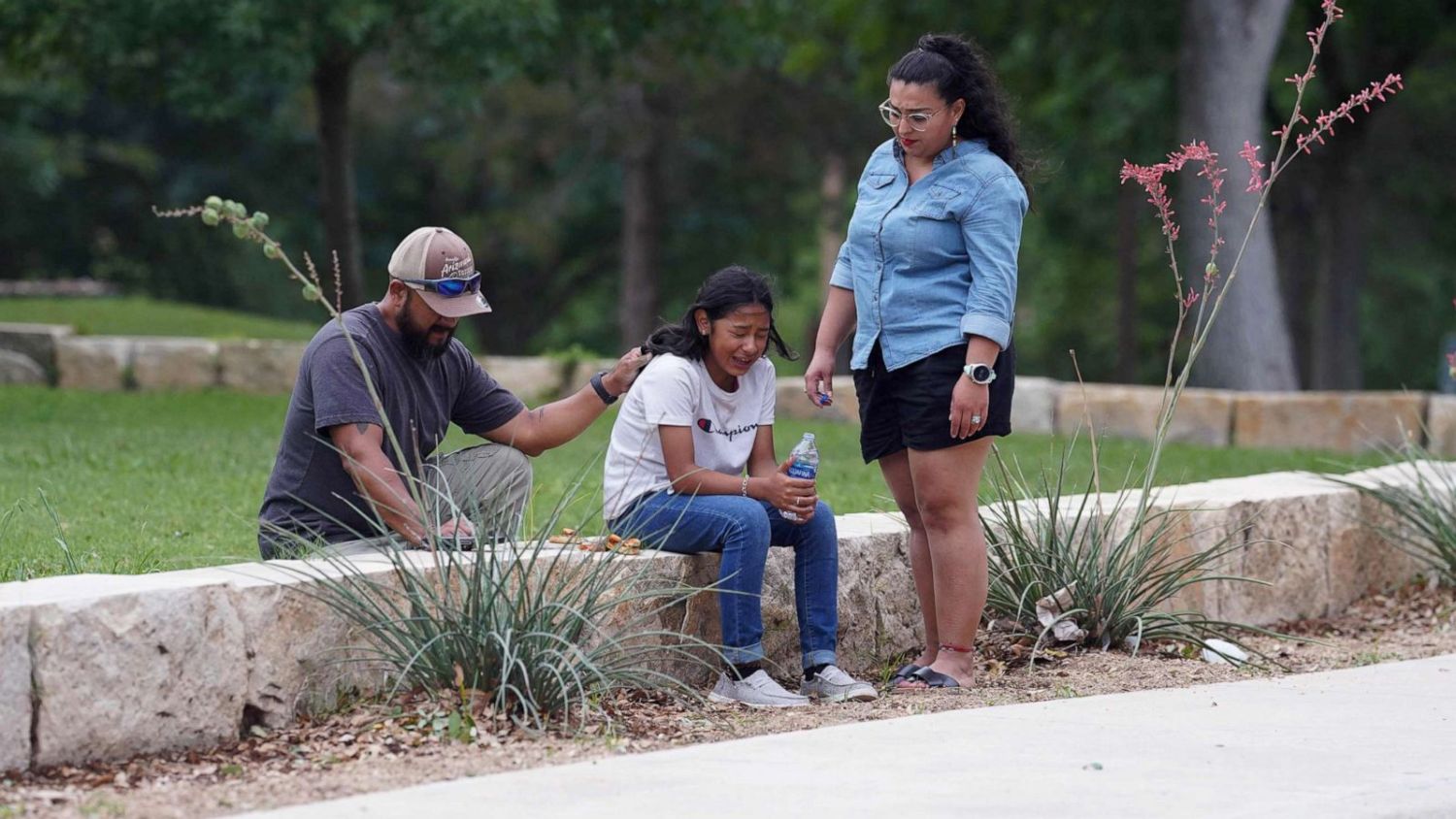 A fourth-grade student who was inside the school described to ABC News the horror he witnessed. He said the students heard banging on a window, and then the teacher saw the shooter:

"She said, 'Oh, my God, there's a there's a gun.' And then she said it was like a big one like that a big gun -- she said, hurry up and get on the floor. We just hear all kinds of gunshots going off, like nonstop, like constant gunshots. And then we're over here all scared. What -- on the ground fearing for our lives." 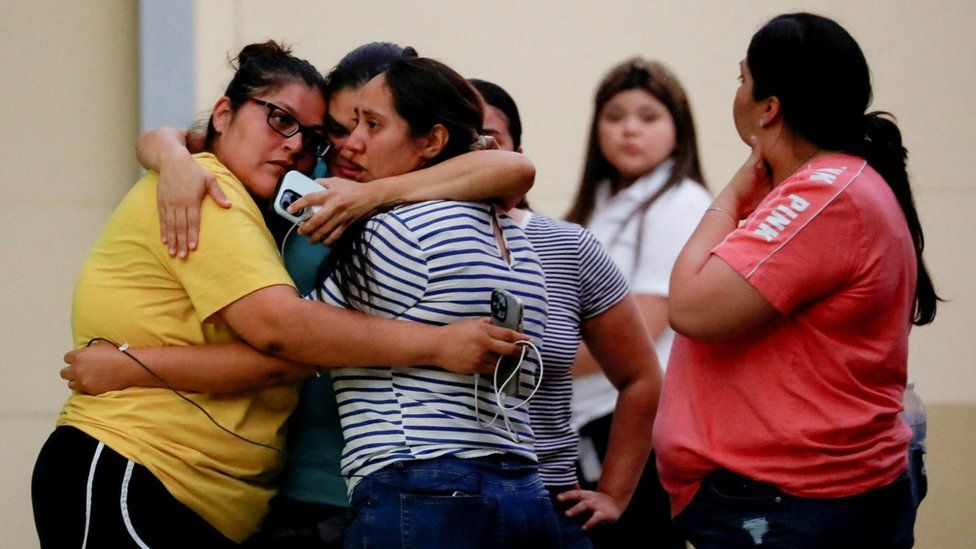 This is a developing story, as the nation is in shock due to this unimaginable tragedy. However, mass shootings are on the rise, and all focus should be on preventing other children from joining the 19 poor souls and their two teachers.

Our thoughts are with the families as we closely follow this heart-wrenching story, which is, sadly, our reality.