Sadly, domestic violence is an ongoing issue, and when kids are involved, the whole thing gets even scarier.

Violence is never an answer, or at least that's what we were taught. But, when you can't stand to watch someone abuse your flesh and blood, you have to react.

And that's just what this 17-year-old did.

The abusive stepfather appears to be drunk

The stepfather seems to be heavily intoxicated. From his body language to the words he uses, it's clear that he's not someone you want near you or the ones you love.

He's throwing things in the video, telling his stepson to go away, then egging him on to fight.

The teenager's exposed to foul language, followed by violent moves. And at some point, the kid loses it, bi**h slapping the monstrous stepfather.

The clip finishes with the teen wishing the stepfather goodnight and storming out. And the step-dad from hell is snoring on the kitchen floor. 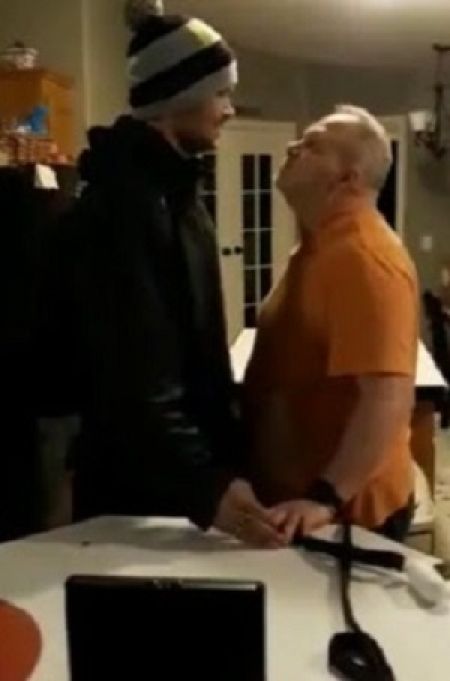 It's quite obvious that the teenager has had enough. We don't know the whole story, but based on a two-minute clip, the stepfather was abusive before, and we can't tell if it was months or years.

No child should watch their parents suffer. But, when you lose your cool, you might face the consequences.

The stepfather seems wasted, so who knows if he even remembers what happened. If he does, he could have the teen arrested.

Luckily, this video, though it shows who threw the first punch, also shows an adult calling the teen "junkie" and using profanities.

We hope that both the teenager and his mother will leave this snoring abuser. We'll keep you updated since this kid isn't the first or the last one having to stand up to protect a parent. 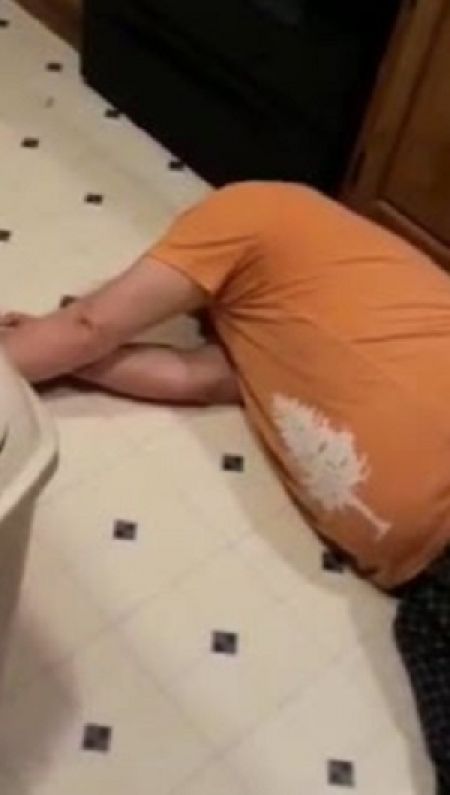 While many people suffer in silence, it's time to name and shame the abusers.

When a person is killed, their partner's to blame in almost 70% of cases. So, don't wait to become just another number.

Remember that bullying and abuse come in various forms, and the abuser's biggest power is in knowing that you feel powerless. Break the circle!