The baby is on the way! Or should we say - babies?

These one-of-a-kind gender-reveal ideas work for any scenario, whether you're expecting one, two, three, or more. We'll assist you in throwing an exclusive gender reveal gathering. It is, after all, why you are here - you are an originality addict. Just like we are. No basics allowed!

Many people aspire to be parents at some point in their lives. You are one of the fortunate ones, as you will soon become a parent. Congrats!

What do all parents want for their children? By all means, all the best. Exactly like you do.

You have no idea how to make your gender reveal to be the best one and as unforgettable as possible, now that it's almost time. It's far too special for you to simply tell others what gender your little one is going to be.

Worry no more. We got you! And we have already done the work for you.

Here are the most unique gender-reveal ideas you've been looking for for your special day.

Note: It will be hard to pick just one. They're all awesome.

Let's begin with this simple one.

You can make these yourself if you have good baking skills. It is also an excellent way to save some cash.

If you are a kitchen dummy, simply place an order at any local bakery.

Depending on what you're expecting, ask bakers to write "It's a boy!" or "It's a girl!" on the little piece of paper that goes inside.

Request that the doctor not reveal the child's gender to you, but rather write it down for you and paste it in an envelope.

Then have a friend take the envelope to the bakery and order a cake or cookies with a blue or pink inside.

When it's time to serve the treat, everyone will be able to tell which gender your child is. And you as well. 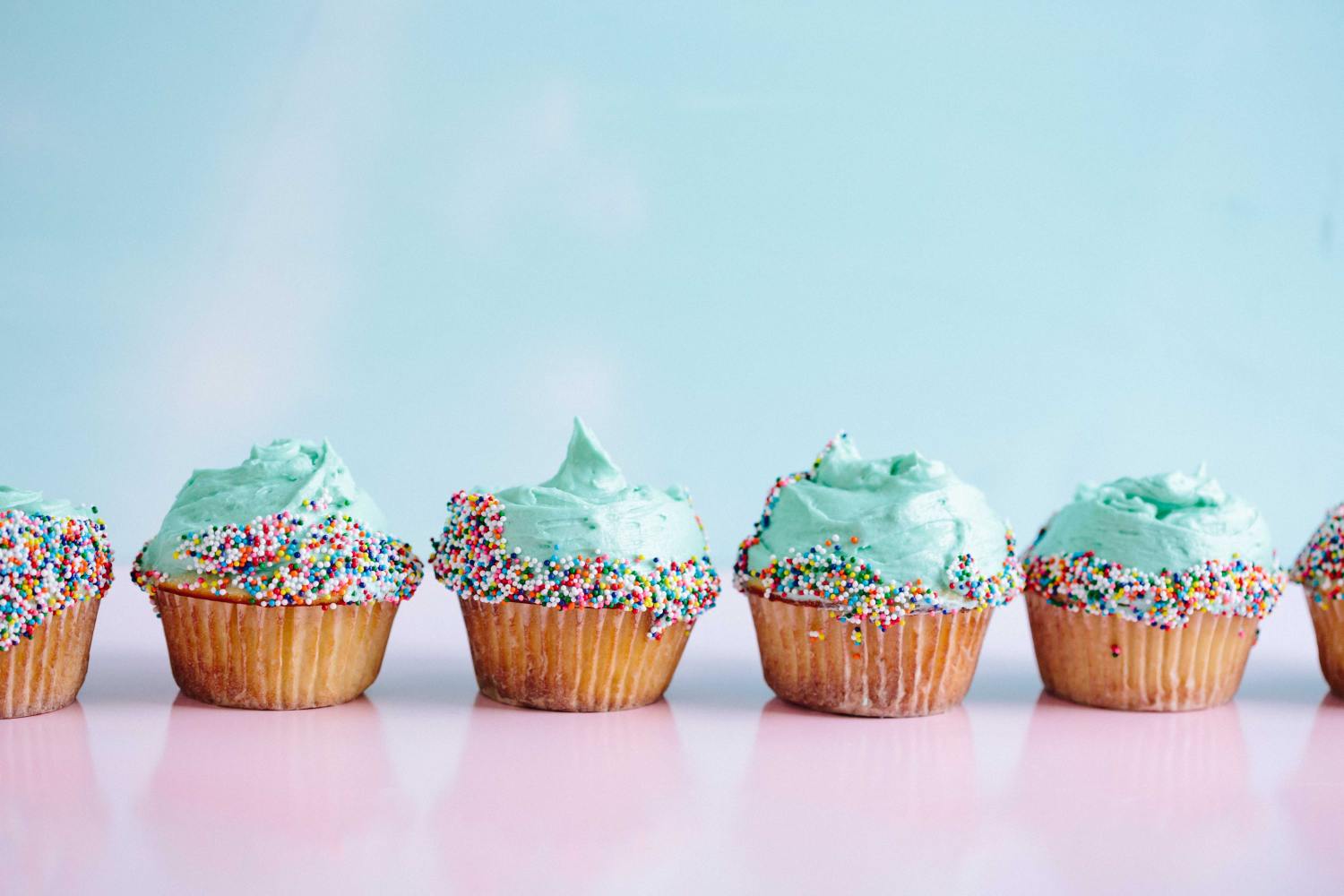 Sweets, sweets. Who can resist them?

Serve cupcakes with visible blue or pink-colored parts at your gender reveal celebration.

You may also make a joke by putting pink glitter on a blue cupcake (or vice versa), requiring your friends to bite it to find out.

The inside of the cupcake should reveal the gender by being colored pink or blue. 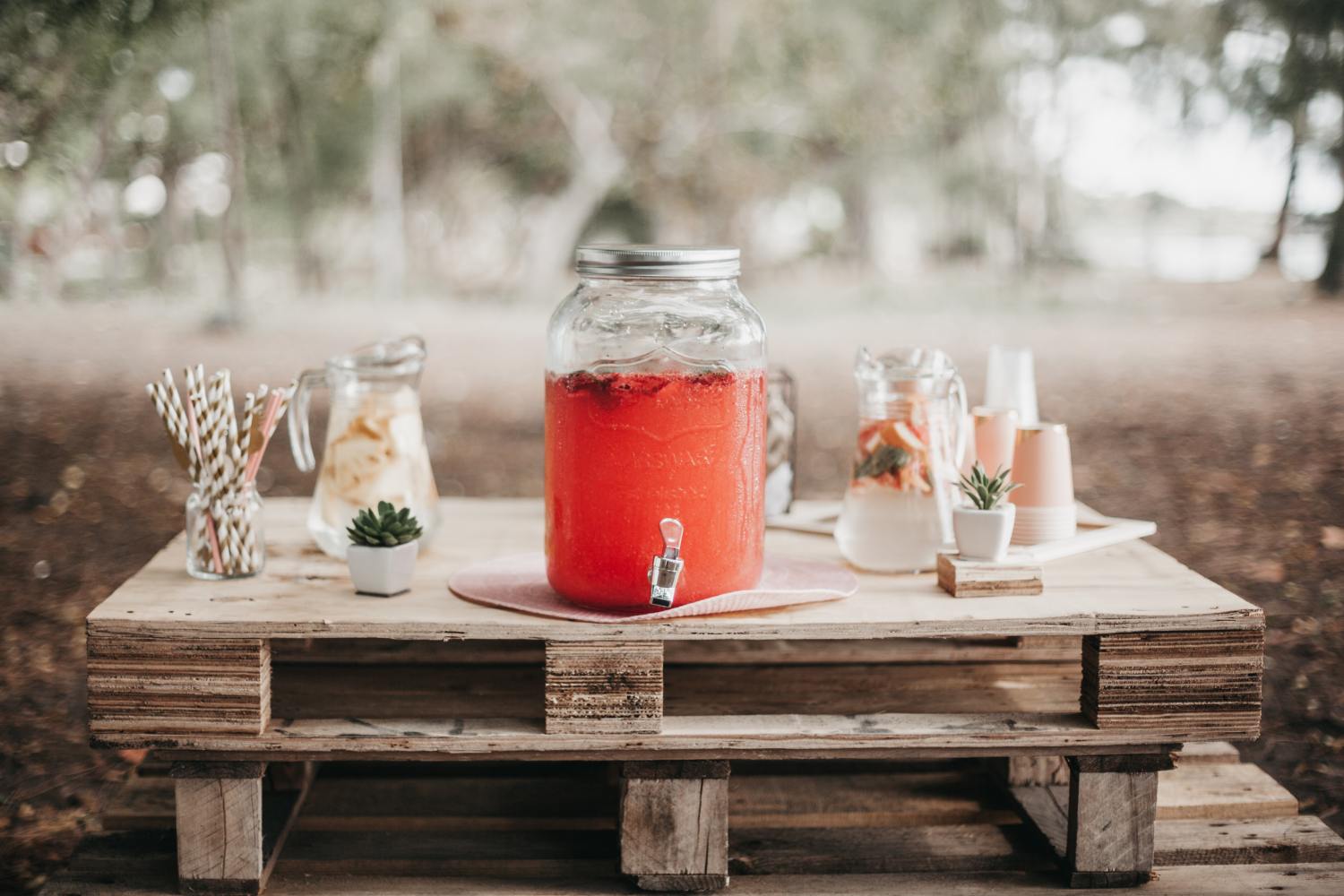 It's a simple but effective way to show your guest whether it's a girl or a boy.

Make a color-correlated punch or cocktail to match your baby's gender. Pink or blue punch? I'm in! Sure it will be amusing to everyone.

You can make it with or without alcohol, but hey! It's a bash! Put a tiny little bit of vodka in there. No one will be upset. Trust me. 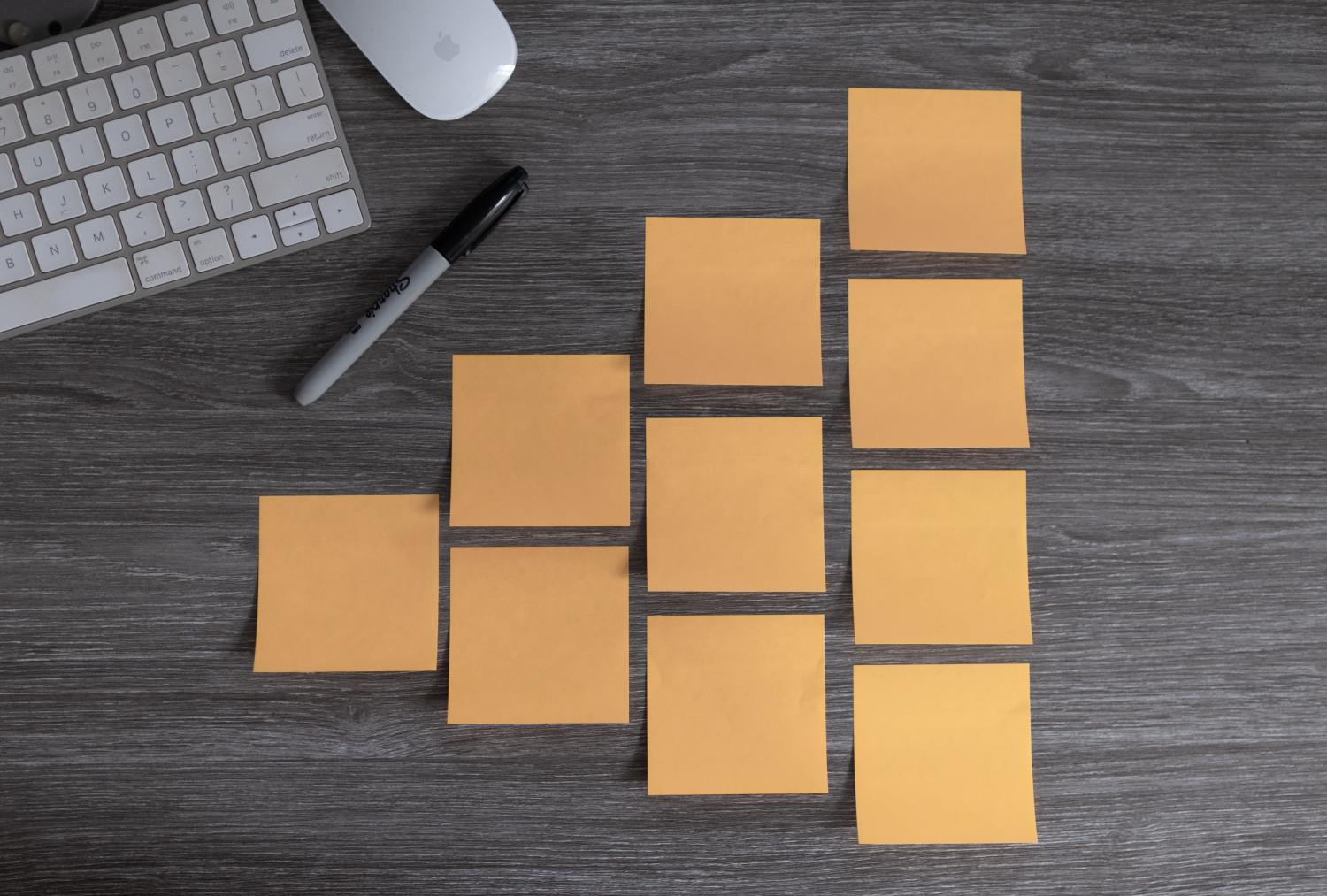 Give each guest a piece of paper when they arrive.

The following are the game's rules:

On one side of the paper, each guest should write their name, and on the other, their thoughts on the gender of the child.

Every paper should be placed in the box.

Open the box somewhere in the middle of the party and take the papers of the people who guessed correctly on one side. Inform them of the results.

To make the game more entertaining, allow those who correctly guessed to write a name suggestion for the child on the board.

You can make custom scratch-off card, which is where the excitement lies.

Make sure every one of your guests has one.

This is a perfect gender reveal idea for distant relatives or friends—just mail the card and wait for their reaction.

Are you a die-hard Harry Potter fan? That's fantastic! We've also got a unique gender reveal idea for you!

You'll need a sorting hat. If you're a Harry Potter fan, you'll understand what we are talking about. Many websites can help you to order it online.

Place it in the middle of a table and place a ball or a doll underneath it. All should gather around the hat and wait for the moment of truth.

What you'll need to do is follow the steps below.

Purchase enough Silly String cans for each of your guests. Wrap them in invisible paper so no one can tell which color they are.

The expecting parents should then be in the center of the circle, made of guests. And the stringing can begin! Your buddies will love this game!

Note: Bring some old clothes with you. It's easier to change than to buy new clothes. 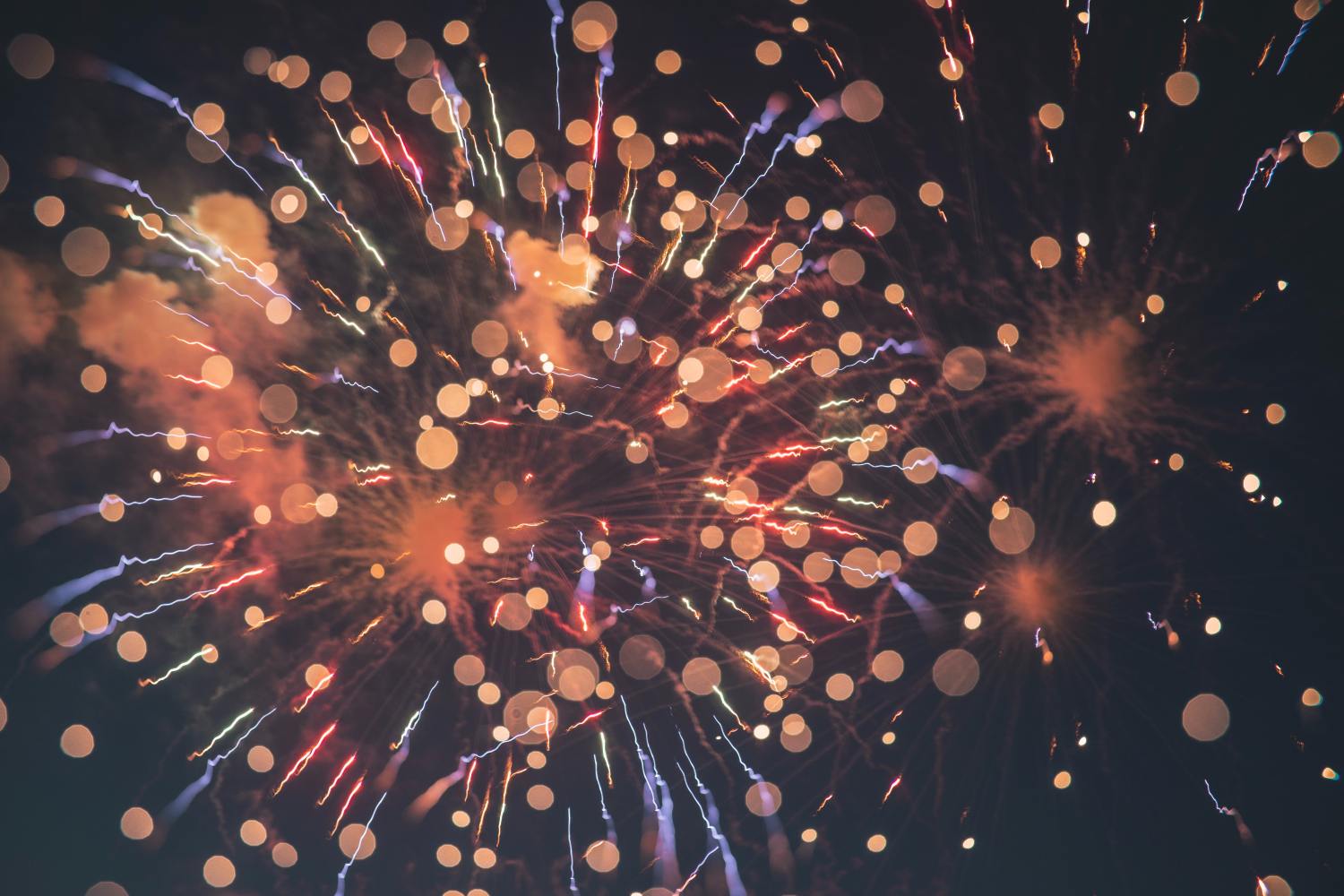 I'm sure you are, hun! However, this song just occurred to me at the moment.

But, yes, there can be fireworks! You can use them to disclose your baby's gender.

Wait until it's dark before turning them on! Blue or pink fireworks would be enough to tell everything.

7. Piñata to the rescue!

Find a shop that has piñatas, and buy a form that doesn't indicate a child's gender. Request pink or blue confetti or candies to be thrown in.

You'll need a backyard for this. Or you'll need to clean all night after the party's over.

If you are lazy and don't want to look for piñata, you can simply fill a huge balloon with confetti. And pin it when you think it's time.

The second option is even easier: Get a confetti cannon for everyone.

Of course, the most important thing is the color of the confetti.

Messy, again, we know. Well, not every day is a gender-reveal party day.

5. What About Balloons Pop Game?

Fill one balloon with pink or blue paint and the rest with white before blowing them up. After that, attach them to aboard.

Non-transparent balloons are needed. Also, there should be as many balloons as guests. When they arrive, each person can choose his or her balloon.

Start the game, and see who among your guests at your gender reveal party, would pop the correct one.

4. Balloons Again: This Time In A Box 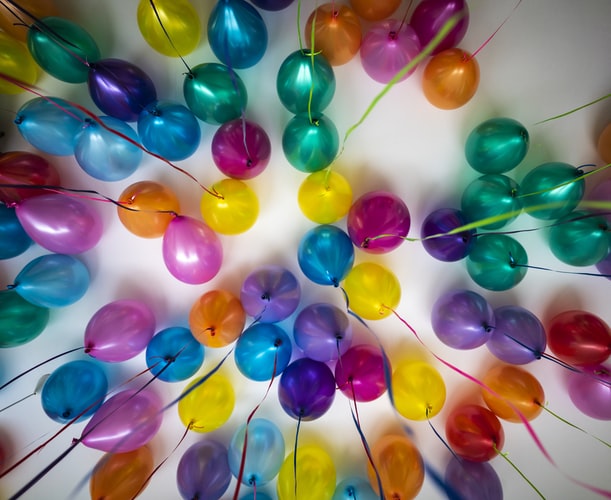 Another idea on a budget.

Besides your unique gender reveal ideas, we were thinking about your wallet too!

Here's the deal: Buy pink or blue helium balloons, place them in a big box, and wait for your guests to come.

When the time for reveal comes, open the box and let balloons fly into the sky while revealing the gender of the kiddo.

3. Use Paint Gun And Have A Fun

This is not a cheap option. And it's only for courageous. Because you'll need a bath after this. A lots of it, actually.

You'll need as many pink or blue paint guns as you can get your hands on.

The idea is to equip your friends with them so that they can paint you.

Prepare yourself to be one-colored. 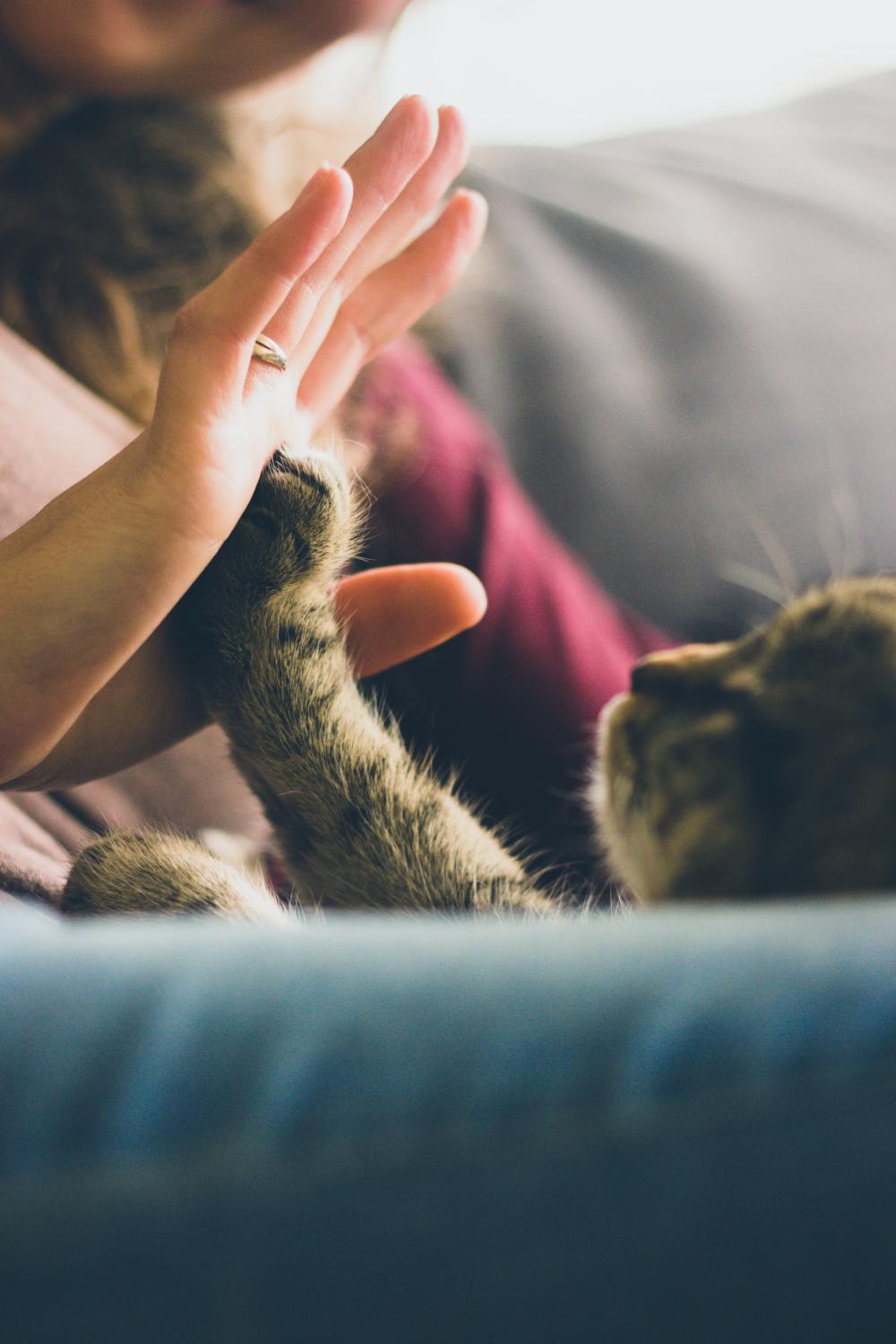 Our pets are, without a doubt, our best friends.

Did you know that they could help you reveal the gender of your baby to your friends? What exactly is the idea?

Tell your guests that there will be a hint to the gender of the baby somewhere at the party.

The hint will be your buddy! But only if it's possible. Tie a pink/blue bow around your dog's neck, for example.

Your pup will go around walking, playing, and barking as if nothing is up. In the meantime, "My mommy and daddy are expecting a boy/girl!" will write on his bow. 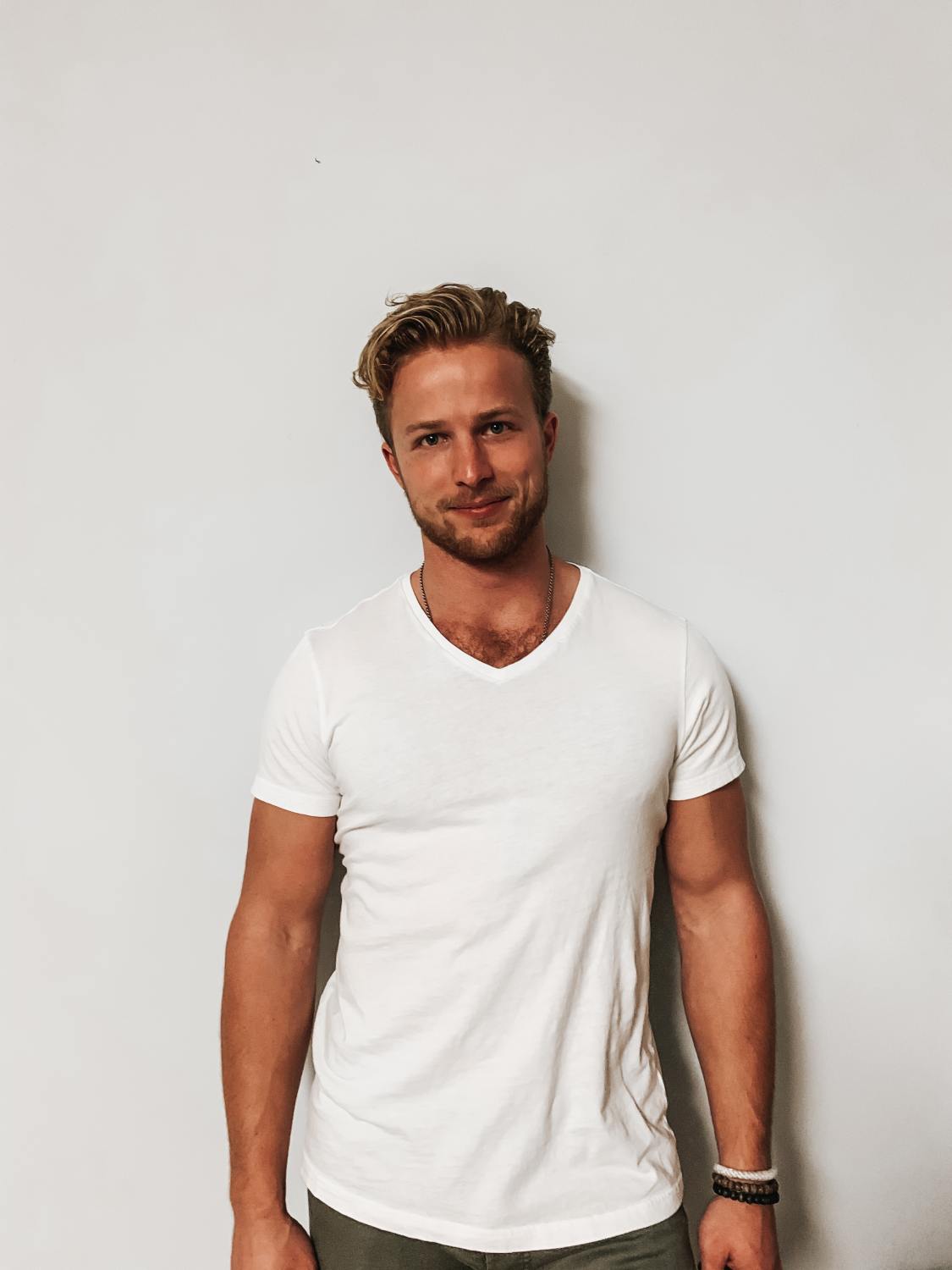 It's time for some shopping!

Purchase enough white t-shirts to fit all of your guests. While you're there, pick up some blue/pink paint!

Each person should wear a shirt with their eyes closed. Either of you (or both of you) will walk by them and leave a colored handprint on their tee.

Option 2: If you have an older child, he/she will be perfect for the job! They will also have a great time.

These were the most unique gender reveal ideas for your special day we have compiled for you.

We hope that you've settled on one and are ready for a big bash.

I hope everyone will enjoy it. Especially you - dear parents-to-be!